This is kind of a prelude or teaser for my upcoming WIP M-Throne Building Contest Entry. Have fun.

Ulrion Prime. A planet in the Ulrion system, located on the edge of the Henndirro Galaxy.


The sun is setting slowly on the outskirts of Ulrion Prime`s biggest City. Two figures stand on the patio between two small embassy buildings that are situated on the shoreline. They silently watch the sunset, while two other figures are taking equipment out of the smaller building and prepare to lock it - apparently for a long time... 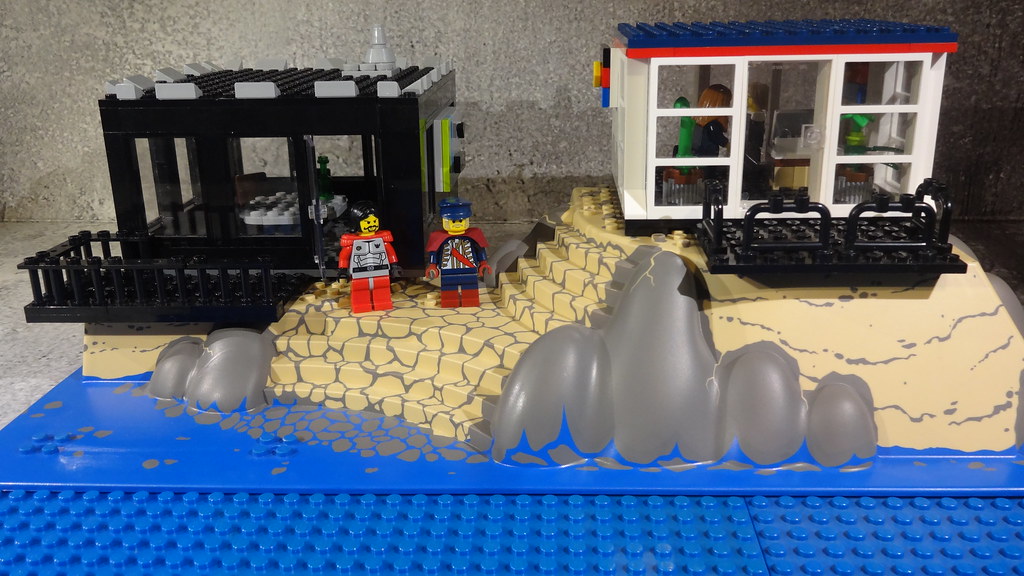 Diego Barrick, StarCorps Ambassador: *sigh* "I`m going to miss the view from up there. On Cyran II, usually the sun is hidden behind the industrial clouds." 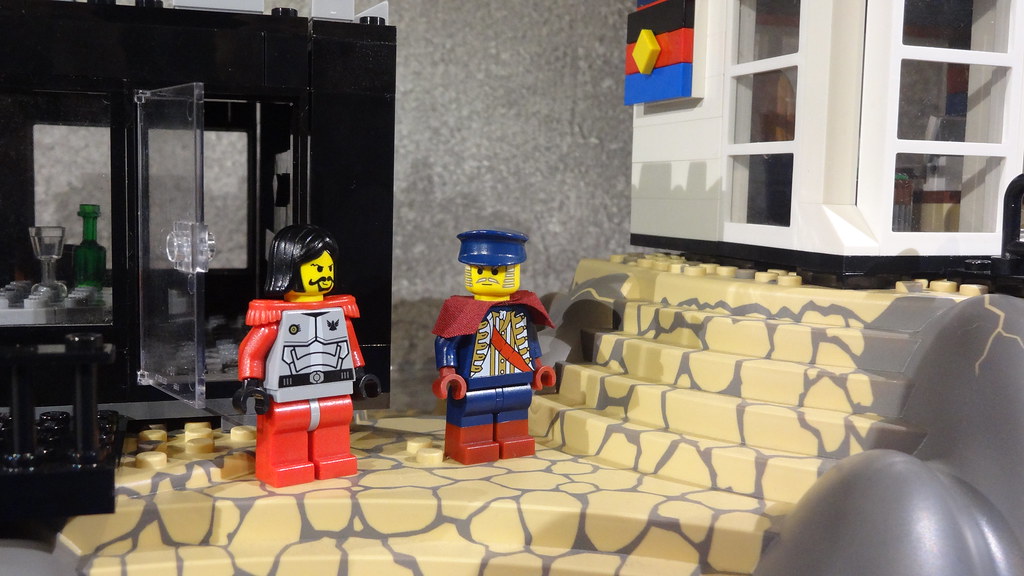 "closing the embassy buildings of all other spacefaring nations just after the new Ambassador of M-Throne announced his inaugural visit doesn`t sound like precautions to me. I know you too well as if you could deceive me with such flowers of speech." 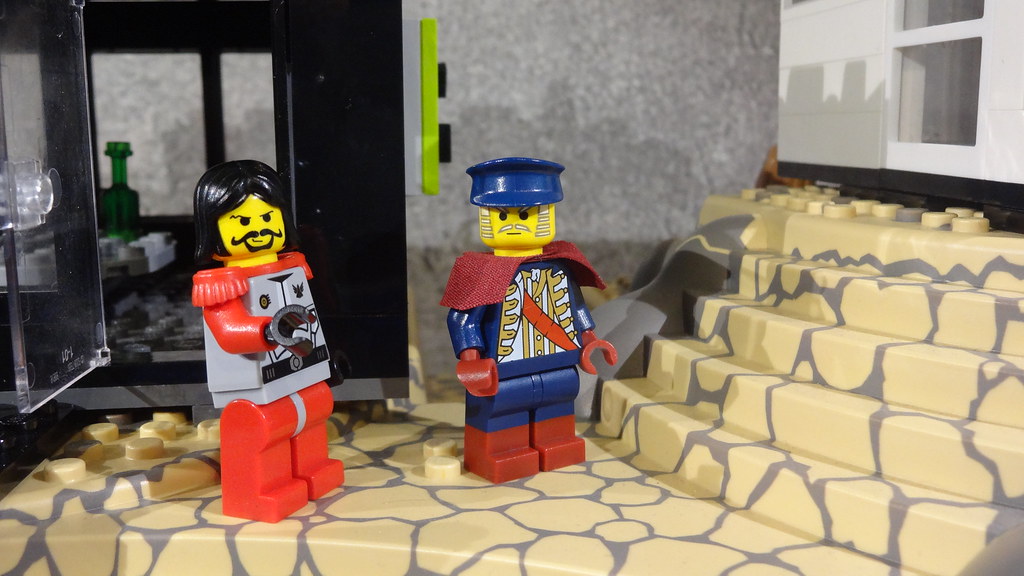 "I knew I couldn`t fool you this way. It`s just the official government declaration. You know the real reason for this as well as I do. The commonwealth is faced with ruin, the government is weakened and ensnared in arguments. People are suffering on many of our worlds because of mismanagement and the greed of the powerful."

"I know all of that, but that has little to do with the M-Throne Empire. Why don`t you ask your allies for help? Why do you send all of us away? You know that Starcorp. LCC could easily bring aid supplies to all of your planets... 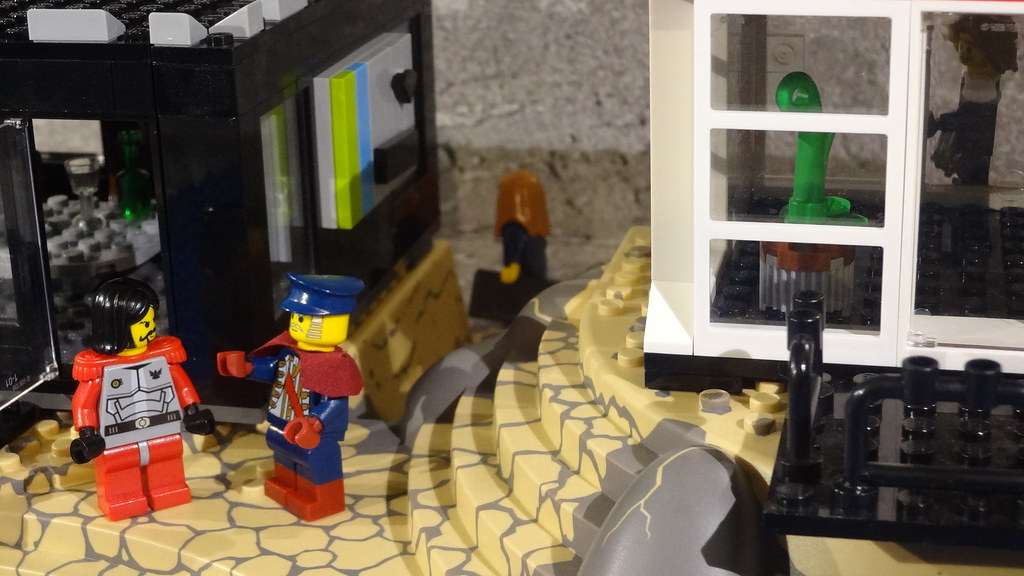 "Of course you could! But that`s not the point! Even if there were enough supplies on all the worlds, the fundamental issues would stay the same!"

"So what`s the point then? Are you talking of a coup?"

"you cut all diplomatic relations. You get visited by one of the largest empires in the BrikVerse shortly after. Is it some kind of... hostile takeover?" 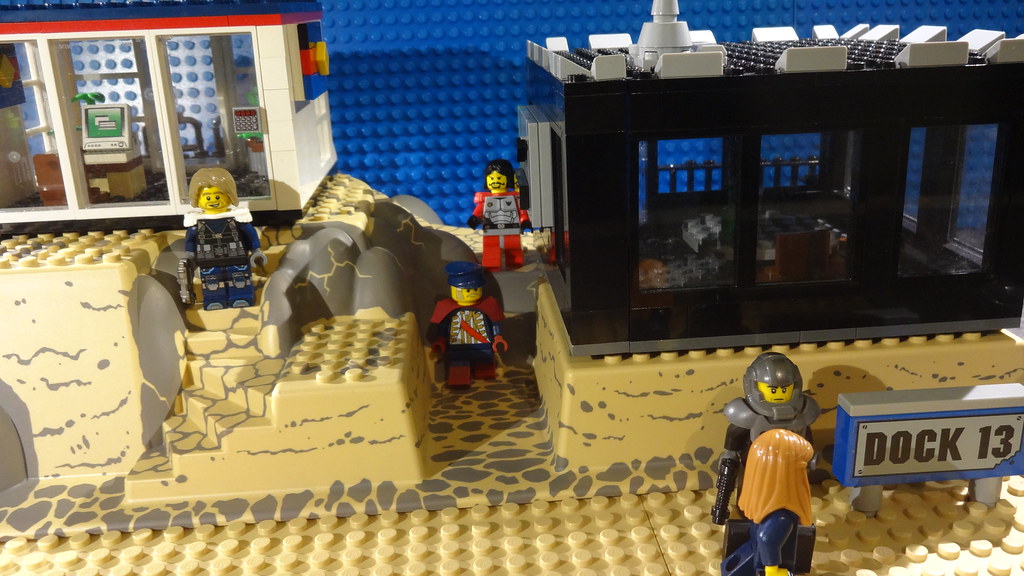 "...kind of. Aside from the hostile part. It`s more like an intended change of leadership."

"Let me guess. Most of the bigwigs don`t know about this. Some of the respectable government members - including you - arranged this in secret."

"I see, you really know me too well. thats exactly what`s going to happen." 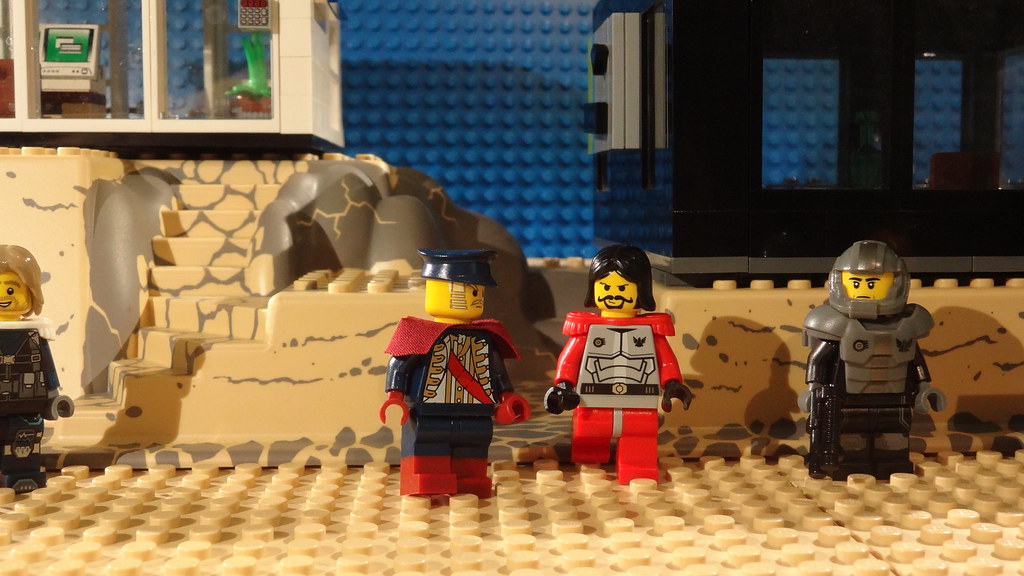 "You don`t say! But all of our allies have nearly the same type of government that we have. And that means there`s always room for greedy paper-shufflers who give a flark on the needs of the people!"

"I see. But do you think that bowing to an Empire you barely know is a better decision than just throwing over and reforming your government?"

McKinley looks sorrowful to the ground after this last words. They silently make their way down a gravel road to the landing platform of Ambassador Barrick`s ship, guided by Ulrion Security Guards and Barrick`s entourage. 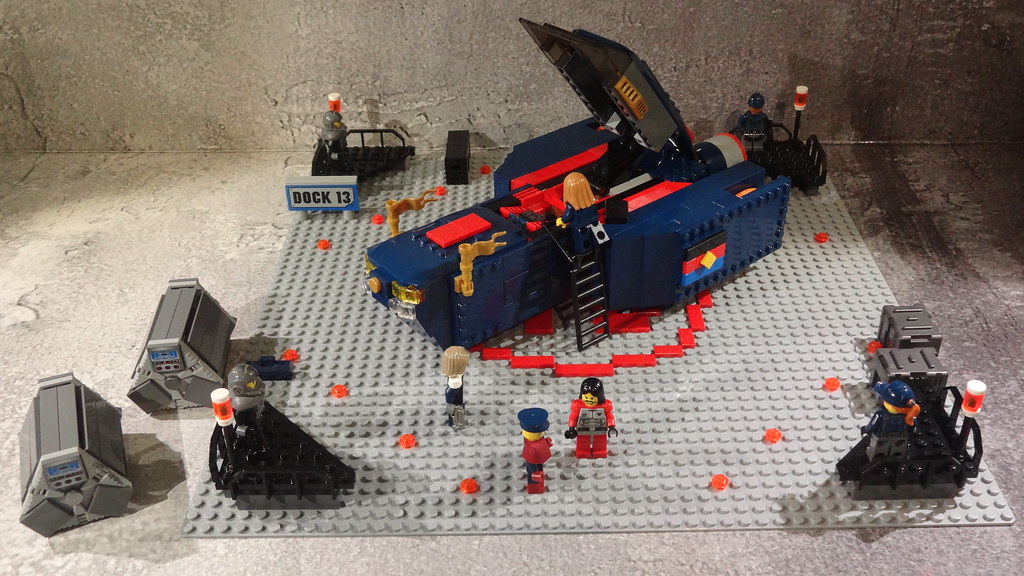 "Listen, Quin. I know that was not an easy decision. I know you want the best for your people. And that`s why I know you would not frivolously make such a serious choice."

"Yeah. The best for my people."

McKinley seems vacantly for a moment

"And in the end it wouldn`t go amiss for us to have a link to the M-Throne Empire. For we have to negotiate with them for ourselves, sooner or later. With all the Events that were triggered after the Reconquering of Ikan Outpost, it would be good to know who`s on whose side..." 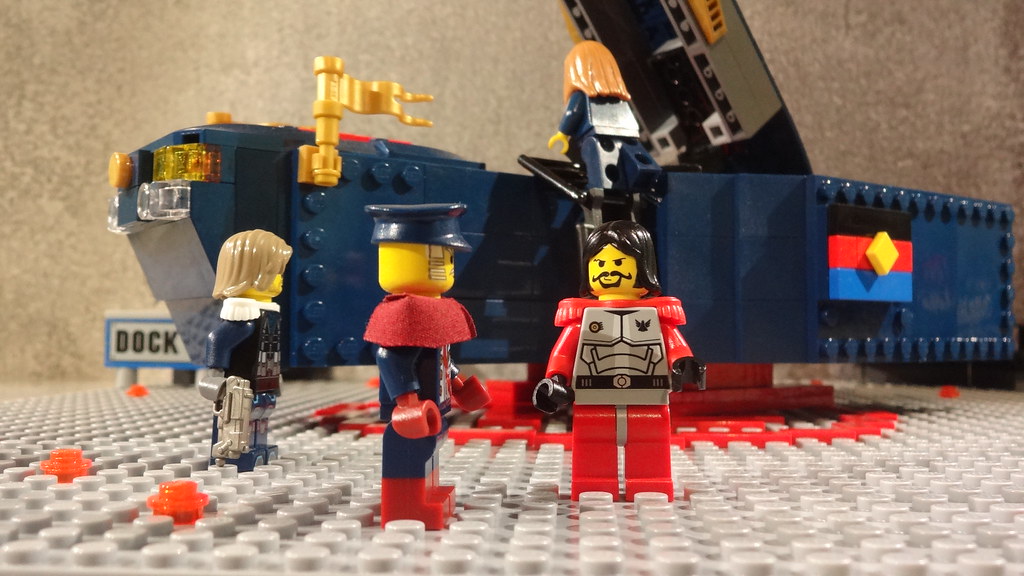 McKinley seems to have his countenance back. He tightens himself and takes a deep breath.

"Yes. A link to the Empire. Thats the right term. You see, it`s not that we`re going to be annexed by the Empire, or getting integrated by force. We`re becoming kind of a vassal state under the Empires jurisdiction. We hopefully will keep a lot of independence, we just needed to get rid of these rotten government structures."

"You are one of the best negotiators in the BrikVerse. Believe me, I know many of them. You will make the best agreement possible. I have no doubt." 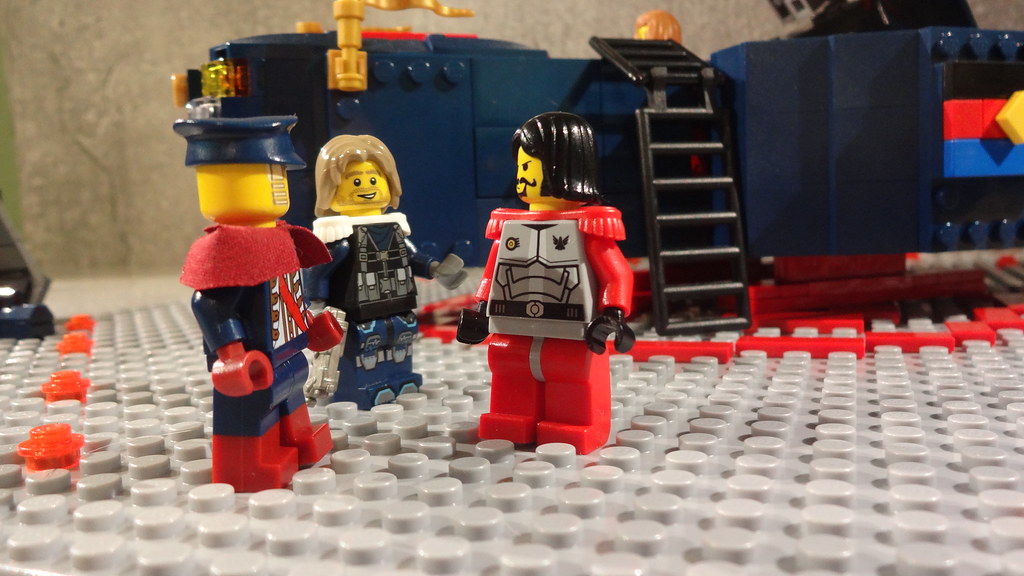 Trenton Porter, StarCorps security chief: "Sir, you have to get on board now. We have to clear the landing platform for the M-Throne Ambassador`s ship."

"Of course, Mr. Porter. What about you and your men?"

"We get off with the last Dropship. It leaves in about an hour from Dock 17. After that, there will be no StarCorps personnel or troops on Ulrion territory."

"Alright, then. See you on Cyran II for debriefing." 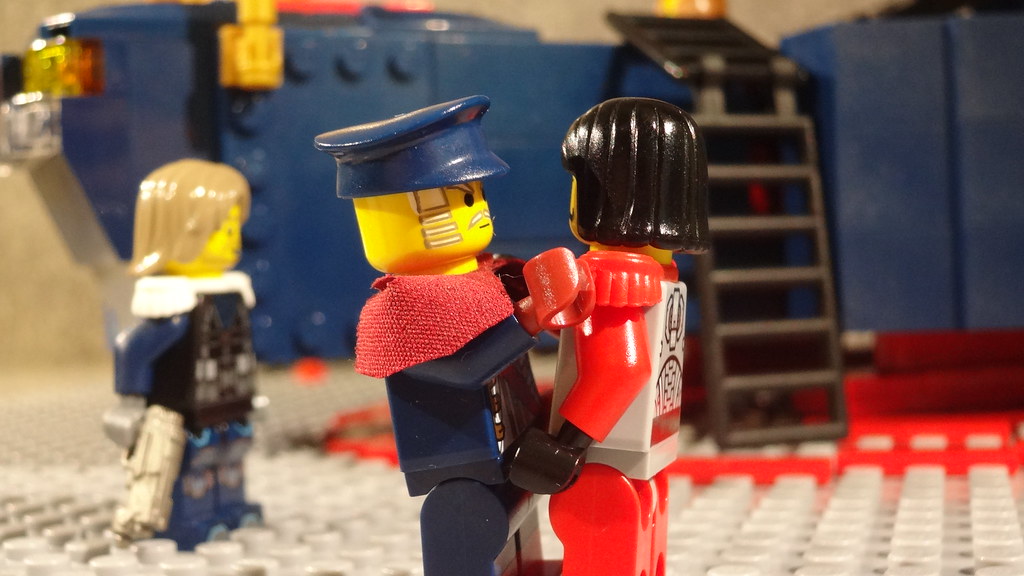 Barrick gives McKinley a hug and pats him on the back.

"We`ll meet again. After these trials and tribulations are through, we will come back and continue right where we stopped now.

"Well roared, old lion. I still have that bottle of Kedanian Whisky that we need to try."

McKinley pats Barrick on the shoulder. 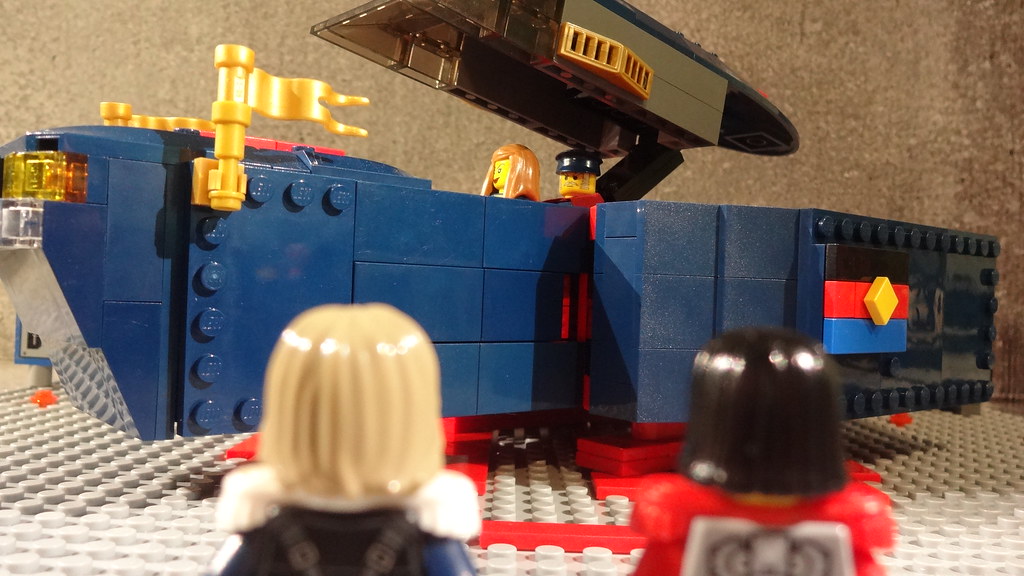 Barrick boards his ship. As the engines start up and the cockpit slowly closes, he disbands with the StarCorps motto: 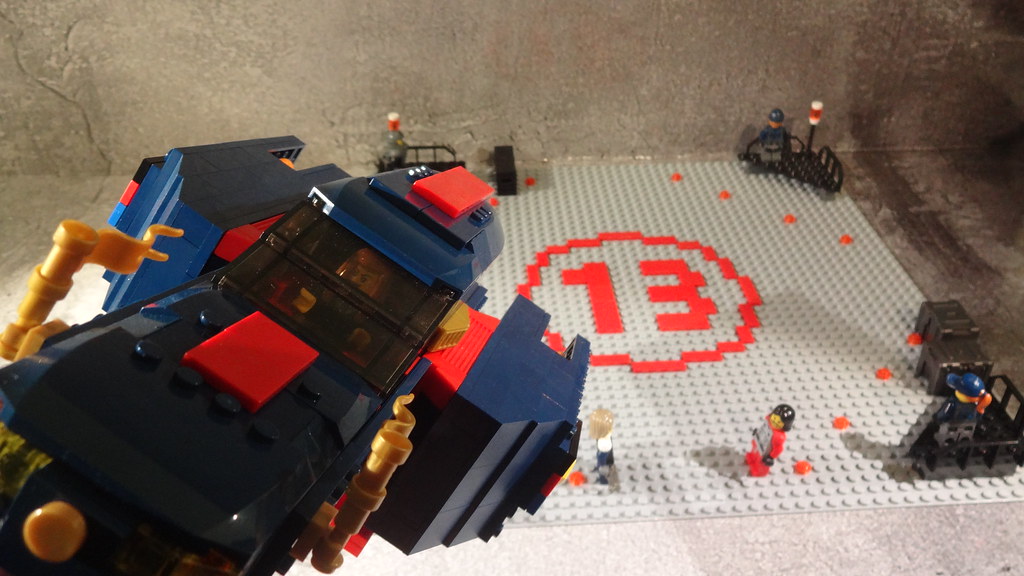 The ship takes off, heading towards the next G.A.T.E., which will take it back to the Cyran System, the StarCorp. LLC Homeworld. McKinley`s gaze follows the departing ship as he mumbles:

This is a great soap
I make apocalypses and apocalypse accessories.

Enjoyable read, nice scenes and good use of closeups together with the narrative. Picture quality is good too. And out of all of it, I'm the most impressed by the triangular crates by the landing platform.
Halcyon Empire Marines * Halcyon Empire Arts & Culture
Crocs
Top

This is AWESOME. Great storytelling and superb ship design once again. Can't wait to see the M-throne ambassador!

Edit: I made Quinton McKinley for myself