The Monolith is a Large Supernatural Space rock that appeared first in the dreams of then Ruler of the Galacian Imperiya Alex Shulga. After unwittingly making contact with the crystal, it bridged a connection between itself and the material world. Causing a Resonance cascade that effectively erased most of the Gold Sector and used it's energy to create an alternate dimension to which it could shelter itself from Ragnablok

The connection between Monolith and Minifig caused the two to merge. The alternate dimension that was created, used the mind power of Shulga, the life force of all the minifigs killed in the Gold Sector was transferred here. And a new realm with it's own unique life and civilization began.

The Monolith and the now corrupted "MonoShulga" became merged, One entity with two bodies. Tied to each other. Shulga was forced to create a souless avatar body if he wanted to interact with and influence the new worlds. Effectively known as the Monolith Battleplates. The world had been created and influenced with his own ideas, and thus he treated the realm like his own personal toybox until discovered and confronted by Kast, a survivor of the cascade.

Until Kast spread word of it. The Inhabitants of the Battleplates were unaware of the Monolith's existence. The Battleplates weren't even referred to with it's name, simply being called "The Realm" and as far as they were concerned, the only "gods" that existed were the beings known as the "Ancients" or "Elders". who possessed signifigant psionik power... (But were also mere creations of the Monolith)

While it is all powerful within the confines of it's own reality. The Monolith is unable to exert many of it's abilities are ineffective or outright useless towards beings that were not created by it. Meaning outsiders can pose a threat to it.

The Monolith resides in a hidden location accessible only by teleportation, known as the Nexus, a bleak, cold. Black plate world that house many of the realm's central systems and most powerful artifakts, hidden away from sweaty minifig hands 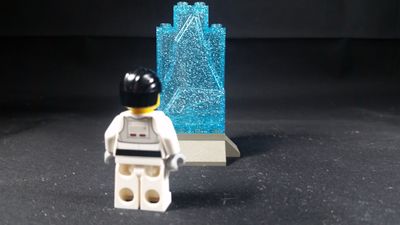 The Monolith makes contact with Shulga, in his mind. Destroying everything around it and wiping out an entire Star Sector.
Retrieved from "https://brikwars.com/wiki/index.php?title=Monolith&oldid=20146"
Categories: