BrikWarriors, rejoice! The time for shenanigans and frivolity is at hand. Throughout the shattered spacetime of the BrikVerse, at some point in each Rekonstruktion, the background Bozon radiation suddenly, mysteriously, and violently spikes and sends a shockwave of ridiculousness roaring with laughter throughout existence. Everything briefly goes wonky in the wake of the hijinks. Parallel universes are born and die. Forgotten fragments of time and space suddenly reappear and vanish without a trace. Empires great and wide cease to exist while he tiniest of factions becomes powerful beyond measure. Heroes are born with different faces. Forces and phenomena have different names and exude new powers. Every troll is trolled and as new background music is hilariously chosen to blare across the Far-Ums Emergency Broadcast System...again, the natives chuckle and shrug and the chaotic mess called the BrikVerse gets on as it always has.

Those wishing to participate in the contest should submit any kind of original presentation they wish (battle reports, forum battles, chat battles, magic soaps, brikfics, setting content writeups, graphics or art, videos, etc.) that non-canonically expands upon, recognizably transforms, or otherwise explores the content creations of other community members via a new thread on the BrikWars Forums between April 2, 2017 and May 5, 2017, including the identifier tag [FoF17] in the title. A list of entries will be compiled at the end of this post and updated periodically throughout the contest but please link any entries (just the link to the entry, please don't post the actual entry here) as a reply in this thread anyway.

Any entries that require the participation of other brickwarriors should take place wholly within the contests timeframe or be docked points in judging for incompleteness.

Entries may represent any tone or style, though preferably one that remains brikwarsian overall. The purpose of the contest is to explore fresh new ideas and perspectives and open up possibilities so anything goes, really. From the silliest thing imaginable to homages most deadly serious, the goal here should be to explore one another's content in a creatively playful way, to have fun with it. Entries might open up future collaborations between like minded creators. A BrikWarrior might like an entry and decide to canonize it. Participants are encouraged to explore ideas freely but to please do so in good faith and with respect.

Obviously, this contest's core concept is found broadly (one might think of fanfiction, for example) but this forum does have a notable precedent called "Maeby's Cannon." Posts are often tagged with this identifier to denote content that is, at least initially, non-canonical. Coined by forum user Silverdream, the phrase is an intentional misspelling of "Maybe Canon" and is a Schrödingeresque description of materials that are not canon until, in fact, they are. Much of the Maeby's on this forum is fiction but participants in this contest should not feel limited to that scope. The tag [Maeby's Cannon] is implied in the [FoF17] identifier as this contest wholly embraces the idea.

Judging of the entries will commence immediately following the contest, beginning May 6, 2017, and will end no later than May 14, 2017. The final scores will be announced and formalized in this thread on May 15, 2017.

For the 2017 Contest, the following are Judges:
The following are Secondary Judges:
Judges will examine each entry and score it based on the following categories:
Each Judging Category is rated on a scale from 1-10. The scores from each category will be added together, with the exception of Presentation, for an individual Judge's Total Score of between 3 and 30. The Presentation Score will only be used in the event of a tie between entries. Total Scores are added together to create an entry's Final Score, which is compared to the other Final Scores to determine an overall ranking in the contest.

Judges are encouraged to keep an open, diverse mindset when judging entries as they are not inherently required to adhere to any particular interpretation of Kanon or individually preferred tone. In short, we all have a good general idea of what constitutes as Brikwarsy but a great many of us have some pretty different ideas about the specifics. This contest, in particular, breaks even many of those boundaries on purpose.

The 1st Place Winner will become our first BrikWars Grand Jester, join the Royal Kourt for this year, and gain full on bragging rights as the funniest and most creative BrikWarrior around. They will also earn a unique custom badge (shown below), which will be pinned to the winning post and generally used however the winner sees fit (such as its inclusion into their forum signature). 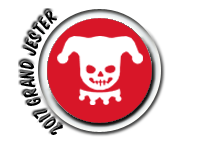 Enjoy the Feast! Happy BrikWarsing and, as always, Have Fun.

We're going to give this one a shot after all.

Who wants to be a judge?
Top

Seemes fun! I could judge!
Top

So the main point of this is to make non cannon entries and things such as stories creations events and the likes? So for example could i make a vehicle or squad that belongs to a certain faction non canonically or should it be more history or story related? (Sorry but the point seems rather vague to me)
Top

I'll be a judge.
Top

It is a broad concept, for sure. Folks on the chat will tell you I worried about it coming across too vague myself.

Both of your ideas would be valid entries, bann. Let me try to clarify some.

The contest just gives you license to play with other people's toys. Maybe you've always liked a particular faction but felt there was an unexplored avenue. You could write a story exploring it, make a build representing it, run a battle to involve the faction in the idea. Whatever you want. It's a kind of a chance to play a game of "What if...?" What if M-Throne was a small, struggling empire? What if the Immortals had actually made it past Fico? What if Trats could fall in love? What if Trion was infected with a rampant vampire plague and they all become emo vamps? What if the only outside invaders were Army Men? What if the NegaVerse took total control of the BrikVerse? What if all the QuantumSurfers were killed off? What would the end of time look like? So on and so forth ad nauseam.

Or maybe you just love someone else's idea and you want to pay homage to it. You think Vol are the coolest faction and you want to feature them in some ramped up hijinks. You think Major Natalya is such a badass hero and you want to write a story about her. You think M-Throne's oversized builds are the best on the forum and you want to do another one that hasn't been done yet. You enjoy Mike's art and want to create some graphics of your own to represent certain BrikVersian ideas, factions, or characters.

There's even a small opportunity to test out new ideas for existing stories, builds, and the like. Maybe you want to make a Magic Soap for the Magenta War that could provide a springboard for future collaboration if people like it enough. Maybe you like one of Zahru's superb builds but want to reimagine it using roughly the same pieces, colorization, and overall design as something different (a mech into an organic creature, for example).

I think there might be a couple of significant challenges inherent in this particular contest. First, facing down the Tyranny of Choice. Any type of creation is welcome so it might be difficult to choose a direction and a focus for yours. Second, the judging categories are set up in such a way that you have to work to find a balance. Making Trats into a militant faction of latin lovers might net you a decent score in transformation (maybe, depending on whether the judge is looking for cleverness or scope) but doesn't necessarily secure high marks in depth. Depends on how well you present it and how believable you can make it.

Anyway, hope that clears things up. The contest may not be for everyone but several folks have shown me interest so I decided to just go ahead with it. It might end up being less intensive than the Build, for example, but that's okay. As with all these first runs, we'll just have to see how things shake out. If anyone has any other questions, please don't hesitate to ask. And if you have any suggestions for the contest itself, I'd love to hear them.
Top

On the one hand, I've gotten direct interest in this from some of the chat folks. Also, there are nine votes for the title which seems to indicate some small interest.

On the other hand, there doesn't seem to be much else in the way of indication of interest.

It's fine either way (not complaining or anything) but if interest picks up later in the month, I will need two more judges please.

Also, I'm going to end the vote on the 10th. Currently, Grand Jester has twice the votes of anything else so it looks like that will be this contest's winning title.
Top

6 hours from now, the 5th will be over AoE. I think we can conclusively consider this particular outing a failure. I do want to thank Silverdream for participating. I actually really enjoyed your story, mate. It just seems like a bad time for the contest, I think. Half a dozen BrikWarriors thought it was a neat idea but I think we were all just too busy to pull something out for this one. I wanted to lead by example and had a couple of ideas but I just couldn't pull it off.

I think it's safe to say, unless someone posts something before I check the forum later this evening (and if you want to go ahead...it'll be long after six hours before I check but that's ok), that Silver will be our one and only Grand Jester. I'll probably hold the contest next year too just to get a more accurate gauge of legitimate interest and participation. We'll see how it goes then.
Quantumsurfer's Narrative Index
Top

Who's a backup judge that's gonna judge my work though?
Top 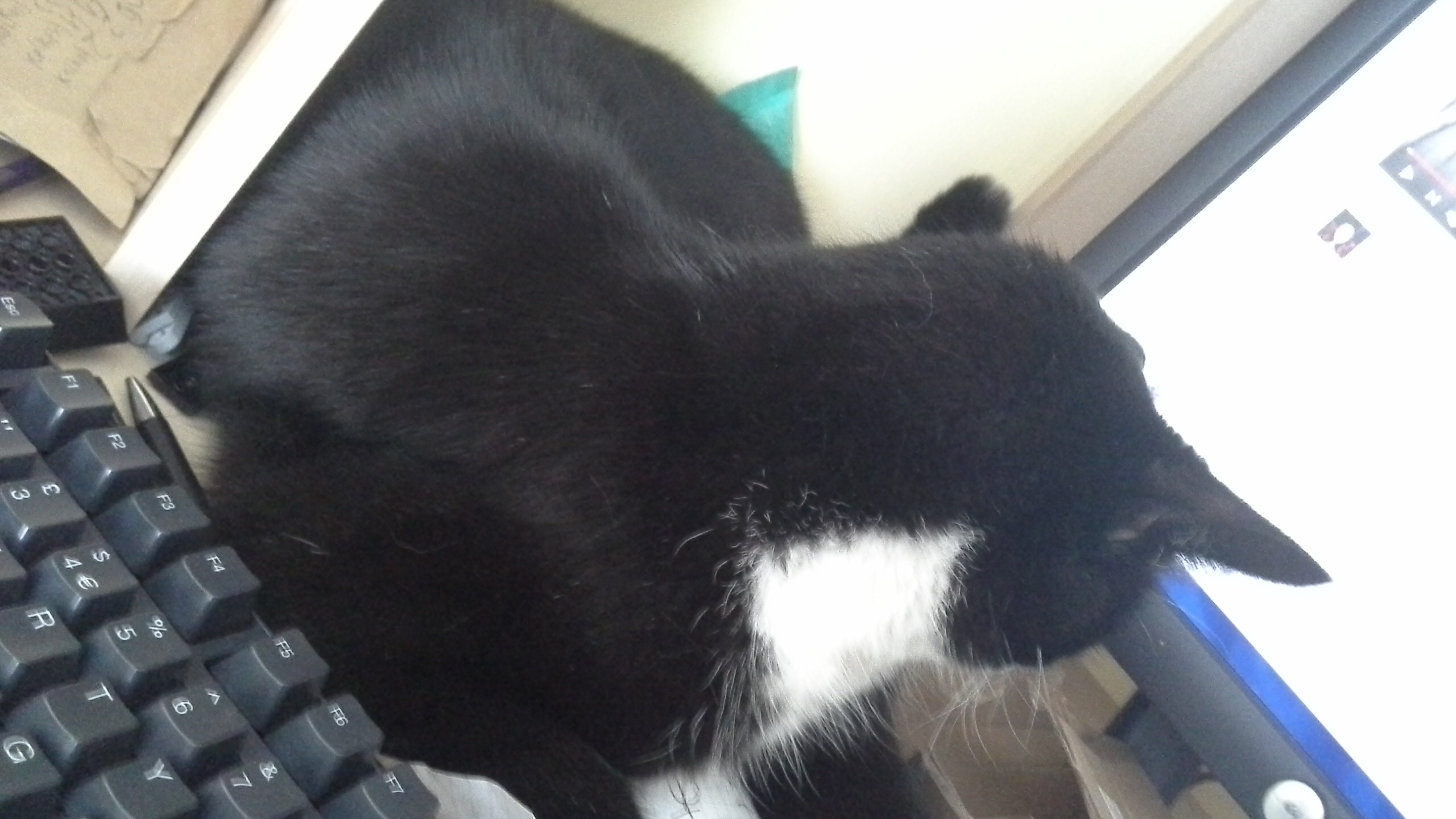 wicket killed everything the end

Rip, yeah this is a hard time for a contest with finals around the corner.
"Tallyho lads, snuggle the houses and burn the women! Leave not a single potted plant alive! Full speed ahead and damn the cheesemongers"
Top