So I have decided to begin accepting early sign-ups for my own BrikwaRPG. This is mainly to test out my own ruleset as a possible alternative to Zupponn’s. Read the link first as that is the ruleset I will be using in this battle.

To sign up, simply list a character, equipment and any attributes (SD, abilities, specialization, etc.) within their limit (which in the case of beginners is 6 points). Backstory and a picture would be looked upon very favorably. As a note for those who want to individualize further, I have a list of plastik armory abilities with descriptions and costs on the second page of my ruleset thread. I will do my best to construct your character to the best of my ability and will post the results in this thread (the actual BrikwaRPG will not start for a while as explained below)

---
NOTE: Due to upcoming AP exams, this is not actually starting for a long time- I’m thinking summer break here. Only sign up if you think you will still be active around then.

(So I want to have a SOB teaser for this, but I need to have the brikwaRPG characters to make it- that is why I am accepting them so early)

by Gorono
Hello ! I am back from a long vacation. I want to participate but I want to ask for an example character since I can't get the rules quite a lot LOL. Thanks btw ! 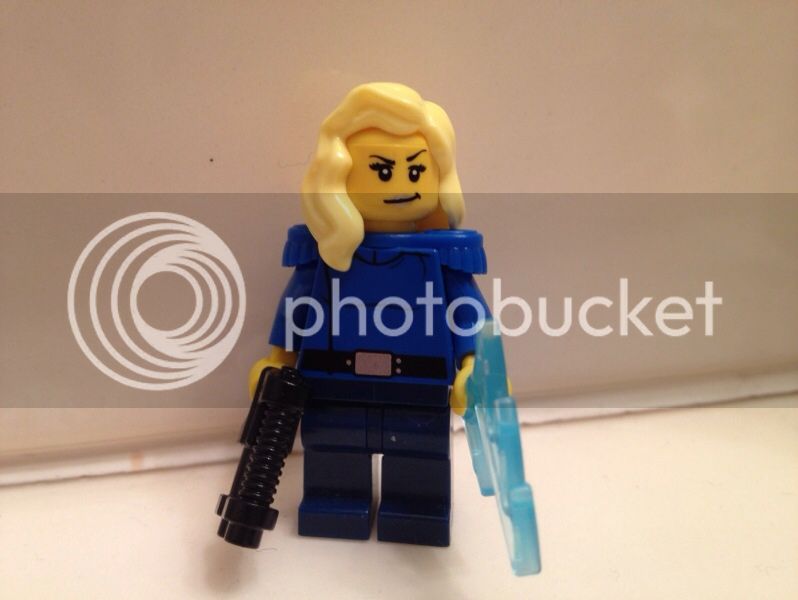 Ambassador Nadine C. Cándida
Equipment:
Pistol (3cp) and Laser Blade (2cp) for a total 5 cp (under limit of 6)
Attributes:
Trollolol (4 points) (under limit of 6)
Backstory: Ambassador Nadine once served in the AN peacekeeping corps before becoming a diplomat. She was appointed to represent Trattoria at some of the boring AN General Assembly committees, and gained a reputation as a political firebrand who often provoked other delegates. After Siri took power, the more conservative senior ambassadors were sacked and Nadine was promoted to Chief Ambassador to the AN. Nadine gained infamy in Trattorian political circles for an incident involving a steel-cage death match with the Scythian delegate. The AN now disbanded, she is looking for something new to enliven her life.

by Scratch
Going to go with a bit of a non-sequitur here.

Globe Drone
Equipment: Hoverjets, for 7 inch move, possibly an underbelly blaster if possible.
Abilities: When non-moving, becomes a size 2 Spawner of robotic vermin/vermin-sized cannon fodder.
Backstory: After the Space Mafia's absorption of all the crime networks on TA planets, The Great Mobfather, Scratch, decided to create a device to serve as an extension of his Heroic Ego. Modeled after his Vanity Death Mask, these drones serve many functions in the Mafia's arsenal, such as courier, scout, and infiltrator. This particular unit serves as a mobile defense mechanism, spawning small, easy to kill bots to swarm. His pre-programmed mobster personality is set at "Gentleman Thief".

Backstory: She grew up in a city with plenty of forested areas, becoming a skilled baseball pitcher along the way. After the gods grew bored with baseball, DeCoi fell back on her stealth ability, becoming a mercenary who usually works with ninjas or scouts. DeCoi is sent in as a (what's the word, it's not distraction), playing her noisy instrument and taking advantage of her stealth ability to evade her enemies' attacks while her allies ambush them. Her dynamite is used as a deterrent for close range encounters and advancing enemies, and her baseball is used when she runs out of dynamite.

Tell me if I got the cp wrong, also she's in forest camouflage in the above picture.

@Scratch: EDIT: Size 2 spawner costs four points and can make two units per turn. Thanks, Brikwars 2010.
@Silva: I slightly changed the costume to better fit the description as forest camo.

Note to self: Implement custom move for starting units as an attribute in the future.

Colette wrote: Uncertainty Principle - this is not actually starting for a long time

Captain JAM
Equipment: Dual Desert Eagles (I dunno point cost, sorry)
Attributes: Flight (cuz he has wings)
Backstory: Captain JAM leads a rag-tag group of misfits in a post apocalyptic world. He is crude and high on himself. Has a "shoot first, ask questions later" kind of attitude. Gets out of tough situations by letting his guns do the talking. Captain JAM's crew always has power struggles, not only for his position as the leader but for his second in command which he offers no solution for due to his attitude regarding his own death... that it won't ever happen. He settles power struggles for his position how he solves everything: with a severe ass kicking. Captain JAM's on and off again girlfriend Domina Trixie has broken up with him again and he said "Fuck it!" and left the group for now to pursue other ventures.


Let me know if he's too over-powered. He could y'know, not have wings and the flight ability. He could have an ability to allow odds to shift in his favor or something along those lines. Also, I just saw this and said "Hey, what the hell this looks fun!" and posted... I dunno if this is a thing that I don't belong in or whatever... lol. Anyway, thanks!

by R4m3N
Can we still sign-up for that? I would be really interrested in joining the party. Equipment:
Pistol (3CP) Aztek sword (2CP) = 5 CP
Attributes:
Still to determine
Backstory:
Wak-wak was a great warrior on his native planet. He fought beasties after beasties and creatures after creatures to protect his village from the hostiles forms of life whom are living on the covered in jungle planet he was living on. He is brave and he will fight until he dies. He wanted to find challenge and this is why he lef his native land.
All times are UTC-05:00
Page 1 of 1
Powered by phpBB® Forum Software © phpBB Limited
https://www.phpbb.com/