Here we go everyone! I've got Rainbowist orders for the first two turns. This is the first one. Most of you are still moving into position to carry out the main parts of your orders; I'll be pausing here for just a second to brief the Anti-Rainbowists in case they want to set up any Response Actions before you come in range.

For convenience's sake, I moved teams in the order that would prevent everyone from tripping over each other. I Sprinted the armored units and the guys in back as necessary to keep up with the guys in front, since it didn't look like there was any chance they'd be needing their Actions this turn. 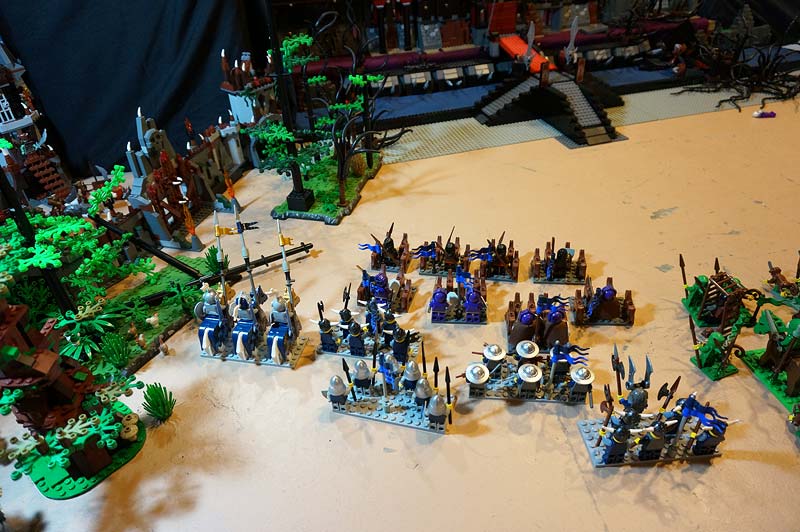 The Dogdu forces begin moving up the left flank. The Royal foot soldiers part to let the crossbowmen start moving forward in the formation. The heavy cavalry starts swinging around to the far left, running along the forest line in front of the old orc fortress. 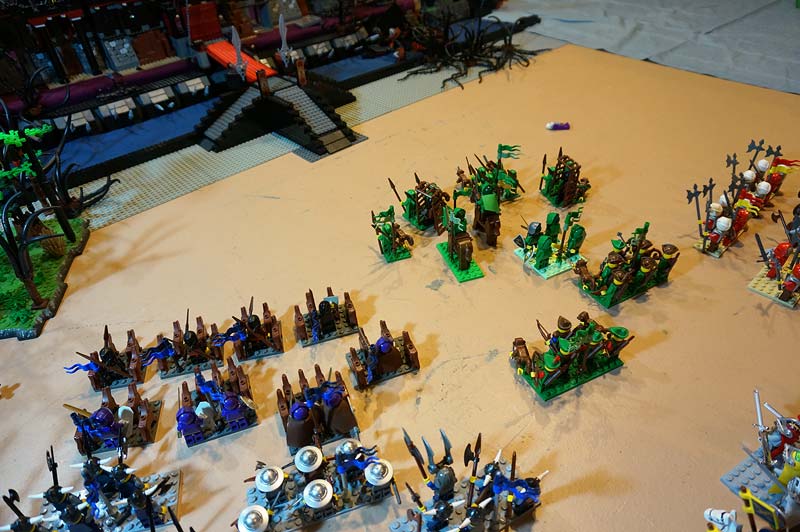 IVascus forces start Sprinting to bum-rush the wall. One squad of archers blows their Sprint roll and lags behind a bit. 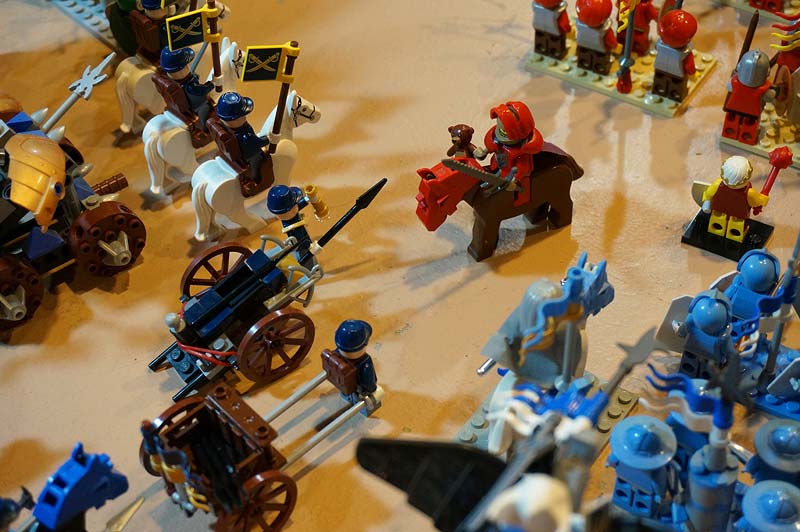 Stalin spots an arbalest that's about the right size for him to wield as a minifig weapon (thanks to his enormous strength), and attempts a Communism Feat to collectivize its ownership.


SIR STALIN: The only true power comes from a strong weapon. Let the ruling classes tremble at a communist revolution!

ROYAL GUNNER: What are you saying exactly.

STALIN: The proletarians have nothing to lose but their chains. Let the people seize the means of destruction!

ROYAL GUNNER: Suck it, commie scum! This arbalest is property of the King!

Stalin crit-fails the roll. The King's units are now offended by any suggestion of Communism. 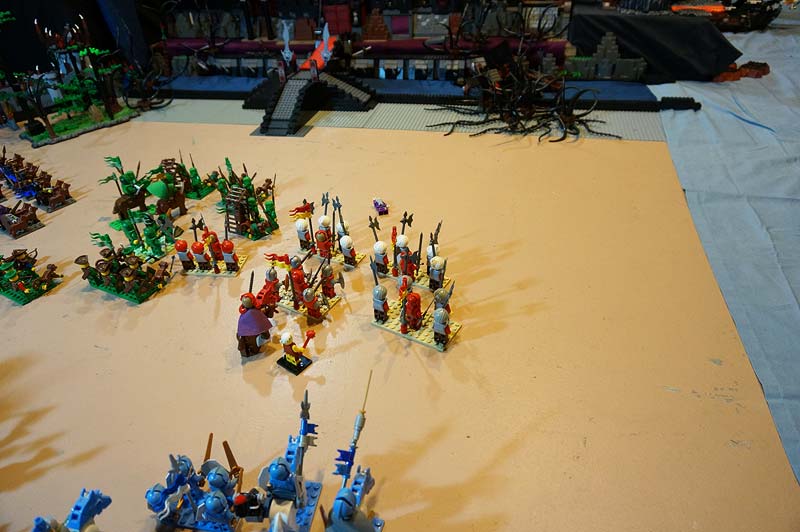 Stalin's forces move forward and towards the shore. The smallest squad moves up to support IVascus's troops.


STALIN: What went wrong? The truth of Communism is self-evident!

COMMISSAR LT. KRUSCHEV: "Whether they like it or not, history is on our side. We will bury them!" 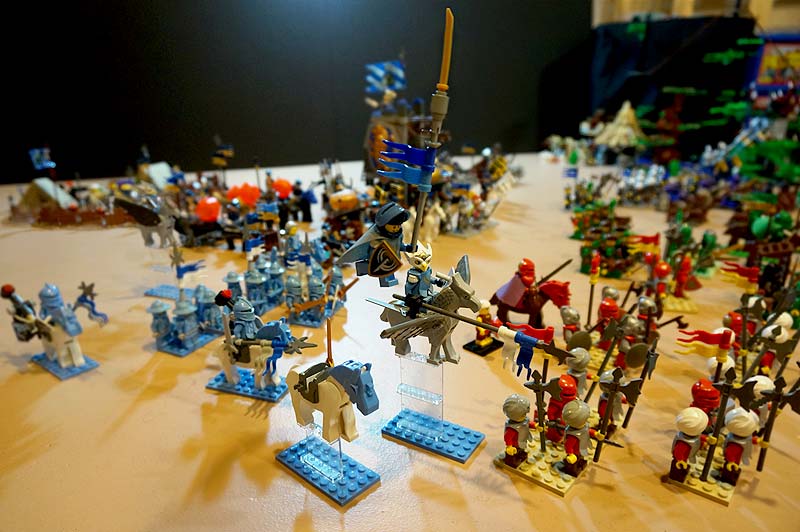 Sir Rayho leaps his horse Shadowhax into the air as one of the gryphon knights swoops by, and he performs an acrobatic pirouette into the air and onto the back of the gryphon. In the background, an eagle screams. (Rayho's mom may be squeezing her eagle for effect.) It's totally metal.

(But more like melodic power metal. Not heavy metal.) 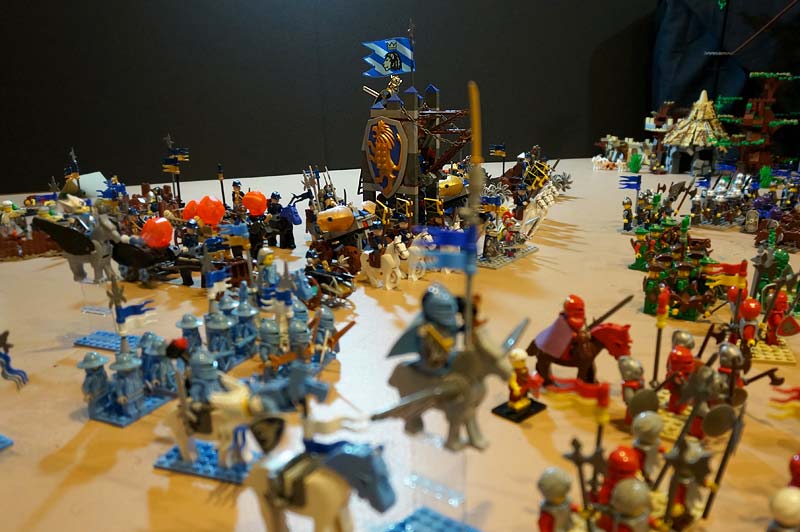 As the gryphon knight plummets face-first into Shadowhax's saddle, Rayho surreptitiously checks to see if the King saw his awesome maneuver.

The King is facing the other direction, shaking off a couple last drops of pee onto his valet. 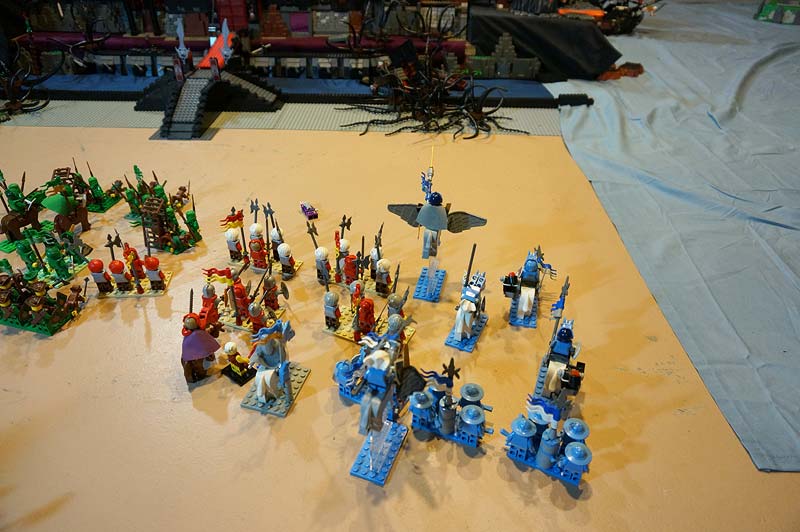 The rest of the Rayho troops move forward, coming around the Stalin troops on the right side. 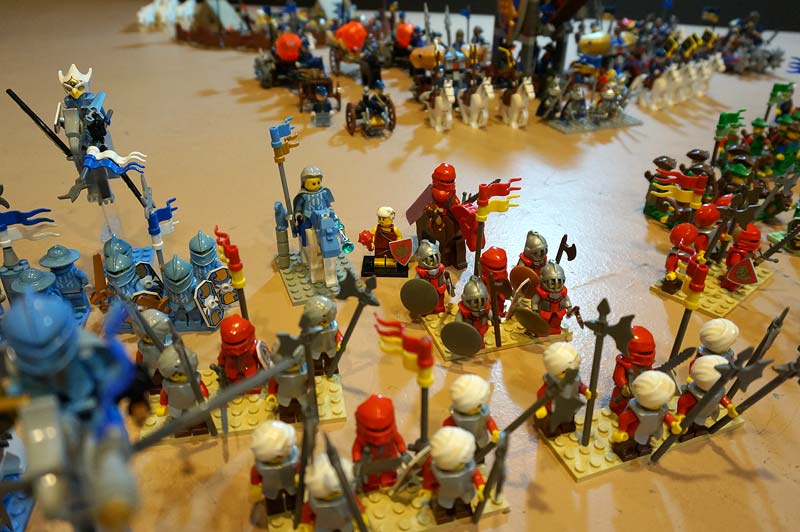 RAYHO'S MOM: I see you scheming as usual over there, Kruschev. Don't get any ideas. You Stalinists are good for meat shields against the Shadow Knights, but Mocia will never be ruled by a mass of Dimmies.

KRUSCHEV: "When it comes to combating imperialism, we are all Stalinists."

RAYHO'S MOM: When my Rayho is king, you'll learn to know your place.

KRUSCHEV: "What innocence, may I ask, is being played here when it is known that this virtuous damsel has already got a dozen illegitimate children?"

Kruschev and Rayho's Mom are not friends. 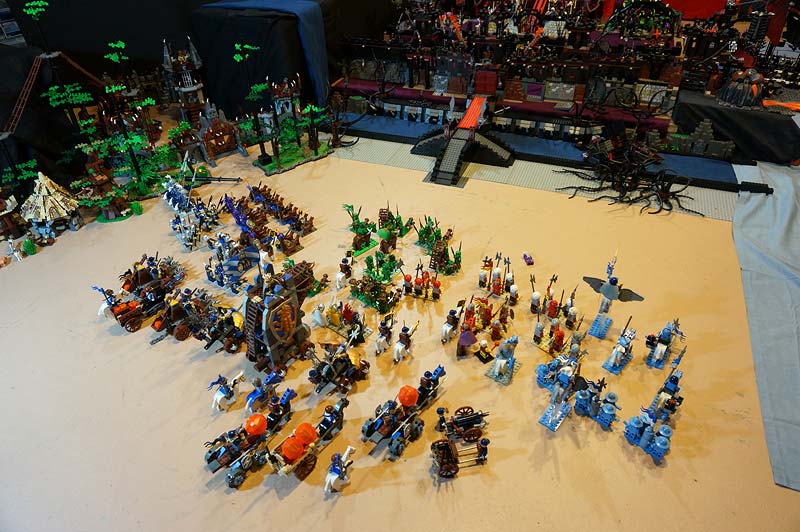 The King's siege engines move forward. The arbalest swings out towards the shoreline. 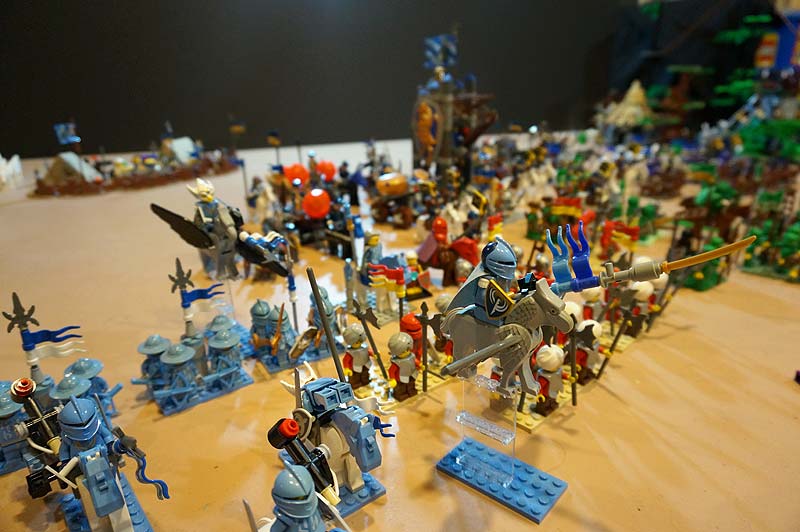 KING METHHOUSE: Rayho! Why is that knight riding upside-down! Is he trying to moon me? Incompetently? 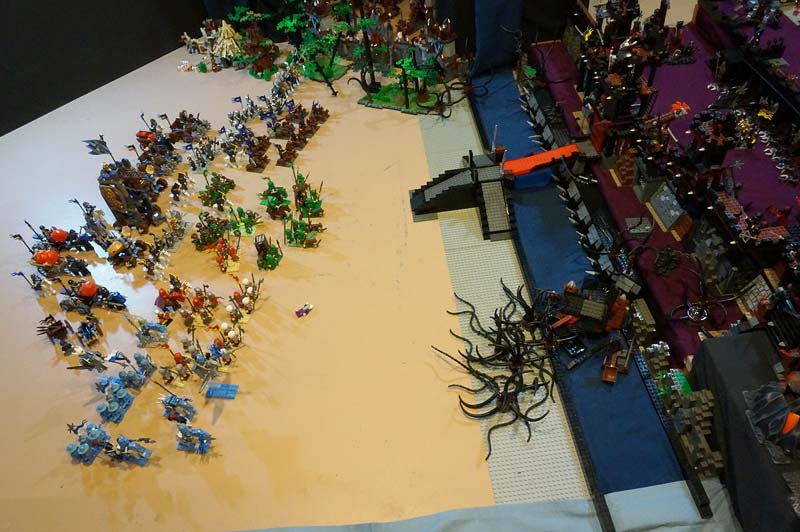 The Rainbowist forces have covered roughly half the distance to the outskirts of the castle.

Fuckin' a, Methhouse, i needed that ballista.

Ah well. Keep the troops moving, watch out for traps, and do a strength feat that I won't post about here because the shadow knights might hear about it.

I am amused at the simplicity of this game. Bring me your finest meats and cheeses.
▲
▲ ▲

I've seen forums, decaying in just 2-3 years, so I still have hope for that one.

@Thread: I'll stay tuned for that one. Looks promising so far.

This is awesome. Also:

I thought I was also getting a secret faction, is that coming later, or is it triggered by certain things the players do, or is it no longer a thing. In any case, I'm content to watch, but if it's still available I'd like to play.
This sig is too fucking large: show anyway

Colette wrote:I take back everything I said about this forum decaying. This forum is always decaying and recycling itself and rebirthing. It's the Nurgle of forums.

Why, that teddy bear you are holding looks brutal.

Perhaps if you had filled out the proper requisition forms in triplicate back at the castle and gave a valid reasoning for wanting it.
When black kids just show up at my car door and mumble "I need this", you can bet that kid is getting at least one wanted Jewish star on his heads up display.
Top

King MethHouse is a racist now? But he's on the Rainbow team!

King MethHouse was joking around about Silent-sigfig "being black and Jewsish" and Grand Theft Auto.
"I need this" is a common phrase in that game as the main character car jacks everything in sight.
Top

Oh shoot, speaking of Nurgle. I just realized I have a secret faction set aside for solvess, but he hasn't been around since 2012. Who else can fill the role of someone half-assed and shitty? Who's not already playing, I mean?

stubby wrote:Oh shoot, speaking of Nurgle. I just realized I have a secret faction set aside for solvess, but he hasn't been around since 2012. Who else can fill the role of someone half-assed and shitty? Who's not already playing, I mean?