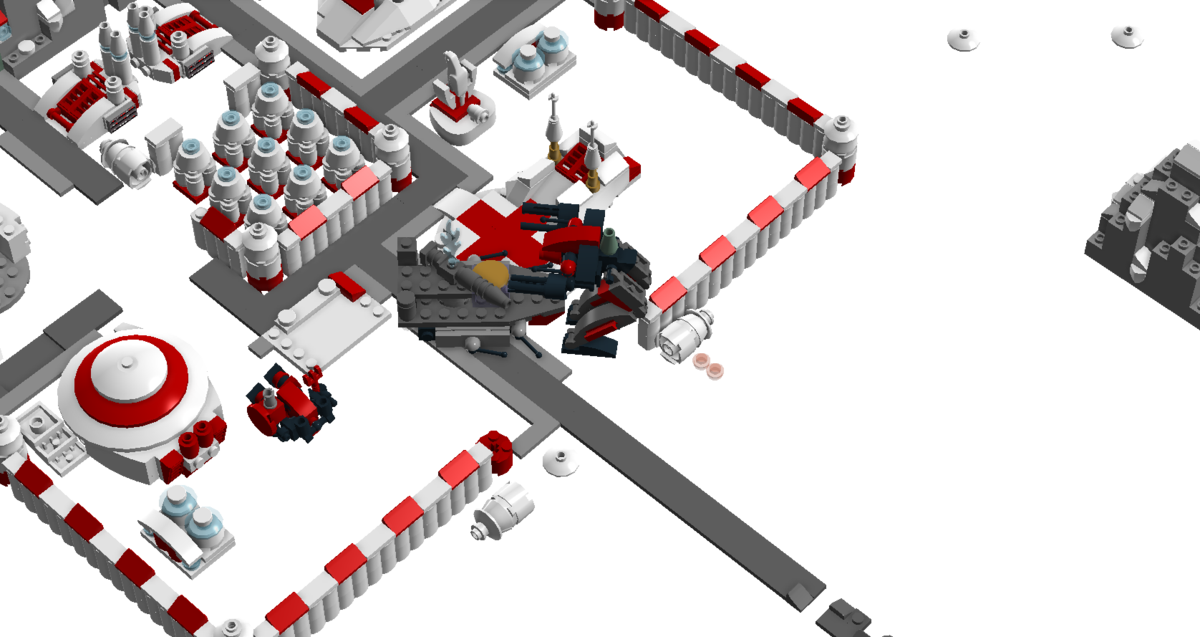 The MRDO attempts to ram the Omega Doom, but because of the latter building up a higher POP value (due to some critical rolls), it doesn't do much damage. 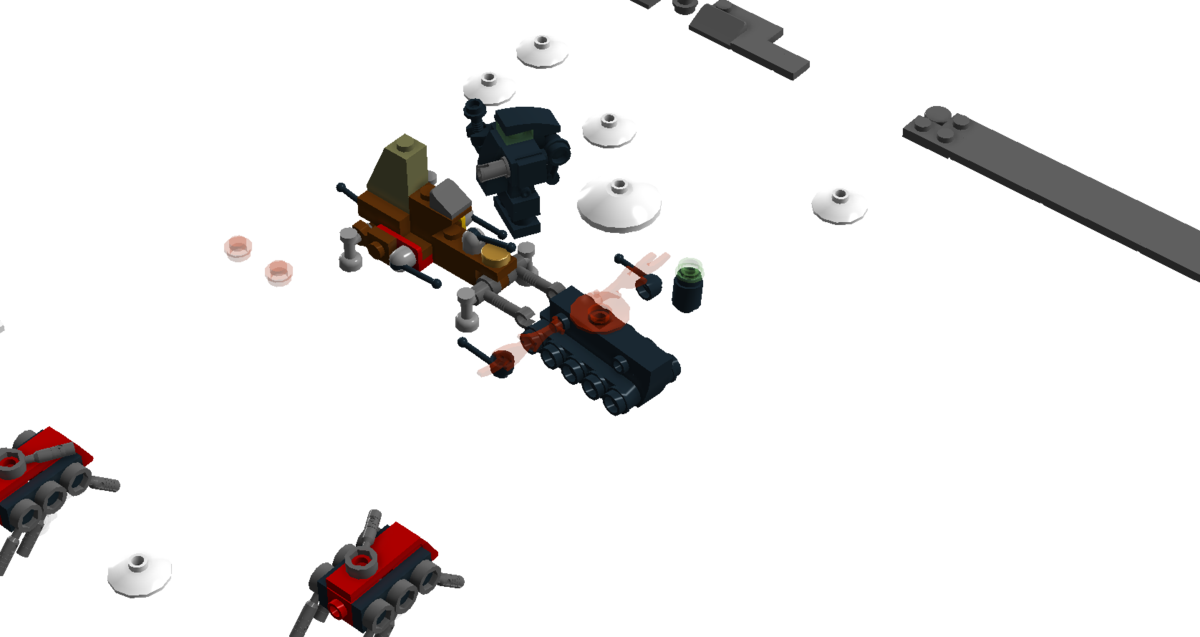 The REU, on the other hand, rips the Emerian Death tank apart with it's claws. 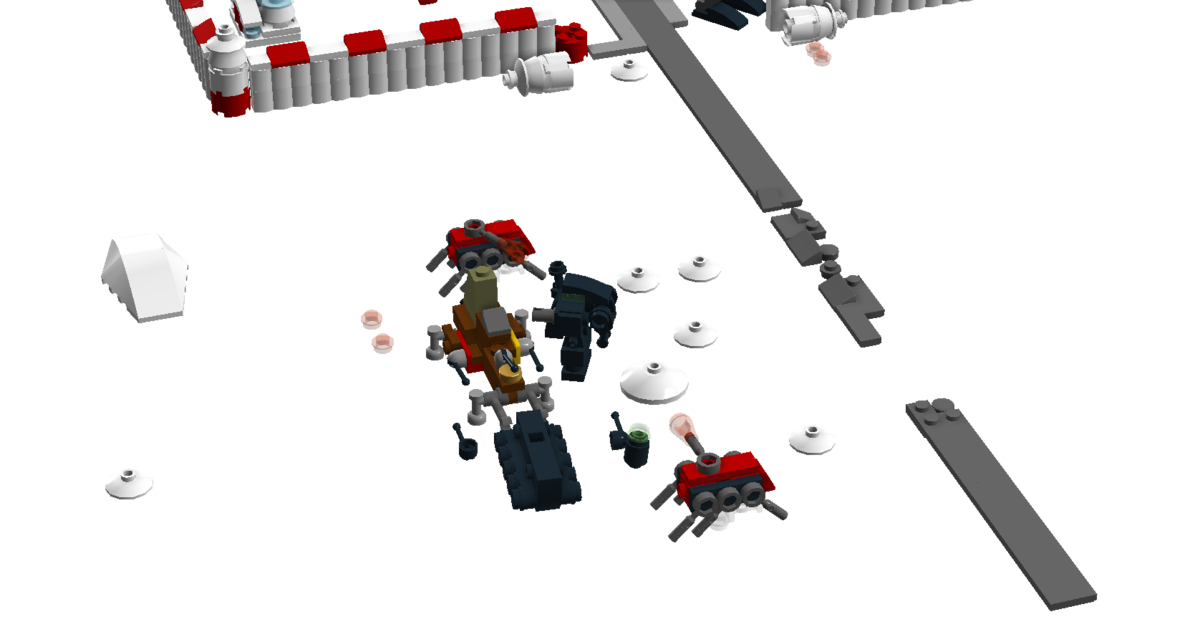 The Tarantulas shoot at the Emerian mech, but fail to do much damage. 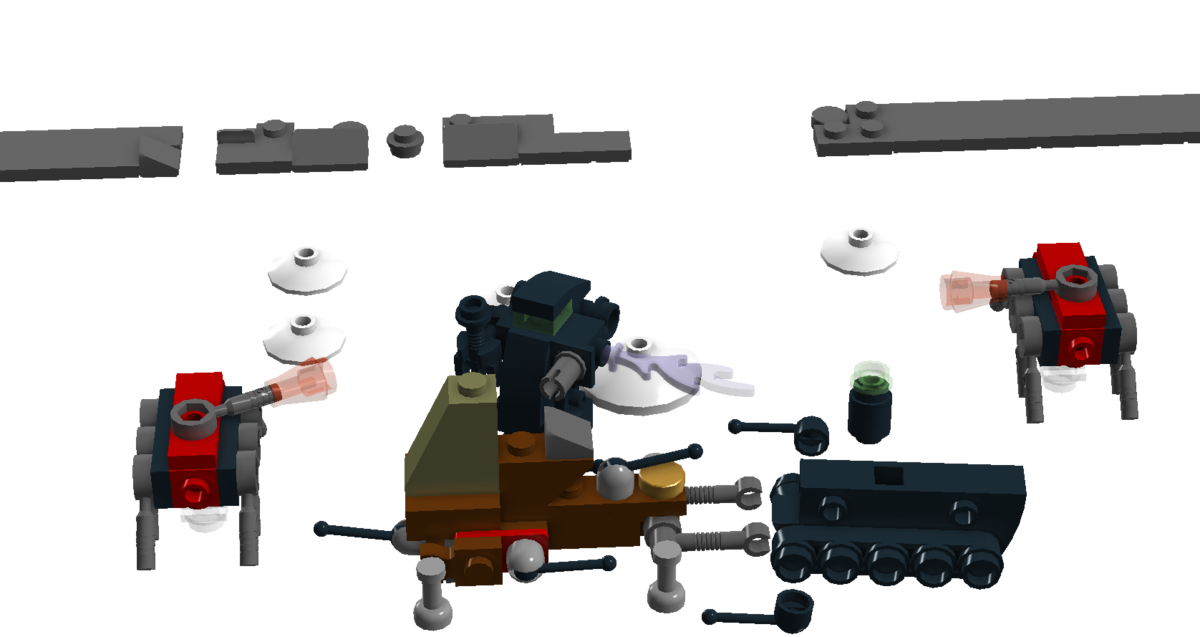 The Emerian mech not only misses with it's melee weapon, but also crit-fails, with it's machine gun, which needs one turn to cool down. 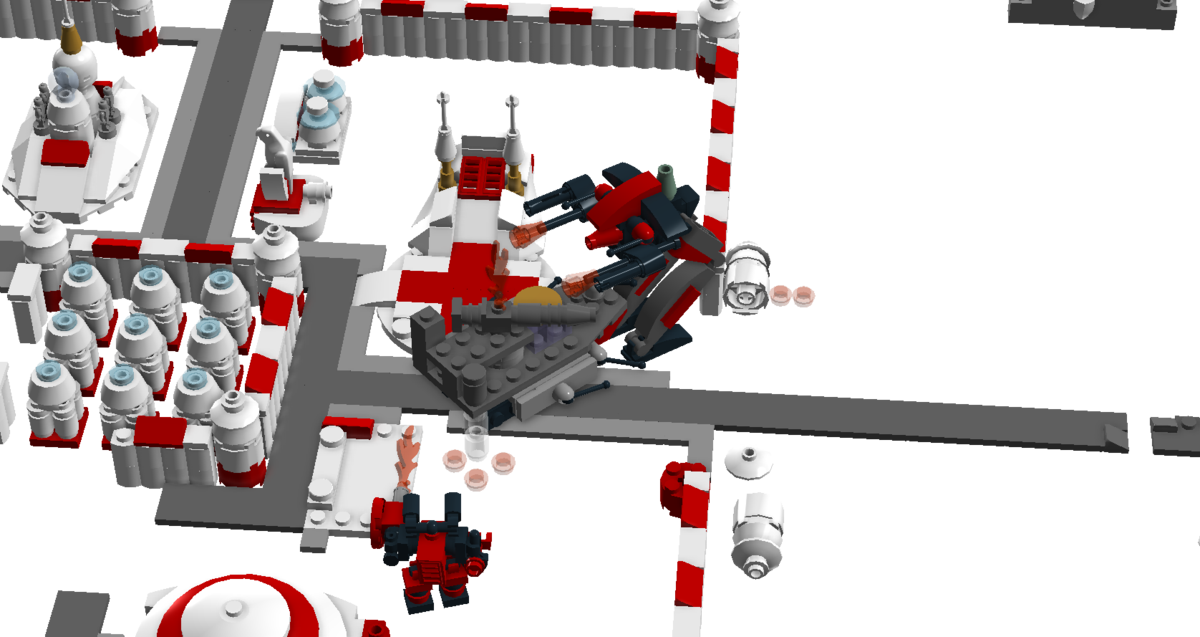 The Über-Titan stands up and shoots at the MRDO, together with the Omega Doom. Due to low damage rolls, both only manage to knock off one single HP (3 remaining). The Über-Titan may use it's missiles next turn. 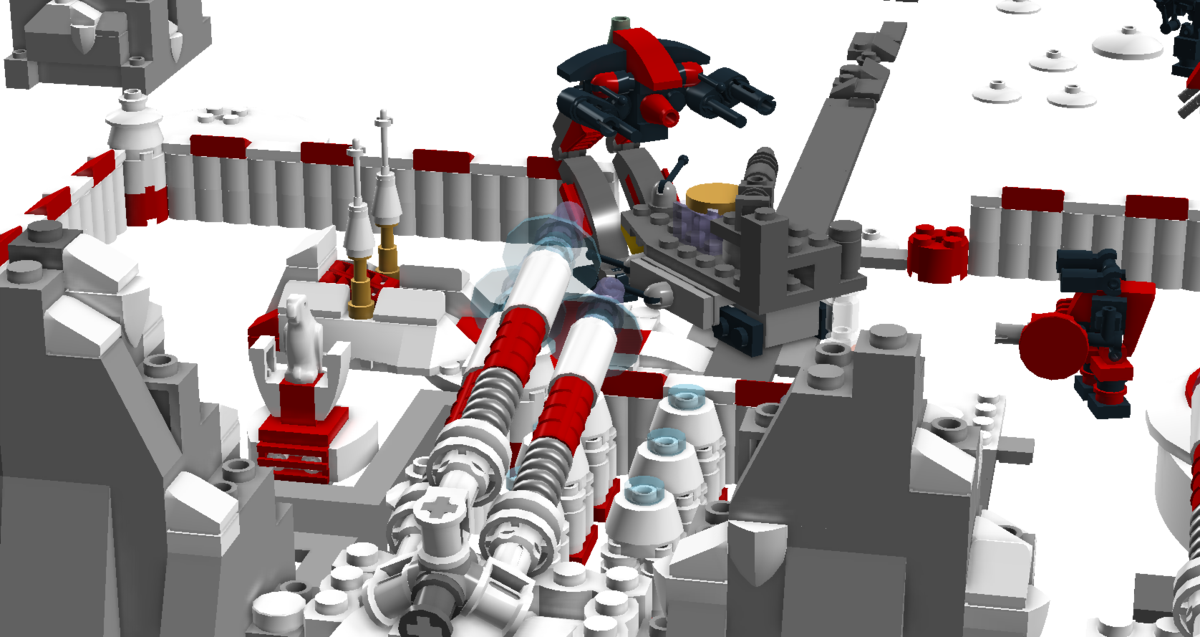 Polish Fire Base Commander: "Fire at the big red one!"
Because of the rather low kill count this turn, the base commander decides to fire one of the laser cannons at the Omega Doom. 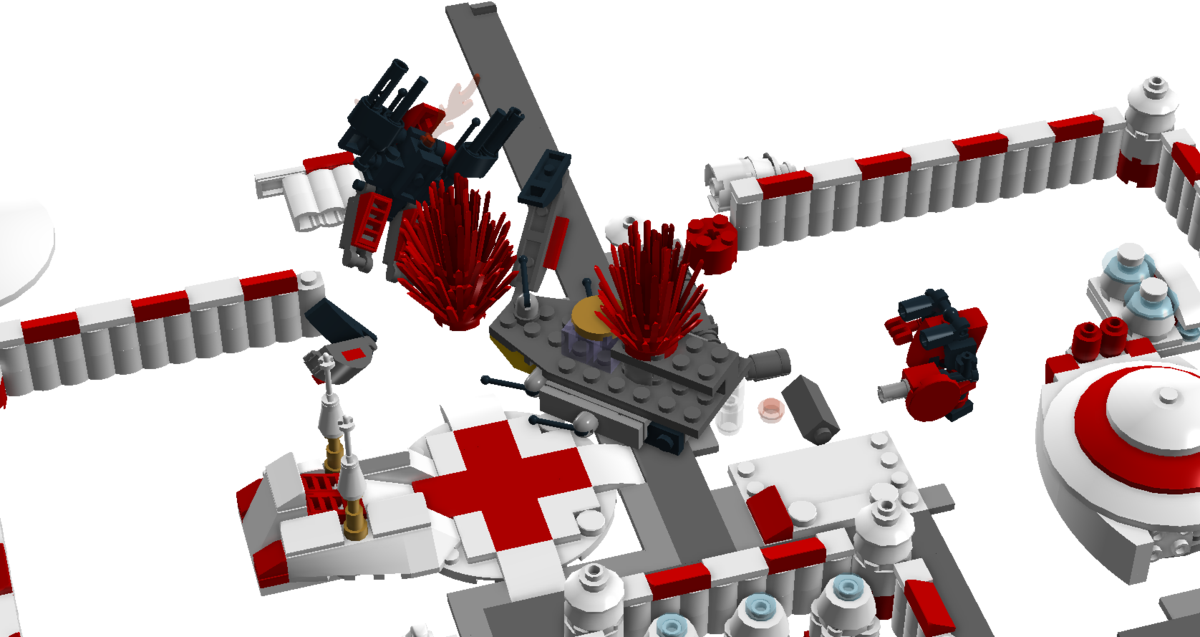 Gunner: "Kurwa! I think I've just hit one of the transports!"
While the blast took out the Omega Doom, it also inflicted severe damage to the MRDO leaving it to it's last HP. 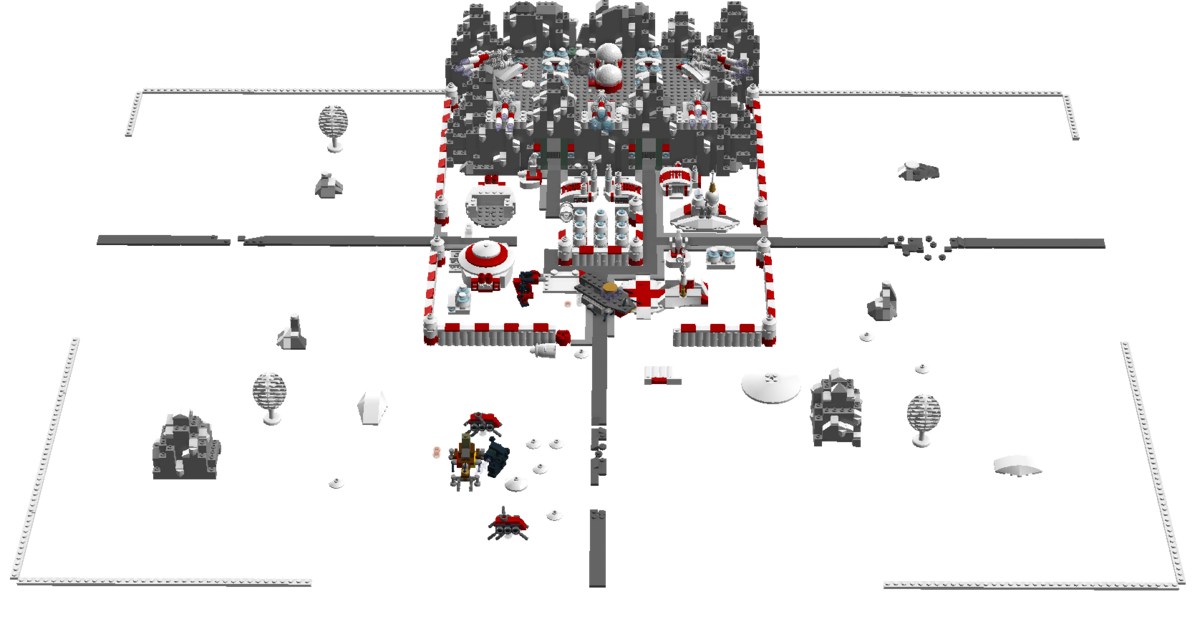 Send in orders for the final Turn!