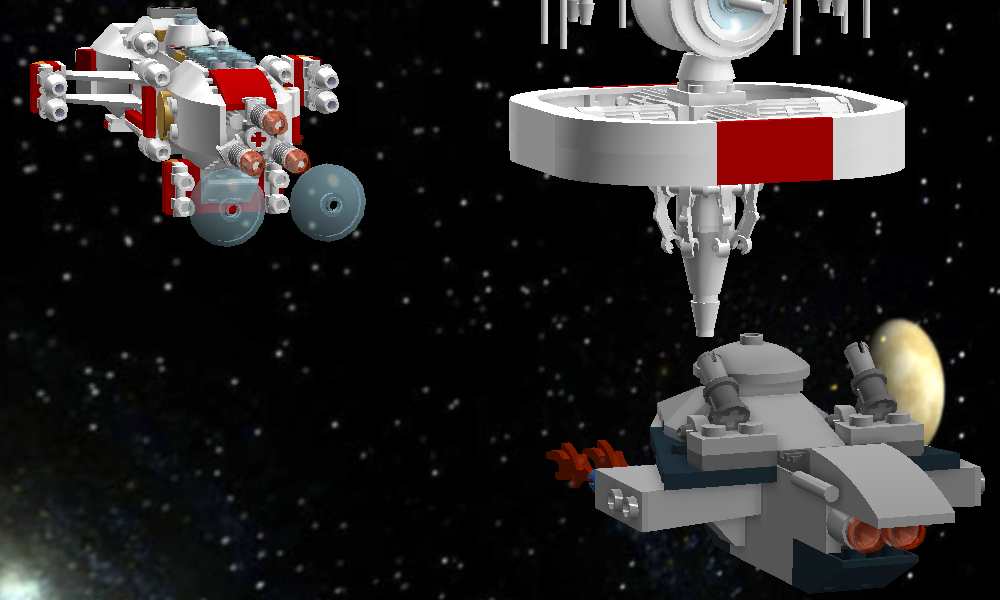 The cannon boat opens fire on the Light Cruiser in from of him, but high armor rolls prevent him from doing much damage. 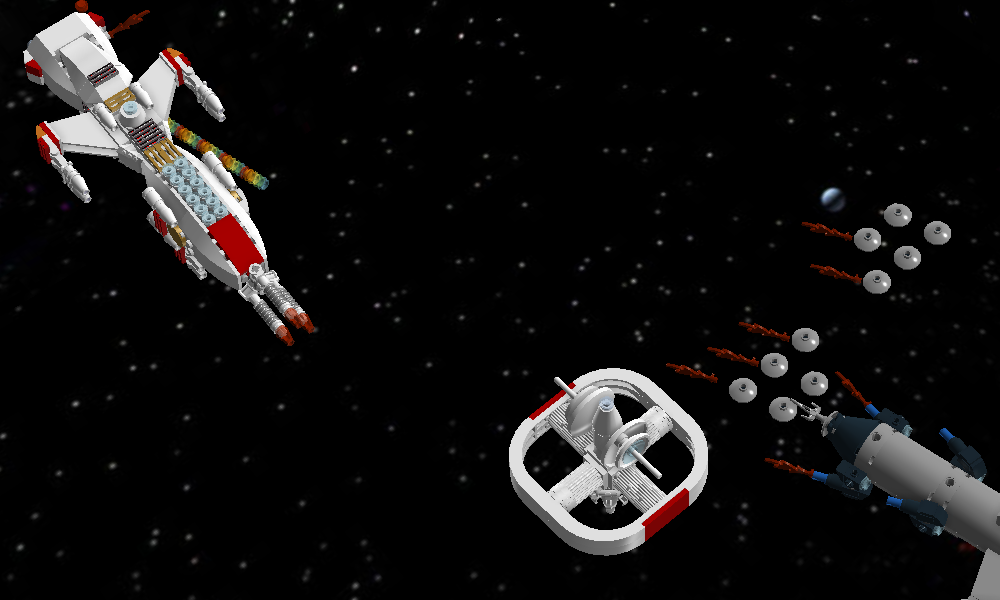 The light carrier and two saucer squads, on the other hand, manage to scrape off another HP (7 HP remaining) from the light cruiser. 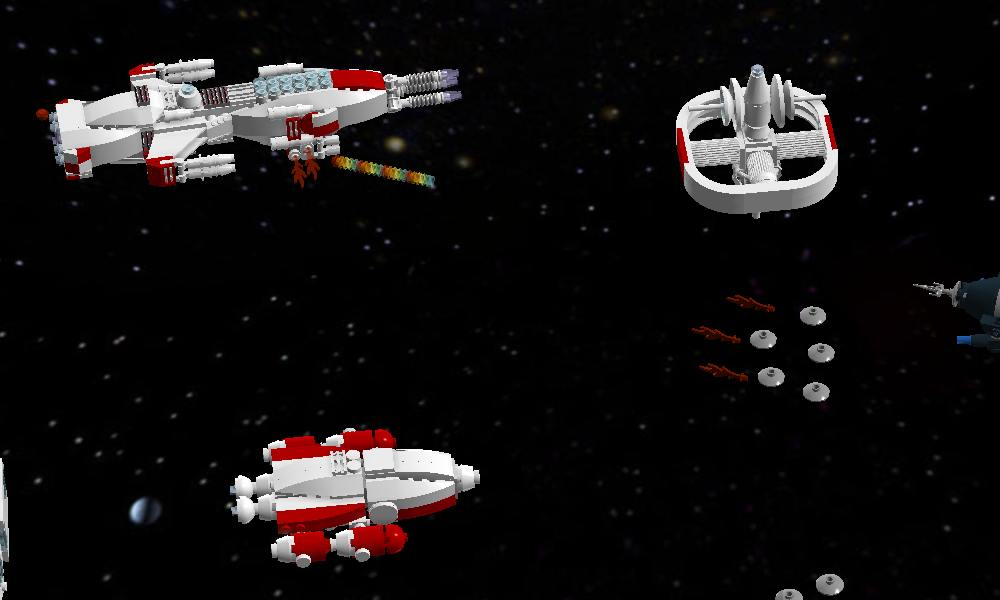 One zeppelin and another saucer squad combing fire to damage the light cruiser to the other side, taking one HP (8 HP remaining). 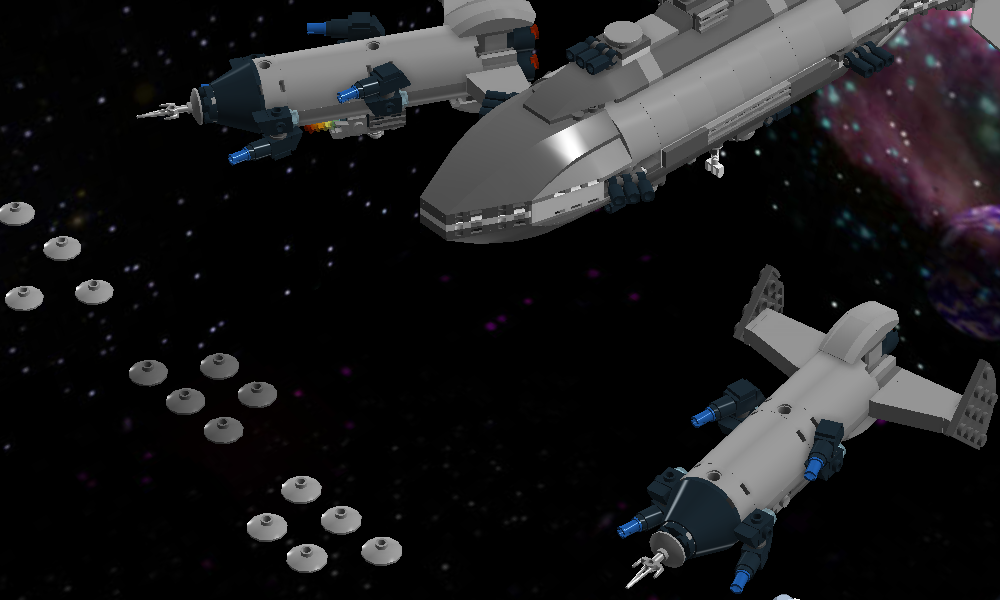 The Siegfried can't reach any target with his cannons, but drops off a fighter squad (5 fighters are still inside the hangar) and advances further towards the Starport. 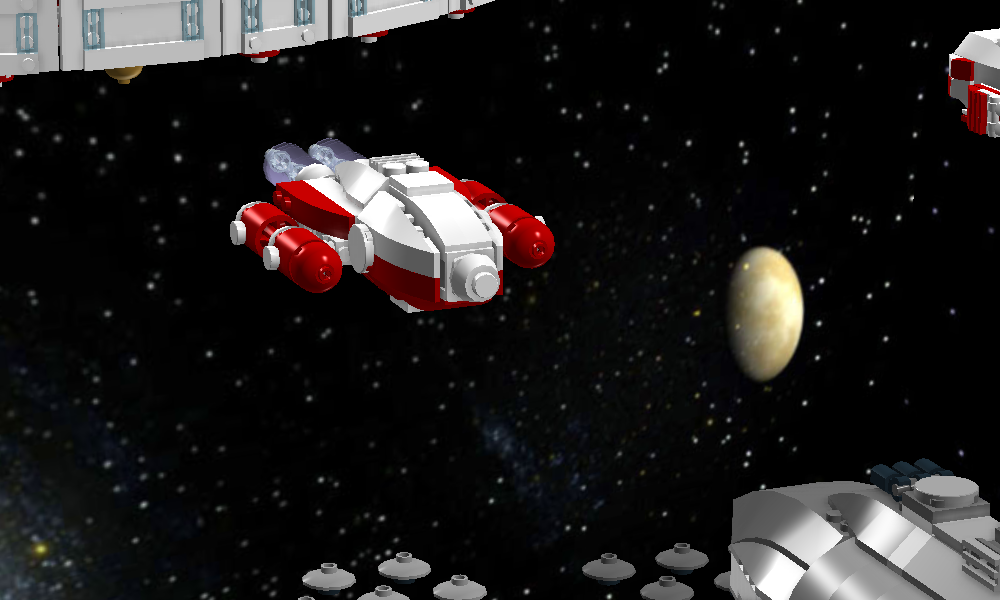 The freighter, instead of heading away from the battlefield, accelerates towards the zeppelin... 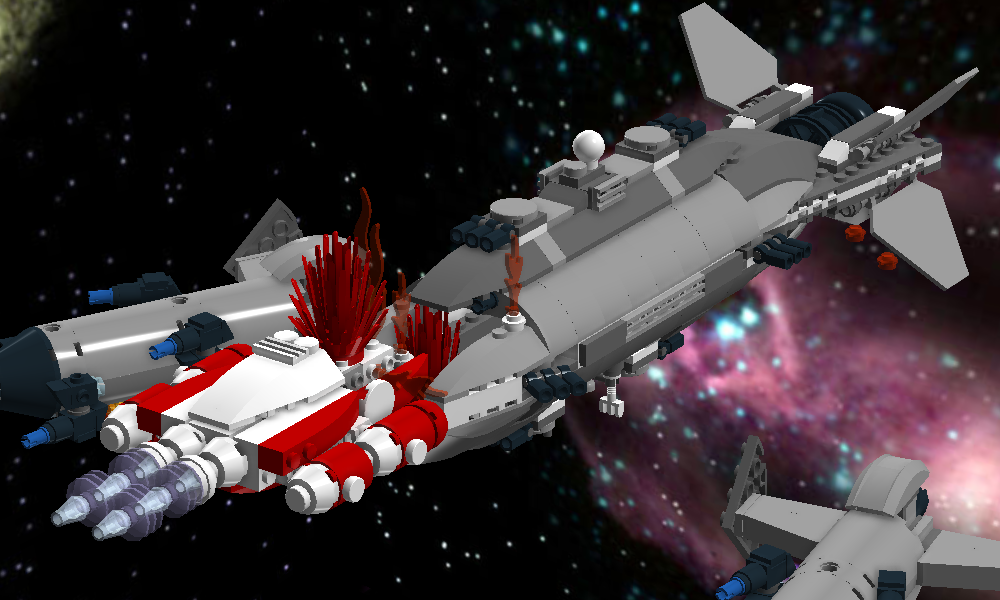 ... and ramms it, not without setting off an explosive charge, that was on board of the freighter. While it is gone for good, the zeppelin takes 2 HP damage (9 HP remaining). 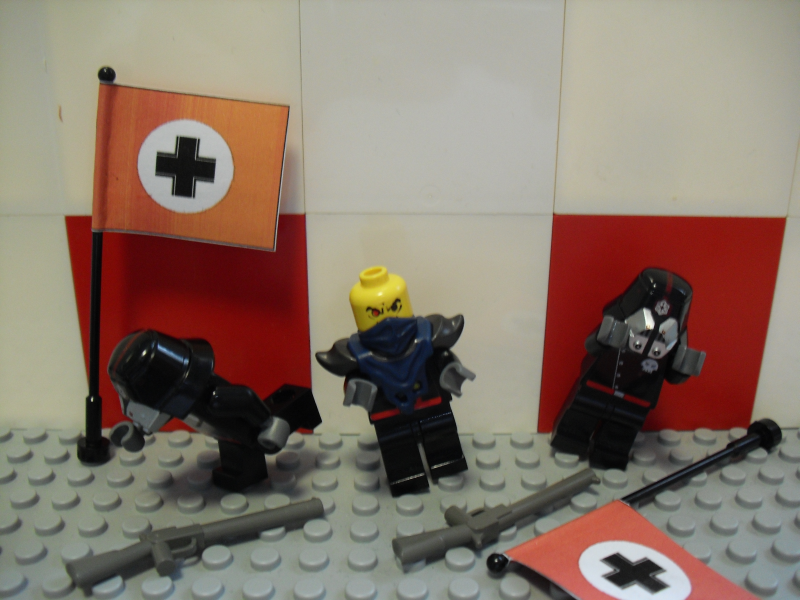 Kapitän-Leutnant Alfons Freier is shaken and quite pissed about this attack. 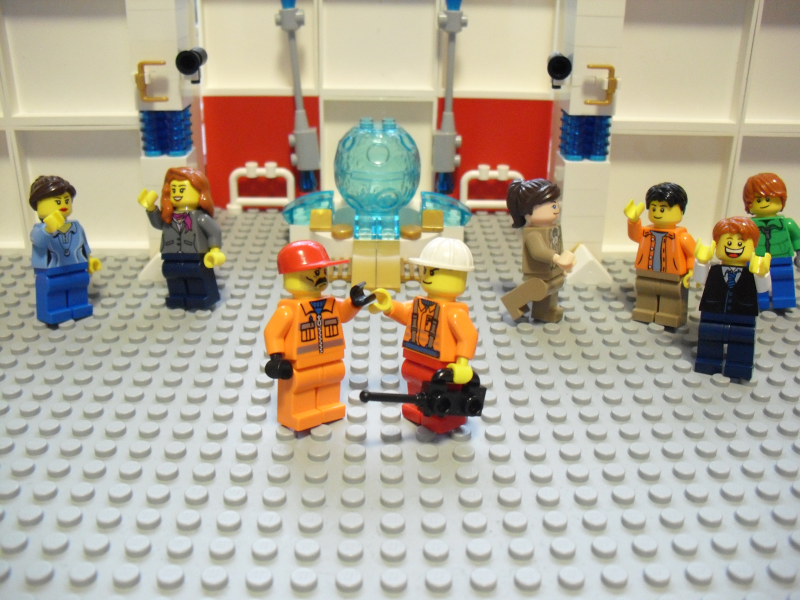 The civvies inside the Starport seem to be quite happy about it, though. 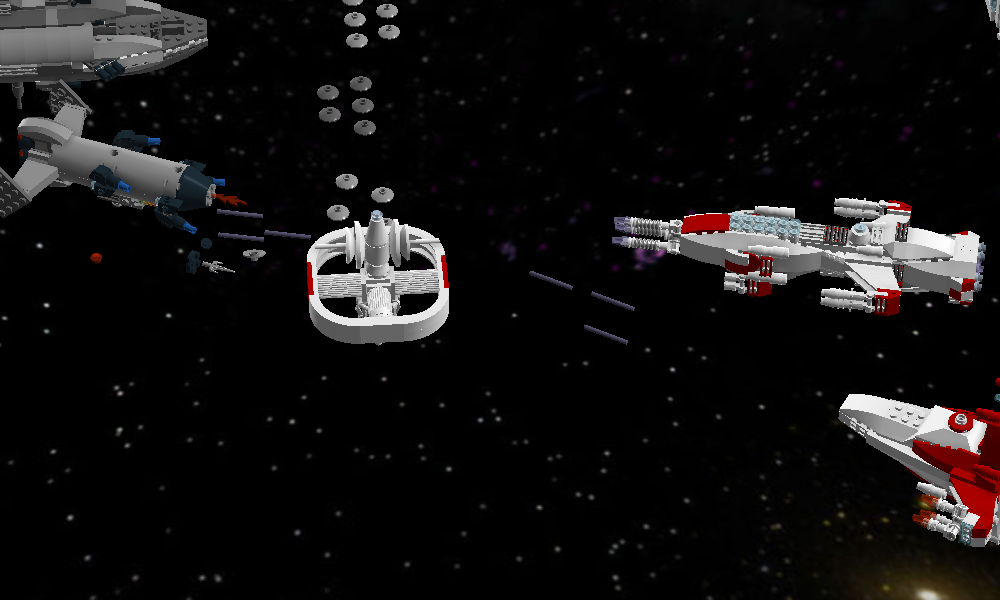 The light cruiser and the destroyer fire at the light carrier, but the destroyer misses and one of his medium guns overheats. The cruiser, however, manages to deal 1 HP damage (5 HP remaining) to the zeppelin. 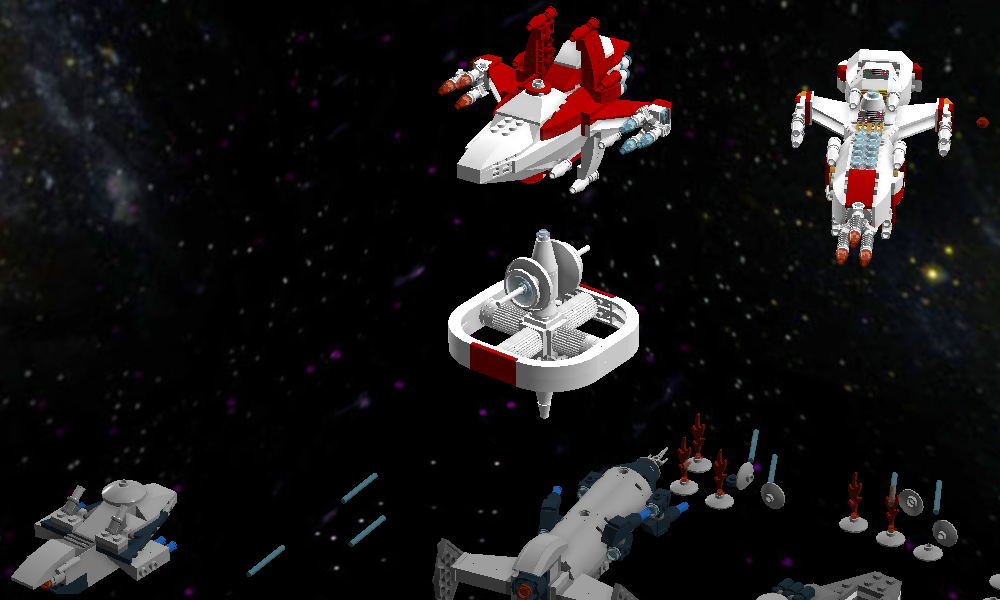 The destroyer on the left hand side fires at the damaged cannon boat, but misses. Pierunska's light cruiser manages to wipe out a whole fighter squadron and reduce another one to one single saucer (it main join an existing squadron, later on). 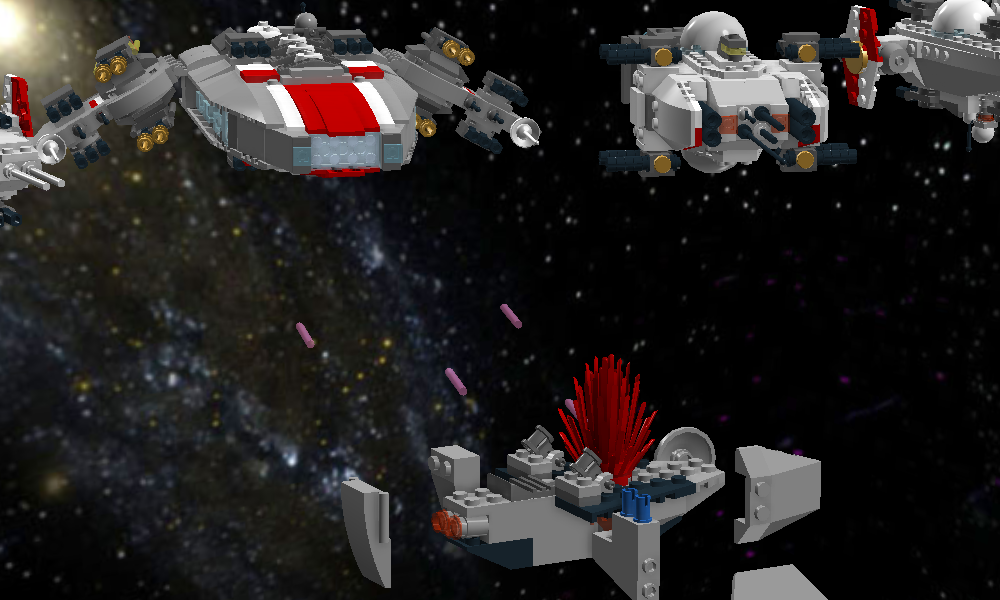 The carrier fires at the cannon boat and destroys it. One of his medium guns overheat, though. 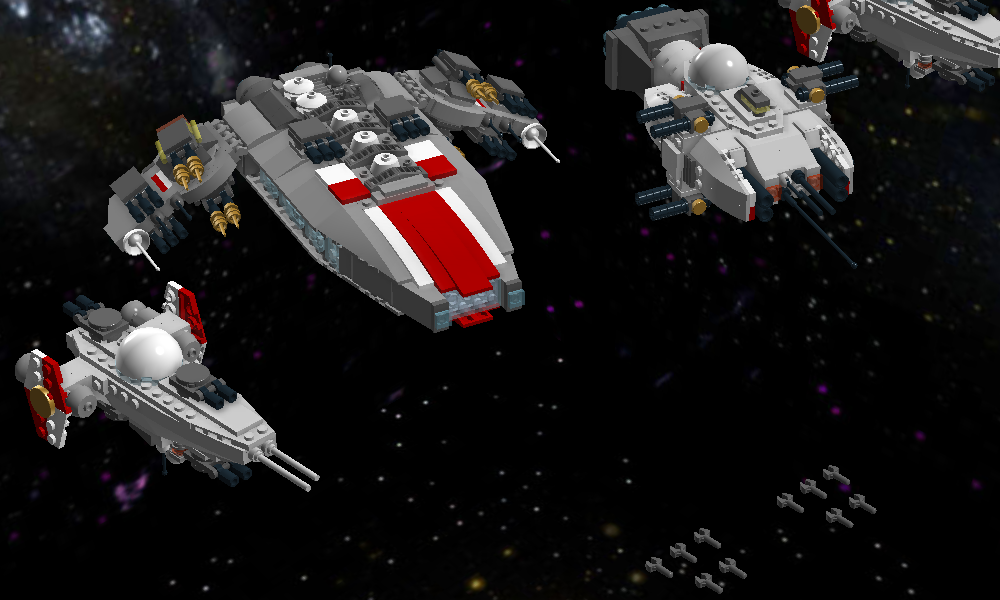 Because all the other ships' guns are out of range, they move further towards the battle field. The carrier and the fast attack ship drop off one 5 man squad of fighters, each (the carrier still has 15 fighters in his hangars). 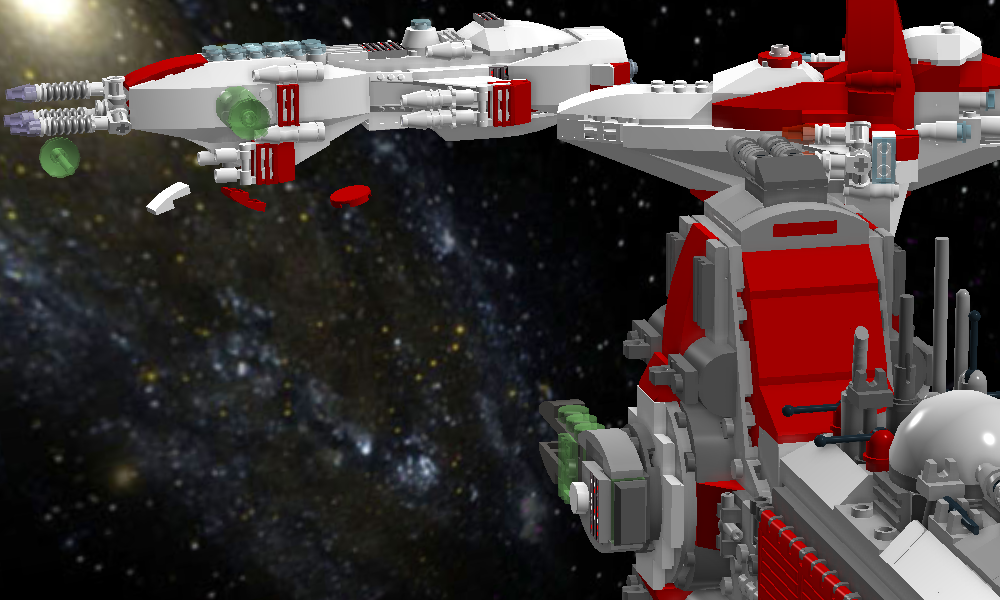 The Soviet ships move forward, while the cruiser opens fire on the light cruiser in front of him, scraping off 1 HP (7 HP remaining). 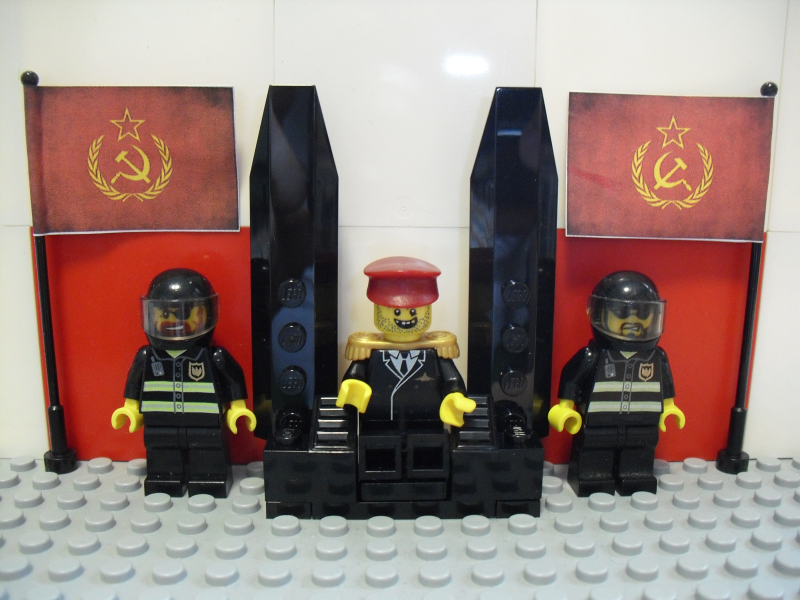 The Soviet Admiral attempts to trash talk Kapitan Kosakiewicz, demoralizing him and his crew...
Admiral Nikita Gradenko: "Why don't you just give up and submit to the Soviet Empire, once again?! It won't take too long, until you'll return to the USSSR and face punishment for your defiance!!" 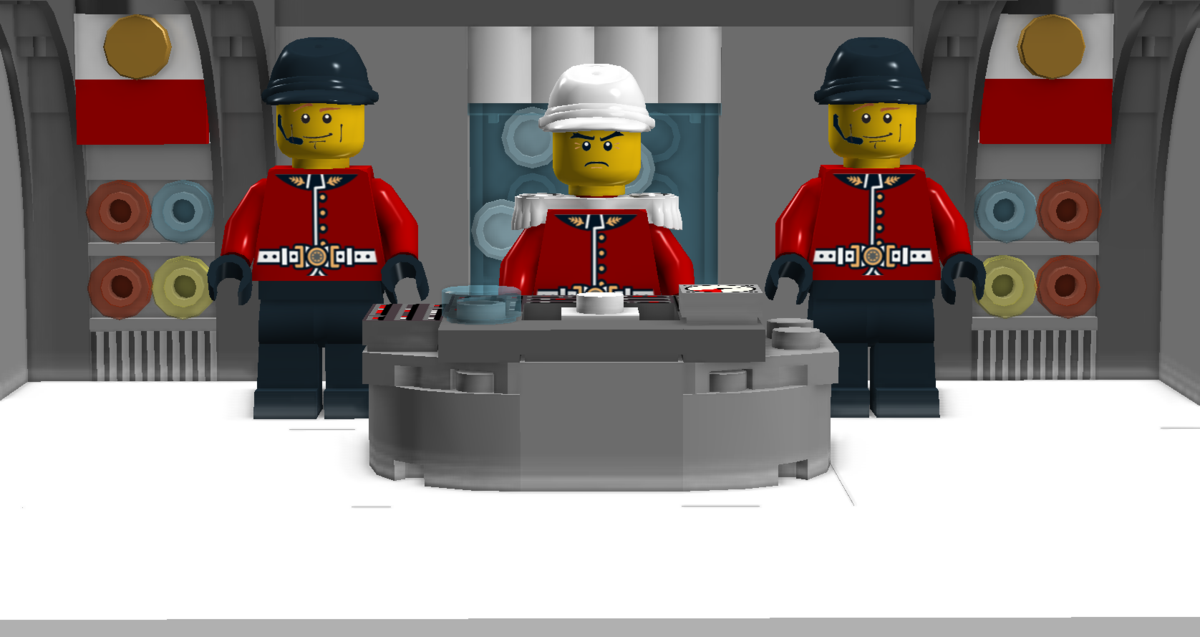 Unfortunately for Gradenko, Kosakiewicz is left confused, but unimpressed, for everything, that comes out of the comm speaker is "Сука Блять,ебать хуй!!". He turns off the volume of the speaker and procedes, like nothing really happened.
NOTE: "This battle has no heroic feats and such, all will fail automatically. However, this should not discourage you from thinking outside the box or make suggestions for in-game dialogues!" 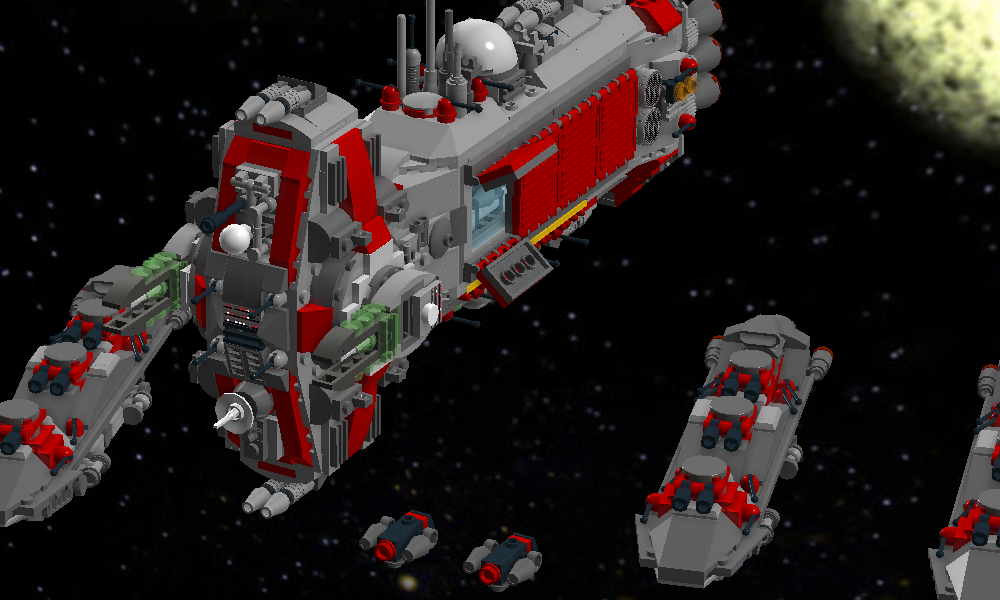 Nevertheless, the Soviet cruiser drop a pair of heavy fighters and moves on. 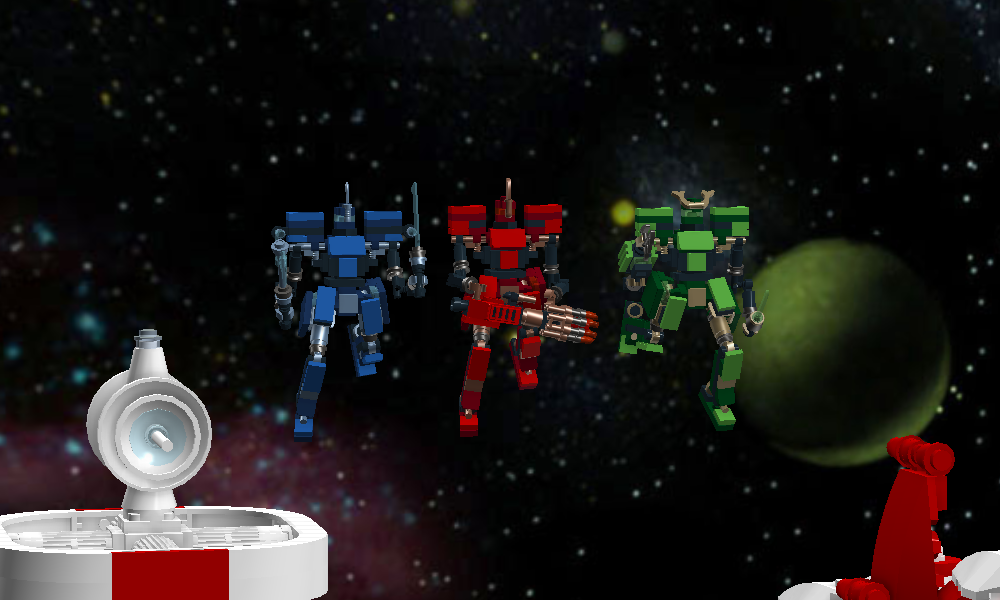 The mercenaries objective is to destroy the enemy leaders (15 pts for each ship in addition to the 5 pts per HP).
The are not affiliated to any of the bigger sides and act independently. 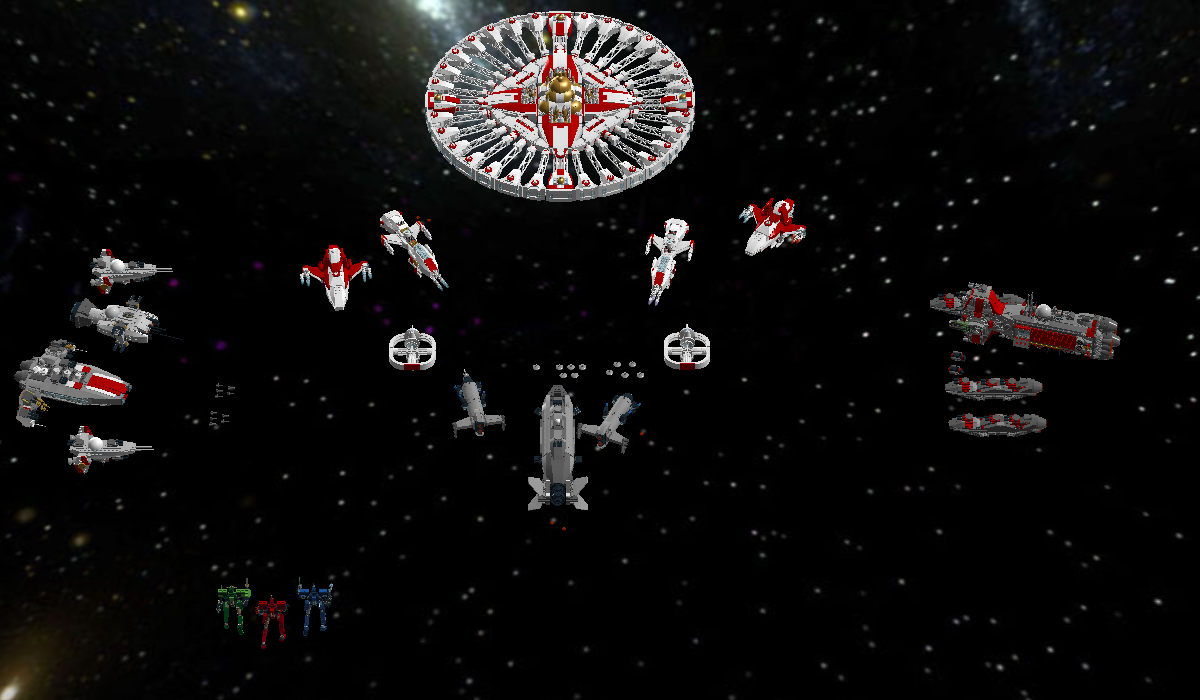 Jeez, what's with all the overheating ?
If you're not into Metal you are not my friend!
Top

Apollyon wrote:Jeez, what's with all the overheating ?

They're a result of critfails.

btw, I might need orders from Ham and Falk.