by Silent-sigfig
Sorry about taking so long, I went on a last-minute camping trip. 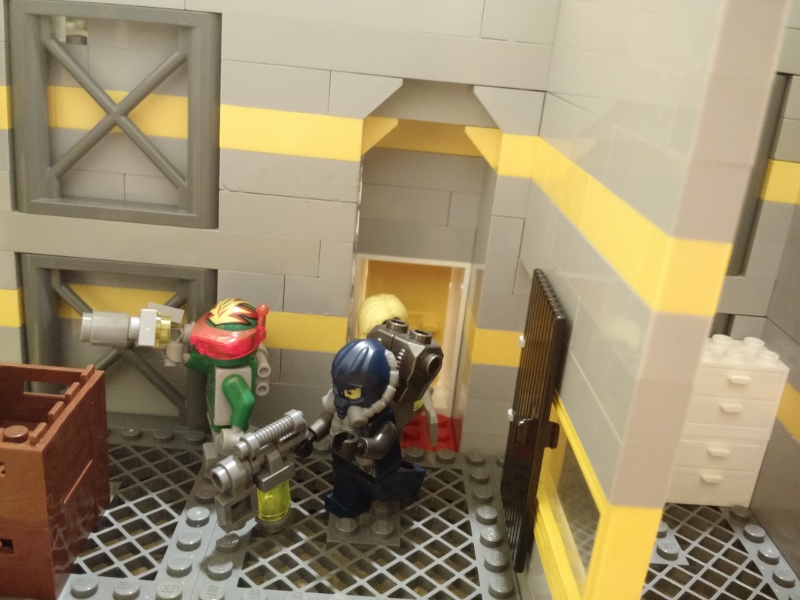 The Assassins move out, with the rouge VOL taking cover in the door to the highway. 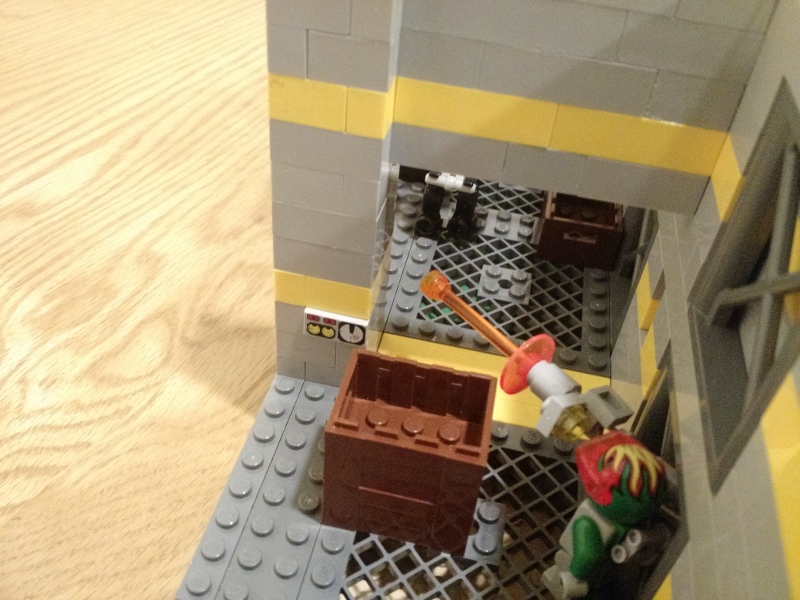 The Son of Fett fires on the Trattorians, but his rocket misses and veers off the map. 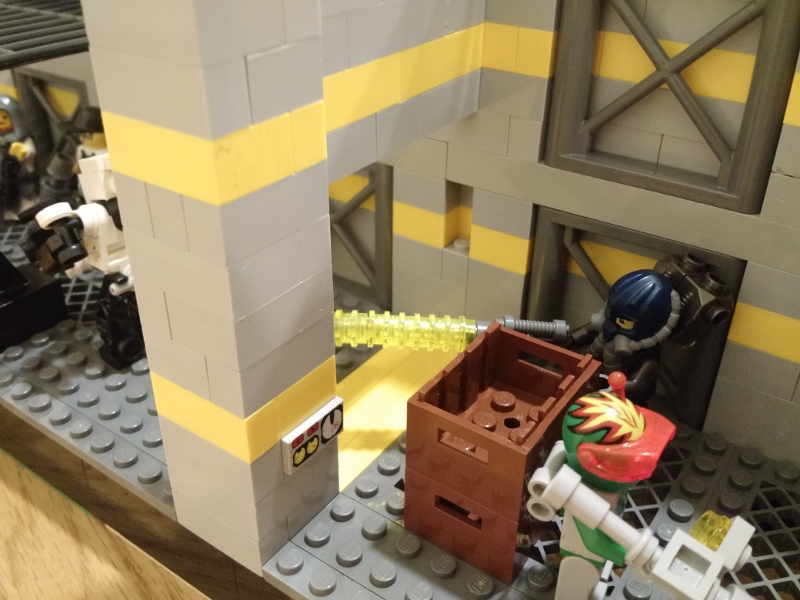 As he moves to cover to reload, Bracus the acid guy steps up and sprays. 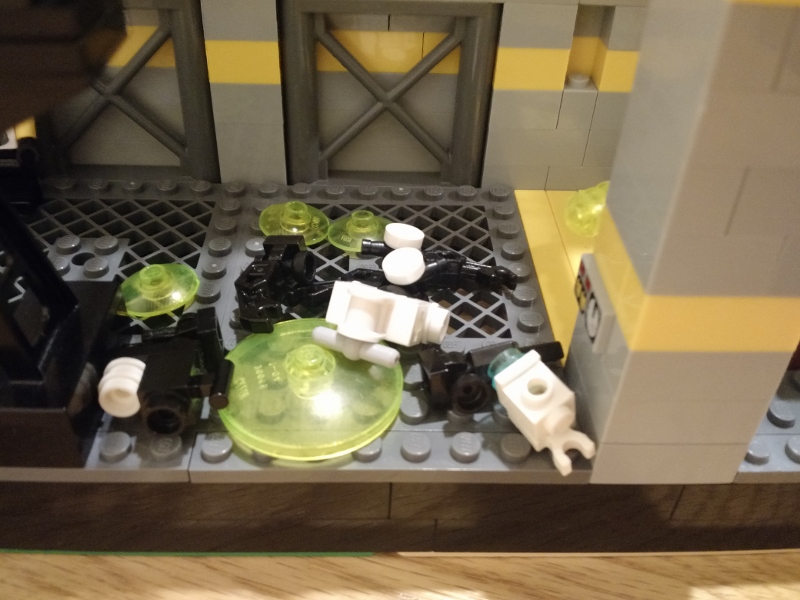 Insane damage kills a hoplite and a crate. 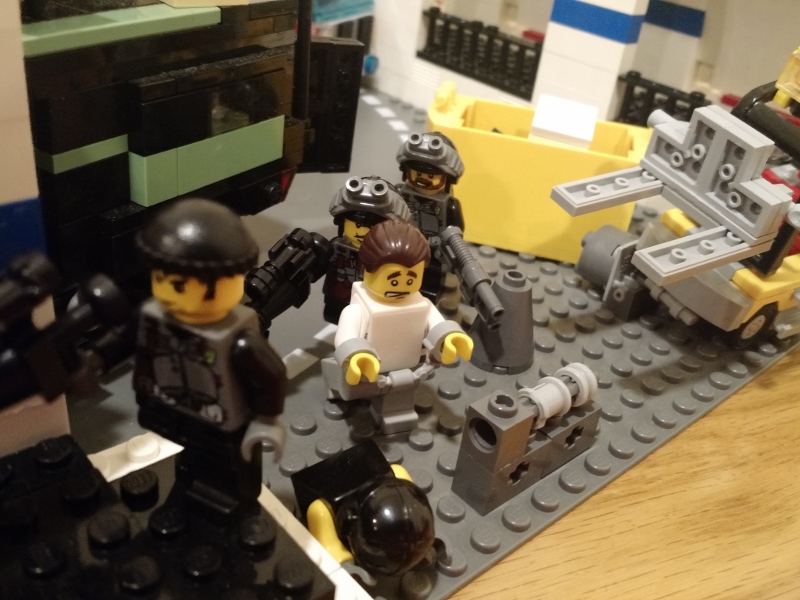 The Commandos hustle Dr. Clark to the left walkway. 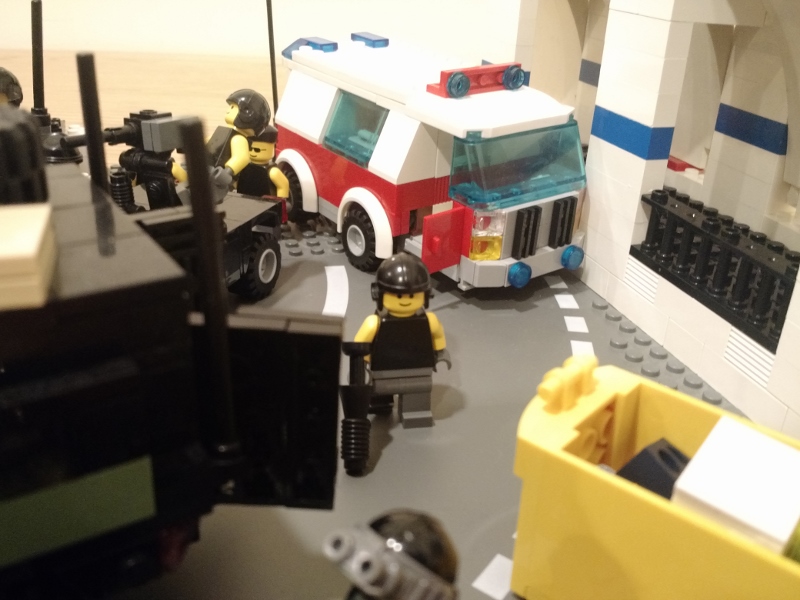 The jeep driver sprints after them. 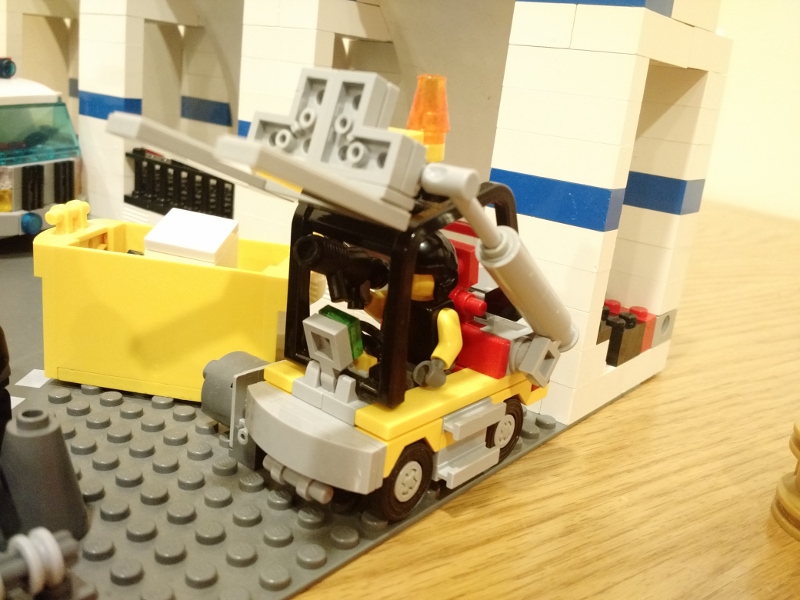 He starts up the forklift. 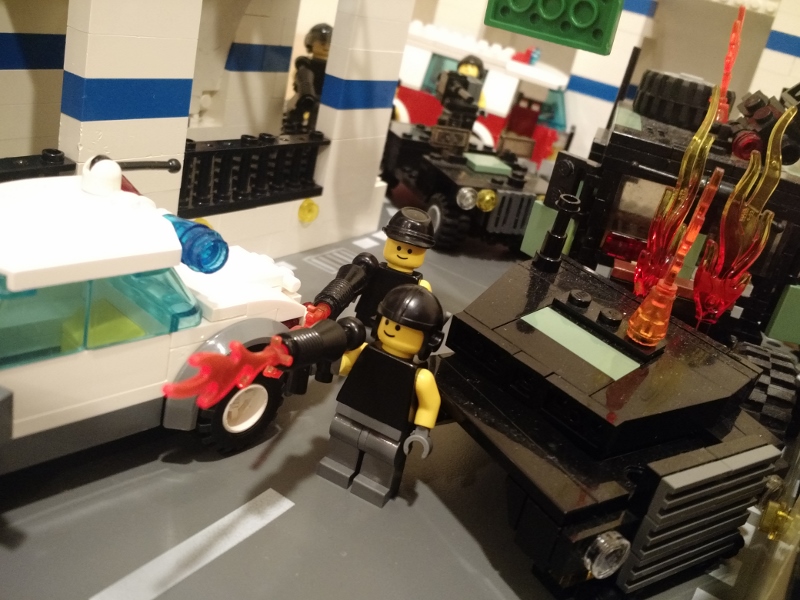 Those capable of shooting at the 45th union do so. 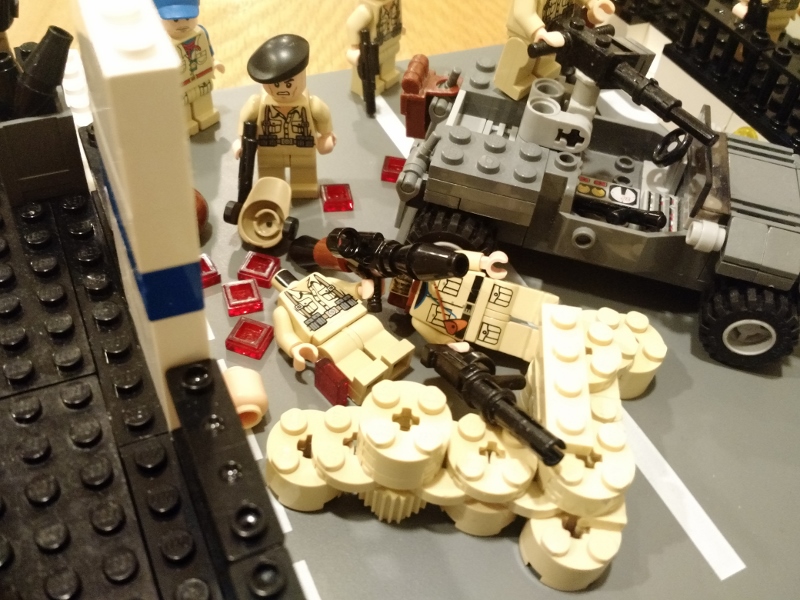 The machinegunner and the rocket guy are gunned down. 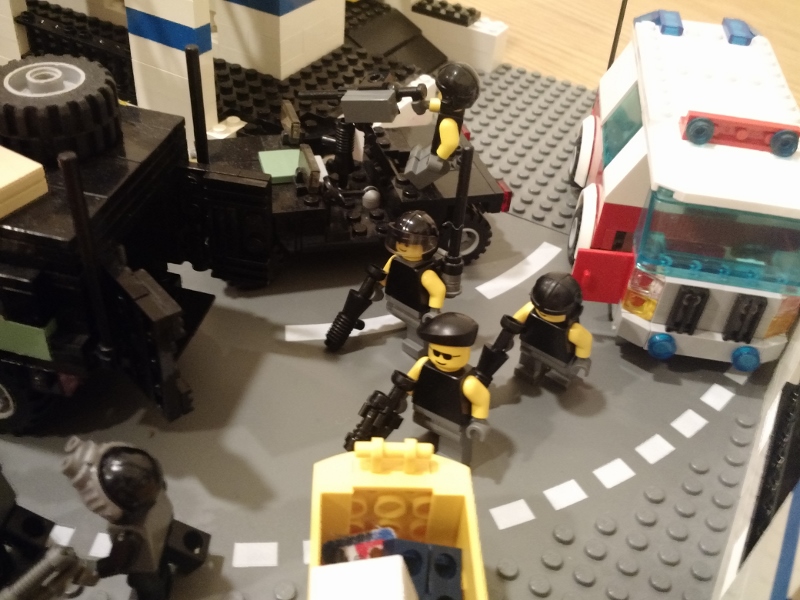 Everyone else follows the commondos to the left, bar the jeep gunner. 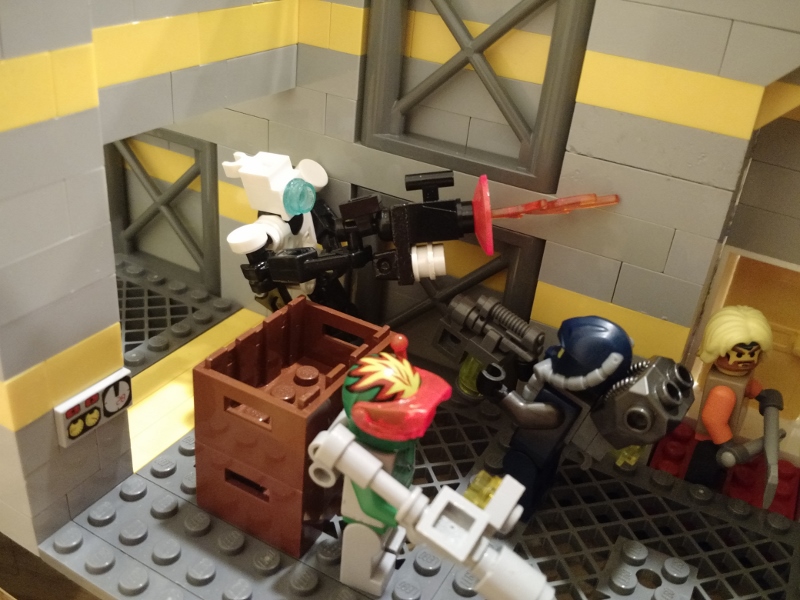 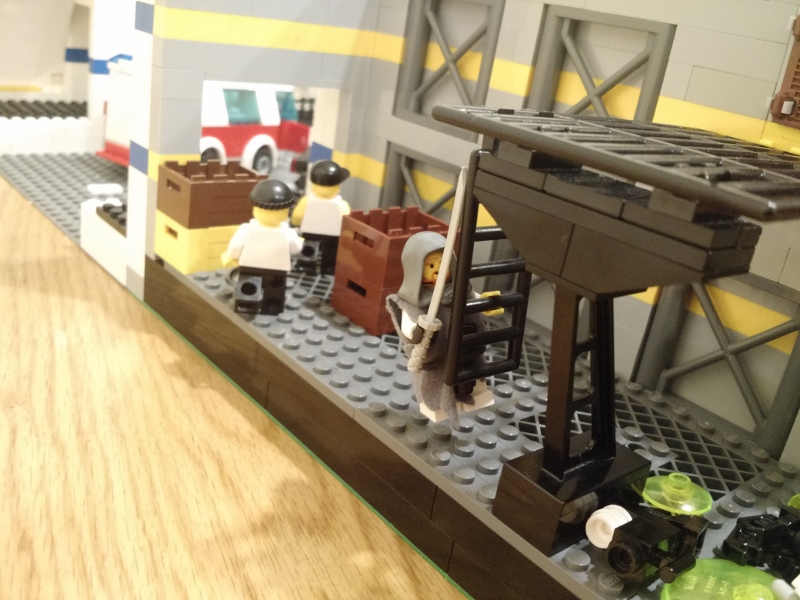 As his men move out, Krugman climbs the ladder. 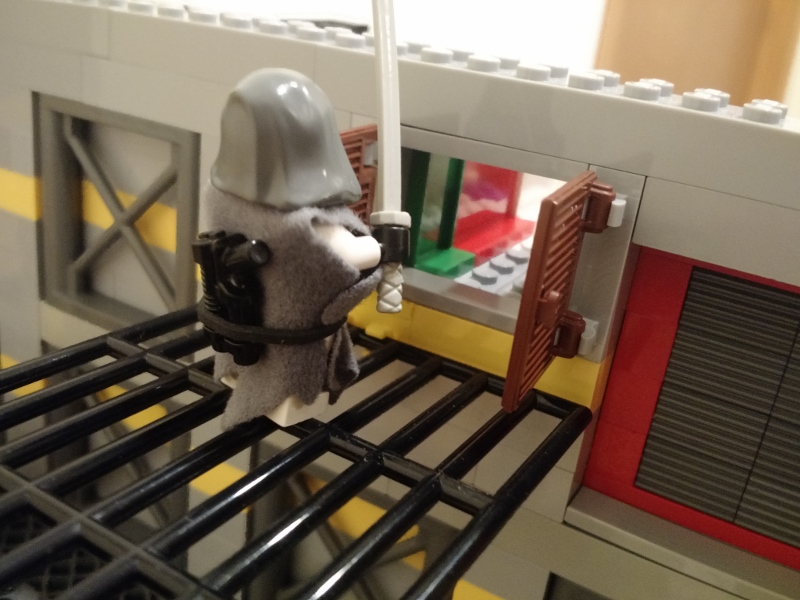 He reaches the maintenance vent. 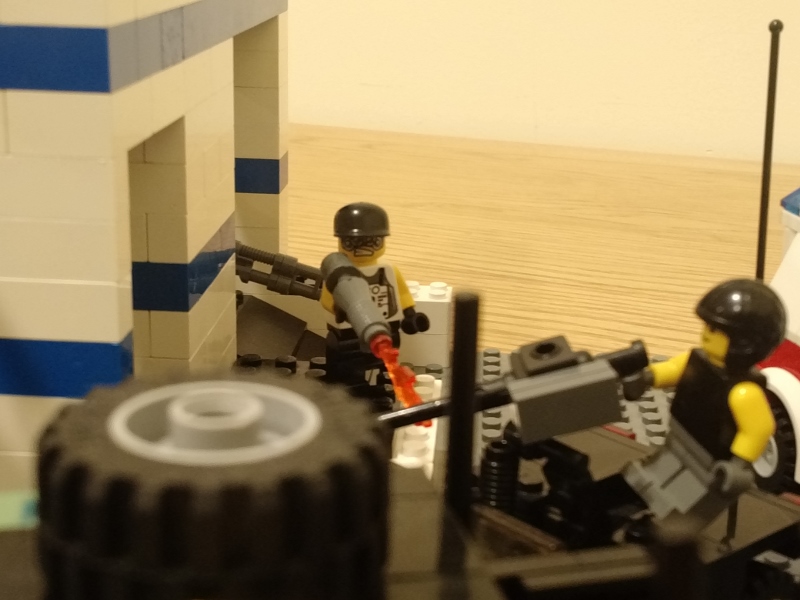 This guy attacks the jeep gunner, and misses. 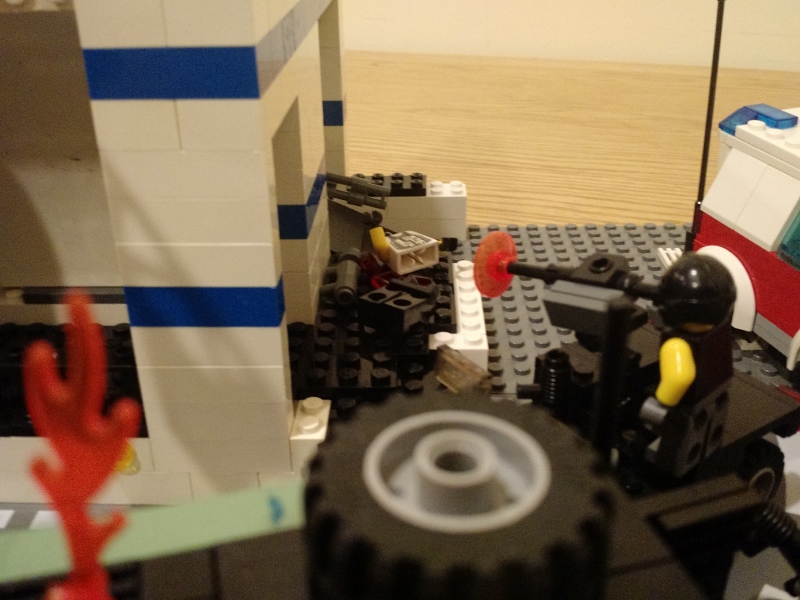 Response fire turns him to paste. 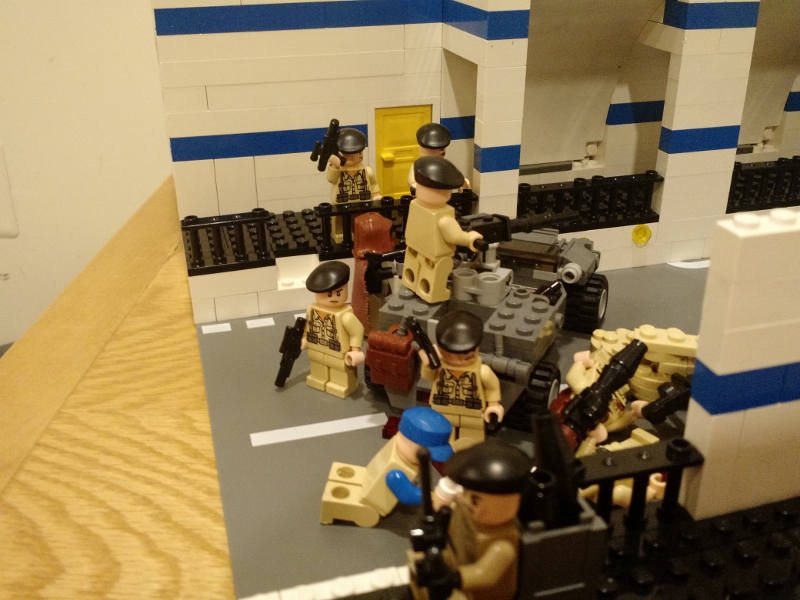 The troops all take cover and set up response fire. 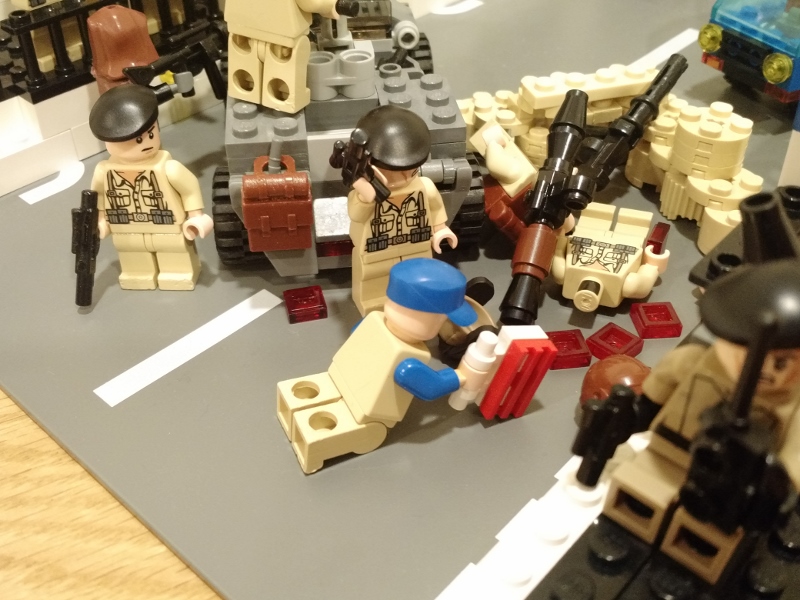 The medic fails to revive anyone. 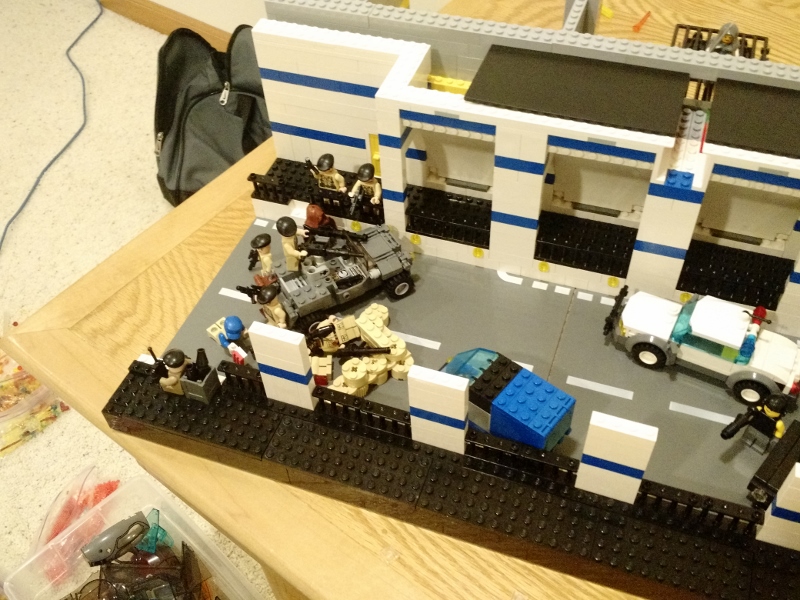 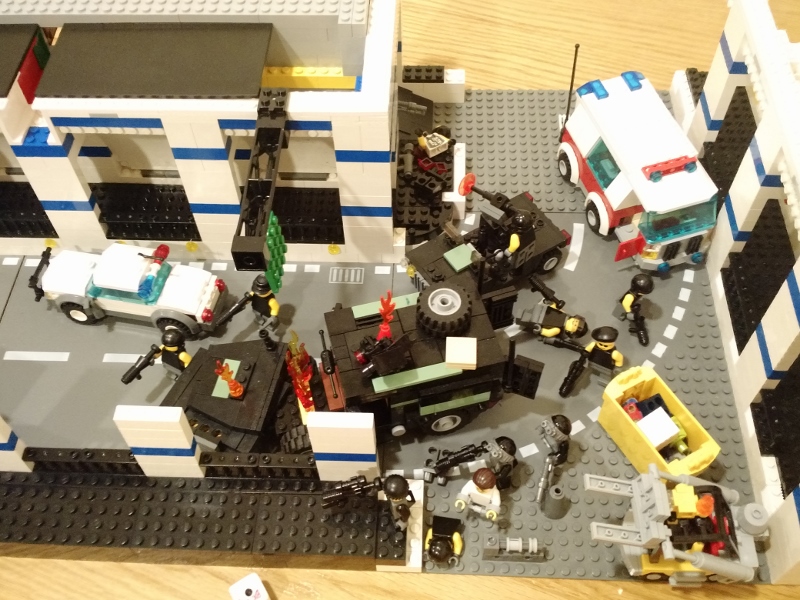 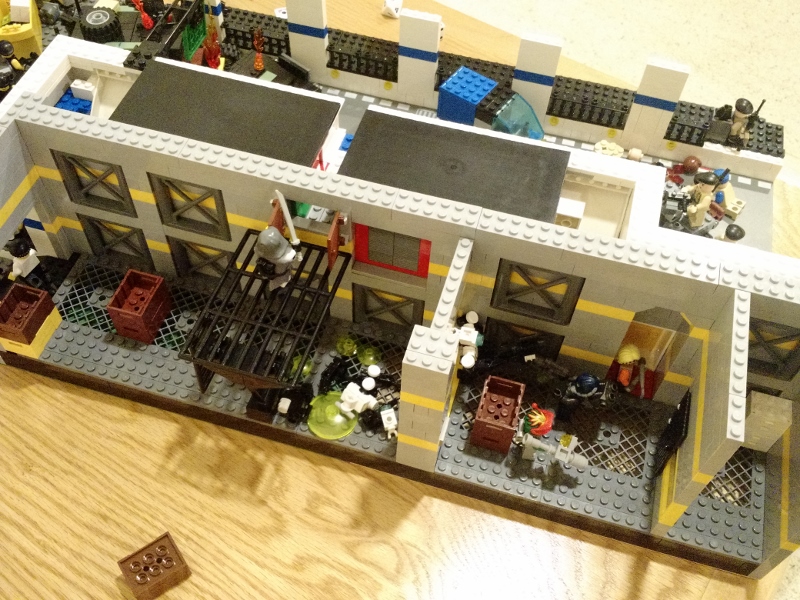