The culinary abomination pours more beer and ingredients into the cauldron.

It then tries to kidnap President Raygun, but is fended off by a beamsaber swing.

Climbing in the seat

Ignition and then liftoff

Gone to who knows where
-The ninjas have left the battle with the Dragon Katana in the rocket ship. Looks like the Dos Briquis guy will have to find a new means of transportation

Noting the pirates on the skiff, President Raygun cries out "Video Piracy is ruining Hollywood! They may rob our entertainment, but they will never take OUR FREEDUM!" The redcaps respond by gunning down two pirates.

President Raygun then shouts out, "I never knew how to tell you this, Agent Dangerzone...but Johnny...I am your FATHER!"

"Here's where all that tantric yoga really pays off!" Agent Dangerzone says, snatching the submachine gun off his back. He tries to shoot the cybernetic arm off of Captain Strongarm. "I'm claiming my right to bear arms, you cyborg sunsabitches!" Unfortunately for Agent Dangerzone, Captain Strongarm's arm is, well, a bit too strong, and holds for now.

The other redcap tries shoot the culinary abomination, but the recoil from his pistol means he smacks himself in the face instead. Doh!

Lara runs and guns, managing to take out one of the space pirates.

"What about us?" Dr. Weathersby asks, "Don't we get any reinforcements?" Unfortunately for him, the recent Brexit vote means nobody is really that interested in helping the Britannians.

He then tries to shoot a Spaniard, but accidentally drops his laser rifle instead.

I need orders from everyone else to continue.
Top

Gee, So much carnage. It's like...Carnage Gee Hall! /dadjoke

motorhead fan
I want to climb on to thevengefulone, stick my tongue into his ear and ride him all the way to satan.
Posts: 1647
Joined: Sat Jul 20, 2013 9:17 am
Location: Rolled up in a ball in a corner, quietly vomiting.

I'm going to Latvia for 3 weeks, could my guys be npc'd until my return?
Phalek empire, S.P.A., Belgïe, My claim to not being a shitbuilder.

motorhead fan wrote:I'm going to Latvia for 3 weeks, could my guys be npc'd until my return?

Sure, no problem. Have fun in Latvia!
Top

Do you have my orders?

I don't have them actually. Could you send them please? I also still need orders from Zupponn, Bann154 and Lordintype.
Top 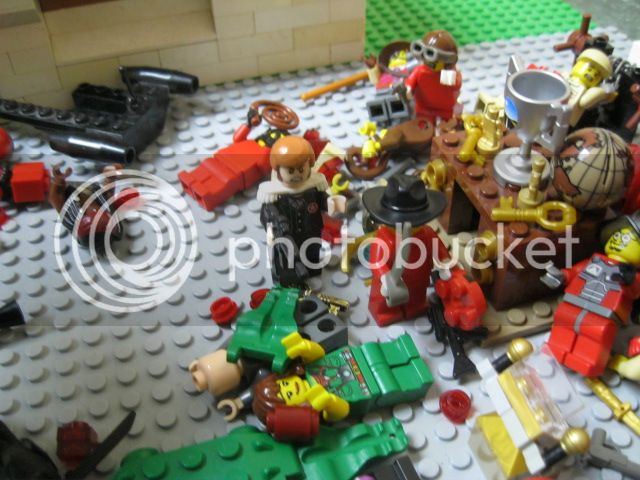 The other Spaniards shoot down one of the French Legionnaires.

The leader charges her raygun for a more powerful shot, but unfortunately misses her target. 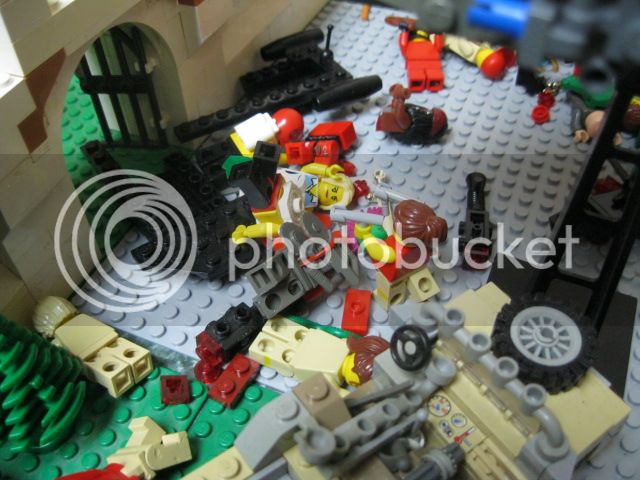 The space pirate tries to attack Lara, but trips and stabs himself. He manages to survive somehow.

Suddenly getting an idea, Captain Strongarm attaches his chain to the skiff.

Swinging down, he decapitates Lara.

Roche sticks his knife into the machine gun.

He then shoots it out, injuring Bill Hook.

Bill Hook then attempts to throw his knife at Roche like a boomerang, but it doesn't come back.

The Dos Briquis guy attempts to duel wield a pair of two-handed weapons.

His shots swing wide however, and instead of shooting Spaniards, he accidentally kills the French Legionnaire and the maracas player. Carlos Satana also gets injured.

Carlos Satana reveals that his guitar is really a MACHINE-GUN GUITAR, he and an audience member take out an inquisitor.

Two other audience members try to attack the Spanish Inquisition as well, with no success.

But, but I thought I was playing the abomination...

You are, it was just an error on my part. I just copied and pasted the kill chart from the last turn and changed the numbers. I wasn't paying attention to the names, will fix it.
Top

I can take over the Space Pirates again. Didn't see a name next to them.
If you're not into Metal you are not my friend!
Top

Apollyon wrote:I can take over the Space Pirates again. Didn't see a name next to them.