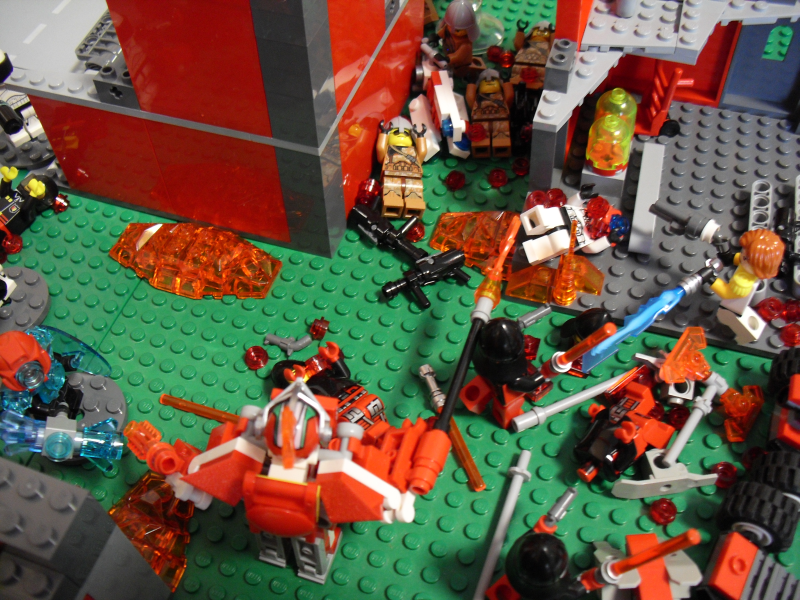 Rimkus makes a quick sweep through the alley by blasting a marine and 2 Polish soldiers with his machine gun. 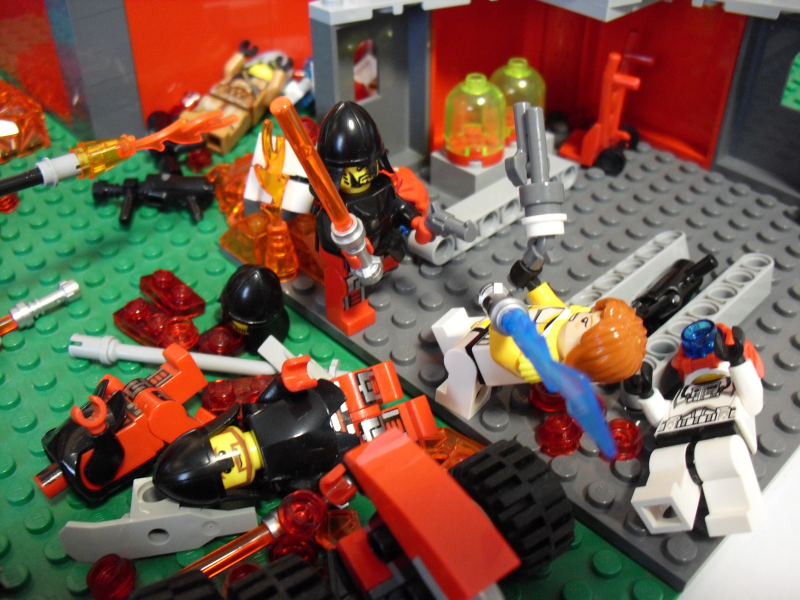 Both knights gang up on Magda and deal one HP damage to her. She managed to kill a knight with a counter attack. 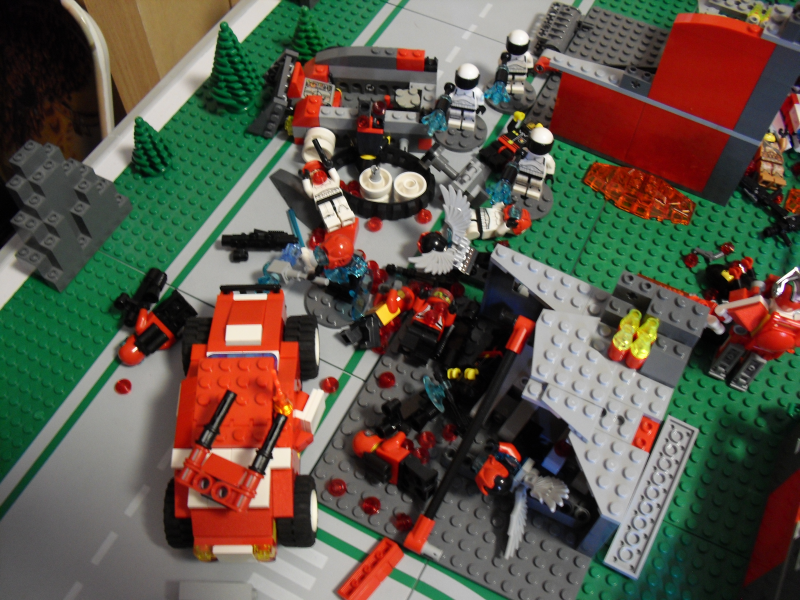 Lijart tried to flip the armoured car around, yet didn't have enough strength to lift it up (FEAT FAILED).
At least the soldiers dealt one SP damage to it. 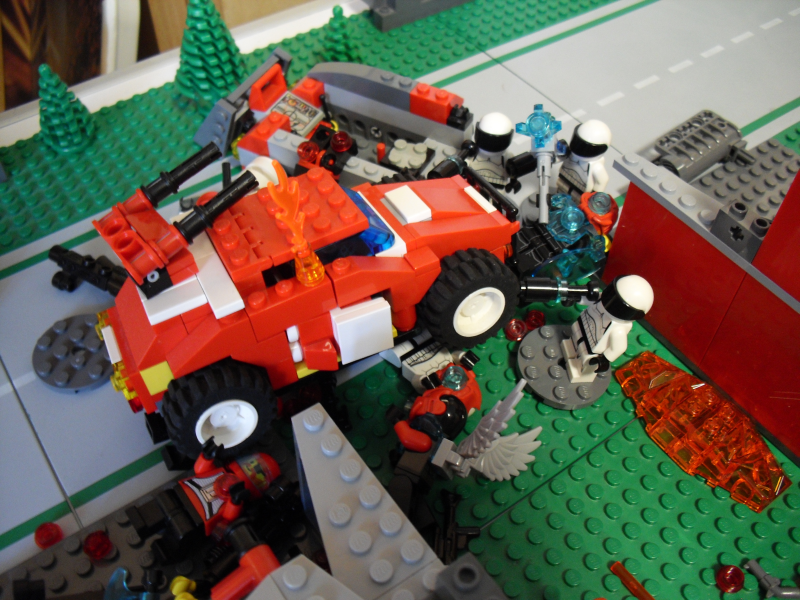 Which doesn't matter, since Irena rams that car straight into Lijart and his companions... 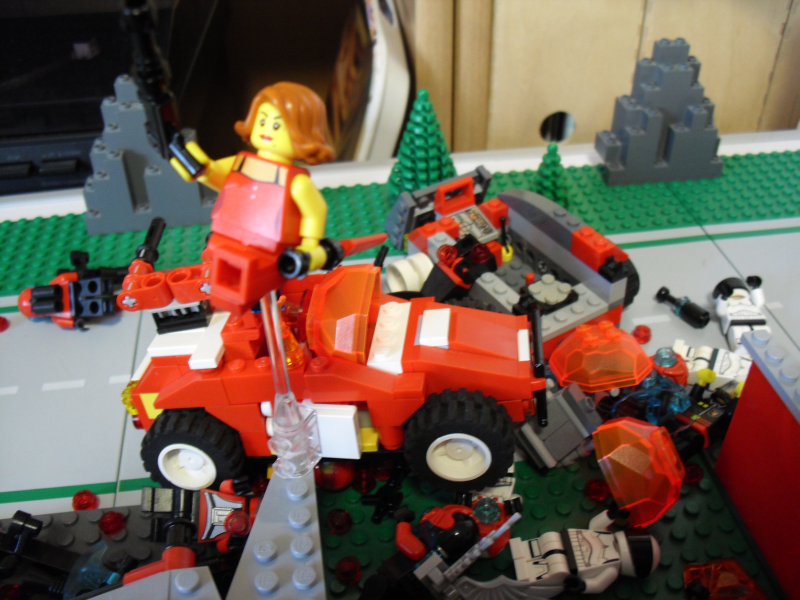 ...blowing it up. All three soldiers and Lijart are taken out by the explosion!
IMPERIALS ELIMINATED 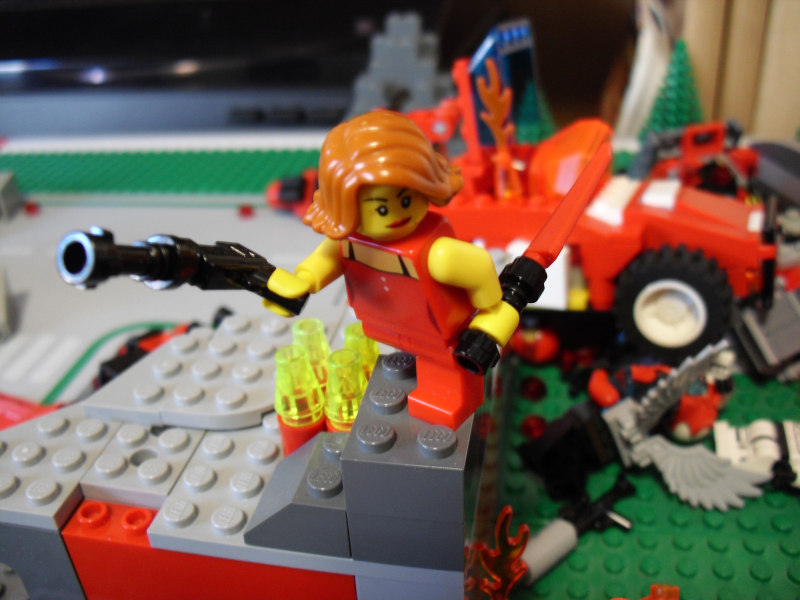 Whereas Irena safely lands on top of a ruined building (FEAT CRITICALLY SUCCESSFUL). 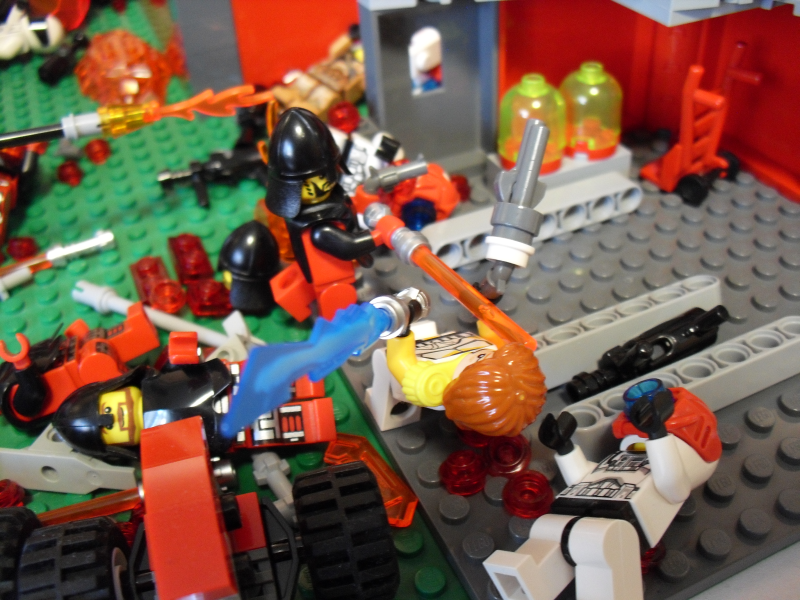 During the sword fight Madga deals no damage, yet is beaten down to her last HP. 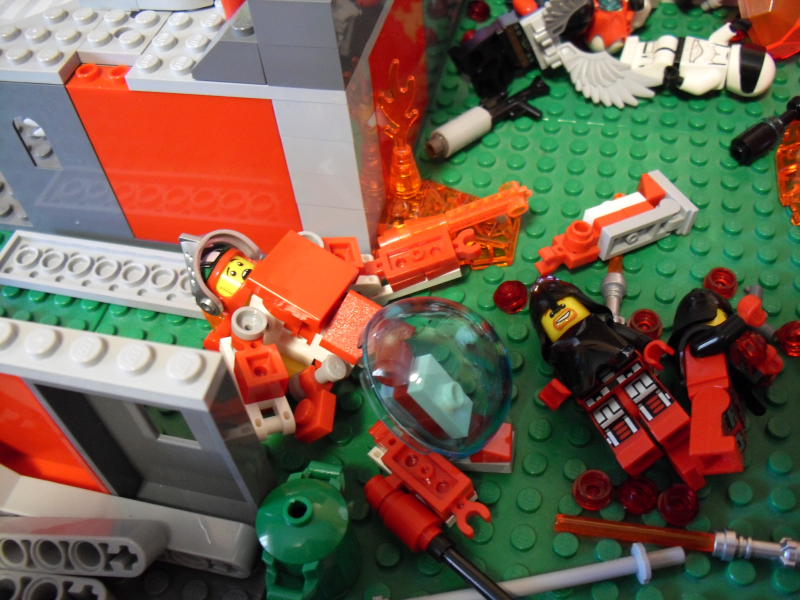 The drone missed, yet the soldier with the Laserowy Gniew hit with all shots and managed to destroy Rimkus' hardsuit. No redshirt came around to save him this time. 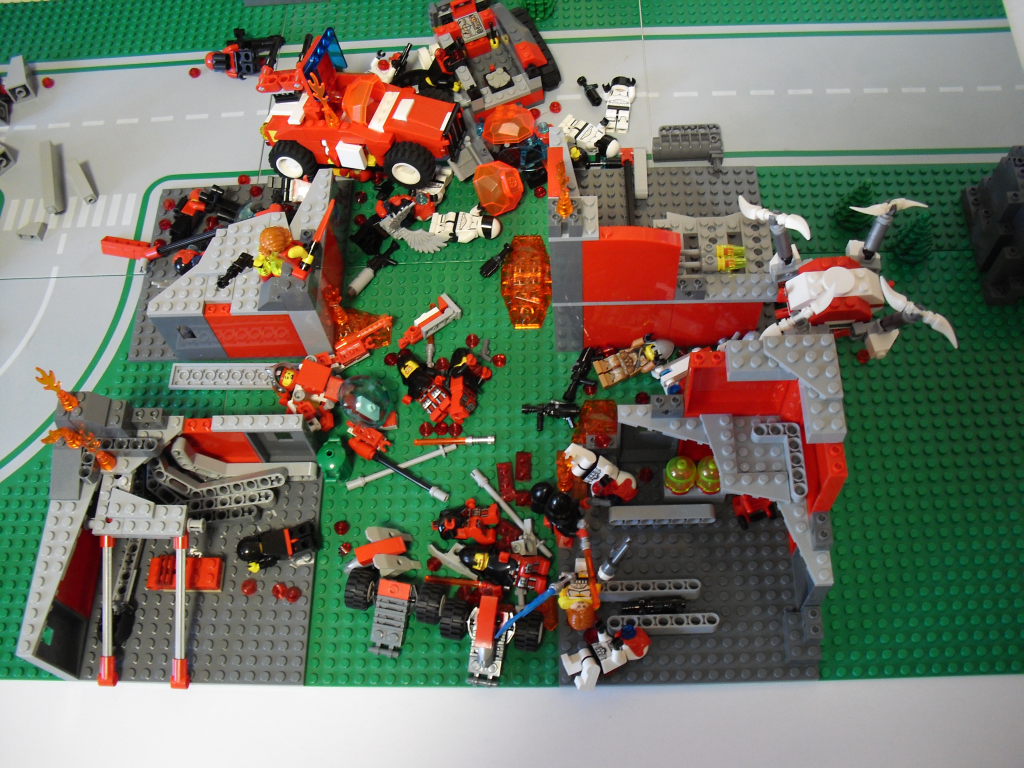 SEND IN ORDERS FOR TURN 5!

by Legomc
Even when I'm not rolling the dice, I still fail most feats.

by TastySkippy123
This battle escalated quickly! Turn 4 and only a couple units remain on each team! 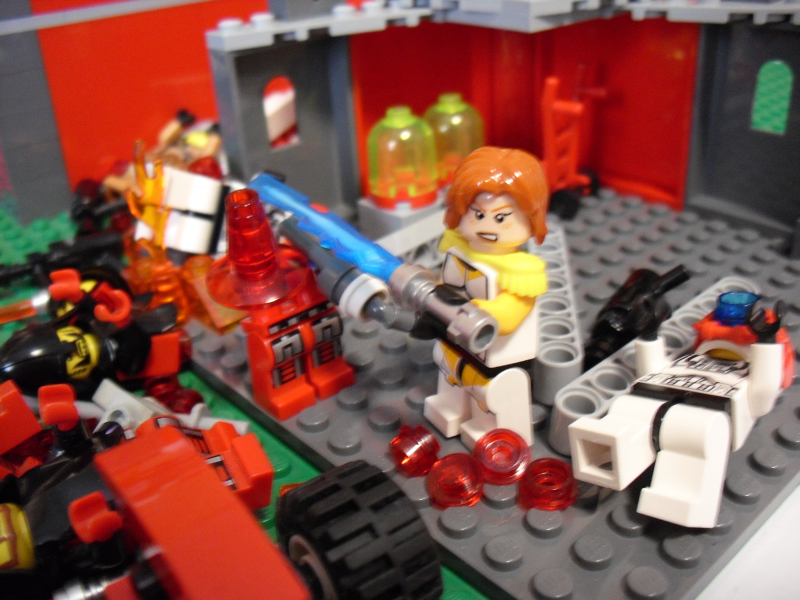 Magda strikes down the last of the Lietuvan knights with a forceful blow.
LIETUVAN KNIGHTS ELIMINATED 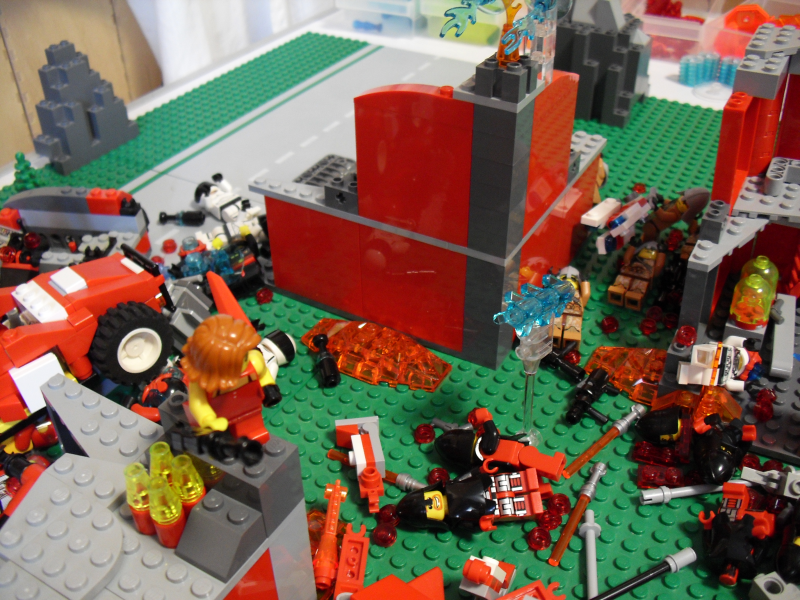 The laser gunner fires at Irena, while the drone takes a different target. 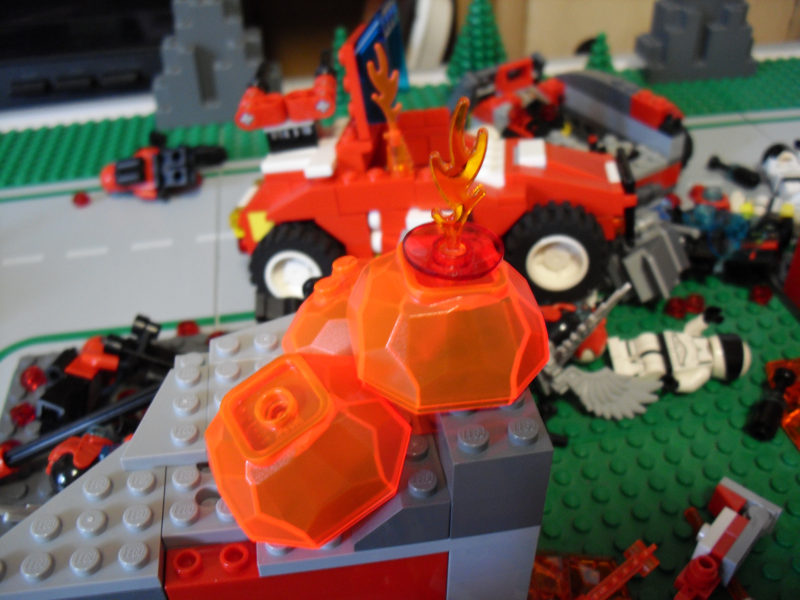 It fires at the shells next to Irena, which violently explode! 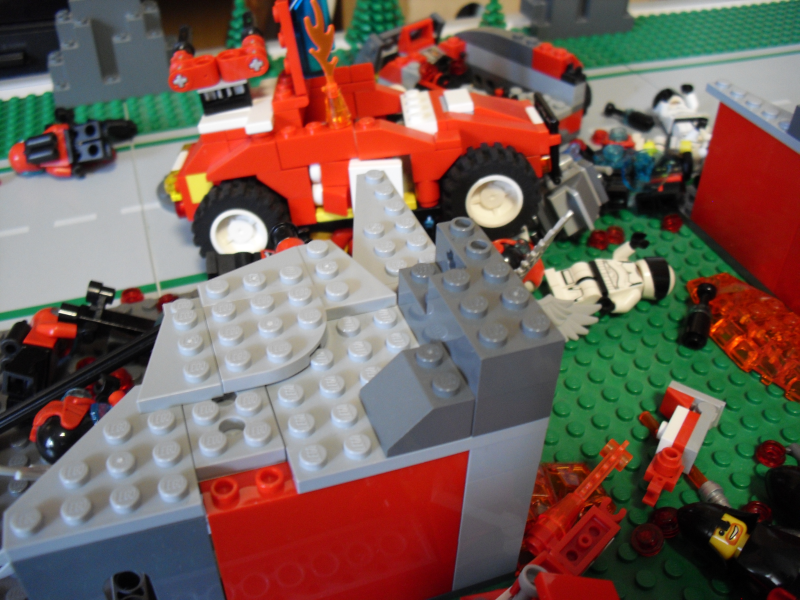 But there are no remains of her to see. Where did she go? Was she really killed? 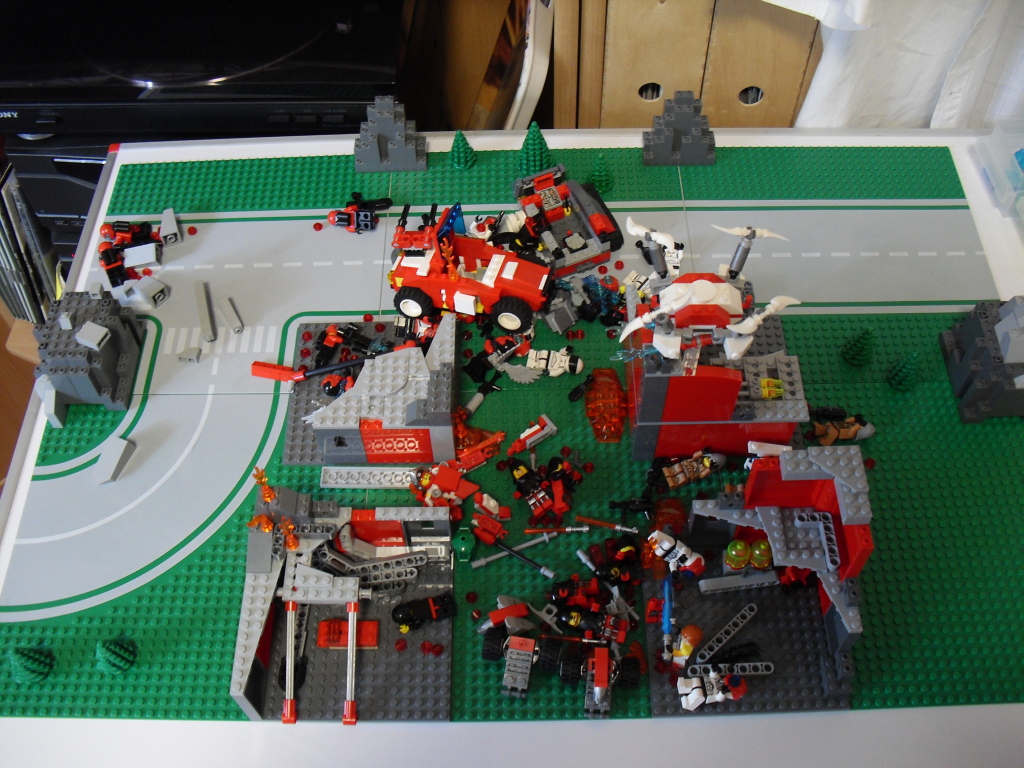 By being the only faction with living troops on the field:
THEVENGEFULONE IS WINNER!
Not to mention the support he received from Legomc.

Thank you guys for participating in this battle. I hope you enjoyed it! The epilogue to that one is already in the works, stay tuned! 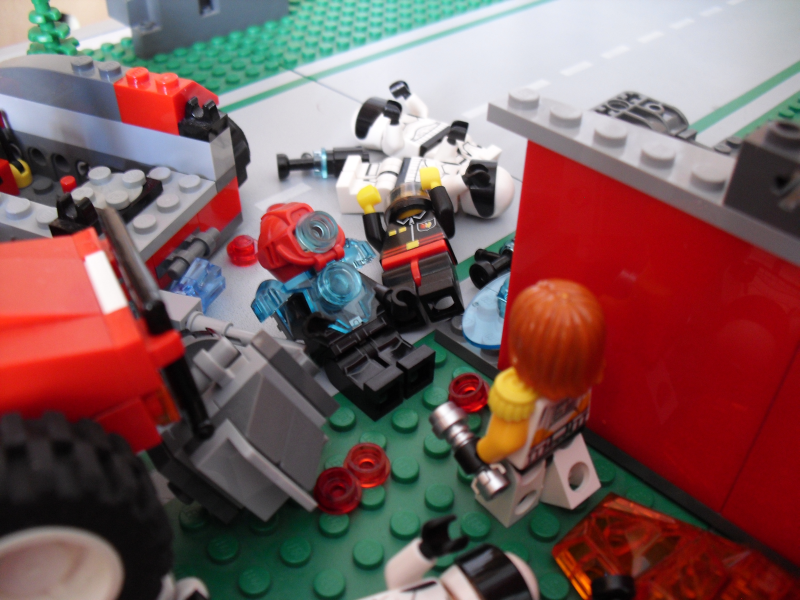 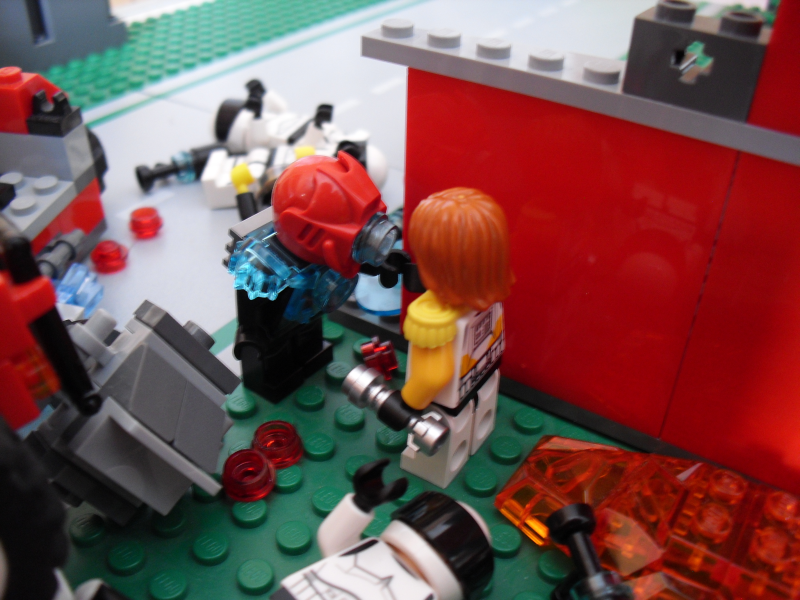 Magdalena Pierunska: "Some chick crashed her car into your folks and blew it up."
Lijart the Ugly: "Wait what... are they alright?" 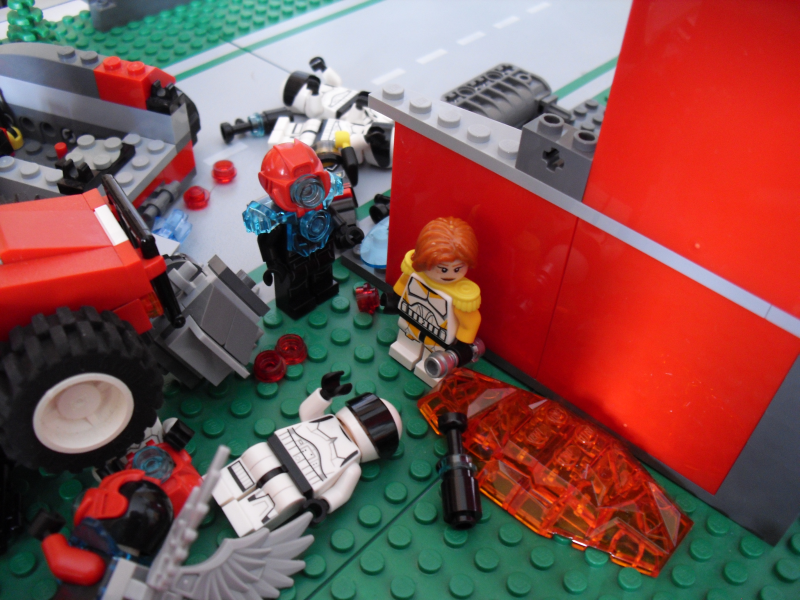 Lijart the Ugly: "They're all gone..."
Magdalena Pierunska: "My unit is almost gone, as well. There's nothing we can do about it now, though. We have to keep moving." 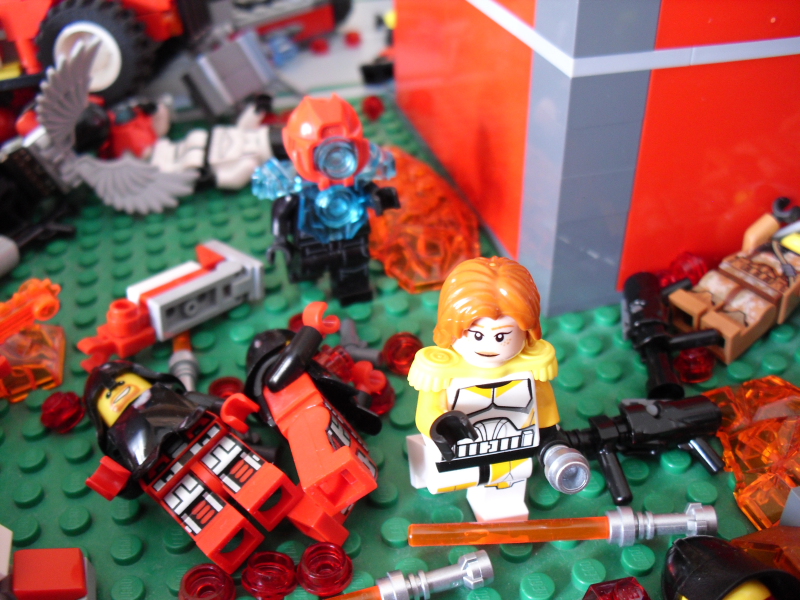 Magdalena Pierunska: "We still need to look for the Weedkiller."
Lijart the Ugly: "And you're sure, that they haven't already taken all existing samples of it?" 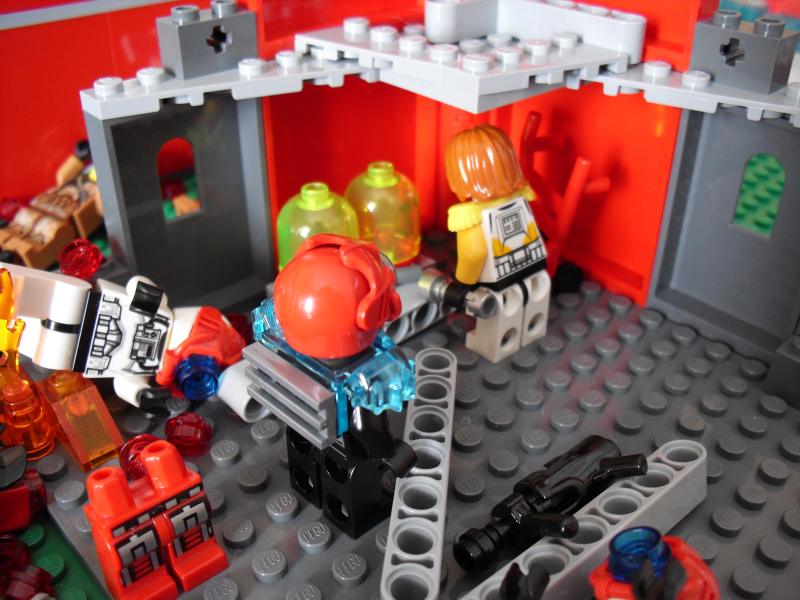 Magdalena Pierunska: "Could be? But hopefully they might have overlooked one sample. So keep your eyes op-" 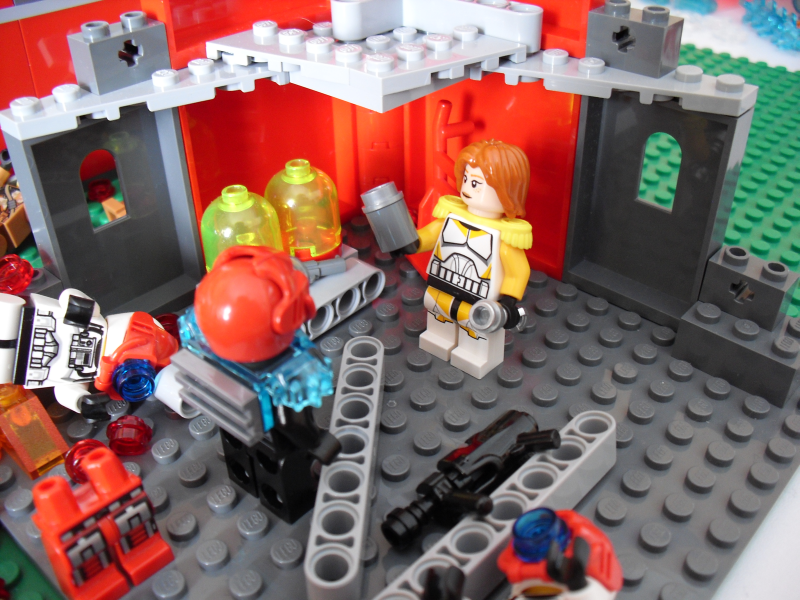 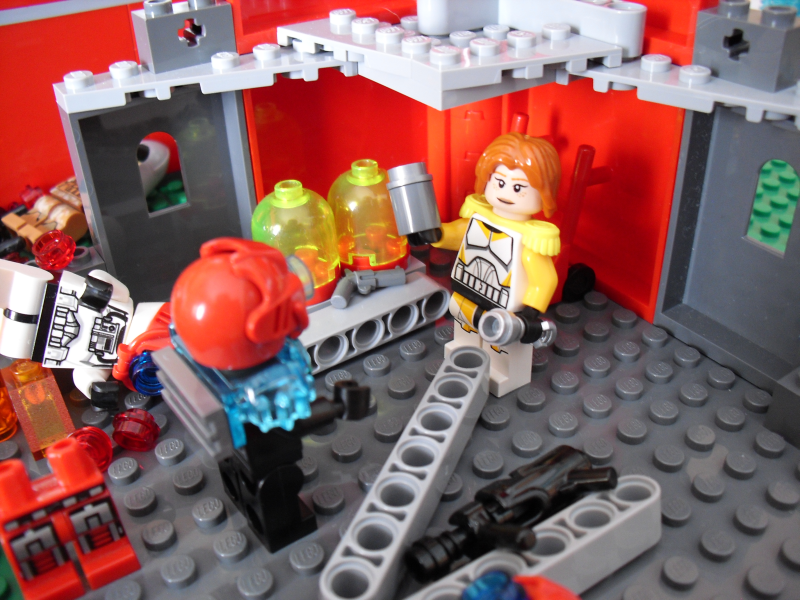 A few kilometres away from the battlefield... 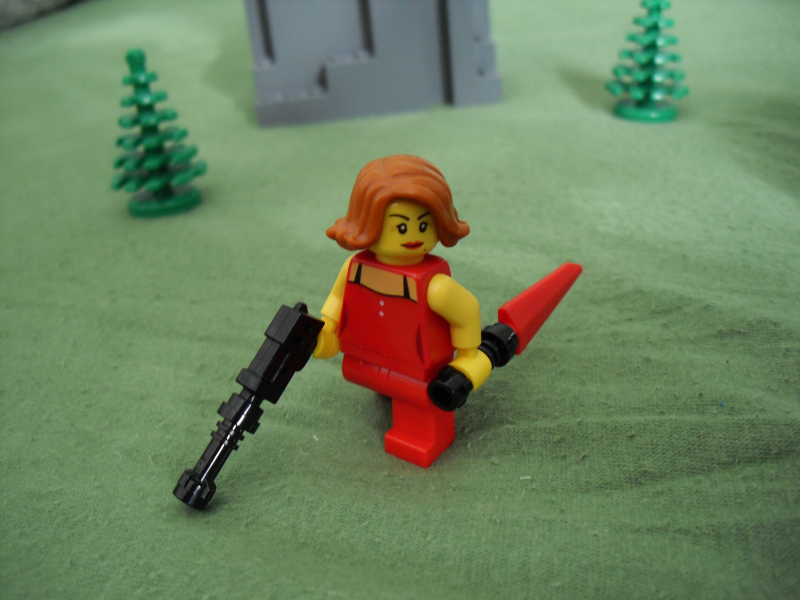 Irena Mielkutė: "Damn, that was close! It's best to join the others and leave this planet, now."

by TheCraigfulOne
Good Game everyone, this escalated a lot quicker than I thought it would. Also, a huge thanks to Duerer for putting on this awesome arc of battles, all of which were super fun for me and hopefully everyone else involved.