This will be a 6 player battle

This battle is "rigged" in the sense that one player will be allowed endless reinforcements until a certain objective is met, should he or she fail to accomplish it with the starting forces. This is in order to advance the kanon of a storyline.

3 players will be classed as "Normal" Players, the other 3 will be given secret factions. And will have conditions on which they may play

Players 2 and 3 are allied, and cannot deliberately foul one another.
Player 4 is friendly to players 2 and 3, but can do what they want if they wish to be an asshole.

Once the core has been destroyed, the match will last another 2 turns before being called to a halt.

Vague orders will result in vague interpretations.
Fudge will be used, a lot.


YOU MUST SEND ORDERS BY DISCORD PM, THIS IS NON NEGOTIABLE
Ask me for help if you don't have discord installed, I'm not doing forum PMs because it's too slow for me to use.
https://discordapp.com/invite/vtd2gN click this to join the BW discord server through your browser, no need to install

11:00 PM (10PM Eastern US) Deadline on each order, if I do not recieve orders from you by that time, I will NPC the turn, to keep it going fluidly
also please be prepared for interruptions, I'm very busy with my work and if I'm unable to do lego one night because of RL concerns, I will post a message that day, and I will not NPC turns, and rather wait for turns from players

The world of Arhus is a neutral planet that lies in Magikstrate space, mostly independent peach colonies but the Magikstrate has begun to annex the planet.

On Arhus the Magikstrate along with limited support from the M-Throne Empire, is in the process of building a gateway superportal. These superportals are used to teleport inumerable legions of the Empire's troops in from the Tharcan Galaxy
The teleporter is not operational, but due to recent political crisis, the project has been rushed and the engineers are installing the final peices of the first of six reactor cores, if just one of these cores is installed, it will be enough to teleport infantry non stop into the Nehellenium Galaxy. The Magikstrate and M-Throne troops are not expecting trouble so quickly

The Galacian Republik, in response to what it called a terrorist attack in it's territory by Magikstrate forces, has sent a strike force to bomb the hell out of a Magikstrate world to get them back for the previous transgression. Only recentley have they learned of the portal and the M-Throne's imminent arrival. The GR military has arrived to knock out the superportal reactor and permanently disable it. Doing so will rob the M-Throne Empire of a staging ground for the time being, so close to the Gold Sector. 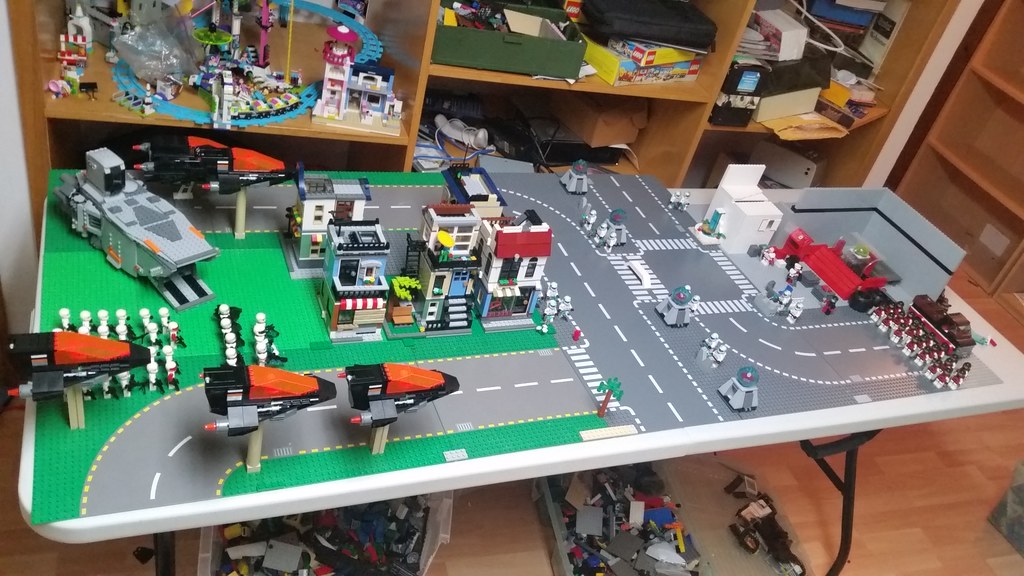 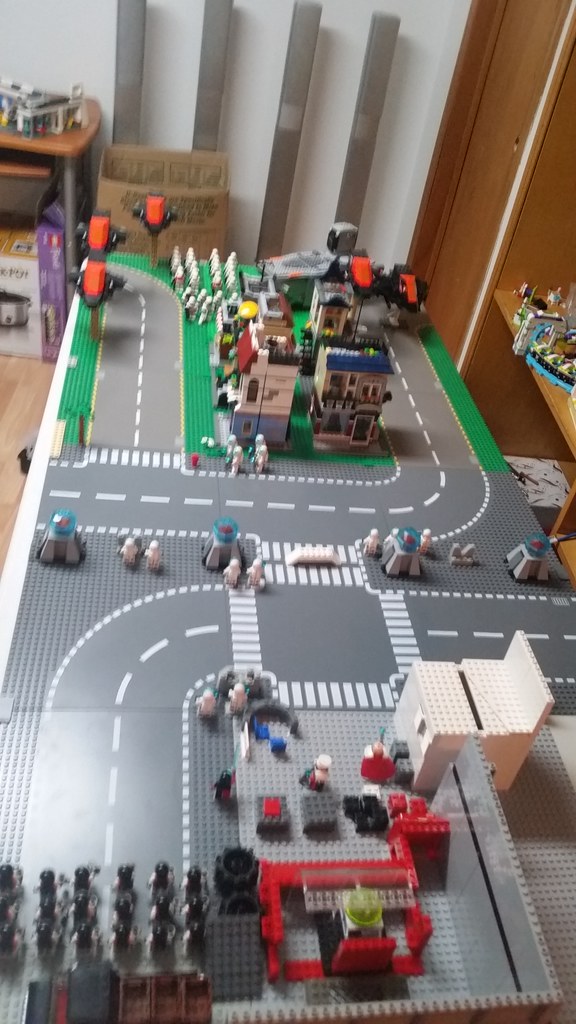 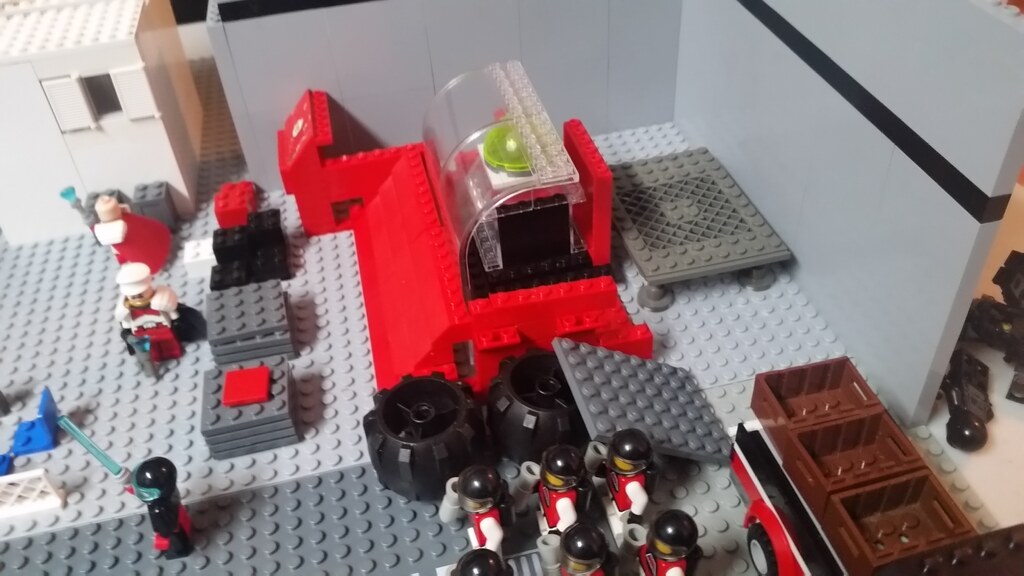 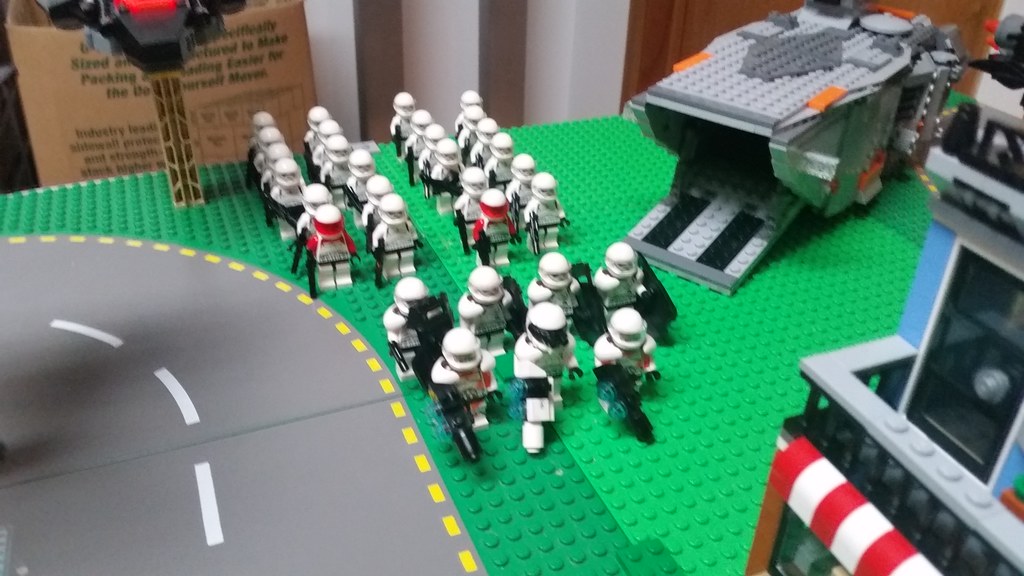 20170705_222851 by Dic Jacobus, on Flickr
PLAYER 1 - Galacia
Objective - NUKE THAT FUKKEN CORE
Assets
- 2 squads of Shocktrooper heavy infantry
- team of Shocktrooper Guardians
- command team of Elite shocktroopers and a hero
- strike wing of 4 starfighters and 1 starbomber
- an endless stream of assholes, should this not be enough 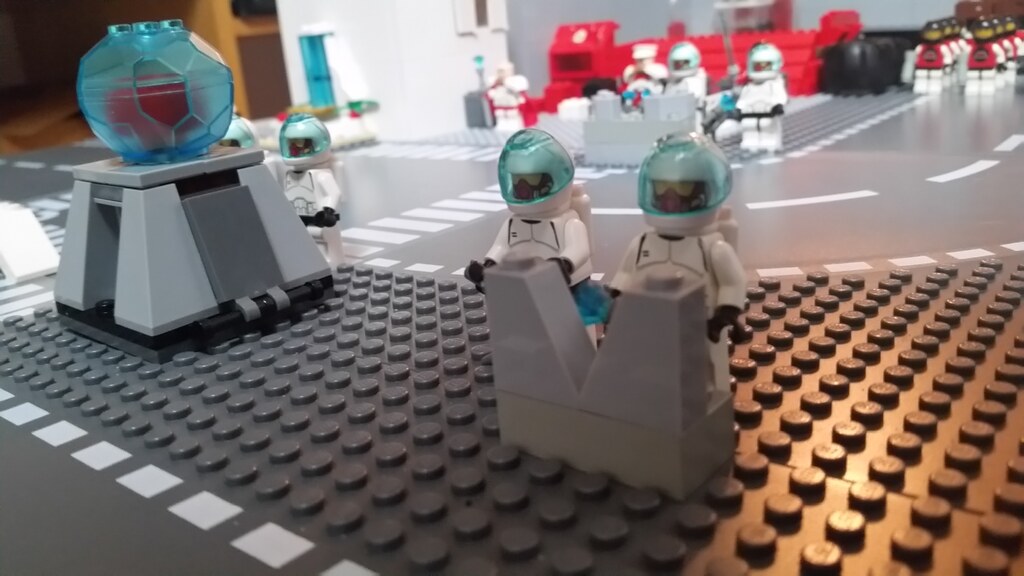 20170705_222914 by Dic Jacobus, on Flickr
PLAYER 2 - Imperial Magikstrate
Objective - Protect the reactor core
Assets
- Groups of infantry scattered across the map
- 4 magik missile turrets
- Officer, battlemage and Special agent who can teleport once per turn 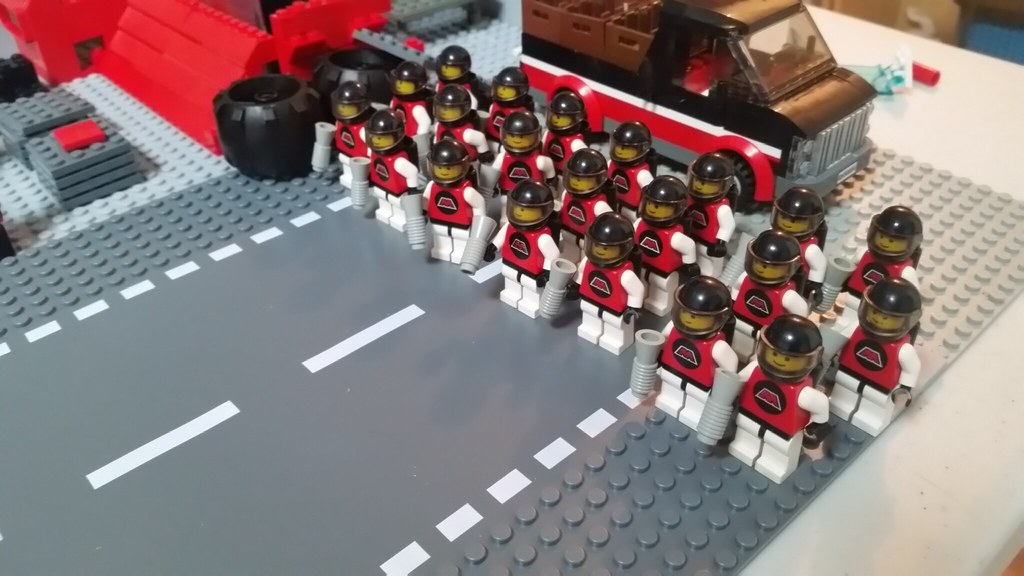 PLAYER 4 - Secret faction, Codename "Friendly neighborhood peach" - Archduke
Objective - you just do "you"
Assets
- Half a dozen troops. Normal type
- May enter the battle at any time after the first turn is completed by players 1 2 and 3
- Will enter from the north side of the map.


PLAYER 5 - Secret faction, Codename "Edgy troll" - Steel Valkrie
Objective - Ruin somebody's day by being an annoying shit to their plans
Assets
- Half a dozen troops, with 1 or 2 heavy weapons
- May enter the battle at any time after the first turn is completed by players 1 2 and 3
- Will enter from the dead center of the map

also Let me clarify, Orders via discord. but Claiming slots is to be done on the forum

Upon claiming the slots, the secret players will be given an idea on their faction and any other special rules or notes. Secret factions will not be revealed to the public until the turn that they become active, at the end of the last player's turn, players 4 and or 5 can announce whether they wish to deploy on this round or not, and once deployed their turn will immediately start.
Faction Index - Battleplates Chronology - Flickr Gallery

Can I be player five, please?

yep poke me on discord via PM. and I'll give you the skinny
Faction Index - Battleplates Chronology - Flickr Gallery

This is awesome! If I wasn't moving this week I'd pick up IM!

Player 3 please! Ill send you a PM on discord.

No slots will be reserved until I get a poke on discord, by doing so this validates that you can send messages to me on discord
Faction Index - Battleplates Chronology - Flickr Gallery

this one looks soooo awesome
Top

not my best battleground but it was assembled post haste.

3rd secret faction please, also could you add me as friend on discord? I can't join the bw server because I got banned(I'm Zebra#0827)

I will be starting this battle after work tommorow, regardless of players