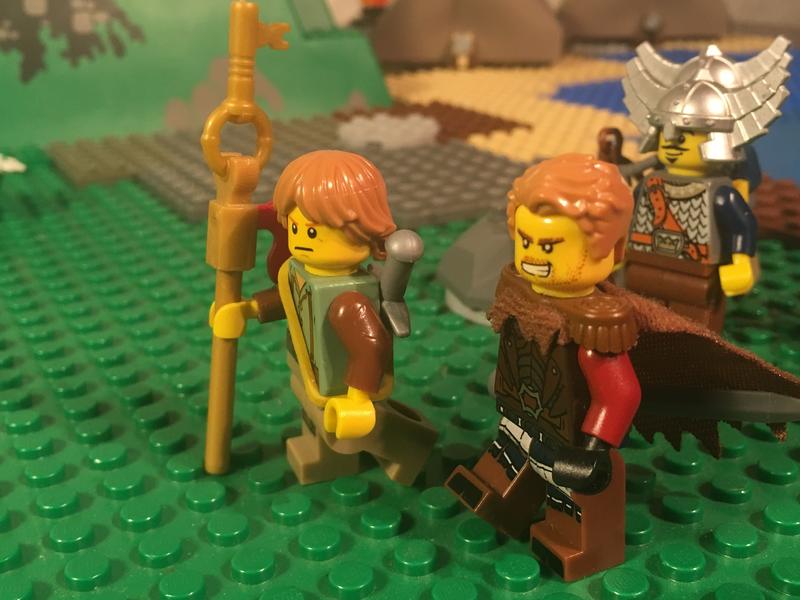 Galvyn: We've been hiking since yesterday afternoon, how much longer until we reach Seelie territory?

Corrik: This part of the woods is contested area between Winter and Spring, if we keep on this path we should come across a Spring outpost soon enough. 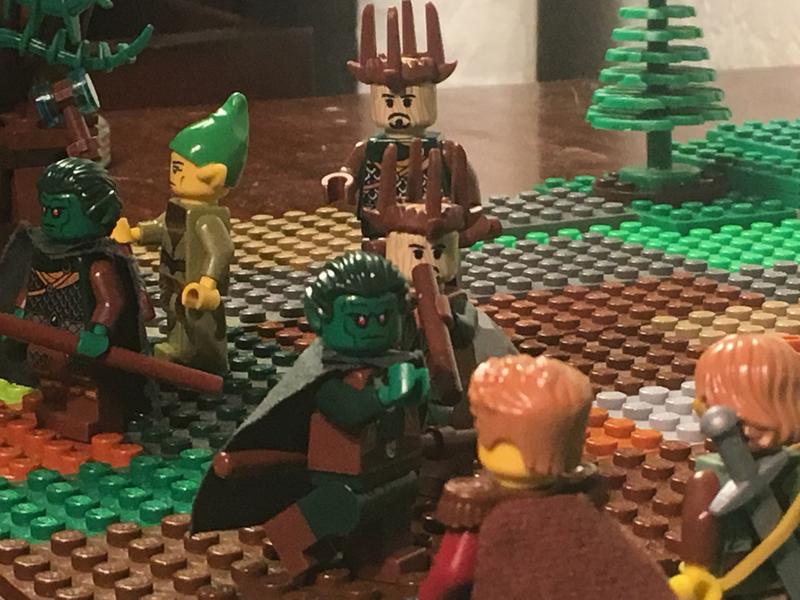 Green Knight: Go no further, mortals, thou art trespassing on the lands of Queen Titania.

Corrik: Ah good, I was beginning to worry we'd been going the wrong way. Let me handle the talking Galvyn. (Now, how were you supposed to talk to these buggers? Ah yes.) We needs must speak with thy lady regarding an urgent matter of great import. Prithee, giveth us audience with her majesty?

Galvyn: (This is a really bad idea.)

Green Knight: Nay, little mortal, I cannot in good confidence allow you to continue on unhindered. Turn back and no harm shall come to thee. 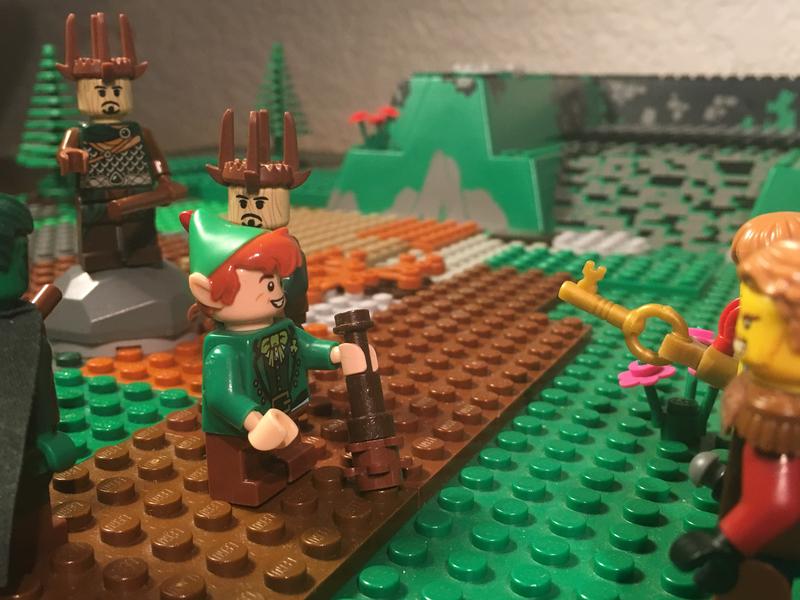 Robin: Now now, calm thy knickers, moss head. I wish to hear the humans out! What brings you so deep into the Wyrdwood, ye humans of great spine and little brain?

Galvyn: Unseelie fey attacked our village, looking for some sort of artifact. We were sent to speak with the Faery Queen so she might tell us why such an attack took place.

Robin: Mmmh, yes, this is indeed troubling news, to hear that the Fomorians are venturing outside the wood now. I can take you to speak with Titania, but you should know that nothing comes without a price. Me and my troops are preparing to raid a Fomorian encampment in this area. The power you wield in that fancy staff might just be what we need to give us an edge. If you help us drive off this band of troops and raze their camp, and also survive the fighting, I will escort you to Titania.

Corrik: *Cracks knuckles* Sounds like a win-win situation to me!

Key Info: This game will be a 1v1 deathmatch battle, and will last a maximum of three turns. Stats for units can be viewed HERE, and are adapted from Zahru’s Encyclopaedia Medivo. 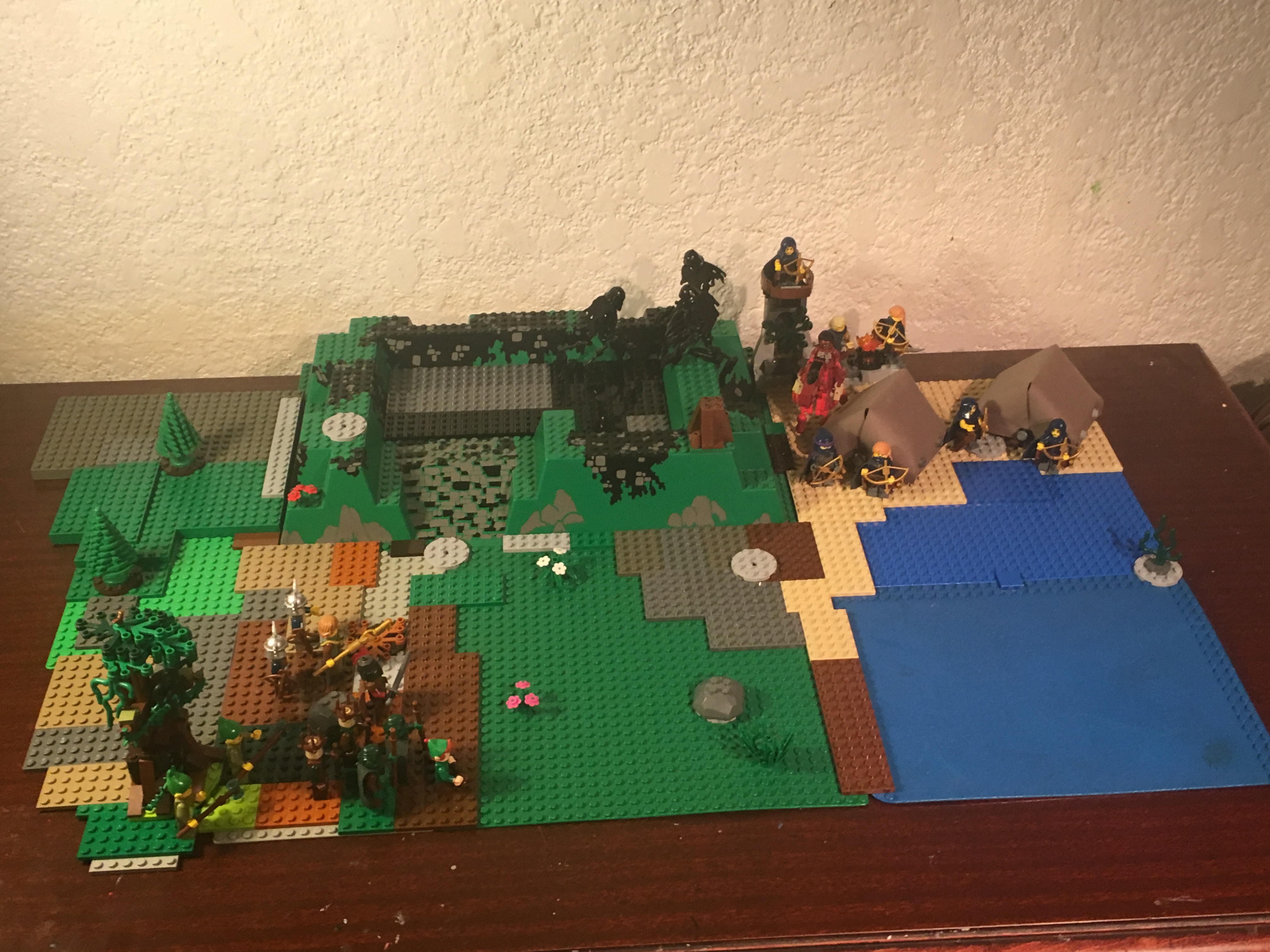 Objective: Kill as many of the opposing troops as possible in the allotted time. Winner goes to most kills. 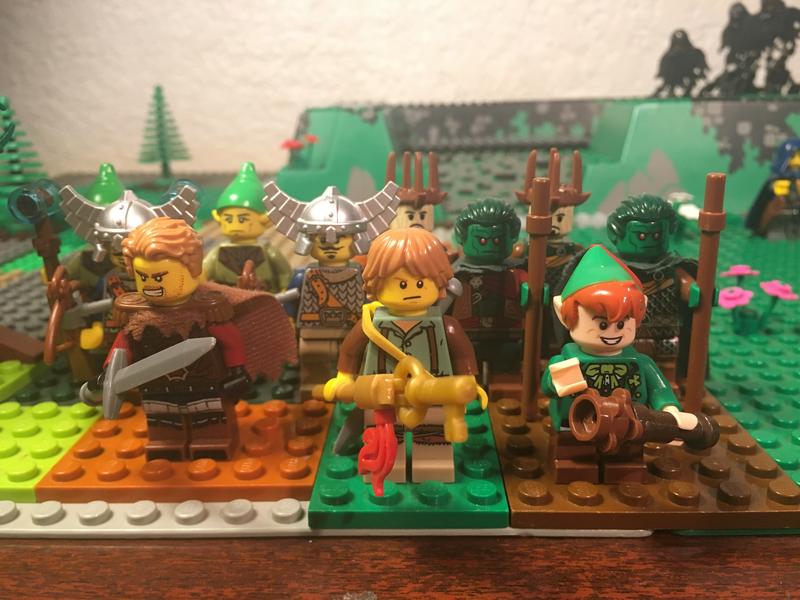 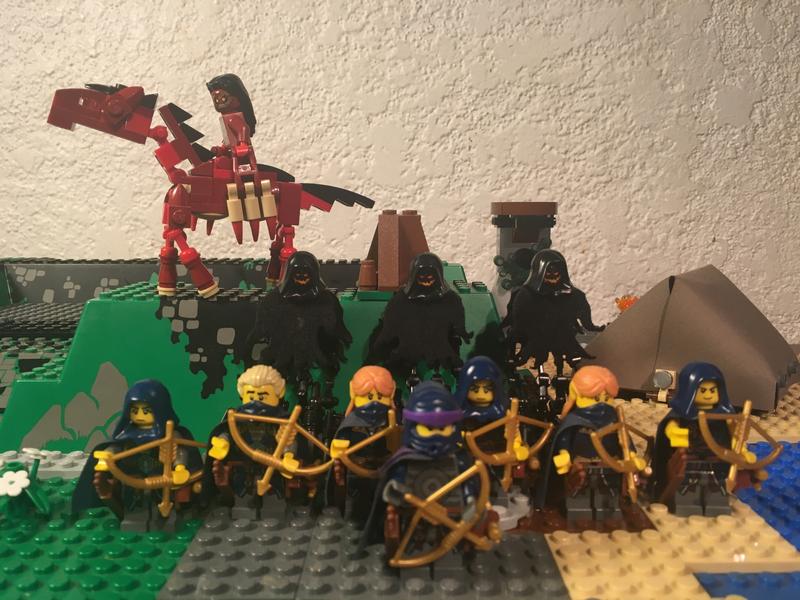 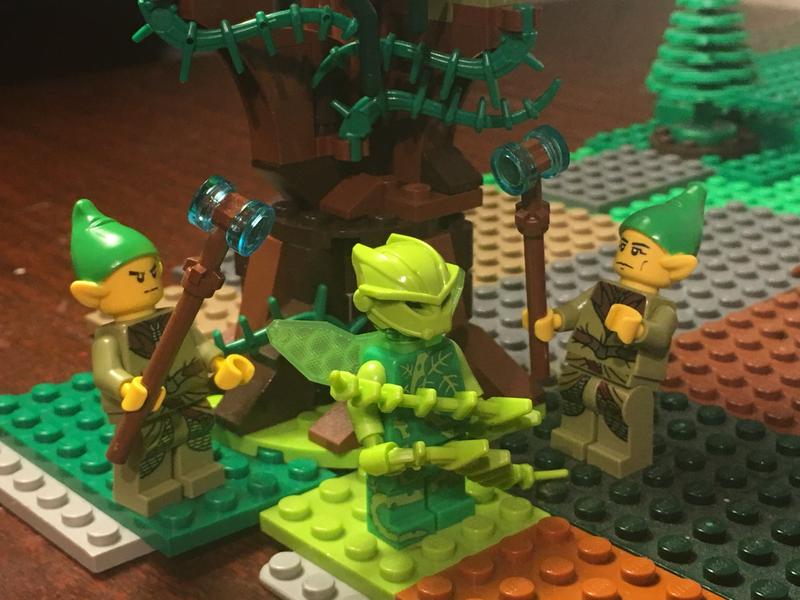 In this particular scenario, the Druid units can also be used at the Thorn Tree to summon Thorn Elementals to aid Team 1. They may attempt to summon one per turn as part of a combined action.

In addition, there are a number of secret objectives called achievements that can be discovered by performing certain actions or by interacting with the environment in certain ways. Discovering achievements is encouraged, as they will provide bonus Achievement Bennies that can be used in the same manner as normal Brikwars bennies.