by Archduke
The planet Sarkov is a cold somewhat barren planet in neutral space. Once a thriving populous center, a massive war leveled many of the cities, the brutal conflict ended in a planet-wide slaughter following the deployment of a fearsome bio-weapon, a gray cloud blacked out the sun, as the populous withered away. The cities destroyed were never rebuilt, and the planet its self began to fall into disrepair, silently crumbling in the absence of anyone to remember them. All this changed when Monarch Henry VIII discovered massive deposits of OT ABS this caused a resurgence in the planet's population, everyone assumed that the weapons of the war were gone, but the remnant of the Bio-weapon still remained...
suddenly, strange creatures known as "hosts" began appearing all around the planet, ravaging mining camps and causing terror.
Suddenly, without warning, all of the hosts congregate in one location, on the outskirts of the last populated city on the planet. More disquieting is the fact that that town holds the planet's only space elevator, if the hosts can get off world, they will wreak havoc throughout the galaxy...
In a last ditch effort Henry sends out a distress call to any faction he can, promising a wealth of ore for whichever faction can fell the most hosts. He is not disappointed, as armies from across the galaxy converge on one spot, ready to seize glory!

Henry VIII and the Hosts are going to be NPC'd


Special Rules:
-There are 3 big factions and 3 Small Factions
-The small factions have an armor bonus
-The primary goal of all factions is to stop the hosts from getting to the other side of the map, the hosts will move forward at the end of every turn, and if they reach the other end of the map, all factions lose
-a turn will be posted every 3 or so days
-The Battle will start when all factions are taken

(since im an HH judge, I can still play, right?)

by BriksKrieg
We're gonna have to do some SERIOUS killing with just two factions...

by AZKAMAT
The competition looks fierce, and ossum...

I shall take the new Grenwickers! TO GLORY!

by Archduke
I want all six factions to be taken plz, we just need 2 more people

by Archduke
I'm starting the battle now, if anyone wants to take one of the 2 empty factions, I will add them back in.

The soldiers form a defensive line, with 2 of them commandeering the half-track

Three peaches climb onto the church roof, and 2 more hop into the jeep, the rest open fire on the hosts

69 hosts fall to their fire.

The troops move up, the sniper dragging a maiden behind him

They open fire, killing another 4 hosts.

The hosts move up

SEND IN ORDERS FOR TURN 2!

by Archduke
Sorry for the late and hurried upload, the deadline is today, and I had a lot of technical difficulties. 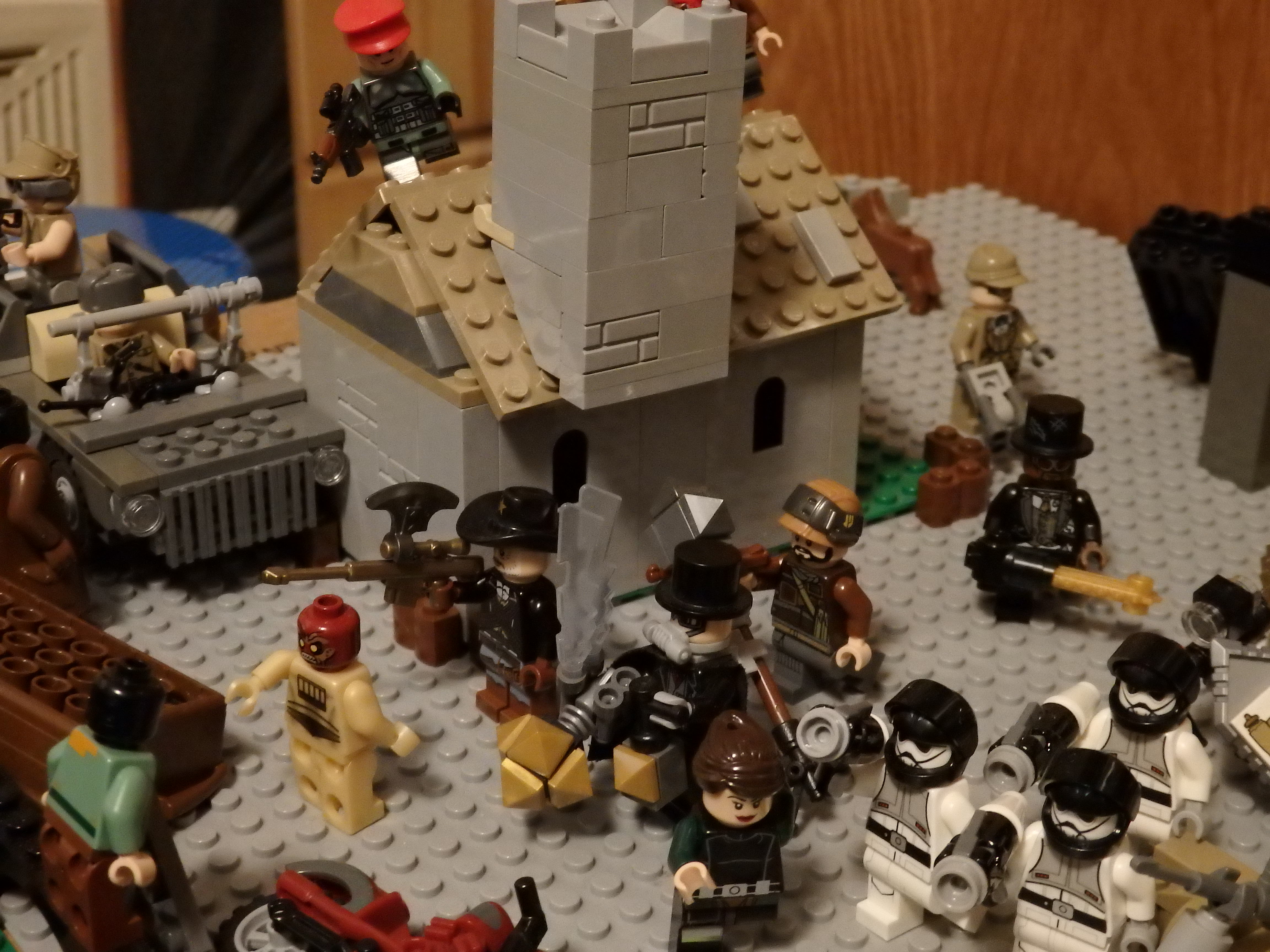 The Peach forces form up and open fire 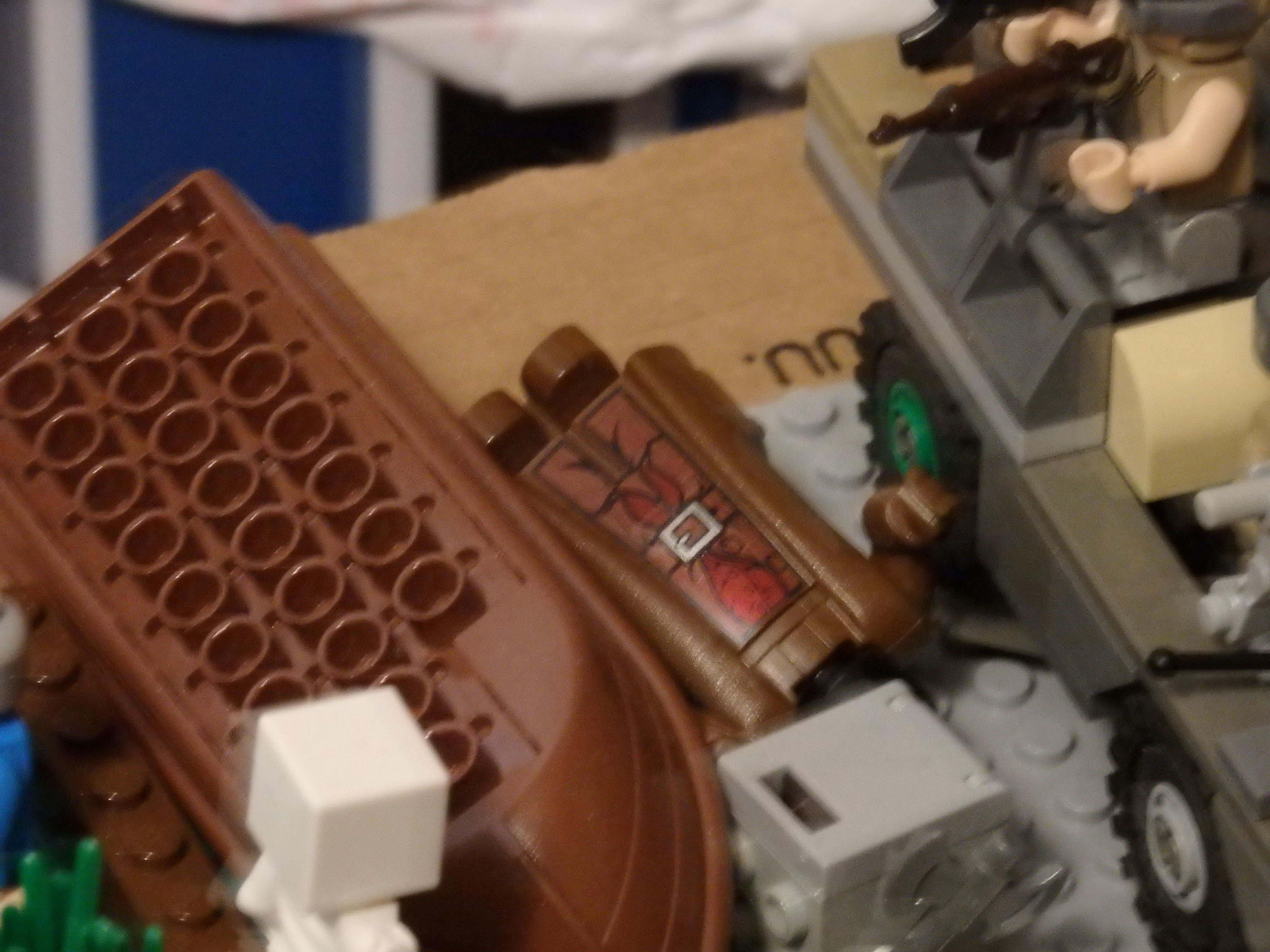 The peach in the jeep also gets a kill 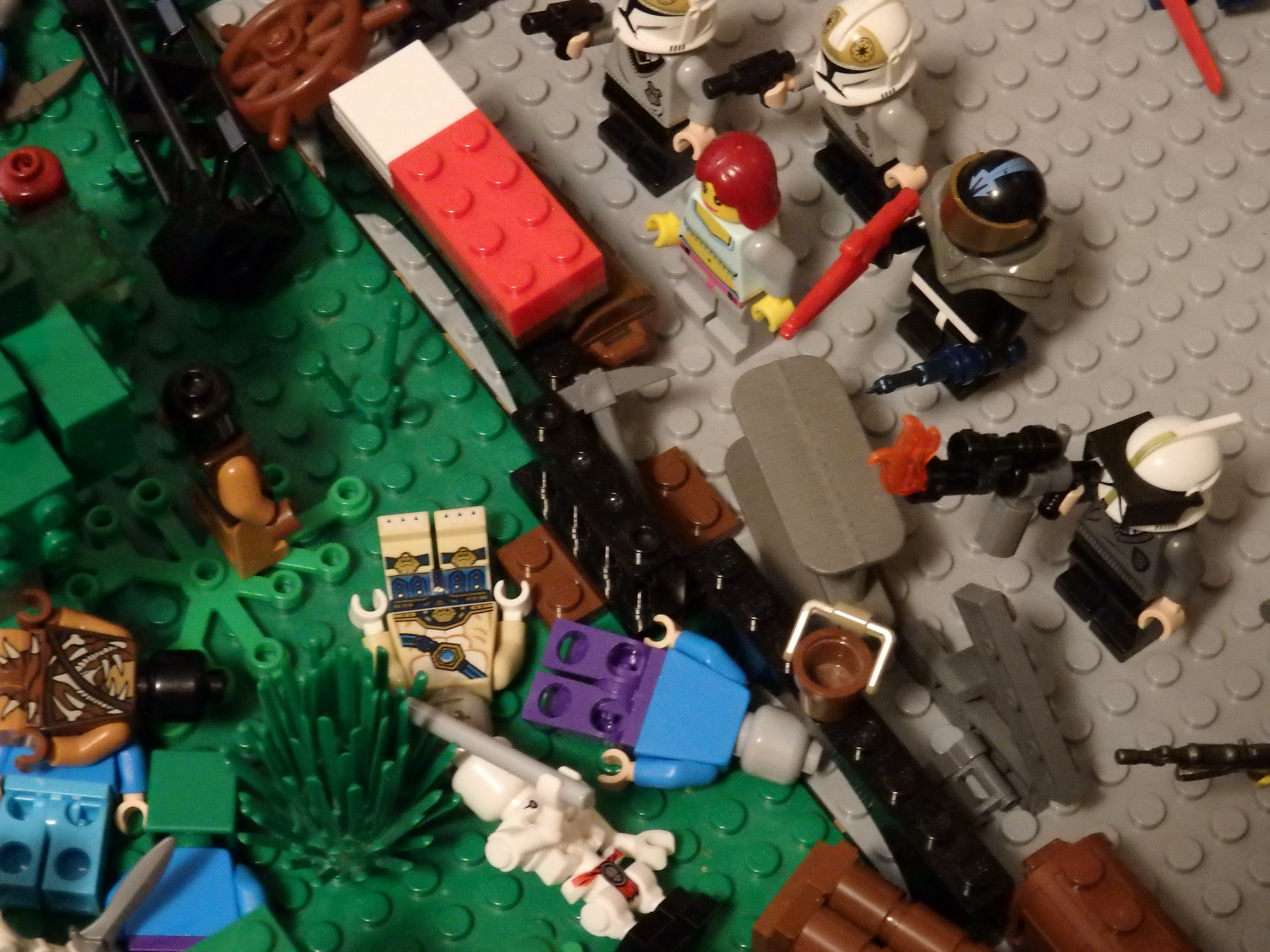 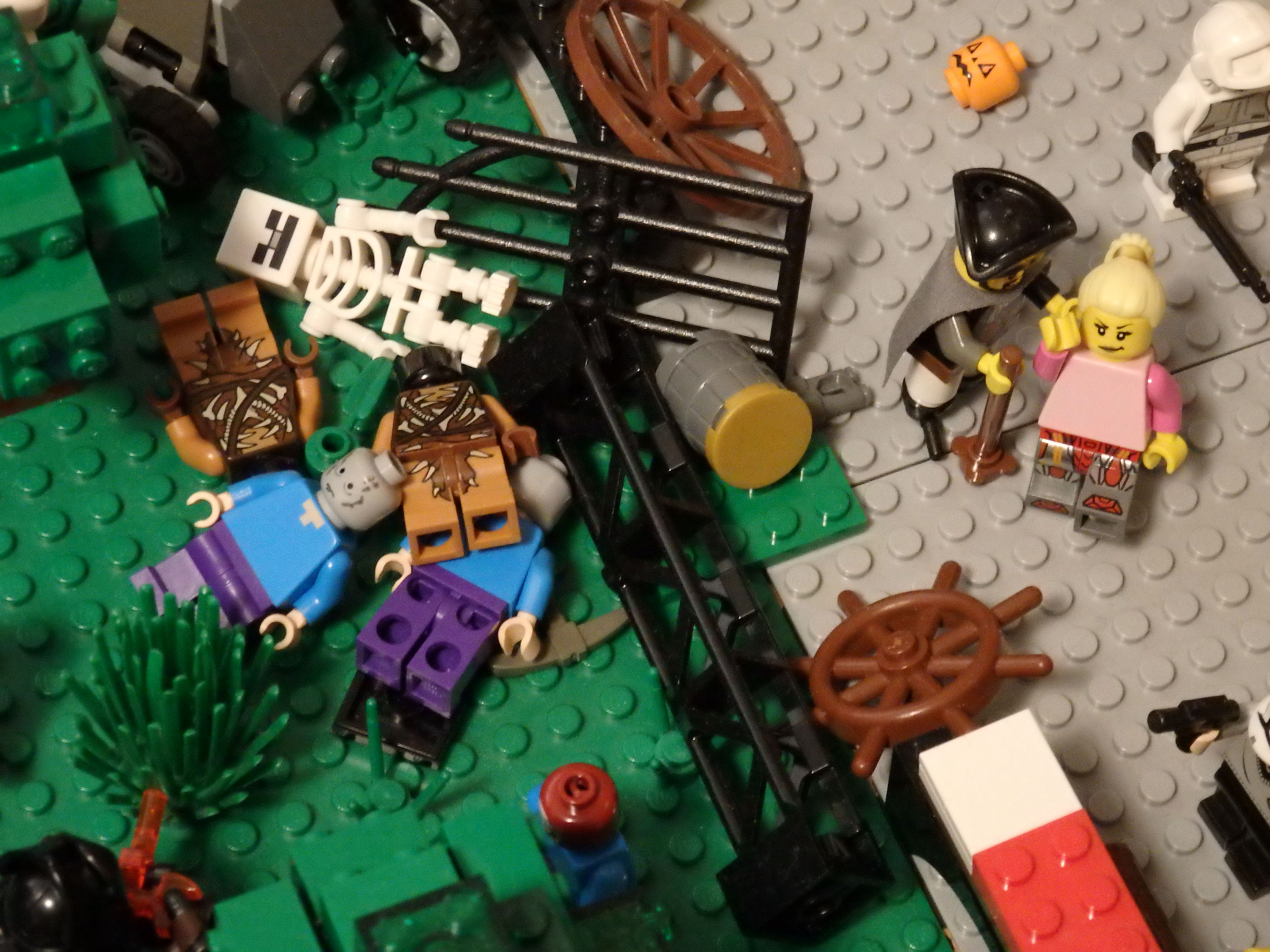 5 hosts die to Galacian fire, and Henry likes what he sees 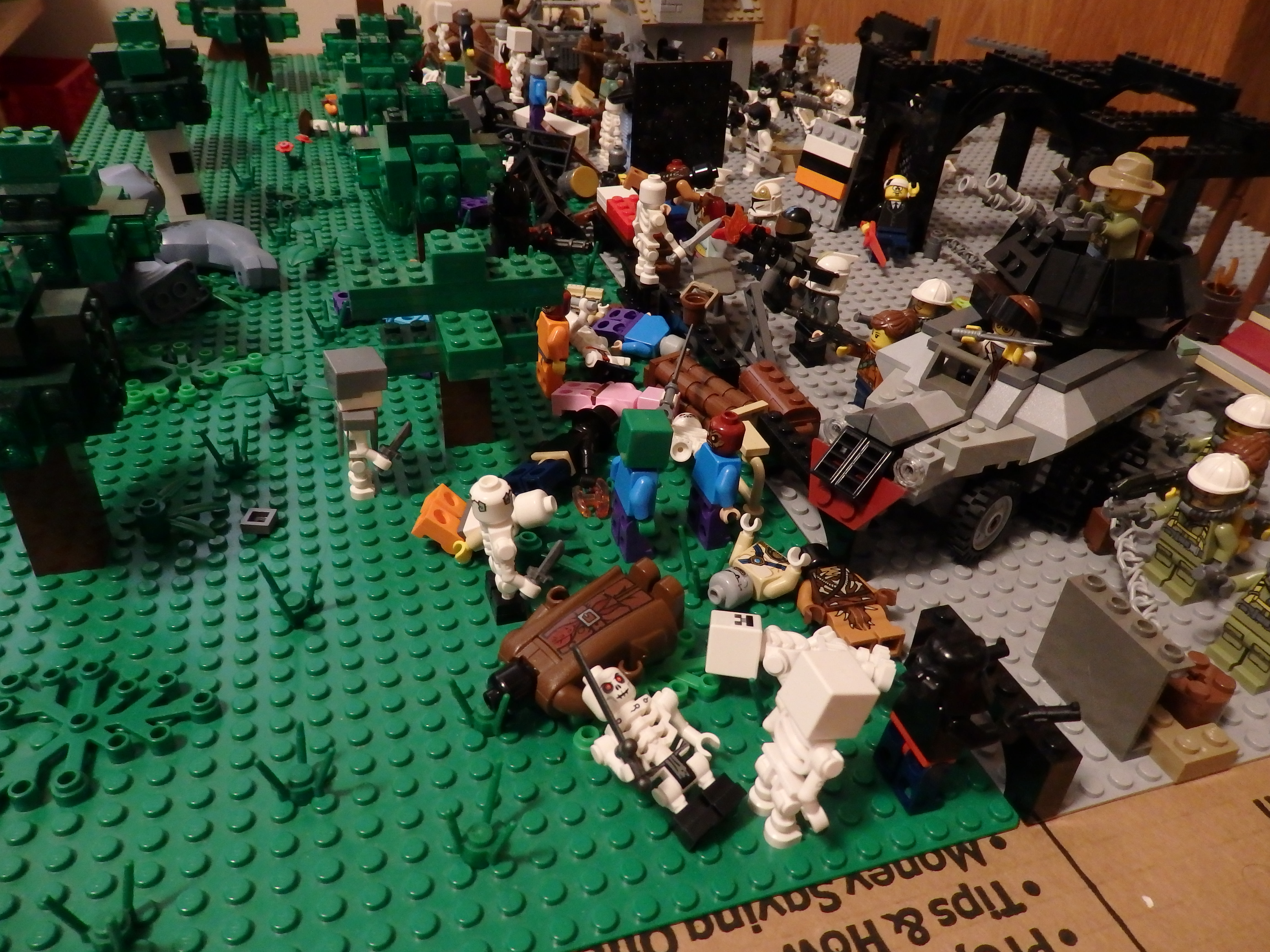 The New Grenwickers mow down 9 host with concentrated fire 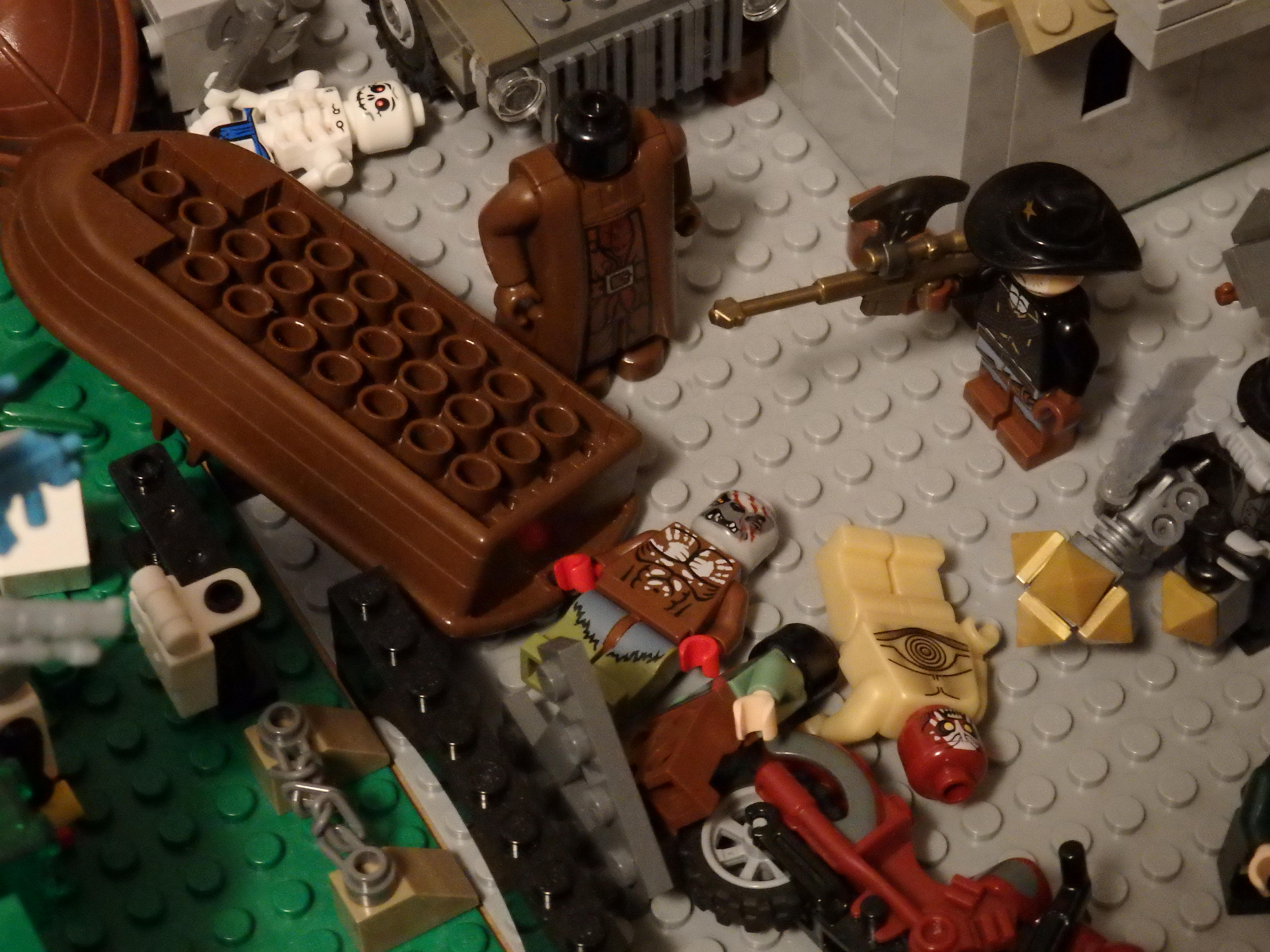 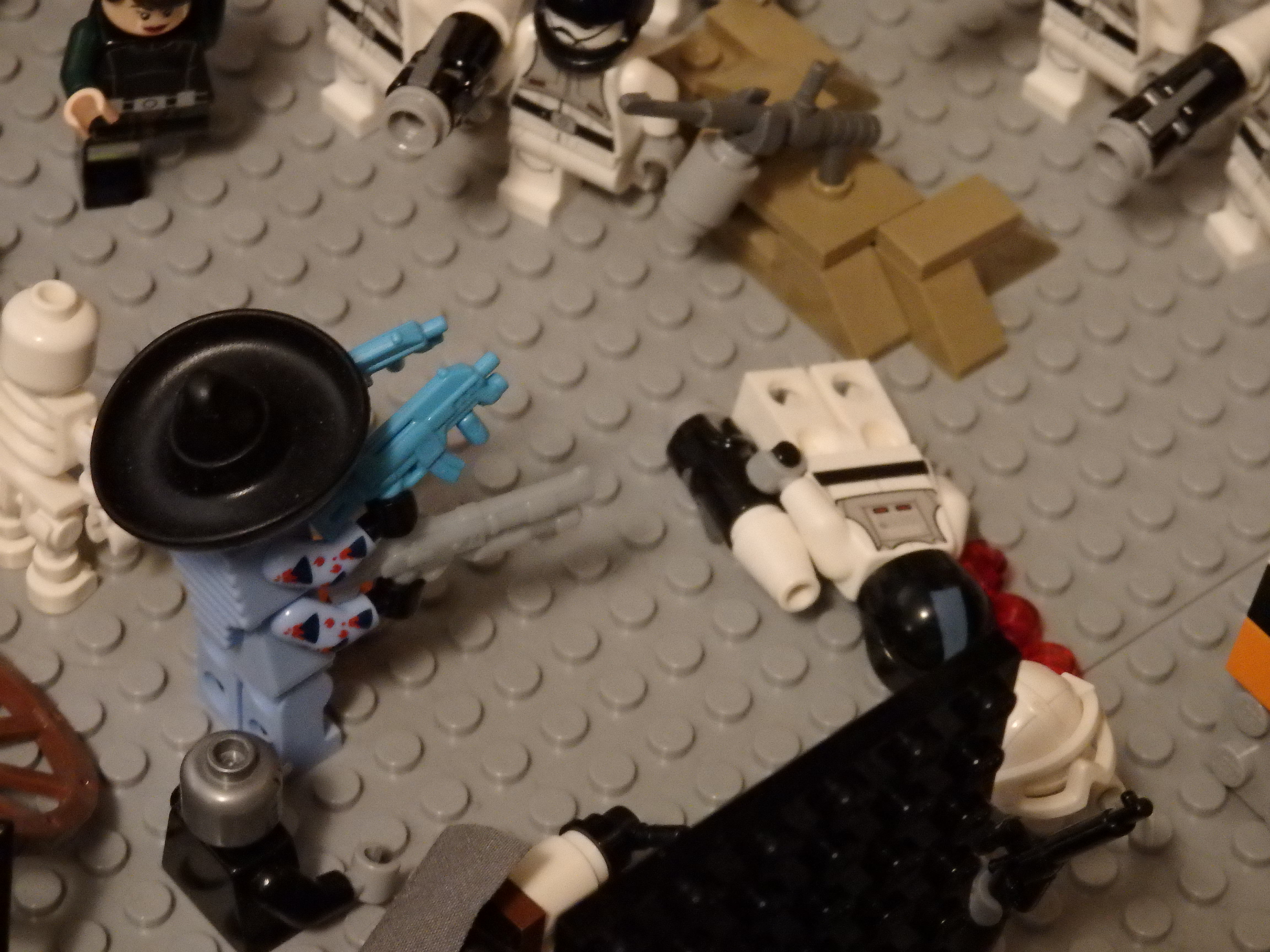 Sombrero guy guns down a Galacian


Rest of battle NPC'd For time 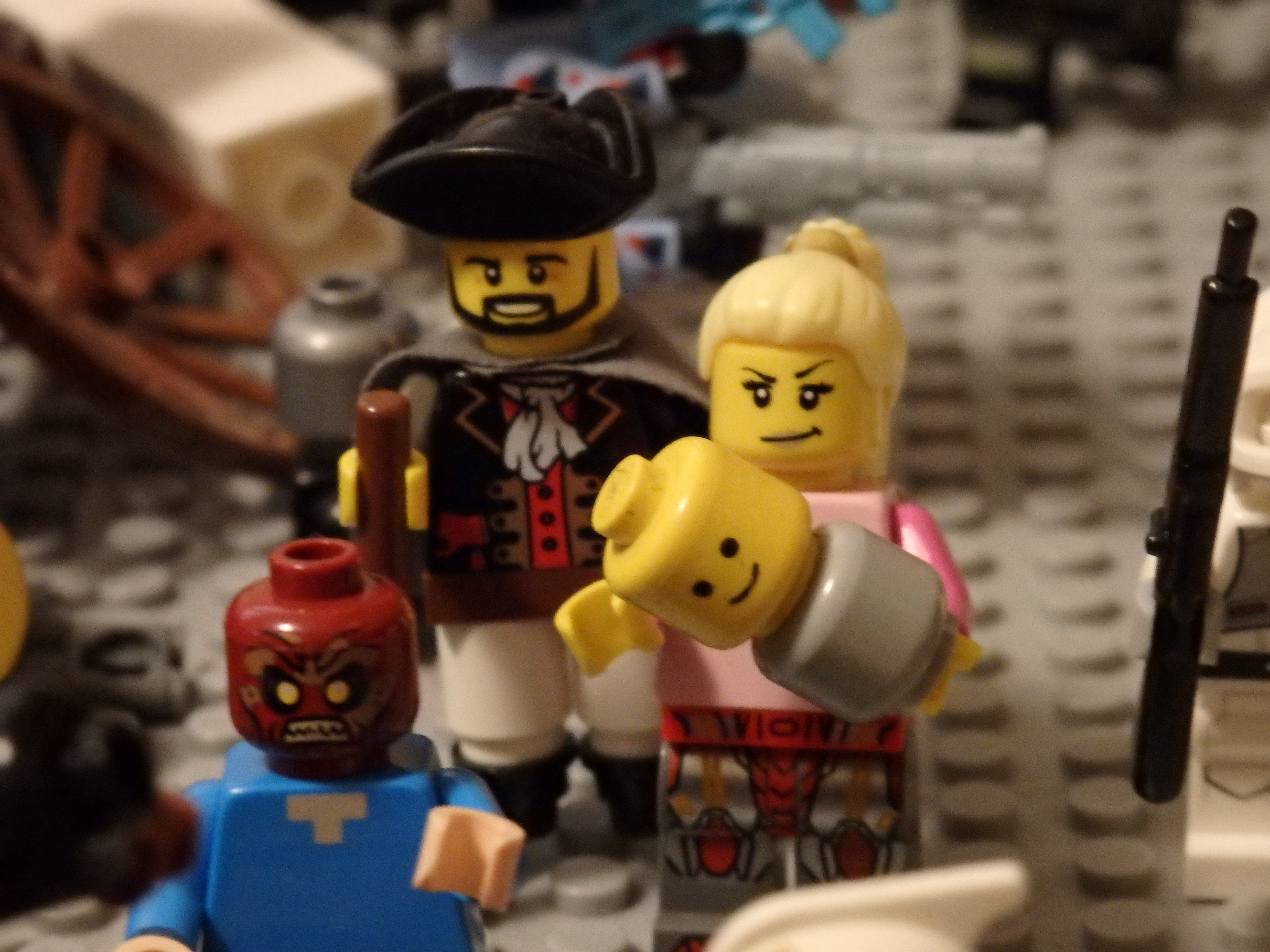 Thanks to Henry's magic, a Male heir to the kingdom is born! 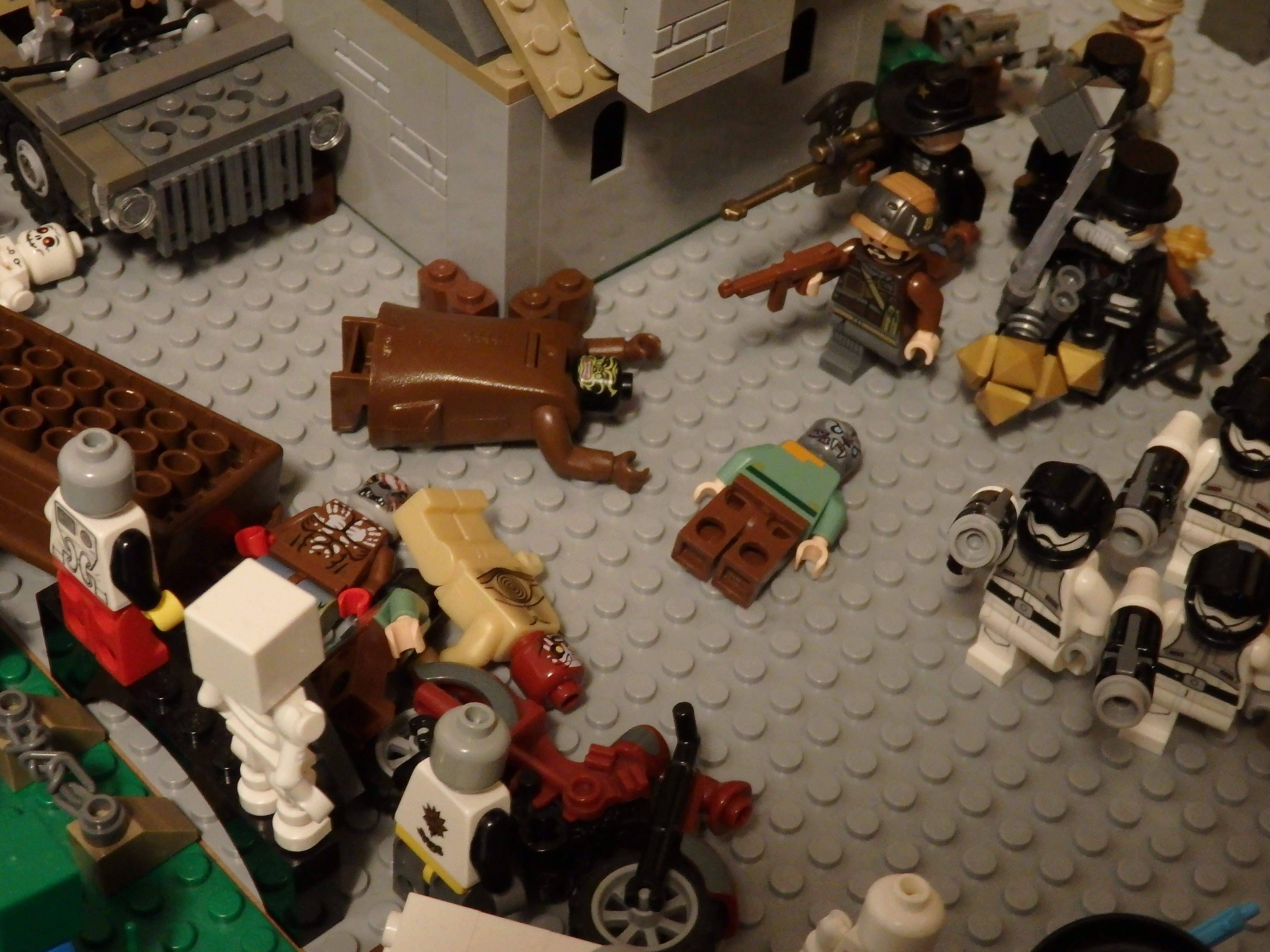 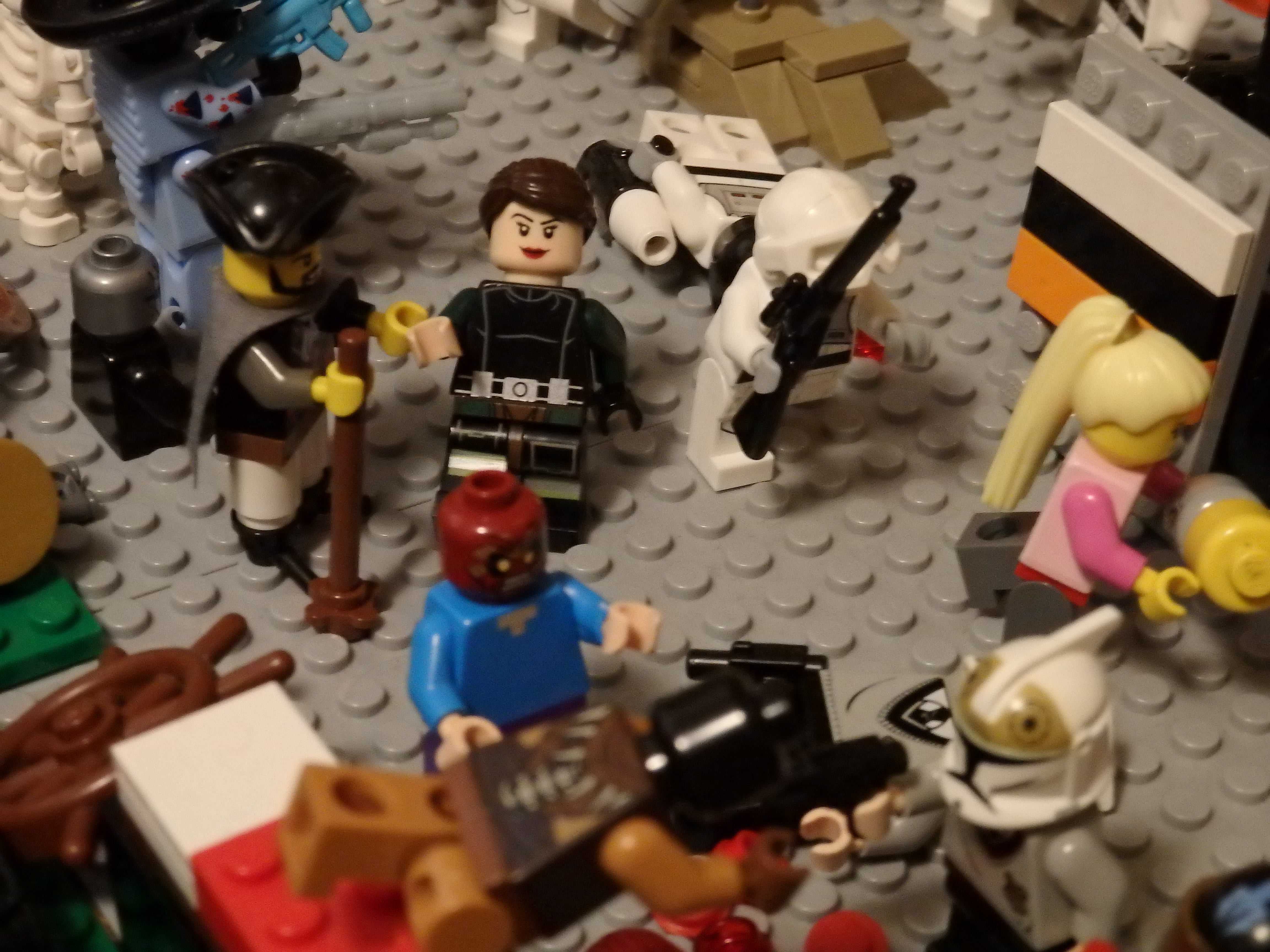 Unfortunately for the Galacian maiden, Henry moves on pretty fast. 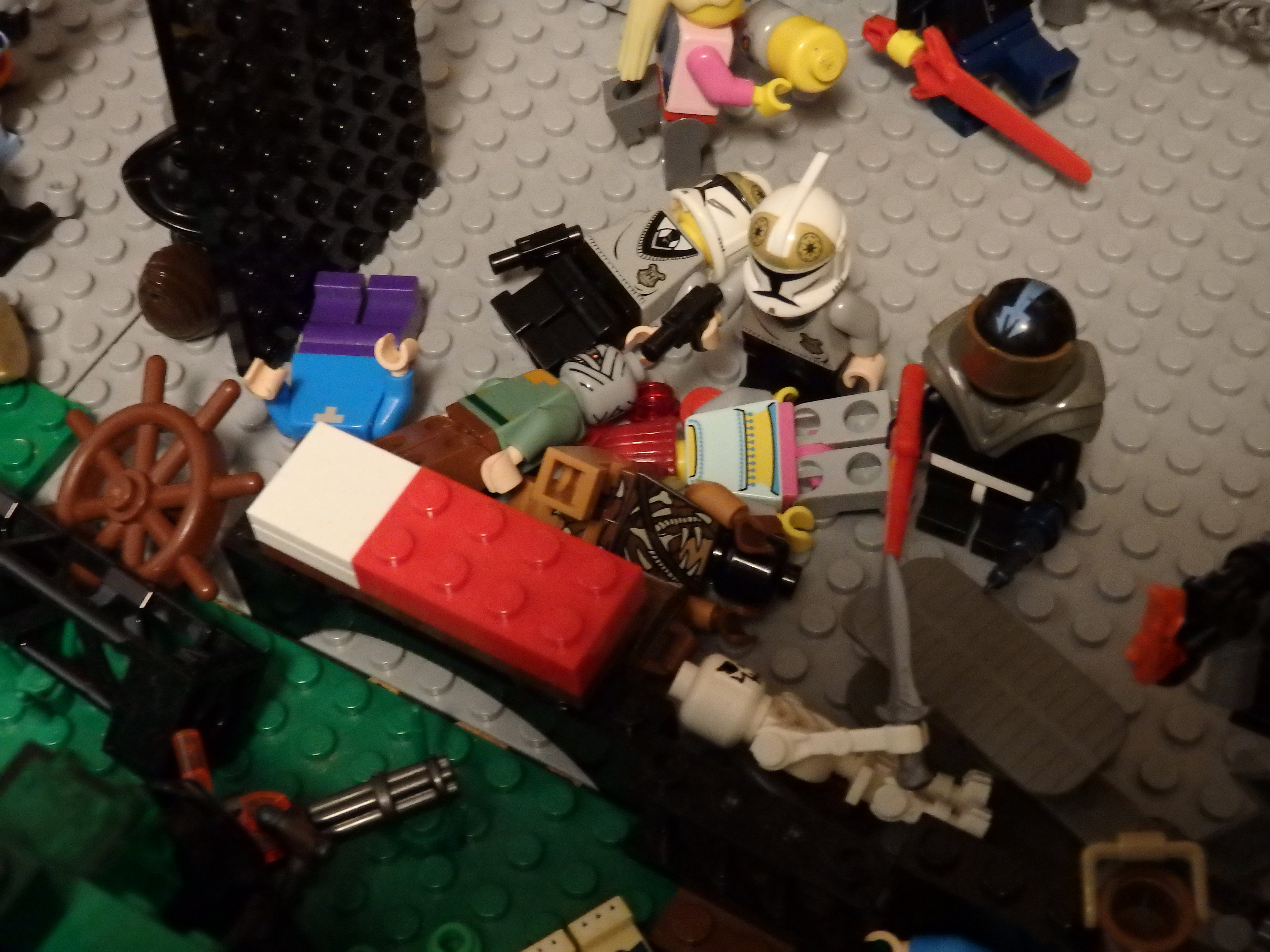 Redd and his soldiers gun down 3 or 4 more hosts 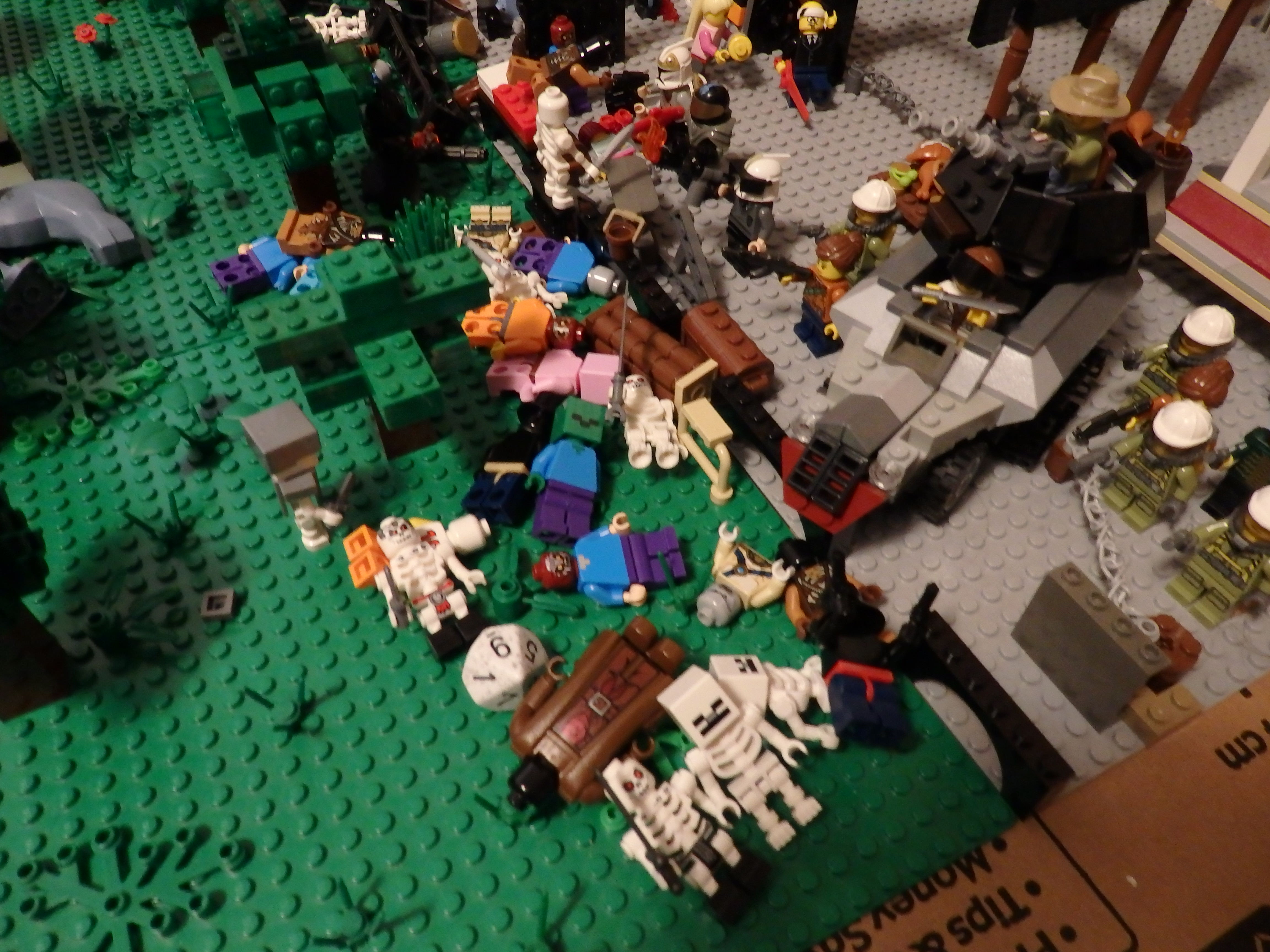 The New Grenwickers take down 69 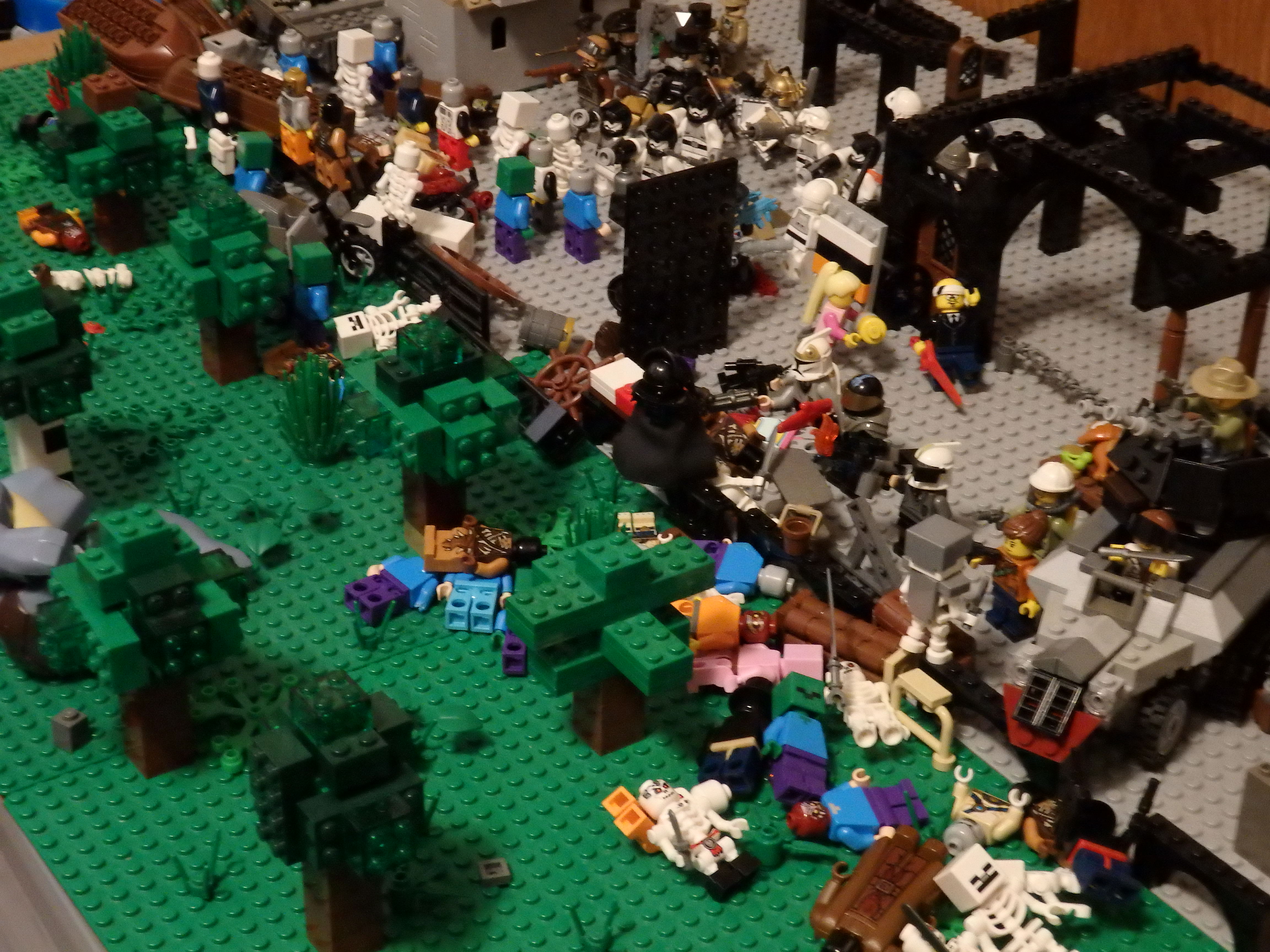 The Hosts move up 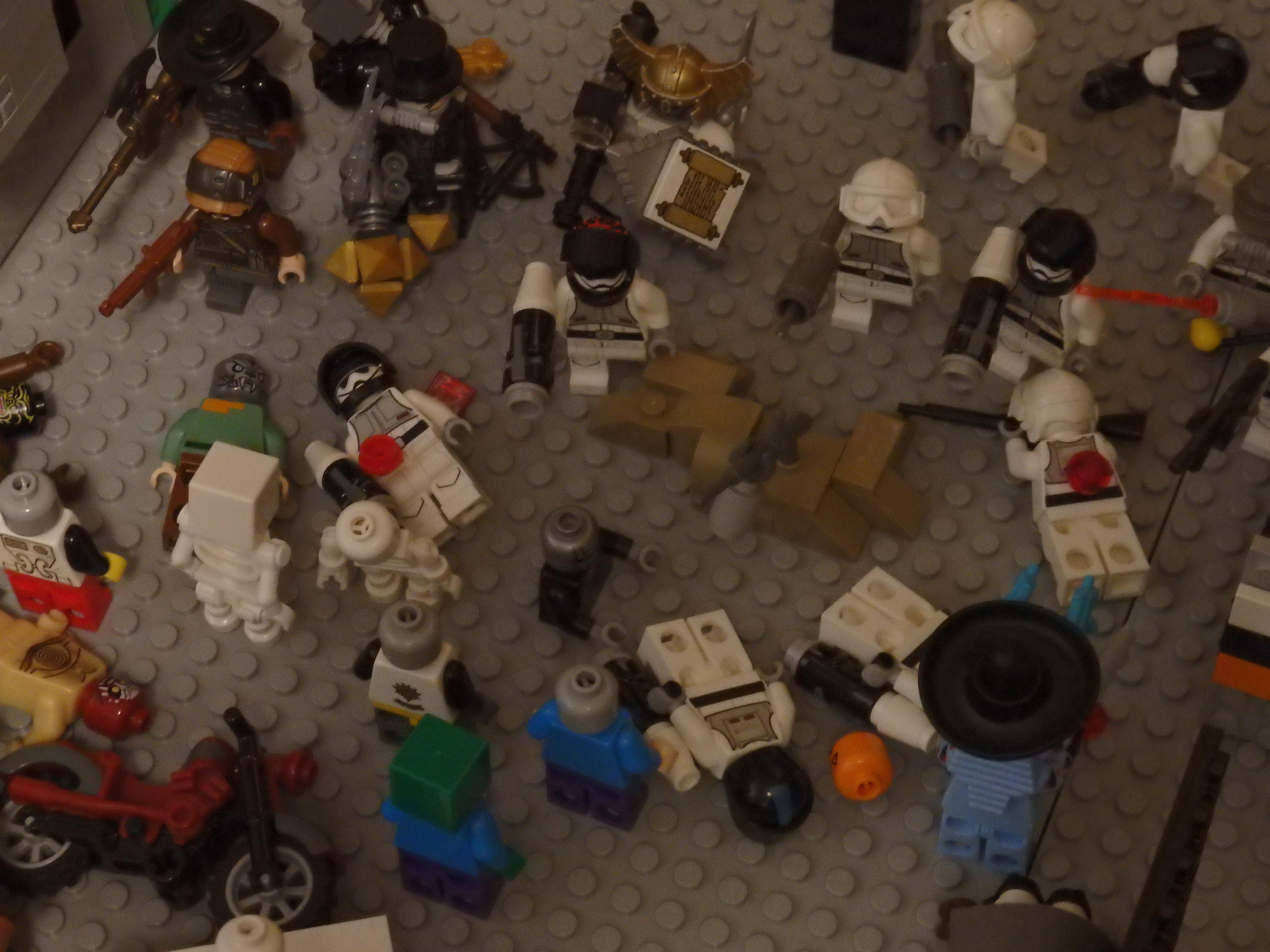 They Wreak havoc in the Galacian lines 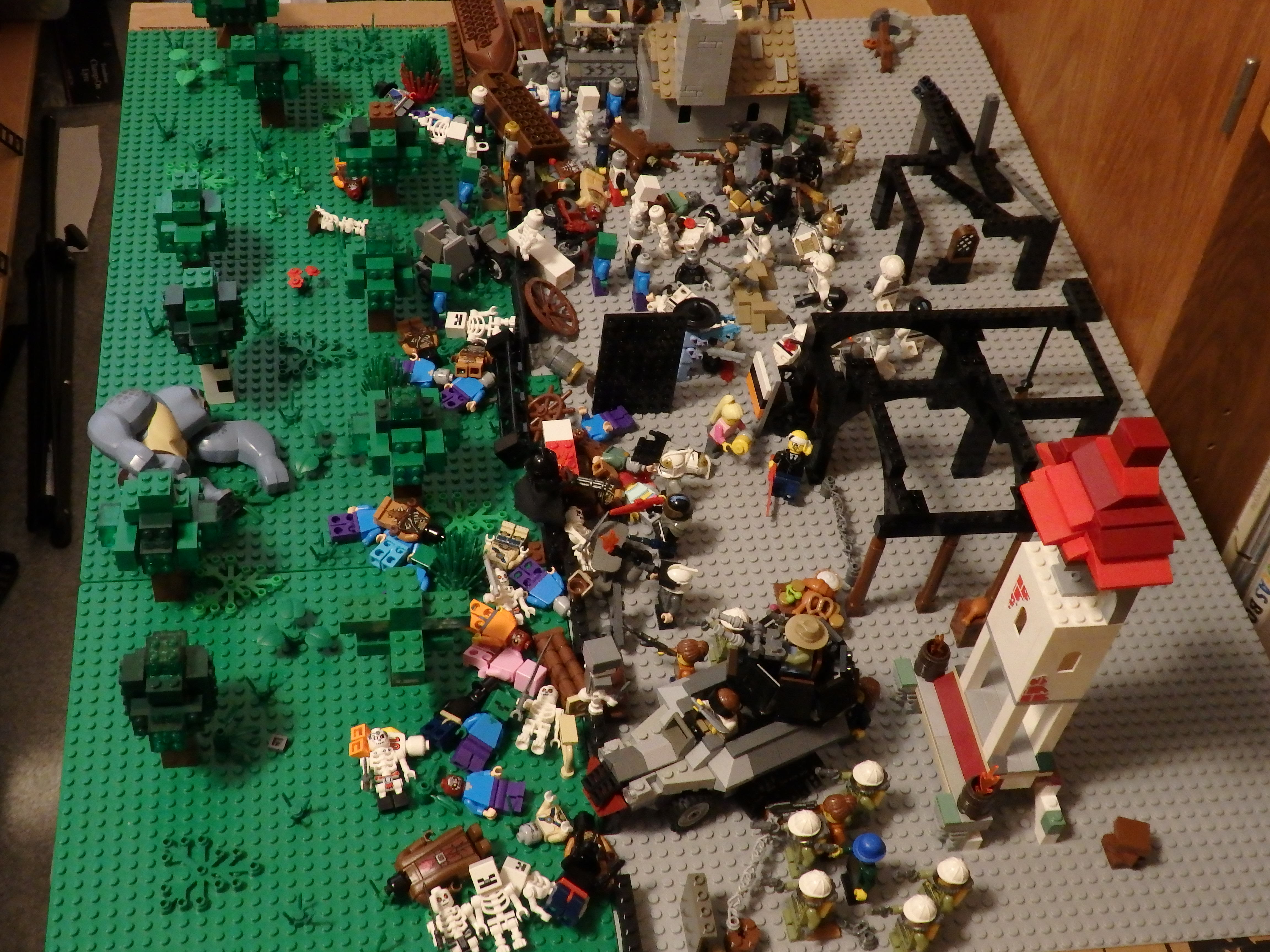 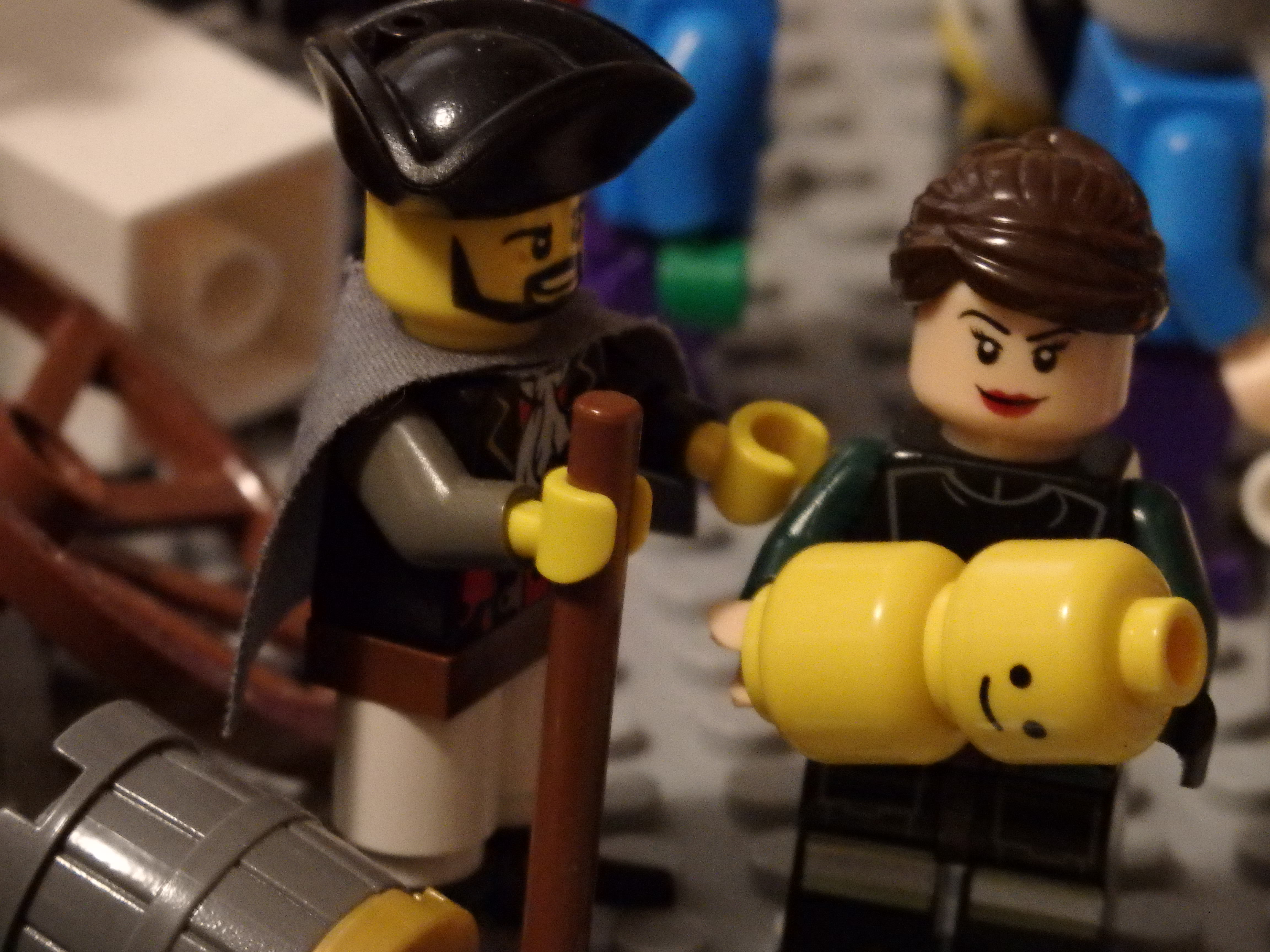 A Second male Heir is born! (this could get awkward) 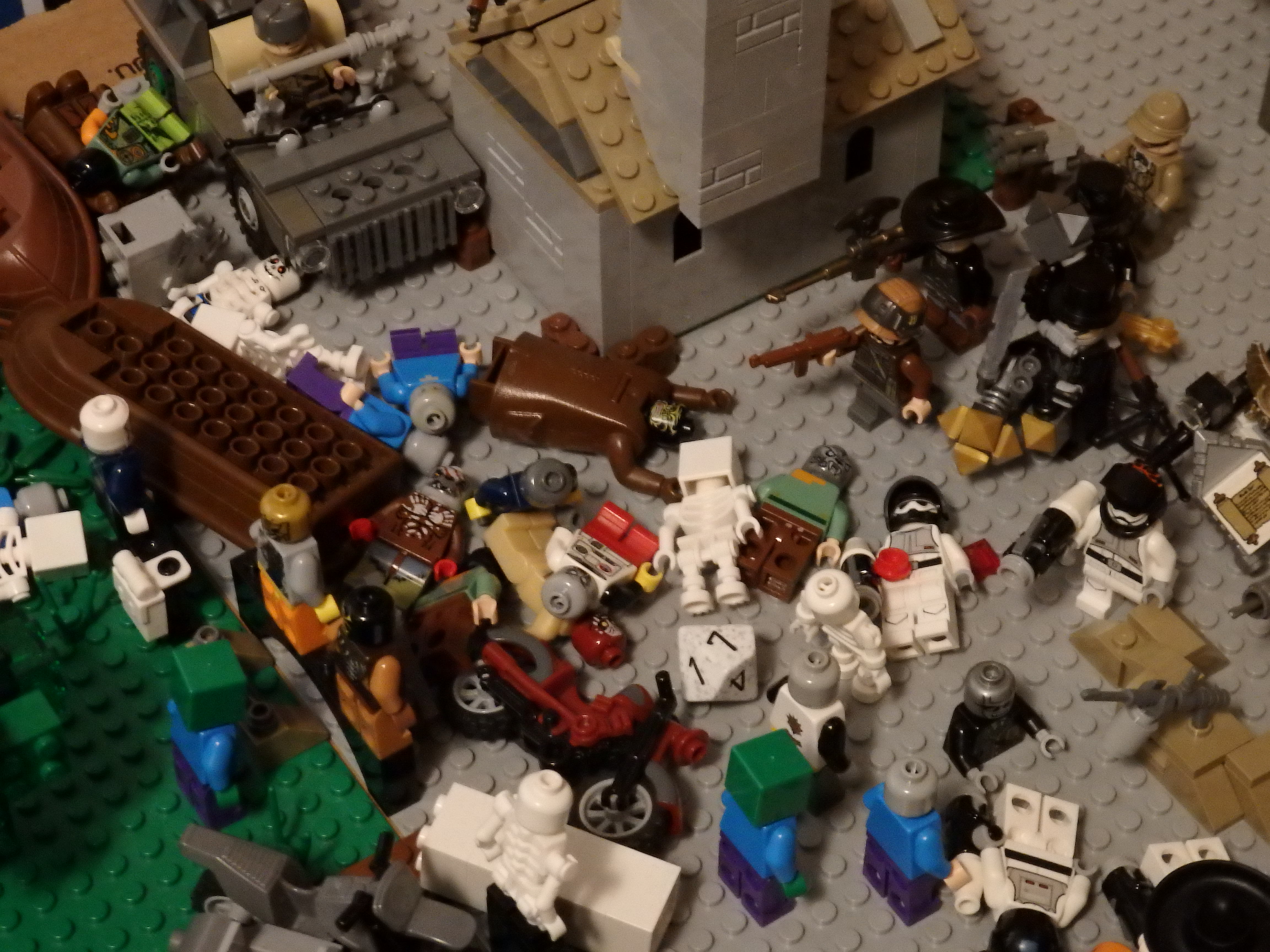 The peaches bring down 7 hosts 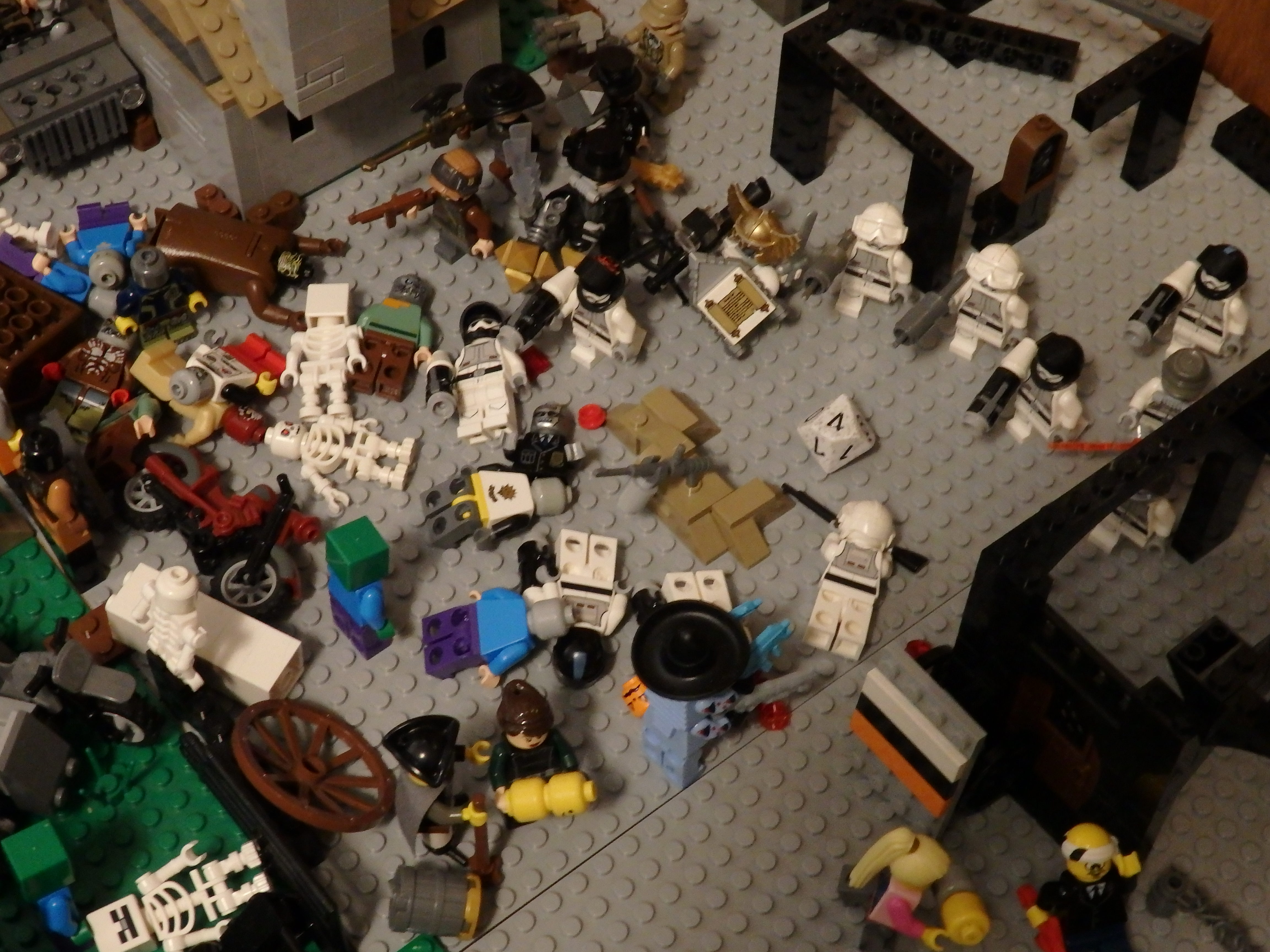 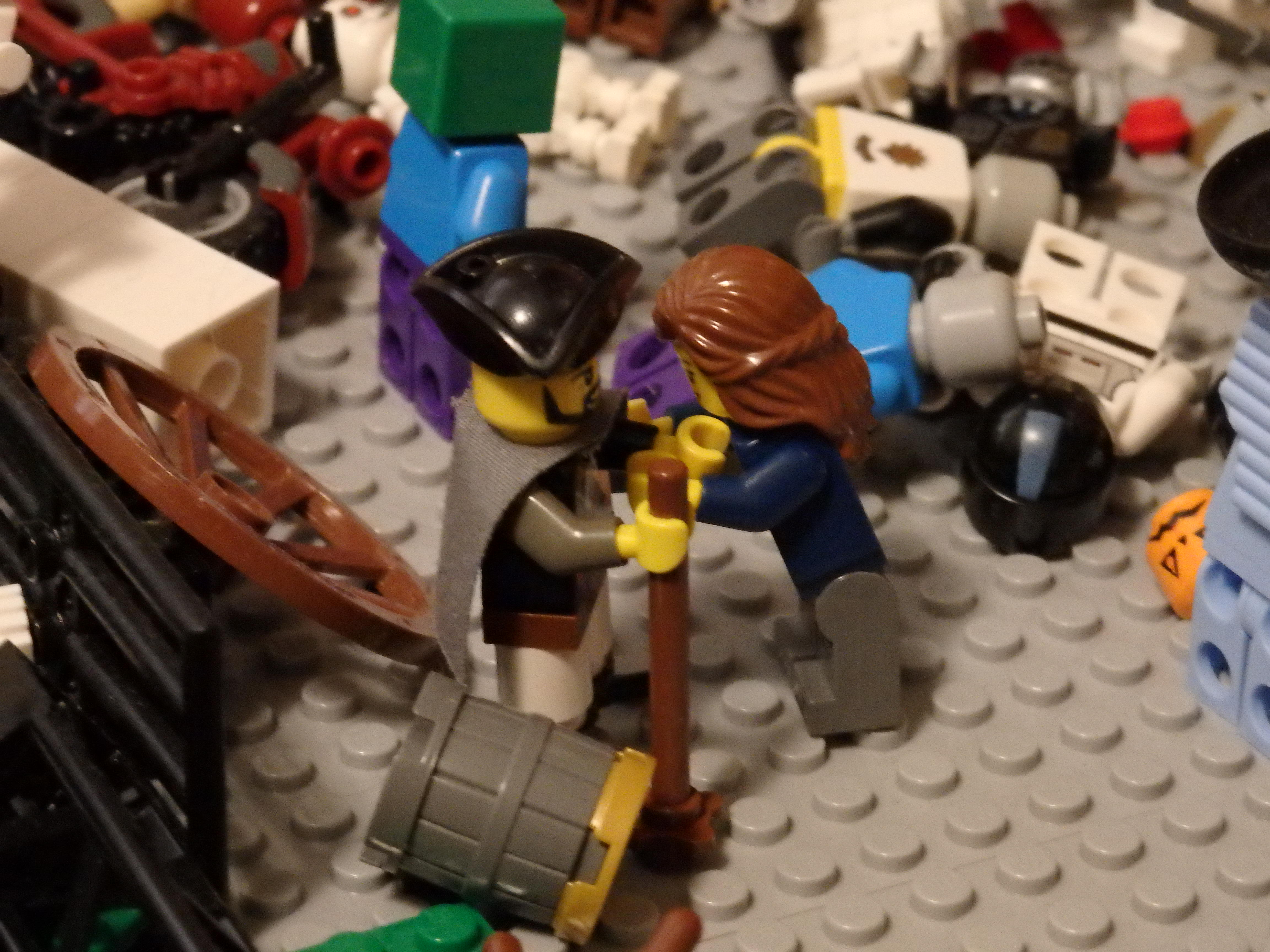 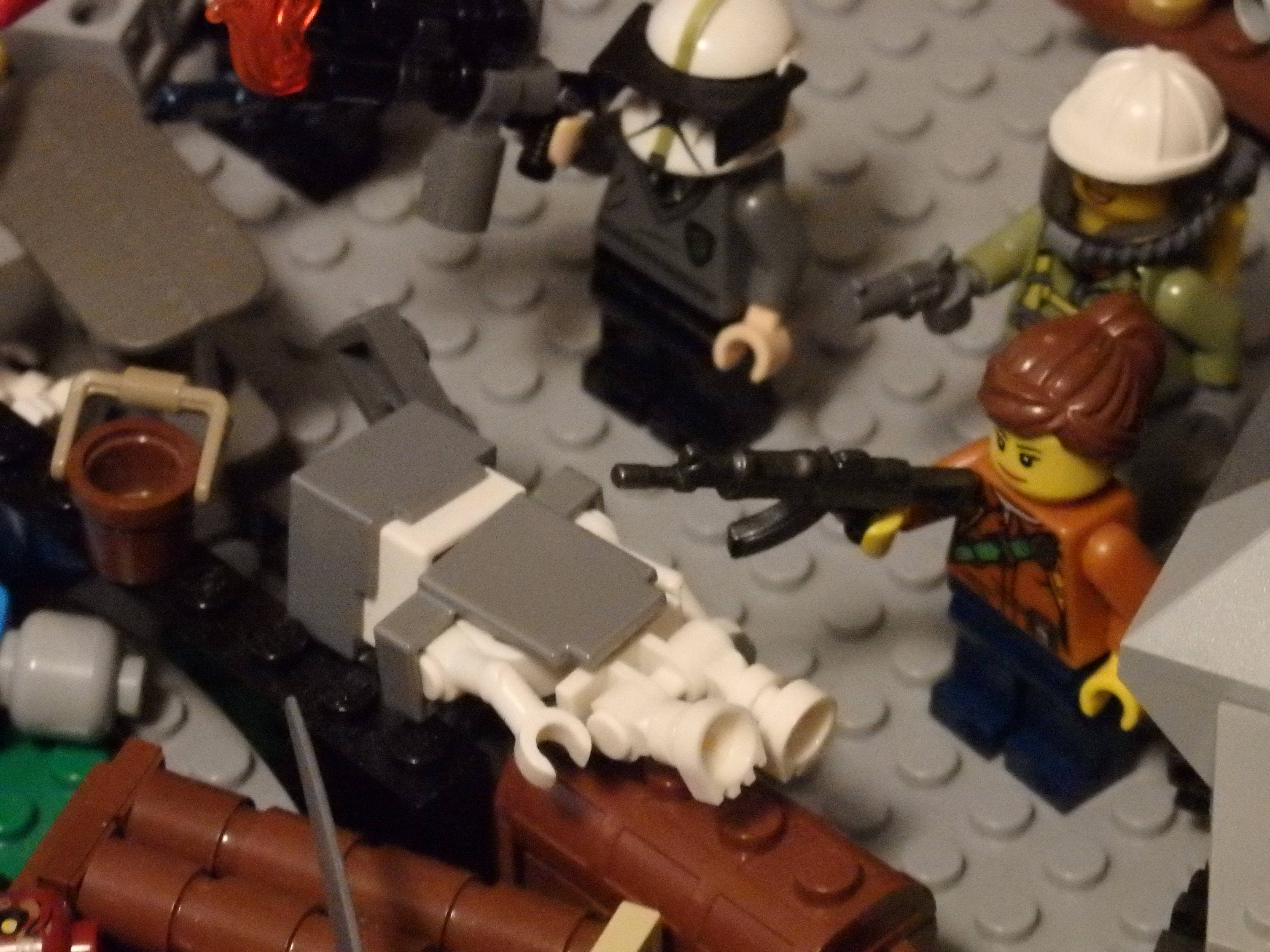 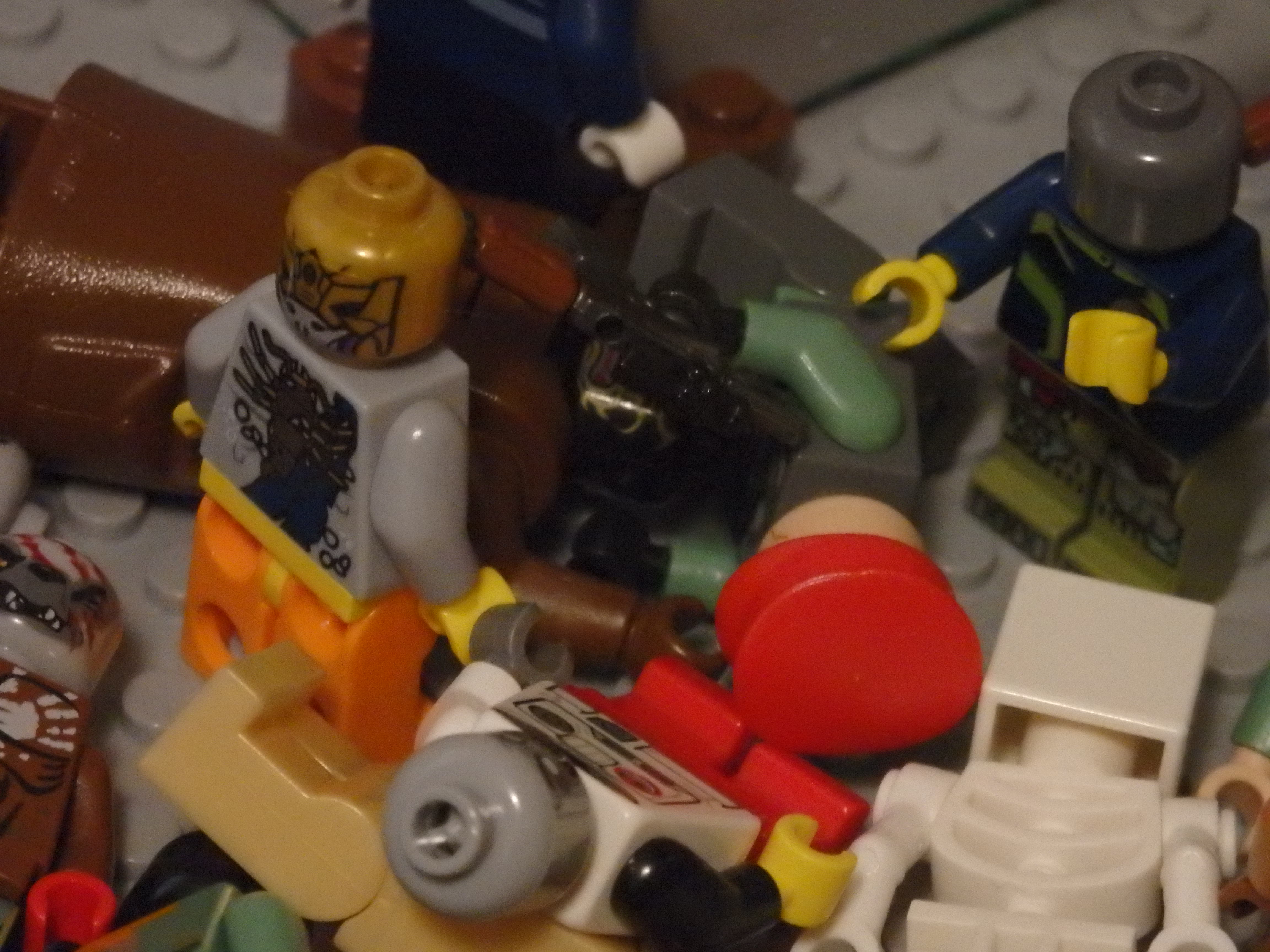 The Hosts knock a peach off the roof 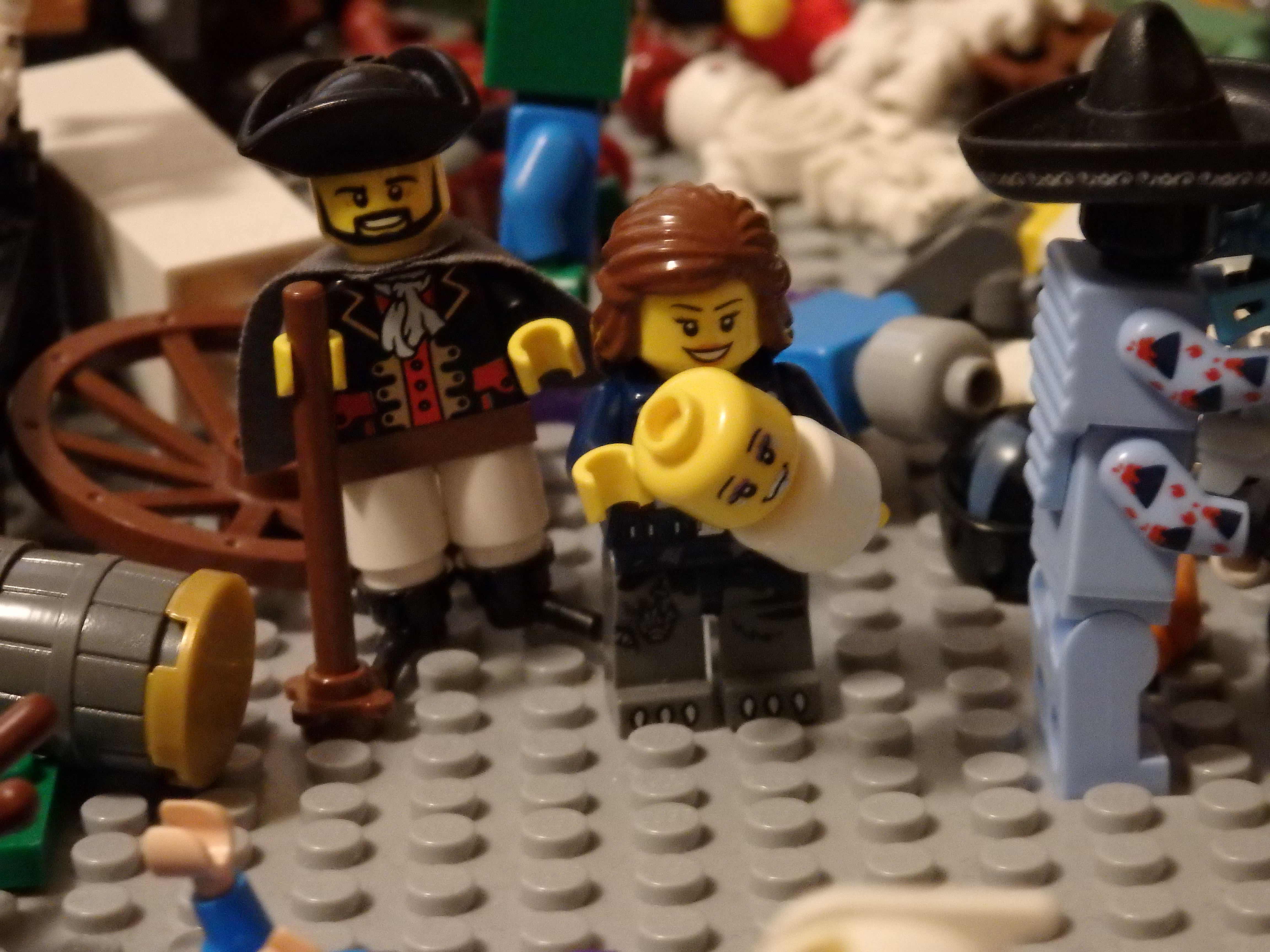 Uh-oh, that's not a male heir! 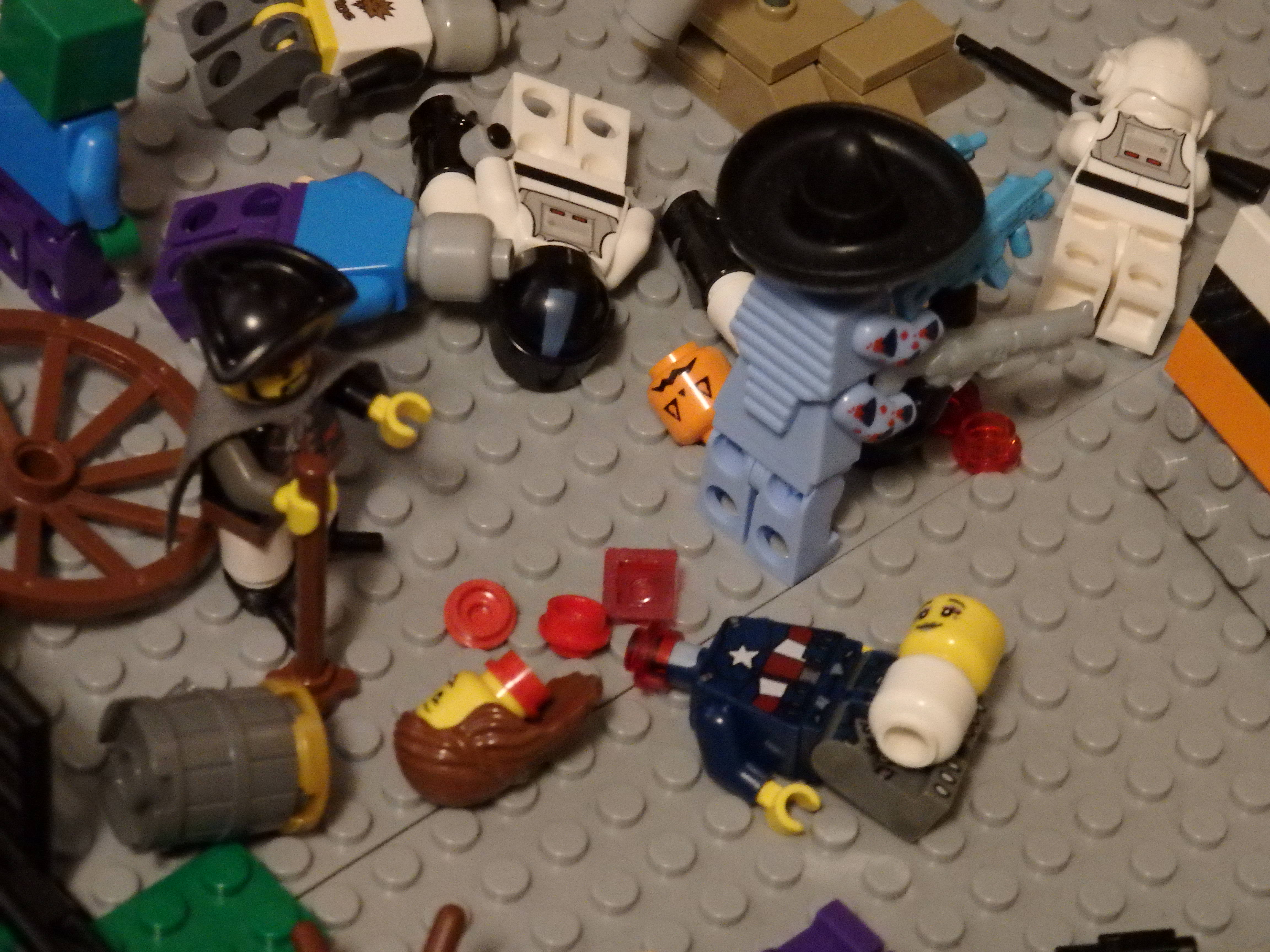 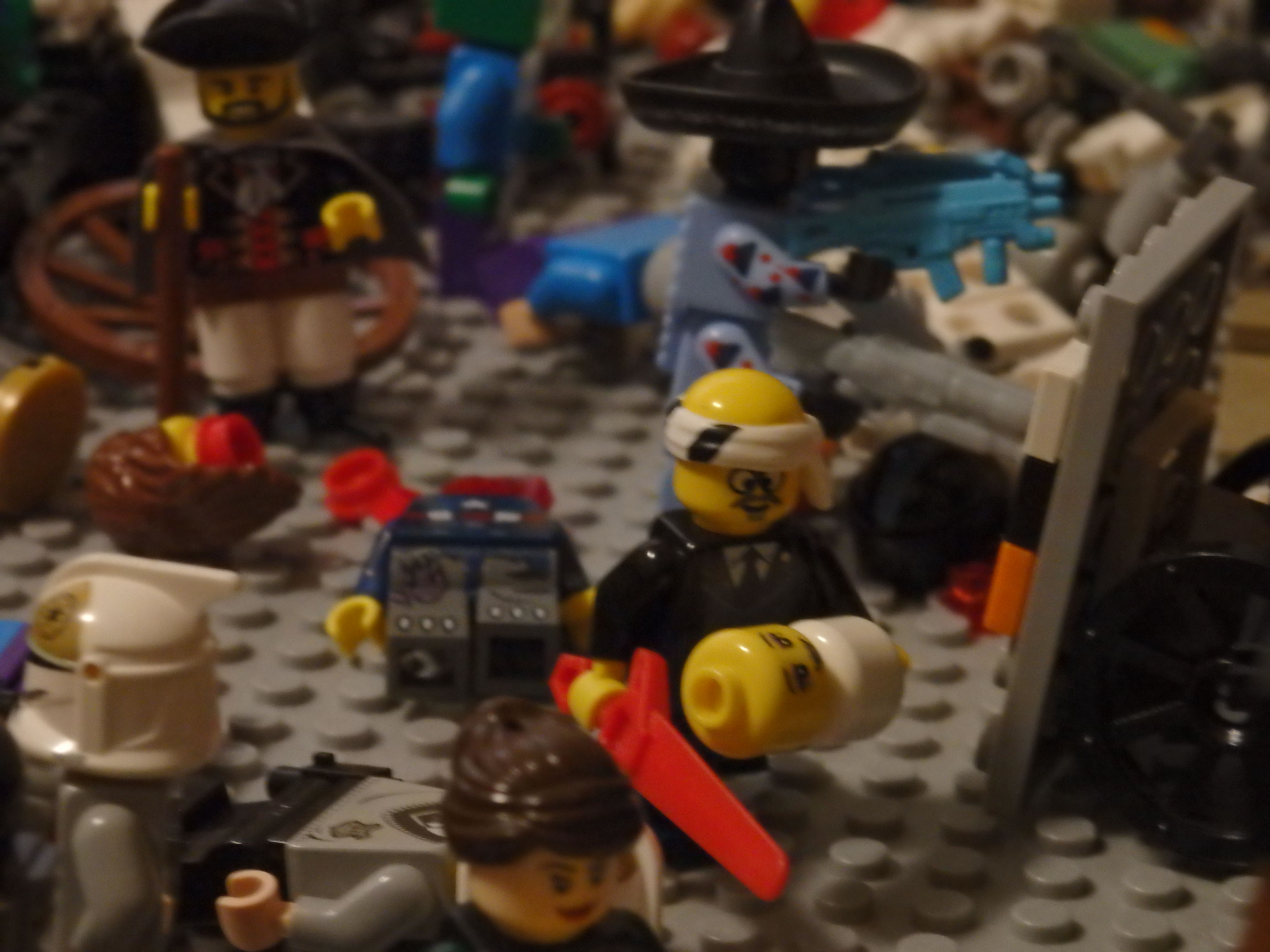 Lenin takes off with the Baby (blurry, sorry) 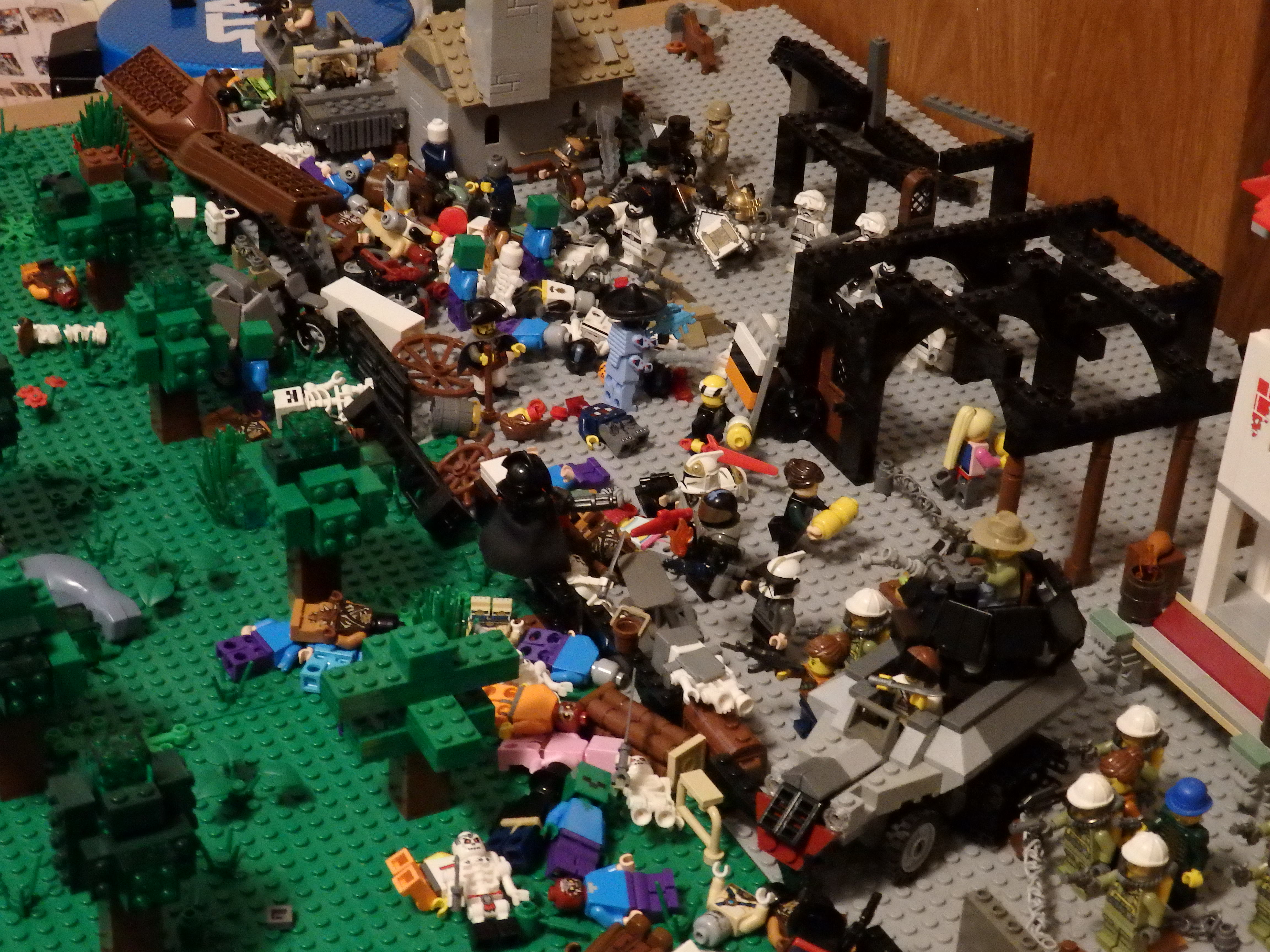 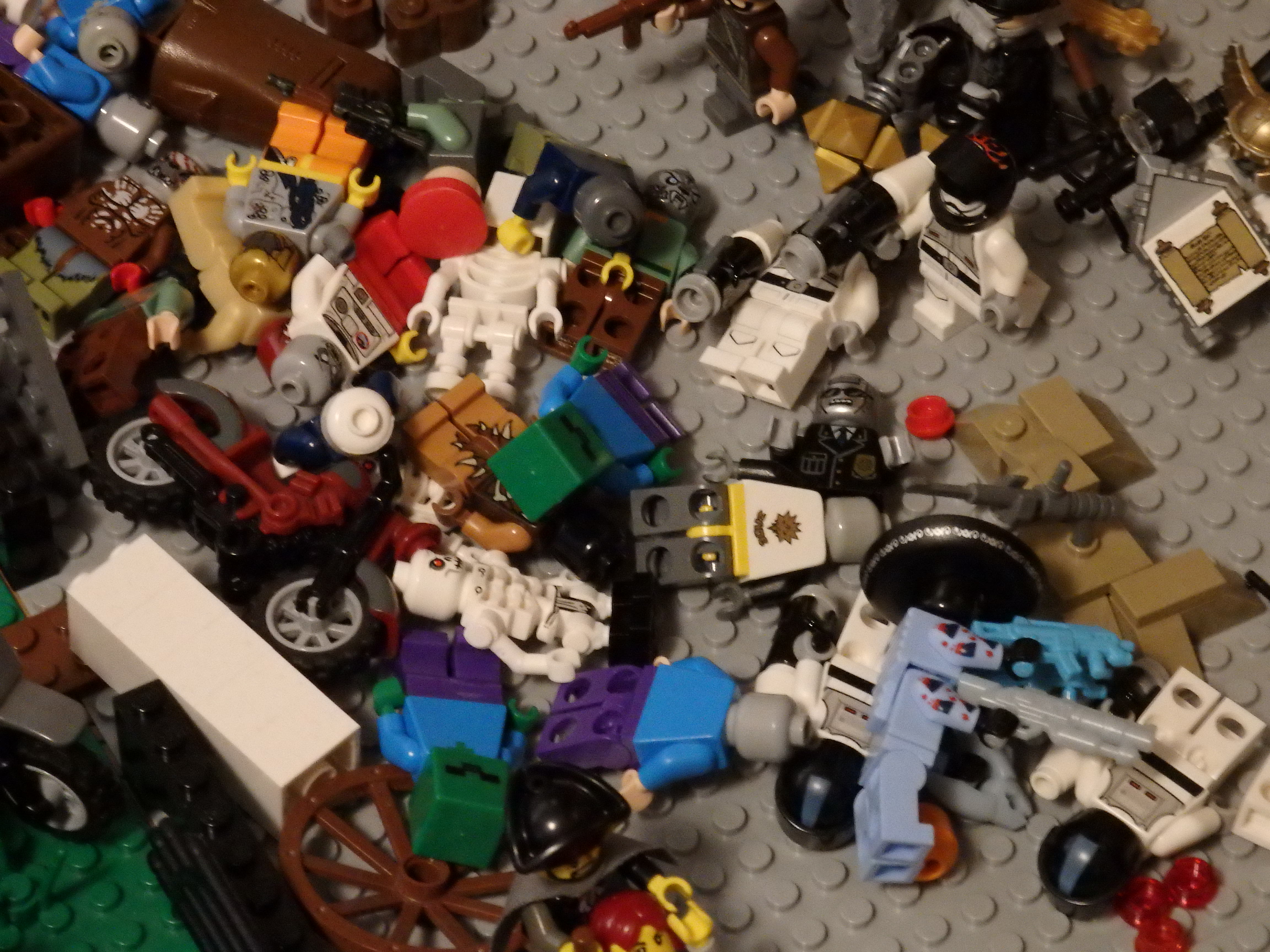 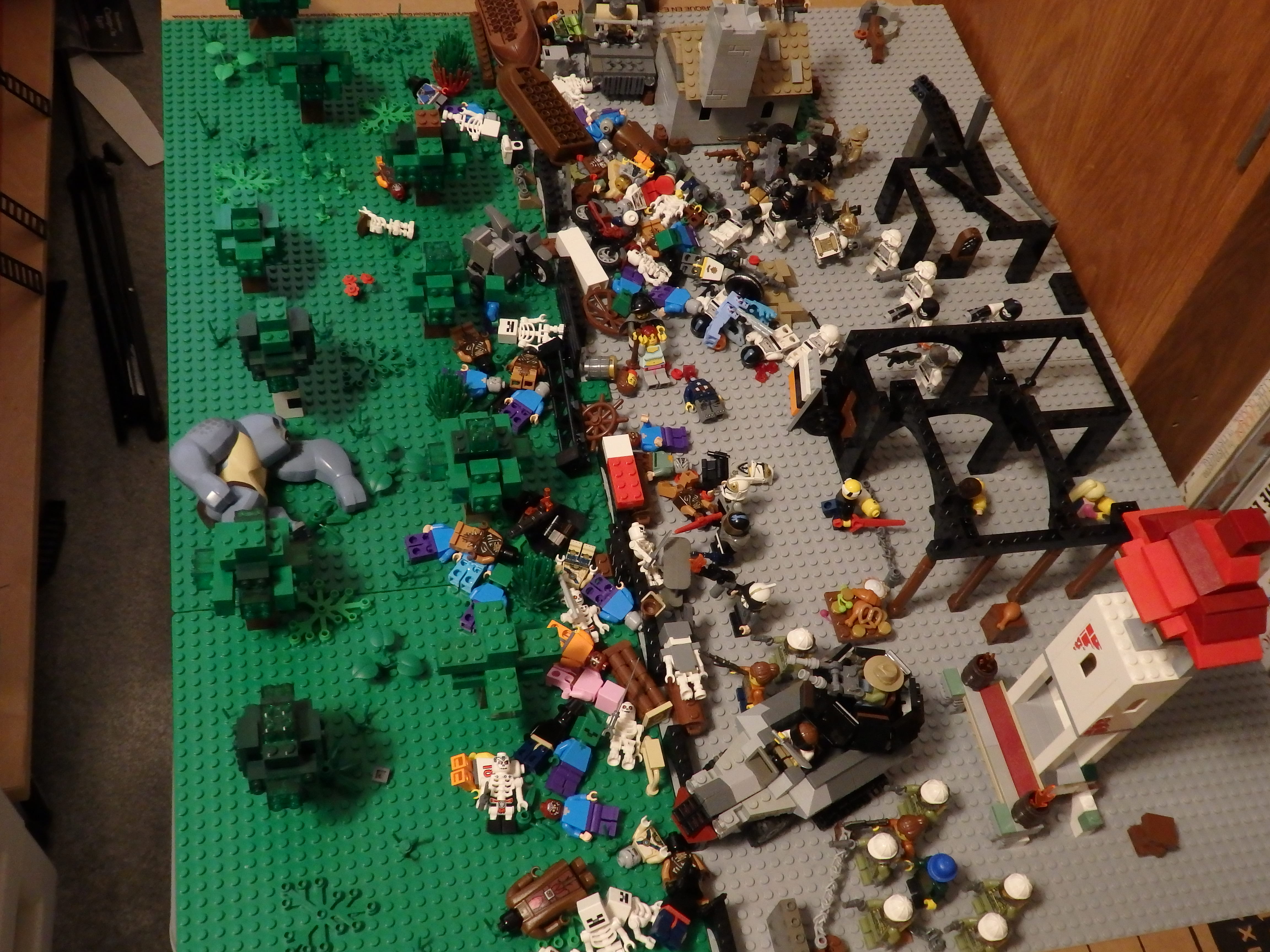 By the end of the turn all of the fell creatures are wiped out, casualties on the defending side are light. 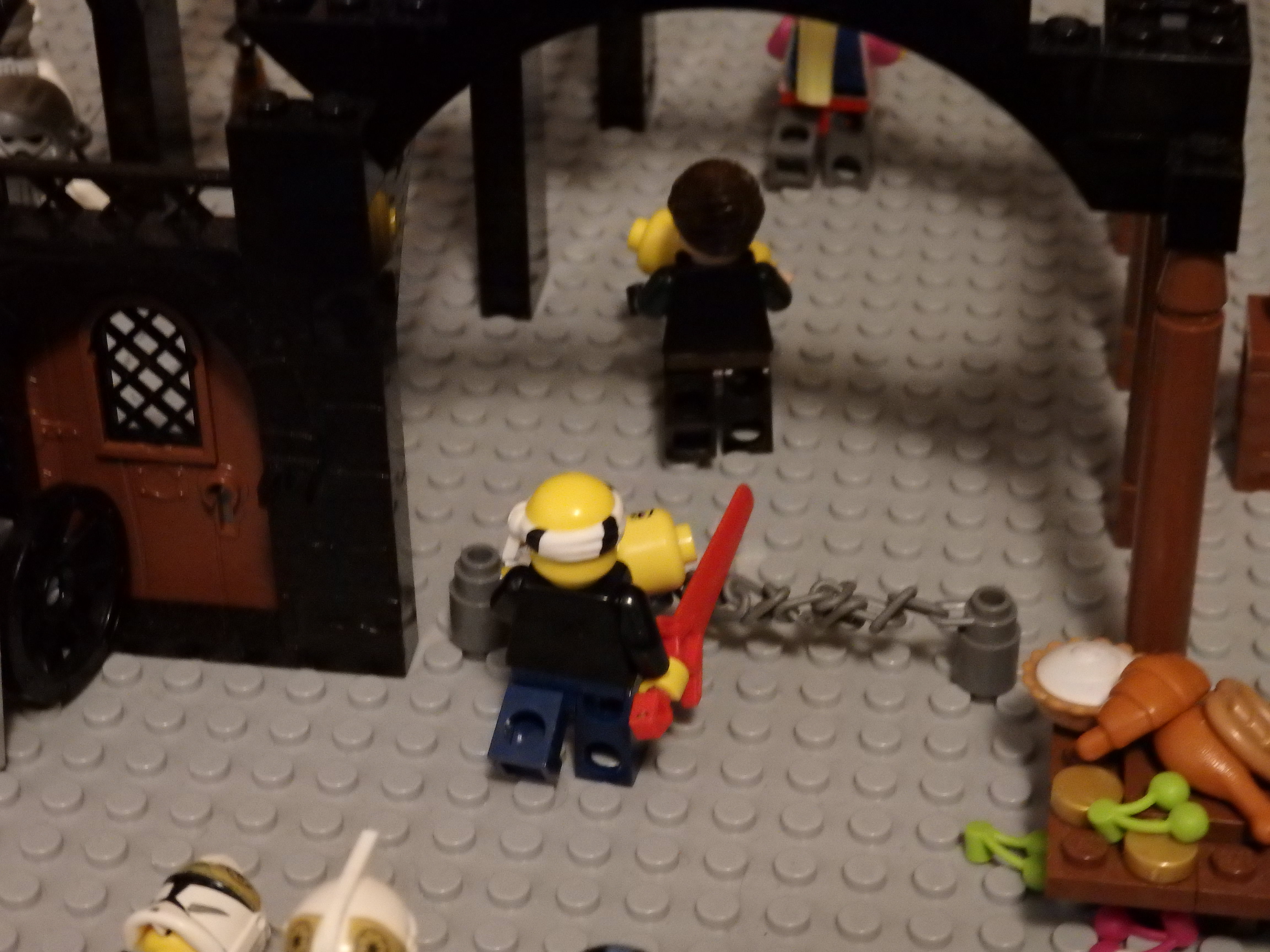 But as the battle for Sarkov ends, the seeds of a Tudor civil war are planted...

Also I love how you executed the maneuvers with the half trackers, short lived though all this was.

While this battle was a fun thing to read, I had a hard time deciphering the ginormous pictures and had to resort to mobile for most of this. I liked the backstory you made for this and your minifig design is very nice.

Kommander Ken wrote:While this battle was a fun thing to read, I had a hard time deciphering the ginormous pictures and had to resort to mobile for most of this. I liked the backstory you made for this and your minifig design is very nice.

Yeah noticed the same thing with my entry when going back through it. I remember most of mine were set to 1280, but maybe 800 would be closer to the ideal?