Re: Let's Take Over the Galaxy - Signup 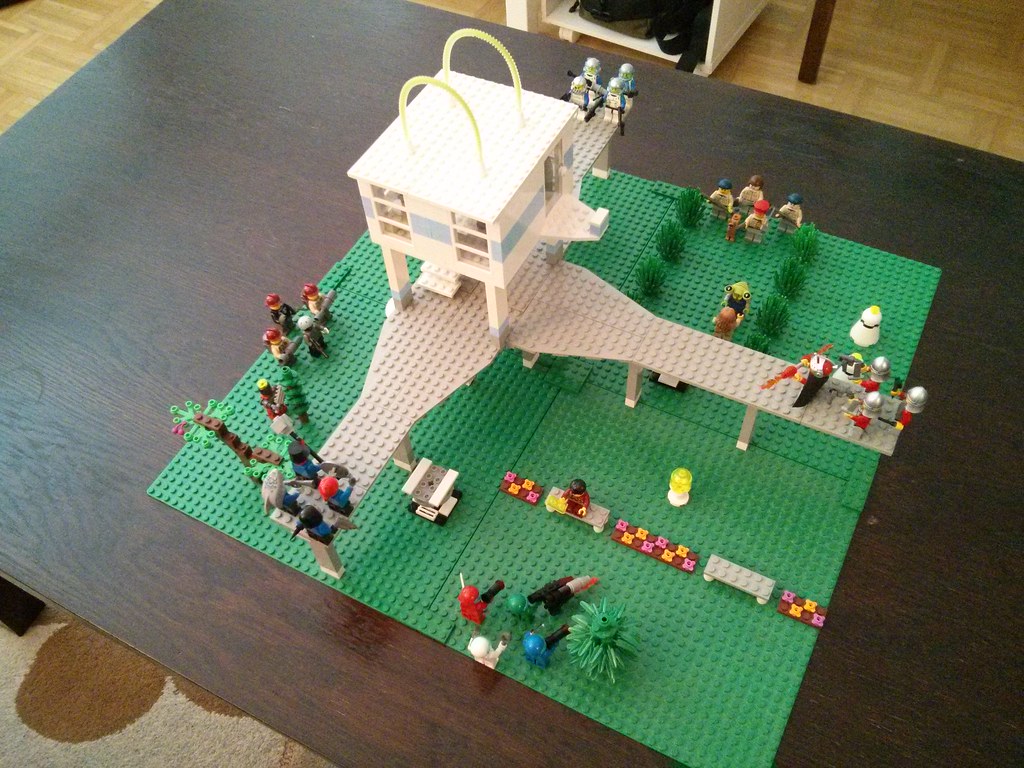 From all directions, the forces close in on each other. Carnage is imminent!

Each army consists of one Hero, two regular minifigs, and a Mechanik. 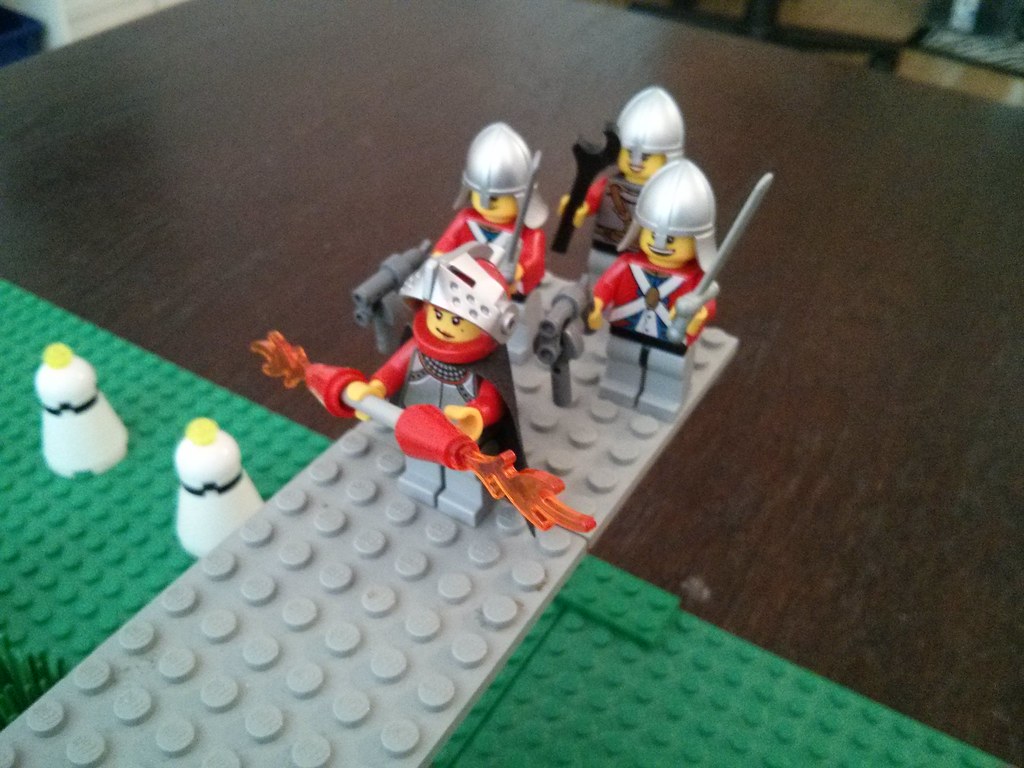 Emmeline von Feuerschlachtung leads the North German expedition. It is time to claim the other compass points as well. 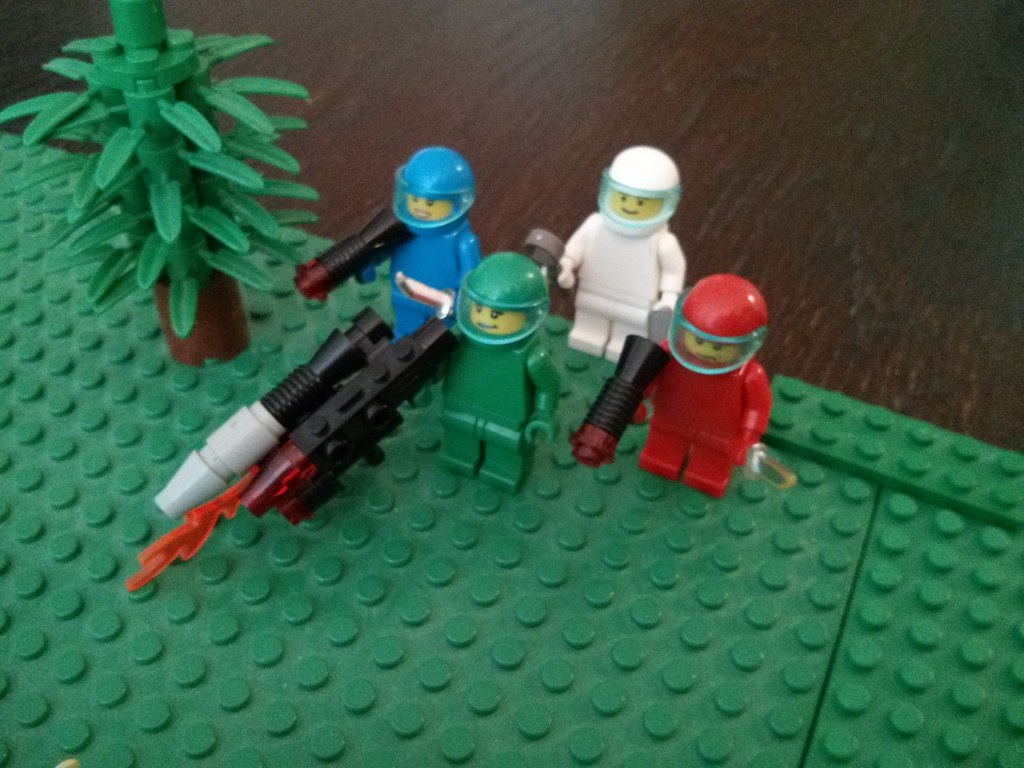 Wherever there is war on a grand scale, the Deadly SpaceMen can be found. This force is led by Roxanne Ray, a Deadly SpaceWoman who couldn't decide what she liked most: lasers, explosions, or fire. So she brought them all. 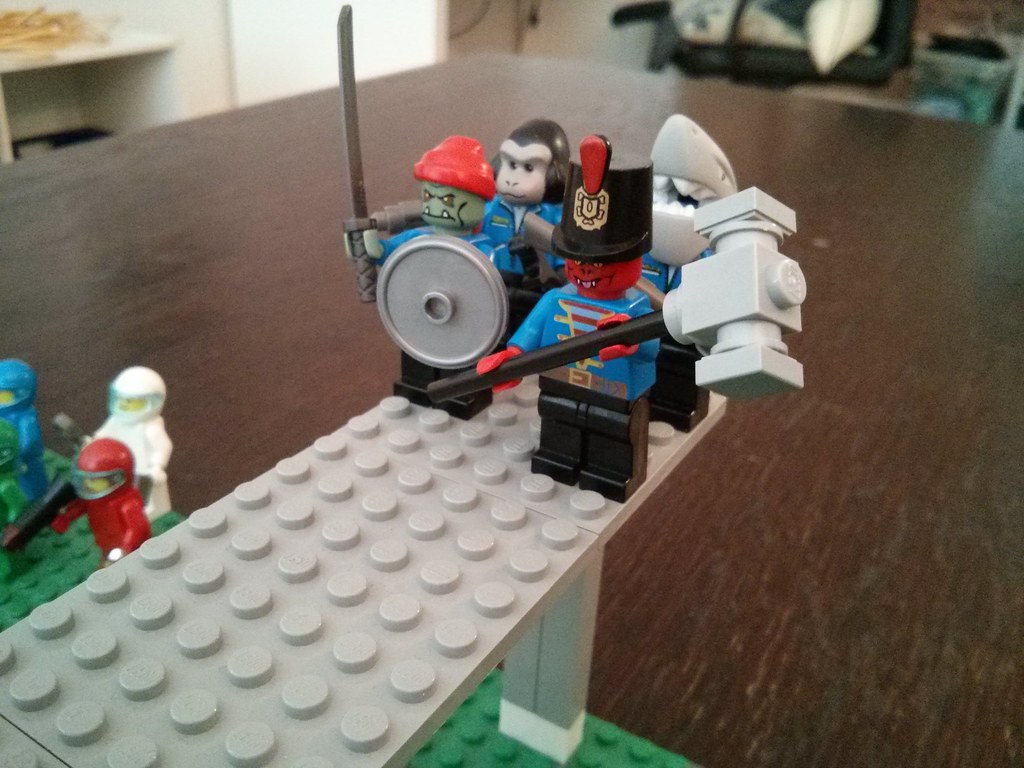 The diverse armies of the Menagerie of Julian send their greatest to the frontlines. Their leader is the brutal scerrow Jacques "Splat" Lafitte. 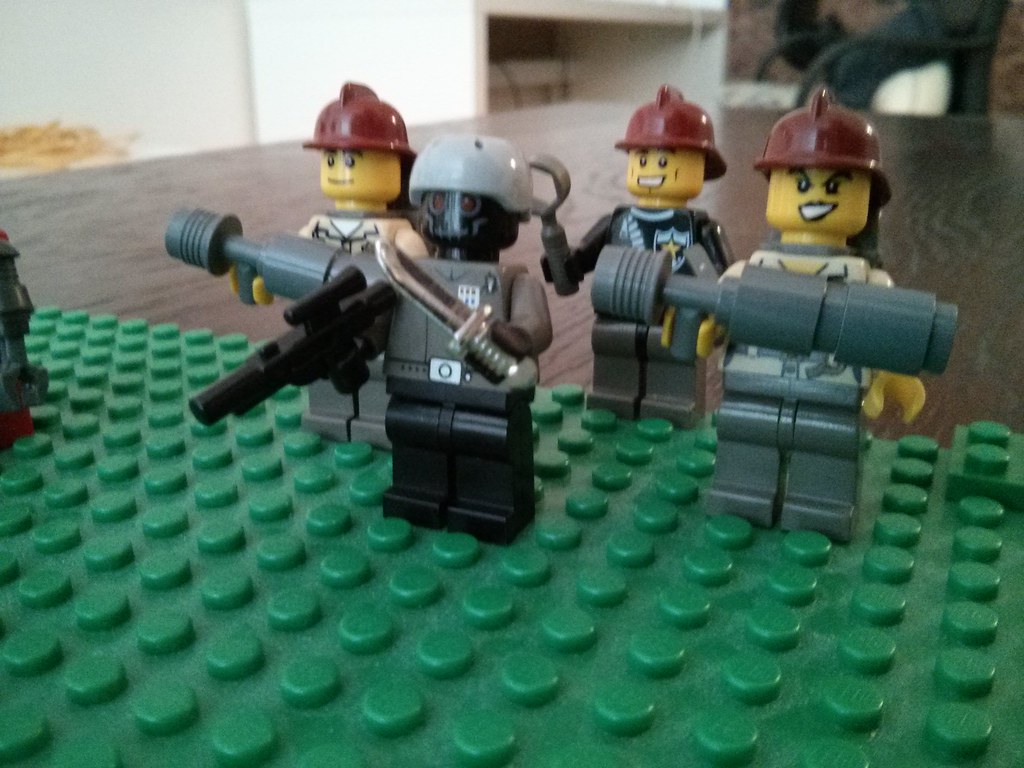 The Phalek Empire has sent their minifig auxiliaries to exterminate all opposition. Their leader is Dedred, a veteran space trooper who's seen it all, and more. 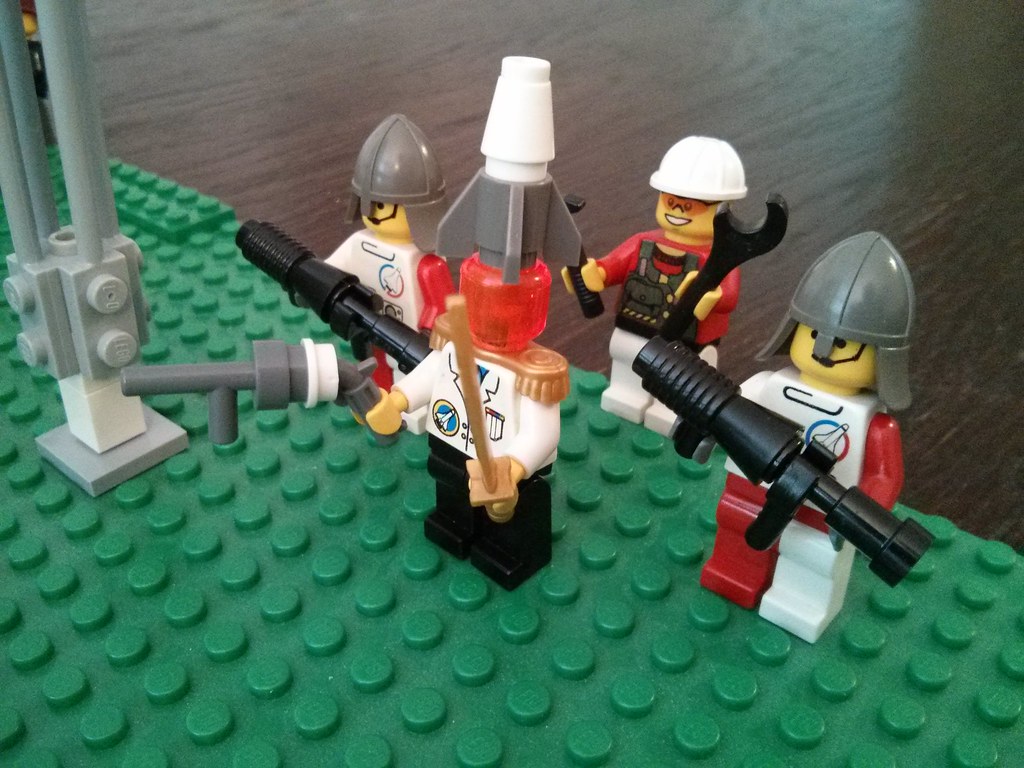 Poland has sent task force Rakieta to secure Futuro Prime and the adjacent systems. They are led by Głowa Rakiety, a commander known for his explosive temper. 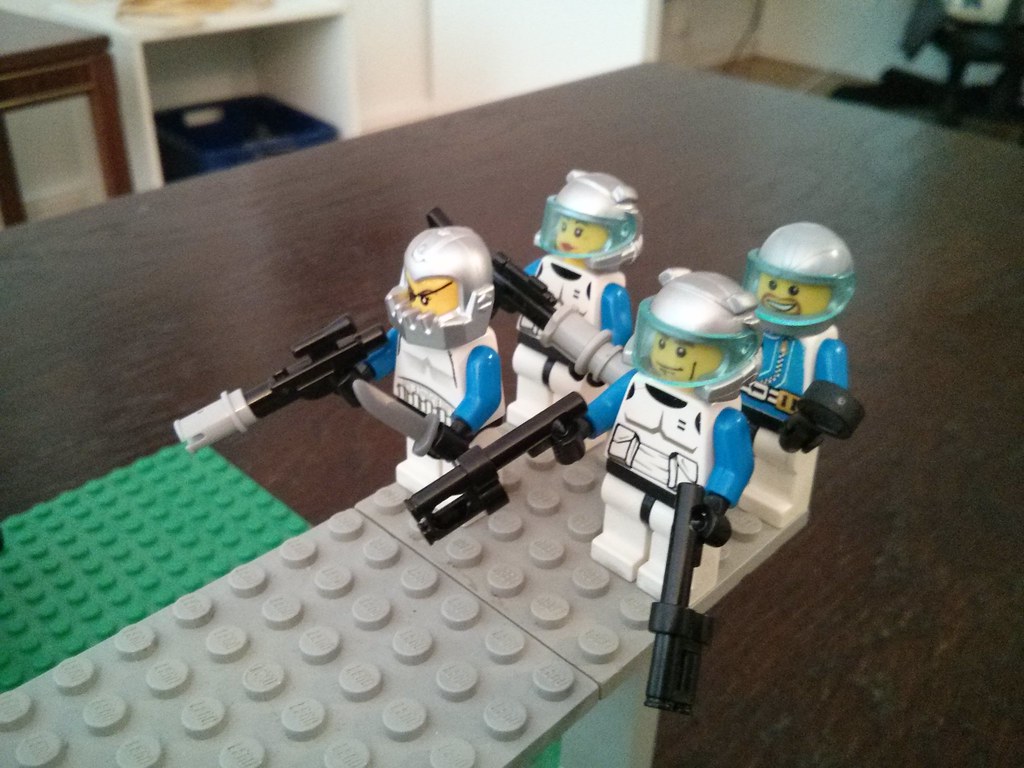 The Great Skion People will not be denied. Veteran commander Sky Skar might miss an eye, but she has more than enough jaw to make up for it. 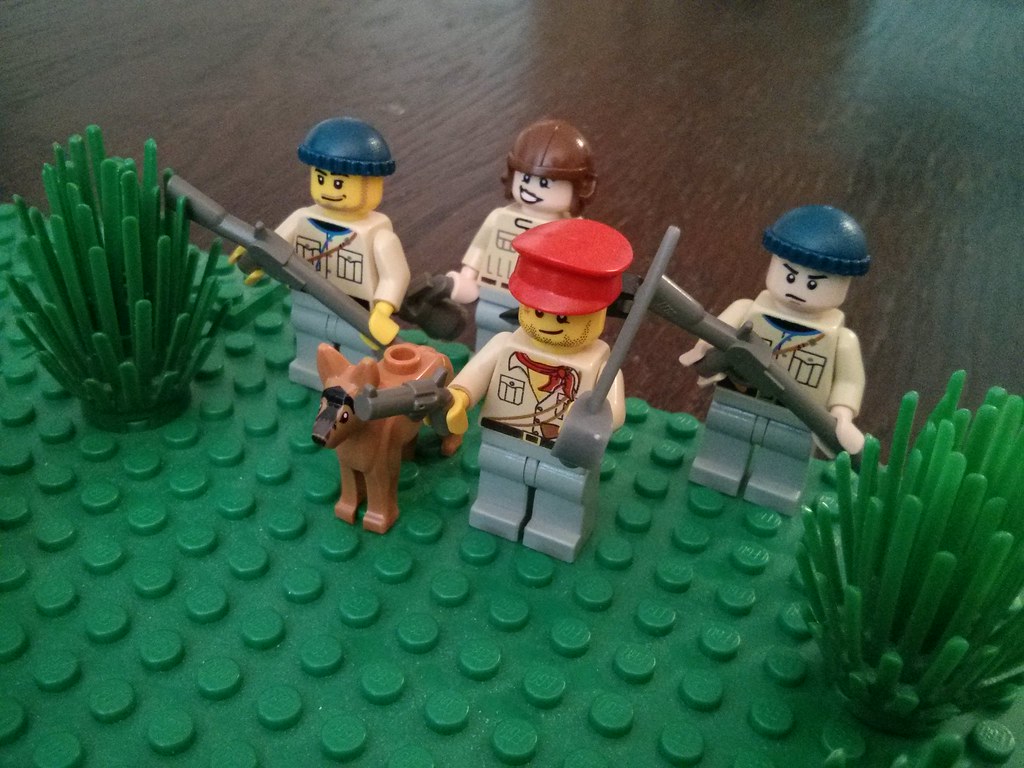 The Shivarian forces are eager to secure new holdings for the Union. They are led by colonel Tex Tolstoy, accompanied as always by his dog Balalaika. 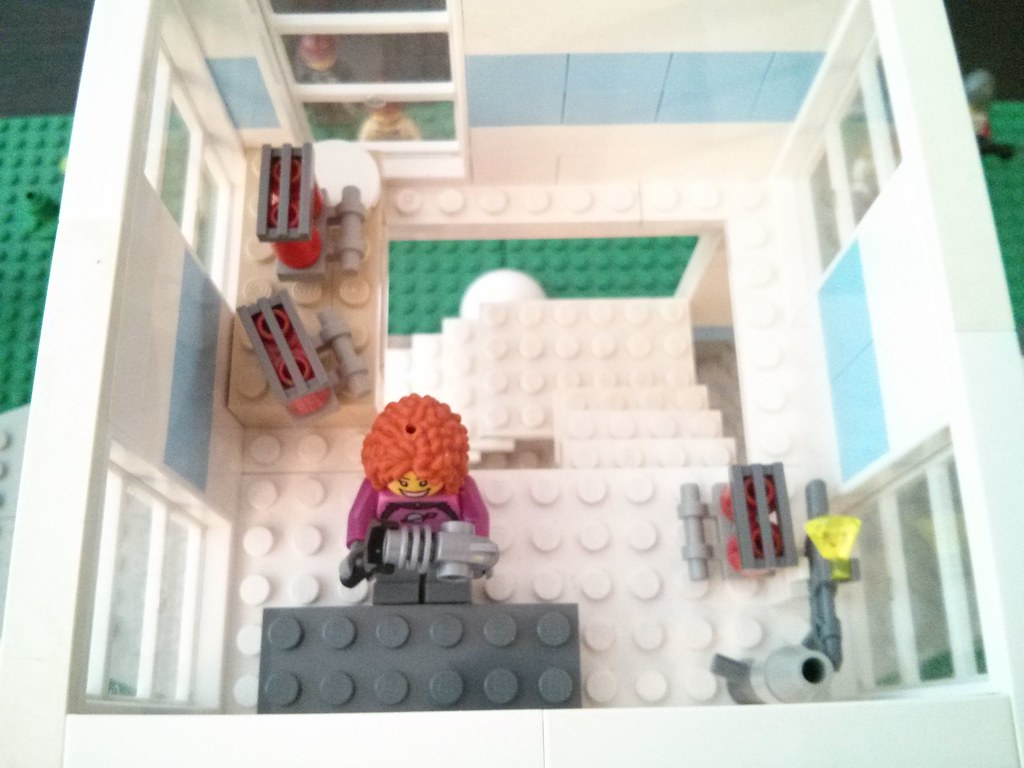 The battle just so happens to take place around the home of weapons and explosives developer Gianna Giertz. Her creations have sadly seen little use on the quiet world of Futuro Prime - but maybe today's the day? 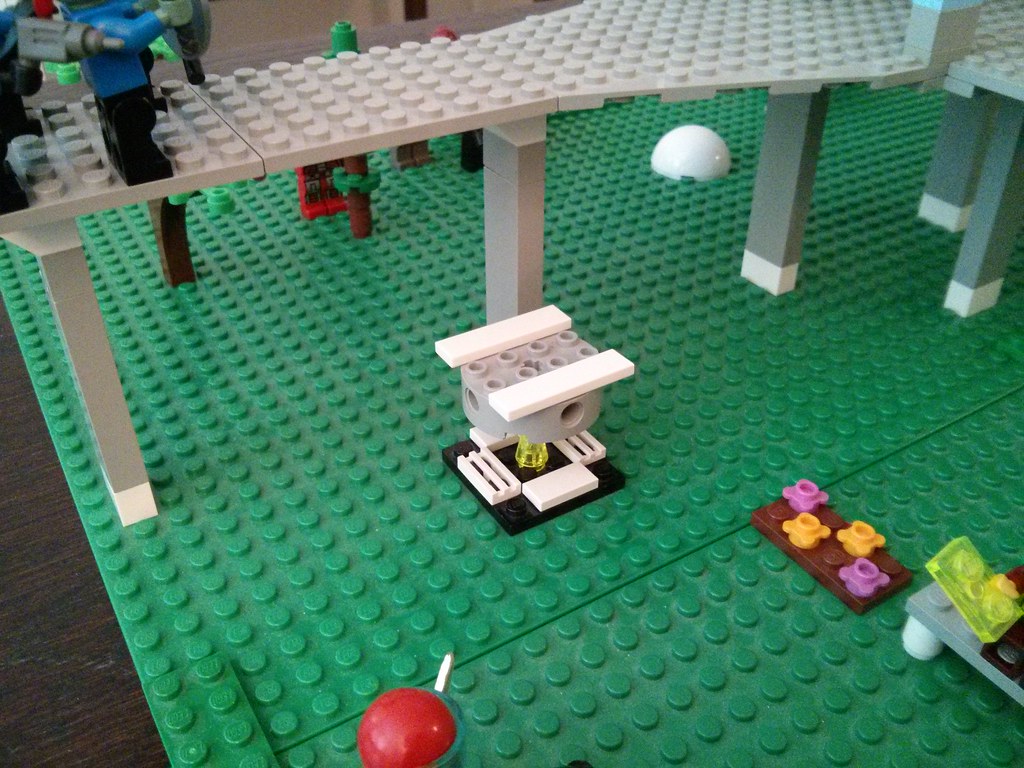 Note these grav-elevators - they let minifigs move instantly between the walkways and the ground. 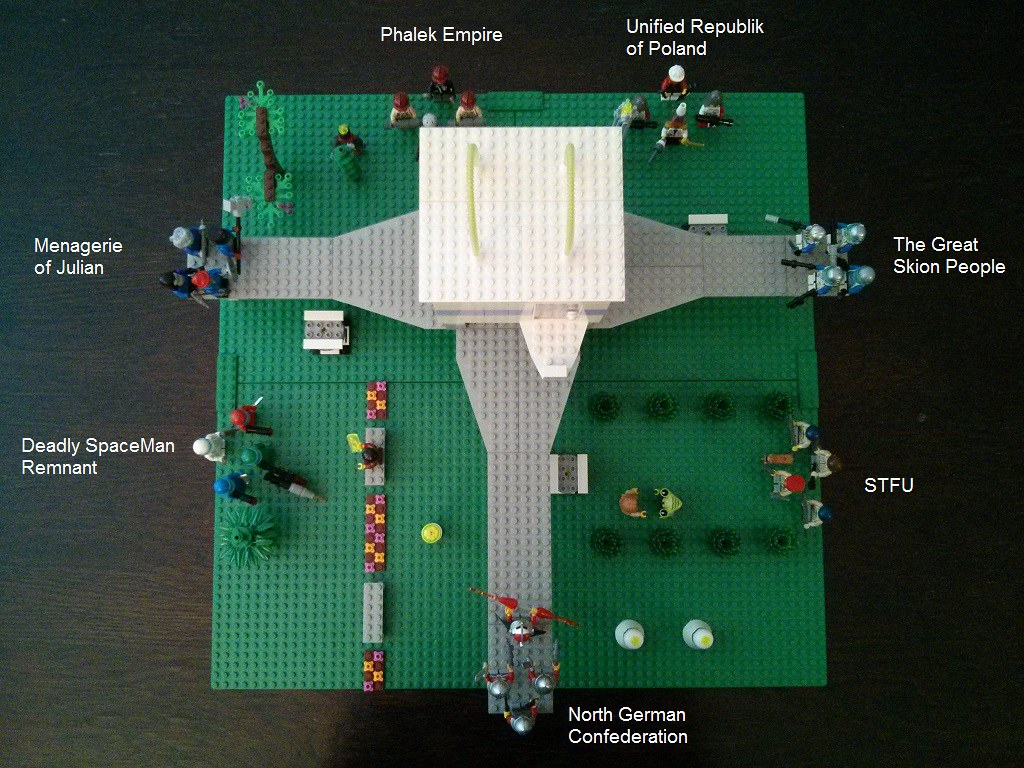 How to Take Over the Galaxy

The battle for Futuro Prime will decide the fate of many systems. Your army can secure these in a few ways.

At the end of the battle, four special victories can secure you more systems.

The battle will last 5 turns.

Orders are posted in the thread. Post order is the initiative order.

Deadline for orders is 48 hours after a turn is posted. Don't miss it!

Post your Turn 1 orders! May the best empire win!
The Disc Wars
Top

The Mechanic will rebuild the light post next to him into a laser cannon and fire it at the Phalek goons. The rest moves up a bit and also fires at them.

My hero move up and fire her rocket at the platform underneath the NGC
The two blaster troopers will take cover (as best they can) and shoot at the MoJ
And the engineer move over the grav lift and rebuilts it into a micro tank
Last edited by ReconMiner on Thu Mar 01, 2018 4:56 pm, edited 2 times in total.
Gladius Industries
"Sometimes, bigger is better"
Top

Wait, can we be like Hunger Games patrons and send items to the armies we like?
I make apocalypses and apocalypse accessories.

Sky uses a feat to leap down off the platform, fire at the STFU forces below, and then engages the hero in melee. The other units combine fire on the STFU hero.

Get the hero and the troops onto to the elevator, then make it explode to launch them into the DSMs for a heroic feat/attack

have the mechanik head towards the weapons lab, in search ofsecrets

I sent my orders in a pm, why are you all putting them here? did I miss something?
Phalek empire, S.P.A., Belgïe, My claim to not being a shitbuilder.

motorhead fan wrote:I sent my orders in a pm, why are you all putting them here? did I miss something?

it says you have to do that

motorhead fan wrote:I sent my orders in a pm, why are you all putting them here? did I miss something?

I shall dub these men, the 52nd Inter-Space Exploratory Unit

Tex will make a rousing battle speech, to get his men hyped and bettered for battle, and the mekanik will build something to have fun with. The rifle men will take cover behind those safe looking trees, and wait for response fire.
Texs dog will go convince those civilians to help them

Edit: if it's not to late, have the mekanik instead build an auto rpg for every Shivarian, instead of previous order. Everything else stands as stated.
Last edited by BriksKrieg on Thu Mar 01, 2018 11:17 pm, edited 1 time in total.

Okay, since they're closest, let's focus on the DSMs first.
Gunshark is going to shoot at the DSM Mechanic.
Keltin the Orc is going to use the lift to drop down and strike at the closest DSM.
Ratchet McApeface is going to make a beeline run for the inventor's house.
Finally, Jaques the Splatter is going to use a heroic action to jump off the platform and sledgehammer the nearest DSM in a jump-attack! DEATH FROM ABOVE!!!

Oh, also thanks to Arkbrik for hosting this!

I'm giving my popular support vote to the Poles this turn because their hero looks so awesome and weird. Note that the rules say "every turn except the last", which I am taking to include turn 0.

I'll give my popular support vote to whoever can correctly guess how many fortnite wins I have.
Top

Brikguy0410 wrote:I'll give my popular support vote to whoever can correctly guess how many fortnite wins I have.

Brikguy0410 wrote:I'll give my popular support vote to whoever can correctly guess how many fortnite wins I have.