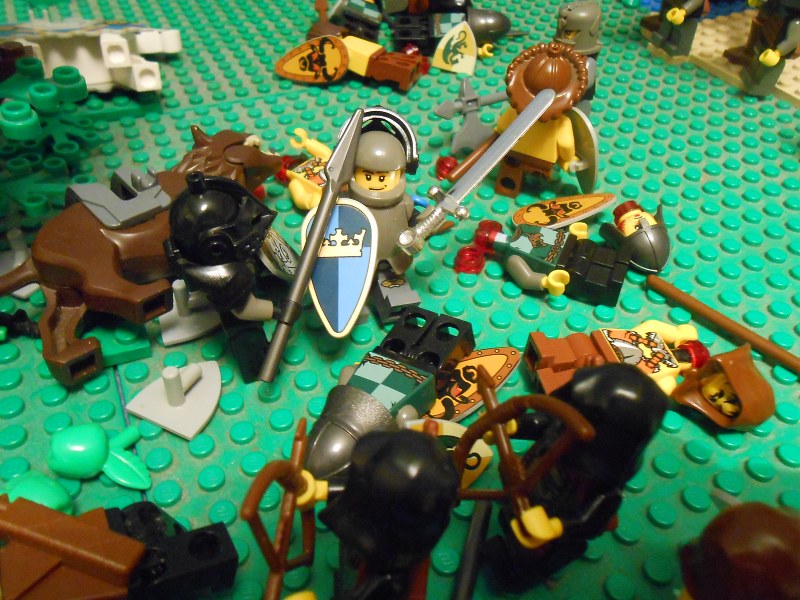 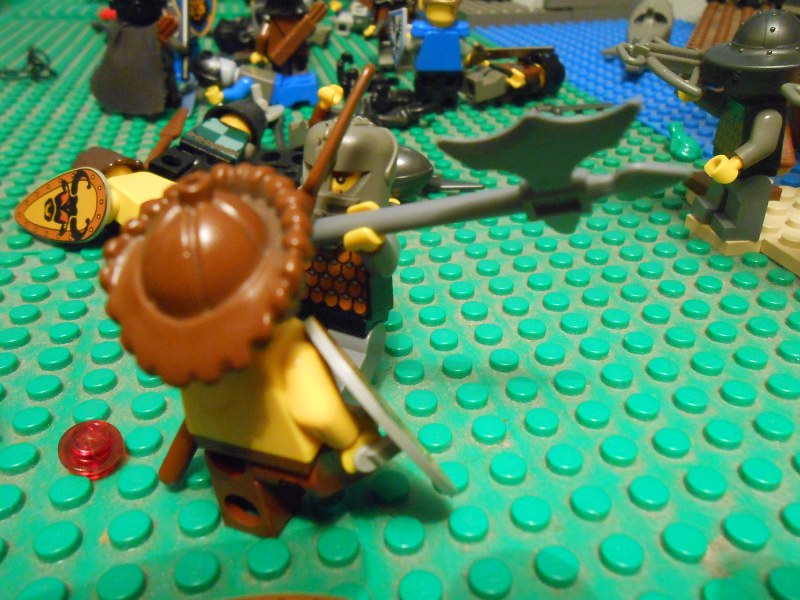 The Shieldbearer fails to kill the enemy corporal. 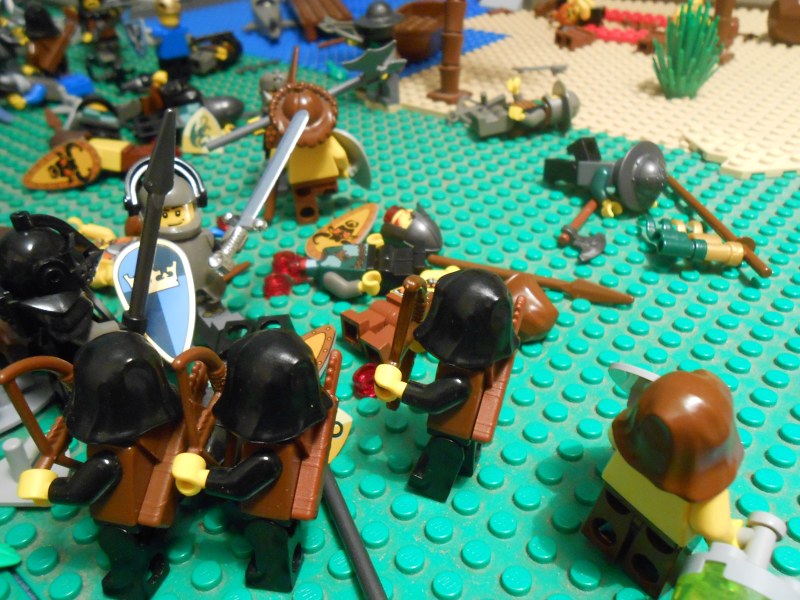 Ambushers Aim and each shoot at one of the mariners, killing two. 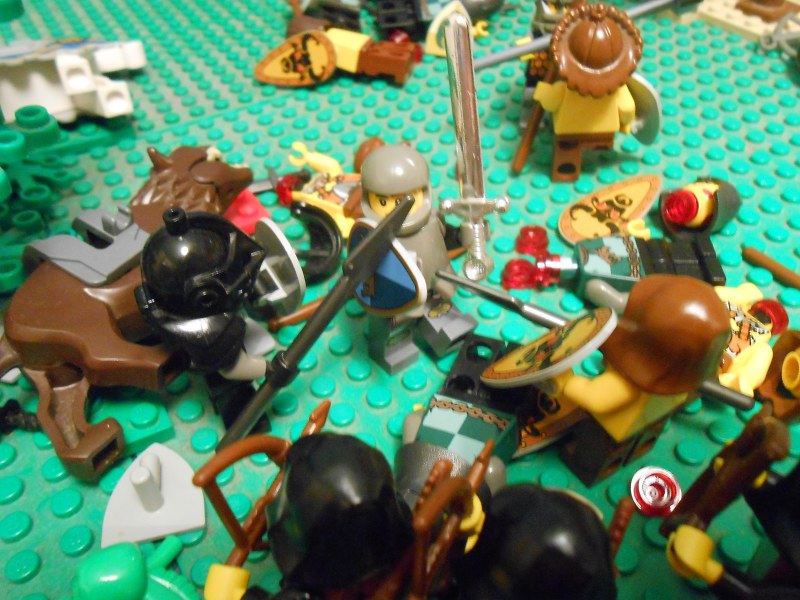 The Shieldbearer carrying the Arktifakt picks up a spear and attacks the Commander simultaneously with Valarius. The spear strikes hard and deals 7 (!) damage, meaning Valarius only needs to add a little more... but the Commander Overskills his parry and gains an extra level of deflection, mitigating Valarius' strike entirely. Valarius then mocks the Commander's counter strike with three levels of deflection himself. 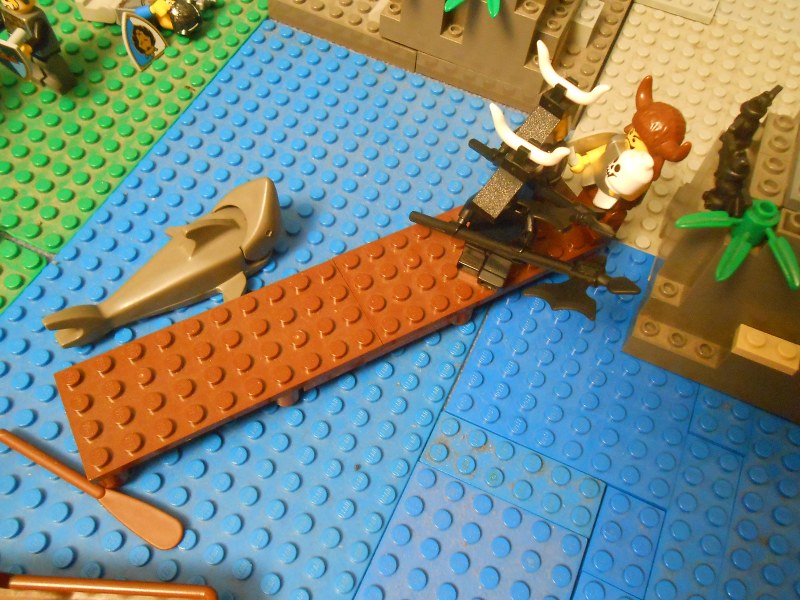 The Shaman walks onto the bridge and uses one of his SN dice to get it to move. Critical success! 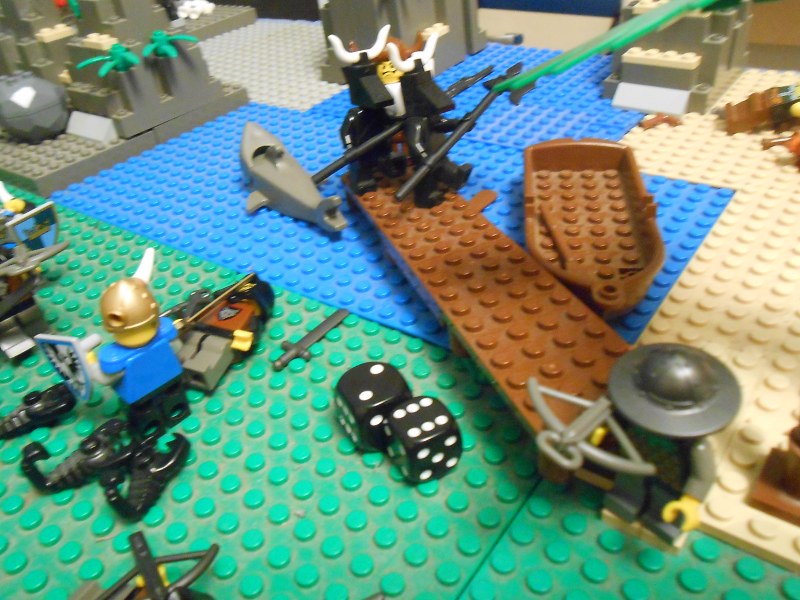 The bridge flies forward and smacks into one of the mariners, who survives the crash damage and somehow stands his ground against two MOMs. 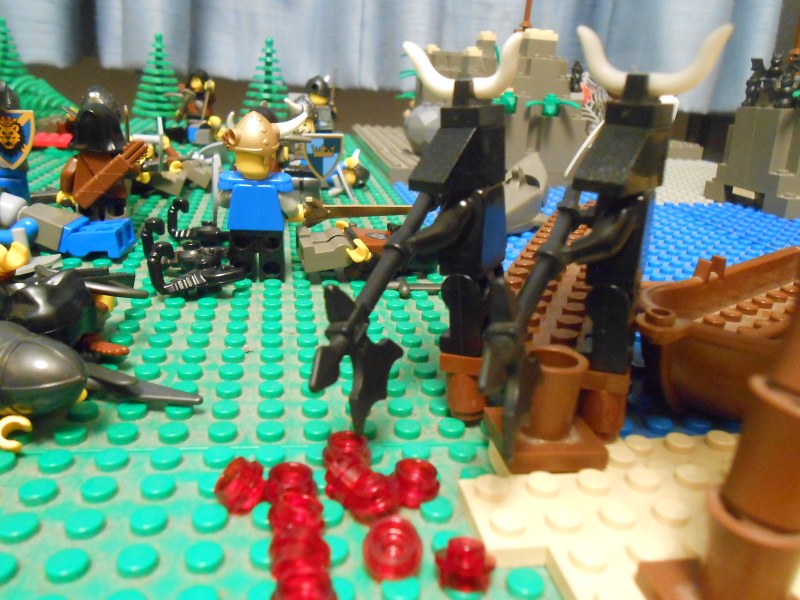 It does him little good as the Icons (one of them receiving a +1d6 Skill blessing from the Shaman) both charge and literally turn him into a red stain on the ground with 7d6 damage. 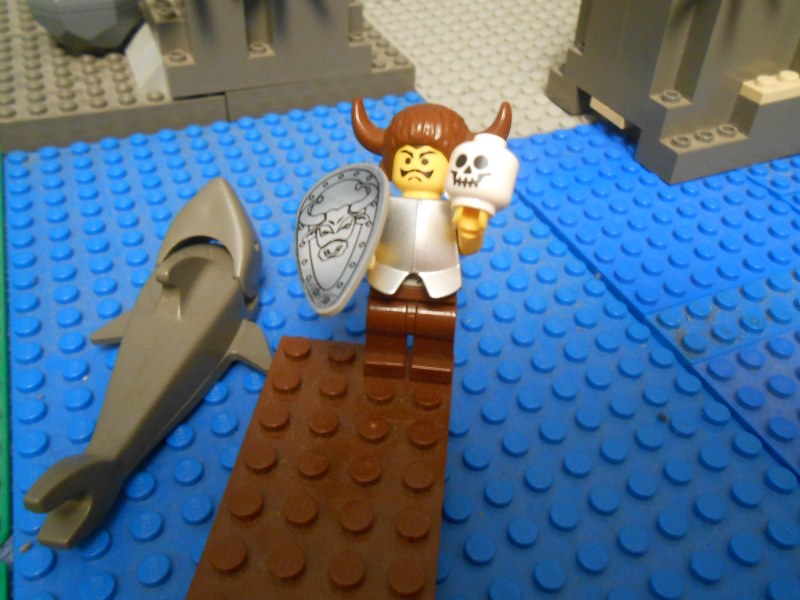 Finally the Crazed Shaman implores the Bull God to rid him of this pesky Commander. 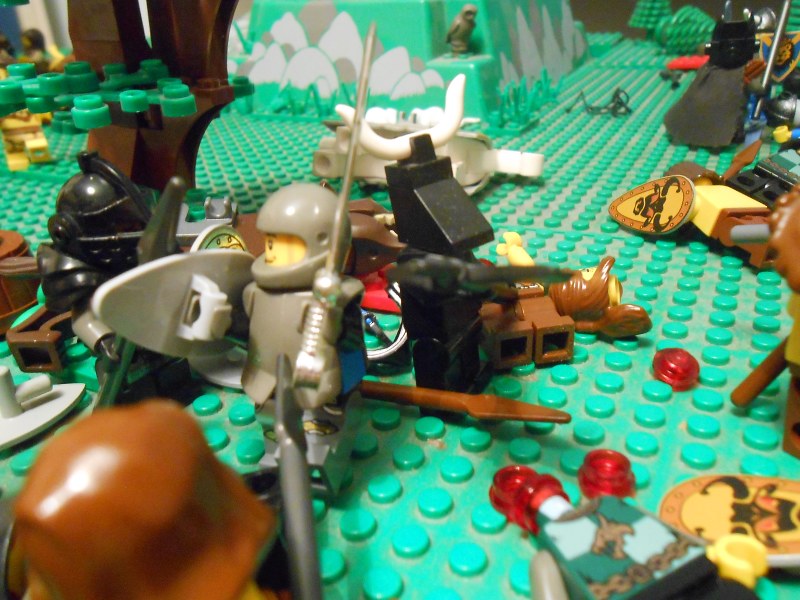 A third Icon appears briefly, takes a swing at the Commander, misses, and disappears again.

The next two days I won't have much internet so I'm trying to get this round done swiftly and with haste. 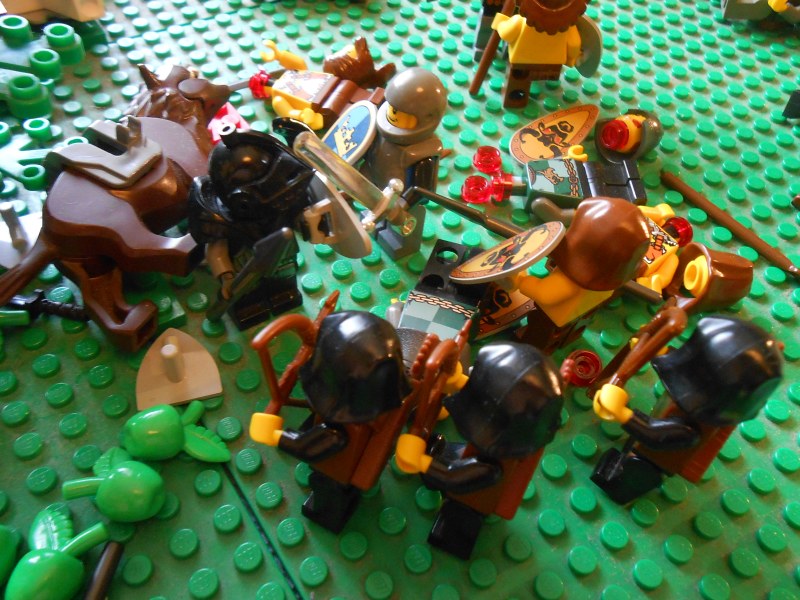 The Commander thinks about nabbing Valarius' helmet. Both rolls are a '1' so he forgets about the idea before attempting it.

He then strikes at Valarius, once again facing three levels of deflection thanks to an OverSkill parry, which blocks even his Benny. 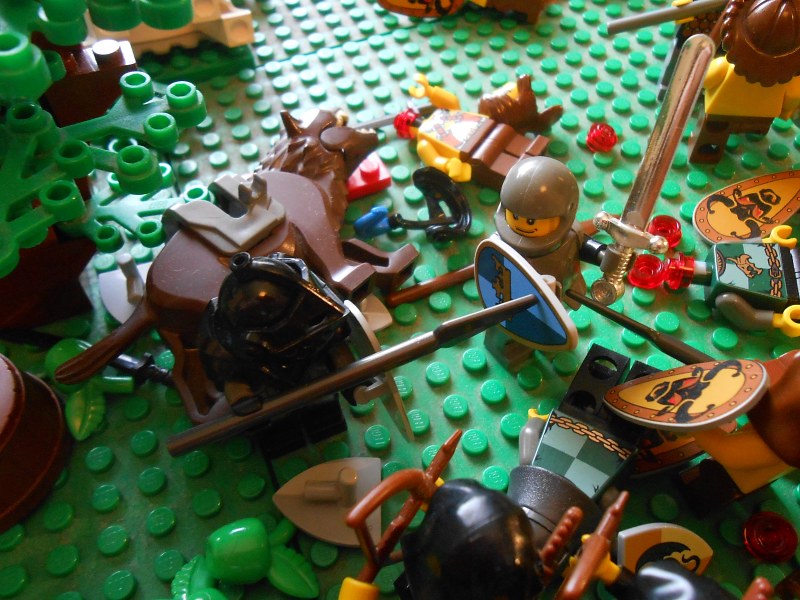 OverSkill parries are a plague. The Commander manages one too and avoids any damage on the return strike. Heavily Armoured and Shielded Heroes are clearly very difficult to kill and might require some more creativity to eliminate.
Fantasy battles
Top

I thought I could use Bennies to boost Heroic Feats?

It says under Almighty Bennies you can boost anything except What I Say Goes rolls and Heroic Feats.
Fantasy battles
Top

Bragallot wrote:OverSkill parries are a plague. The Commander manages one too and avoids any damage on the return strike. Heavily Armoured and Shielded Heroes are clearly very difficult to kill and might require some more creativity to eliminate.

It's true, especially in one-on-one duels. Against multiple foes their Parry gets used up and then your chances improve.

Yeah, and it decreases his chance to parry a bit too. At first I was just going to ignore him 'cos he's slow. Then I was so sure I was gonna kill him when two of my guys crit failed, and again when that spearman did 7 damage and I only needed Valarius to do 4 more.

I wish I rolled better on my attack rolls than on my parry rolls, (regardless of which figs end up getting killed).

When you have fewer figs available targeting the shield and / or the armour itself first is probably not a bad idea.
Fantasy battles
Top 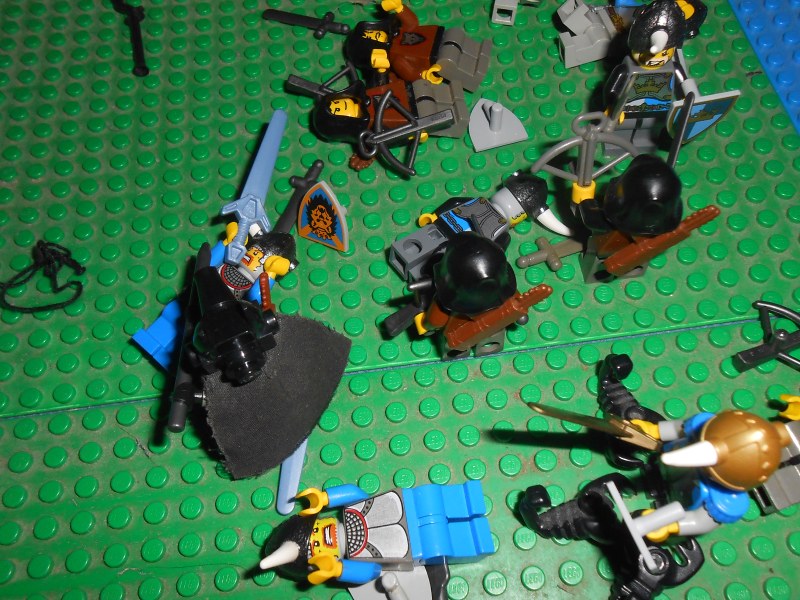 The Black Wolf and one ranger both manage a kill. The scorpions chew at Fishstache but on their own they are merely a nuisance to him. 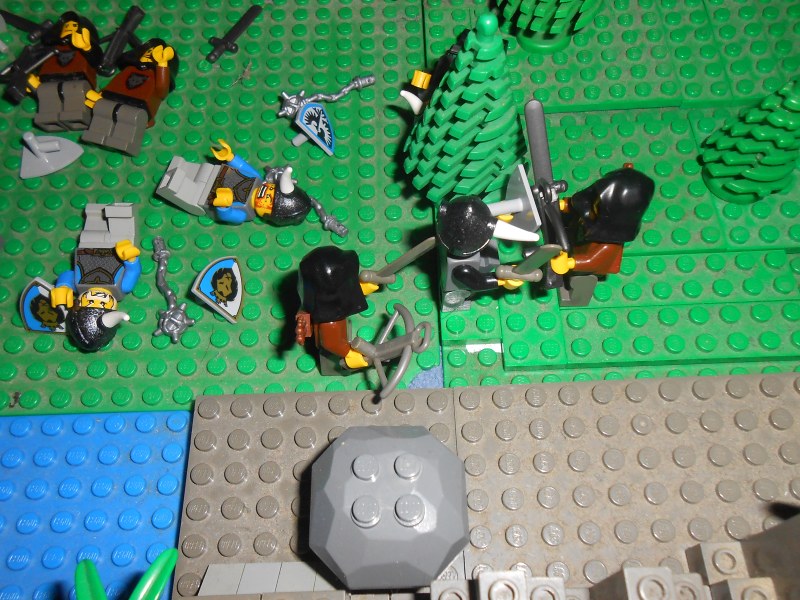 These rangers gang up on a Sword-Demon but he survives thanks to another Overskilled Parry. 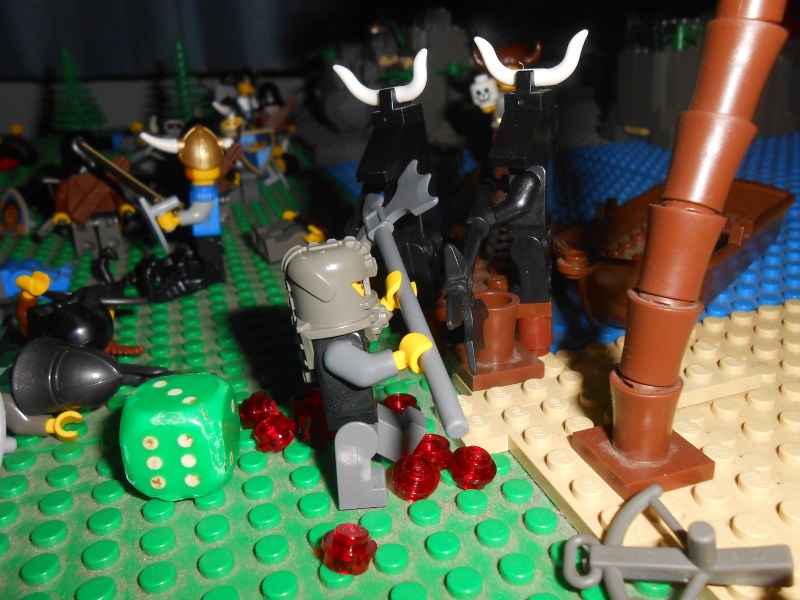 In either a bid of desperation to run back to the boat or a final blaze of glory, the final raider successfully retreats from combat without dying and charges an icon, killing it with the help of his Last Man Standing Benny. It disappears without a sound. 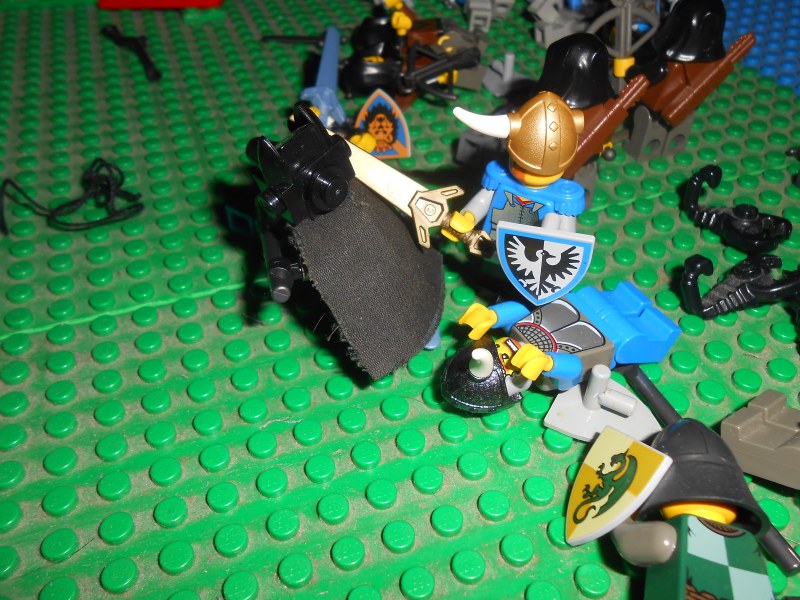 Fishstache's men fail to kill any more rangers, but he himself strikes down The Black Wolf with a vicious blow.
Fantasy battles
Top 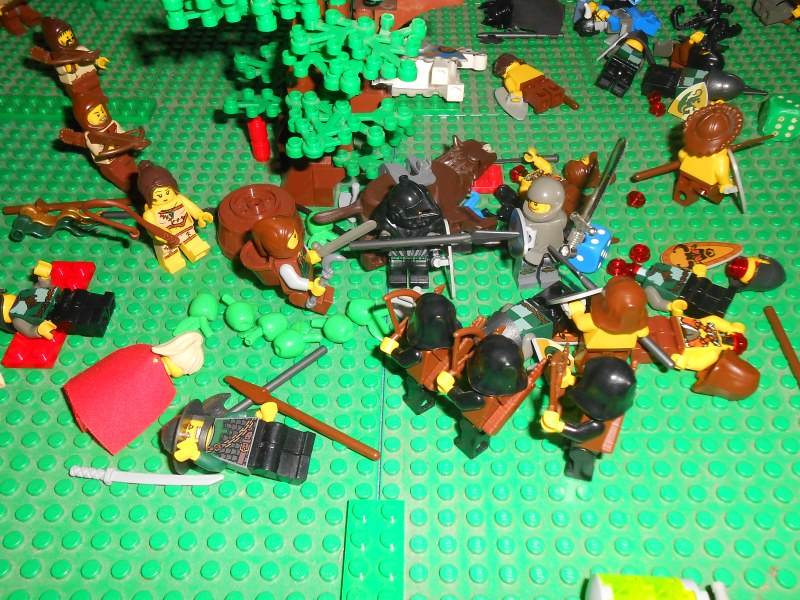 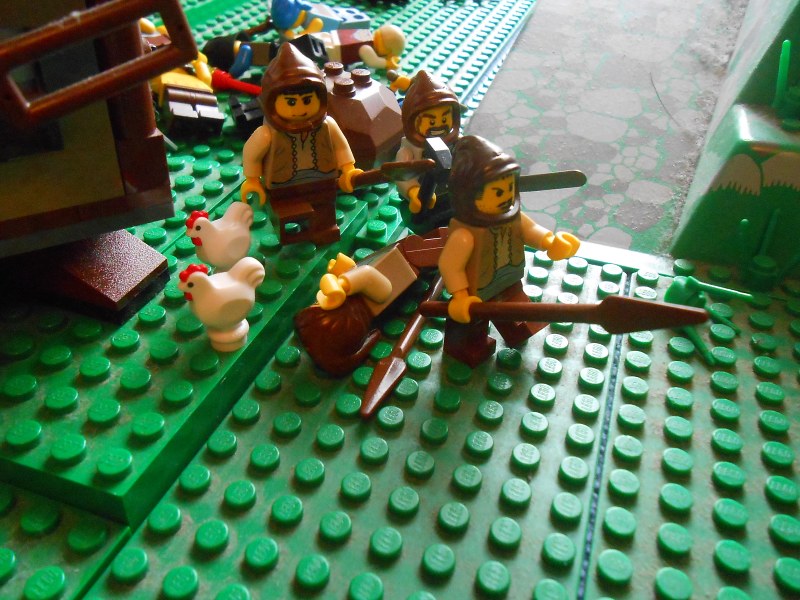 Haldon and the spear peasants march around the mill (they couldn't move in a straight line so they couldn't sprint yet). 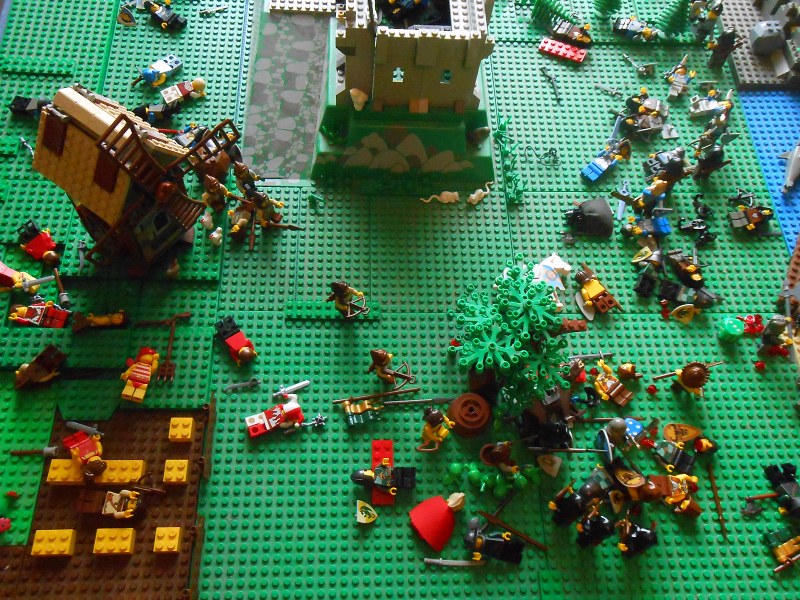 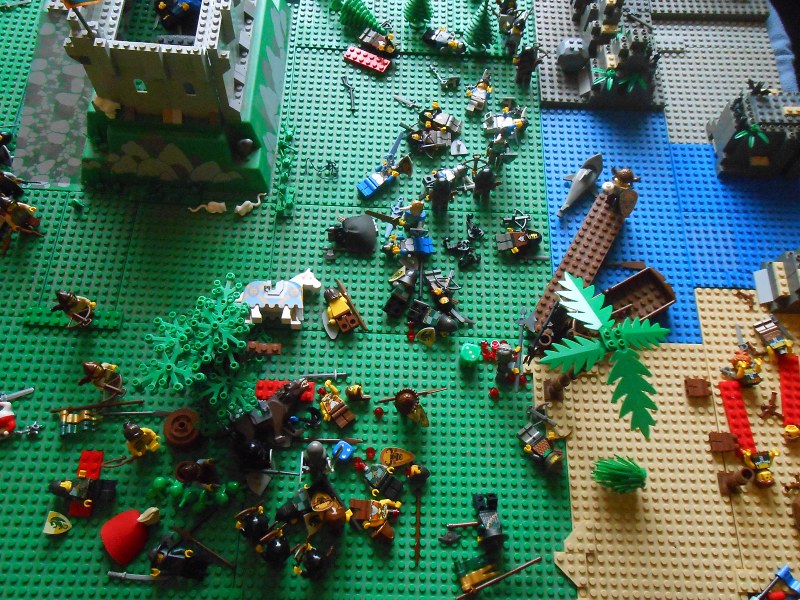