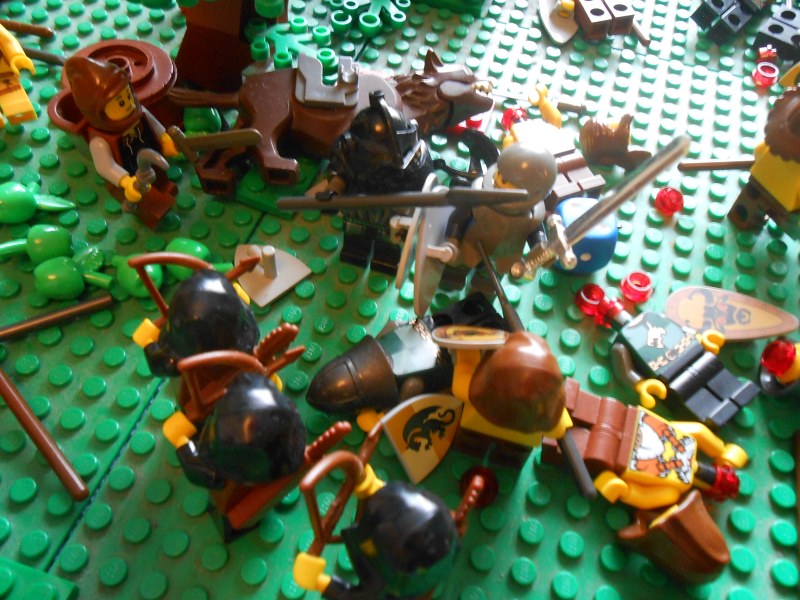 Valarius bashes the Commander with his shield, cracking his armour and thus decreasing it by 2. 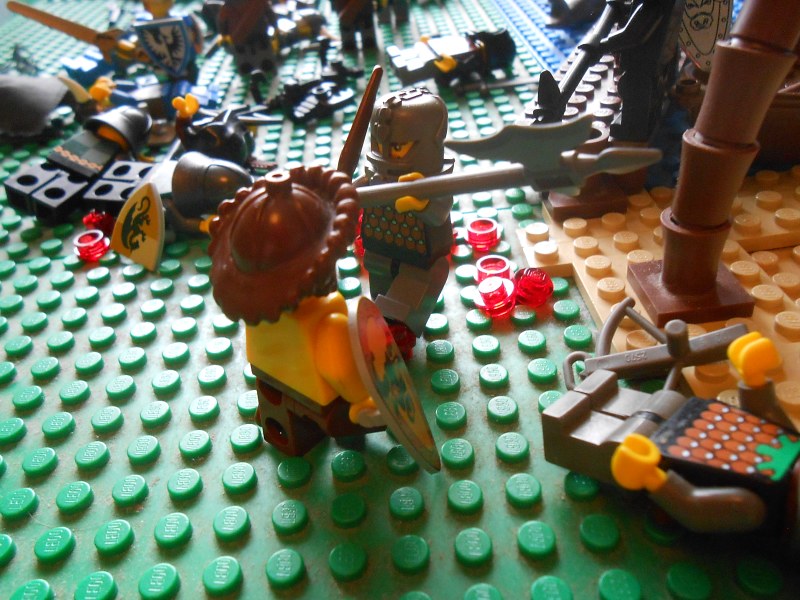 A Shieldbearer attacks the last Draklon Raider. Both miss their attacks on each other. 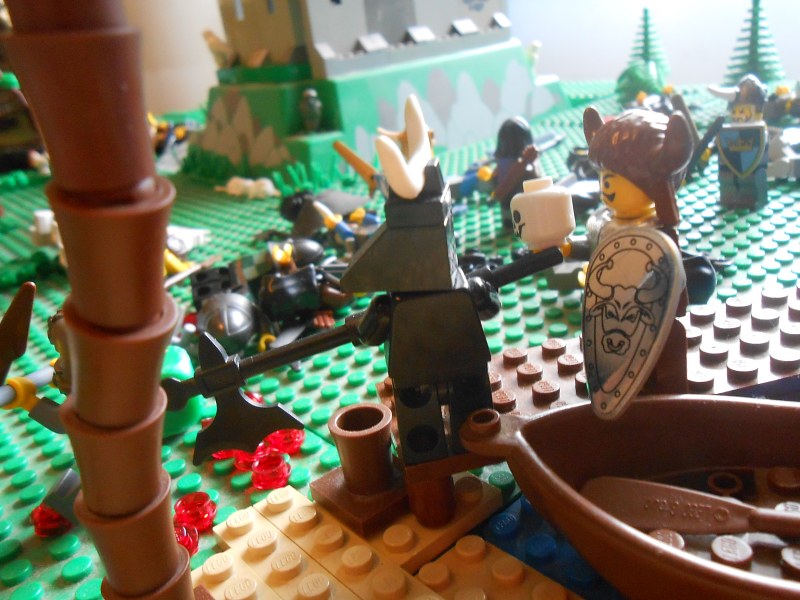 The shaman blesses the icon with armour and skill. 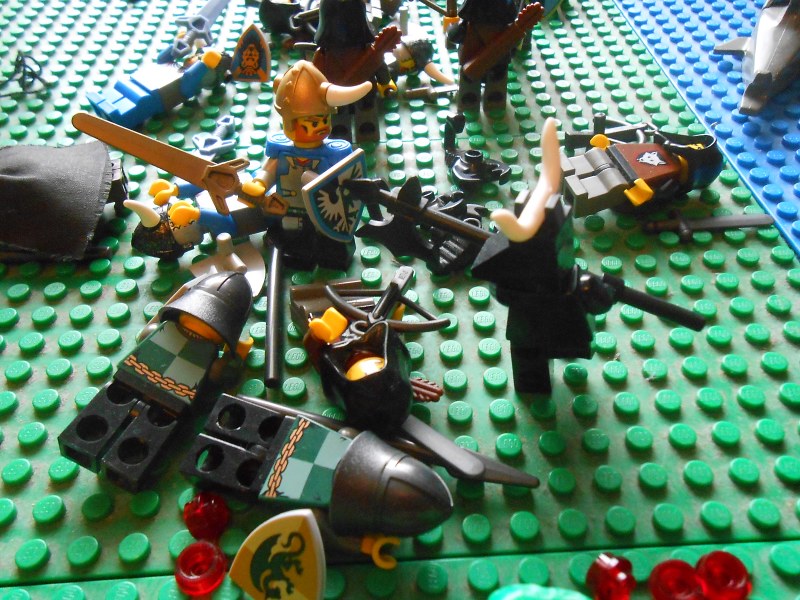 The icon charges at Fishstache but the Water Demon leader survives the vicious strike thanks to... you guessed it, OverSkilled deflection.

The strike does knock him over and disrupts him. 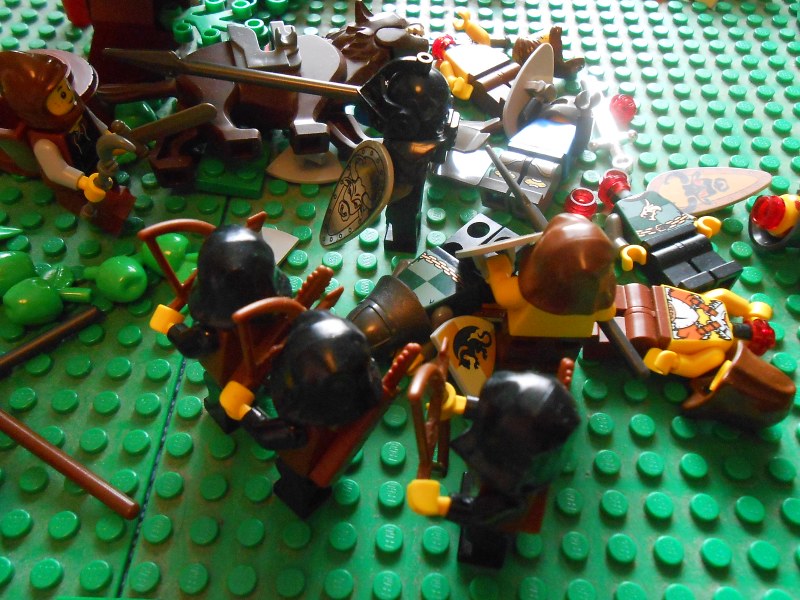 The Ambushers take careful aim and execute the weakened Commander with a point blank volley. Valarius chucks a spear at his attacker but misses. A Shieldbearer then charges in and kills the smith's apprentice for him (forgot to take a picture of this). 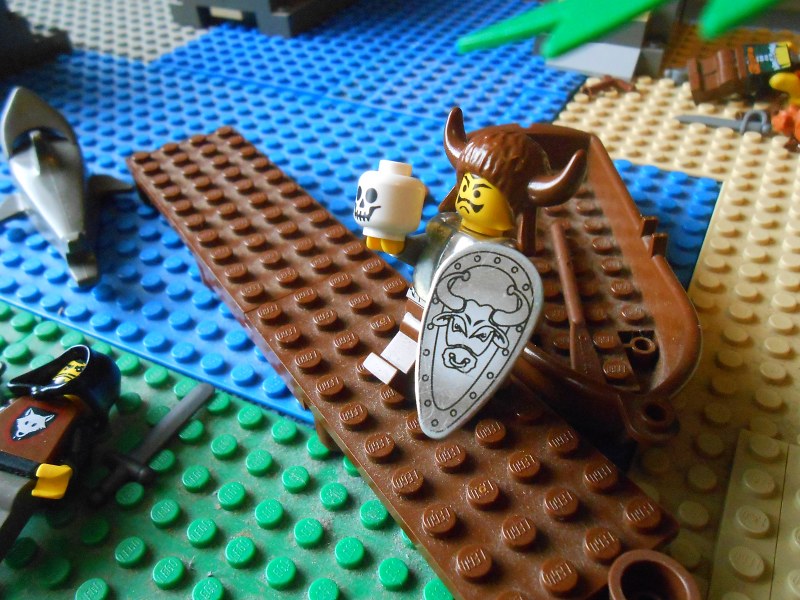 The Crazed Shaman implores the Bull God to smite the Bulls' enemies. 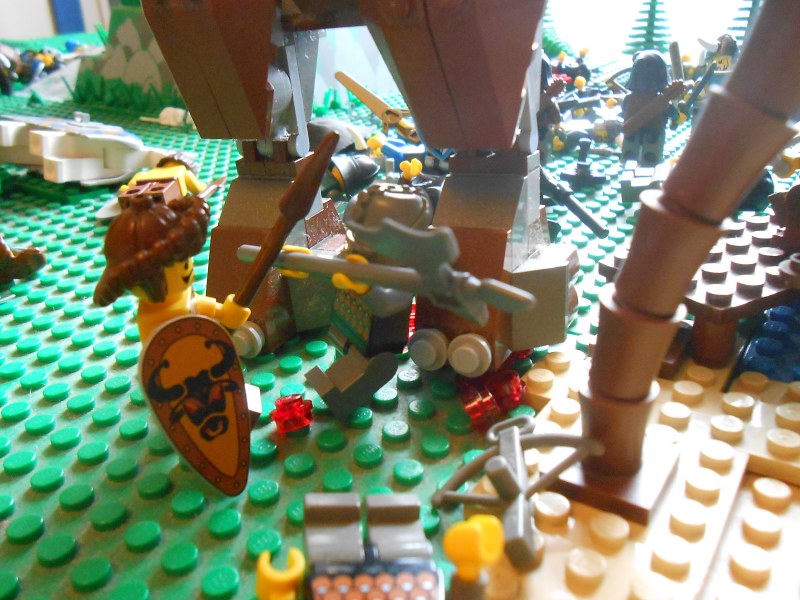 A massive hoof smashes down next to the last Draklon Raider, missing him barely. 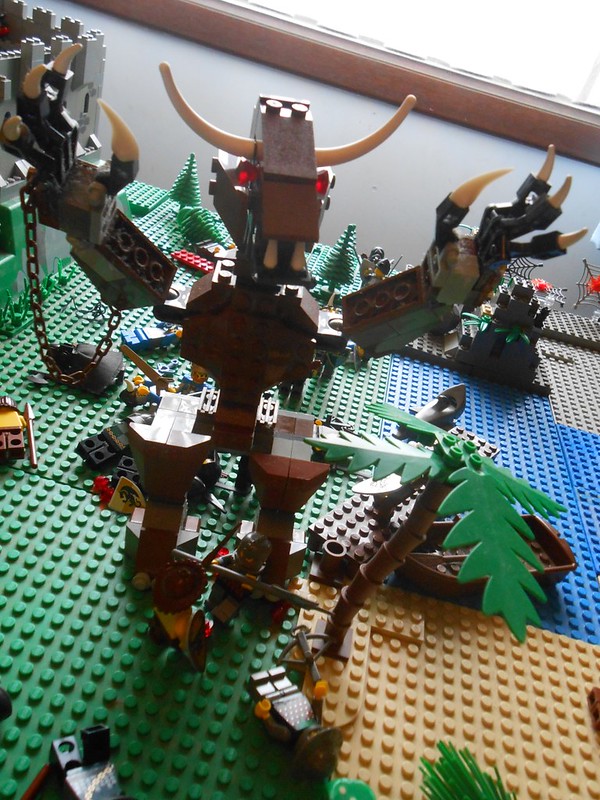 An Aspect of the Bull God manifests itself from the nether briefly, roaring something incomprehensible (a 'happy birthday to Kommander Ken', maybe?). 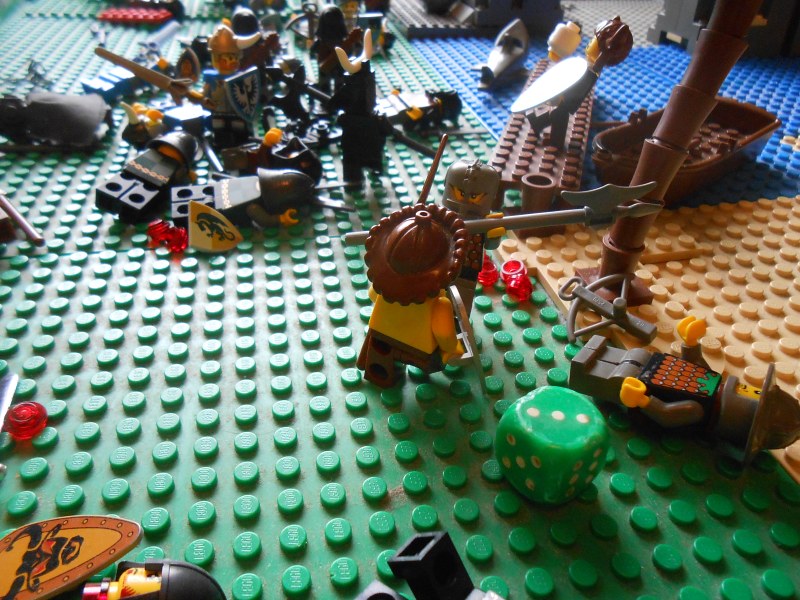 The shaman's power is insufficient to sustain the Aspect so it disappears again. 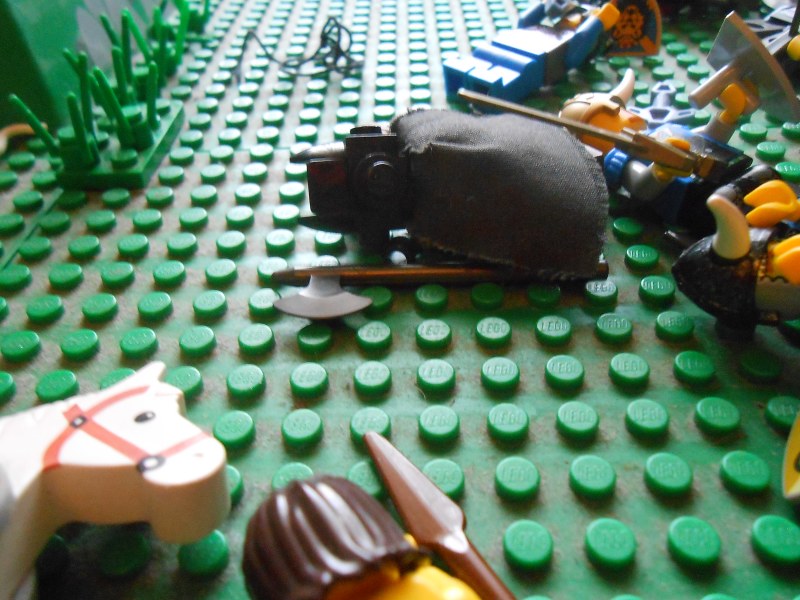 Is Theblackwolf really dead? He's a Hero, of course not! I swear I could just see him move a bit. Or did he cunningly swap himself out for a decoy to give himself time to recover? That's possible too. 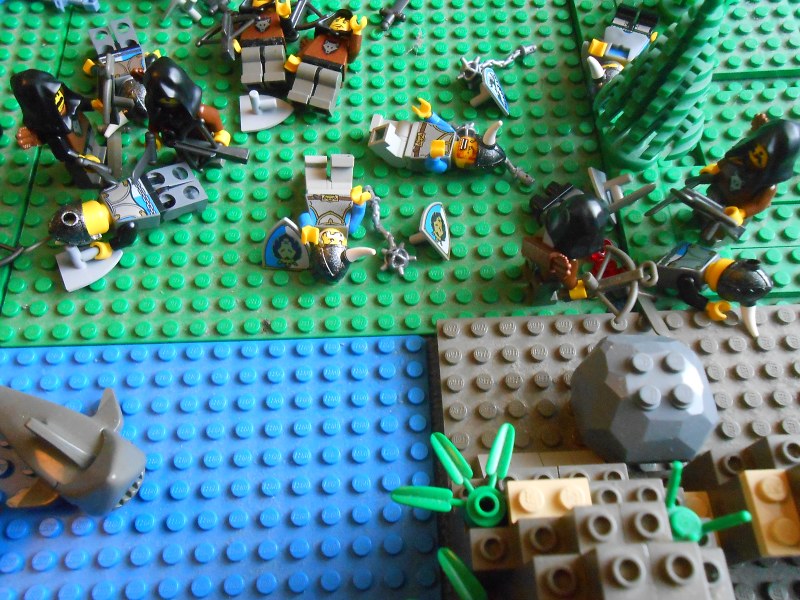 His men, rogues all, have no issue with ganging up on the remaining Sword-Demons to finish them off.

(I didn't forget about the scorpions but since they were unable to accomplish anything on their own I just left them where they were). 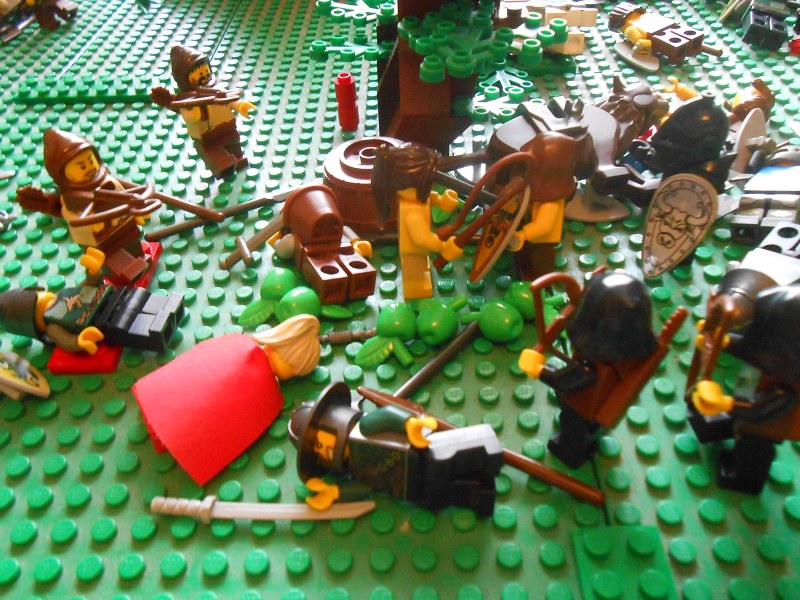 The girlfriend finds her path blocked by a Shieldbearer on her way to Valarius. She slaps him with her whip but he manages a block. The crossbow rabble each shoot at an Ambusher. They are stationary so they make easy targets. Still one crit misses, and the other doesn't do enough damage. 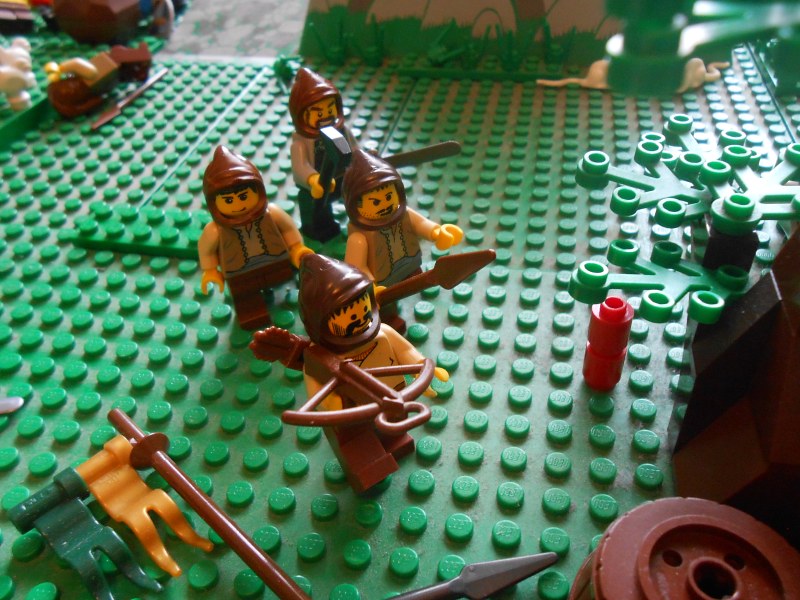 Haldon and the spear rabble then sprint and fall in behind their comrades. 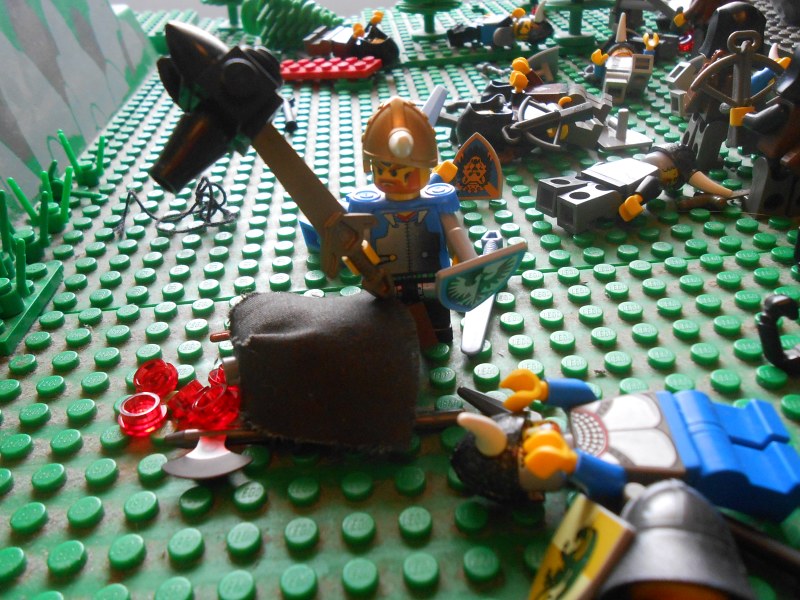 Fishstache, the Last Water Demon Standing, collects Theblackwolf's head. The Icon he is in combat with is too far away to reach him. Though technically it gives Kunning feats and therefore doesn't combine with his cliché, I'll allow it 'cos the kill gives him a confidence boost, or something. 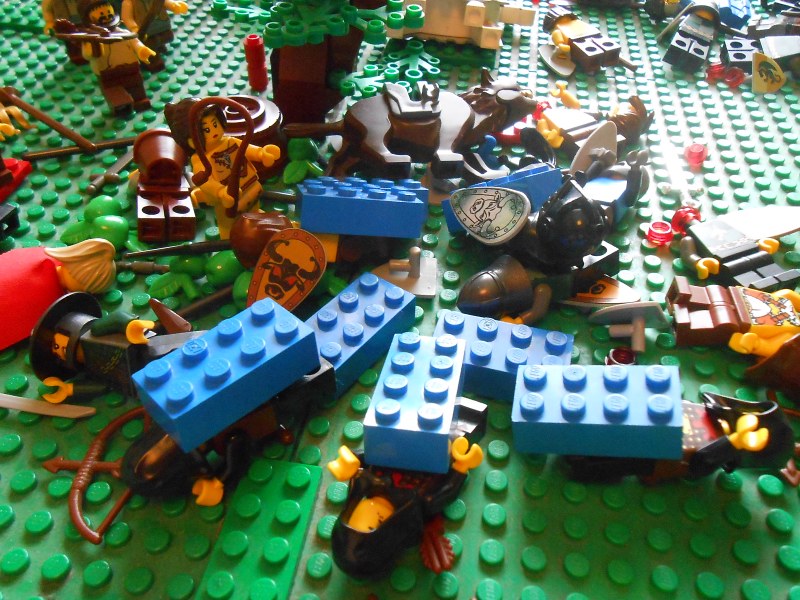 He sends a massive wave crashing towards the Arktifakt, dealing 1d6 damage to all the Bulls there and the girlfriend. I manage to roll 5's and 6's for all of my guys and they all die.

Valarius would've died too if his Heavy Armour hadn't saved him. The girlfriend survives. 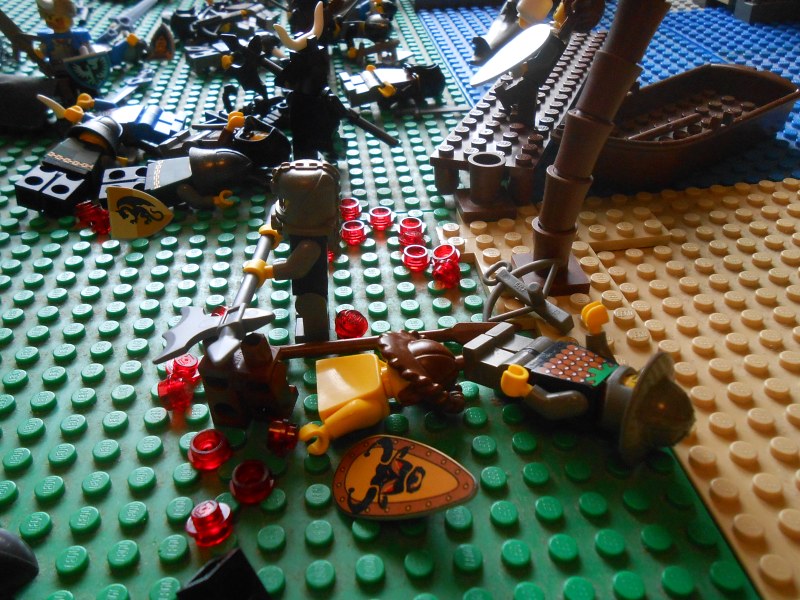 There wasn't really much else for this guy to do so I just had him attack the Bull he was in combat with. With the help of his Benny and a failed parry, he kills the final Shieldbearer. 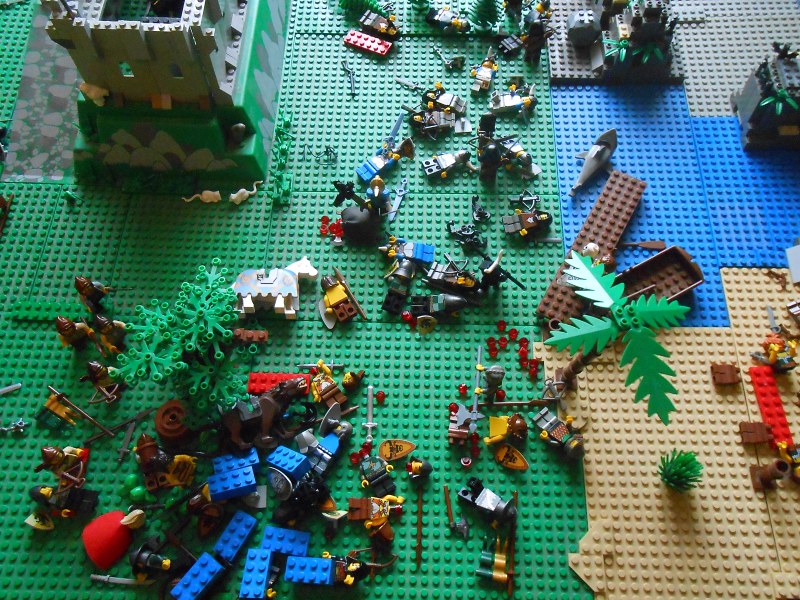 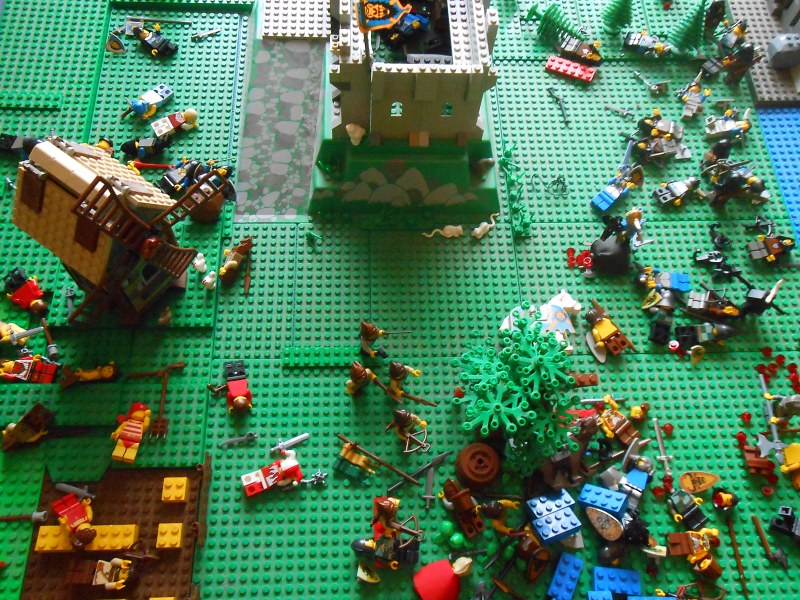