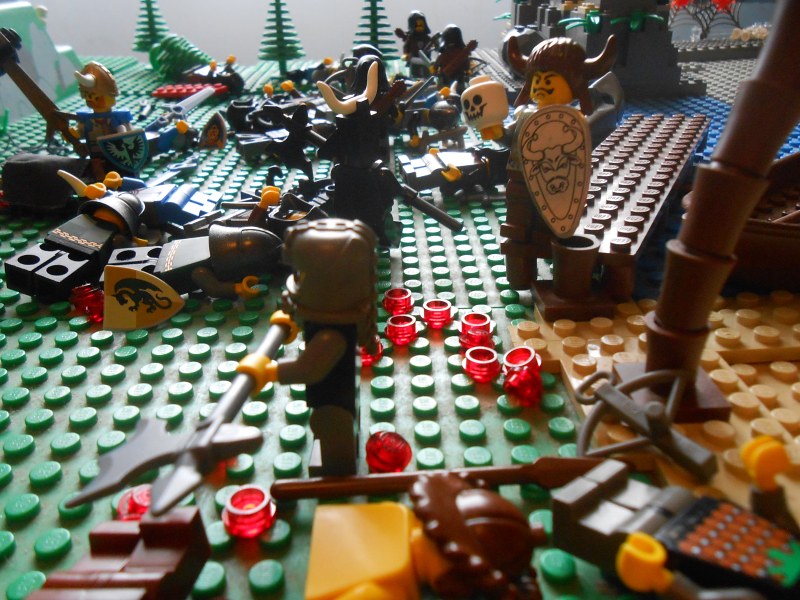 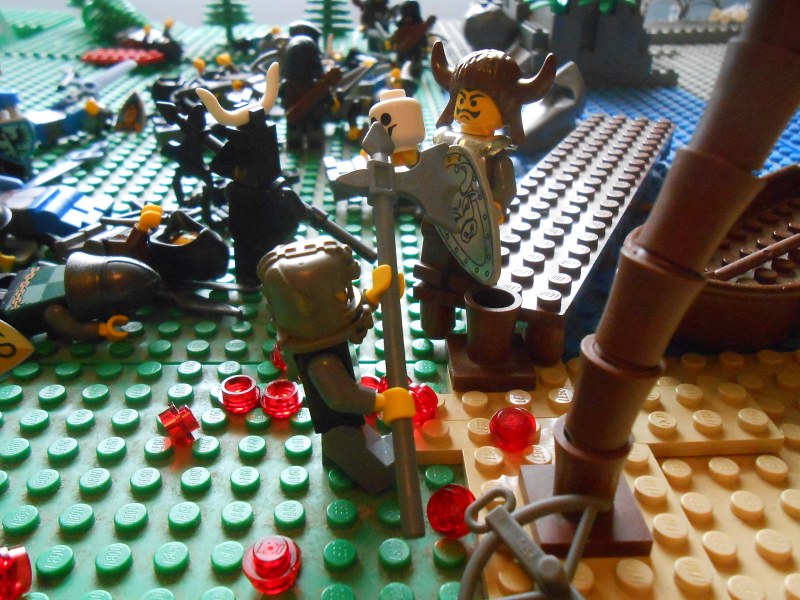 The Draklon Raider is unimpressed and whacks the Shaman, the armour and his shield just barely saving him. 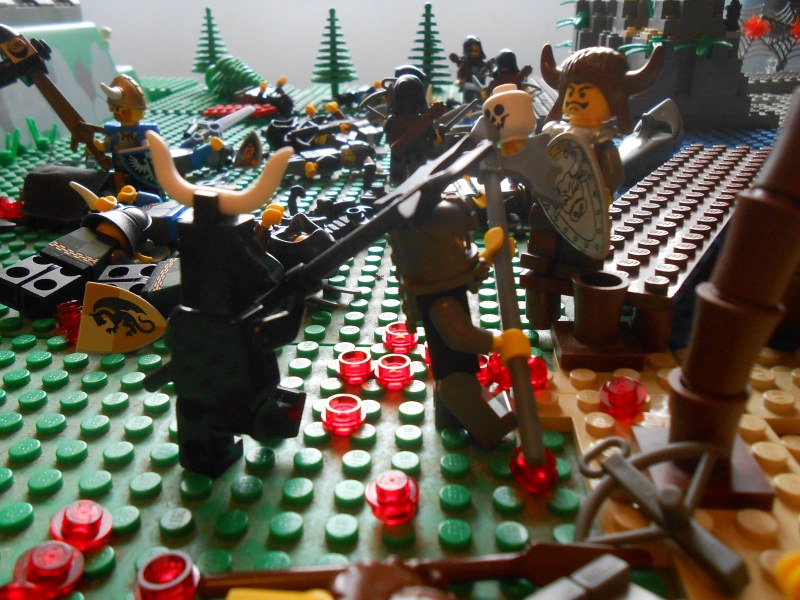 The Icon rushes in to help but misses even with the Skill Boost it's getting from the Shaman. 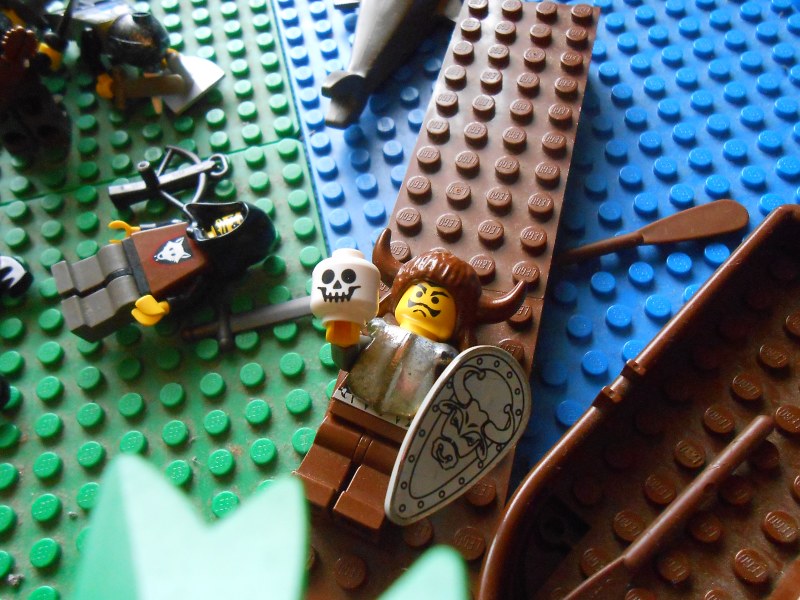 Despite surviving the damage the Shaman falls over and is Disrupted after getting hit by the Two-Handed weapon. 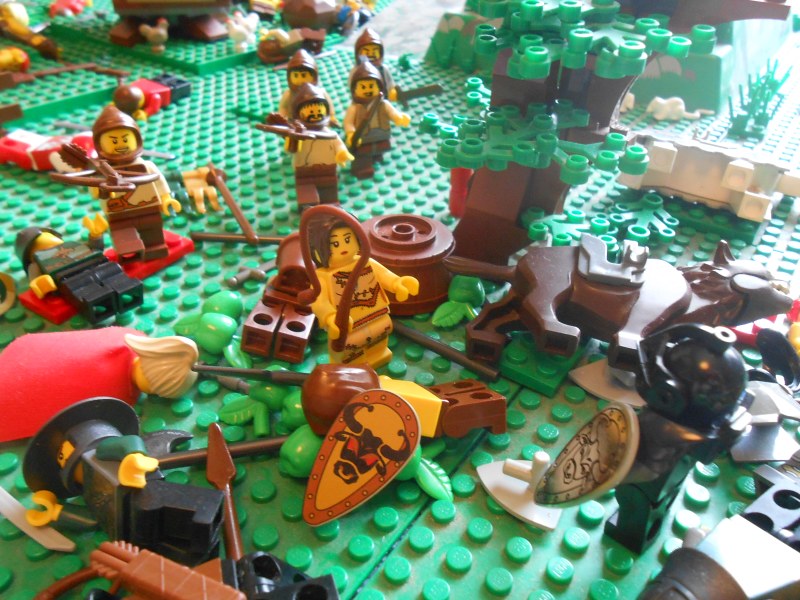 Valarius, his initial puzzlement over, realizes what these peasants attacking him are and addresses them: "We have a common enemy in the usurper Cales, but I have to claim this Artefakt for my people. Leave, and I will let you live, but come closer and I will butcher every last one of you." 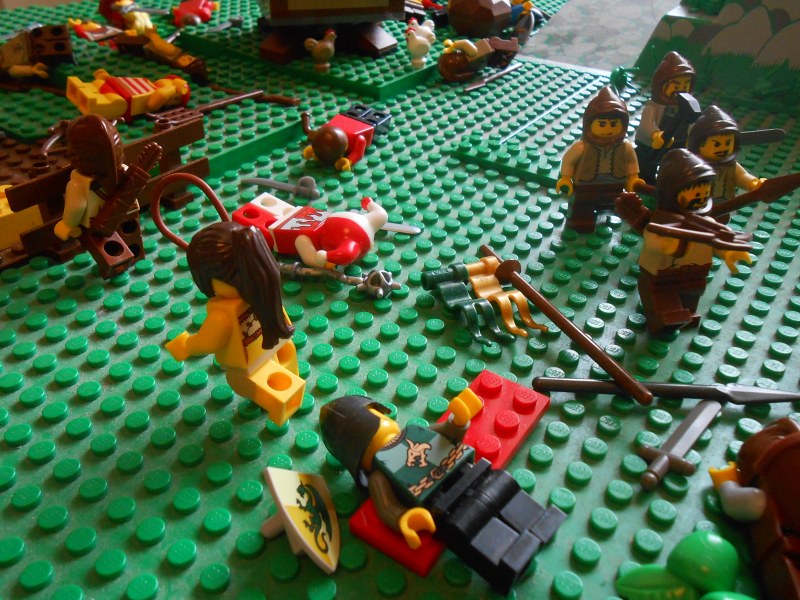 I roll 1d6 against each peasant's armour (or 'resolve') and two (the girlfriend and one of the crossbow rabble) turn and flee, while the others continue unimpeded. They never really liked the Bulls anyway. 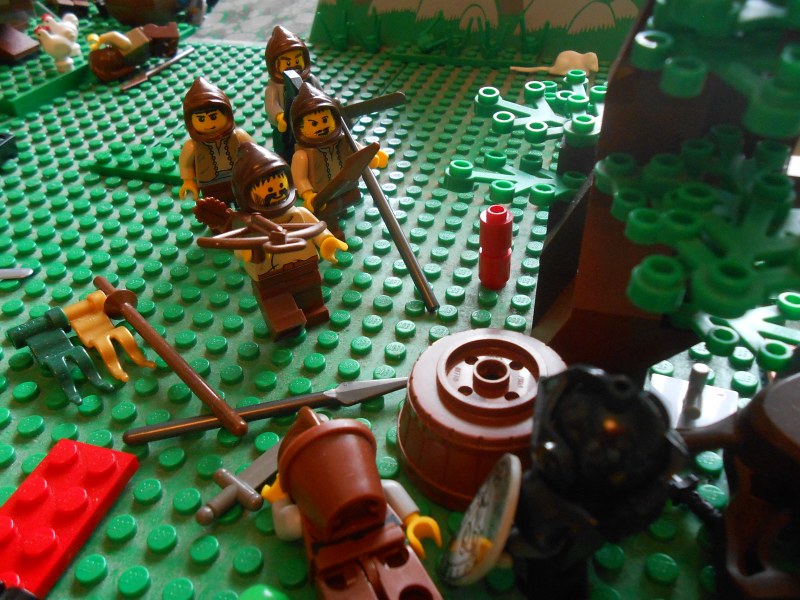 Valarius picks up a spear and throws it at the approaching peasants, hoping for some plowthrough damage, but instead rolls a pitiful '1' which knocks a peasant back slightly, but leaves him otherwise unharmed. 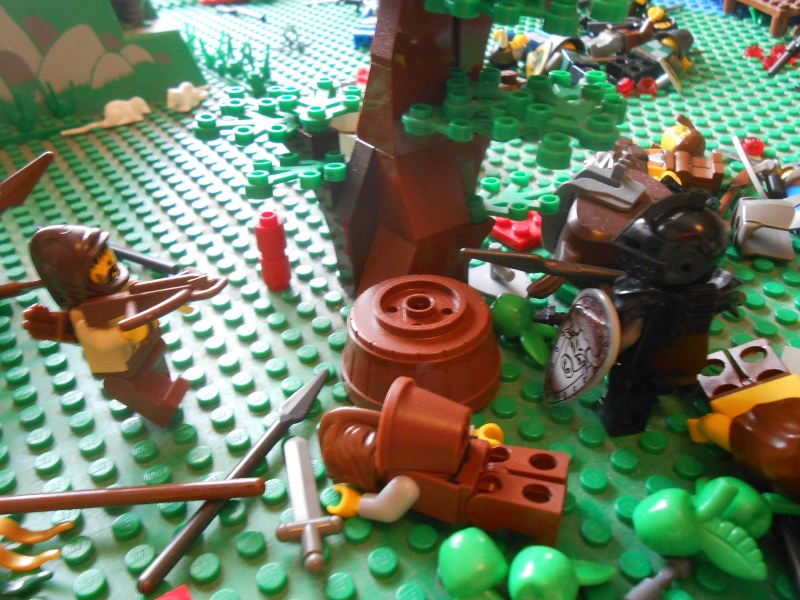 Muttering angrily to himself, Valarius then picks up another spear and prepares for the coming onslaught. 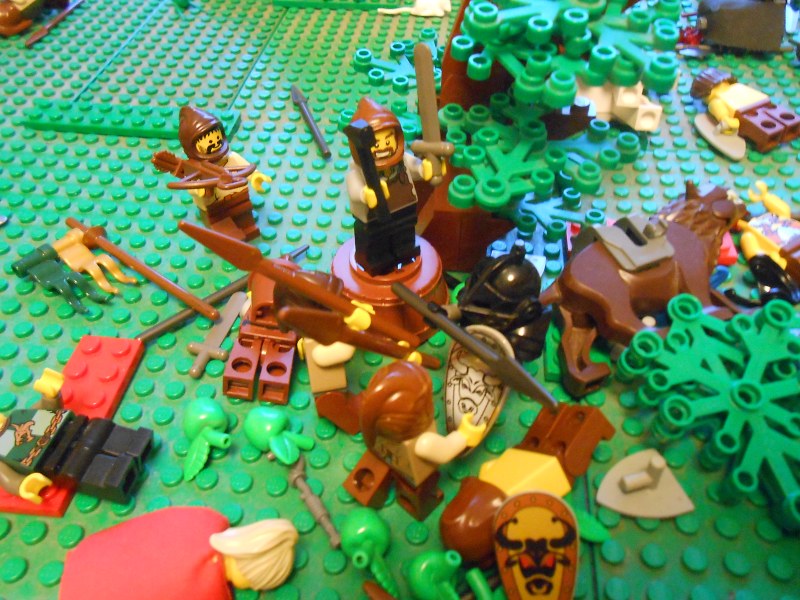 The peasants rush upon Valarius. 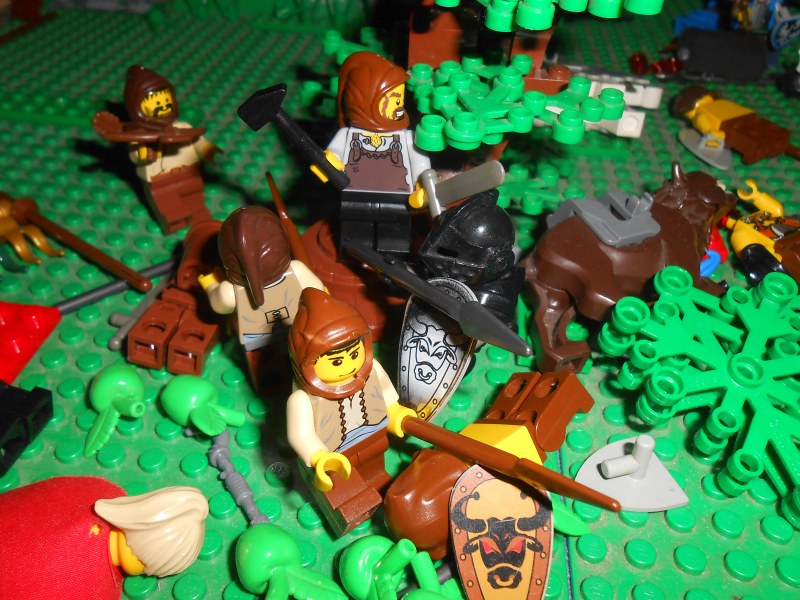 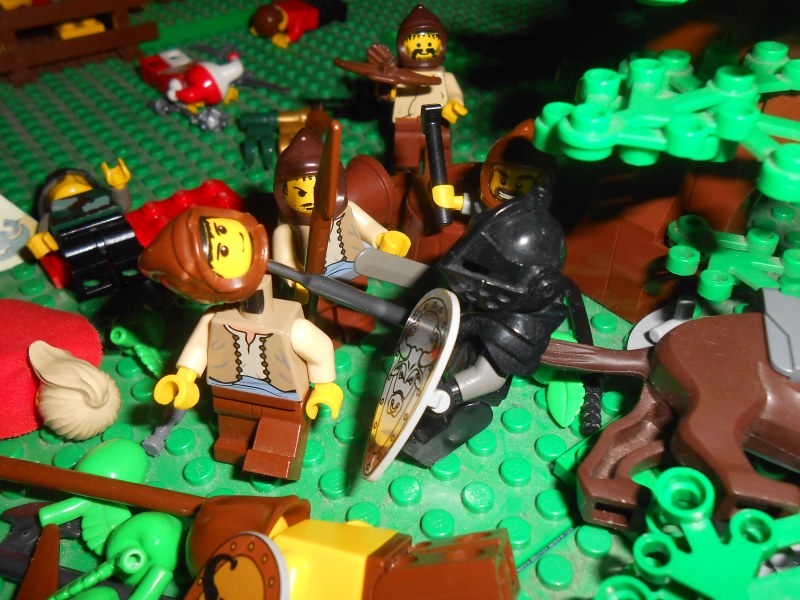 Valarius then rips a peasants' head clean off with a spear thrust.

"You chose this, fools!" 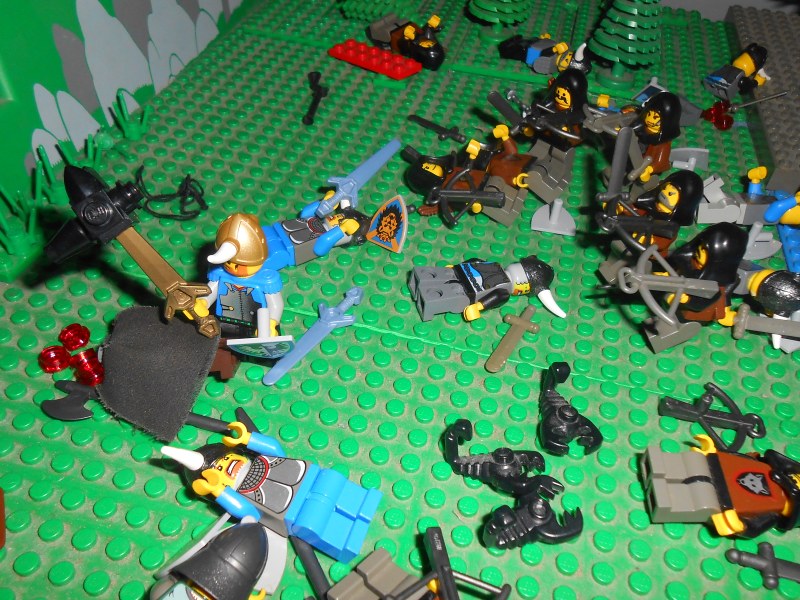 The rangers all shoot and hit the unsuspecting Fishstache, but still somehow fail to beat the armour (they equaled it). 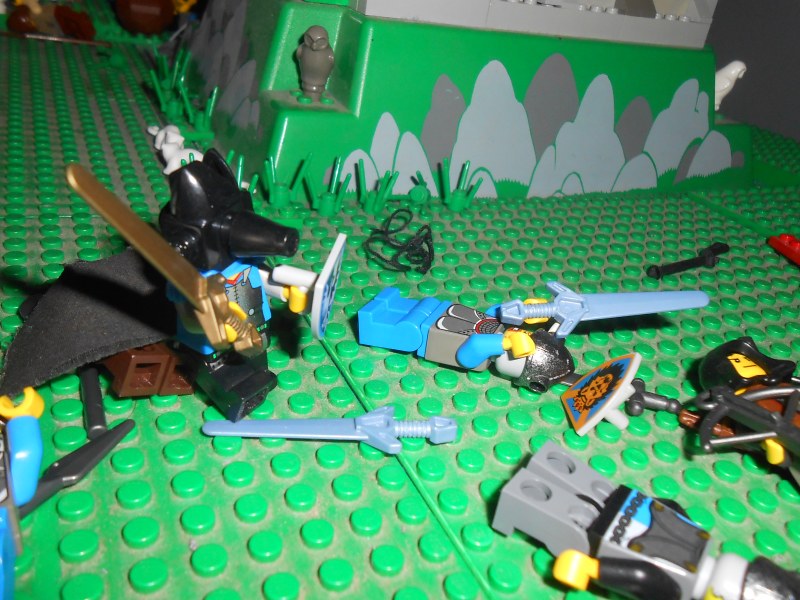 Fishstache dons Theblackwolf's pelt as a helmet and shouts at the Wolfpack rangers to obey his orders. "Shoot that shaman!" 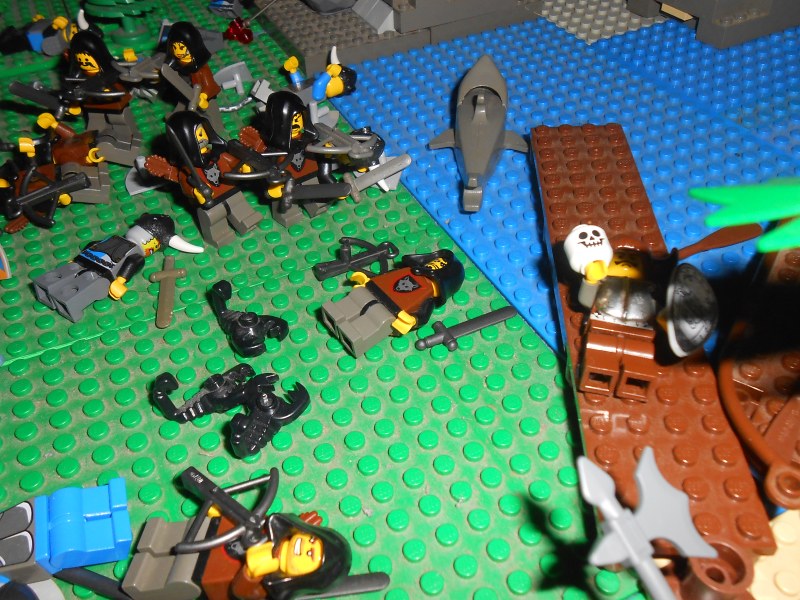 The deception works briefly and two rangers turn to shoot the shaman. They are good shots but their damage rolls once again only equal the armour. 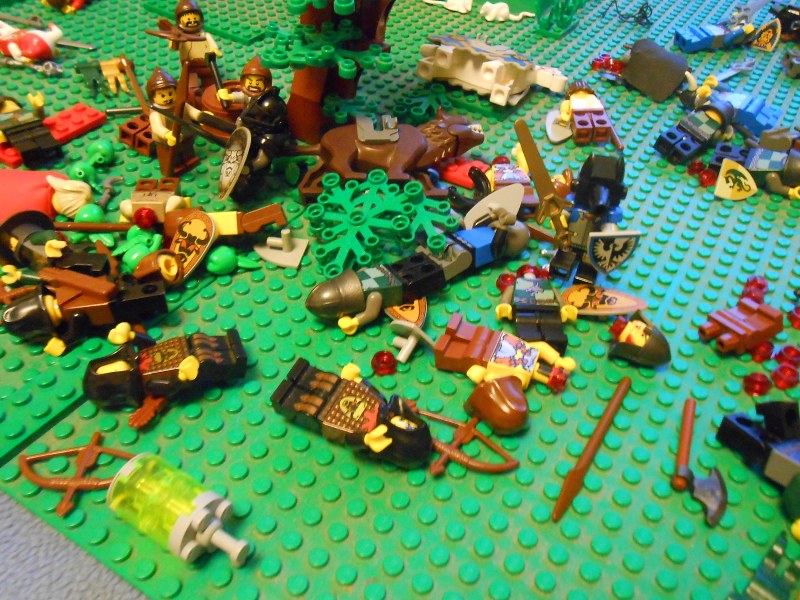 Fishstache then moves towards the Arktifakt. He's an unarmoured hero so he can move quite far. 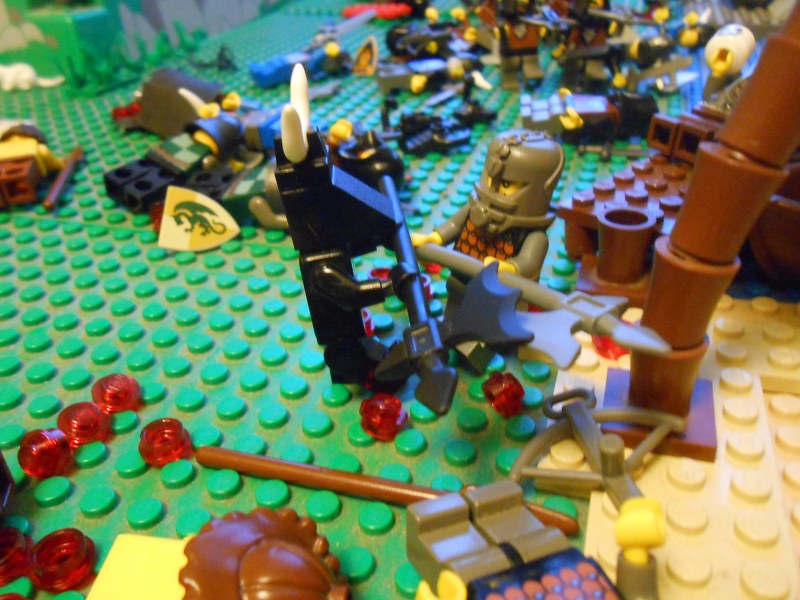 The raider attacks the Icon, who wisely blocks. 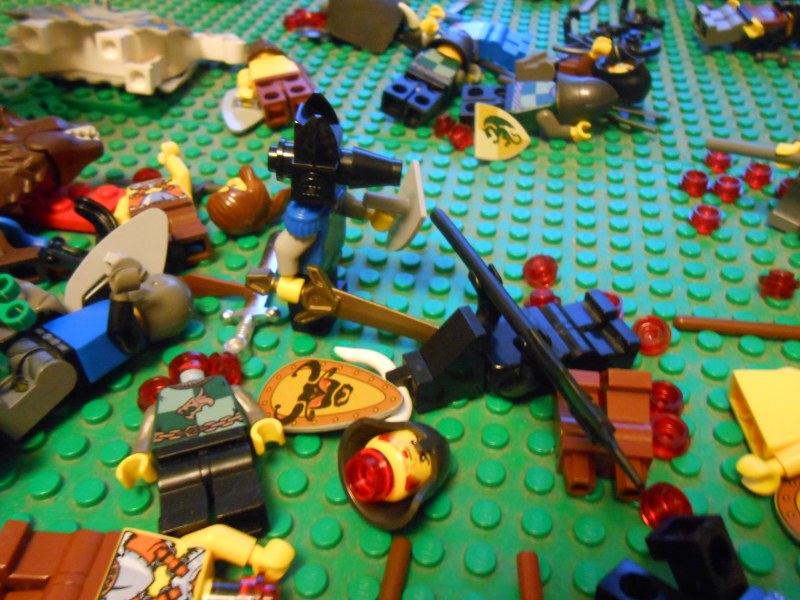 It falls backwards though, into Fishstache's reach. The Water Demon takes the attack of opportunity and strikes the Icon. Even the blessing armour die from the shaman can't save it. 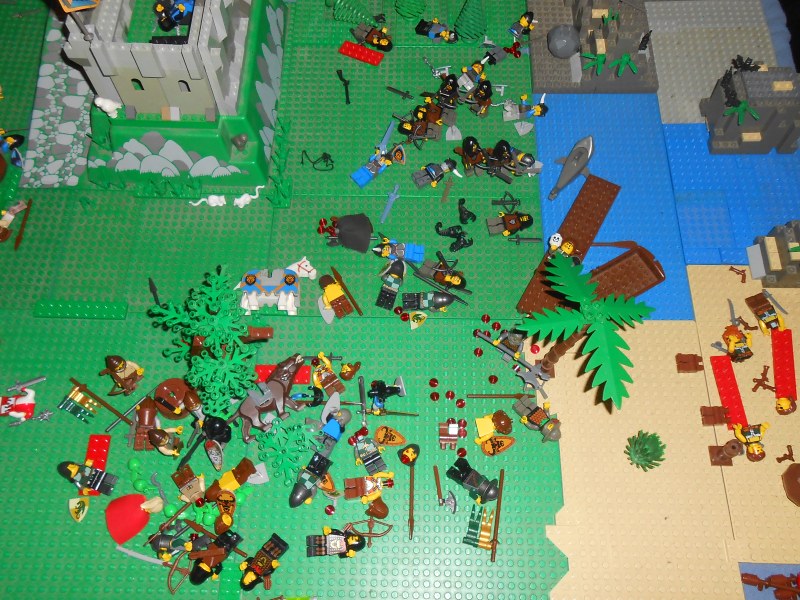