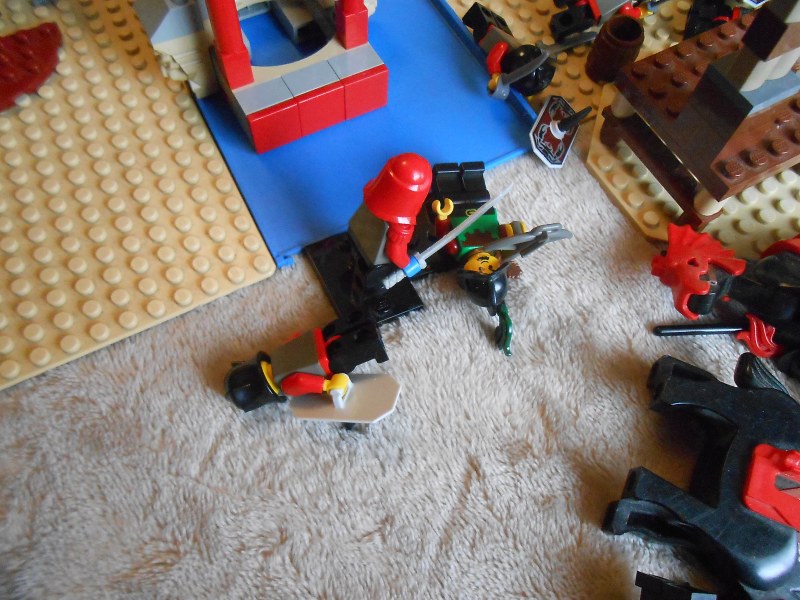 The enchanted guardian hacks down a forester. 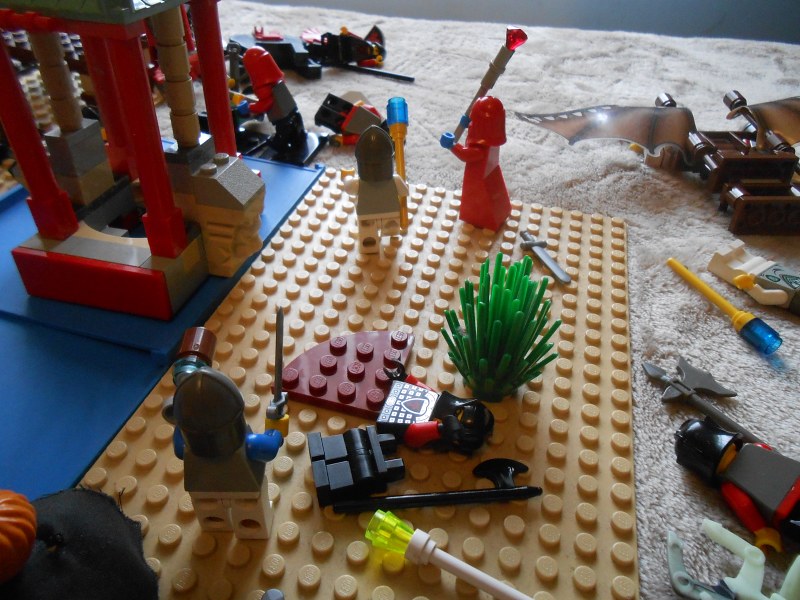 After dispatching the last desert leaper, the other mages move to join her. 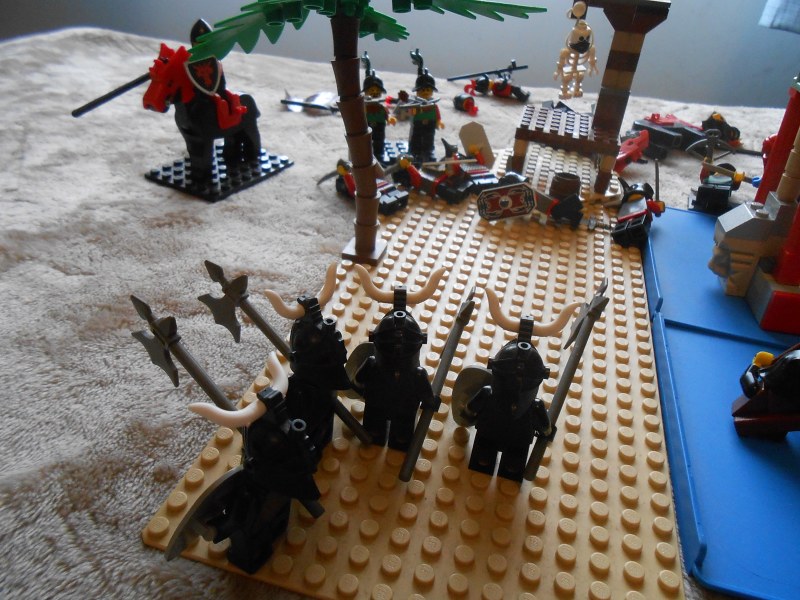 The phalanx splits in two to cover either flank. 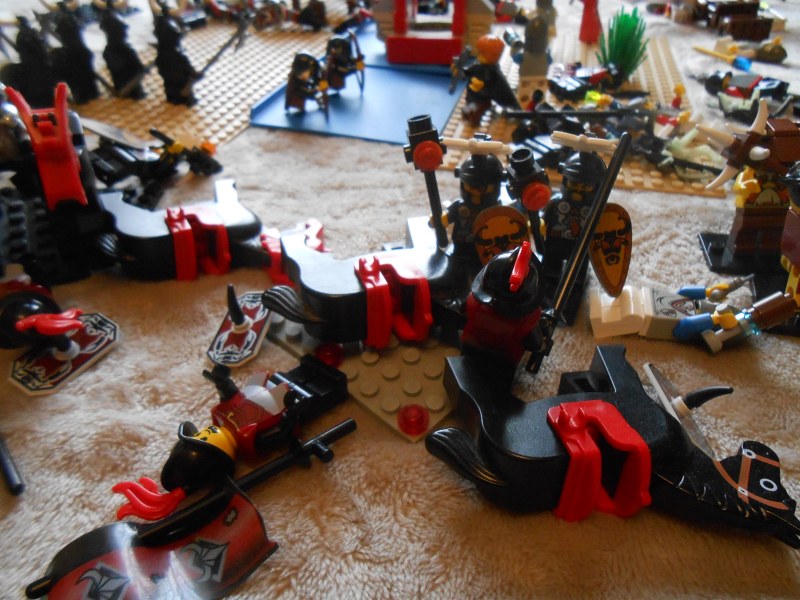 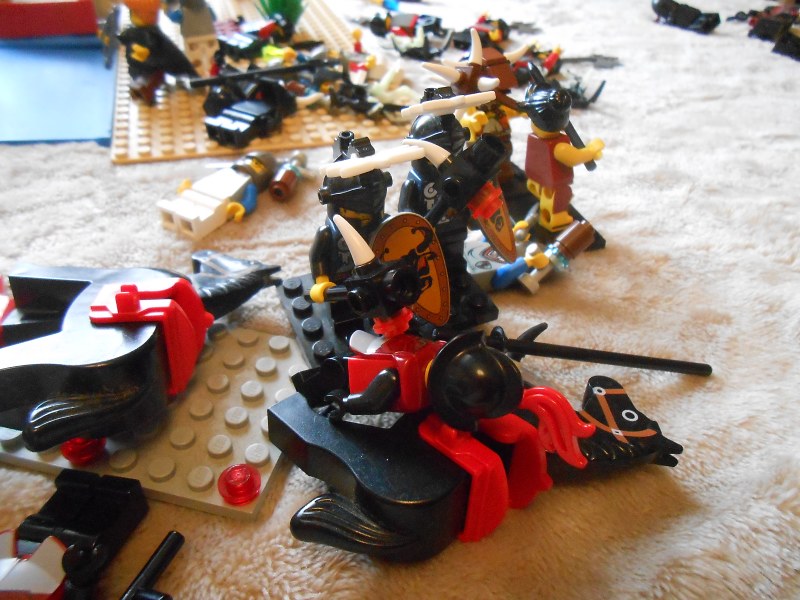 The other is smashed down. 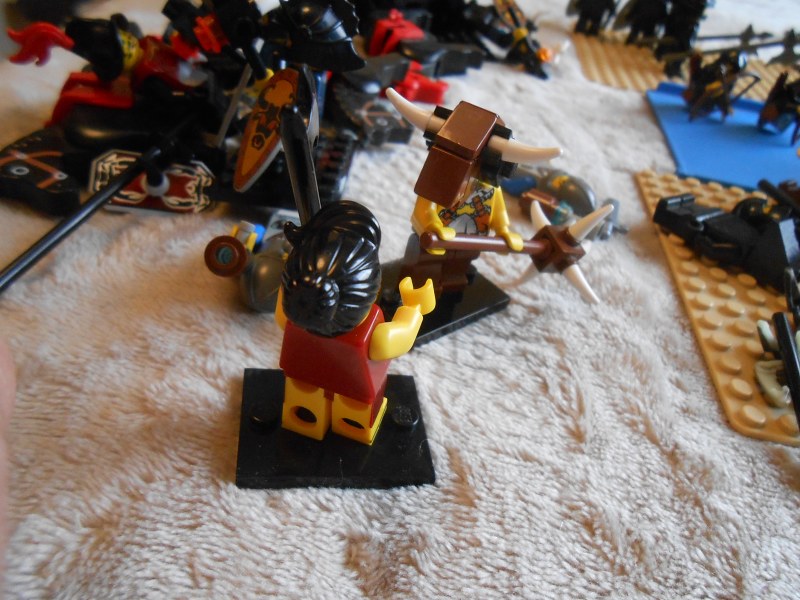 "You should not have hurt my racial sensibilities!" Nazlam bellows. 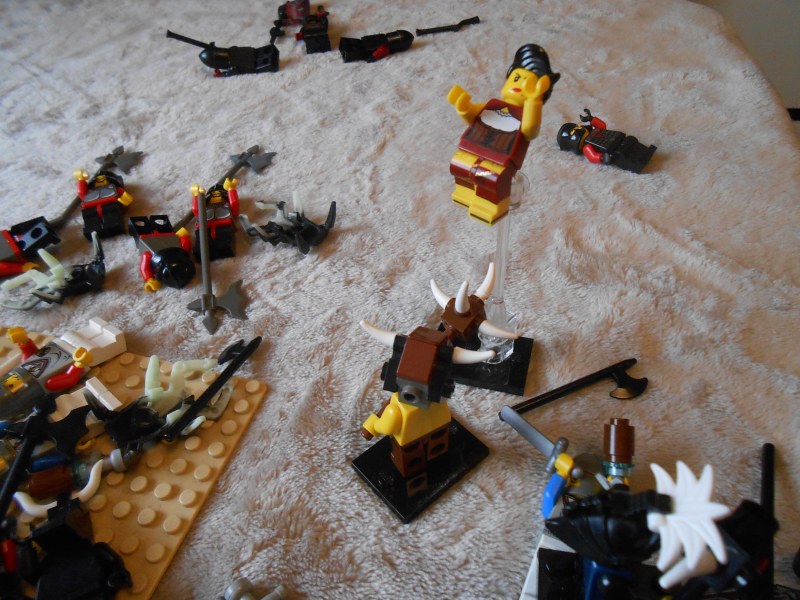 He hits Ximena so hard it knocks her out of her sandals and sends her flying (successful attack, failed parry and successful feat). 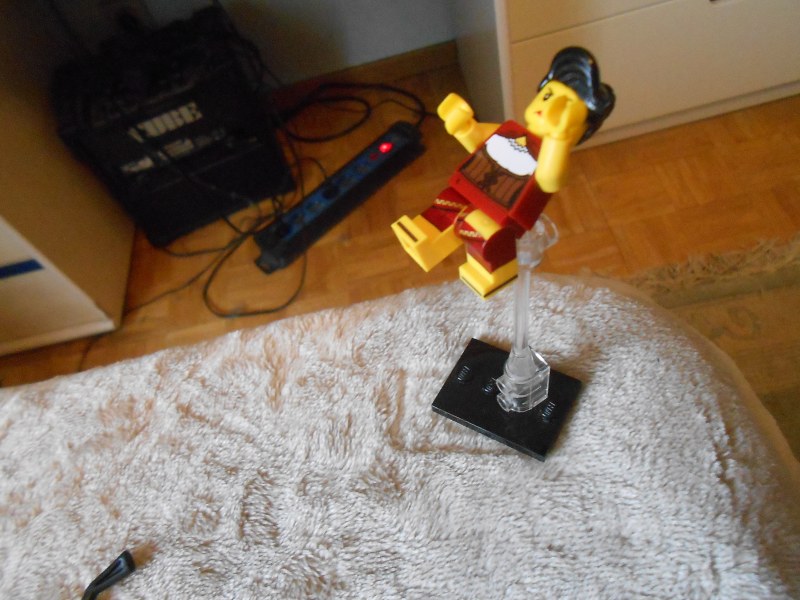 She is sent sailing far, far away... 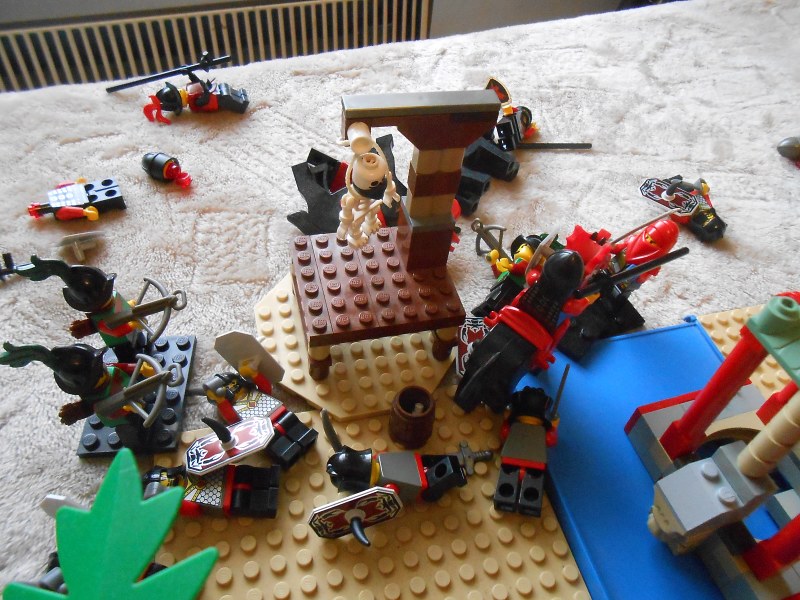 The foresters shoot at the enchanted guardian. Both hit, but one arrow is deflected. The lancer misses his attack on her. 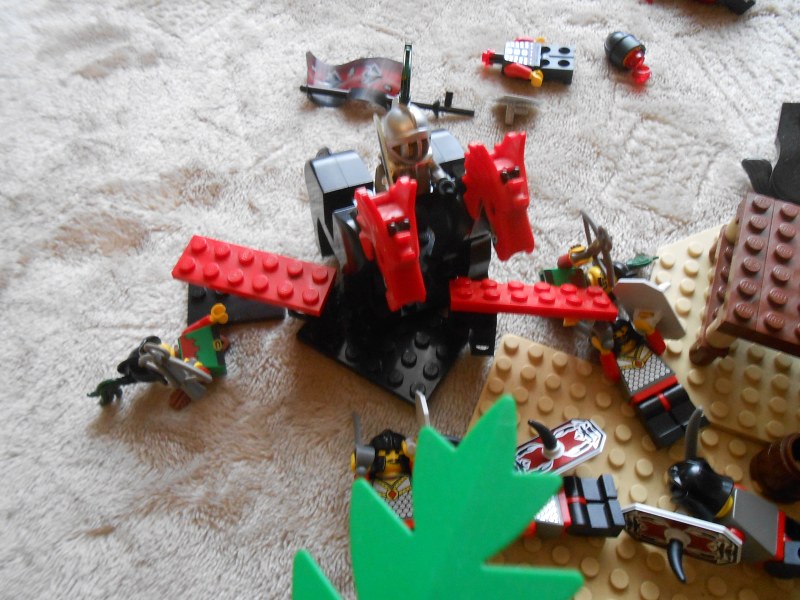 Godfrey zips over to the remaining foresters and has his horses perform a spinning kick, cutting both of them in half. 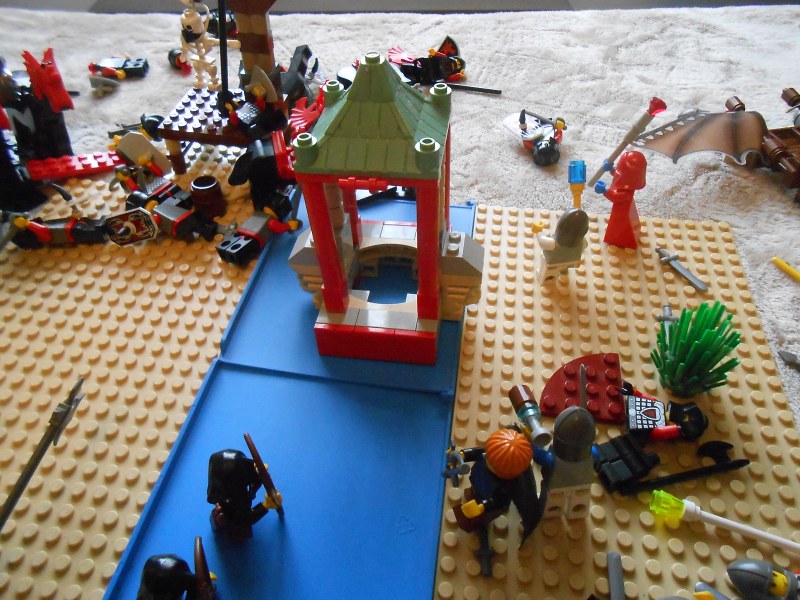 Rolys kills the last Falx on the field with an expertly aimed shot. 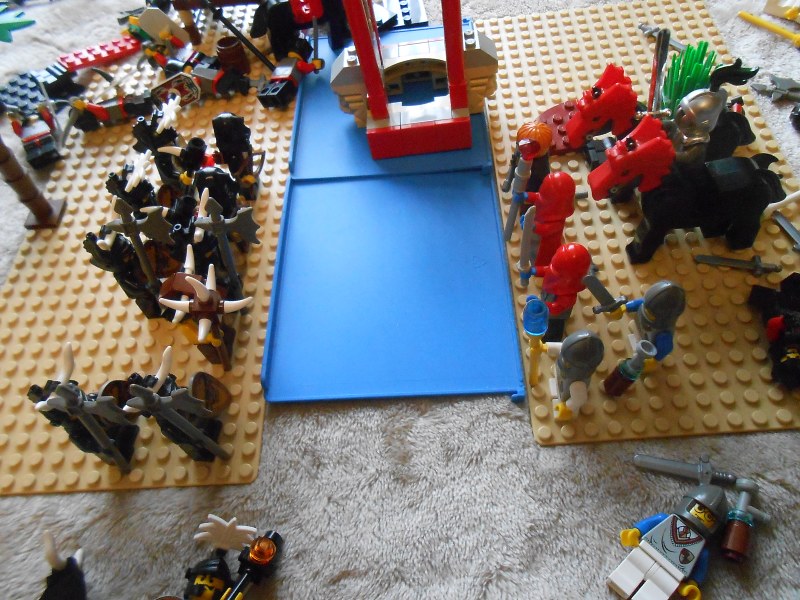 The survivors gather on either side of the oasis, the remaining tension between them made visible by the difficult terrain. The Magus Guild has evidently taken higher casualties and realize they can't afford more losses. Nazlam sees that there are powerful individuals on the other side of the oasis that could very easily compromise his mission here, or perhaps even wipe out his war band.

"Now tell us, what you are doing here, mages! You would hunt us this far?!" Nazlam says.

"We are not here for you. The Crimson Crusade's intent is to stop further Falx invasions into the kingdom, by any means necessary," the royal mage answers. 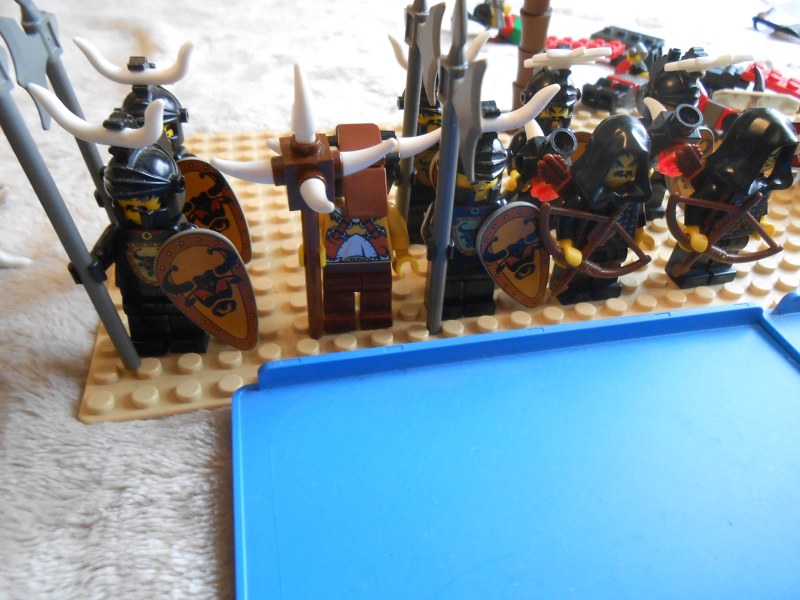 "I see... we will make a deal, then! Let us gather water from the oasis for our tribe, and we shall leave you in peace!" Nazlam says.

The Bulls and Crimson Crusade are victorious! However, not very far away... 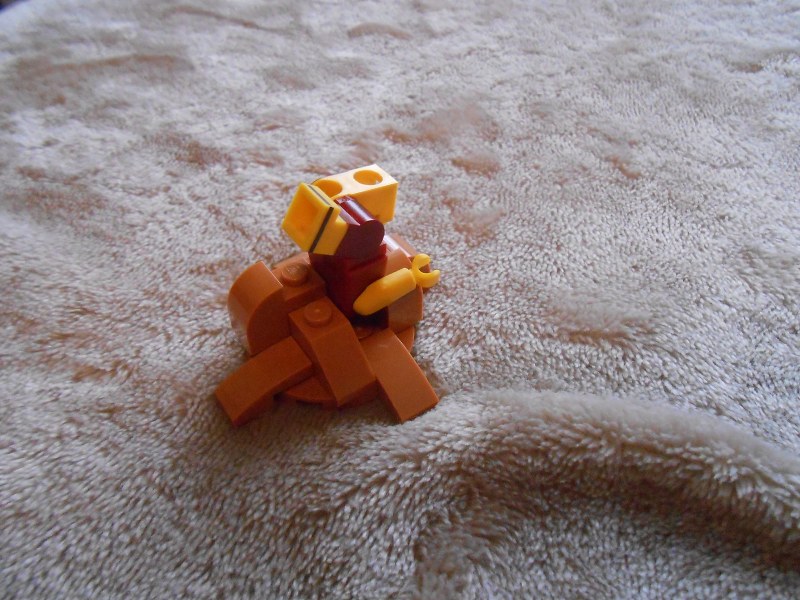 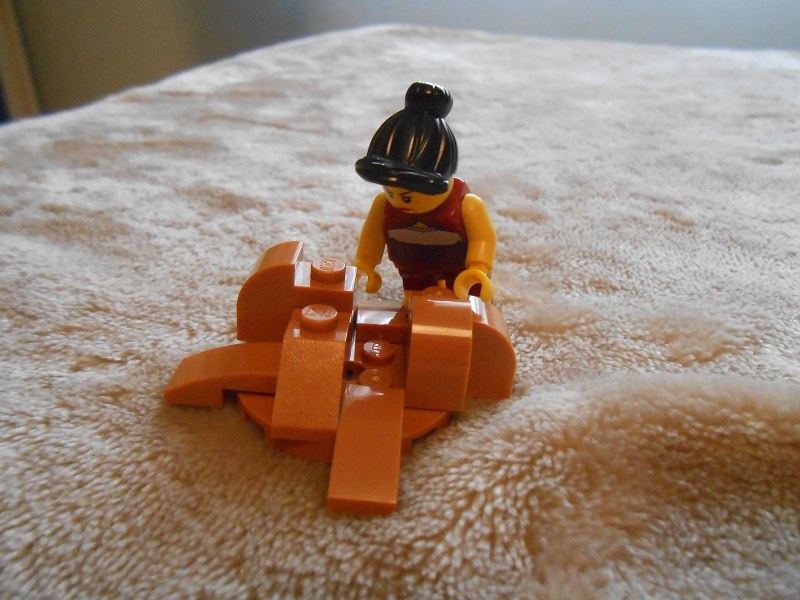 I tried to make the teams equal again, but I think I underestimated the Falx's spread out position and the royal mage's SN d10's. Of course, a couple different dice rolls, and it might have been a whole different story. In hindsight, I do think maybe I should've let the Falx go second, instead of third in the turn order.
Fantasy battles - Scifi battles

That was awesome, I have to admit. Watching Godfrey ride off on dual horses almost made me do a spit-take!

I'm just happy Nazlam finally managed to knock Ximena into next week! I'd wanted to do that the turn before, but got disrupted.

Love how you did the pose with her head stuck in the sand!

Tactically speaking, the Bulls are actually a fairly balanced force. The Phalanx are spectacular as a defensive unit, blocking arrows and taking out anyone who tries to attack them. Ambushers are a decent ranged unit, able to lend support where needed. Those Bull Elites were a solid, dependable offensive unit. The Lesser Icons of the Bull God were... okay. Never really got to play with them, since they basically soaked up damage for a round and died.
Top

Awesome battle everyone, good game all! I think the teams were fairly balanced actually, although I do realize now the importance of turn order. There goes the Falx's one game winning streak however.

The Republic will have its revenge!
Formerly known as TheVengefulOne. Times banned by Natalya: 10 (+ 1 alt).

Yeah, Godfrey made up for Droe getting killed instantly.

Craigallot wrote:Yeah, Godfrey made up for Droe getting killed instantly.

NO!THERE ARE NO POLAR BEARS IN FINLAND!!!