Lost and Found (Round 1)

Lost and Found (Round 1) 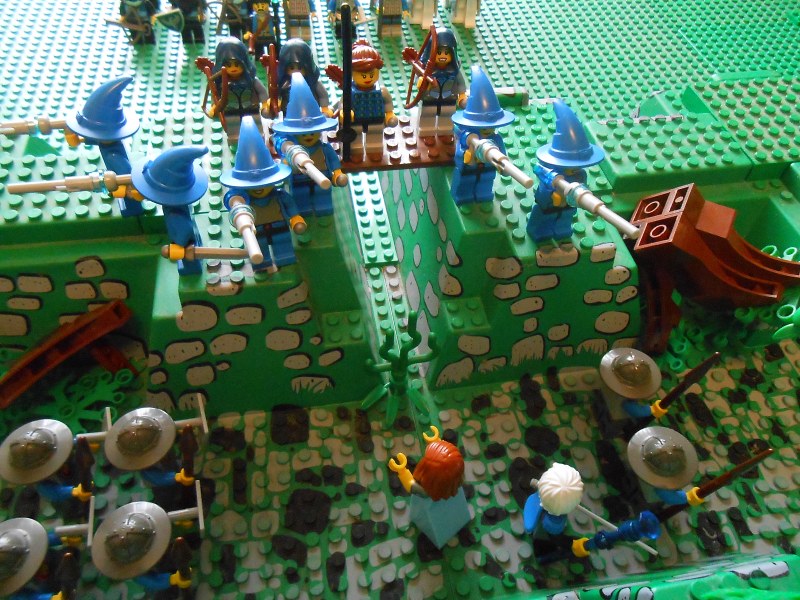 The High Magister (who from now on shall be called 'Scarlett Silverlight' - thanks for the suggestion but I wanted a somewhat original, glamorous, larger than life kinda name

) levitates her magi on top of the cliff. 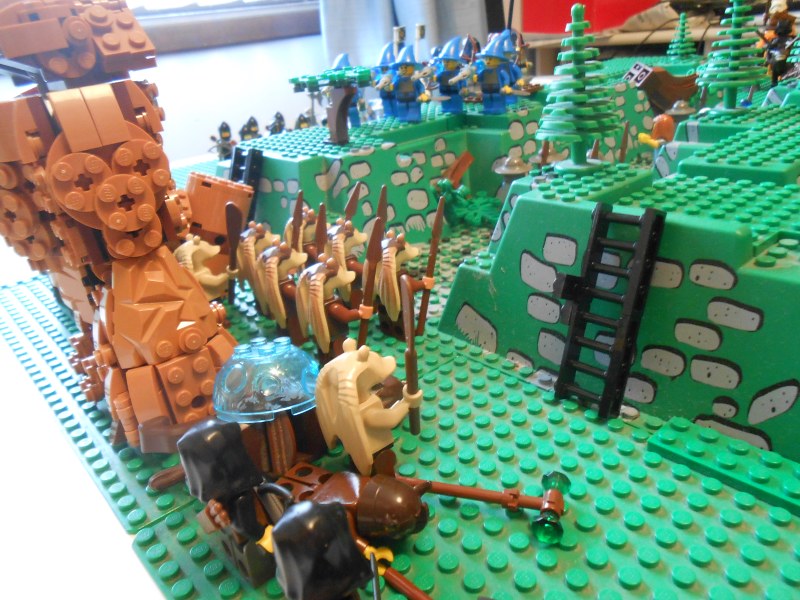 The earthshaker and his wolf are gunned down by the mana rifles. The staff with the SN dice is now up for grabs. 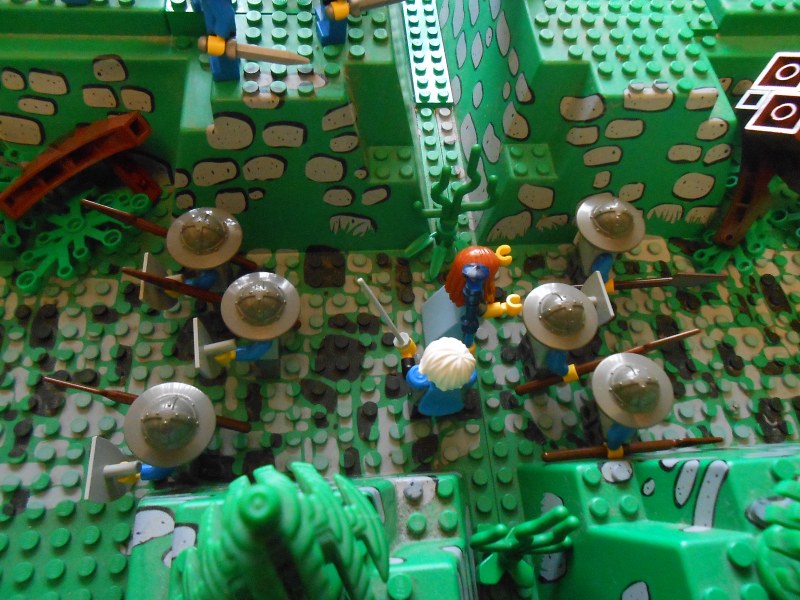 Guardsmen move to protect either side and prepare responses. Kyra Kath'remar (the Mage-General

) keeps a close eye on Scarlett. 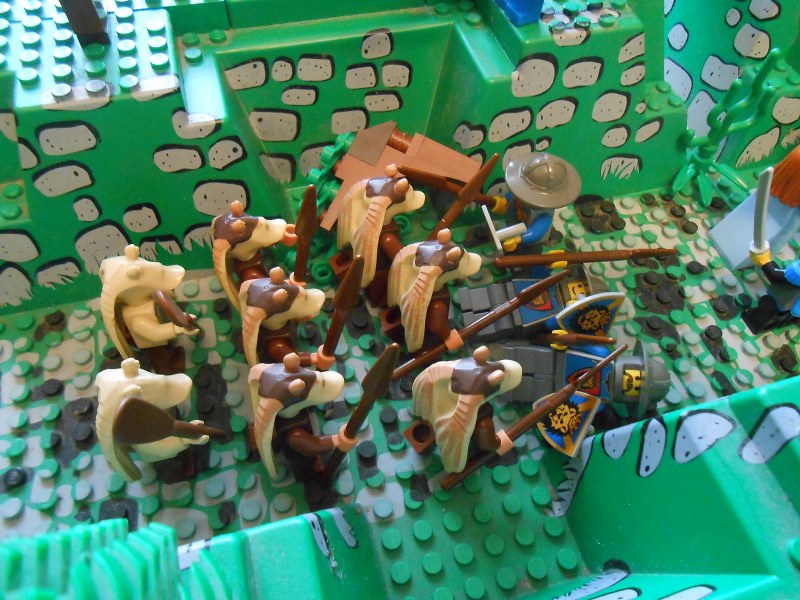 The Jaw-Jaws use their SN dice to bless two of the dungan warriors (meaning they roll two action dice, and the highest roll counts). The dungans charge, and, due to some very poor rolls, the guardsmen don't get even a single hit back as two of them are skewered. 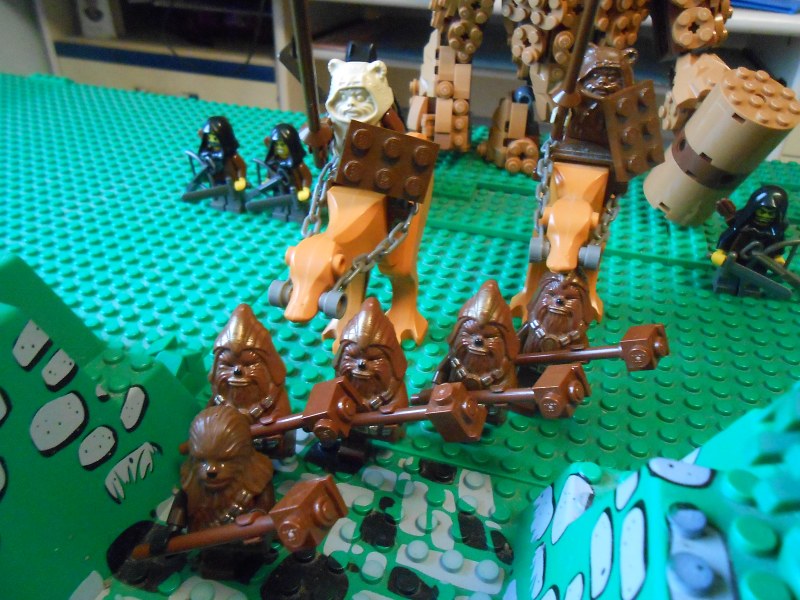 The werebears start to run as well. (Their cavalry makes me lol every time I see them now after Scribonius pointed out how ridiculous they look 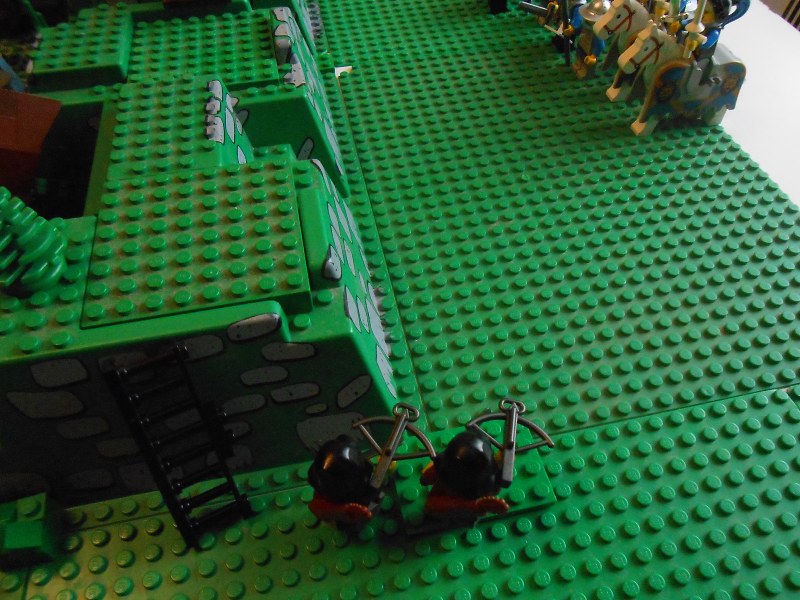 Wolfpack rangers move into position and prepare to fire on either side. 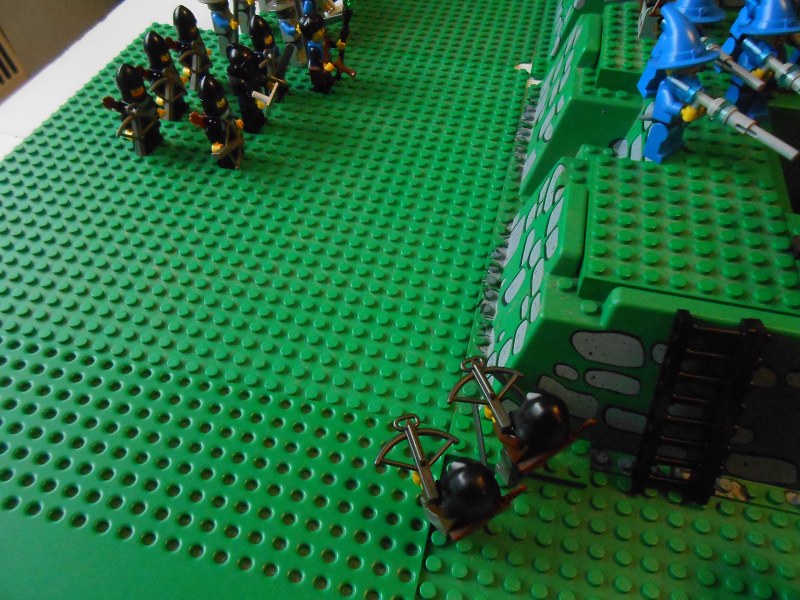 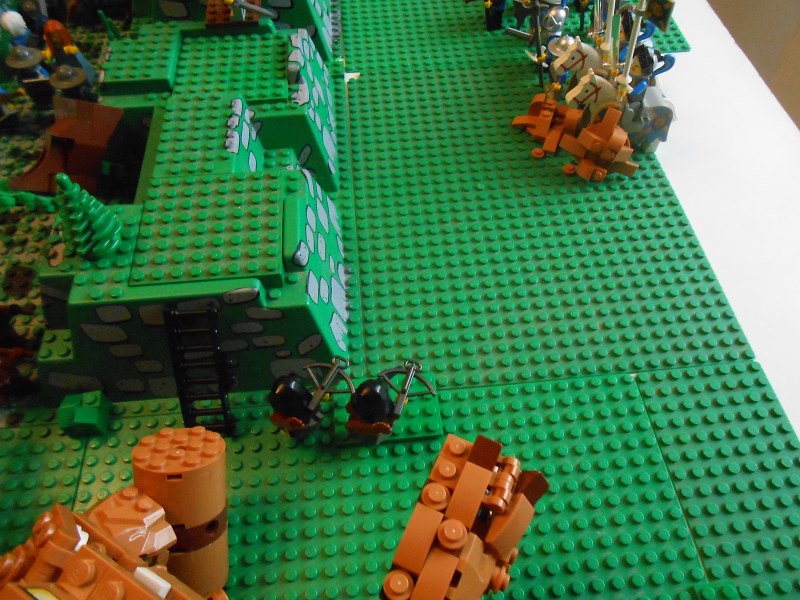 One Great Mighty Poo shoots two poo-splosions at the bodyguards. They are splattered in poo but otherwise unharmed. 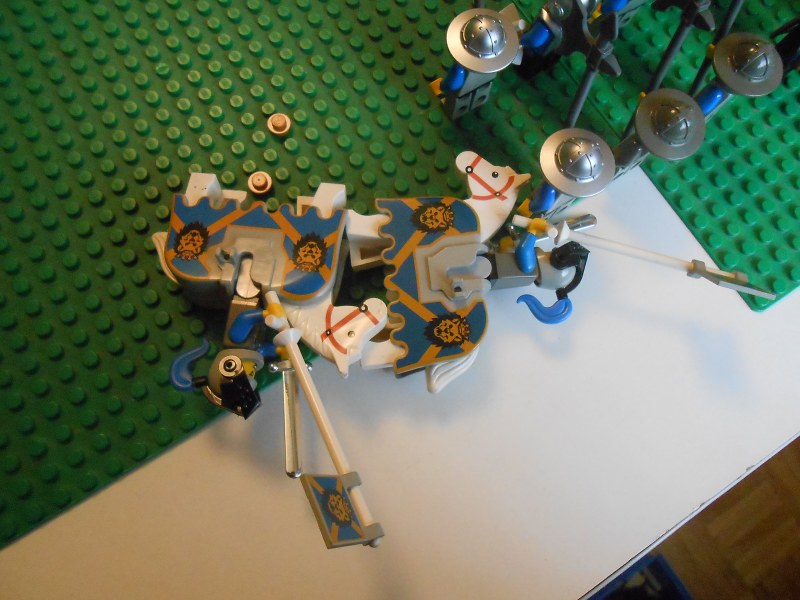 They do get knocked over by the impact, or maybe they just fainted from the stench. (This is where I realized I should have named this battle 'In Deep Shit'.) 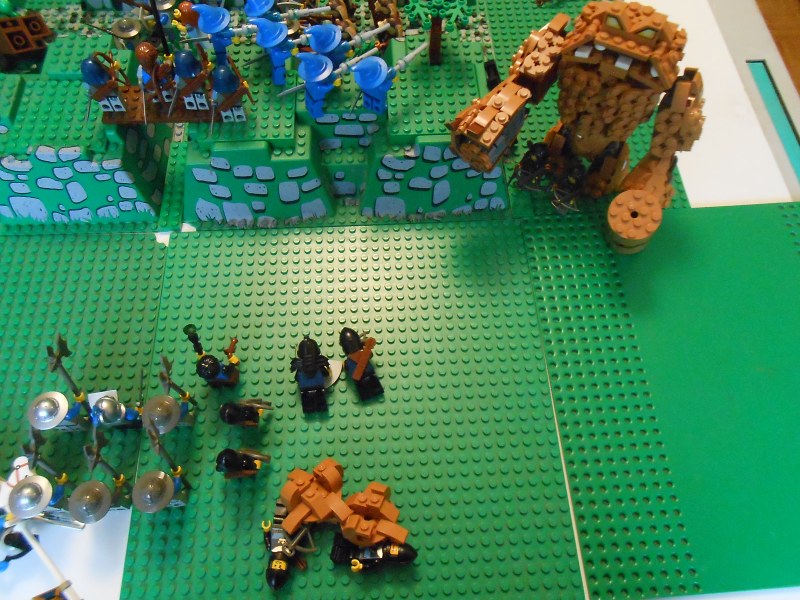 TGMP on the other side is more lucky, shooting and killing two urban guard and knocking two of them forward. 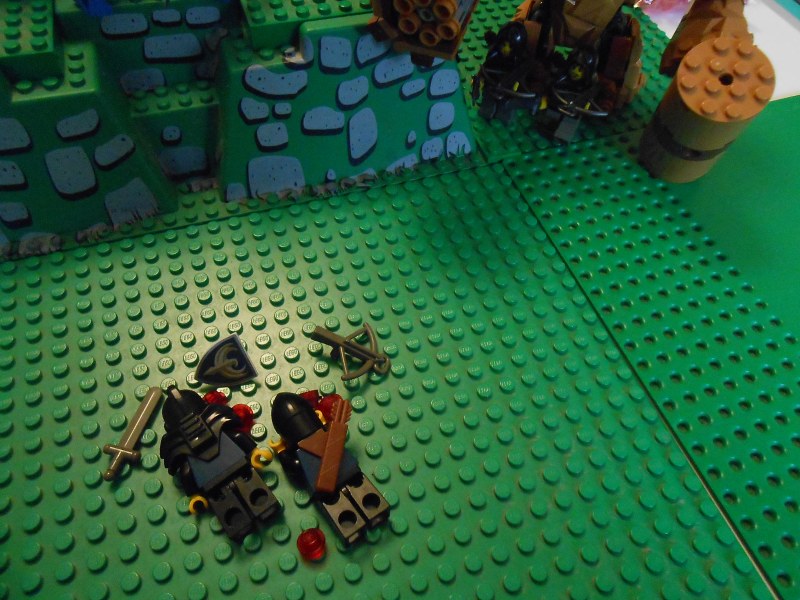 It knocks the urban guard and their officer close enough to the waiting wolfpack rangers to convince them to fire. Plowthrough damage kills them both. 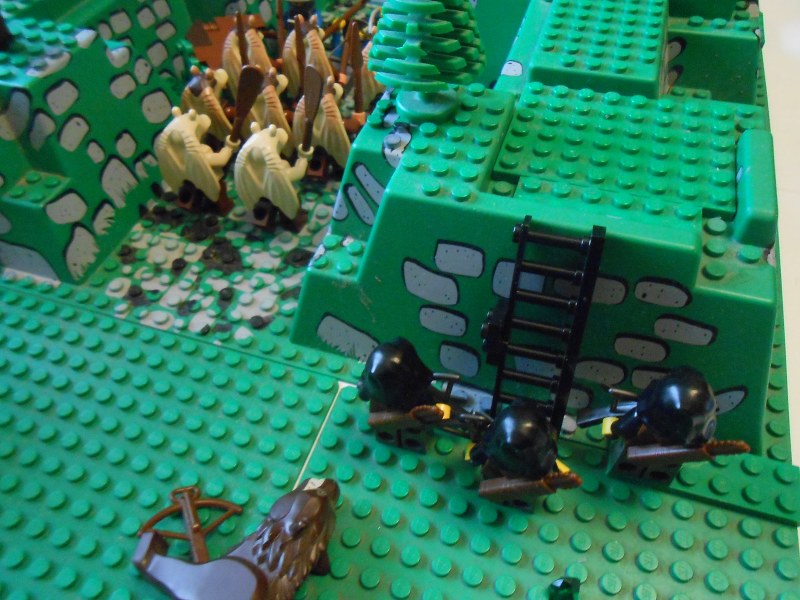 Wolfpack rangers prepare to scale the slopes on either side. 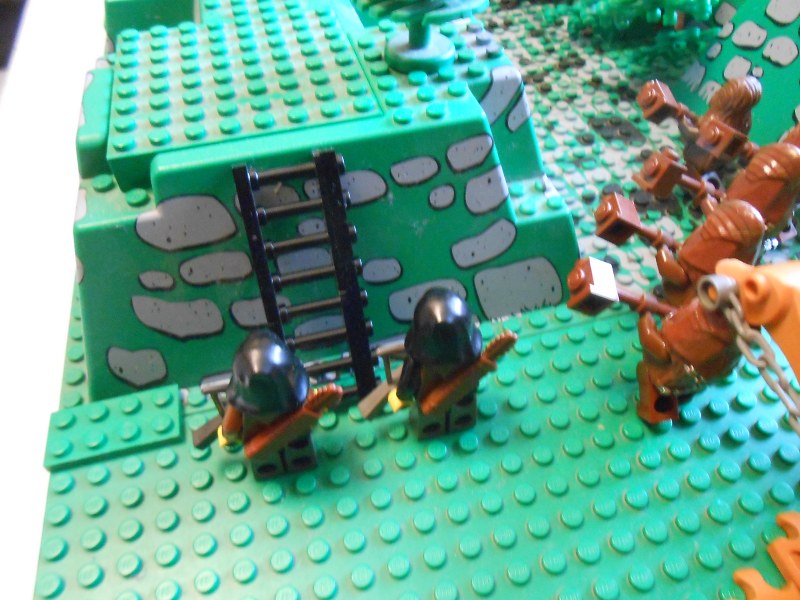 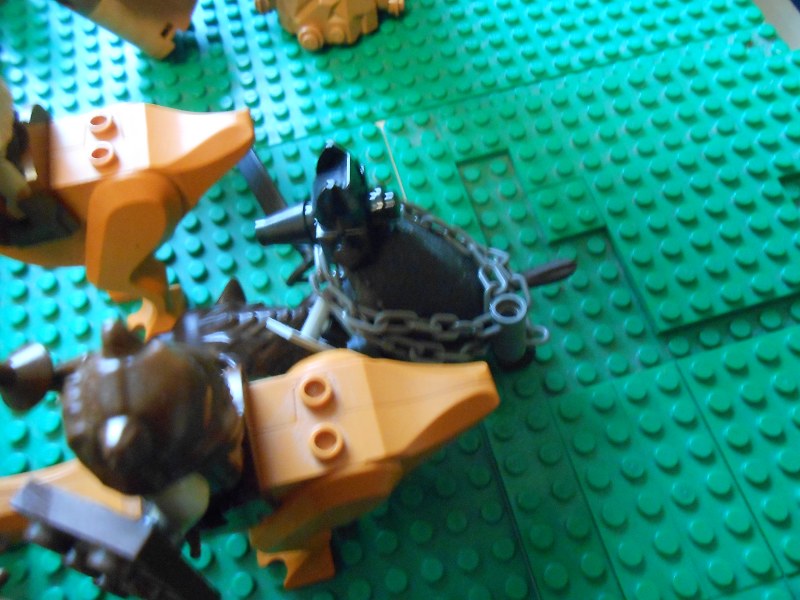 Theblackwolf combines the Kaadu's chains into a sort of net (luckily without upsetting the beasts) and slings it over his shoulder for later use. I wonder what he intends to do with it. 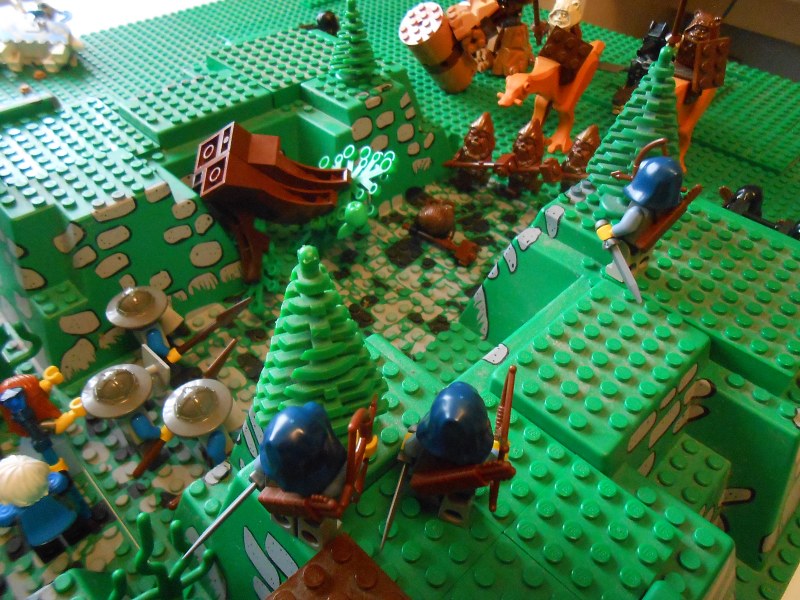 Rangers open fire on the werebears. One is killed. 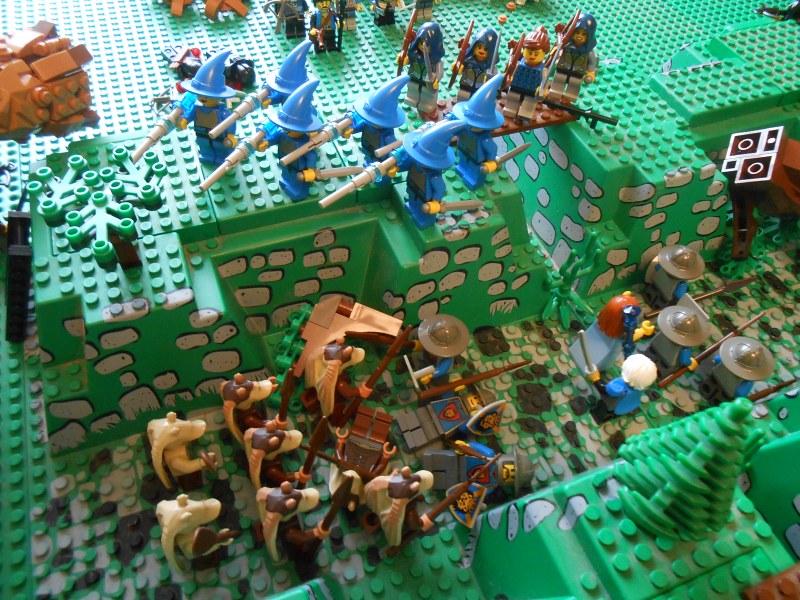 Lyra and her rangers open fire on the dungans, but only kill one. 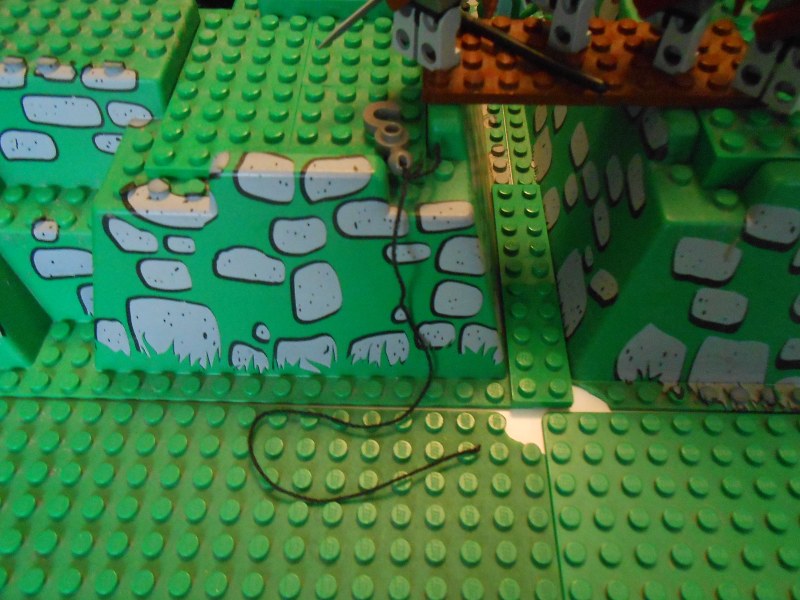 Lyra then throws down a rope that can be used to scale up or down the slope. 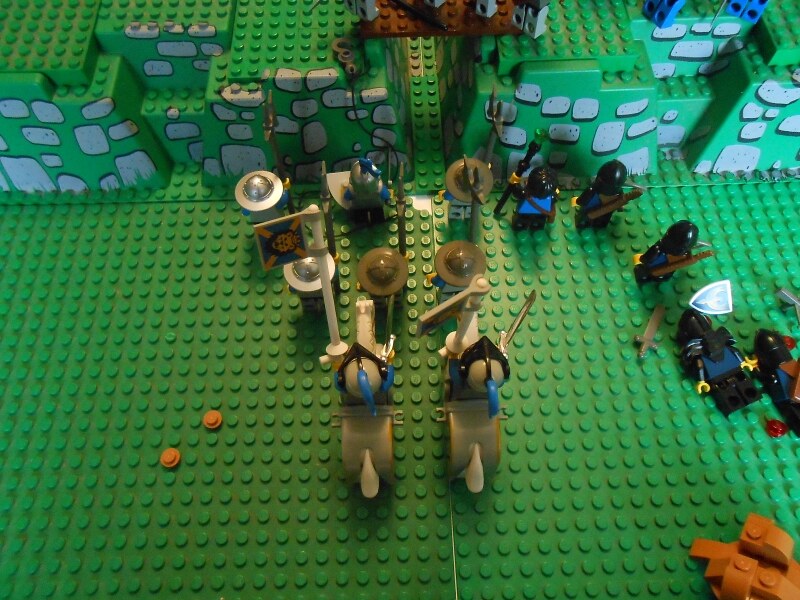 Tatters and the imperial elite move up. Tatters tries to summon a ladder. 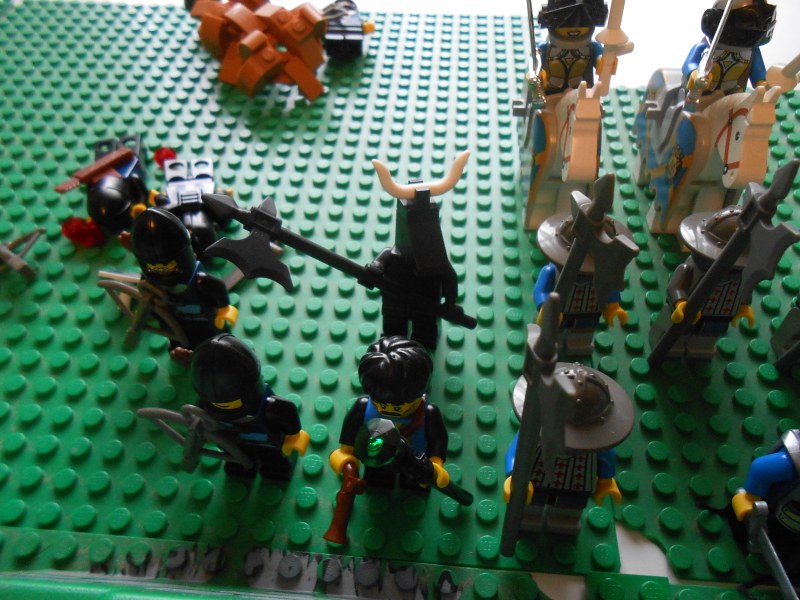 However, the d12 betrays him and summons an angry Bull icon instead! 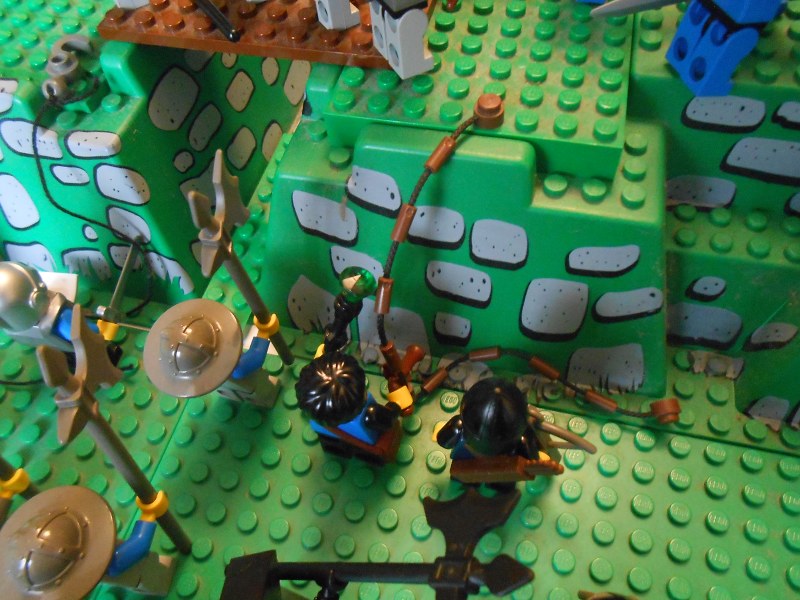 Tatters does find a rope for himself to use, however. 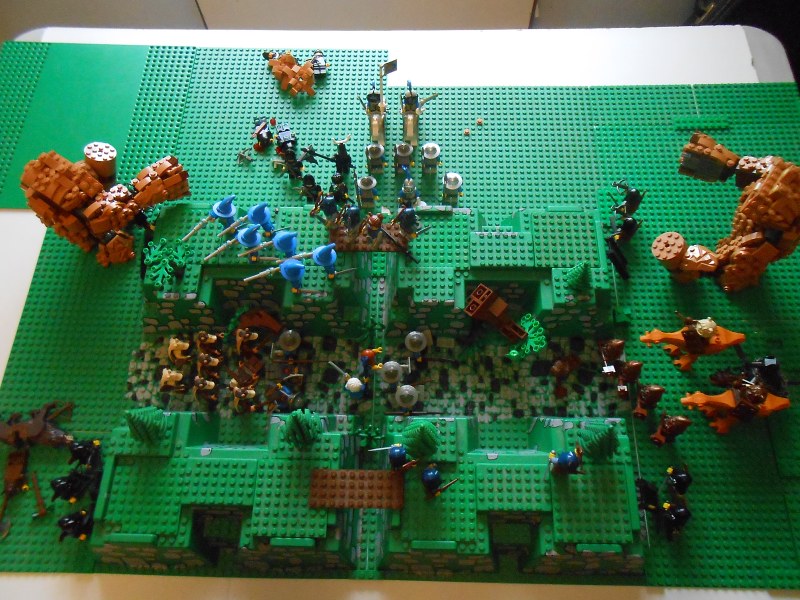