Lost and Found (Round 2)

Lost and Found (Round 2)

I've started work again and will probably resolve rounds on a weekly basis from now on. 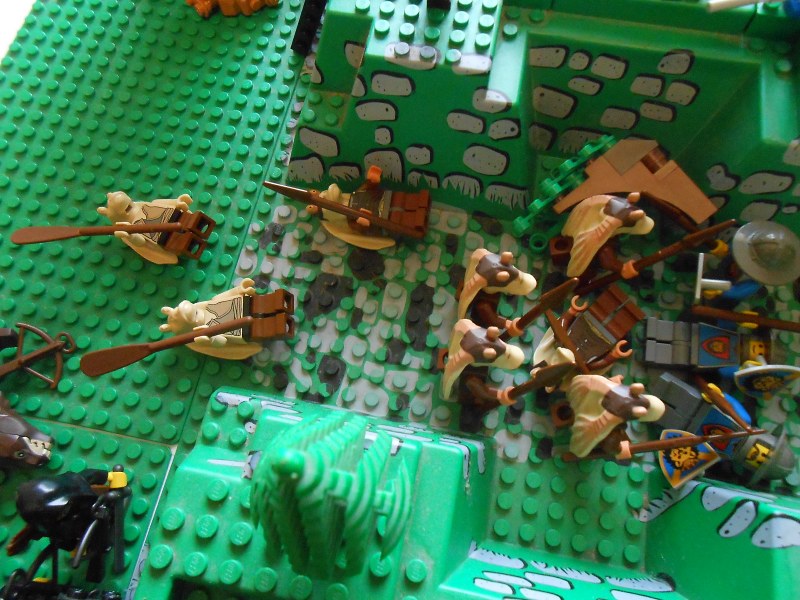 Scarlett knocks the dungans back with a wind blast. Some manage to stand their ground. 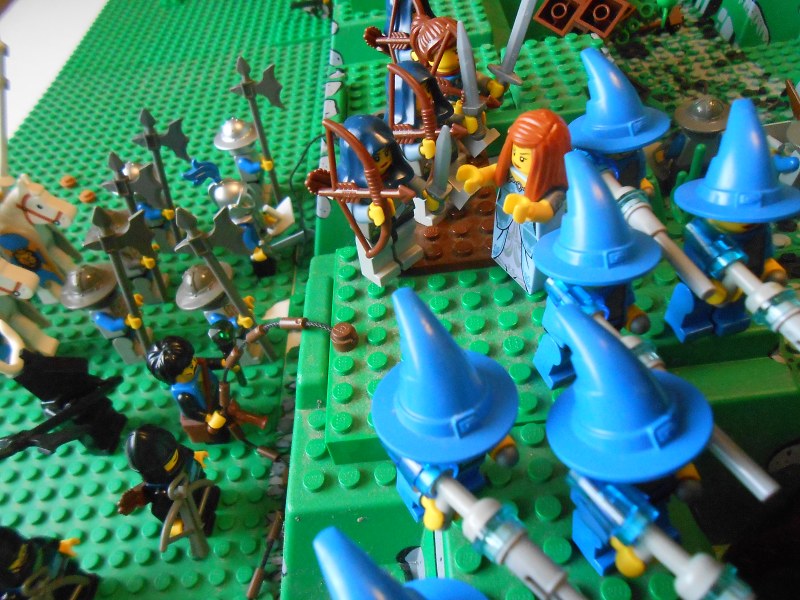 She then levitates herself on top of the slope. 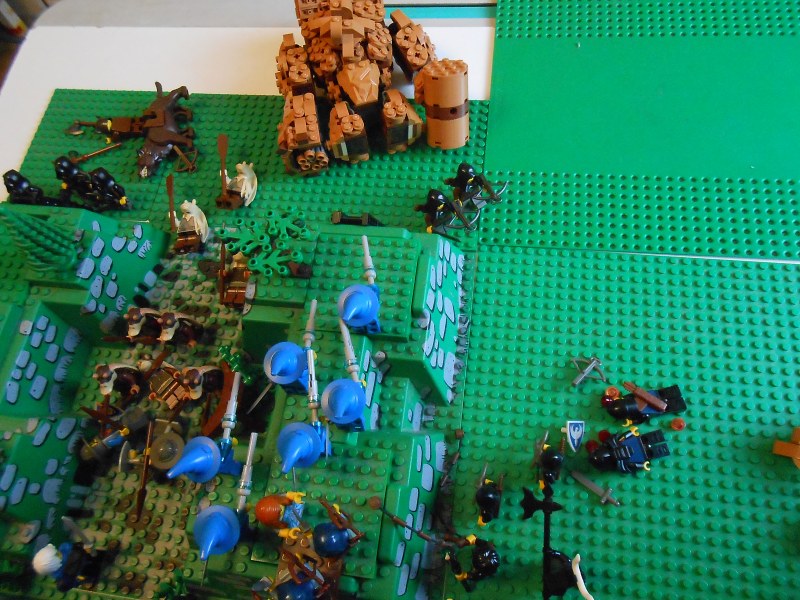 Magi combine fire on the Great Mighty Poo. The magic shots are not so easily absorbed, and the creature is torn asunder. 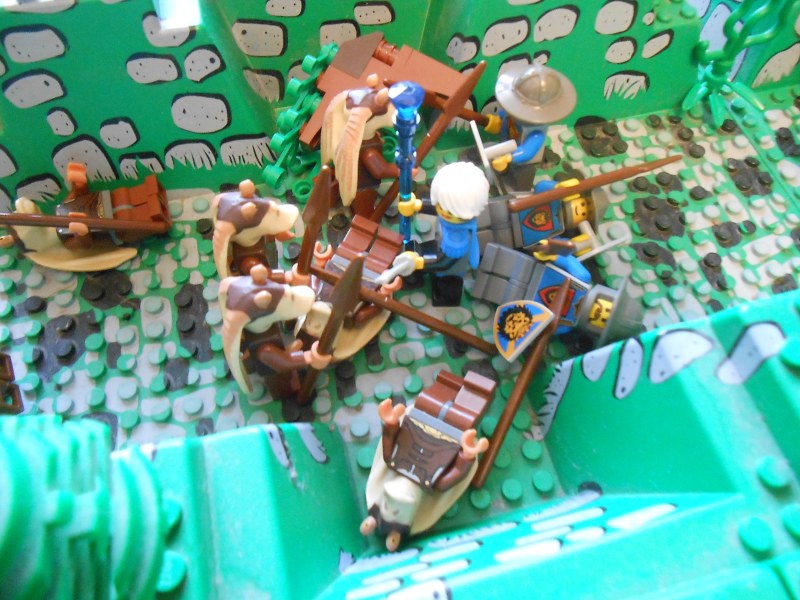 Kyra does a spinning attack that hits two dungans but only kills one. The guardsman hits but doesn't do enough damage. 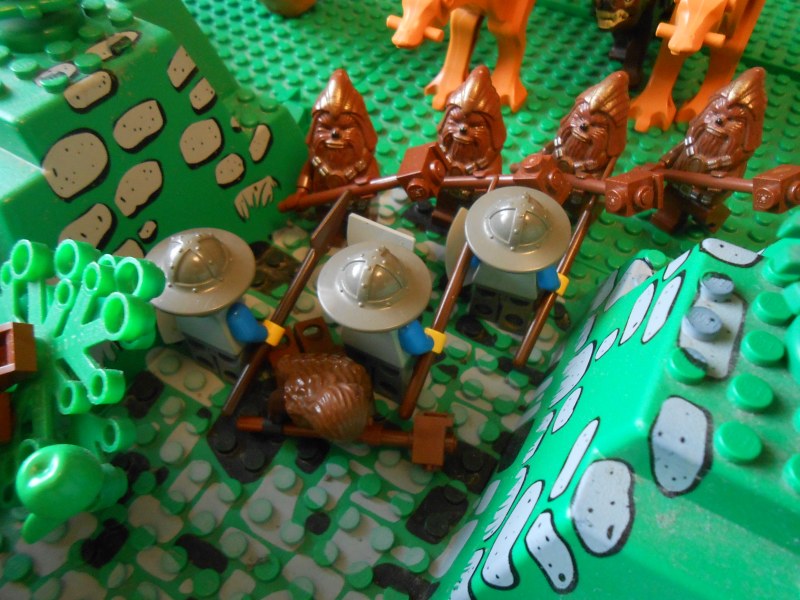 Guardsmen charge the werebears, who still have an action... 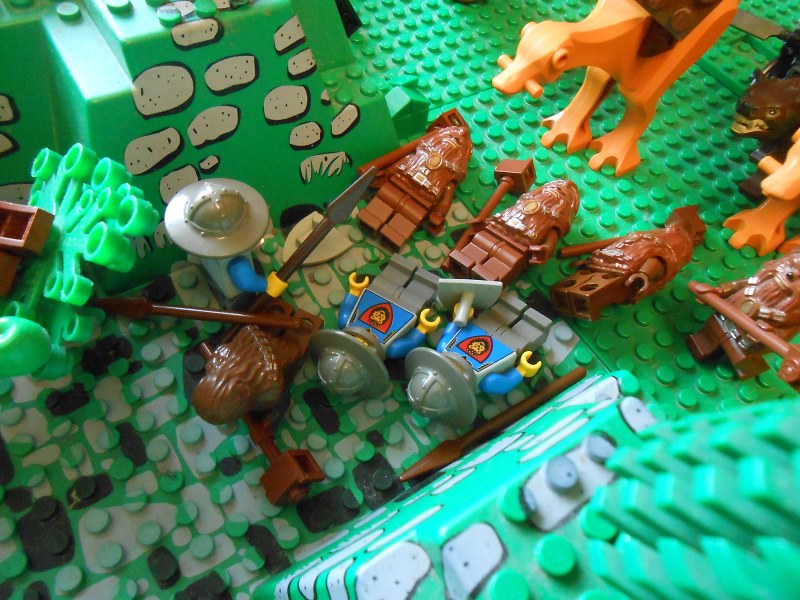 The result of the clash is three dead werebears and two dead guardsmen. 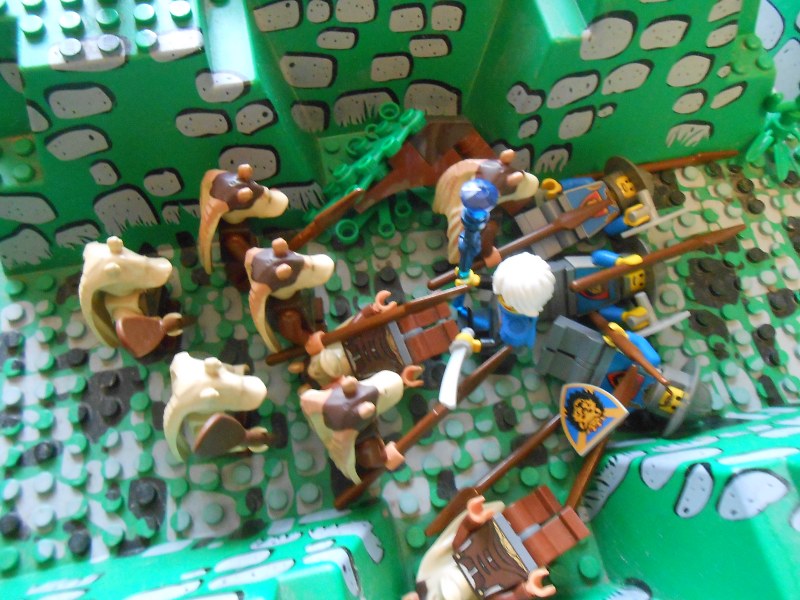 Dungans attack, killing a guardsman, who failed his parry (these guys are really good). 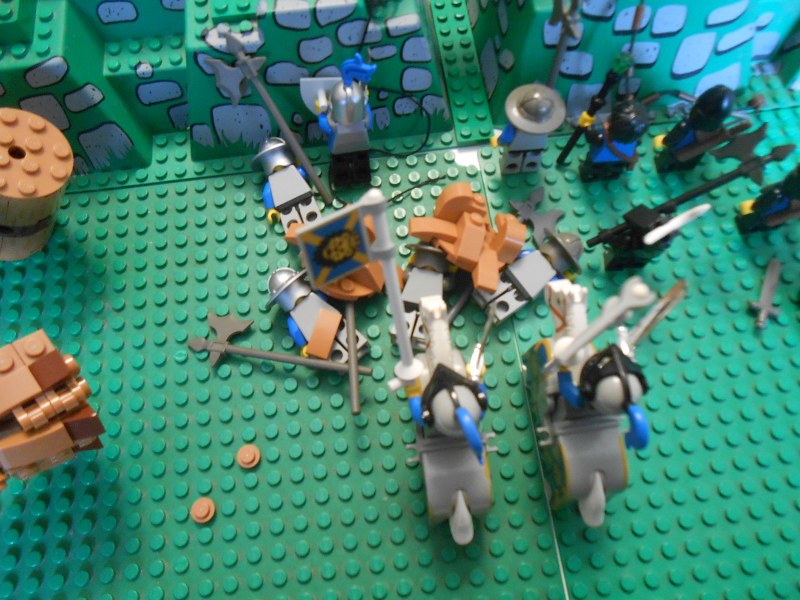 The Great Mighty Poo overskills a shot, causing a massive explosion that kills many of the halberdiers, disrupts the officer and wounds both horses. 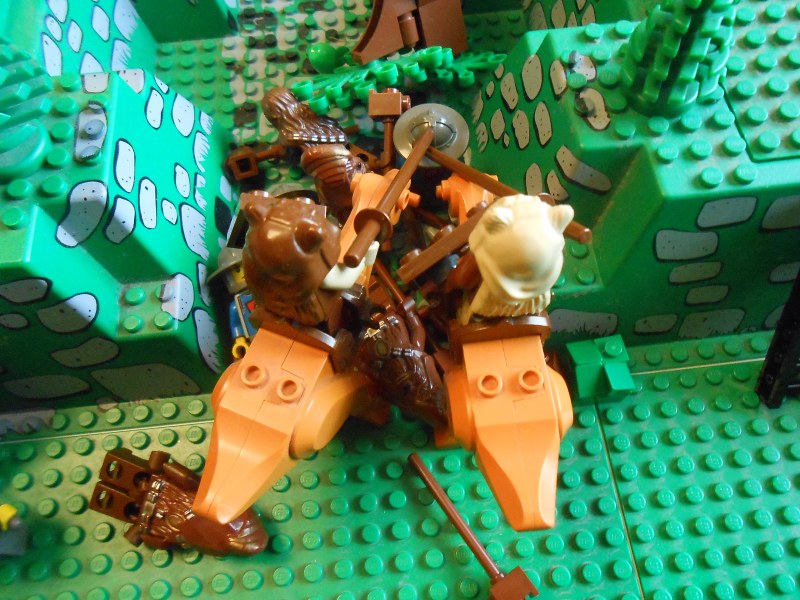 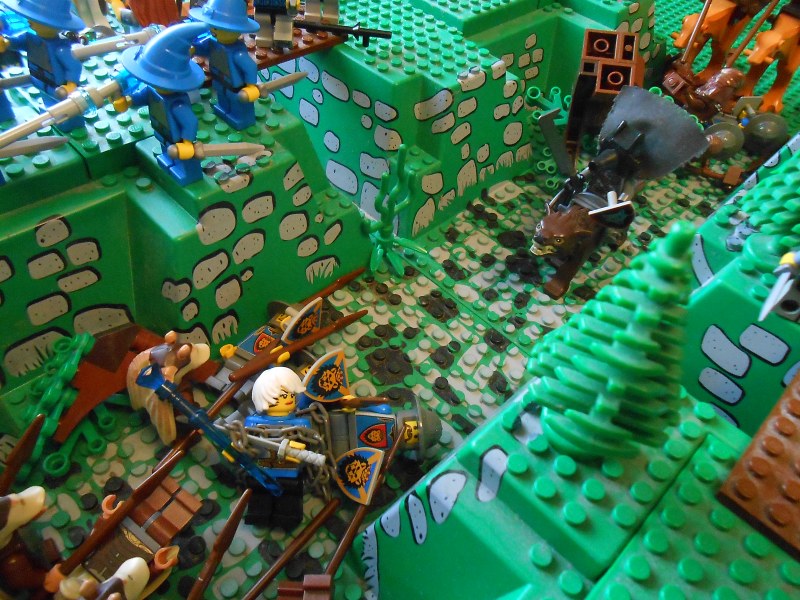 Theblackwolf throws his chains, Kyra is caught up in them and immobilized. Theblackwolf moves threateningly closer. 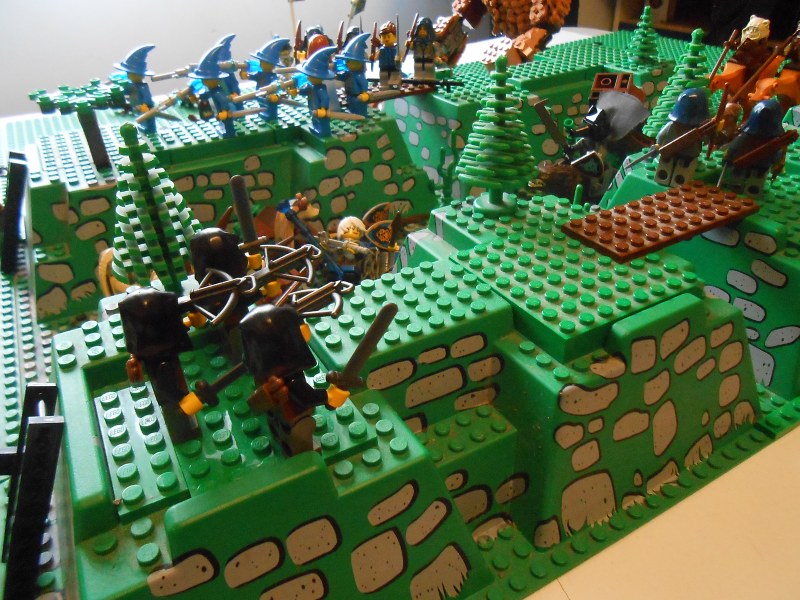 Wolfpack rangers scale the slope and open fire, but miss due to being out of range. 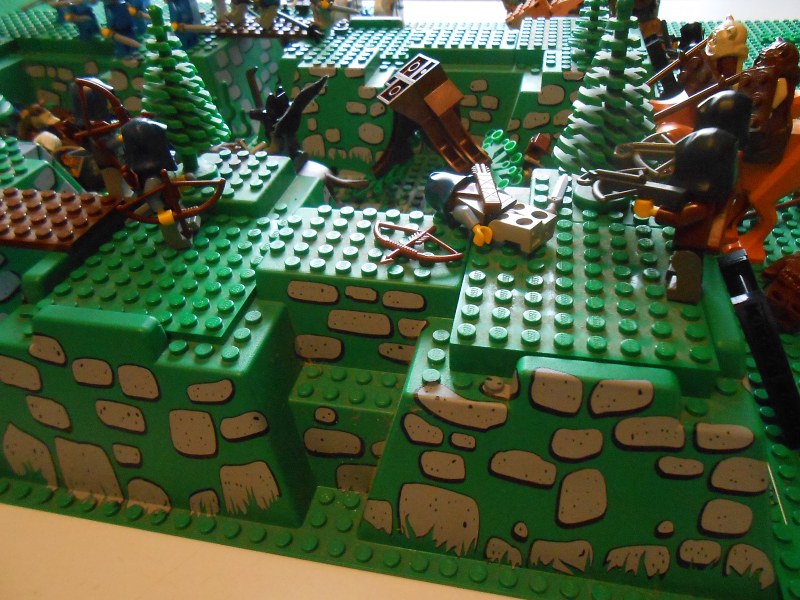 On the other side the wolfpack rangers obliterate one of Lyra's rangers. 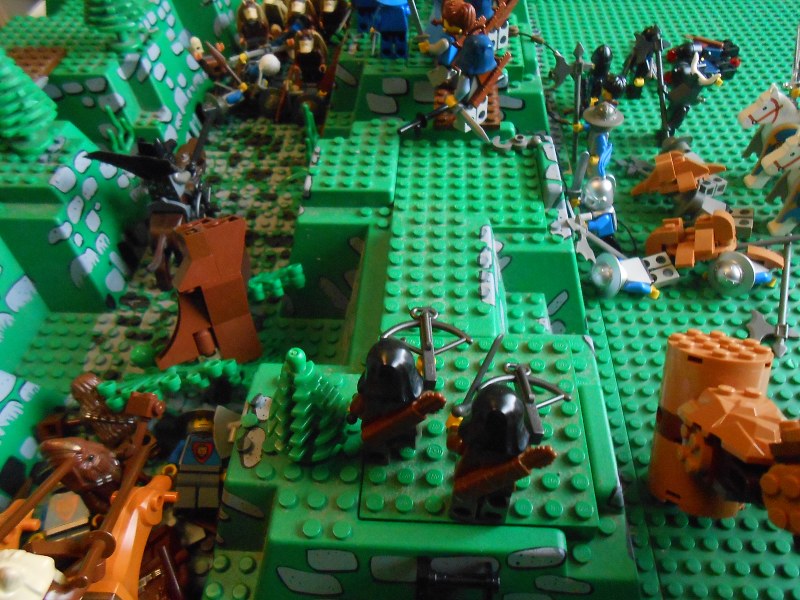 Wolfpack rangers on this side just get bad rolls. 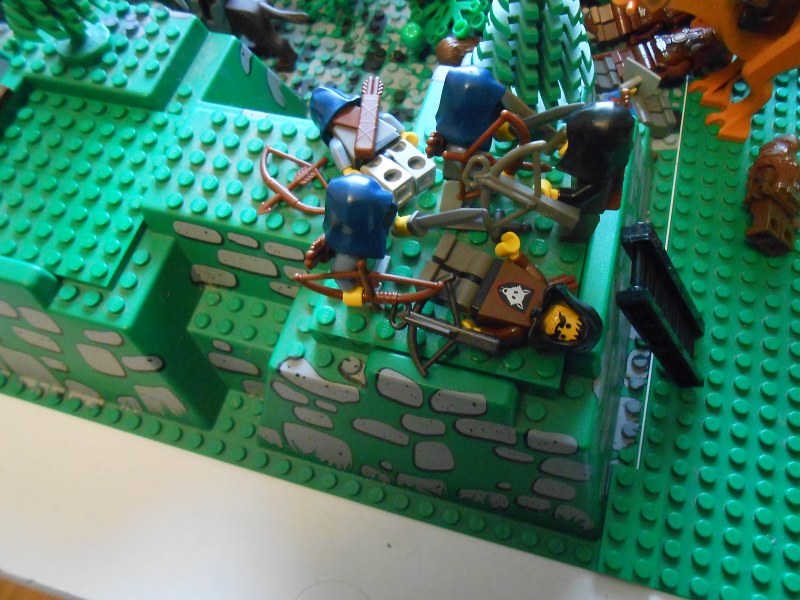 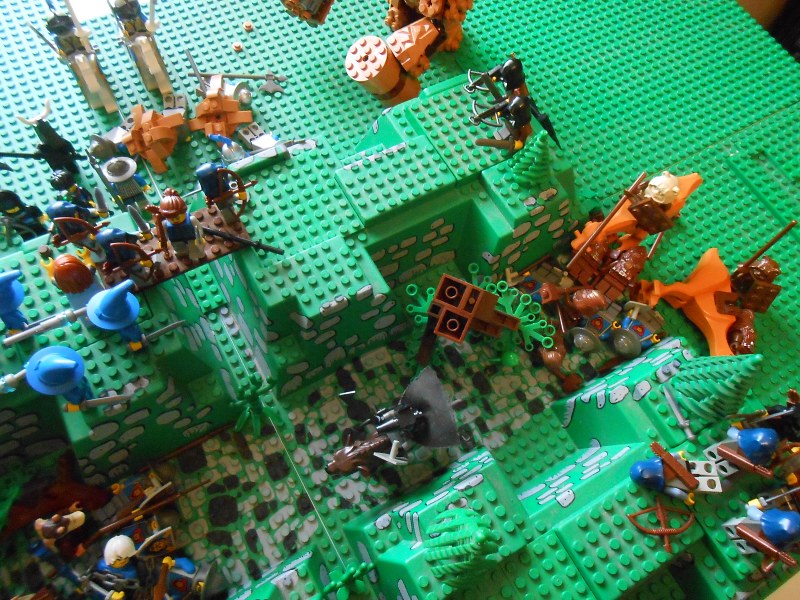 The others fire a volley that kills one werebear's mount and wounds the other Kaadu. 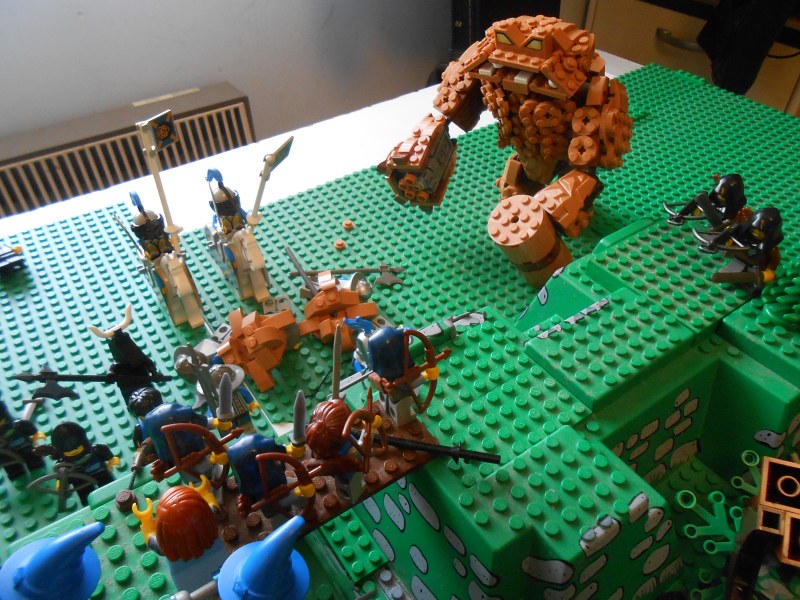 Lyra wants to fire an explosive arrow, but fumbles around looking for it and wastes her turn. 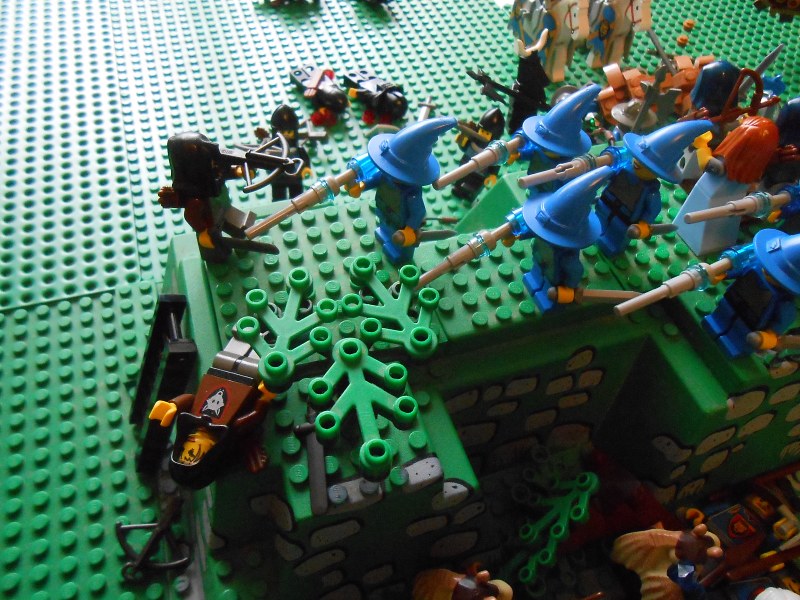 Urban guard shoot one wolfpack ranger (who failed to kill any of the Magi earlier). 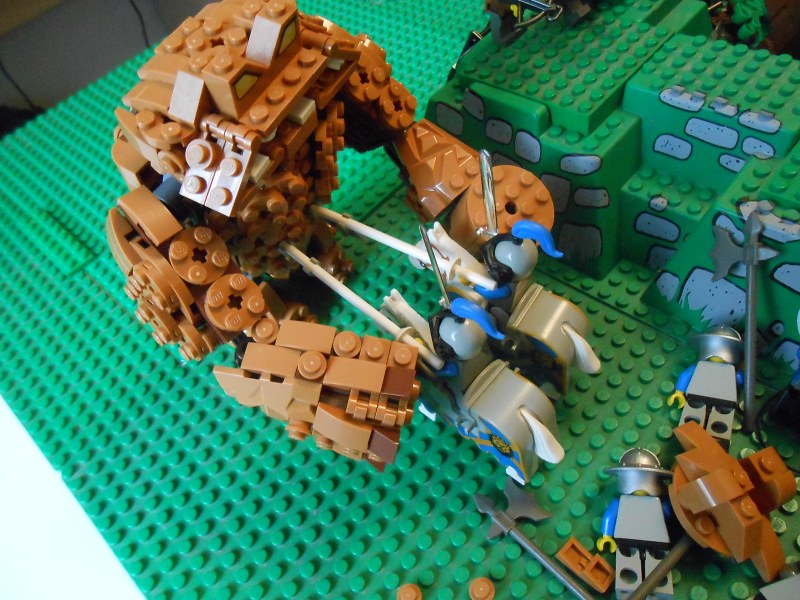 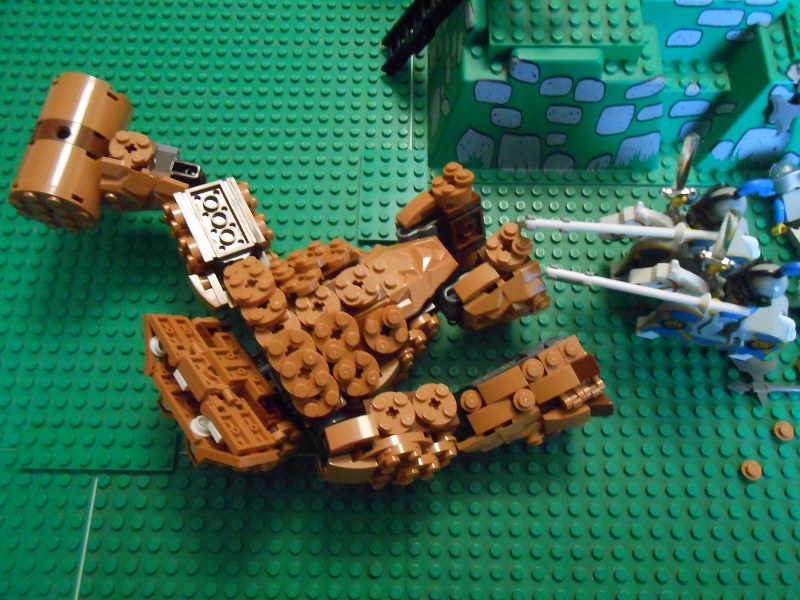 Massive damage! The creature goes down! 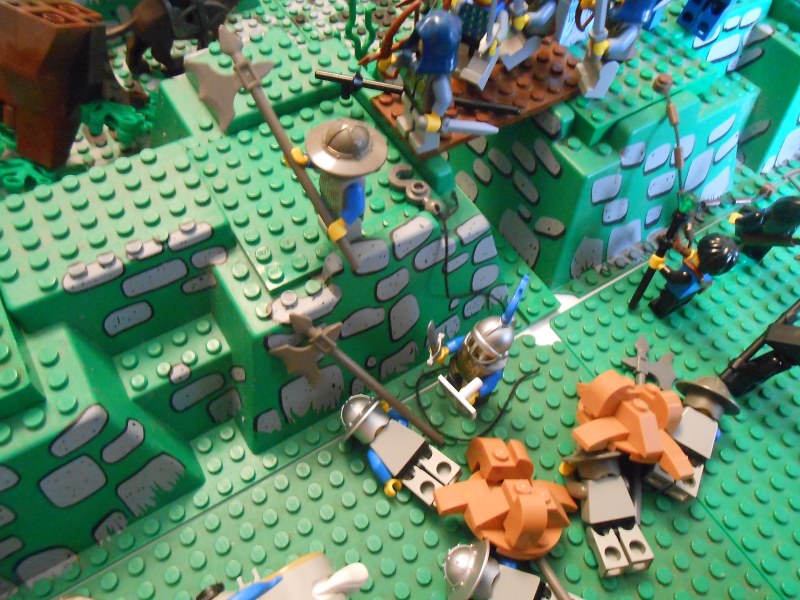 The last halberdier climbs up, the officer recovers from his disruption. 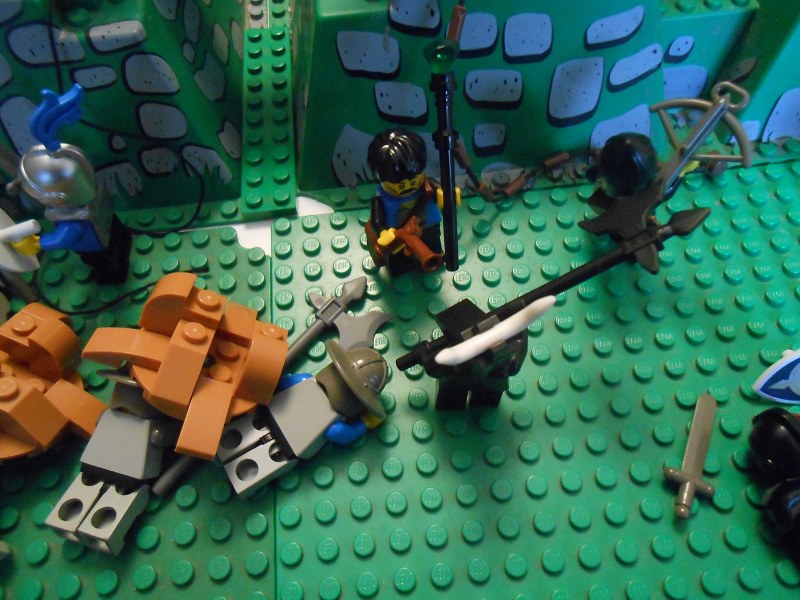 Tatters fails to impress the icon, then resolves to shoot it, but doesn't do enough damage. 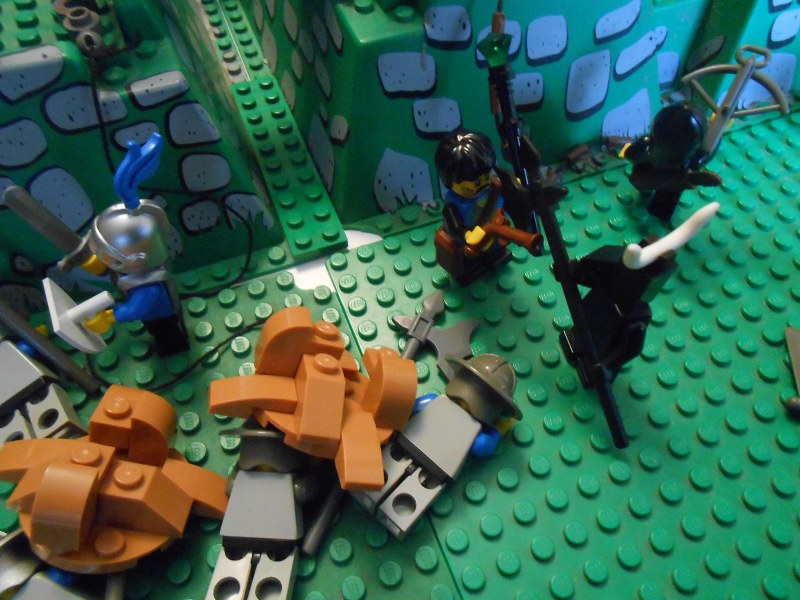 The icon then strikes Tatters, who barely survives thanks to his 1d6 SN die being used for deflection. 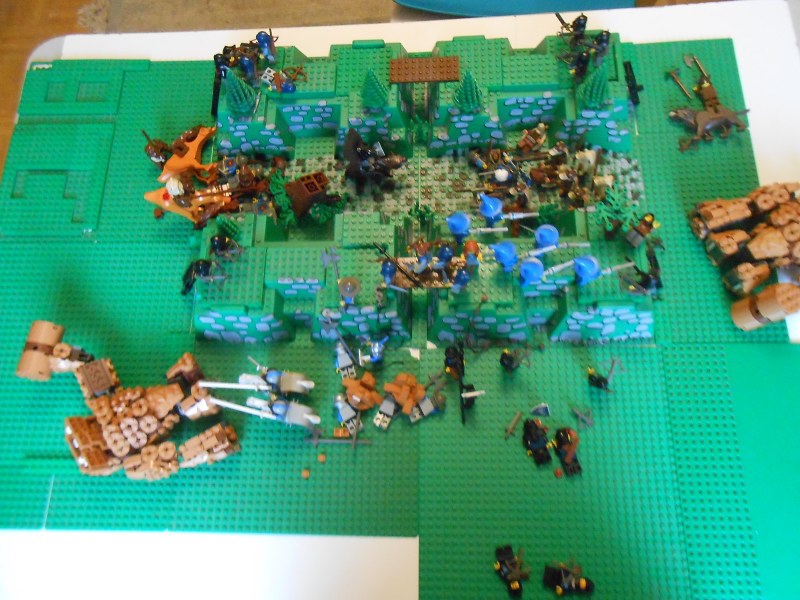