Putting those together really changes the connotation

Am I the Dalek? If I am, I would like to shoot Whiteagle to death please.
Phalek empire, S.P.A., Belgïe, My claim to not being a shitbuilder.

Captain Colliedog urinates on the butt to show his possession of it, then he sniffs Great Dane's butt as a gesture of friendship since they both have dog-themed names and dress in the same color scheme. The other Brits shoot the ASSyrian climbing up the stairs.
Formerly known as TheVengefulOne. Times banned by Natalya: 10 (+ 1 alt).

Take up defensive positions. Grab weapons and obliterate anyone who gets close

So, unfortunately I don't have time to complete another turn for the hellhunt. The battle will continue but for purposes of judging, I will start the next round in a new thread.
I make apocalypses and apocalypse accessories.

Gameplay: 4 - As a participant in the battle, I can say this is very entertaining of a battle. However, with being limited to only a maximum of 3 figs at a time, battle orders are somewhat limited in potential variety. I most certainly applaud your efforts in having a forum battle with so many participants in it, don't get me wrong at all. Otherwise, I felt like I could do pretty much whatever I wanted, like butting people out of the way.
Photography: 4 - I felt like your photography was well done, especially at the size and turn-rate of this battle. You got a 4 for only one small thing: quite a few of the shots have stuff in the background, which slightly detracts from the battle itself (although I do realize this is nearly impossible to do at this scale). Honestly, it's more of a 4.5, if we can judge in half-points.
Violence: 5 - The battle most certainly features some violence with the close-quarters proximity of each trio. I also liked the amount of blood used on many of the death scenes, as well as the effects on dying figs. The only thing I would want to see more in a battle is a bit of higher-end destruction of things bigger than minifigs, but I don't think that's worth taking off points for.
Writing: 5 - I feel like the battle captures the fun style and tone that the battle surrounds, unlike something like a medieval RPG that might have a mystical or haunting tone.
Overall Appeal: 5 - I love this battle, and its general aesthetic and variety make me look forward to the next turn every time. Speaking of the next turn, I would recommend putting the link to the thread it will be in your post saying it will be moved (whenever you end up posting it)

Darkstorm will rise! Someday? Probably tomorrow.
My Old Faction:Darkstorm Empire, New Faction: Phoenician Empire My Alliance:Kult of the Darkness
I swear I'm not dead, just dead inside
My bi-annual visit trend continues! See you in 6 months as usual.
Top

perfect in every way, right down to the constant brootal critfails
I make apocalypses and apocalypse accessories.

perfect in every way, right down to the constant brootal critfails 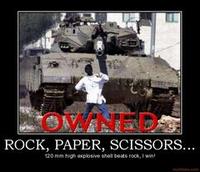 Do something so cool that everyone wants to be allied with me.

Nope, can't judge your own battles.