Princess Petalbloom summons the carrots to her, enchanting them with explosive glitter bombs. 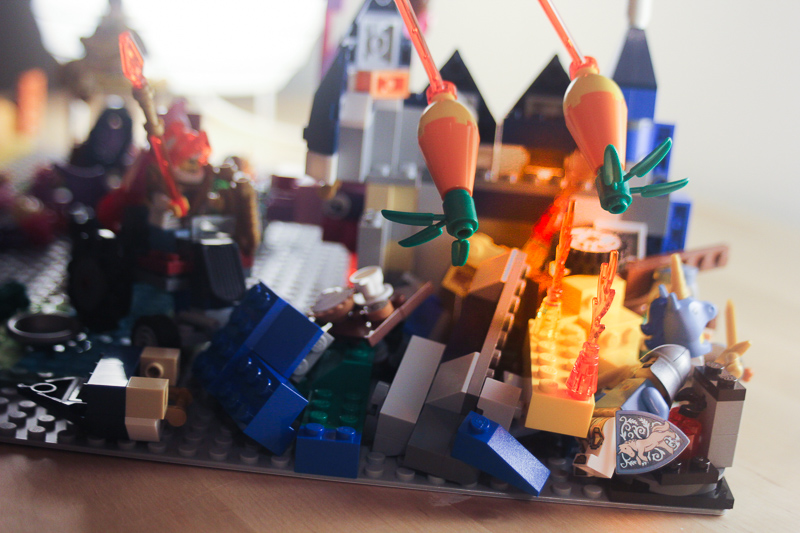 She then propels them both like torpedoes at the castle courtyard!

The whopping 45 damage wipes out the Star Knight with the Chaos Wing and Lord Burgund, despite the best efforts of his protective magic and the Wing's uniquely spicy abilities. *The Lords of Belganus are eliminated.*

Jacque shoves his friend into the way of a massive chunk of castle as it comes crashing down, barely avoiding it himself. So long, Tedrick.

The Chaos Wing survived the blast, propelled randomly into the center of the board - right next to Lord Malvoggar. 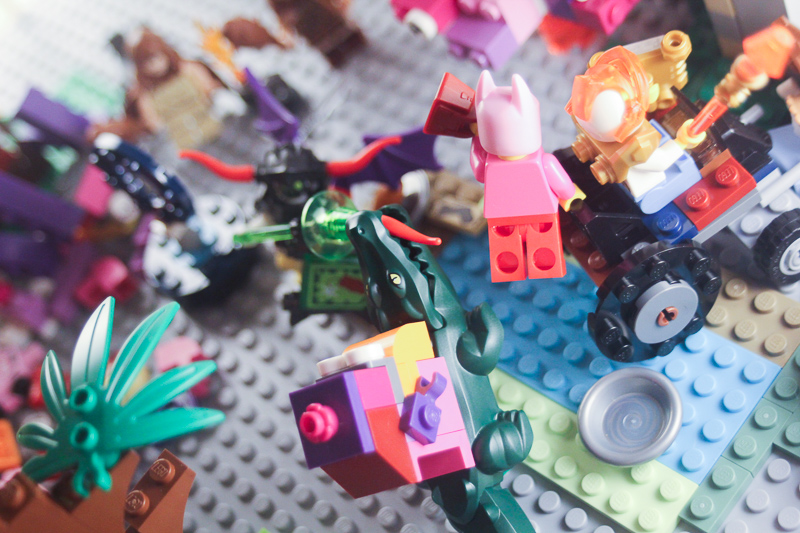 The other Adorbs spend their turn beating Sir Bentley in the head with a handbag and attempting to snatch the Spear of Suffering from Malvoggar. Neither effort is particularly effective.

Malvoggar was intending to do some fancy footwork to recover the Wing, but it's come right to his feet. He picks it up and crafts a new weapon - the Spear of Sufferwing! 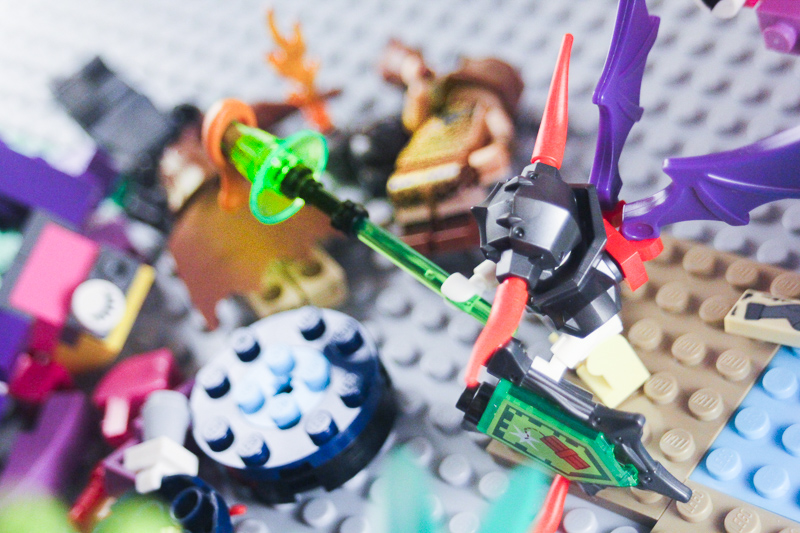 He immediately whirls around and kills both Barbarian warriors with it.

The Wing now in new hands, Sir Bentley decides to do what he does best. He backs up the Battle Tractor...

And charges Malvoggar head on with his Lance, followed by the hood of the tractor! 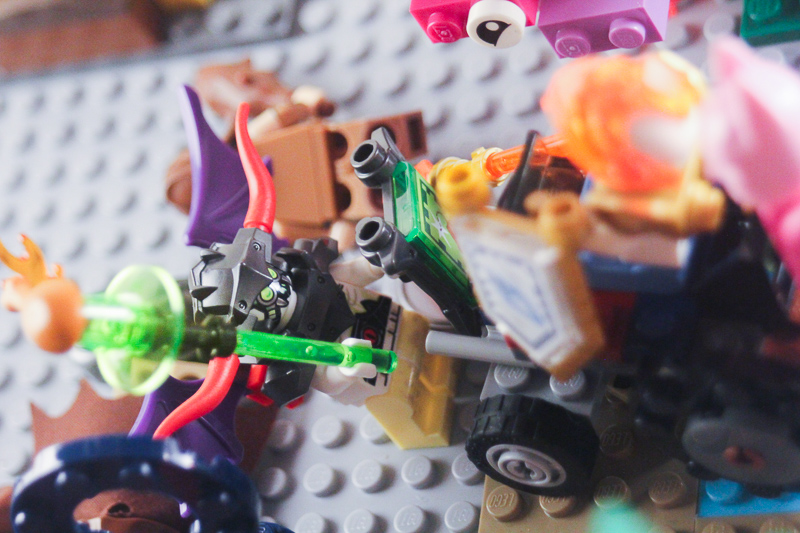 Unfortunately he rolls almost nothing for Damage, and Malvoggar looks at worst very annoyed.

Jacque creeps up onto the fluffy pink expanse of the Pagoda, cleaver hanging by his side. "I have no parents," he says, "will you be my mummy?" He then swings the cleaver at Princess Petalbloom. 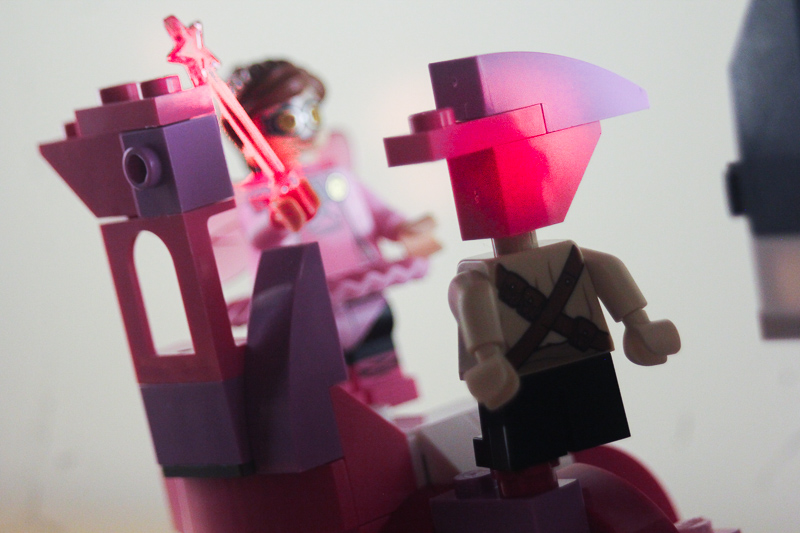 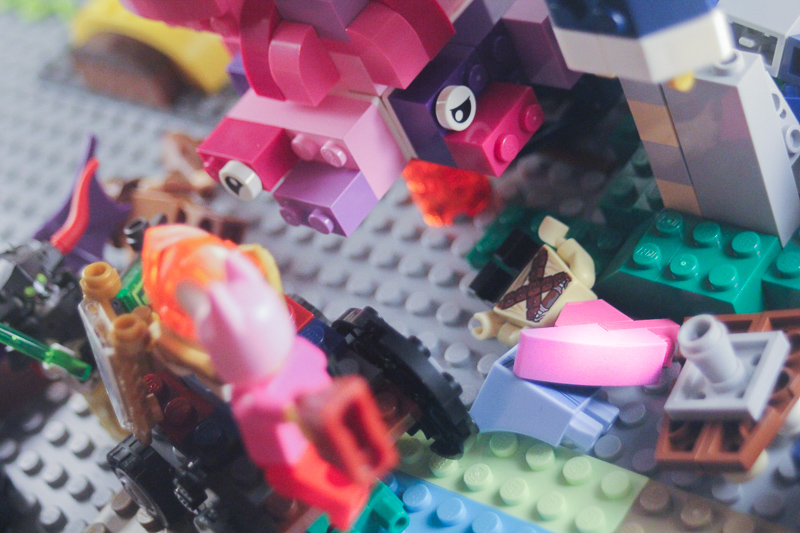 Jacque's body may still be twitching uncomfortably, but any semblance of what Minifigs call life has left him. *The Revolting Orphans are Eliminated.*

He misses the robot demon completely and hits himself in the face with his claw.

The Crimson Thief, gracefully flipping through the air, lands a kick to Petalbloom's face and shoves her off the Pagoda!

However, she can fly, so that's not terribly inconvenient for her. 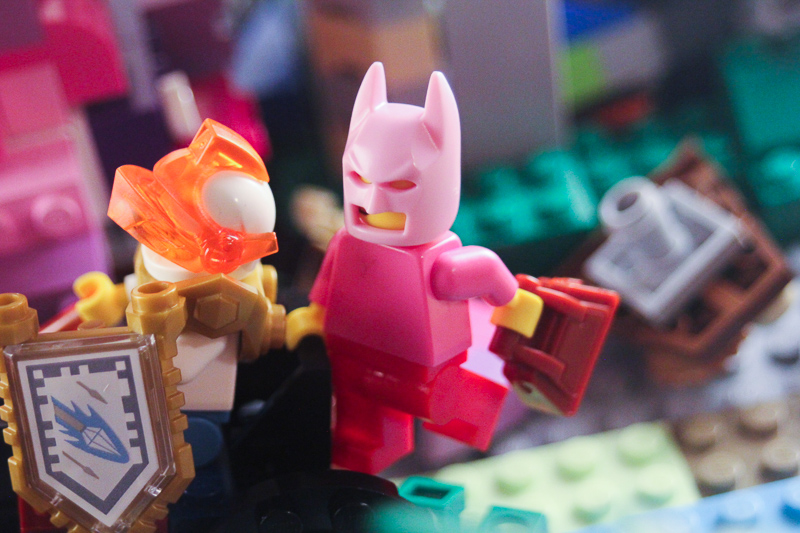 She peels off her cowl to reveal her true identity - the other Crimson Eye Operative! The Adorribles will receive an Outrage Benny D6 each turn as long as she's alive.

She successfully shoves Sir Bentley out of his seat and takes the helm of the Battle Tractor.

Then wheels it back out of Lord Malvoggar's glaring reach.

The one remaining shopkeep runs out of his hut and throws a potion on the downed Chief Grunbog, proving once and for all that he's the best fur loincloth salesman around. It explodes in Grunbog's face, suffocating him. *The Barbarians are Eliminated.* 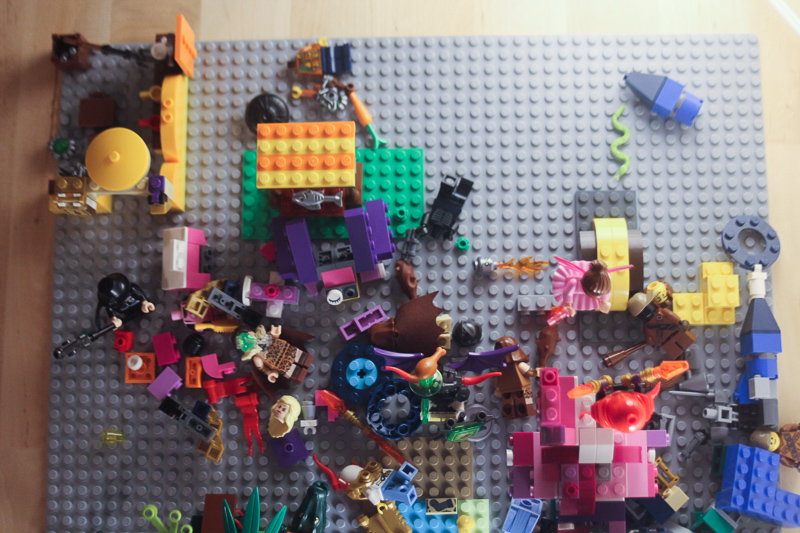 Adorribles: Princess Petalbloom, now facing off with the Crimson Thief, and also the Lolligator.
Robot Demons: Lord Malvoggar, now holding the Spear of SufferWing.
Space Knights: Sir Bentley is on the ground but alive for now!
Crimson Eye: Both the Thief and the Infiltrator are out in the open now.

Thanks to RedRover and Dayboost_ for playing! You guys were great.

Everyone else, send in Orders for Turn 4, and ideas for Turn 5: The Finale!