Link: http://brikwars.com/forums/viewtopic.php?f=16&t=17409
Alright folks, remember that the New Romans are still NPC, so anyone can take them. Sorry that I'm a bit late, I hope that everything else will be up to standard.
Turn Order rolls (I promise i'm not making these numbers up):
Peasants (Scribonus):6
Guards (baconquisador):5
Space Mafia (motorhead fan):4
Agent 69 (Bisbeedog):2
New Romans (NPC):1 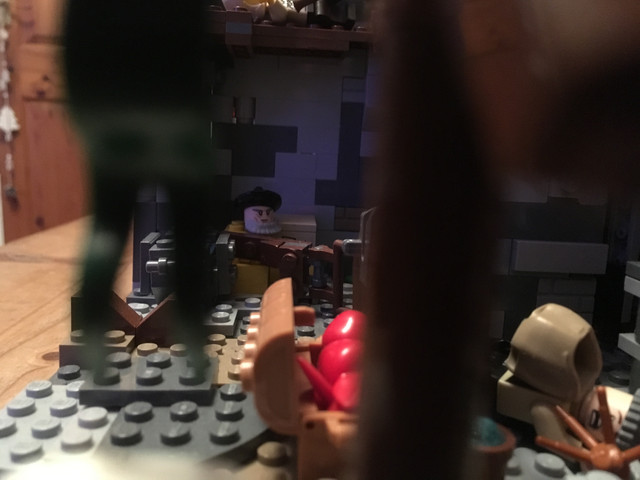 Pierre continues to sit happily in the bile of hay, surveying the carnage as it unfolds. 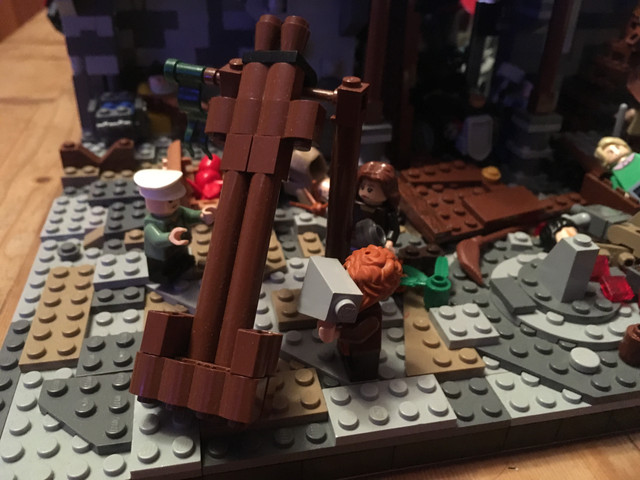 The trebuchet is turned to roughly face the entrance, and is loaded with more debris. 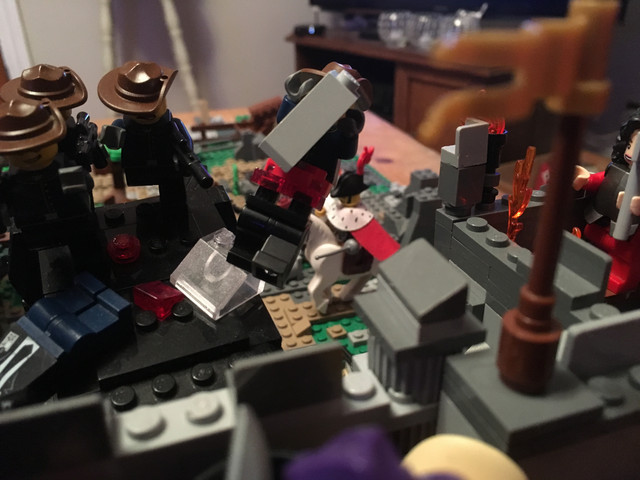 Its soars through the air, smashing into a Legionnaire and killing him instantly upon impact. 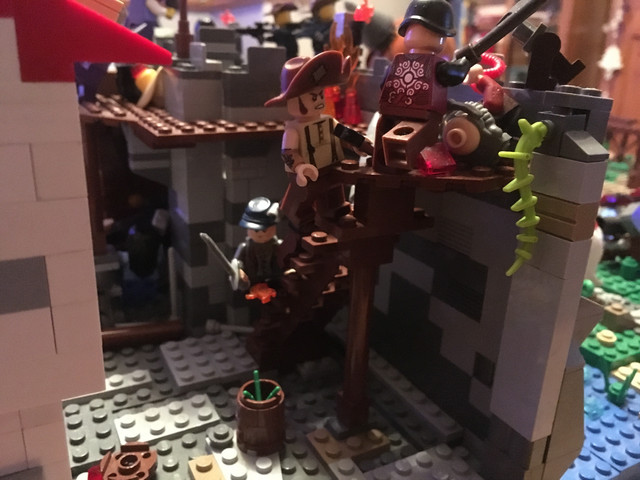 The Peasants move up the support the other guards and Molly Hatchet. 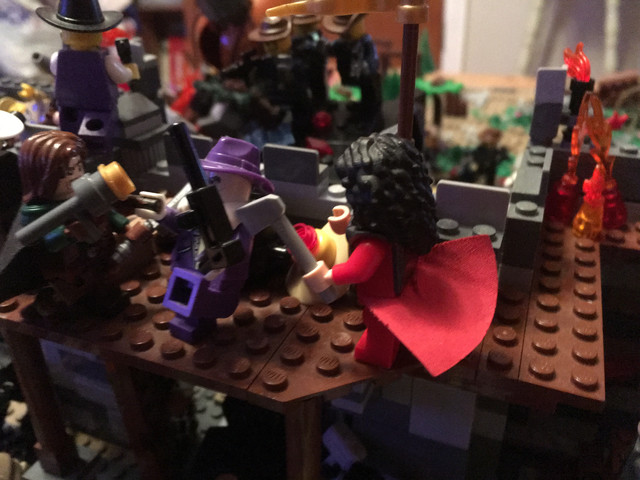 Molly Hatchet decides to axe a question to Boss Marley, spearing her the sworded details and just to tell her why this arrowing event is occurring. He is too busy working out what she just said to answer. In indignant rage, she smacks him with her signature Hatchet. 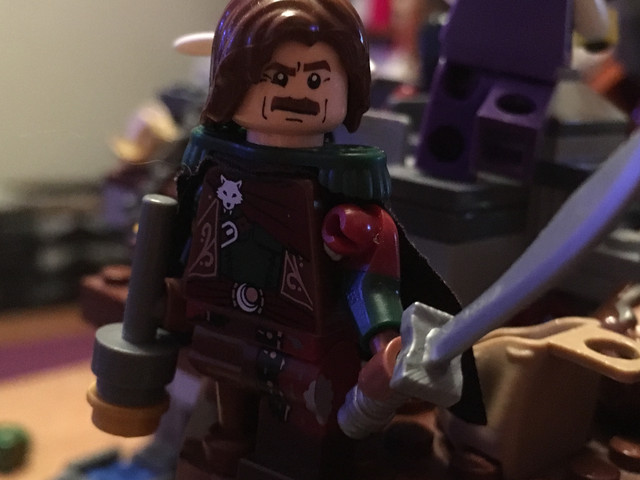 Jaques: I say, since we are so superior to all of these thugs, we might as well have a one-on-one duel instead. 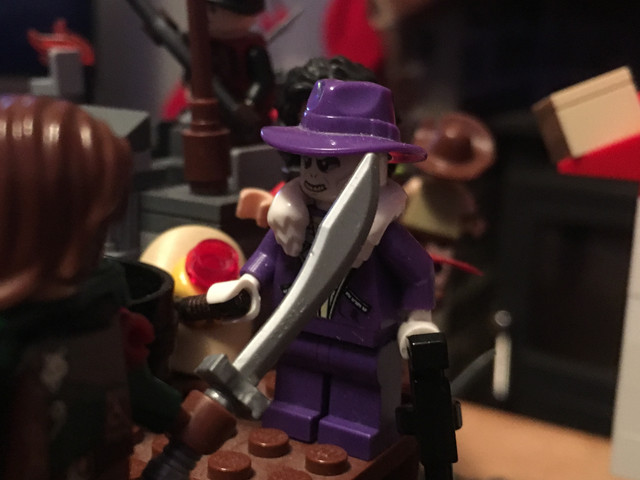 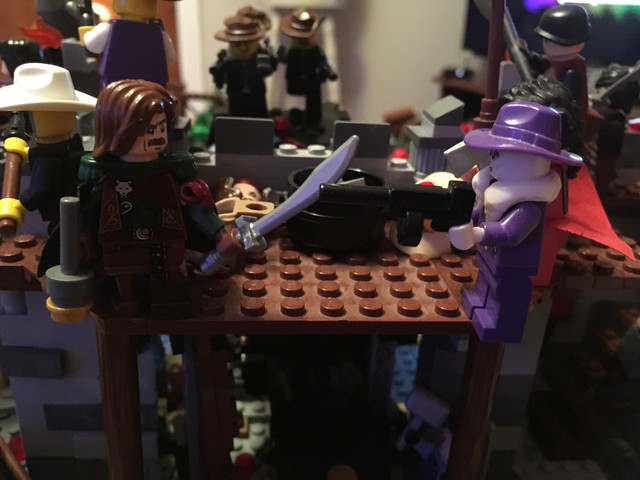 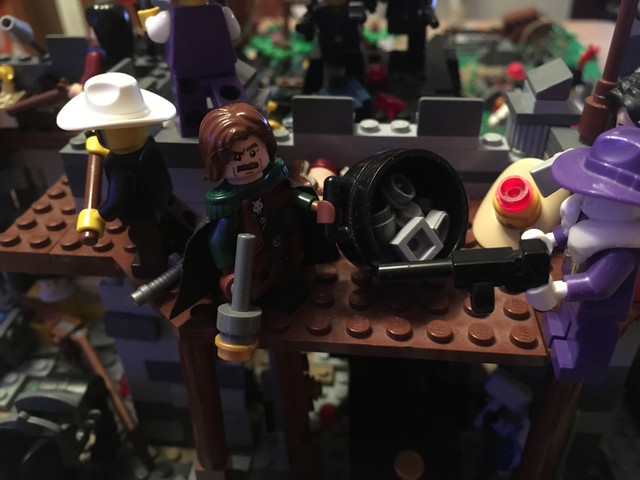 Faster than you can say 'illegitimate', Jaques drops the sabre and picks up the cauldron by one handle instead, pivoting on the spot towards Boss Marley. 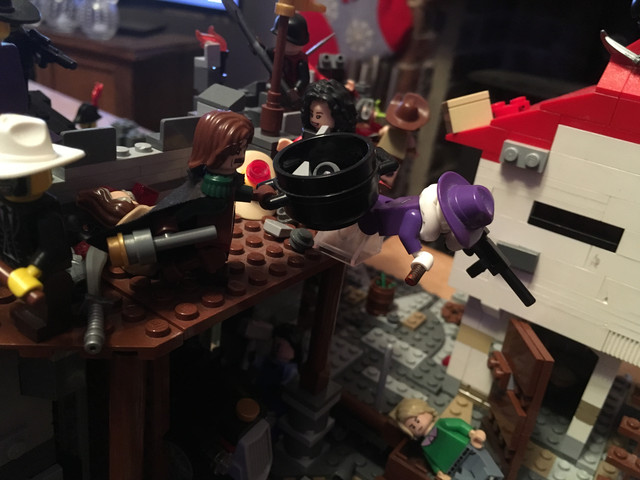 It smack Boss Marley in the face, launching him from the parapet (FEAT SUCCESFUL). 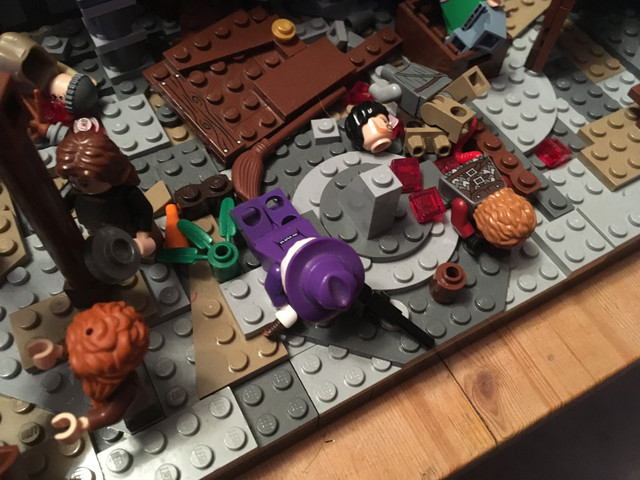 Somehow, the fall damage and impact damage both do not kill him, but he is disrupted. 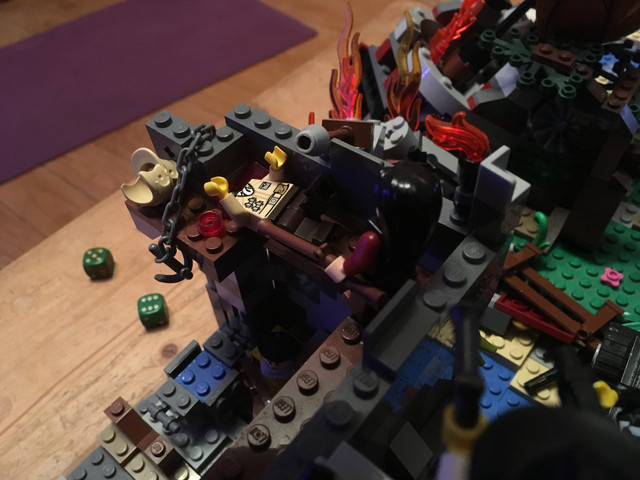 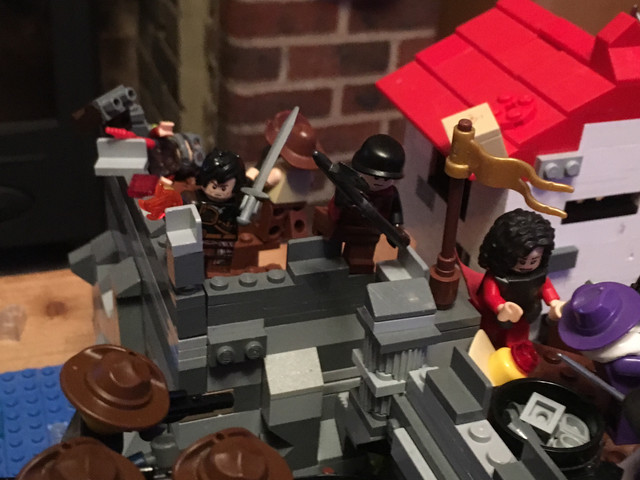 The two guards manage to catch up to the combat but theres no one in range to attack. 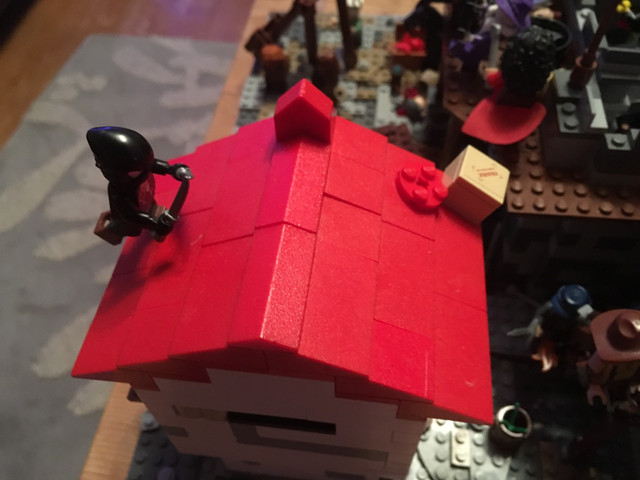 The Ninja guard climbs up to the top of the house's roof, but no one is there... 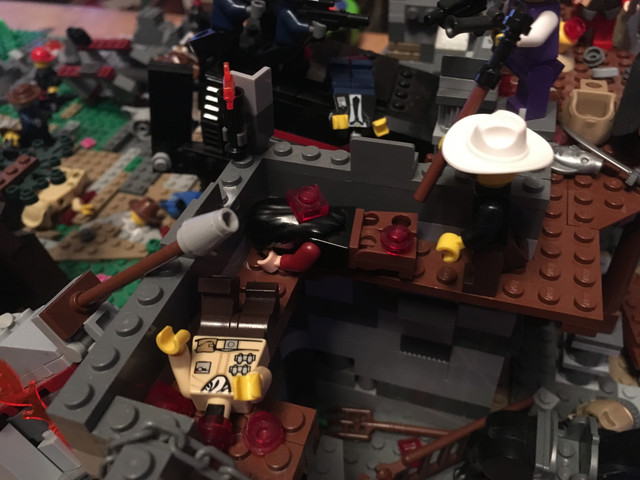 The white hat soldier beats the rifleman to death and then a little bit more for fun. 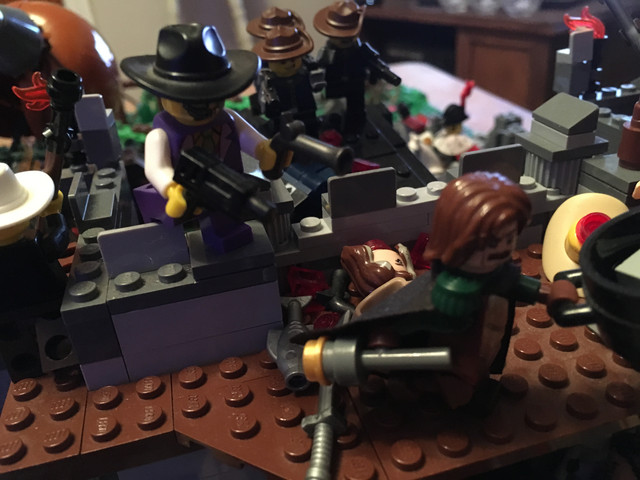 Indignant from the defeat of his dear leader, the black hat solider rounds upon Jaques, his aim no doubt heightened by his rage and passion for revenge- 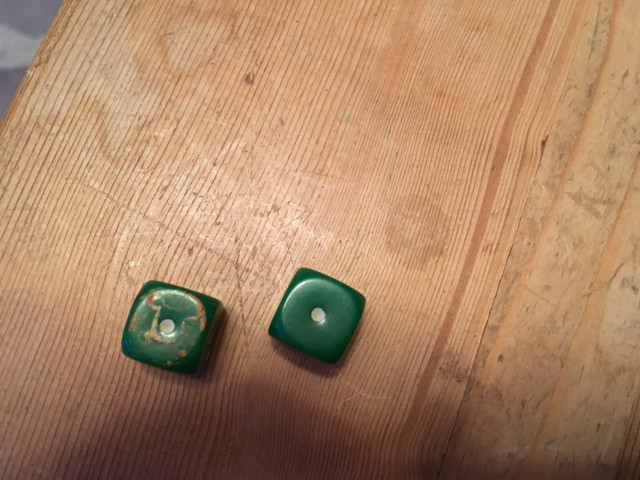 It seems I spoke too soon. 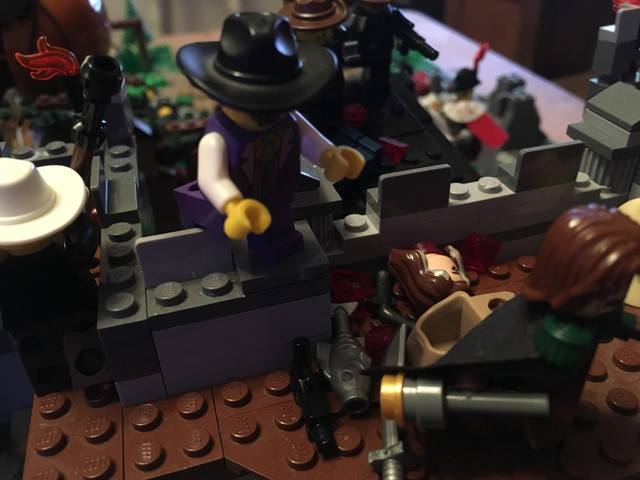 He drops both of his guns. 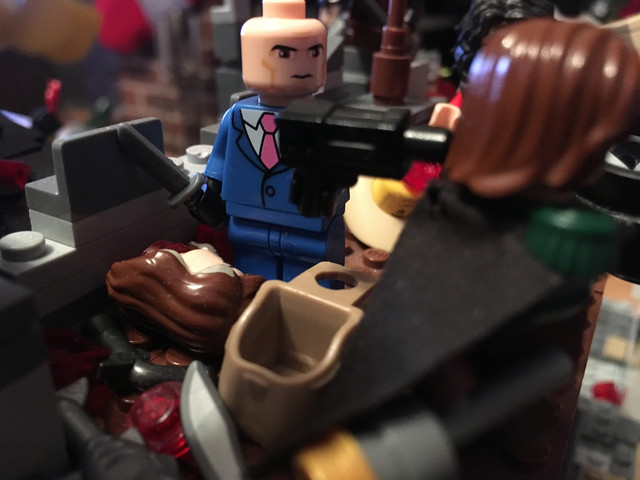 The finger squeezes the trigger. But the Agent realises too late that the gun isn't loaded.
Agent 69: 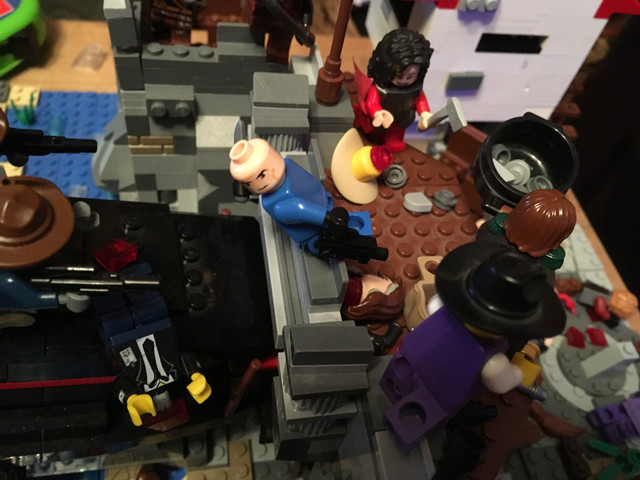 The agent makes a run for it, looking for any hiding place where he can escape to. 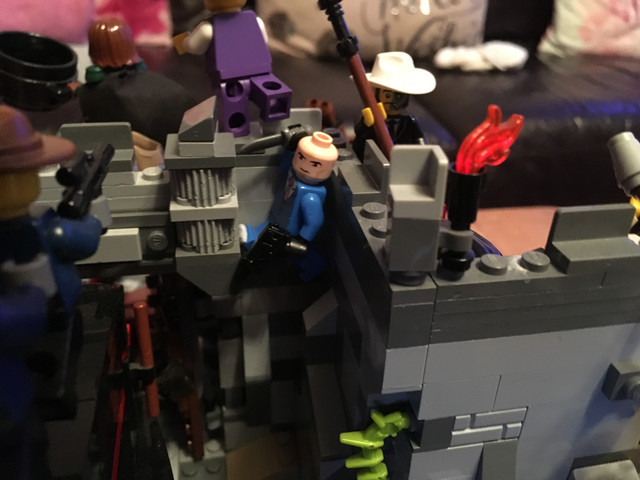 He wedges himself in the gap in the wall by the entrance. 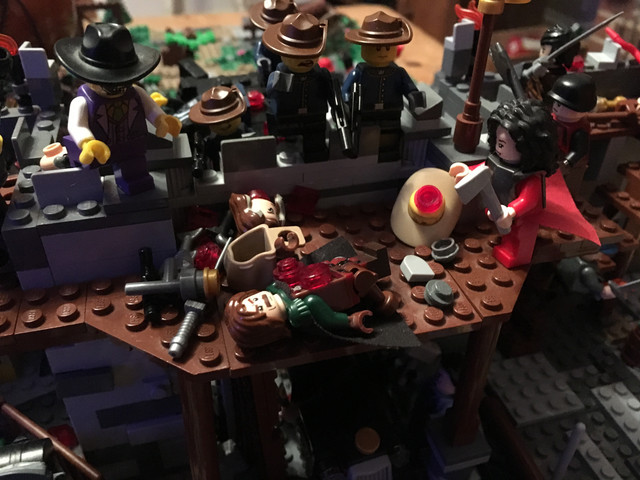 The Legionnaire begin to flood onto the parapet, firing heavily upon Jaques, who rolls terribly for redshirts and dies under the bullets. Two also fire at Molly Hatchet but both miss. 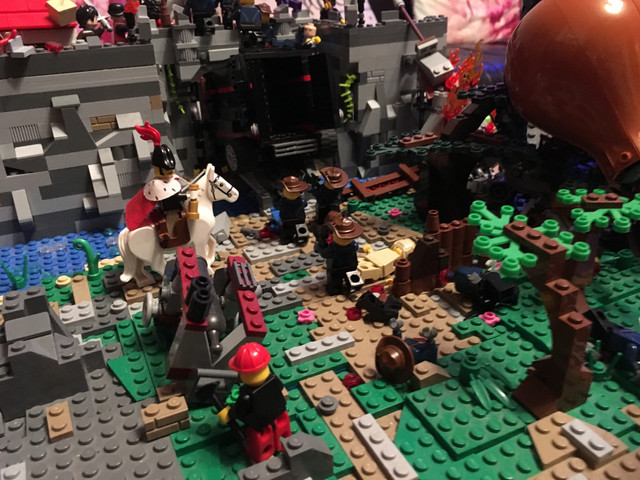 The other Legionnaire follow up behind. Major Tactician Wolfgang seems to get an idea, climbing off his horse and advancing upon the Engineer. 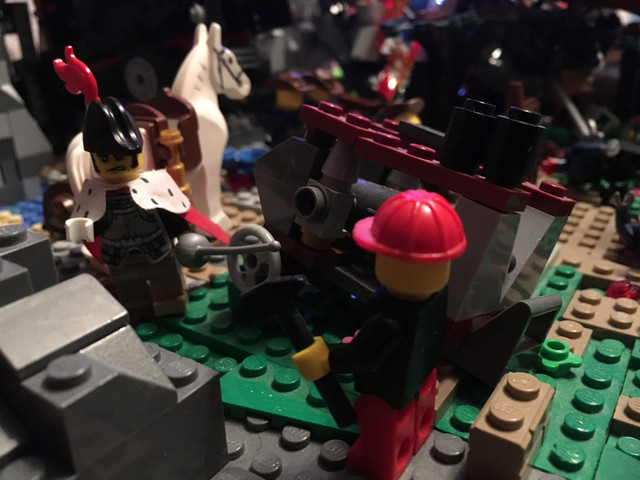 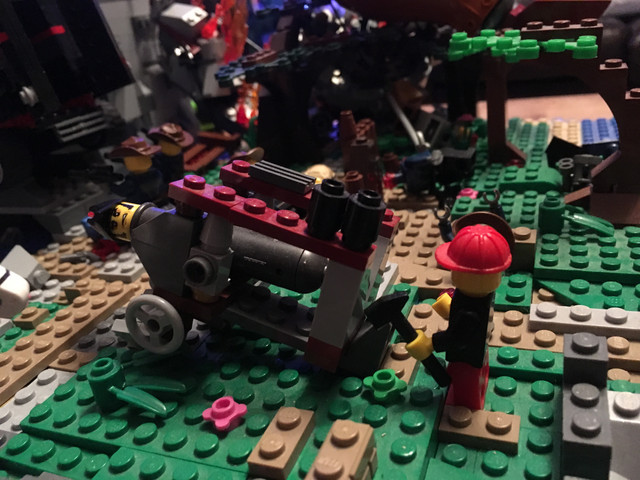 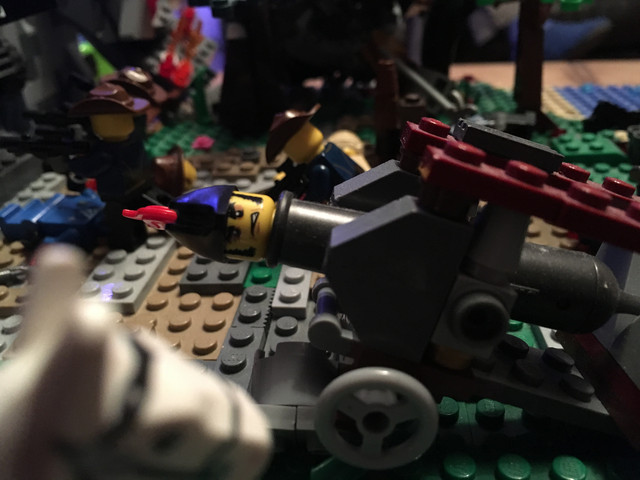 It seems that he is now stuck.
Wolfgang: are you actually serious
(FEAT CRITICAL FAIL). 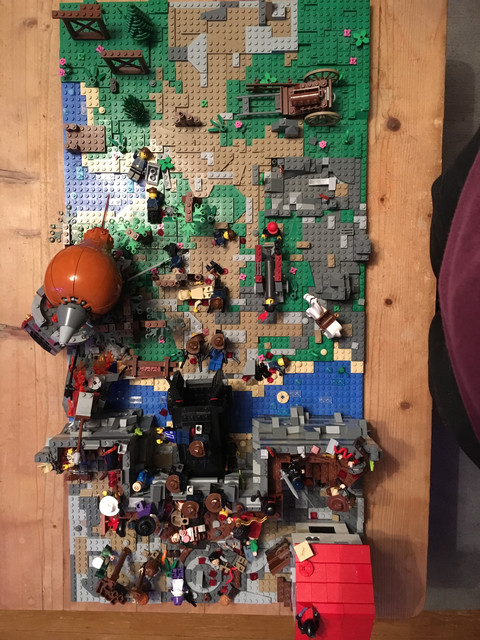 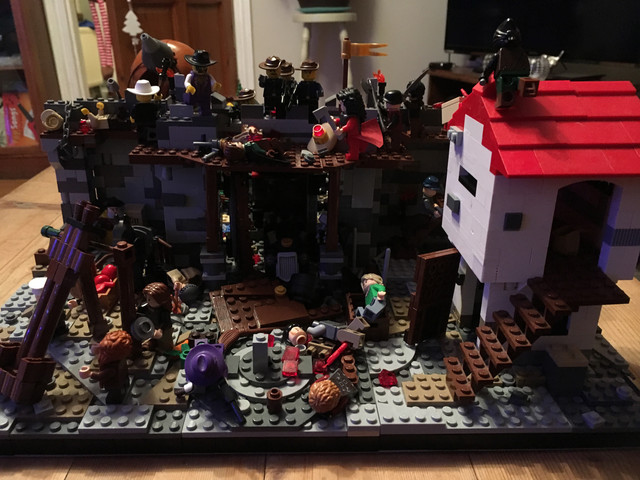 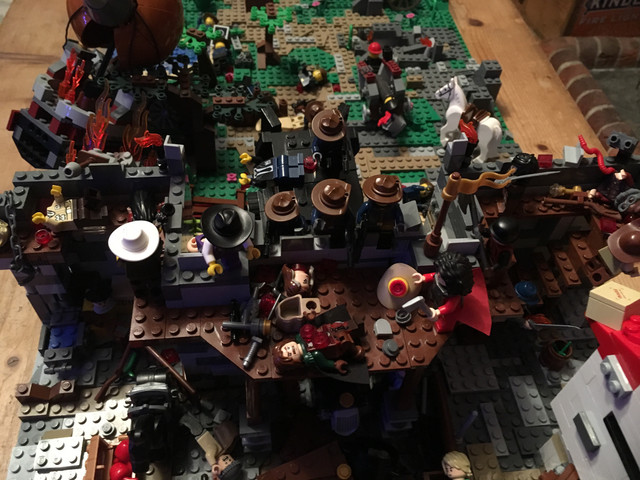 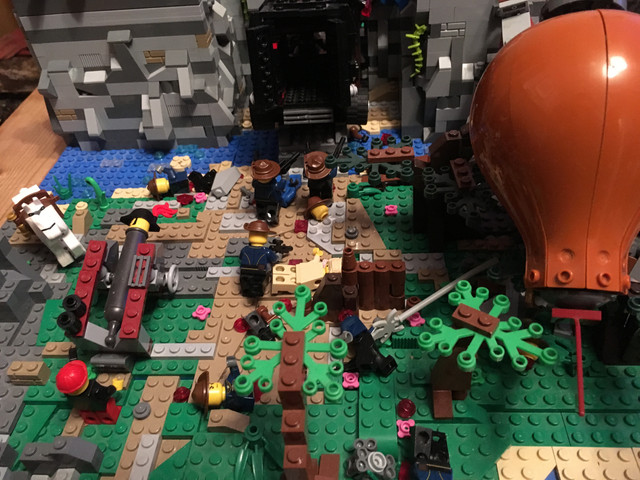 Send in your orders plz!
My other Stuff

Re: Eagles and Weasels Turn 6

I enjoy this thoroughly
RealHumanTM
Top

Re: Eagles and Weasels Turn 6

I enjoy this thoroughly

Thank you
My other Stuff