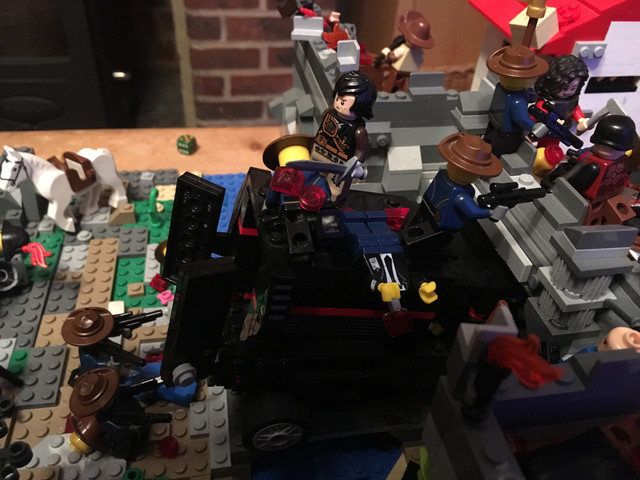 The guards on the battlements go absolutely nuts. This swordsman leaps onto the van and cleaves a Legionnaire into slices. 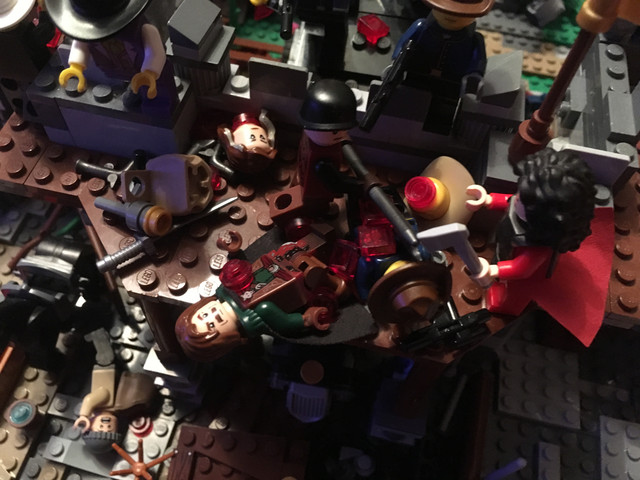 The Axeman kills another Legionnaire on the battlements. 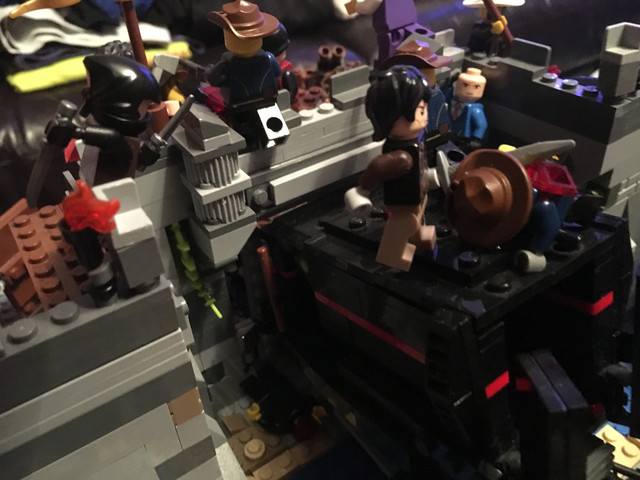 Spotting his arch enemy Agent 69, the ninja dude sprints towards him, running so fast that the picture quality drops dramatically. 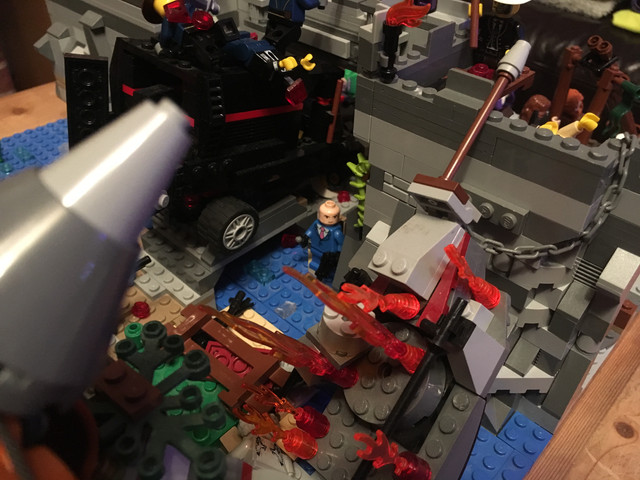 After noticing that the ninja guard is making a beeline to his location, the Hitman drops to the ground beside the bridge looking for someone to kill. 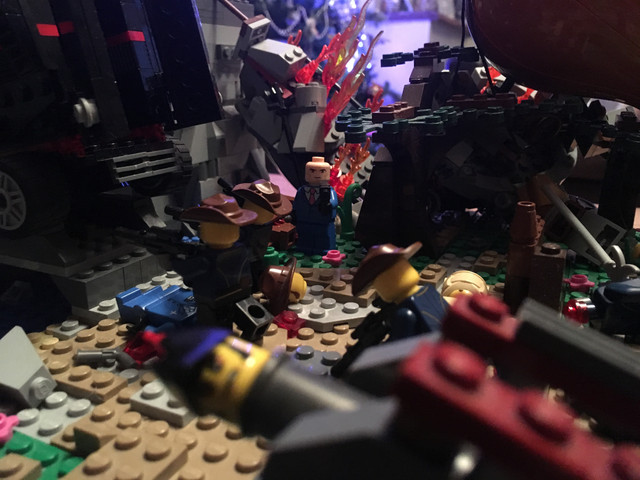 The idiot stuck in that cannon will do. 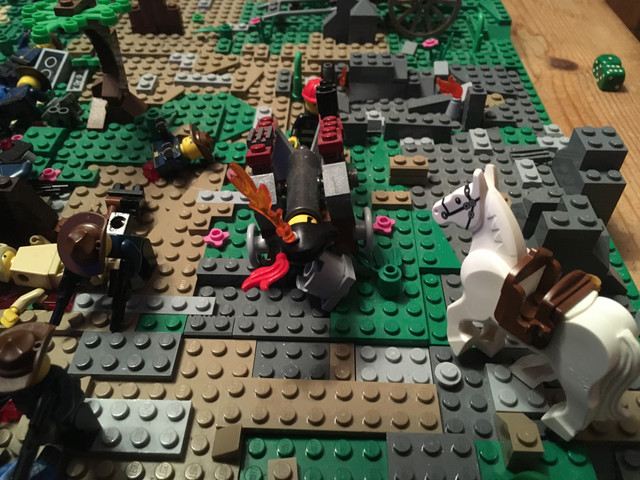 The bullet bounces off of Wolfgang's hat, which he doesn't even notice. 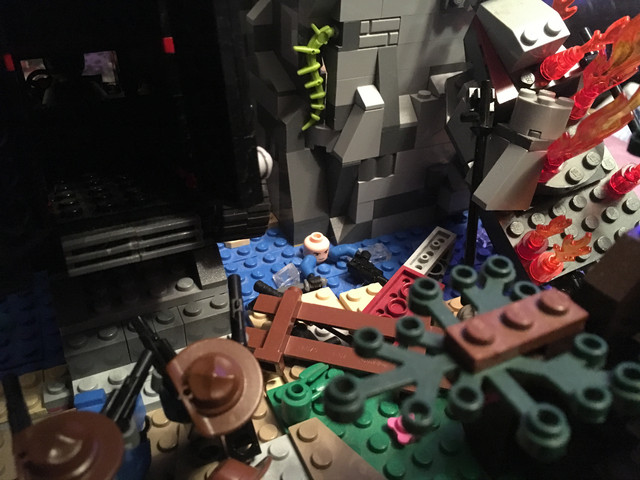 Undiscouraged by the lack of success, Agent 69 leaps into the river (I literally had to use tweezers to get his arms in that exact position) 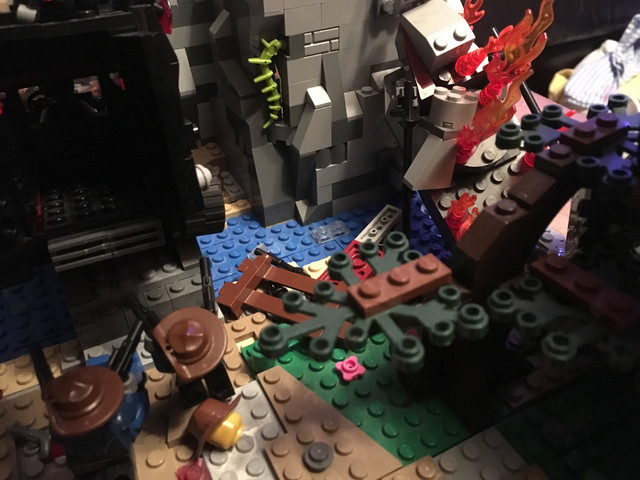 Taking a deep breath, he submerges. 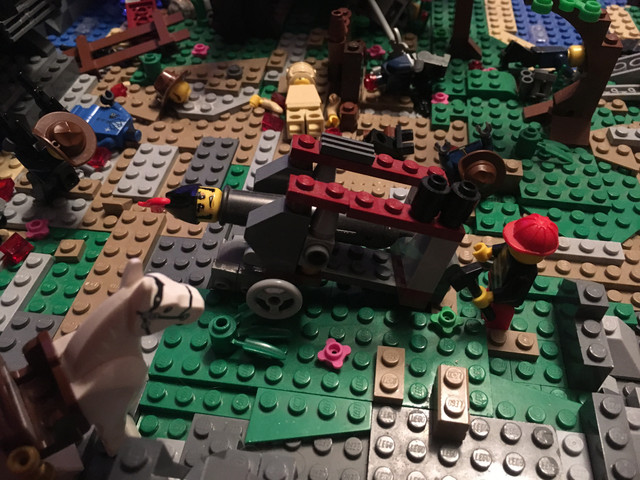 Despite his and the Engineer's best efforts, Wolfgang remains stuck in the cannon. Perhaps he should of taken off his armour before climbing in. 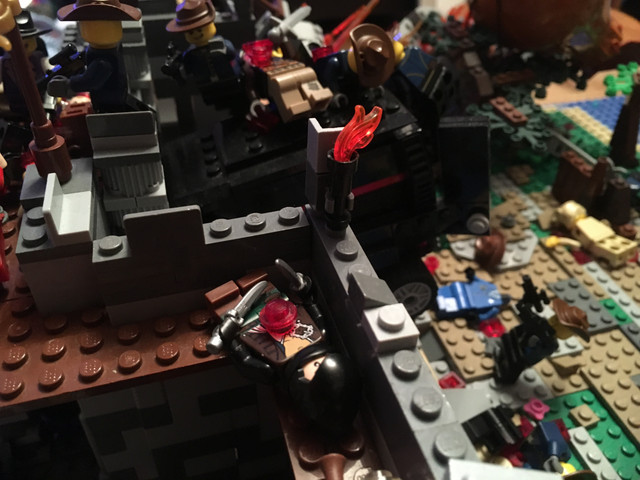 The ninja guard is shot by a Legionnaire on the parapet. 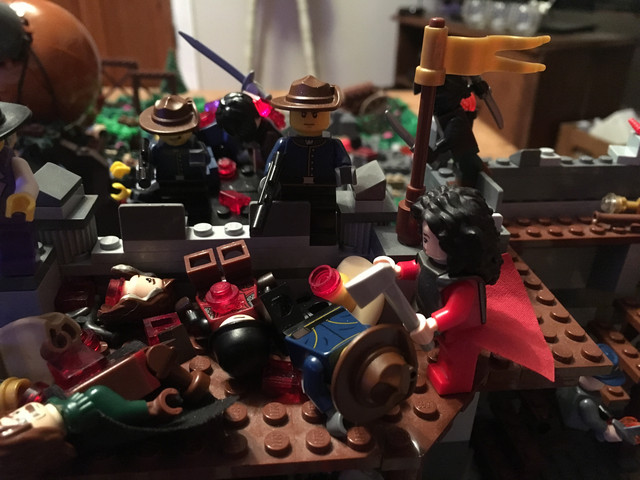 The same goes for the Axeman, as the blue-clad soldiers swarm the parapet. 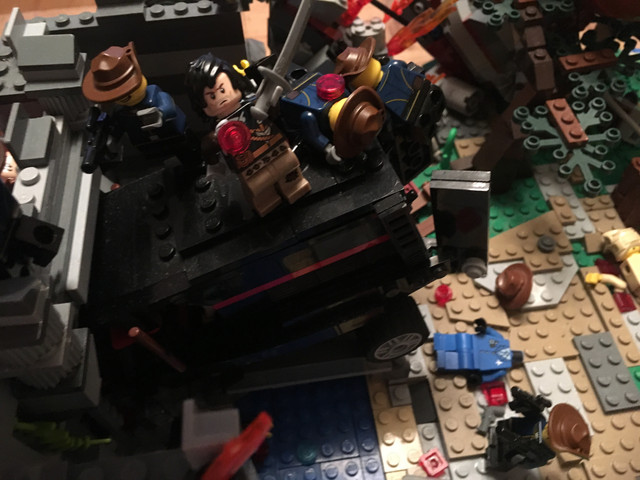 With a final battlecry, the swordsman also is pumped full of bullets, and with him falls the Guards. FACTION ELIMINATED 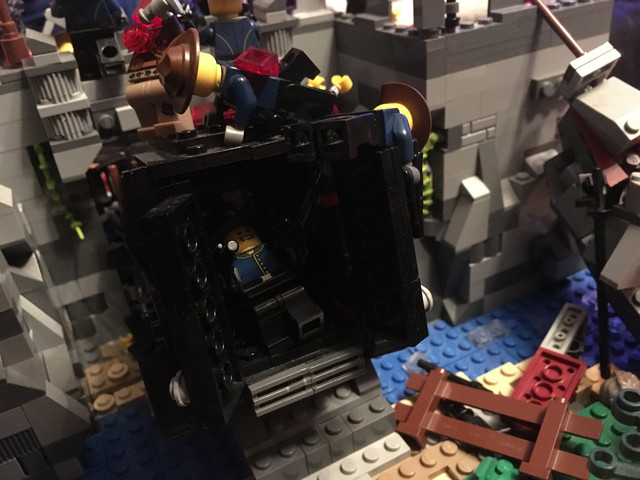 The other unit of Legionnaires climb up onto the van. 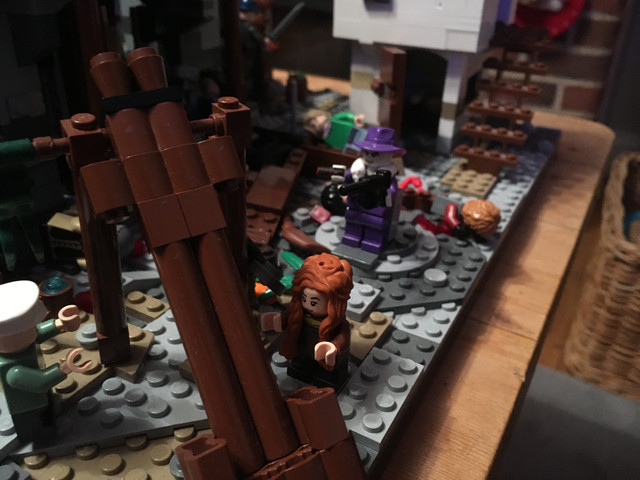 Boss Marley uses his actions recover from being disrupted, but cannot do much else. 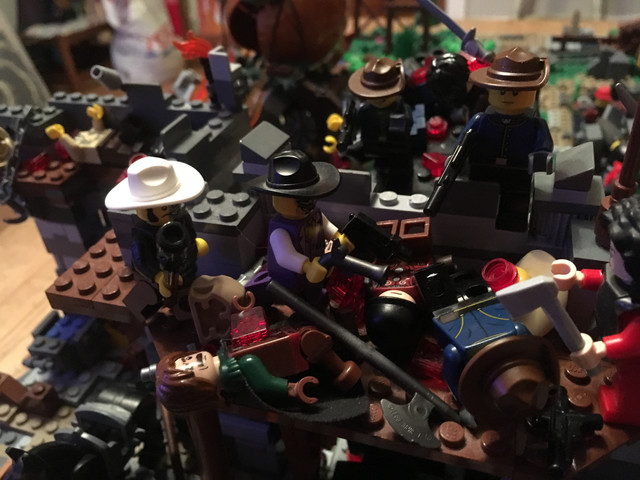 The two soldiers move towards the stairs, the black hat soldier picks up his weapons and attempts to shoot Molly Hatchet, missing both times. 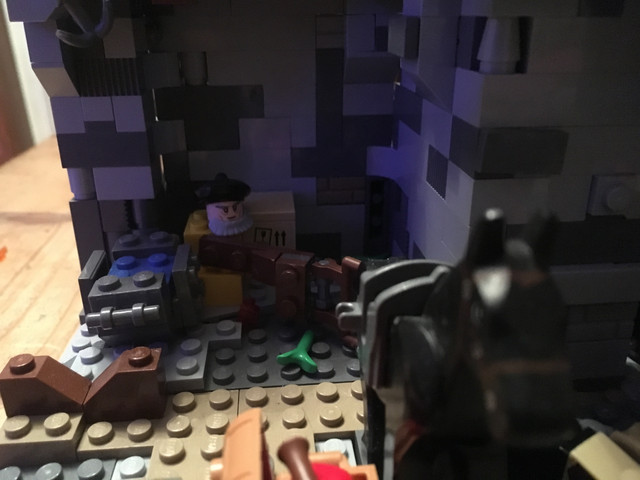 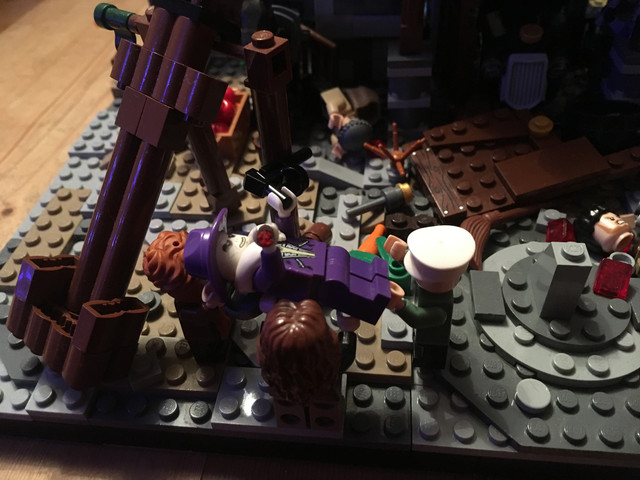 Boss Marley is unable to resist against the strength of the peasants as they load him into the trebuchet. Then it fires. 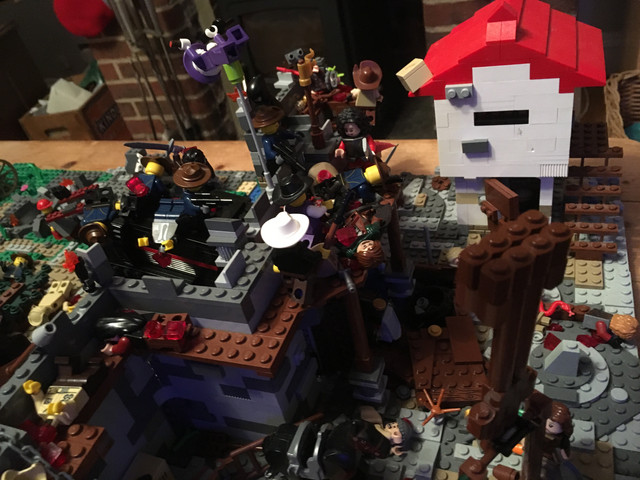 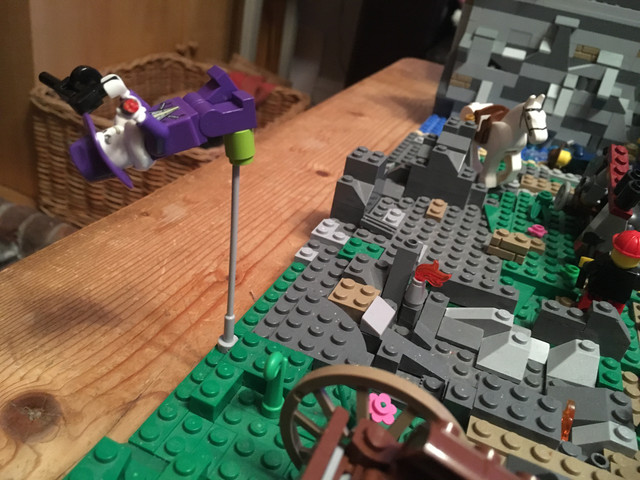 He soars over the battle field and the walls, and still continues. 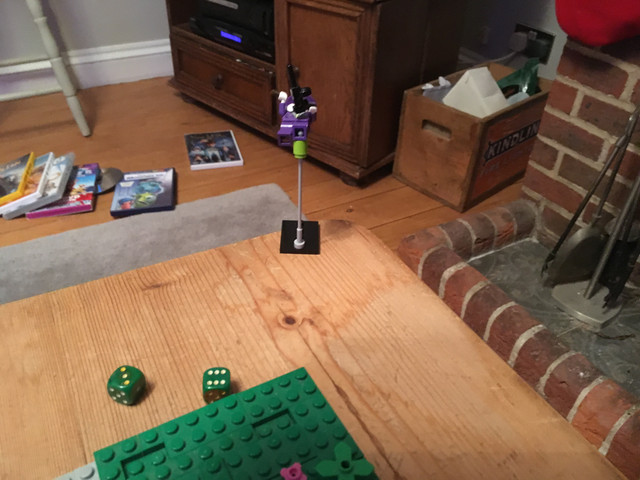 And he finally falls off the table; some say he's still falling. 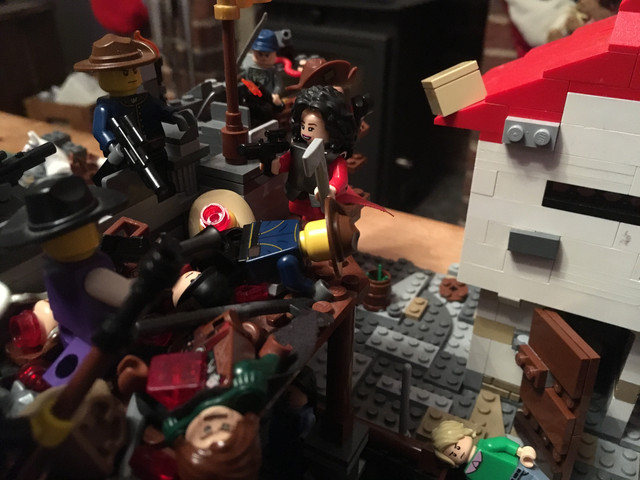 Molly Hatchet picks up a gun and tries to shoot black hat but doesn't do enough damage. 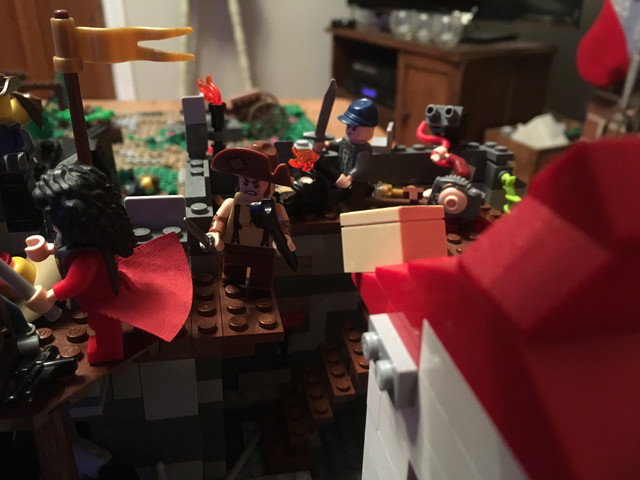 The other peasants move up behind Molly, ready to fight. 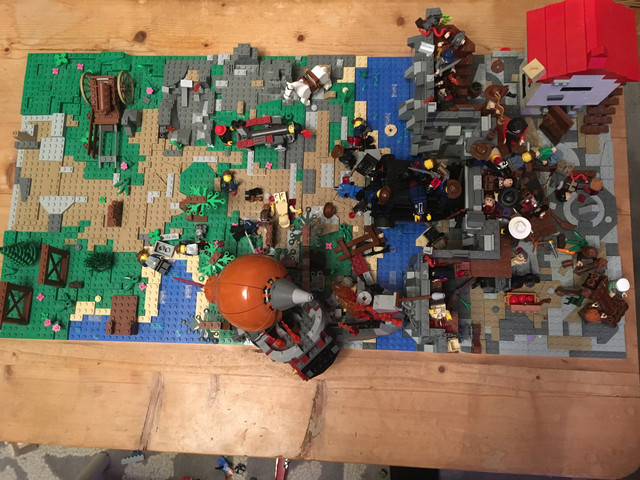 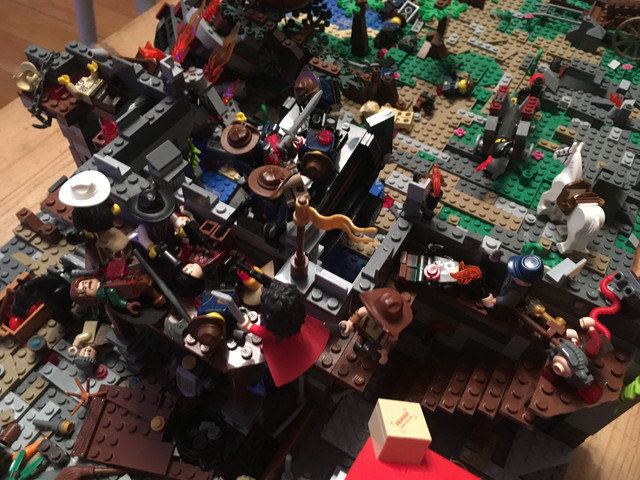 Send in your Ordersz!
My other Stuff

Turn 8
My other Stuff