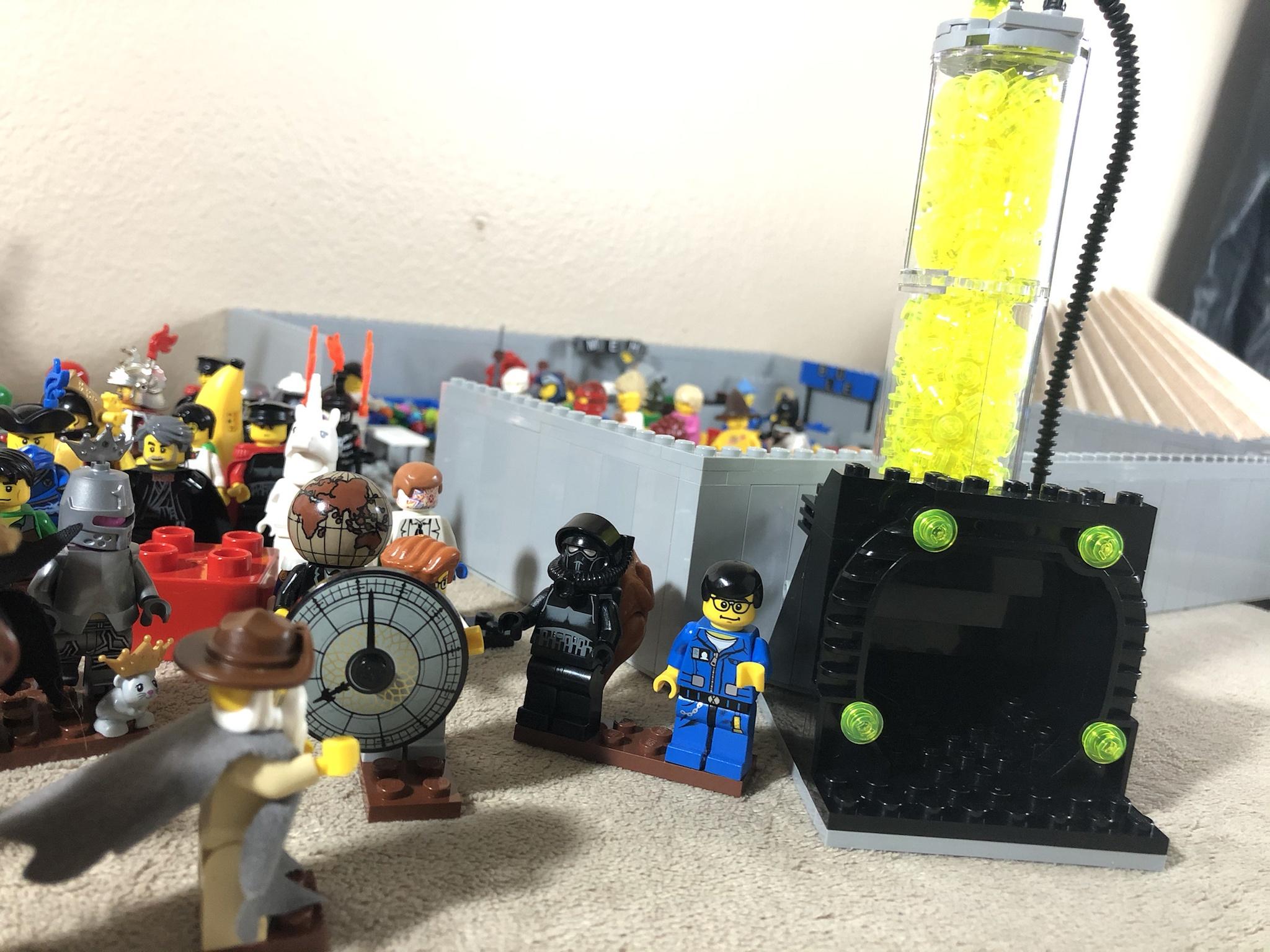 Kastrenzo: Correct. This one is powered by a Dew-LGT Maniak Beer mixture which should have the properties necessary for bringing back SigFigs like the dimensionally energized beer cache at the Konvergence, but much faster acting. If you die, this will get you back in the fight. Dying won’t hurt any less though, and there’s a limited fuel supply, so you know, don’t make a habit of it. 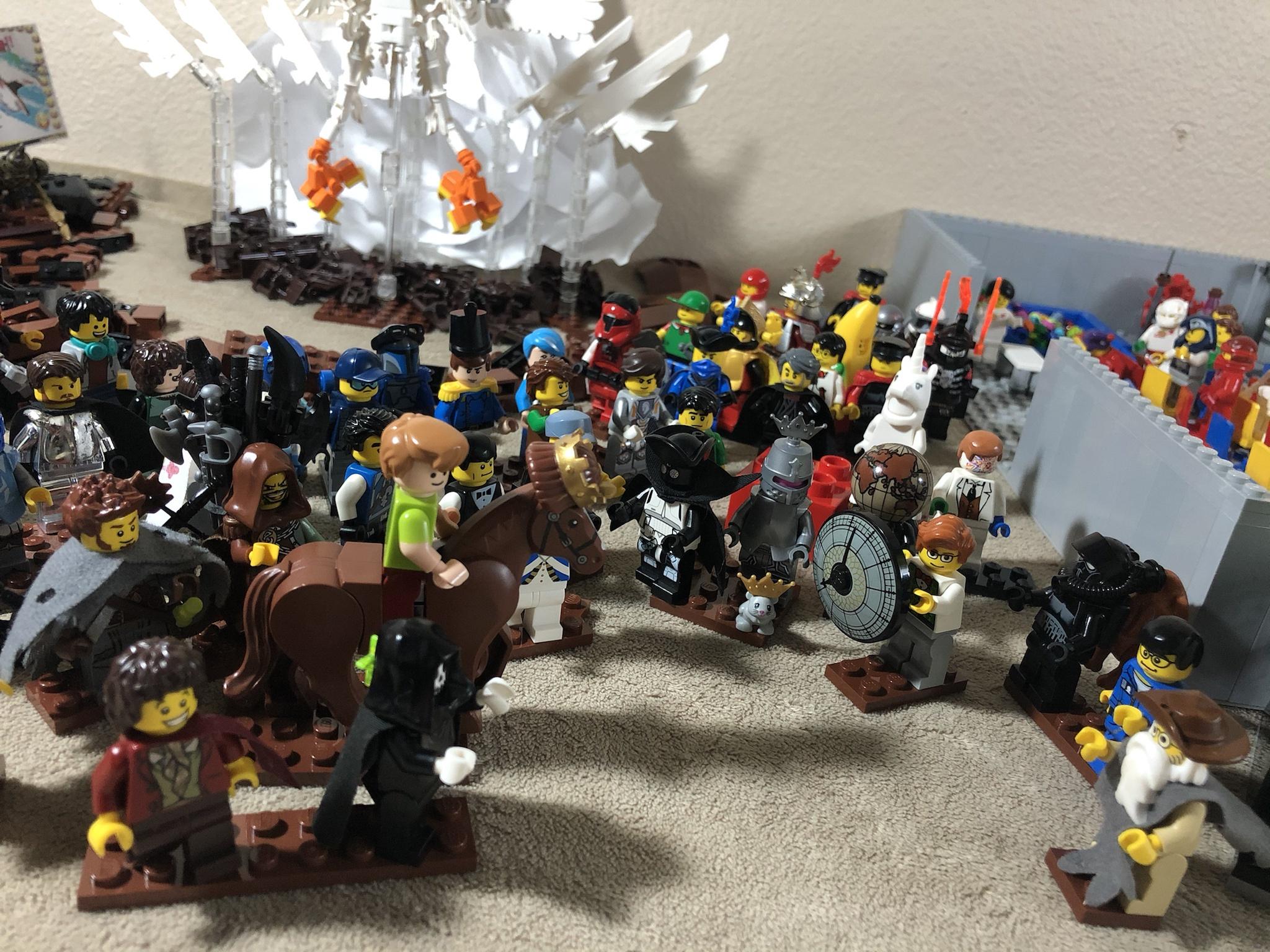 Bookwyrm: Excellent. Everyone else, are you all ready? Everyone should be holding their action for when Red releases his time slow effect!

RedRover: I sure hope y’all are ready, I can’t hold it much longer!

Zupponn: You all know the plan! Drive back the chicken kaiju until it can’t fight any longer, drive back Frobo’s gang, and try to avoid getting the cosplayers or Seekers of Truth people killed! BRIKWAAAAAAAAARS!

This will be a team-based Raid Boss styled Brikwars battle, reminiscent of old forum games like “Destroy the GodModder” and the like. All of you will be holding the line against the most terrifying creature to have come into being in the Brikverse in recent years, the cloned Nega-Surfer kaiju monstrosity known as Skyfall Whiteagle! You may have your personal differences with the other users, but killing each other over petty bullshit can wait for next time! Now, you will all have to work TOGETHER to drive this fearsome foe away, because it WILL NOT PLAY FAIR. The Deadly Space Master Builder Academy will lend you their support, but even with all of you and them together it might still not be enough to win, especially with Frobo the Swaggins and his motley krew causing trouble from the sidelines on top of everything! And who knows exactly what the Seekers of Truth will do in this situation... Help? Hinder? Depends on what is best for their own goals…
__________________________________________________________________________

Citizens of the Far-Ums: (Played by; Pretty much everybody in the community I could manage)
All Far-Ums members are allied against Skyfall Whiteagle and Concave Dolphin, and are allied with the Master Builder Academy. Your objective is to destroy as many members of the opposition as possible and beat down the boss until it is no longer in fighting shape and must retreat back into the Negaverse, while racking up as many combo/kill points as you can to one-up your fellows! The Dew-Powered Lazarus Gate has a grand total of 250 resurrections at its disposal to bring you back when you are inevitably killed in an over-the-top and excessively messy manner by the psychotic boss monster. One rez will be consumed per QS that gets brought back each turn, and can only resurrect Far-Ums members, no other factions can benefit from this effect. You may also take on additional side-objectives based on your character’s desires (*within reason*), and for each one of these completed it will count as one extra combo point for your character. Dealing a crippling blow to Skyfall Whiteagle will be worth seven points for the one who accomplishes it, and assisting in an attack on the boss in the same turn a crippling blow is landed will grant one point as well.

~Redshirting: The Far-Ums residents will be able to use their connections to Humans and the Great Builder to inspire any fig from any friendly faction, including each-other, to redshirt for them should they die. If it is the SigFig of another player you wish to Redshirt, they will have the opportunity to oppose the roll if they wish as they would a standard heroic feat, leaving the victim to their own fate.

~Heroic Feats: Like normal, any number of Far-Ums residents with active players will be able to combo their heroic feats together into team attacks and moves if all parties agree to do so, and the highest roll will be counted for the results. If combined with an NPC’d or AFK SigFig they will assist automatically. Unlike the normal rules, every player may use a heroic feat each turn to get off multiple team attacks, and no crankiness penalties will be assessed, however to fit into the initiative properly, a combined feat only fires off on the turn of the member last in the initiative as a balancing factor. This means that you’ll want to co-ordinate who is doing hard-hitting team attacks and who is getting off early single-player feats to keep the boss’ attention. You also have your designated SigFig Abilities at your disposal, which are your unique attacks and character specific/signature moves or weapon special abilities. Using one of these gives a +1 to your feat roll and damage when using them but conveys penalties if used too often in a single battle. Beware however, the Boss has its own way of neutralizing enemy feats, so coordinating with other players will become essential if you wish to actually get through its defenses.

~AFKing: For expediency of the battle, Far-Ums residents without their corresponding player actively controlling them that turn (ie; the inactive Old Guard members, the Hot Dog Bois, and any players that AFK and don’t send orders before the turn deadline) will default to being controlled by the Mob Rule of the Discord chat, and the first person/people in chat to offer a reasonable action or otherwise come to a consensus for that fig to take will determine their action for that round instead.

Other Factions (Operates by normal rules when not otherwise specified) 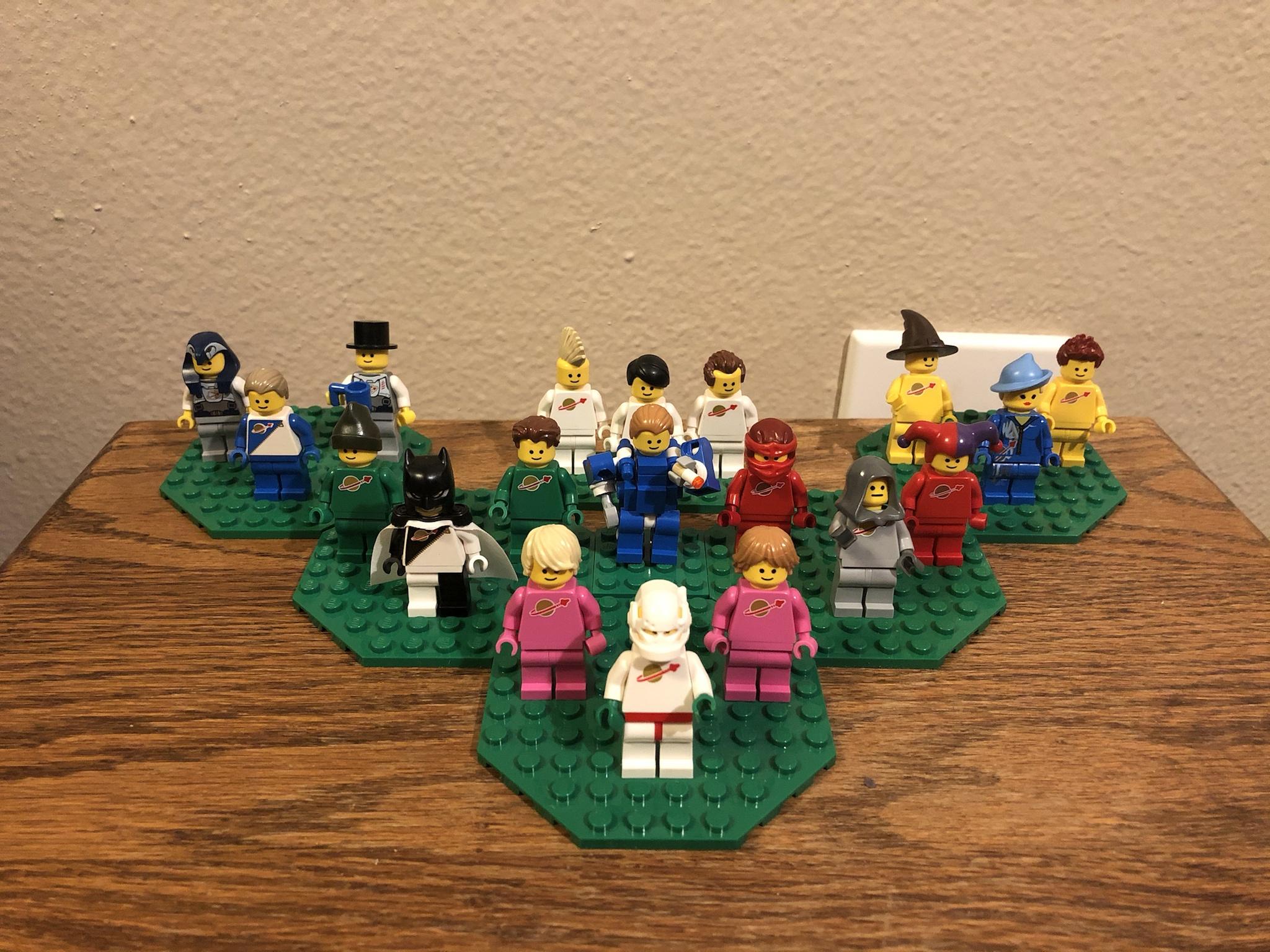 ”Cosplayer Congoers”/Deadly Space Master Builder Academy: (Played by; Screech)
Goal: Assist the Far-Ums Denizens in their fight, keep the Seekers from getting away with anything shady.
-Allied with; Far-Ums Denizens
-Enemies with; Seekers of Truth, Concave Dolphin, Skyfall Whiteagle
(Commander units can call in airstrikes and reinforcements for additional aid as per airdrop rules.) 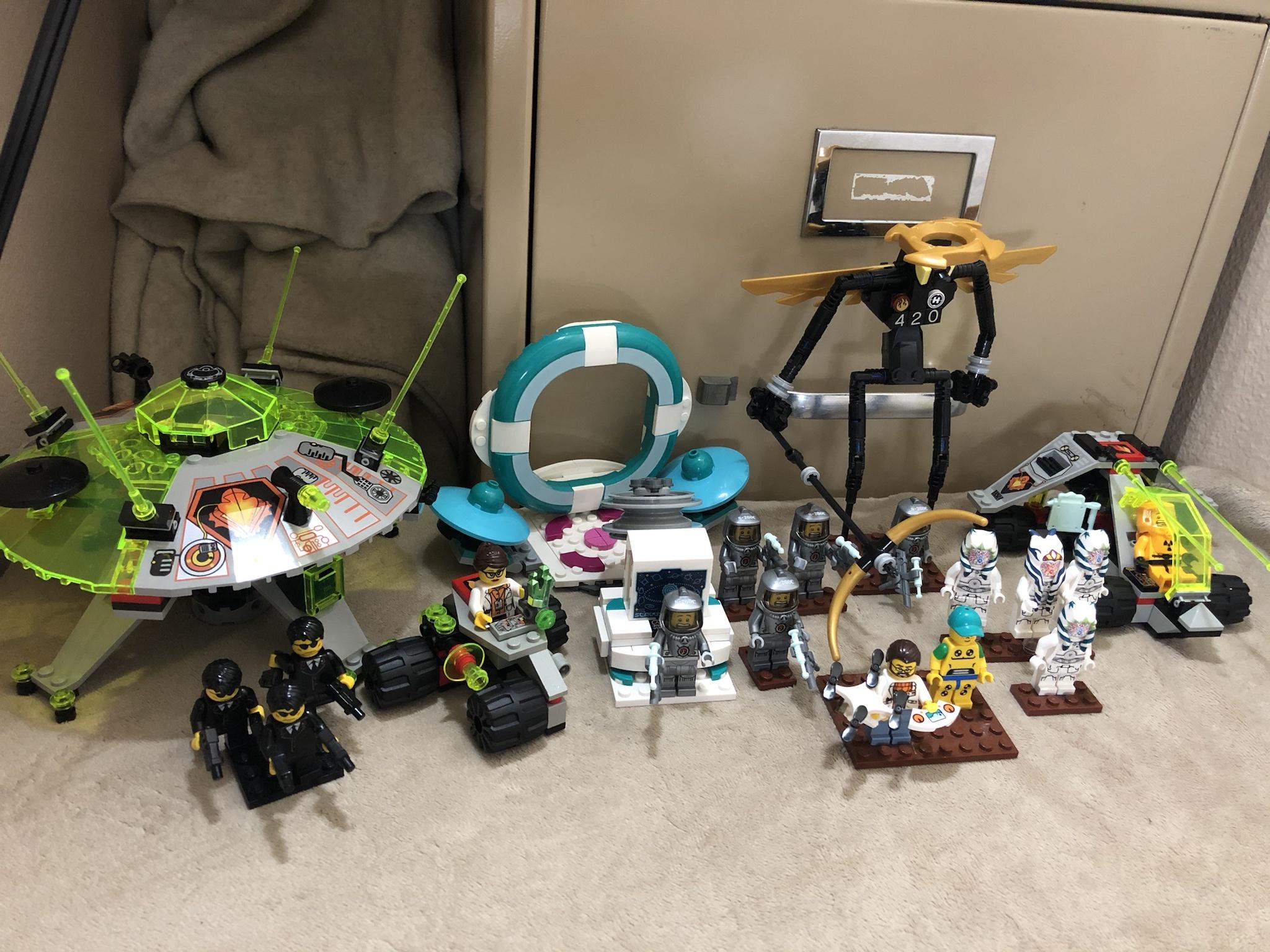 Seekers of Truth: (Played by; OPEN SLOT)
Goal: Escape through the A-Gate with a bio-sample from Skyfall Whiteagle.
-Allied with; None
-Enemies with; The DSMBA, Concave Dolphin, Skyfall Whiteagle
-Neutral towards; The Far-Ums Denizens
(Will become enemies with any QS that attacks them first or uses one of them as a redshirt, but may be willing to work together with specific QS individuals. Can receive reinforcements from the A-Gate.) 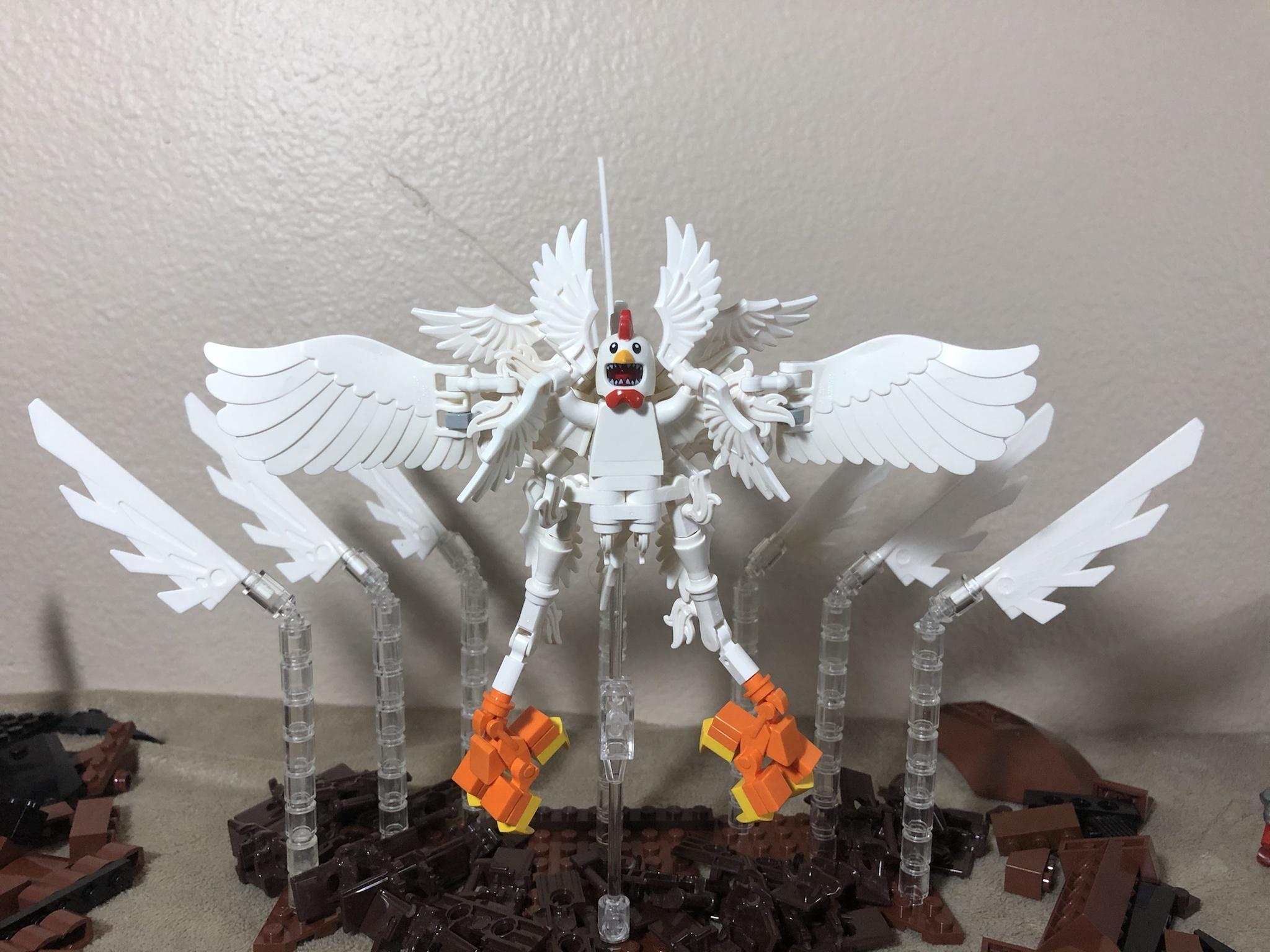 Skyfall Whiteagle: (Played by; NPC’d)
Goal: SKREEEEEEEEEEEEEEEEEEEEEECH
-Allied with; None
-Enemies with; literally anything and everything that moves.

[Adaptive Hero Slayer]
-Unit has a sonic wail that resonates throughout the course of the battle, like a sonar pulse that tunes itself automatically, but it specifically detects the use of enemy feats. Using a unique feat for the first time will not trigger this defense as it has not had the opportunity to tune against that feat, but any feat performed against this unit that is the same or overly similar to another feat used in the battle by any player previously is able to be pre-emptively detected and immediately nullified without the need for an opposing dice roll.

[Nega-Surfer Munchkinry]
Gains +2 to rolls for feats and SN effects that affect meta-game elements and rules such as adding new abilities to the unit’s statblock or directly attacking an enemy’s health abstraction to bypass their armor.

[Bringer of the End]
-Unit cannot die. Instead of operating with armor as normal, rolls at the very beginning of the round before anyone else moves; if the combined damage taken that round ever exceeds the armor roll then it is considered “crippled” until the beginning of its next turn, and can’t use any of the special abilities listed below this one.

[Wingblades]
-Telekinetically controls seven levitating wingblades with the blade on its back. These move independently of the structure of the unit and can be anywhere on the field. When making an attack with the wingblades, one action is sufficient to make an attack with each individual blade. If a critical hit is rolled on a wingblade attack, roll double the number of critical hit dice for damage. If the unit becomes crippled, a blade is destroyed at random.

[Speed Daemon]
-Always goes first in the initiative order by default, can only be overridden by enemy feats. If the unit was crippled the previous turn it re-rolls initiative for this turn and regains its position at the top of the round immediately after its turn ends.
-The unit can take a total of three actions on its turn, including holding one action for another player’s turn. It may not take the same action twice in one turn.

[Sonic Scream]
-If this unit has used Adaptive Hero Slayer to nullify a feat in the past two rounds of combat, it may use its Sonic Scream as an action to target another unit and use that same feat against it. Normal feat rules apply in this situation.

[SuperNatural]
-Allows this unit to roll 2d4SN and 1d12SN to produce SuperNatural effects appropriate to it’s Cliche each turn.
Last edited by Bookwyrm on Fri Nov 06, 2020 10:17 am, edited 1 time in total.

sahasrahla
that is a fantastic question to which no satisfactory answer will be forthcoming
Posts: 797
Joined: Sat Feb 04, 2017 5:40 pm

fugg yeah this will be chaos, can't wait
Top

This is like, the most references I've ever seen in a battle.

I use my feat to throw falk at whiteagle
I make apocalypses and apocalypse accessories. 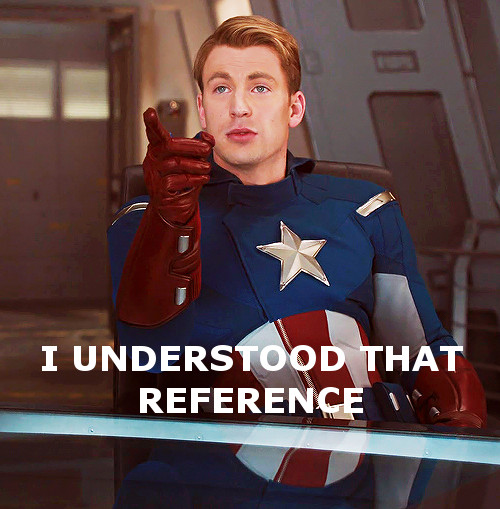