If you cram any more awesome into this thread, the internet will implode.
...
Now I'm curious, what are your views on drugs?
Top

Ha! Anyone made of flesh thats around the daemon better worry, you know what's coming next....
http://brikwars.wikispaces.com/
Top

Hey, don't count the good guys out yet!

We've still got Stubby and my man MANLY FUCKING SANTA still on the case PLUS Warhead and Benny destroying the daemons from within. Those bastards don't stand a chance. 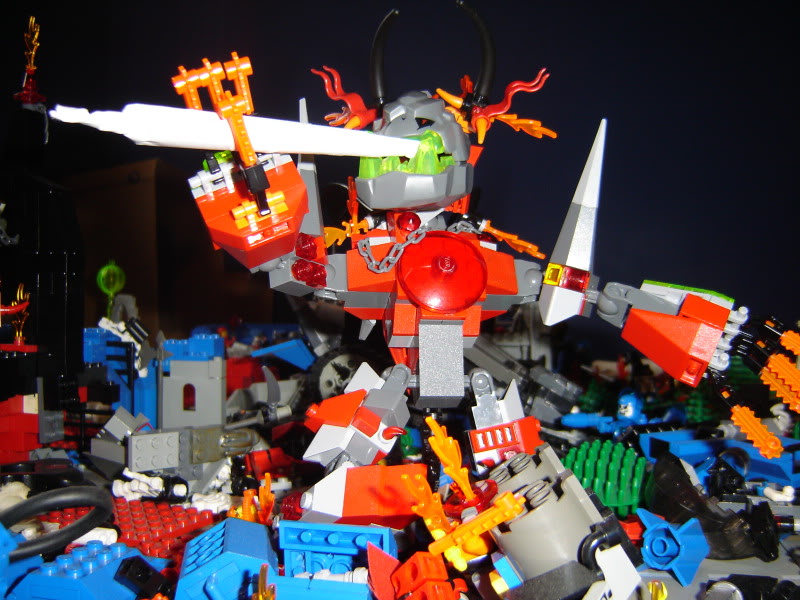 The OLD ONE takes a victor drag.

Hah! My plan worked. OK Officers, I told you where he'd be. Operation Home Raid is a go! go! go!

MasterEcabob wrote:Hey, don't count the good guys out yet!

I'm a good guy now? I think you guys have been misinformed.
Top

Despite my plan back-firing (haha firing get it?) this seems to be a good situation for me. Also my lasers aren't plasma based to whoever asked. They're lasers.
▲
▲ ▲

I'm not really annoyed as yet but I can spot a potential situation that will fester and will likely cause me annoyance. I hate it when the actions of others upset my plans. Therefore I have already thought about this and I have taken the time to have thought out a response to this question.

Before even more people try getting all superior and technical with me here is the reality of it in this my world, of which ZZD is a part there of. Things named Laser are laser based and therefore do not apply in this situation, my miss/understanding of lasers is not important here, this is not reality after all. Weapons named Plasma are Plasma weapons and therefore obviously they do apply. If someone comes on here flouting my simple draconian logic with their half assed almost but not yet qualified degrees in physics or christmascracker diplomas in theoretical bollox then they can kiss my ass. My world, my word, my law. Deal with it.

I don't do subtle or diplomatic and I loath people who handle others. So I'll just tell you and you can go along with the plan or get the fuck out. Objections?

Warhead wrote: I'll just tell you and you can go along with the plan or get the fuck out. Objections?

I love how playing the bagpipe at the end makes every post better.
Top

It does help take some of the sting off. 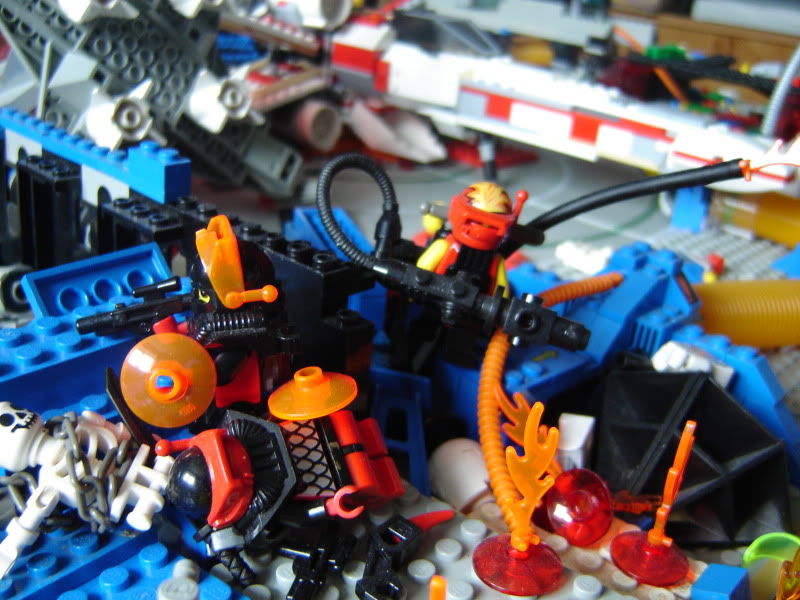 Seeing the Regimental Standard lying on the Battlefield the VOL Trooper stops to sets things right. 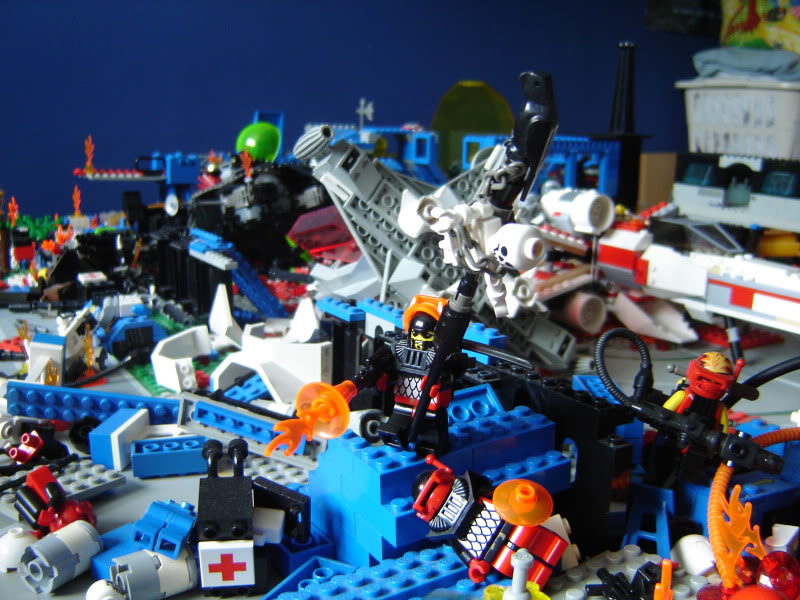 Striking a patriotic pose he opens fire on the UDSM... 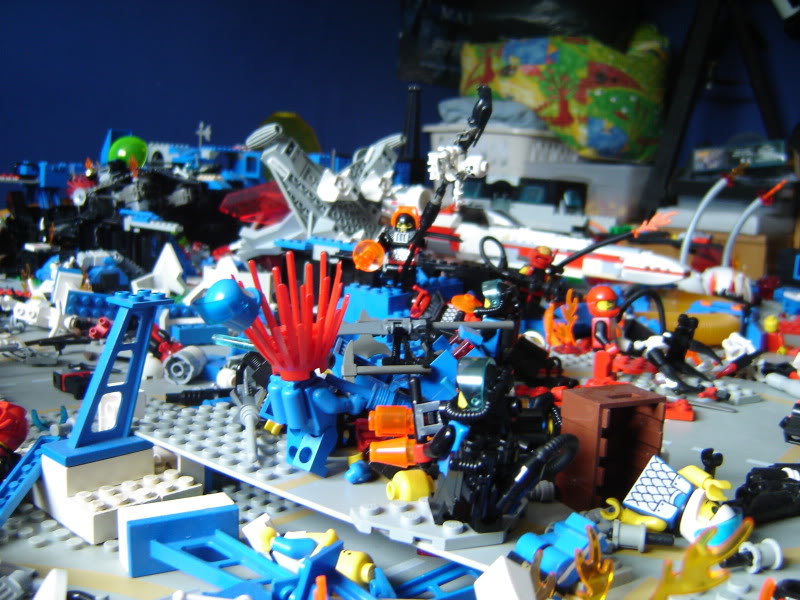 Blowing his head clean off. 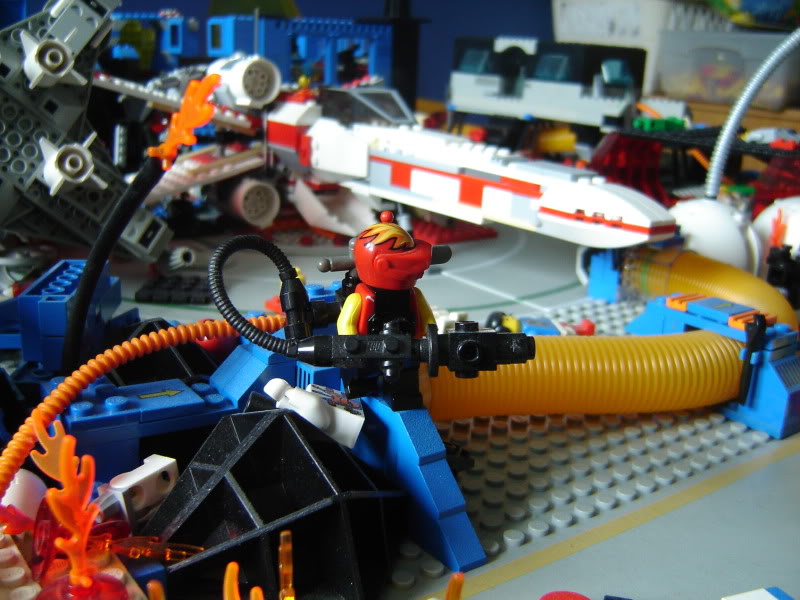 The Immolator having seen the Peach Champion pass, does a spot of trouble shooting. 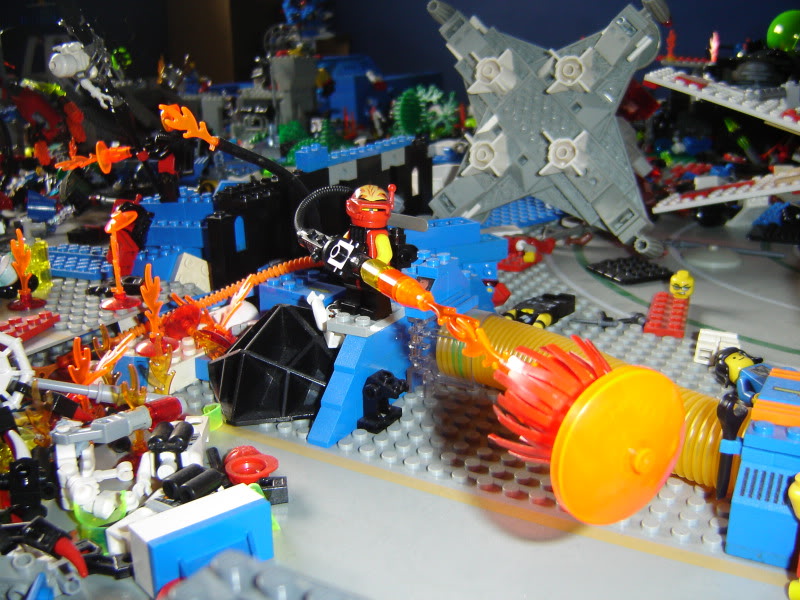 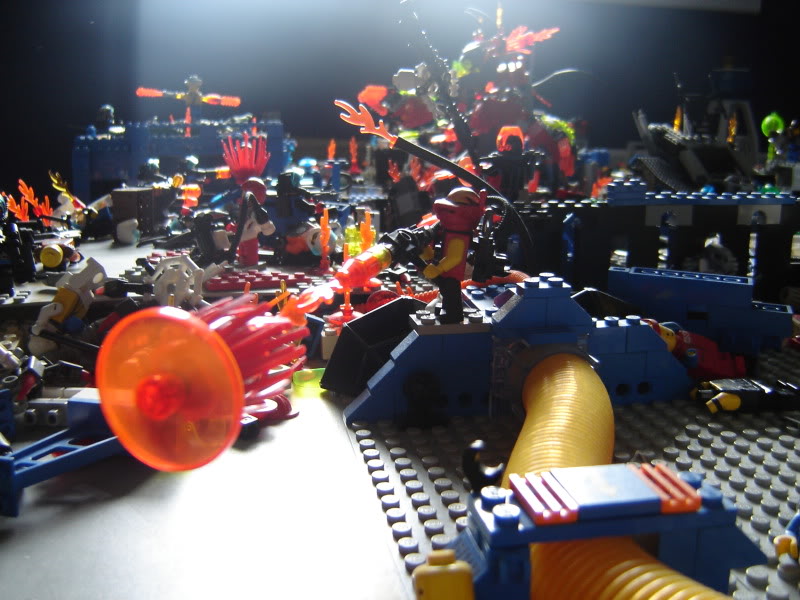 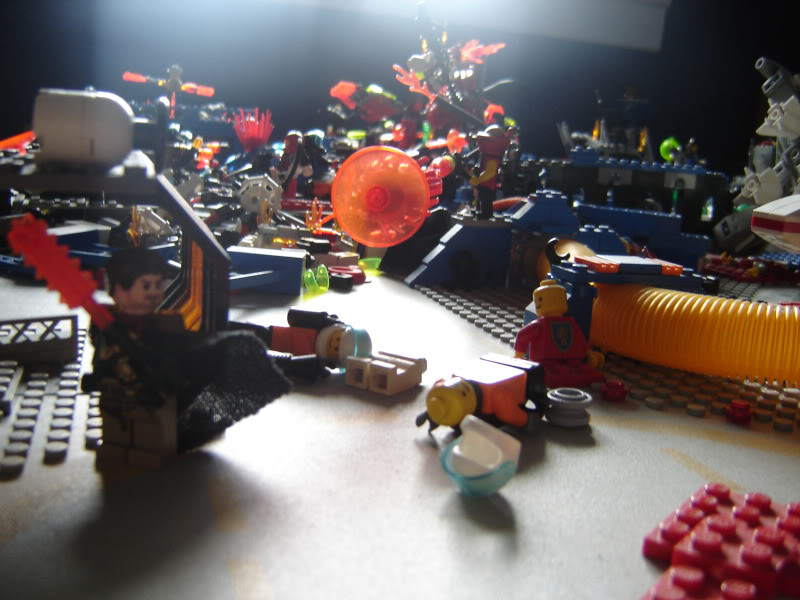 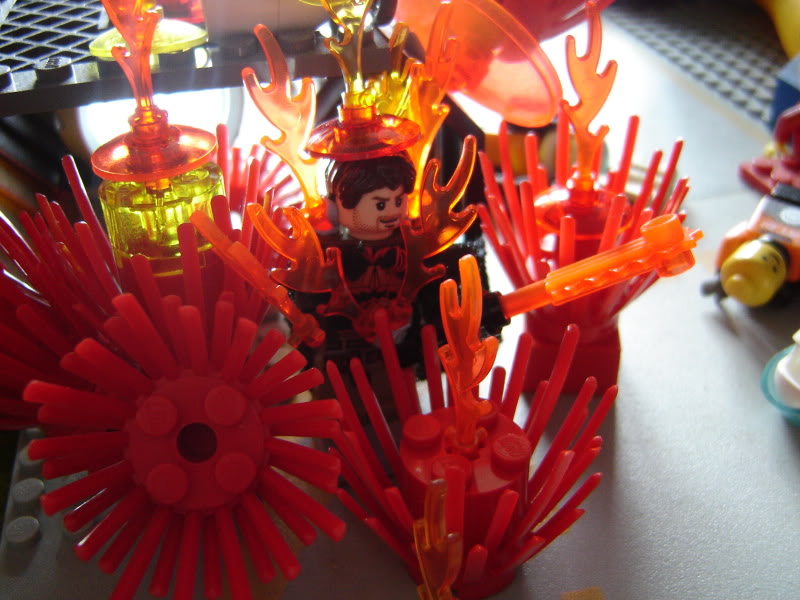 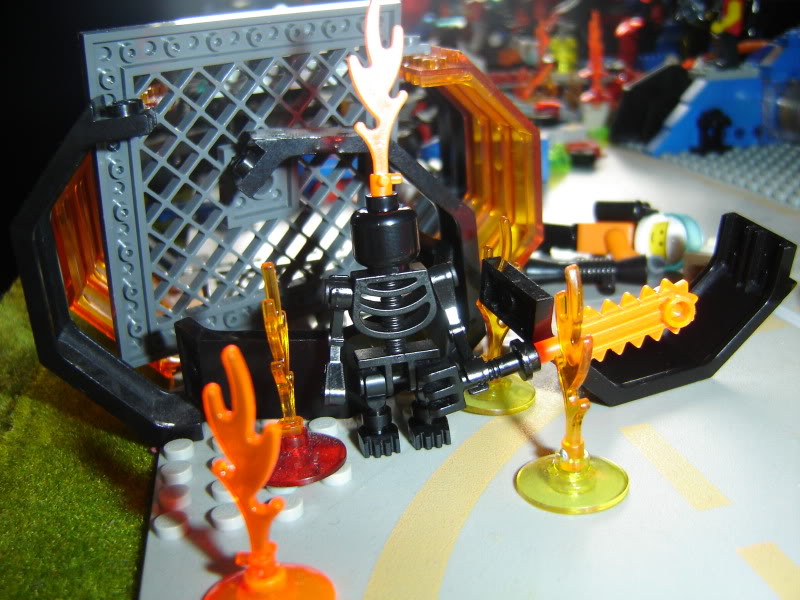 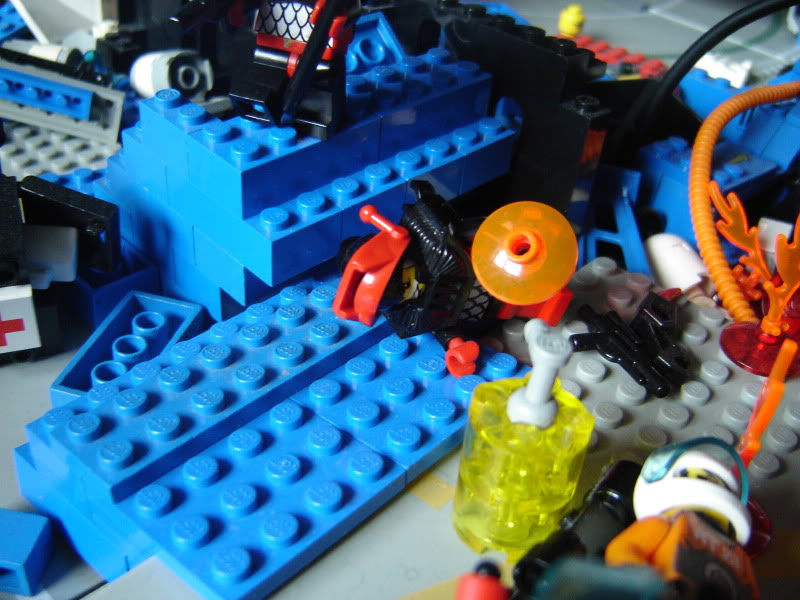 The Combination of the Iconic Champion Killing and the Patriotic pose unlocks another achievement.

DO YOUR DUTY NO MATTER WHAT

On the roll of a 4+ any VOL on the battlefield that is whole and missing no major limbs may return to life to fight on once more for the Glory of VOL.

The Lieutenant stirs back to life. 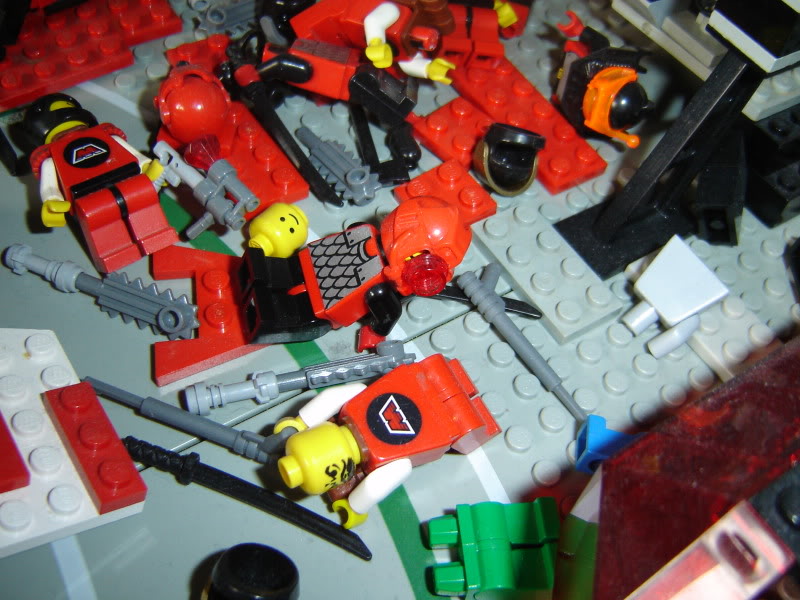 A lone Einherjar awakes far from the fighting. All other VOL that have died are too badly damaged or fail to make their roll. 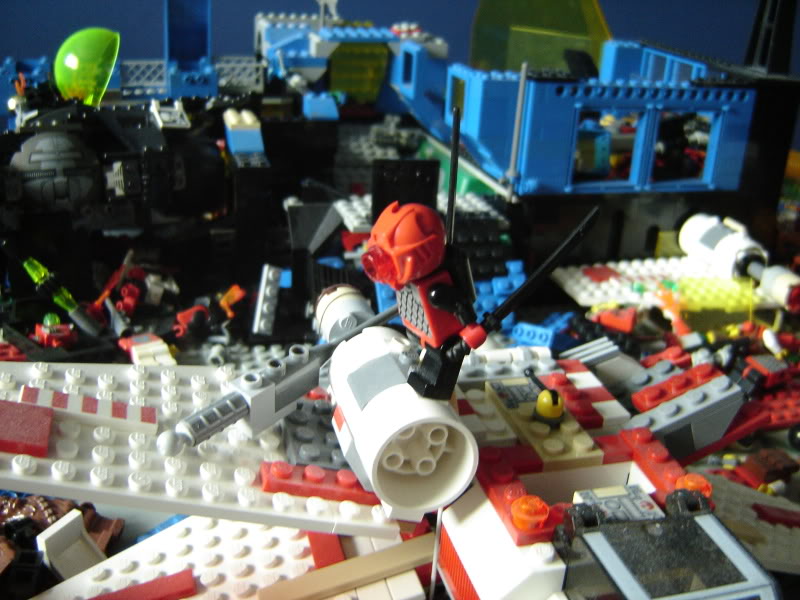 The Einherjar speedily makes his way towards the standard as do the other surviving VOL as they rally. 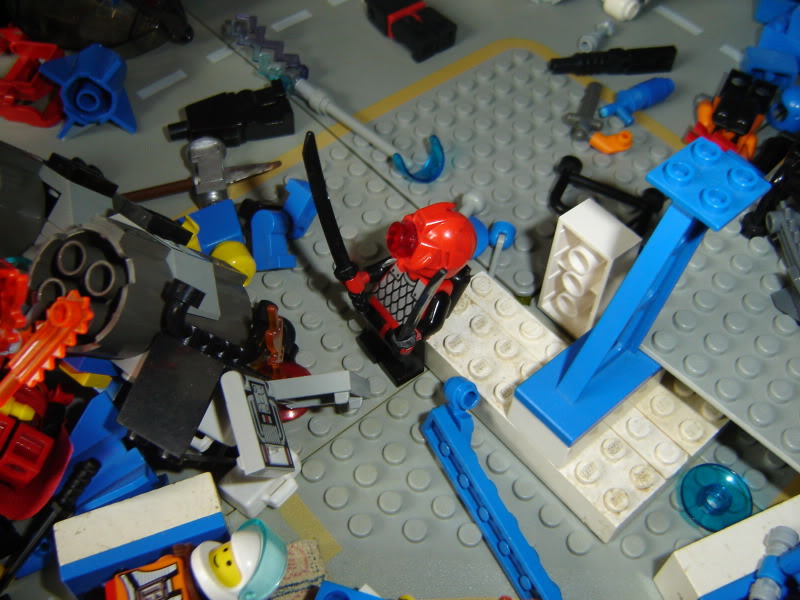 Which is just as well, because the other Einherjar had not been looking forward to single-handedly taking on the OLD ONE. 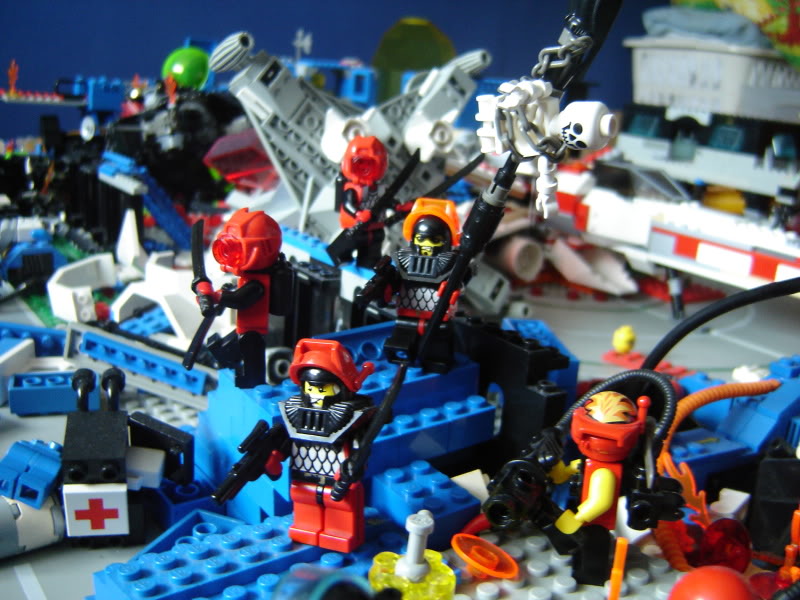 Their pride restored the VOL are ready for war... but where's their leader?.. 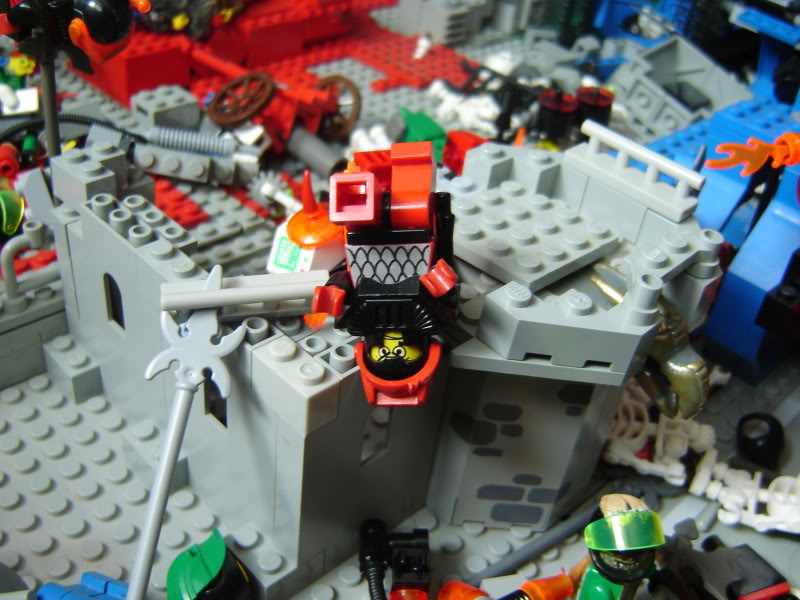 Stuck fast where he landed Leonidus can only struggle vainly until he hears the call of the standard, maybe, just maybe... 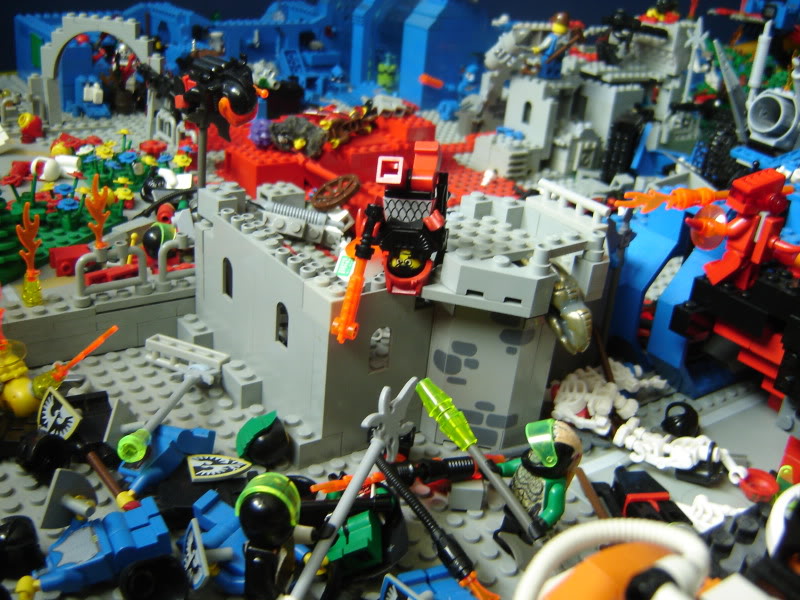 AH-HA! Right, which one of you bastards wants to be first for an OTC enema?!.

With only two troopers left and after considering their orders, and that fresh reinforcements should be on route I find there's only one option... 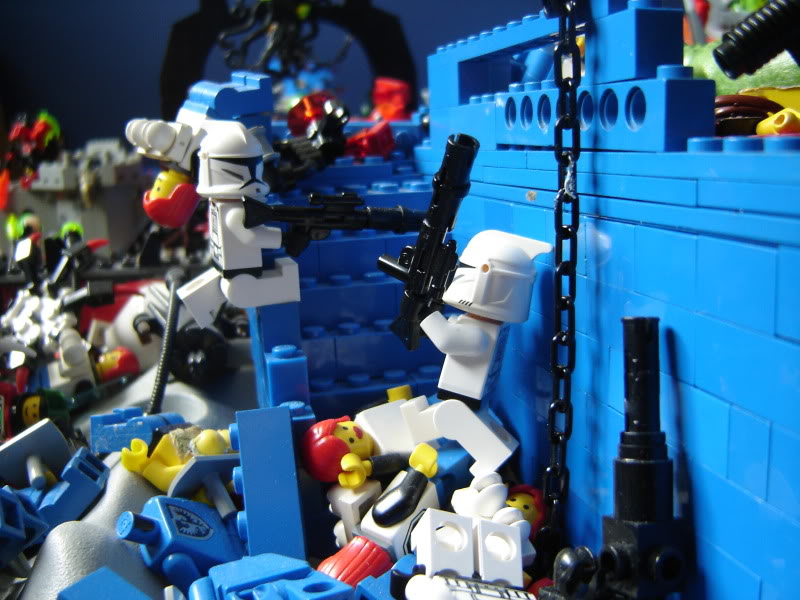 The Troopers sort their weapons out between them and... 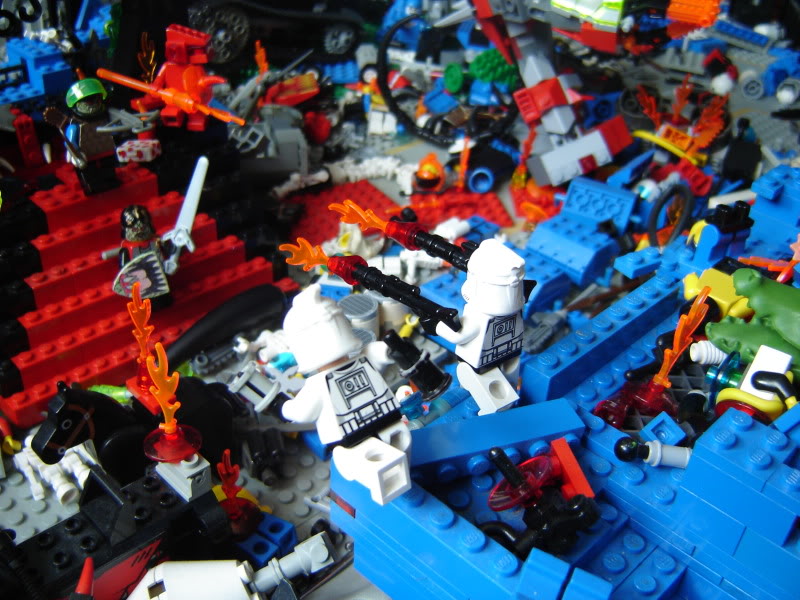 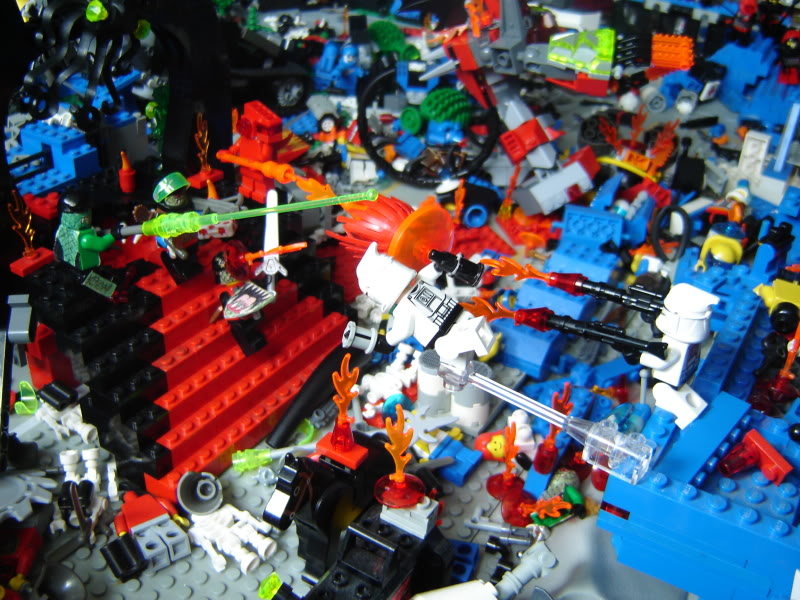 Guns blaze, a Daemon Minion is hit in the face. The Clone PLA Suicide Grenader is missed. 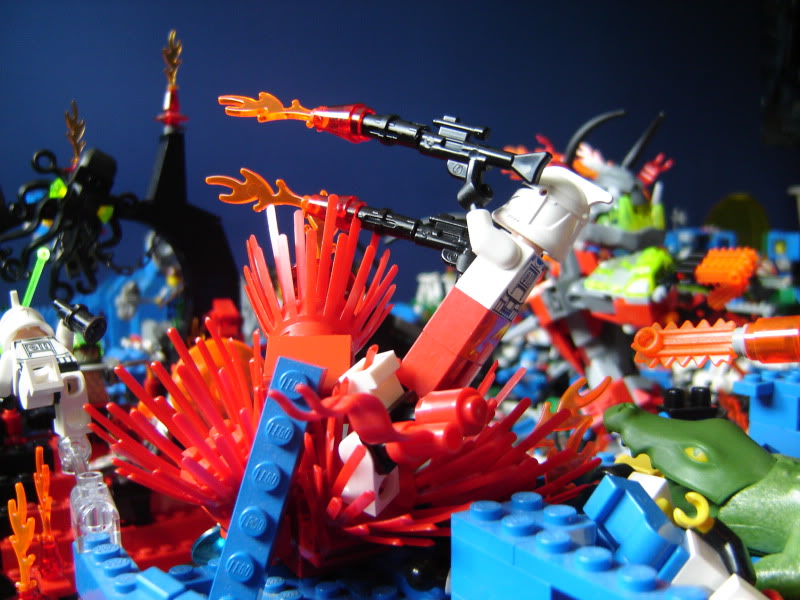 The other Clone is not. 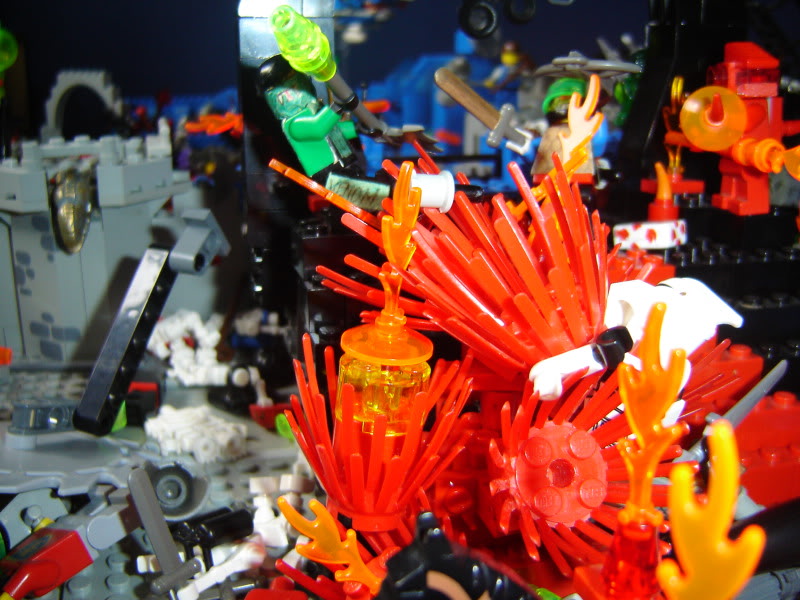 When the suicide Clone has gotten as far as he can he detonates his Grenades. 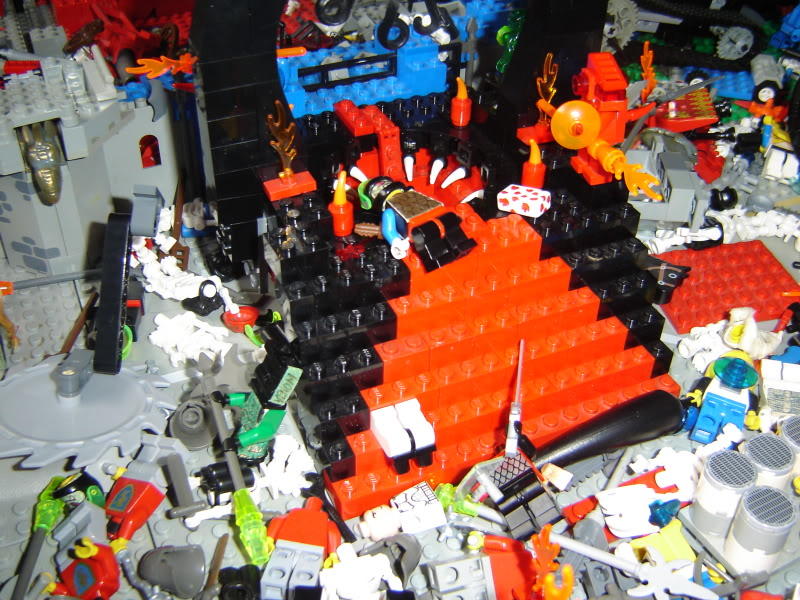 The Xbow Minion is killed while the Minion with the Glaive is thrown off the Daemonic Gateway steps. 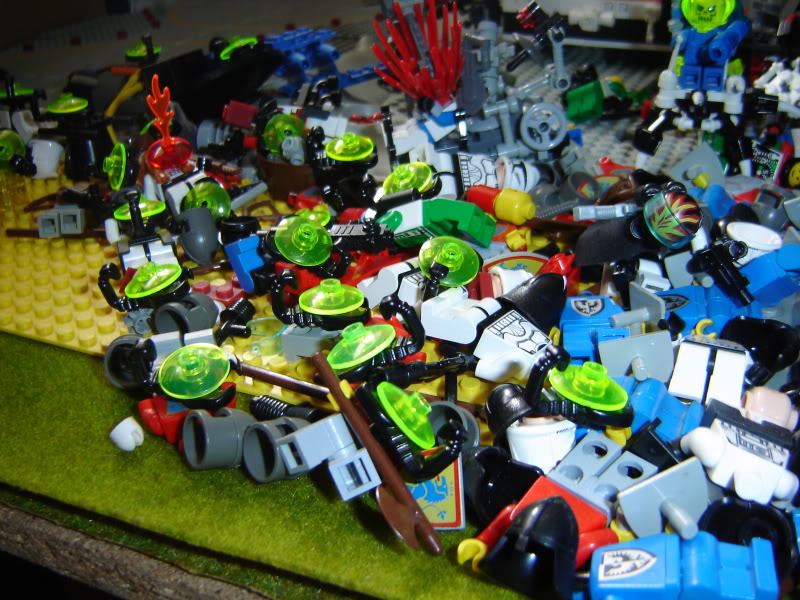 Why are these Fleebnorks eating EVERYTHING? This may provide some of the answers... 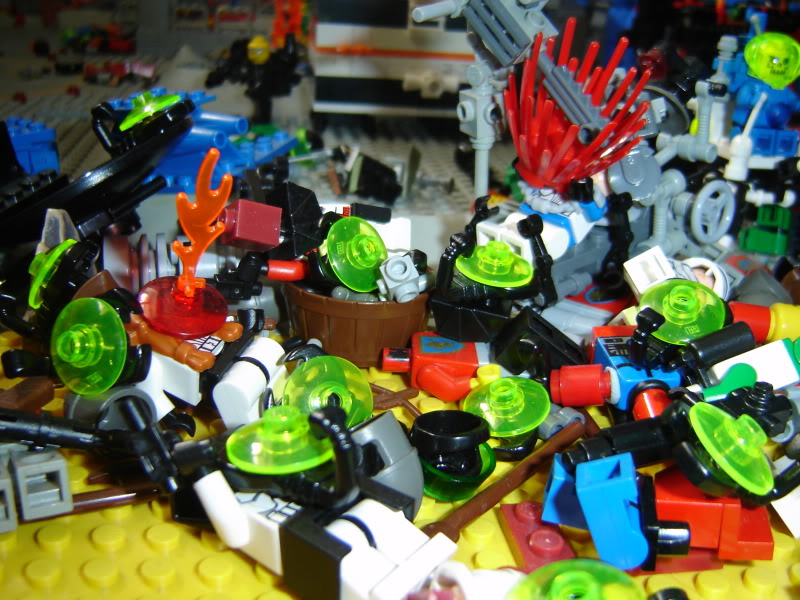 Happily the GM Fleebnorks consume whatever comes to claw. 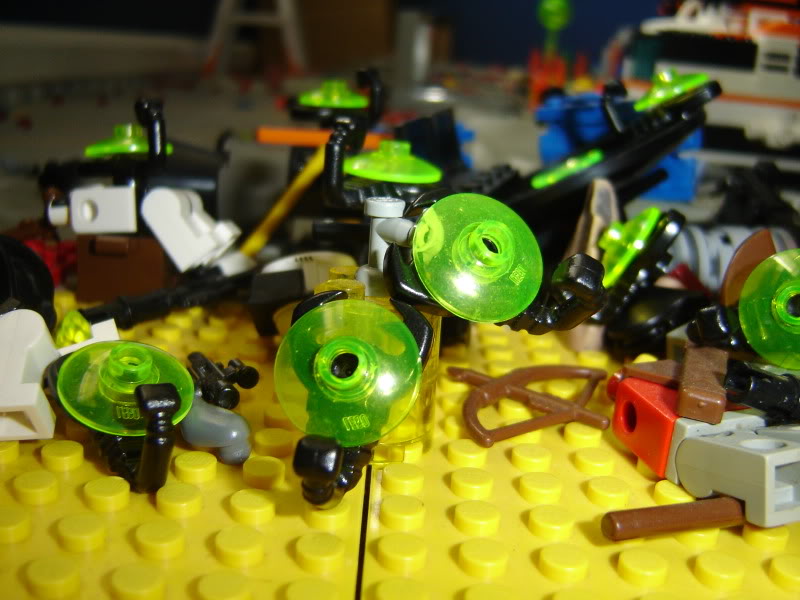 Oh No! Not the Maniac Beer! 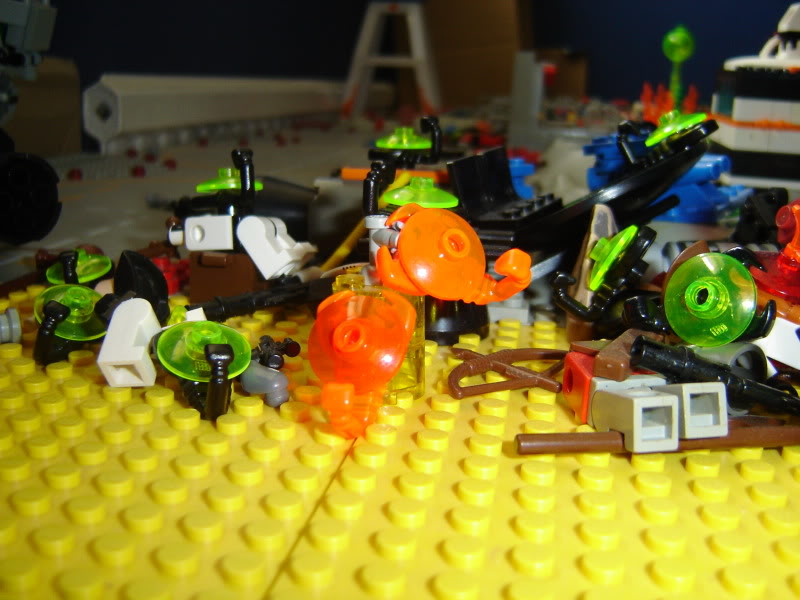 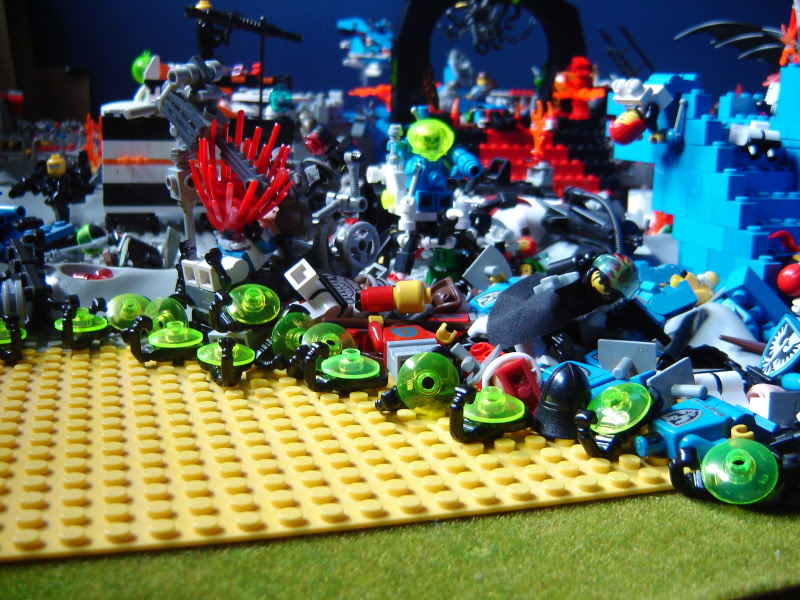 Nothing is left behind in the wake of the Fleebnorks as they begin to spread out. 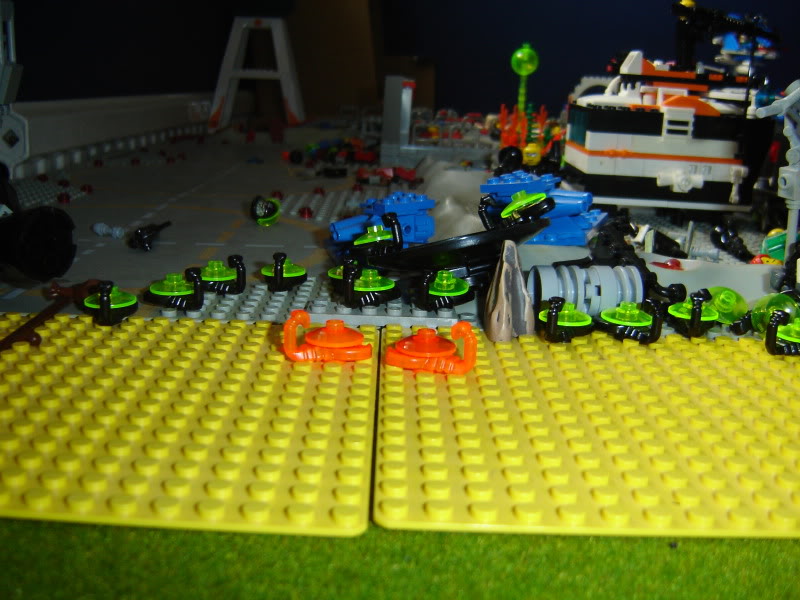 Curious behaviour for a Fleebnork, extraordinary... what are they up to?