by Kommander Ken
Hot damn, that purple transparent is so sexy.

by BFenix
These are some awesome and very well thought mixes! And Haldric looks badass 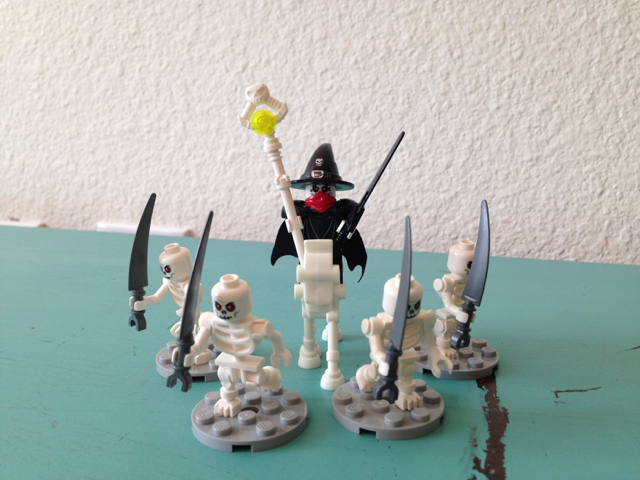 Fun little doodle with the Necromancer and the skirmishers

by RedRover
Added another Human guild.

by TastySkippy123
Man, those orks are cool.

Finally, someone has got those annoying nexo knights and made them awesome!

About time someone made a dark elf army, great job.

And I like everything else. All these factions would make a good really big forum battle!

"From Hell we rise, for Hell we die." Daemons are from another plane but have a direct connection the realm of Novium. They lust for power and dominance making them worshipped by minifigs of all races. The Hellfire Legion is an army of Daemons led by the fallen celestial Vanalohr who seek to fully enter into the realm of Novium and dominate the land. When the great magic barrier was erected, their connection to the plane of Novium weakened, also weakening their influence and presence. The Daemon Hunter’s Guild has dedicated their lives to eliminate all daemons and sever their connection to Novium. 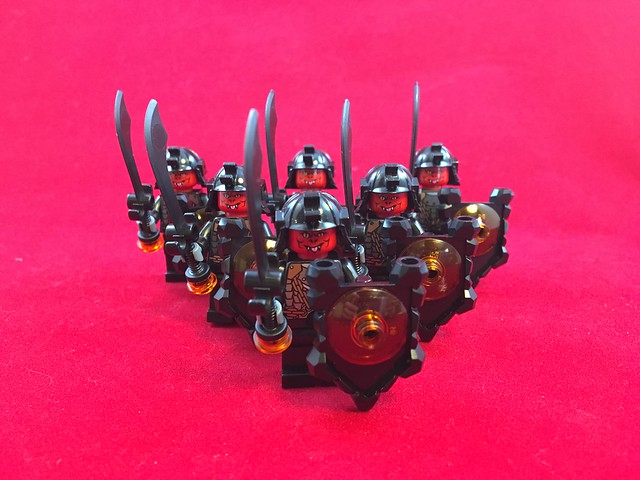 The lesser daemons make up the brunt of the legion. The are armed with hardened blades of ebony and brimstone. 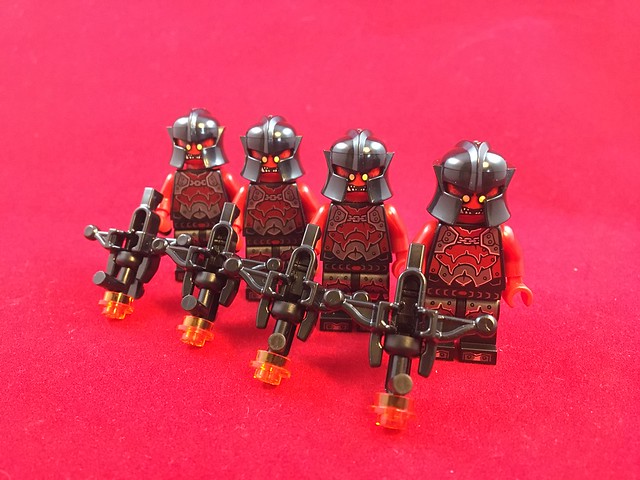 Their rifles resemble crossbows and they shoot beams of hatred and pain. 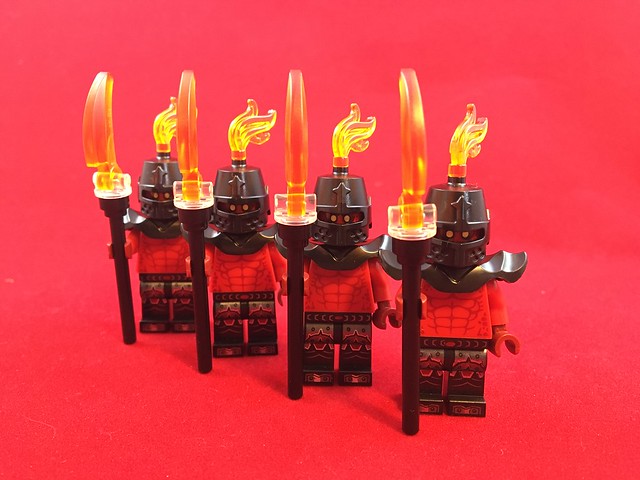 Powerful Daemons that can decimate entire forces with pure might and are immune to most forces of magik. 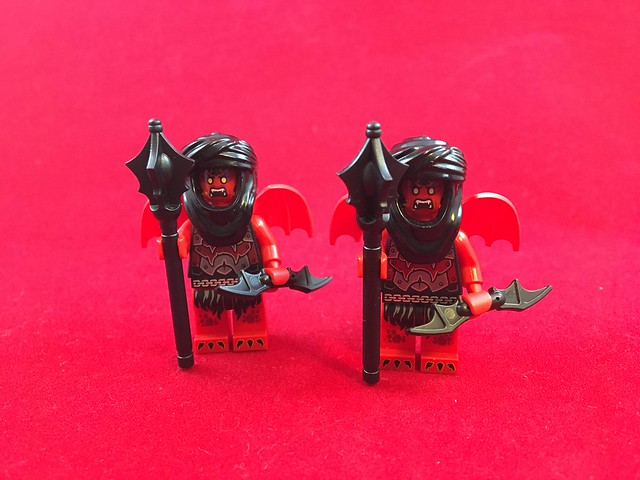 Flying spell-caster units that specializing in de-buffing enemy forces through magik and lust. 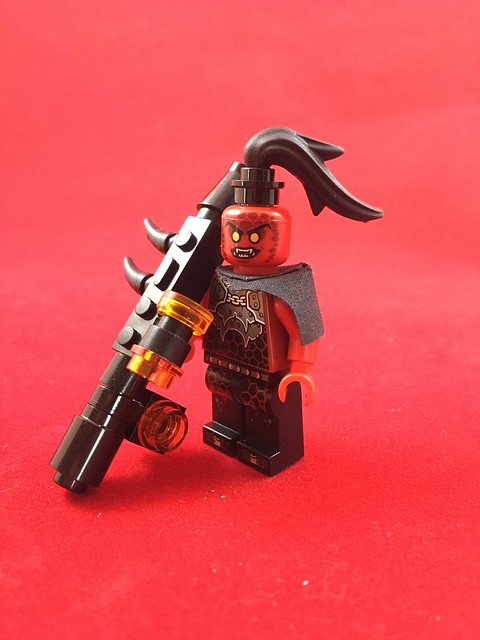 A Daemon Captain (Fiend), Tirkerol leads contingents of the Hellfire Legion on the order of General Xazrokod or Vanalohr himself. 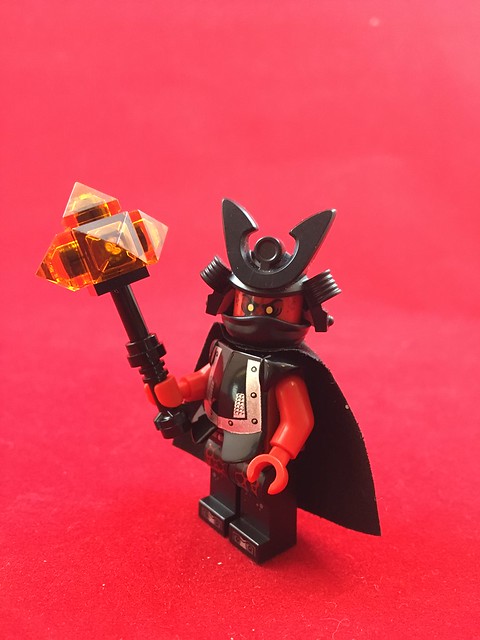 General of the Hellfire Legion, Xarokod is known for having a short temper many of those setting him off meeting his OT mace. 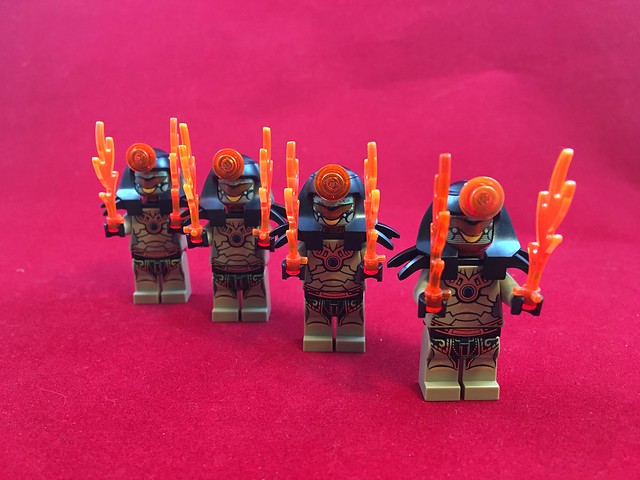 Lesser Spirits of fire, they can cast spells and inflict deep burning slashes with their projected swords of flame. 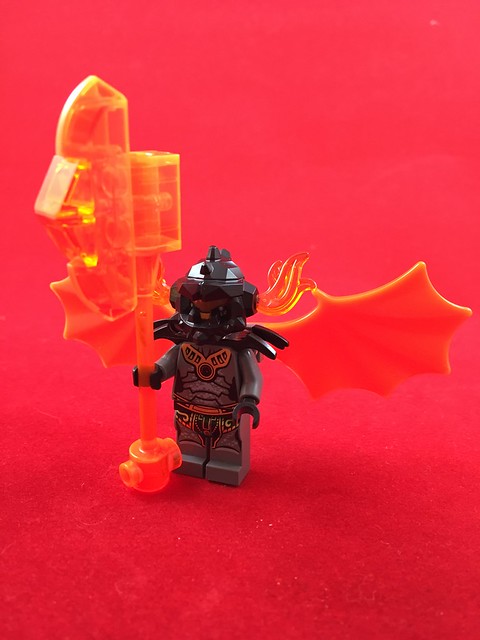 Firahn is the king of the fire spirits and is considered by many daemons the living embodiment of the force of nature that is fire. Firahn's main purpose is to see everything burn and has joined forces with the daemons to spread his flame across the land. 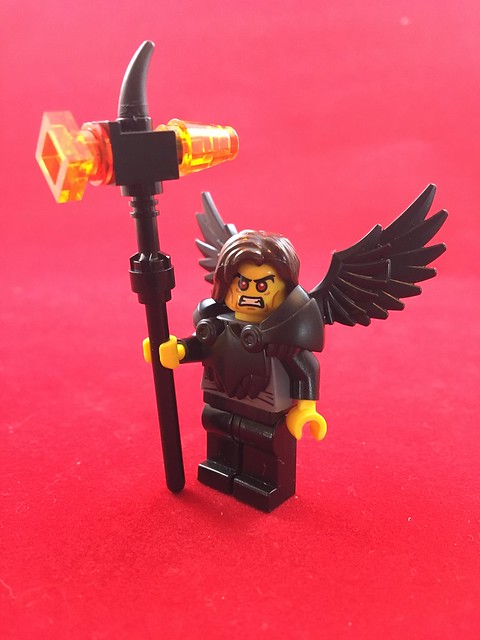 Vanalohr was previously the Arch Celestial of the Celestial Order. When he wanted to destroy Novium and start over, he was overthrown by some of his closest allies in the Order, led by his brother Teriesh. Promptly after his leadership was ousted, he turned his back on the Celestial Order to carve out his own destiny. He has taken control of the Daemons from another plane and seeks to bring reckoning and vengeance on the Celestials. His pursuit of self-serving power has corrupted his appearance from the "purity" that is a hall-mark of the celestials. 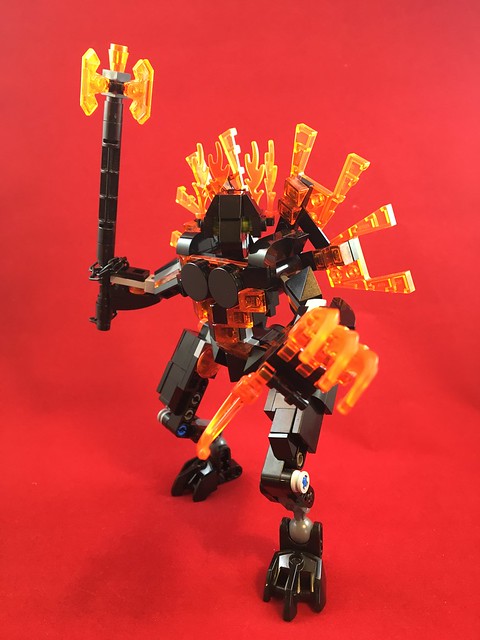 The Matriarch is one of the most powerful daemons of the plane. She absorbs the hatred of various worlds and the souls of the lost to produce new daemons to serve the hellfire army. Previously the ruler of all daemons, she is currently being controlled by Vanalohr.

Although there are beings from other planes worshiped by the various people and races in Novium, The higher plane (Haven) was the most widely worshipped before the great magik barrier was erected. Because of how widely they were worshipped, they had the most direct influence in Novium. Haven is run by the Celestial Order, a group of powerful and higher beings. At the height of their power, The Order still governed Novium in a very apethetic way, often caring little for the plight of the mortals and more concerned with internal politics. Now, Celestials are rarely seen intervening or taking on physical form in Novium, but when they do it is for good reason. Because of their uncaring attitude and general absence, a large population does not believe they exist and either worship other beings (real or fake) or nothing at all. 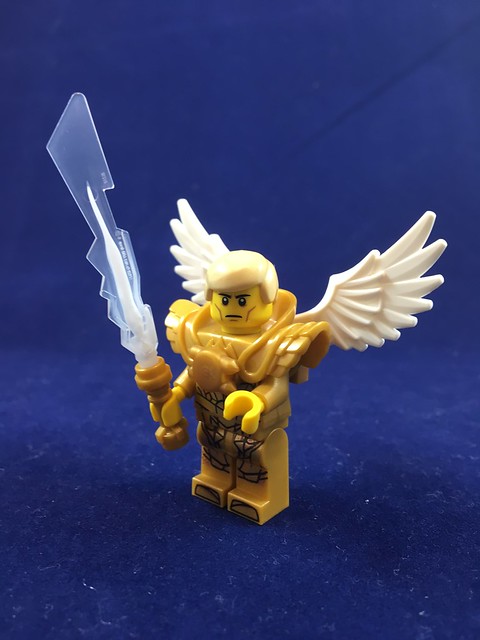 Carrying the title Arch-Celestial, he leads the Order. He holds the blade of purifying light which can cut through things that are impure leaving them unmendable. He is unmerciful and only concerned with enforcing justice and the law. 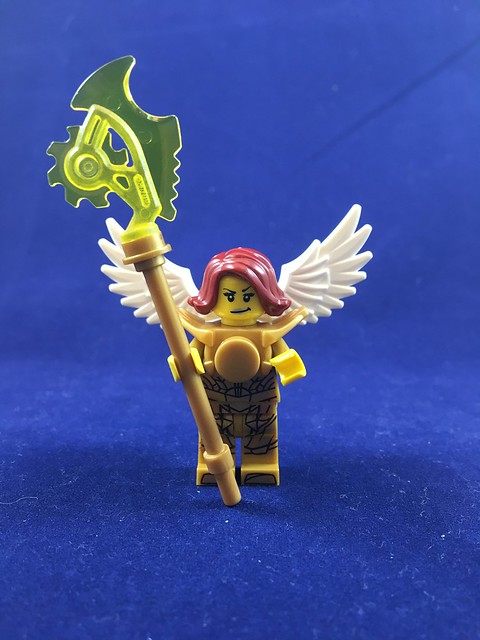 Naya'il is even more serious than Teriesh. She is the first to side with swift and correcting courses of action, often calling for even more stern and strict responses. She wields Requiem, a staff that can manipulate the continue of growth & decay. 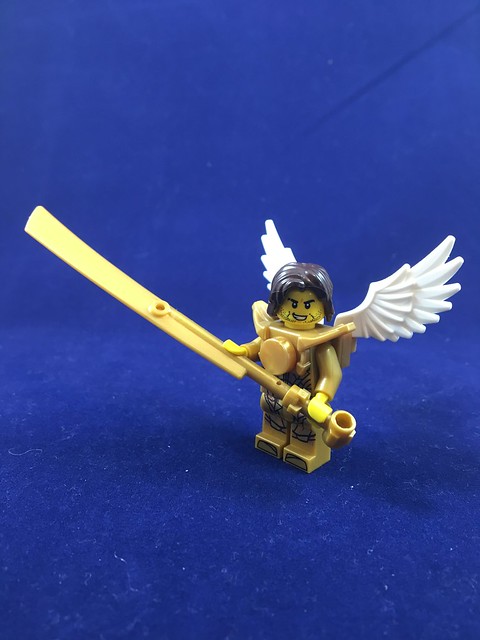 He wields a giant blade called The Haven's Feather. he can manipulate its weight, allowing him to swing it as light as a feather but hit as heavy as a boulder... a very sharp boulder. He's a bit of a jokester which often rubs Teriesh the wrong way, but Teriesh puts up with it because Haniel always gets the job done. 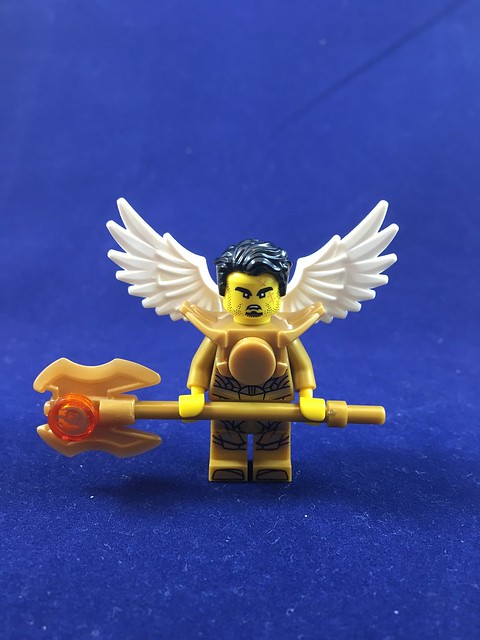 The wielder of Sun-Splitter, an axe that absorbs and redistributes heat. He is a skilled smith, creating most of the Celestial Orders' legendary weapons. He crafted Sun-Splitter because of his affinity for axes and to help in his smithing. Gailzur often stays out of the conflict and politics and pours most of his time and focus into weapon crafting. 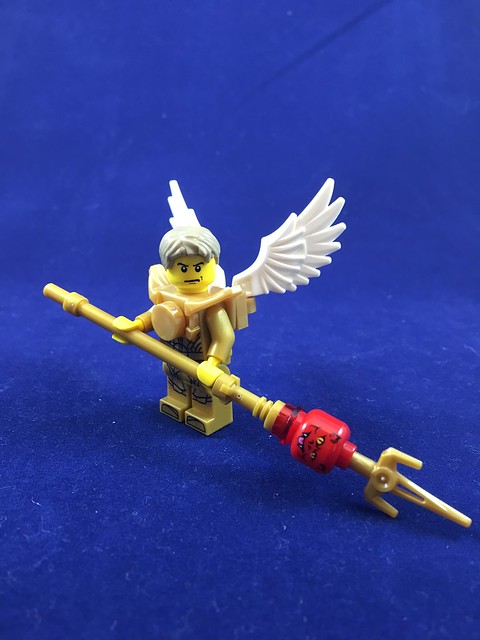 He finds joy and purpose in smiting daemons. He keeps the head of his first kill on his spear as a tactic of fear amongst his adversaries garnishing it the nickname, Devil's-Bane. Cadriel is one of the most versed celestials in fighting daemons and often has tunnel vision on that mission. 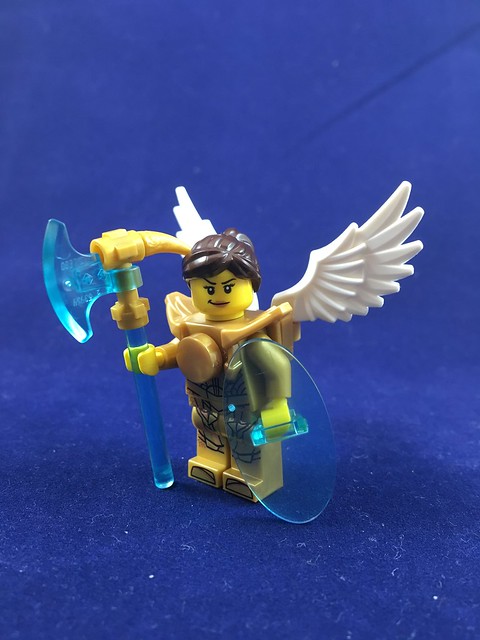 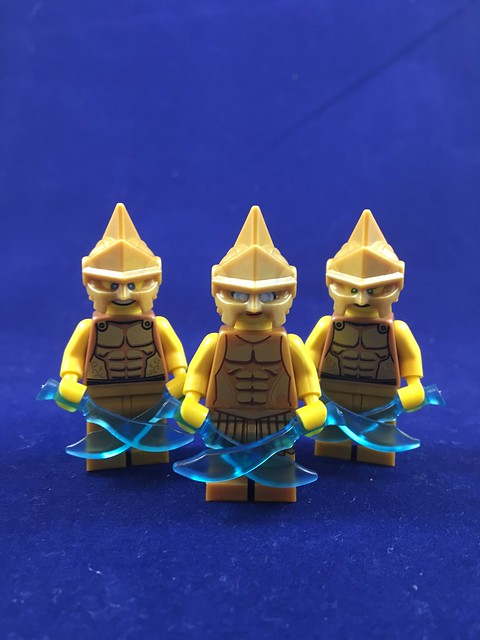 A majority of the Celestial population are not what most envision a Celestial to be. Though they are still powerful, they are wingless and possess little to no Divine abilities. In Celestial society, this class is known as Sephra. Many of the stronger sephra are part of the Sephra Forces, the army of the Celestial Order. Sephra are still a rare sight on the face of Novium, typically Celestials really only show up when it is serious or they are consistently nagged by worshippers.

by CaptainZebra
Cadriel would be awesome if he didn't have a smug face. He could have a whole tarnished honour thing as well...

by lordintype
I really love the daemons.

by Dienekes22
There isn't a thing in this thread that I don't love.

by bann154
Not gonna lie that looks badass. What did you use to make it?

bann154 wrote:Not gonna lie that looks badass. What did you use to make it?

Inkarnate. Vami showed me, which is why I gave him a little shoutout with Vamisburg in the bottom right

bann154 wrote:Not gonna lie that looks badass. What did you use to make it?

Inkarnate. Vami showed me, which is why I gave him a little shoutout with Vamisburg in the bottom right

I just figured that was where all the trolls lived.