(Basically a faction revamp.)
Terra Atlantis is a Dyson sphere (A hollow planet with a small sun on the inside.) located on some moderate trade routes outside of any solar system. It has an atmosphere on it's frozen outer surface, and manipulation of gravitational fields on the interior, where most of the population lives, has created a very unstable gravitational field around the Huge planet, which the Population uses to drag passing ships to their doom for resources. The planet was believed for Decades to be a myth, Leading to the name "Terra Atlantis". The interior has many biomes and cities, Which spread out rather than upward. The sun is always shining, bathing everything in a pale, grey light. Revolutionary forces, mainly utilizing Mechs and mobile light artillery eliminated the former corrupt constitutional republic government, with support of the people and Former Army officials of the republic, who saw that the Government was getting Stagnant, and no new conquests were occurring. Empress Pantera Ascended to the new Throne with almost worship, and promises to launch new conquests and Destruction of Any who dare oppose the UAE.
The UAE is mainly peach, and they view yellows as useful, but evolutionally inferior, with the Peach Virus being an evolutionary step. Yellows often get jobs in infrastructure due to their relatively longer attention spans compared to most peaches. However, Gangs of radical peaches occasionally commit hate crimes against yellows, who are not allowed to own firearms.
The UAE Is seeking to sent Emissaries for possible alliances to the IM, Due to their Similar interests in the arcane, history, and artifacts, and the M-throne Empire. 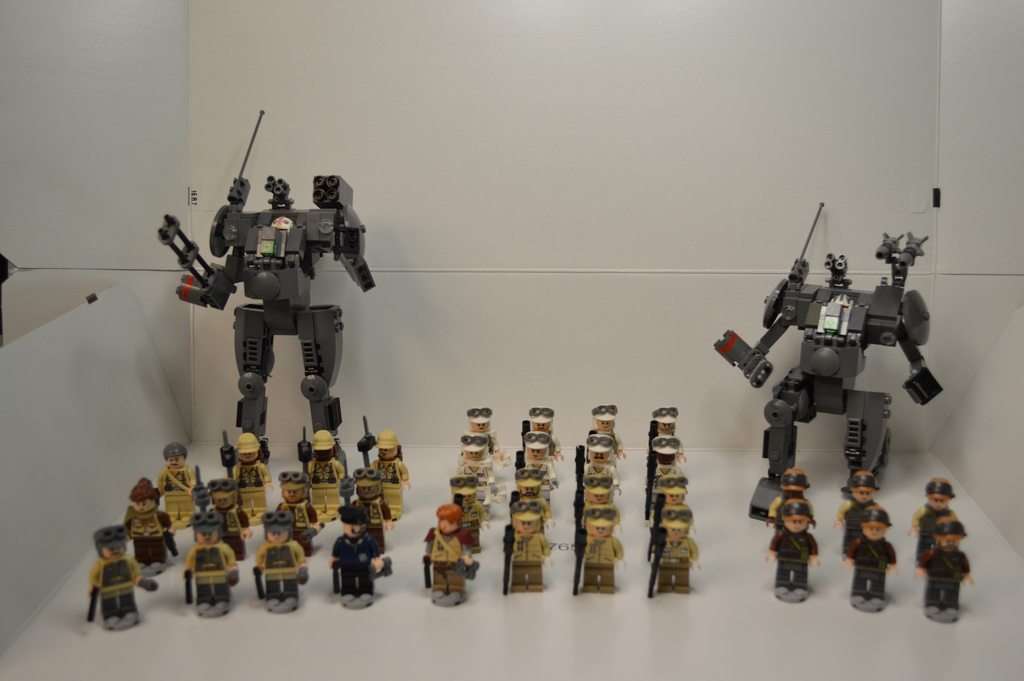 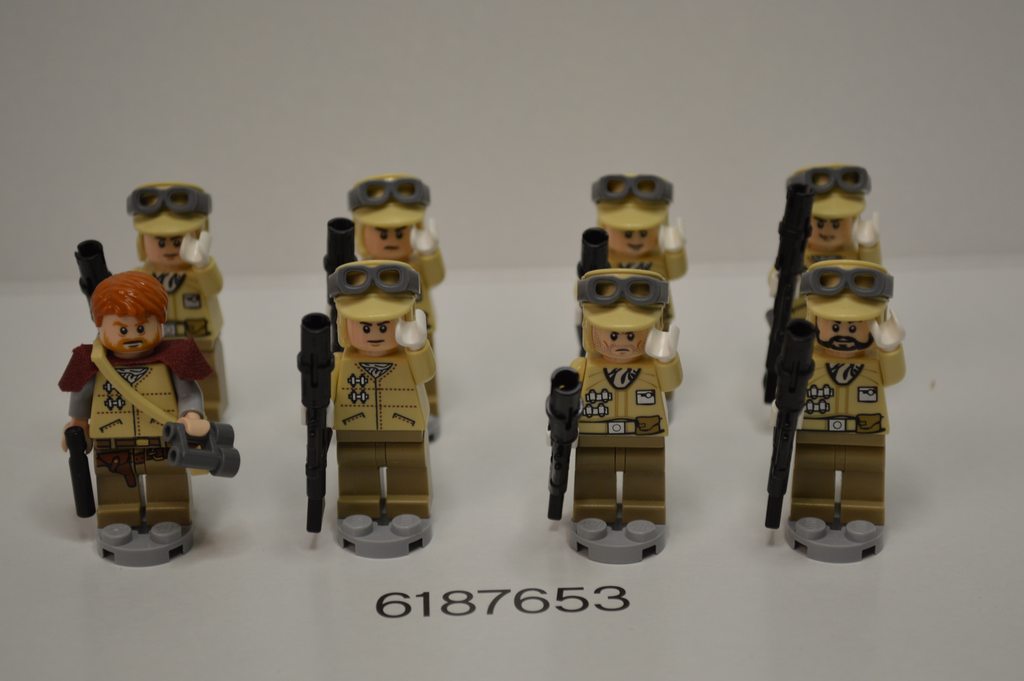 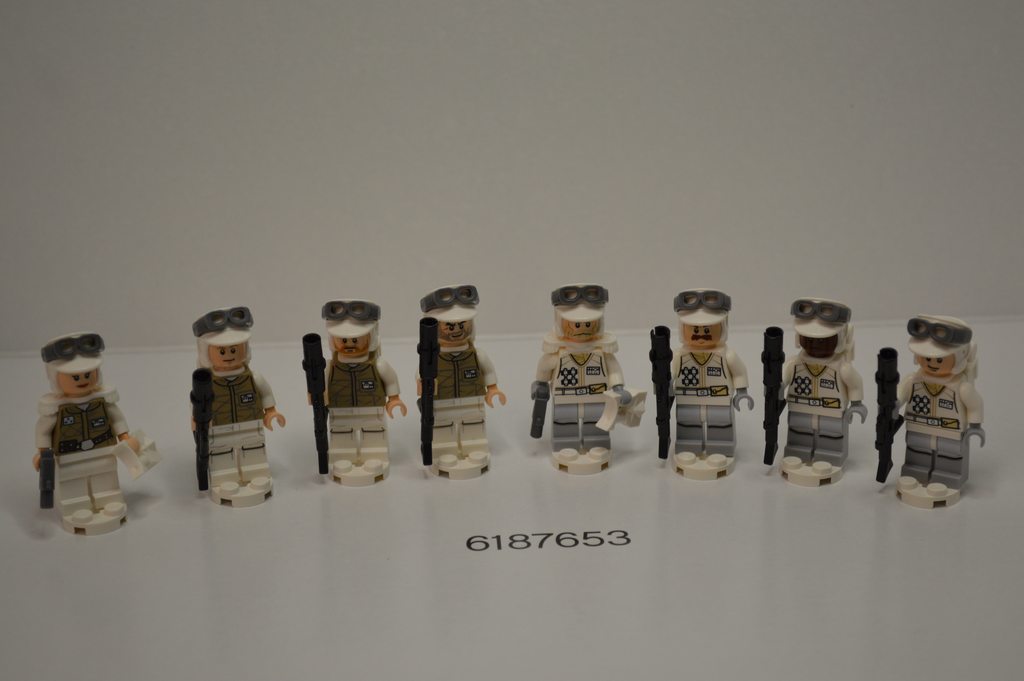 Cold Weather Regulars.
These troops are trained to work in arctic regions or the cold, dark surface of Terra Atlantis. 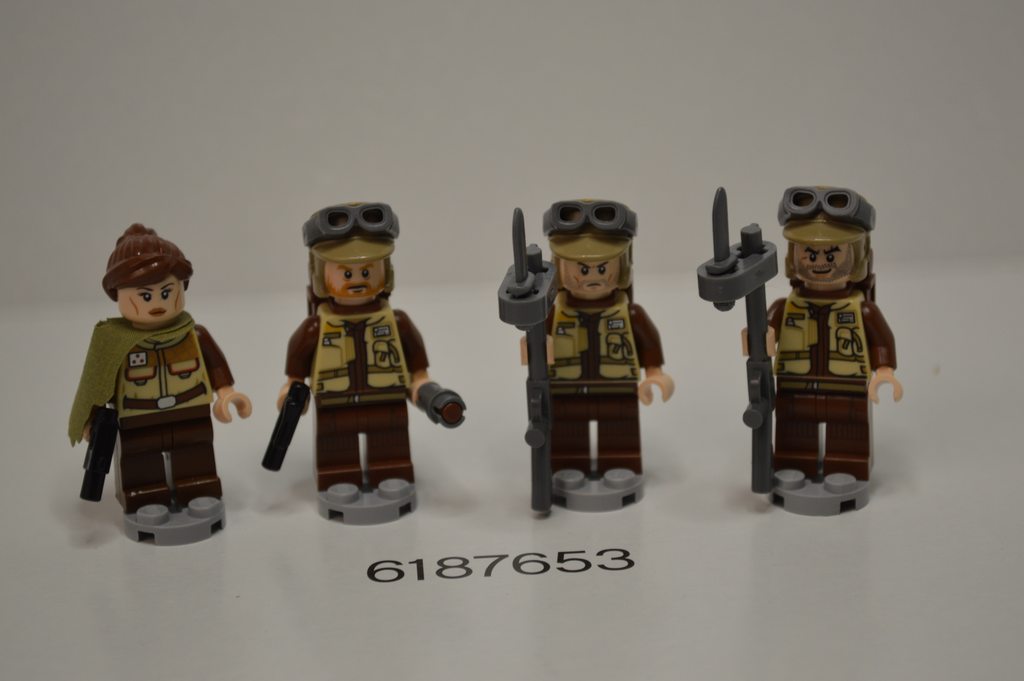 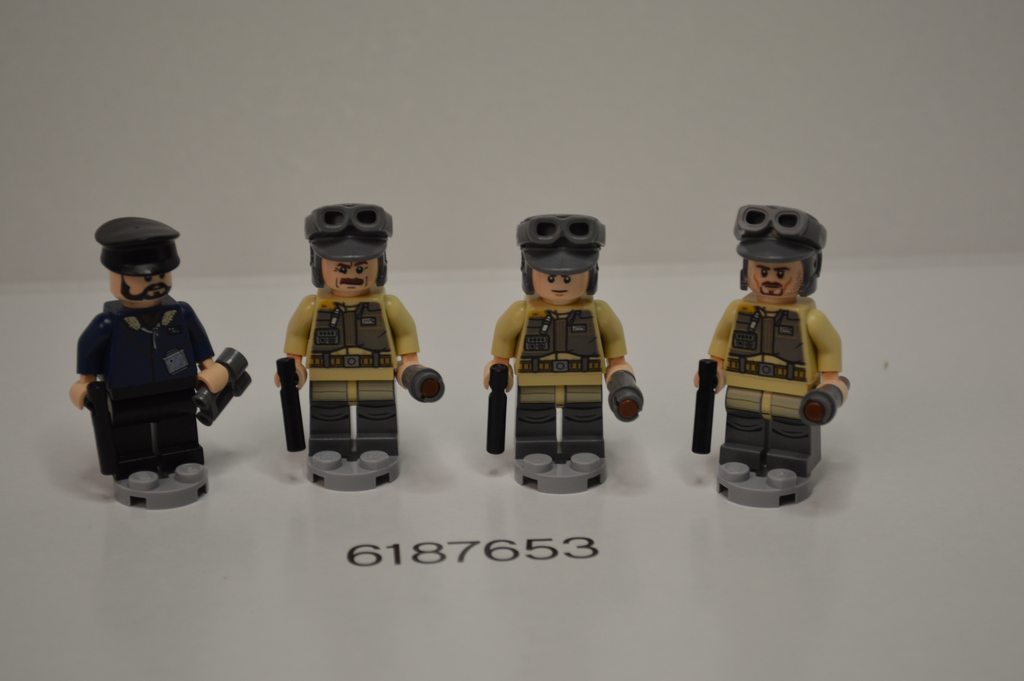 The Atlantian Arditi, Commanded By General Giovanni "The Kommadant" Stuart
The Arditi excels at getting behind enemy lines in any way possible, from airdrops to hijacking enemy vehicles, and once in the enemy rear, creating whatever havoc possible, utilizing heavy weaponry, armored vehicles, and copious amounts of explosives (Think the Arditi combined with the SAS) 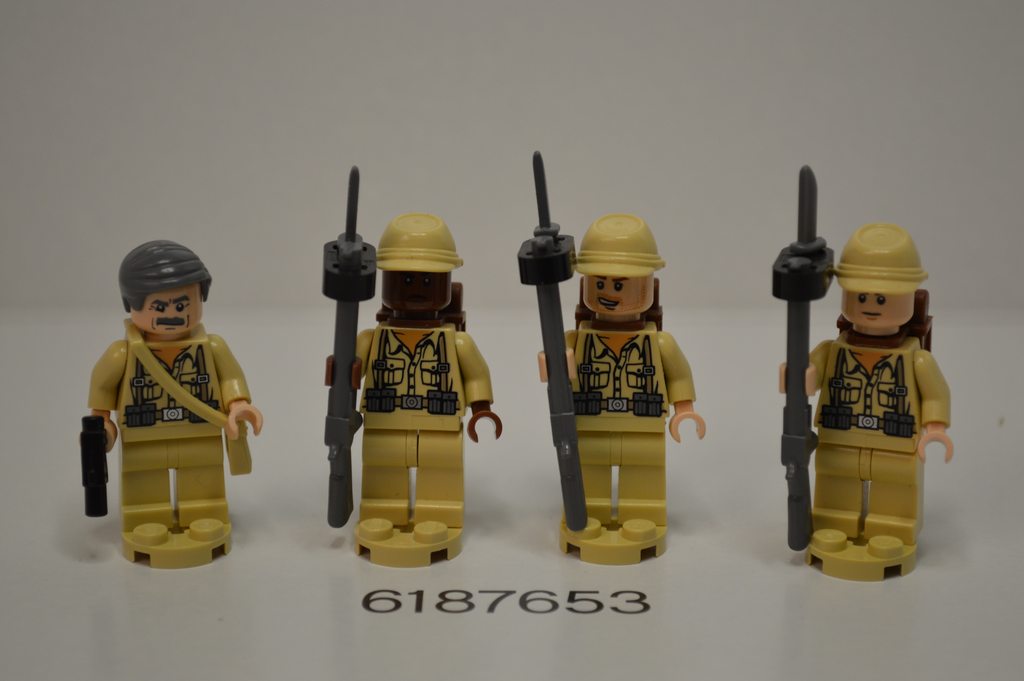 Desert Troops
Desert Troops are known for using sandstorms to sneak up on their opponents, hence their use of bayonets and older rifles, which will still work when sandblasted. 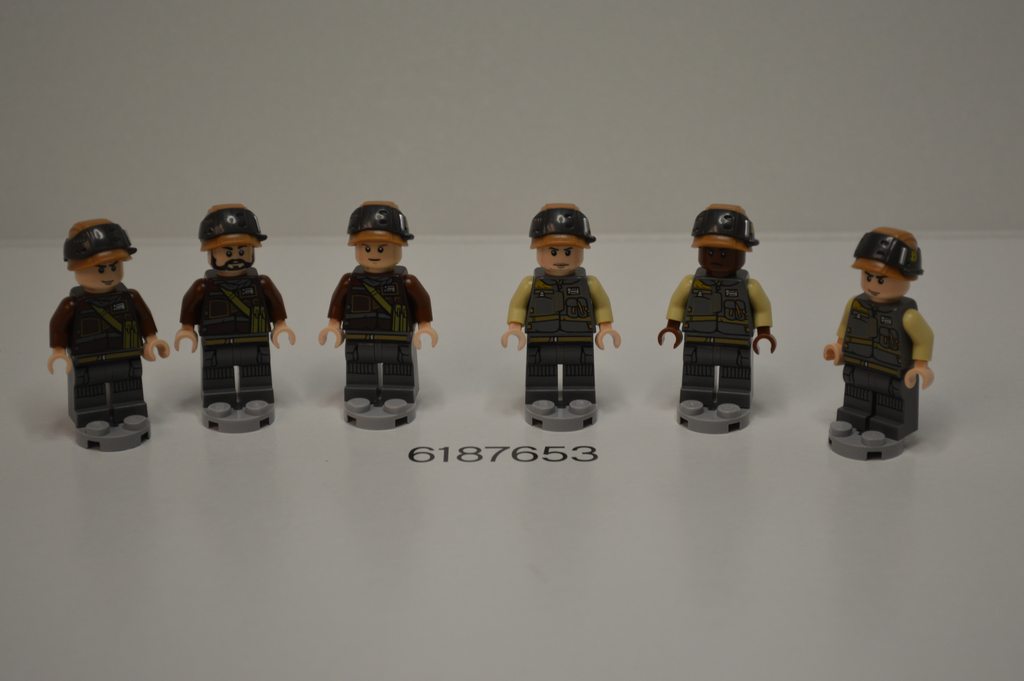 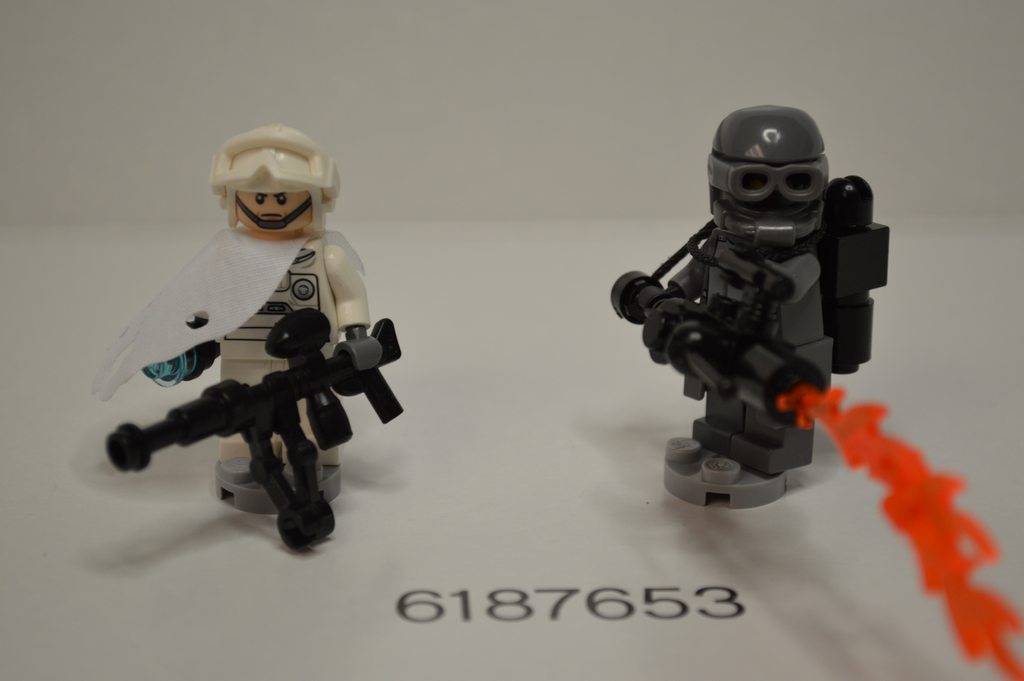 A Ghost and a Flame trooper.
The Ghost: Equipped with a sniper rifle and a cloaking device, the only trail a ghost leaves is a trail of enemy bodies. The Flamer: In full body armor, no one knows who or what Flame troopers are, and thae fact that they never talk does nothing to give additional information. 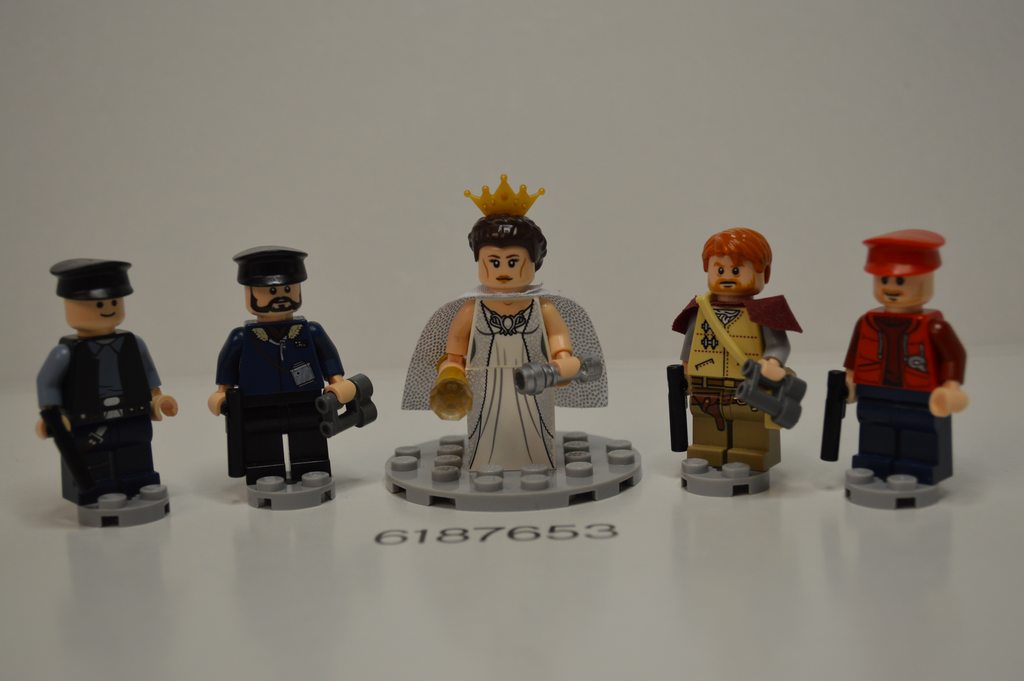 Empress Kita Anastasia Pantera, flanked by the kommadant, General Bradley, A General on the Left and An Artillery General on the Right.
"I have it all, a people who love me, Loyal subordinates, and statues in my honor, But I want more. I want It all. I want to win."
-Empress Pantera 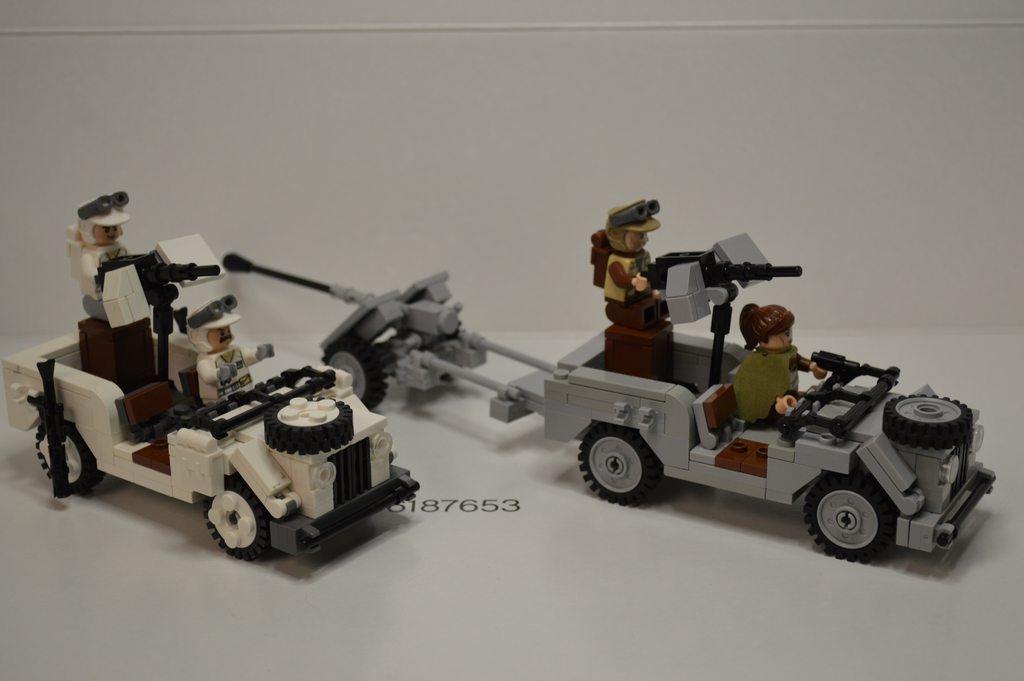 F-4 Volpe Trucks
Reliable, easy to maintain, and capable of towing or hauling large loads, the Volpe can be mounted with staggering amounts of firepower, and is a favorite of both officers and special forces. 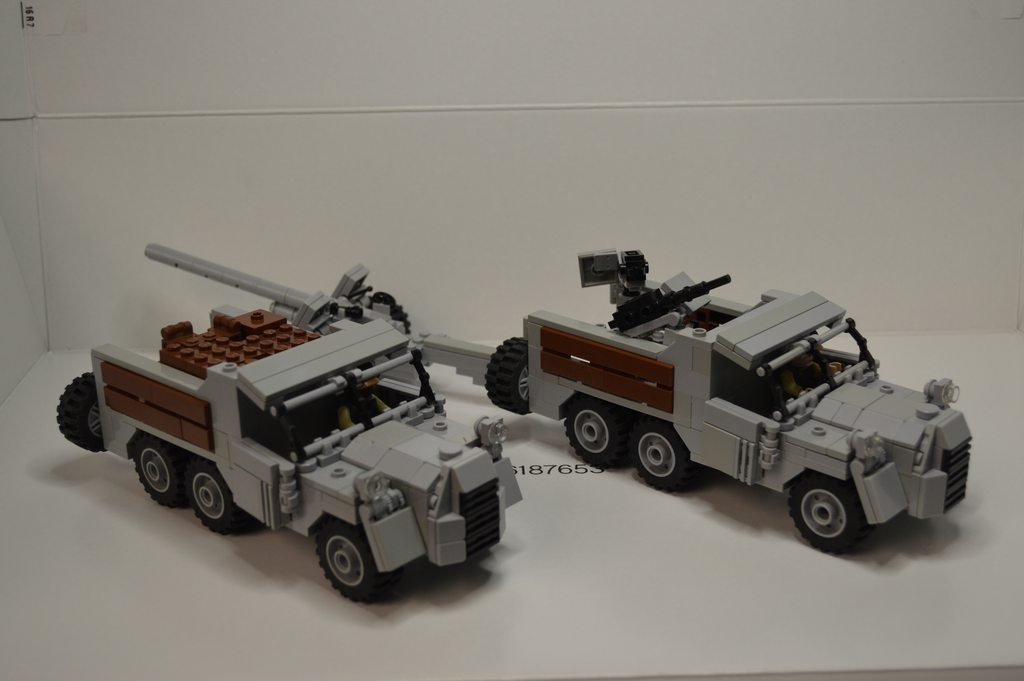 T-7 Cervo trucks
Surprisingly nimble, the Cervo has become the mainstay of the UAE's Vehicle forces, largely because of it's ability to haul anything from Artillery to supplies. 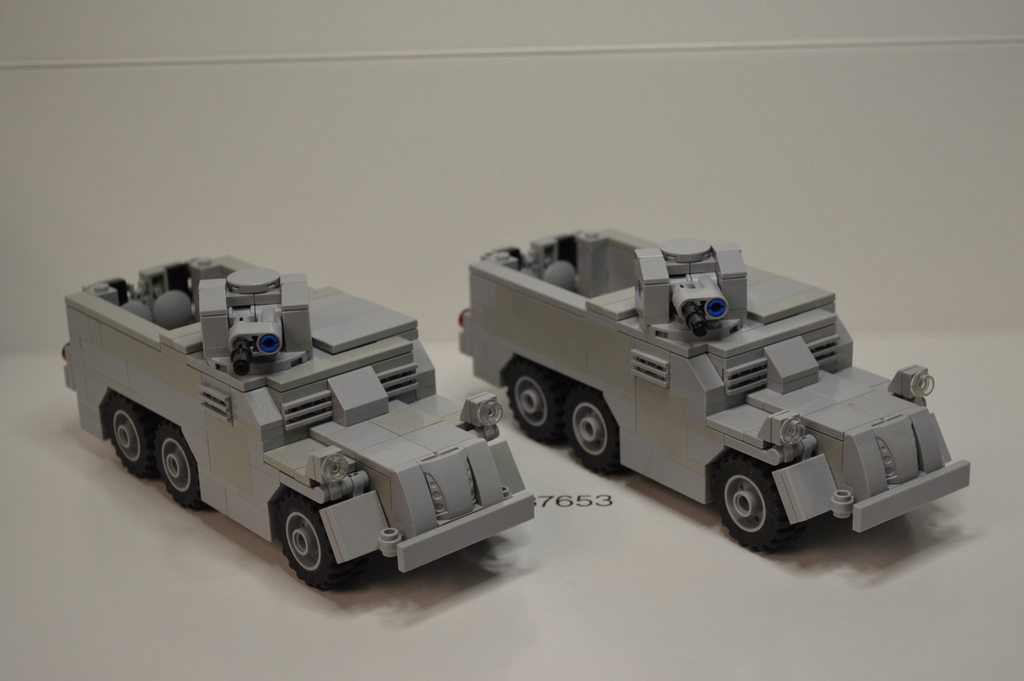 A-2 Lupo Armored Trucks
When choosing a body to base an APC around, the T-7 Cervo was an obvious choice. It was Enclosed from the sides and front, and a Remotely-Operated HMG Turret was added on the passenger side. 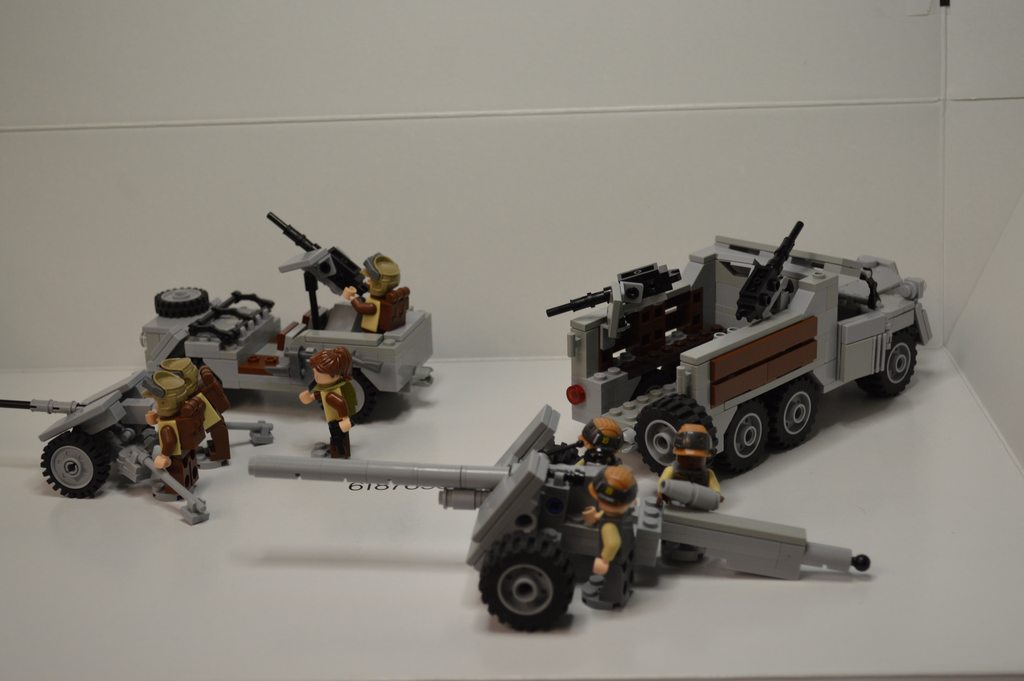 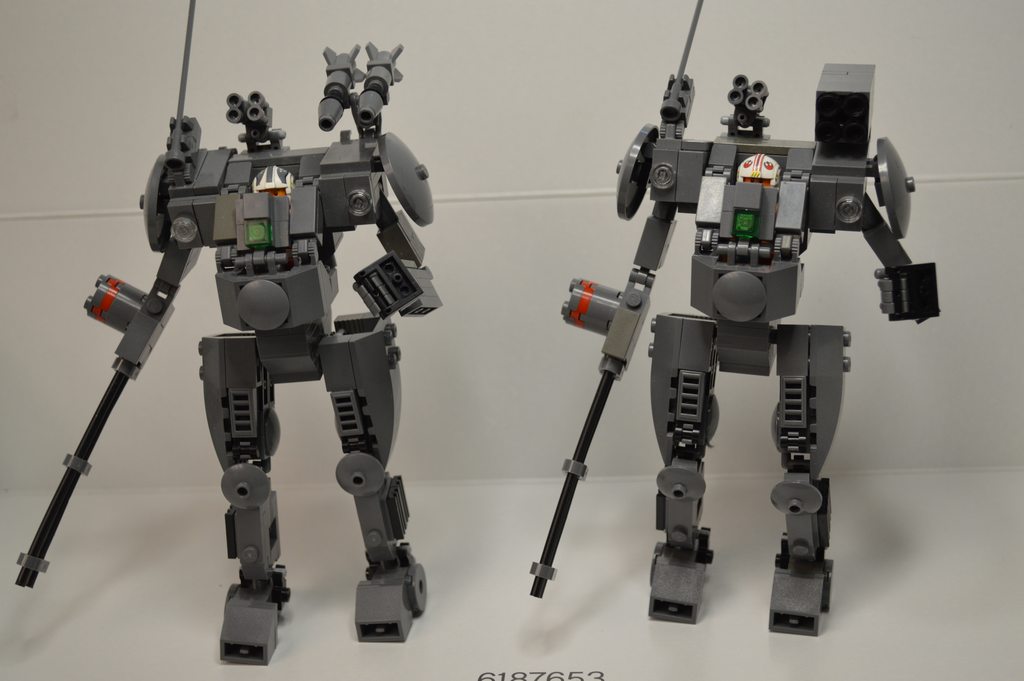 M-1 Leopardo Mk. IVs
M1s Turned the tide against loyalist forces in the Continuation Rebellion in which Empress Pantera was put into power. Virtually overnight, their maneuverability and speed made any MBT's in loyalist hands obsolete overnight. With continuous refinement, they promise to be a stple of Atlantean forces for years to come. 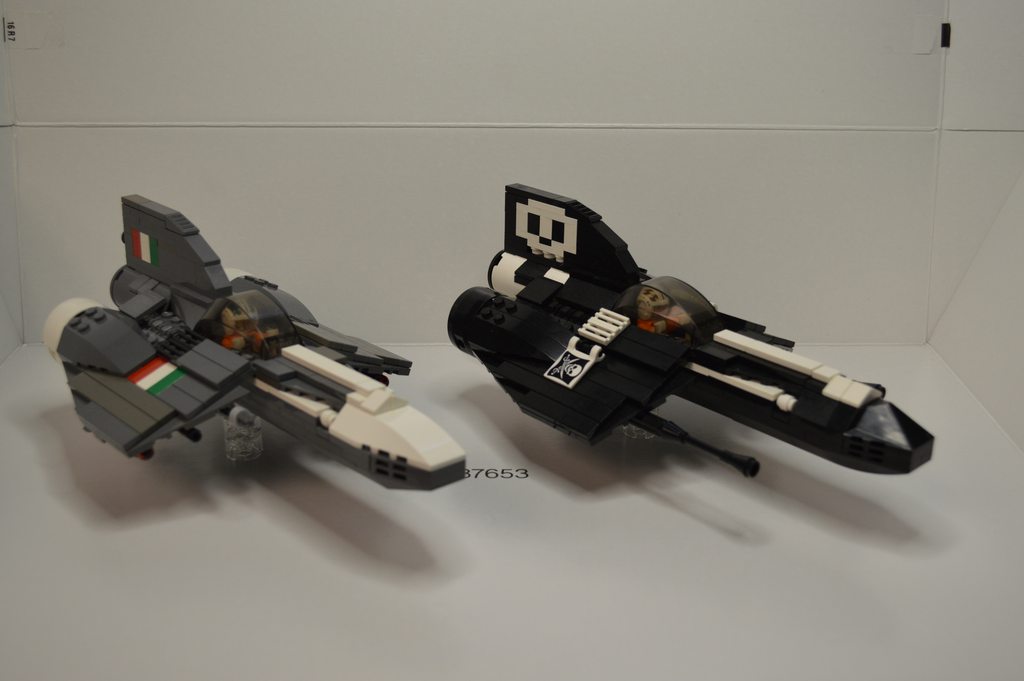 Infinity IBX Mk.II Fighters
Highly Customizable and equipped for atmospheric and Exo-Atmospheric Flight and Combat as standard, the Infinity is a favorite of many aces. 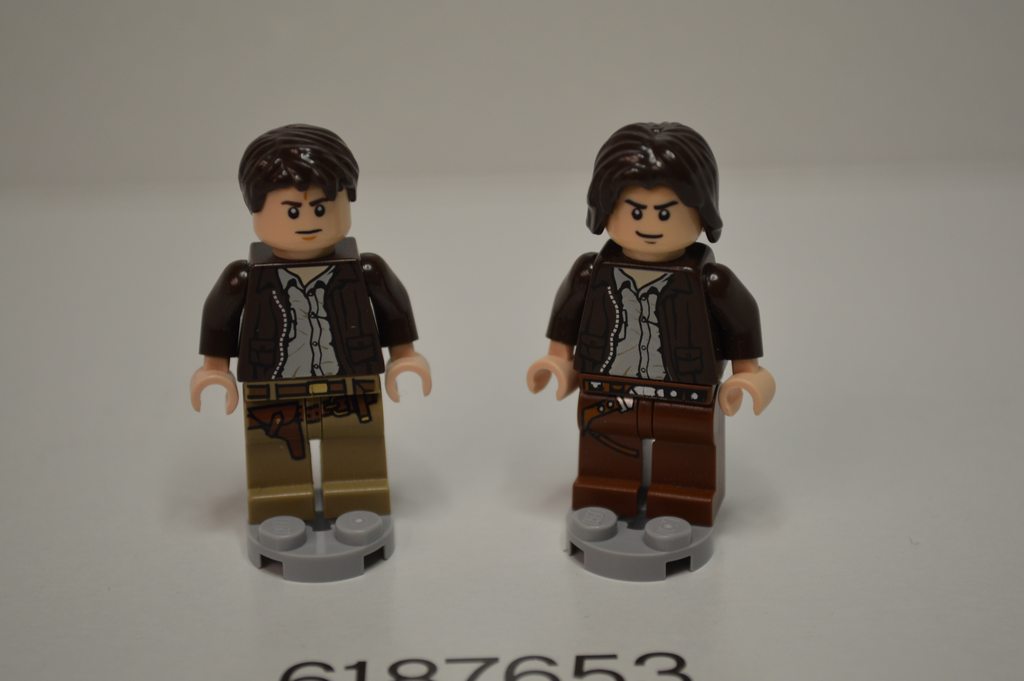 Volpes are great. You should try making a tank along the lines of the Sheridan

I've been thinking about making a MBT, But I was thinking of basing it off of the Coelion instead. With big guns.

This is good! More peach rep

sahasrahla
that is a fantastic question to which no satisfactory answer will be forthcoming
Posts: 818
Joined: Sat Feb 04, 2017 5:40 pm

trucks and fighters are awesome, esp. that skull decal
Top

im really liking how the trucks turned out!
"Tallyho lads, snuggle the houses and burn the women! Leave not a single potted plant alive! Full speed ahead and damn the cheesemongers"
Top

sahasrahla wrote:trucks and fighters are awesome, esp. that skull decal

I loved making that!

Captain-Camper wrote:I'm really liking how the trucks turned out!

Damn! This faction is great! The uniforms for the Ghost and flamer are awesome, and I really like the way your mechs turned out as well! Great job! Also, nobody knows about the Flame trooper because they are subsequently broiled, aren't they?

Overall, this army is really cohesive and looks good!
gotta love knitting needles. i can make you a scarf. i can make a hat. i can stab your eyes out. i can make mittens.

Vehicles are a highlight here!

Coming from you, that means a lot, Man.

Steel_Valkyrie wrote:I've been thinking about making a MBT, But I was thinking of basing it off of the Coelion instead. With big guns.

Seems a little null in point, turrets should be the easiest part to change
"Tallyho lads, snuggle the houses and burn the women! Leave not a single potted plant alive! Full speed ahead and damn the cheesemongers"
Top

Maybe a giant mech with a turret...