by Omega Prime
The Omegalon Federation is a loose conglomeration nations from one star system, based in a small corner of the galaxy. Based in the Alphacen system, it is a fledgling group seeking to expand their territory, although they are a bit technologically behind other nations in their sector in various areas such as medical tek, but are much more advanced in terms of weaponry and lightweight nanomaterials. The army is mediocre in size at best, consisting of only two battle divisions, but for what it loses in size it makes up in power.
___________________________________________________ 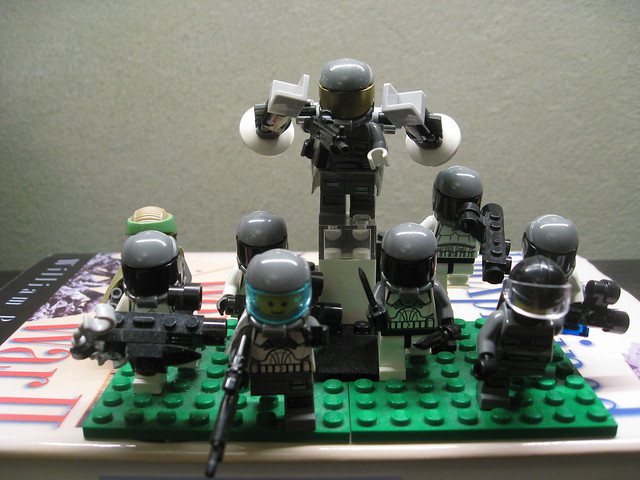 An Overwatch shot of the primary ground attack force of the army. Blue was supplemented for grey in uniforms to better blend in with shadows. You won't see them coming. 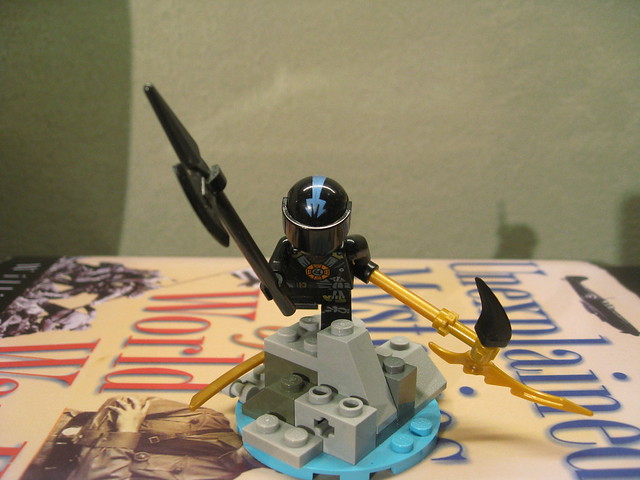 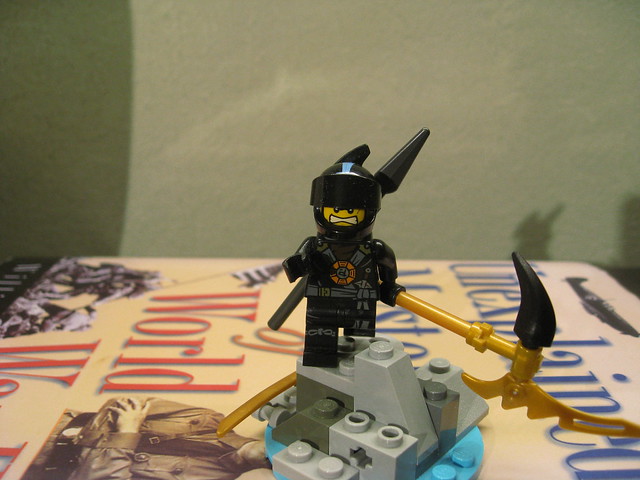 Commander Redd, leader of the Omegalon Ground Forces. He generally leads the charge into battle with his prize company, 3rd Company. He is also an immortal, the status given in thanks for helping Delta Shard fucking scare weaboos and kill shit at Cape Bricks. AAAAAAAAAAAAAAAAAA! 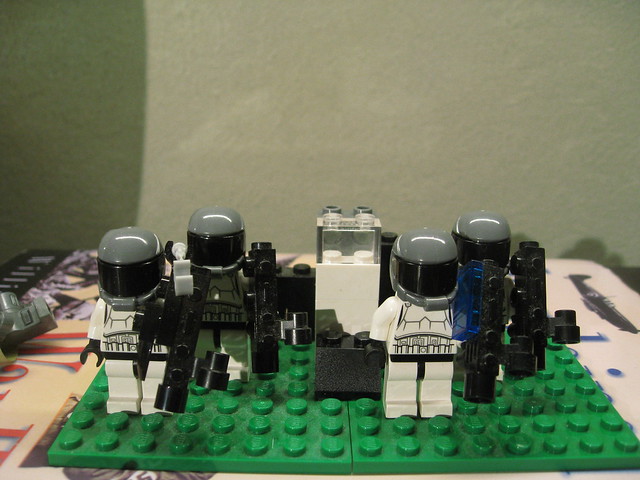 Regular Grunts, this group belonging to the 3rd Company, "Redd's Wolves", as shown by their customized guns. Underneath their tough exterior and exoskeleton suits, they're mostly the same as everyone else- the only difference being that they are alive, and you are dead. 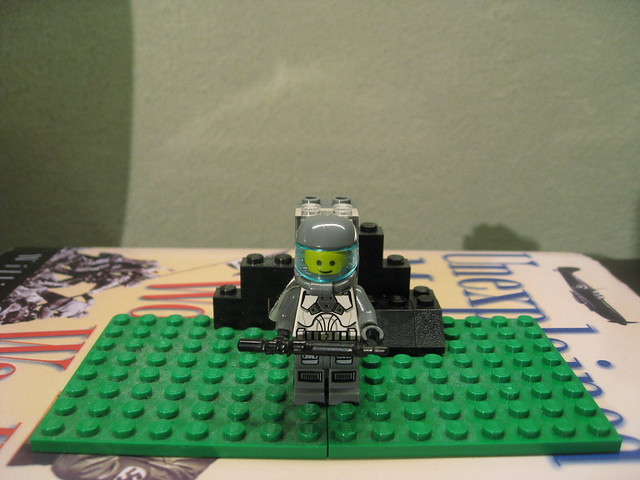 An Officer of the Army. This one in particular is named Lt. Bob, and is the XO of the Redd's Wolves. Officers are trained for years, not only in combat, but also in other fields, so that they may be ready for any situation. 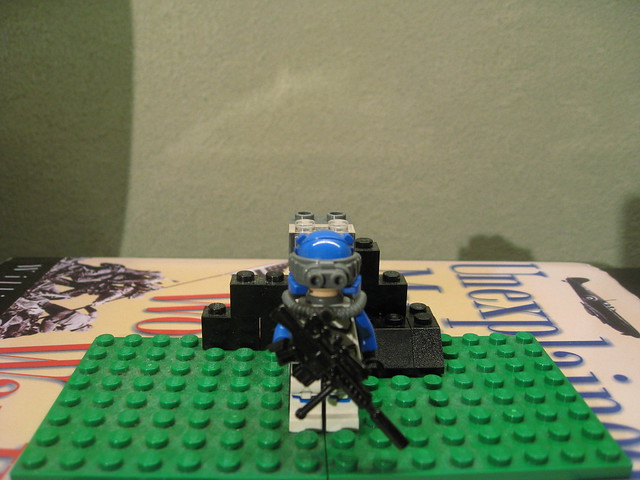 Force Recon Sniper. Rare and few and far between, these guys work where others cannot. You thought you were safe, deep in your bunker, but the OT-Tipped Armor-Piercing Shell thought otherwise. 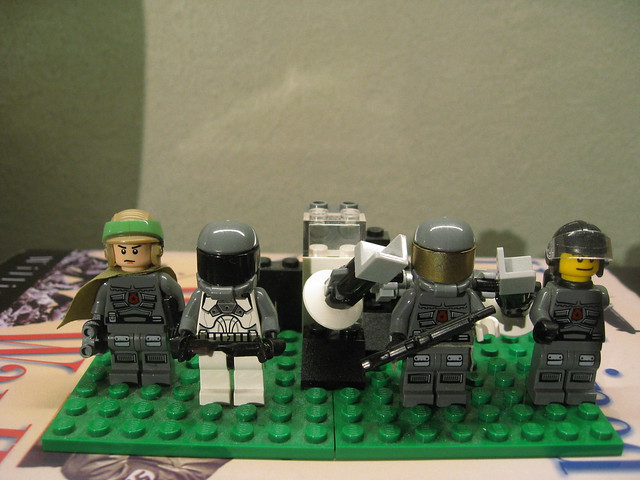 Miscellaneous specialists. From left, it is the scout, an assassin, an Air/Space Commando, and a pilot. 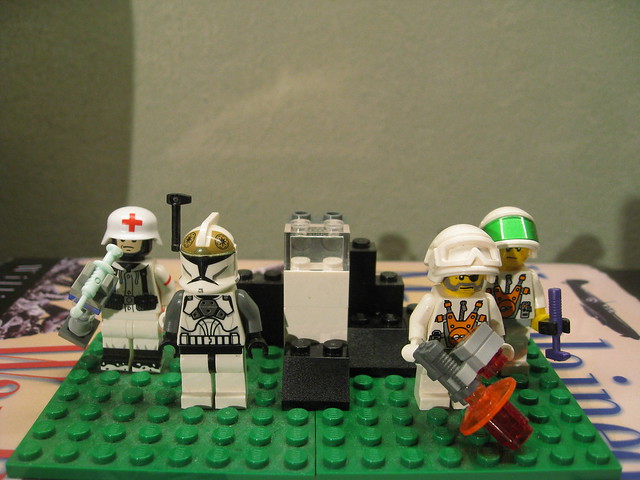 More Specialists! These guys are a medic, a gunner/pilot, and two engineers. 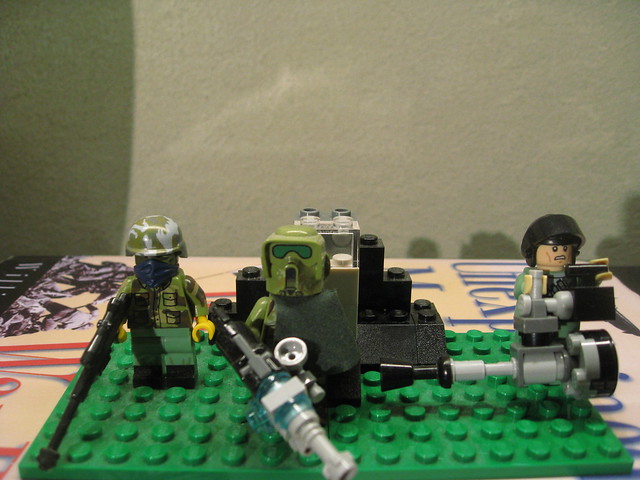 Just Jungle Variants of Grunts and Specialists. Also, a heavy! 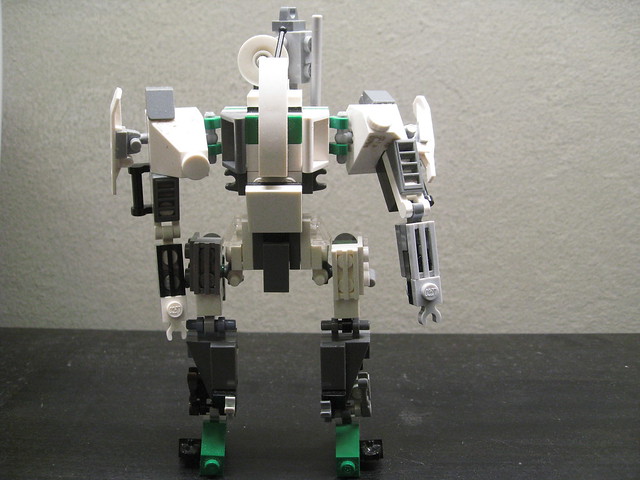 Bravery-01 Assault Frames were developed when it was discovered that a direct mindlinked human assisted by AI would produce the best results in battle. Fast, powerful, and packing a ridiculous sensors system, this is the pinnacle of Omegalon Military Hardware. It can see you on the ground. It can see you in the air. It can also see you through 30 feet of walls. You cannot hide from it. Run far. 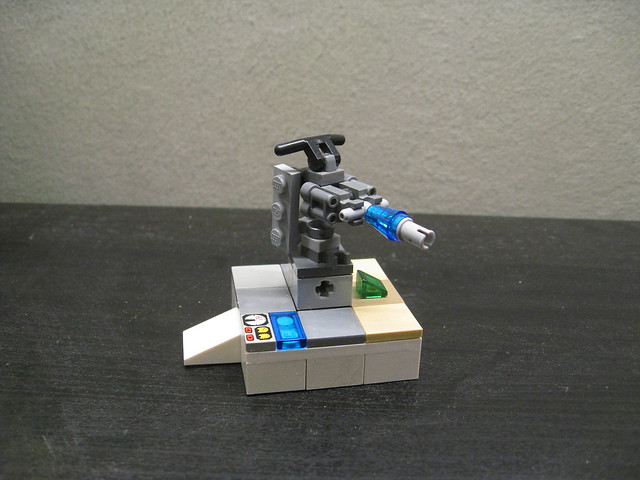 The "Spitfire" Area Denial Cannon is a popular mounted gun with the Force, that spits highly charged plasma bolts at a rather shocking rate. It can completely demolish an unprepared fig company in less than 7 seconds. 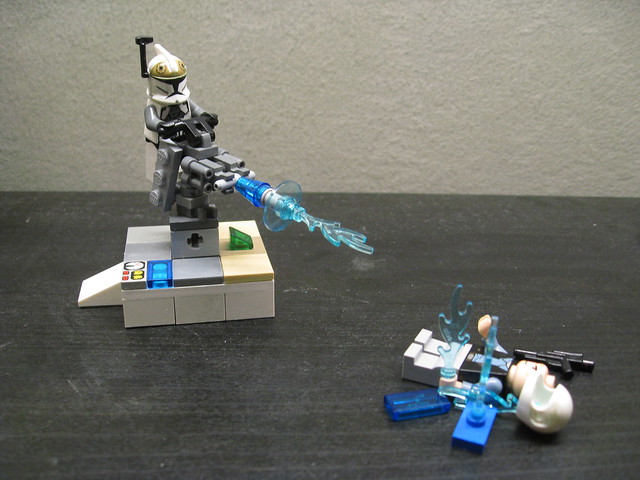 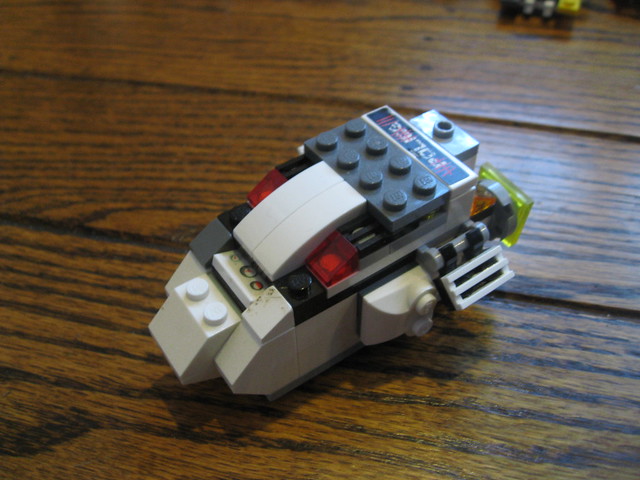 While the Omegalon Federation usually deploys enough troops to overwhelm enemies via ground, during times they need to attack by air, they use the creatively named POD system: Personnel Ordinance Delivery System. 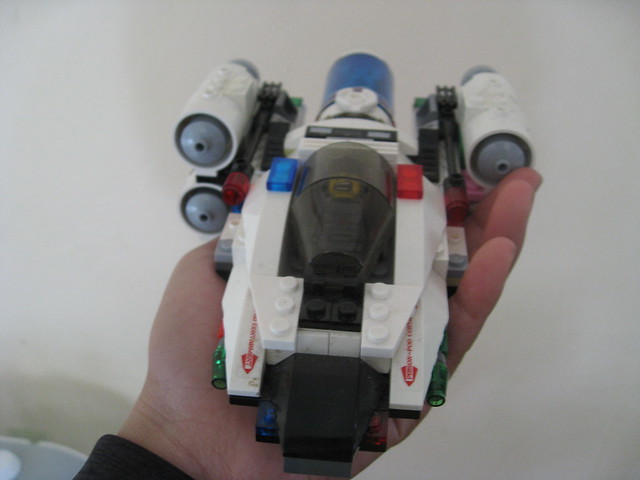 The Tigershark Heavy Fighter-Bomber is used as support for troops. Packing two rapid-fire pulse RT Cannons, two ion cannons, and a Bomb container in the back, the Tigershark is only used in emergencies. 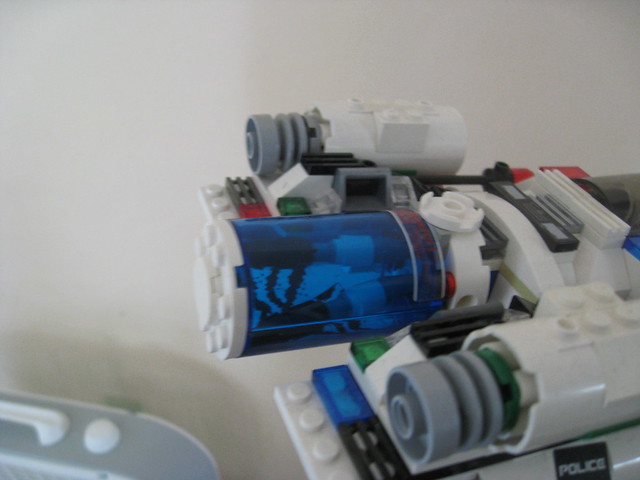 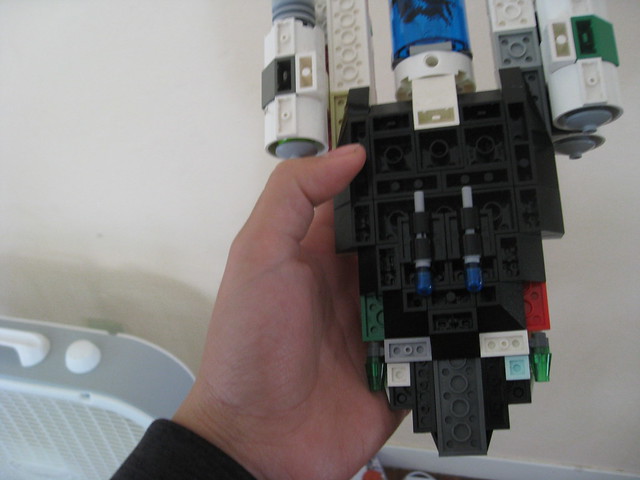 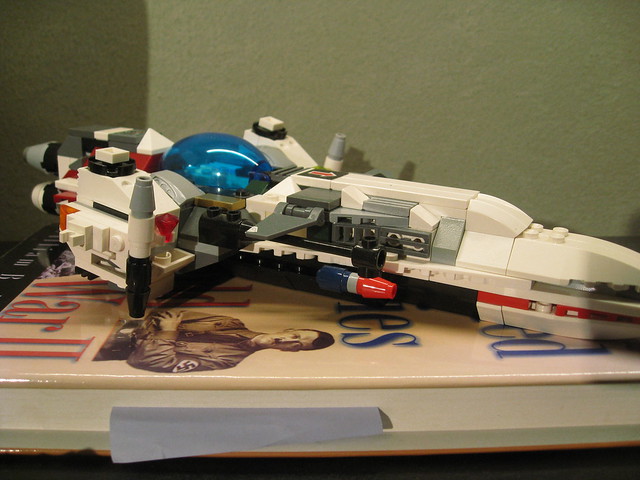 Replacing the V-14 Thresher Interceptor, Rommtech Foundries has provided the Federation with a new Heavy Interceptor, a class that combines ridiculous amounts of power with high speed. Their testbed platform is the Sabre Fighter, a capable speed demon built off of the Thresher Frame. It shares a lot of design cues, but also contains various changes of its own: Much more durable engine nozzles, and the remounting of the guns to the side of the hull. 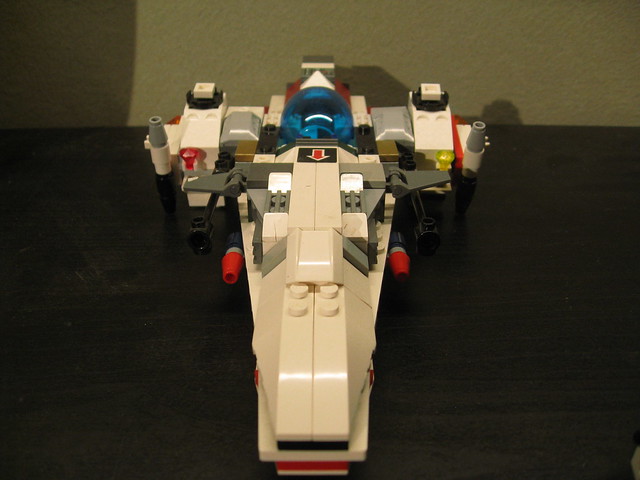 This thing will fuck you up big time. 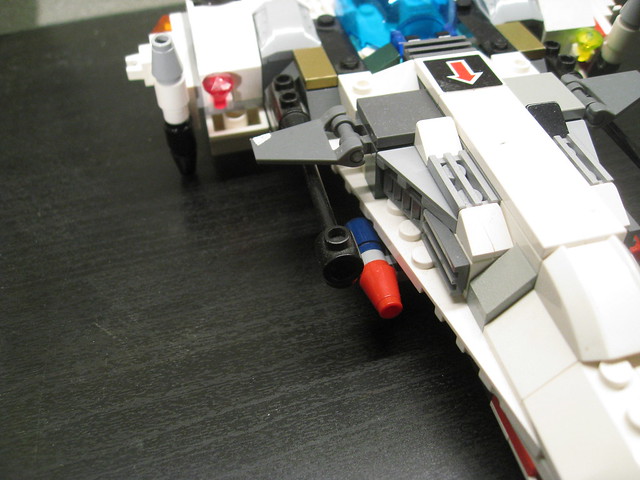 Shot of the rather lackluster weaponry on the testbed model. On the Production model, there would be several more supplementary cannons. 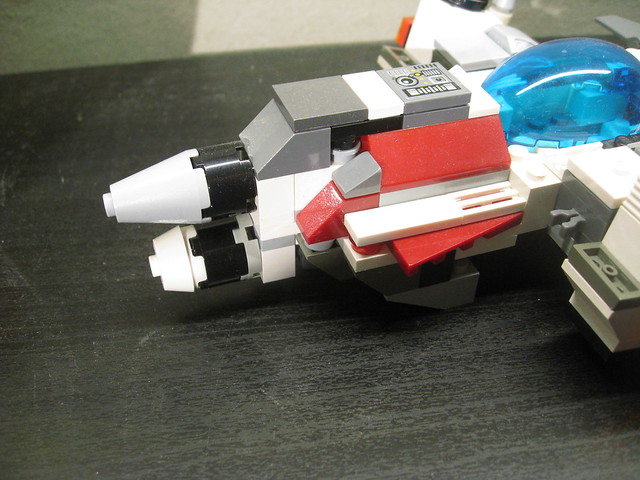 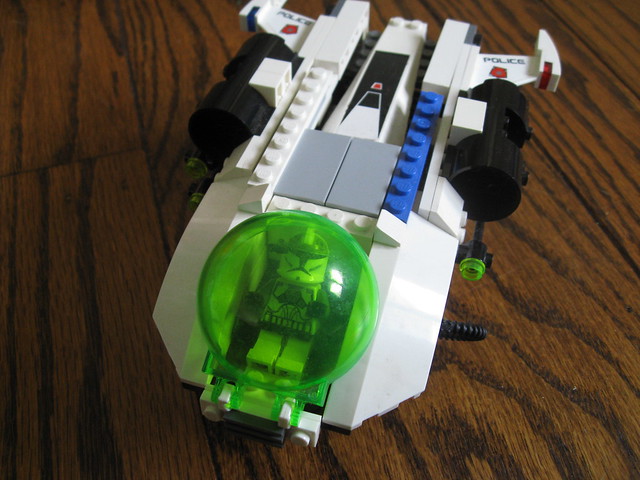 Workhorse of the entire military, the aptly named "Whale" is used to transport munitions and troops across systems, being robust and reliable. 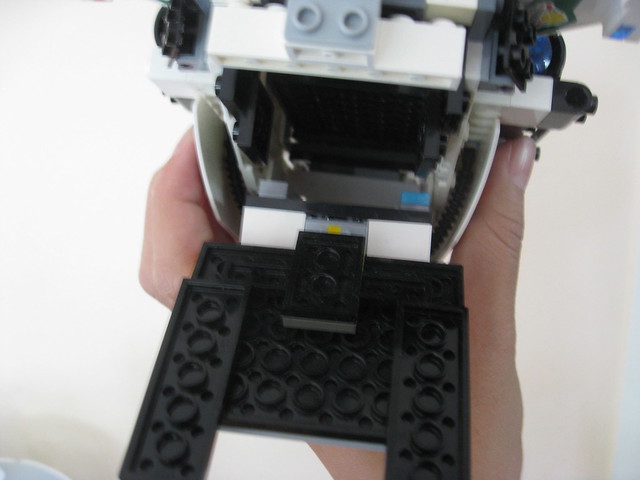 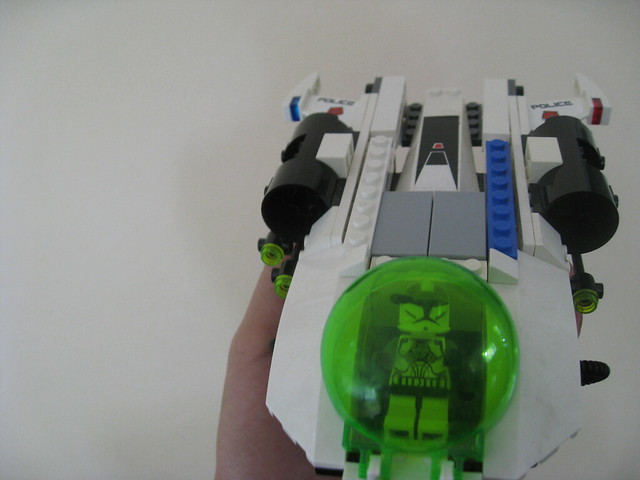 This model is a police craft, shown by the markings on the fins in the back. On the sides, two of the four phased-ion cannons the ship carries are visible.

by TastySkippy123
I like the infantry general. He looks pretty rad with that cape.

by Darkstorm
I do indeed like the bomber - I have way too many fightercraft and not bombers in my army, I should go build more...
speaking of which, I just remembered I haven't done a group shot of my army. *runs off and gathers units*

by AnnoyedZebra
I love the amount of spacepower

by Captain-Camper
Dakka turtle is great!

CANNONS WITH THE POWER OF THE RETWEET

by Omega Prime
Finally decided to get around to building something again, in between all the general business and whatnot, so I present to you, the V-10 Whitetip! 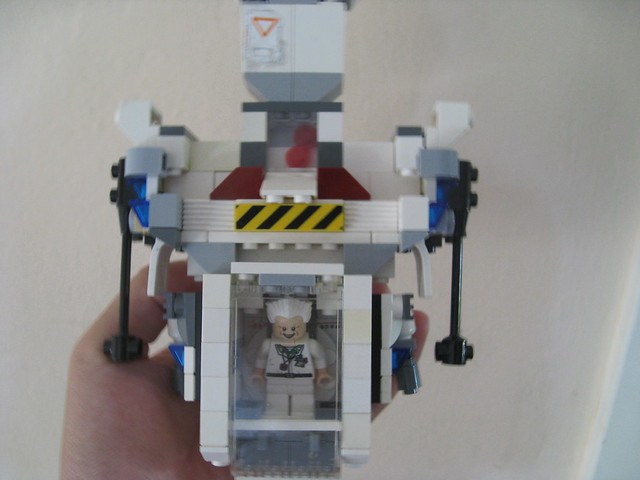 The V-10, along with a hand!
The V-10 is a rather Box-like Long-Range Strike Fighter, Intended to accompany convoys and other valuable shipments for long periods of time without much resupply. It is designed to be rather sturdy, with not many moving parts, to minimize need for repairs, so that things that probably will go wrong don't go wrong as easily. 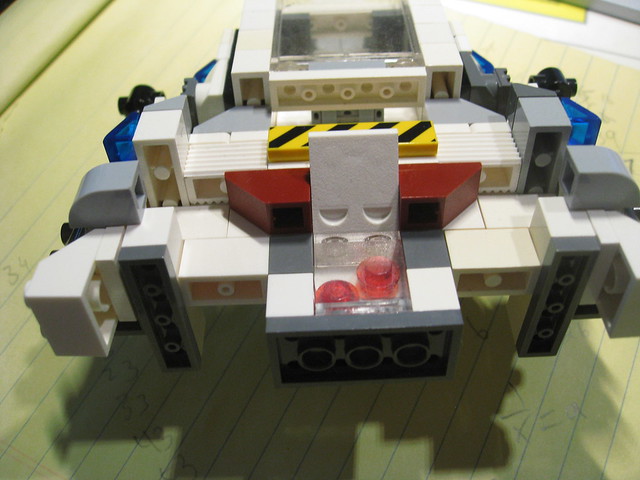 It is powered by an RT-Generator, something adapted off of ancient relics found deep underground on Alphcen IV. This generator gives it near-limitless power, albeit not much of it, barely providing enough for full thrust(appx 3000 units/minute) and to fire the guns. The guns do have to be fired in pairs, as opposed to all four at once, to limit stress. 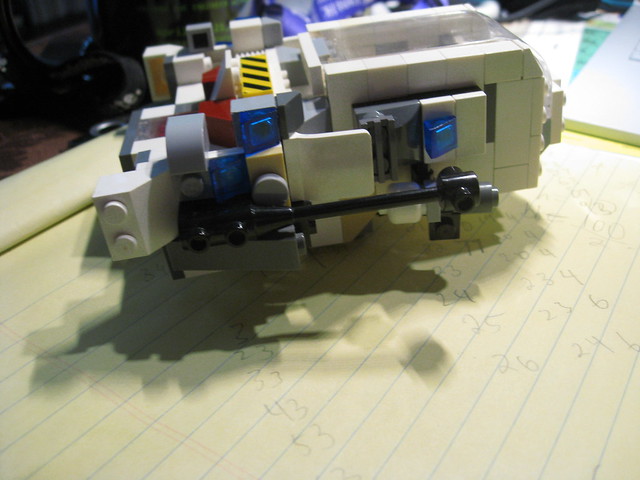 Terrible pic of aforementioned weapons
The longer cannons are Ion pulse cannons, shooting deadly beams of highly ionized matter, while the smaller grey tube, slightly obscured by the pulse cannons, are conventional slug-throwing weapons, for close-in space combat, being able to shoot thousands of rounds per minute, cooled by the vacuum of space(heat loss, people who know more about science correct me on this). 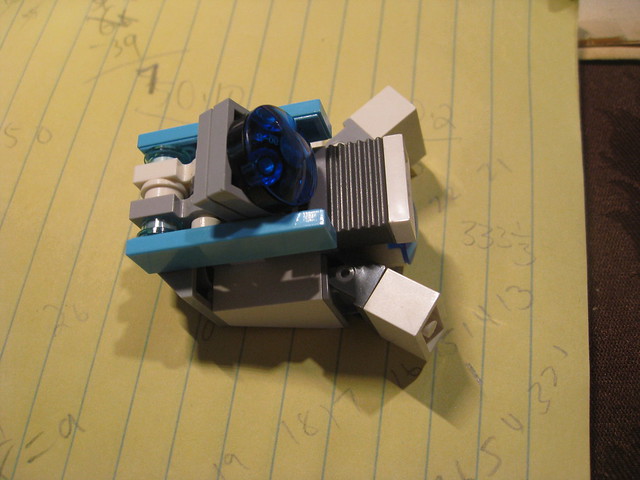 On longer missions, it can add an auxiliary drive module for extra speed and operational range, as well as providing boosts of speed in return for loss of internal power. 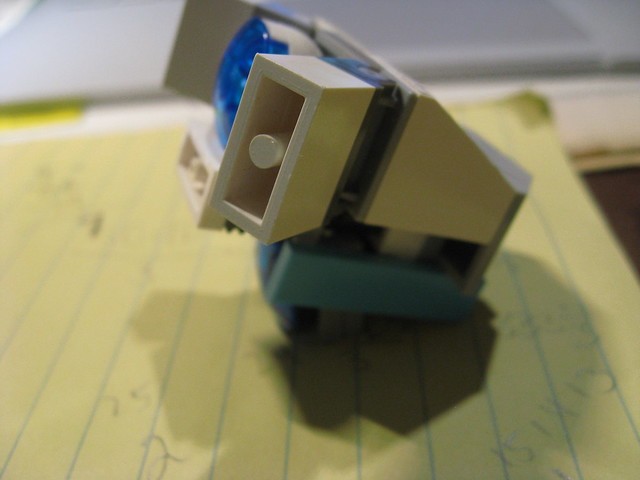 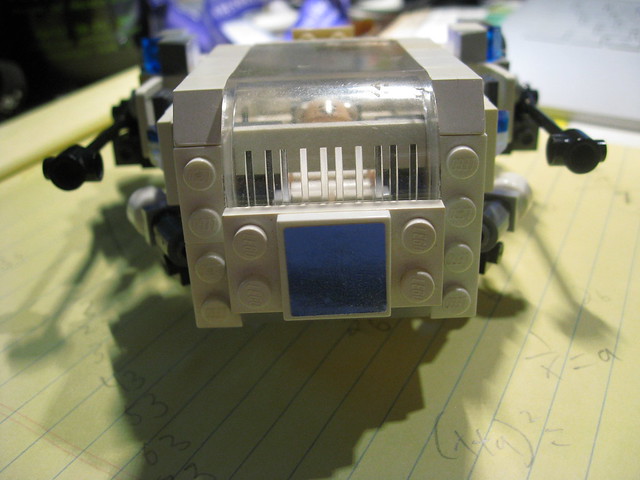 The front of this craft.

by AnnoyedZebra
you'd get some cooling from the vacuum of space but I doubt it will be enough. maybe it would look cool with big heat radiator panels? Make it look a bit more unique at least. Cool space ship though

by Darthnox129
Nice ship, I will send a pair of interceptors to destroy them immediately.

Captain-Camper wrote:Certainly not designed for planetary entry but it would be cooled by the cold vacuum of space

Alright, thanks for the info, Camper!

by Omega Prime
It's been ages since I posted more content, but here it is!
All times are UTC-05:00
Page 1 of 2
Powered by phpBB® Forum Software © phpBB Limited
https://www.phpbb.com/