Just a few pics, I've had these for a while.

Clever design for the smaller ships.

I really like the fighter-y things. They look really cute... In kind of a blow your face off kind of way. Besides, in comparison to the tooth plates used in most microspace battles, this is a welcome change.
gotta love knitting needles. i can make you a scarf. i can make a hat. i can stab your eyes out. i can make mittens.

These ships are actually sweet. Nice use of the motor piece for the fighters.

Duerer wrote:These ships are actually sweet. Nice use of the motor piece for the fighters.

Agreed. These SHIPs are Ossum...

I like the second large SHIP from the left, it has a kind of "space-barracuda" shape to it, with the narrow shape and the fins.
Top

I made A fleet in LDD 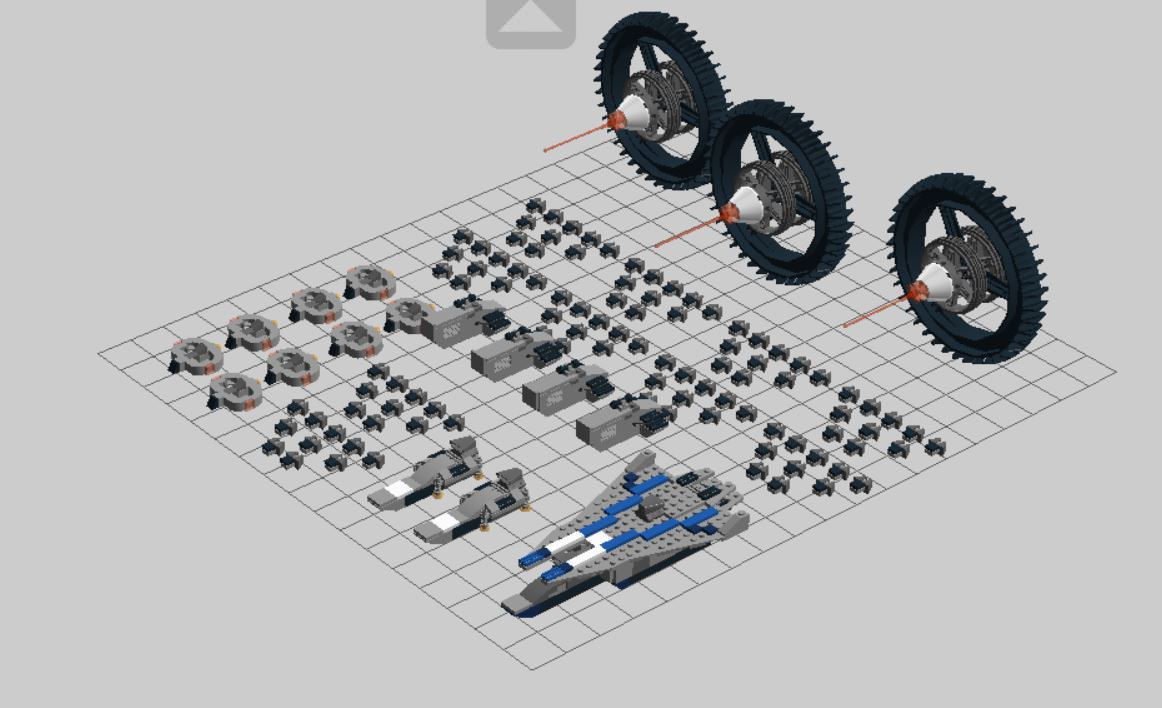