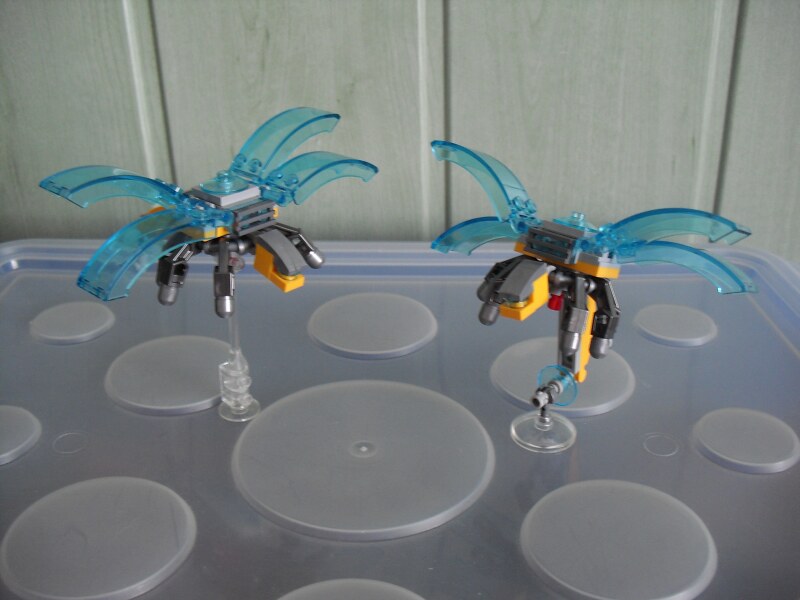 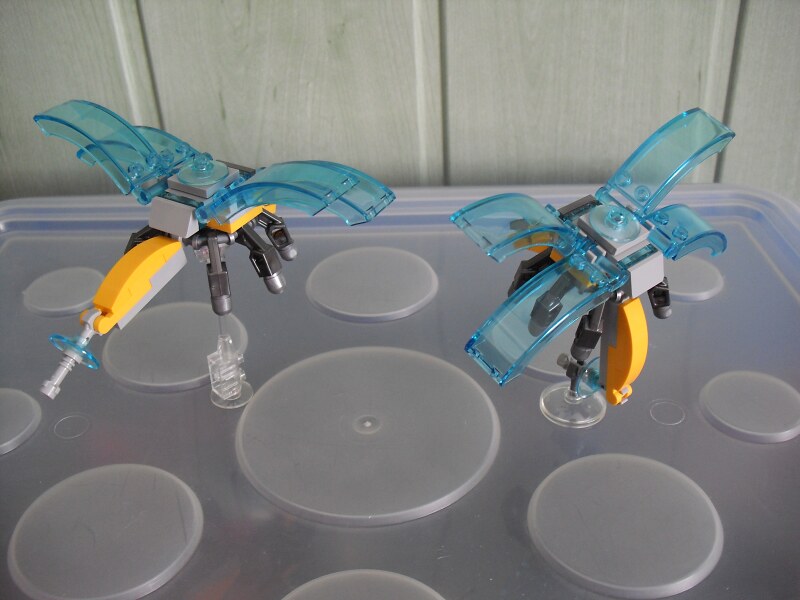 Tonbo - Light Support Drone
For scouting the are and doing sabotage, the Yellow Sun relies on these dragonfly-themed drones, also known as the Tonbo. Its main plasma gun might only get dangerous for individual infantrymen but it excels with incredible manoeuvrability and the ability to emit an EMP, temporarily disrupting enemy tanks and base defences, so that infantry can easily take them apart or simply walk around them. 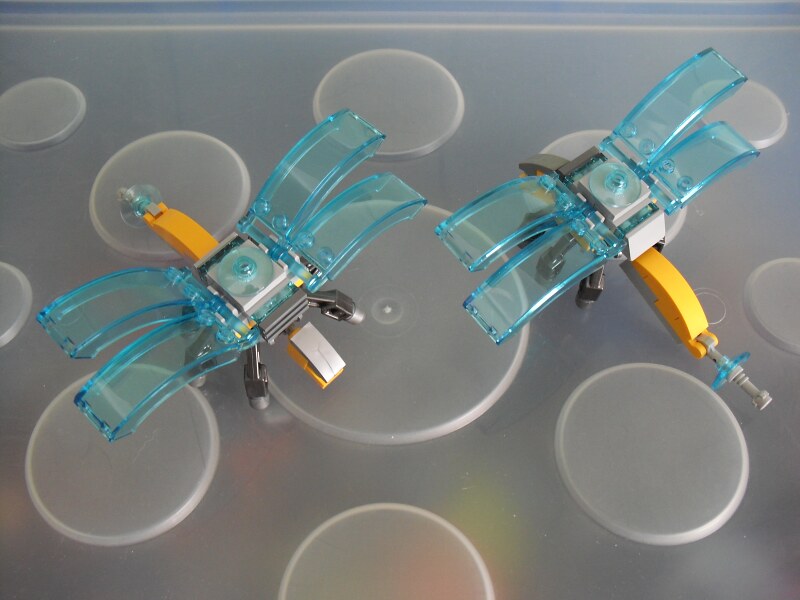 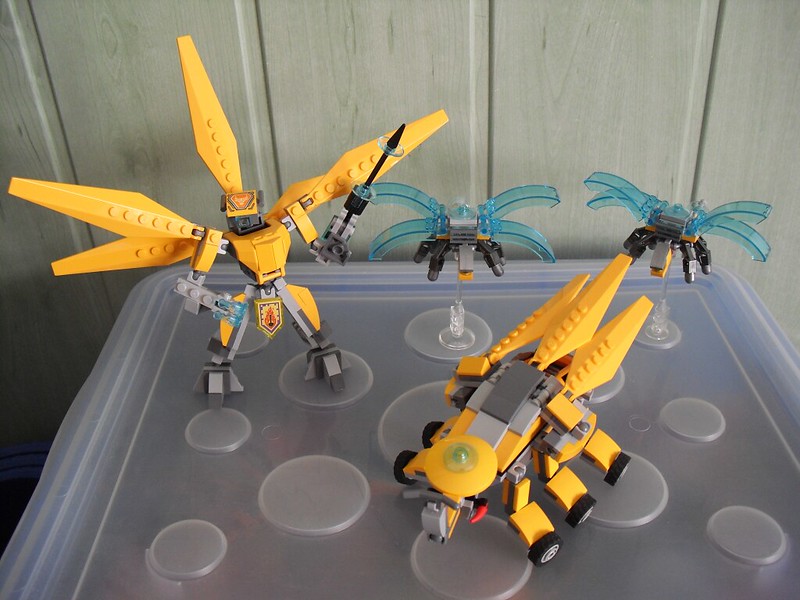 Boast?: 4/10 Again, none really, but they look cool and have potential.
Top

Style: 9/10 Clever, and building multiples is always a good way to make smaller things more impressive.
Substance: 8.5/10 Sturdy but graceful.
Photography: 7.5/10 Your first photo is a bit blurry.
Comments: Their only weakness is a giant can of Raid.
Times banned by Natalya: 9 (+ 1 alt).

Style: 8/10 Small but look really cool.
Substance: 9/10 Using the windshield for wings was an excellent choice.
Photography: 8/10 Well done nothing really to complain about.
My Factions/My Battles/My Painting and Modelling Adventures
A mind without purpose will wander in dark places
Top
Post Reply
4 posts • Page 1 of 1