Community Content: Share and share alike, please take the work and expand on it as you wish, then return it to the public sphere so that others may do the same. Useful for members who want to use, but not necessarily create, assets.

In this case, please do take it and do something with it. I created the midsection some time ago (years, now) and have struggled with a fore and an aft ever since. Also, the whole thing was supposed to be twice as long but LDD couldn't handle the strain. The Ramshackle (as follows) was about the best I could do without scrapping a lot of it and starting over. Which might be required. To that end, I'm including just the midsection as an LXF for your use and enjoyment. Maybe you can make a better ship out of it than I did. You probably can. 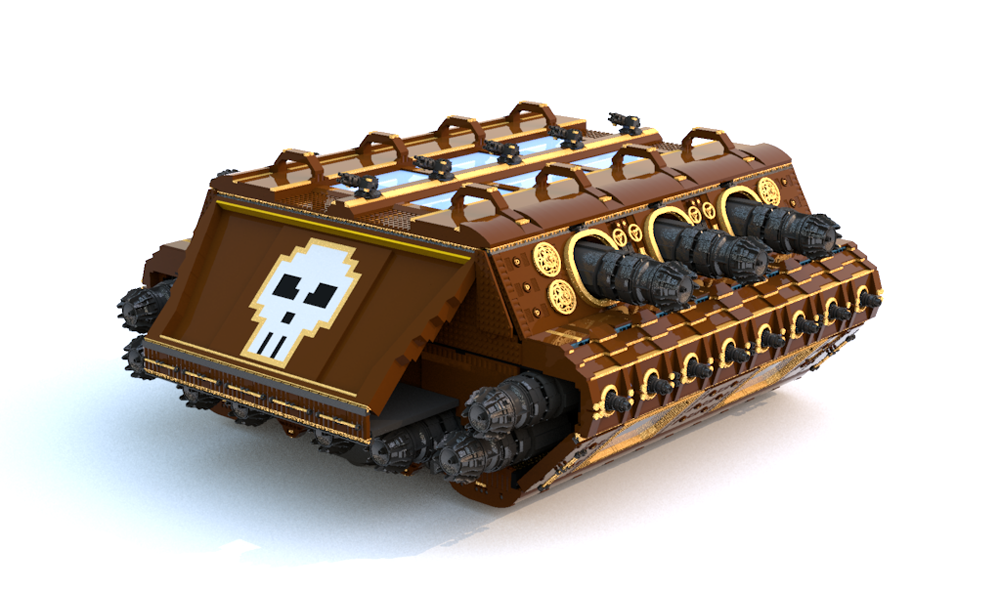 Equipped with 6 Mega Broadsides, 16 Beam Cannon Broadsides, and an Eight Mega Beam Cannon Ram Battery, The Ramshackle is a nasty close quarters ship designed to disable enemy ships and unload its massive payload of Drill Fighters on their hulls. The fighters release from almost every direction though massive energy barrier bay doors, glide a short distance to their targets, and drill through the hull before disgorging their endless streams of pirate boarders. The Ramshackle is one heavily armed carrier, in effect. 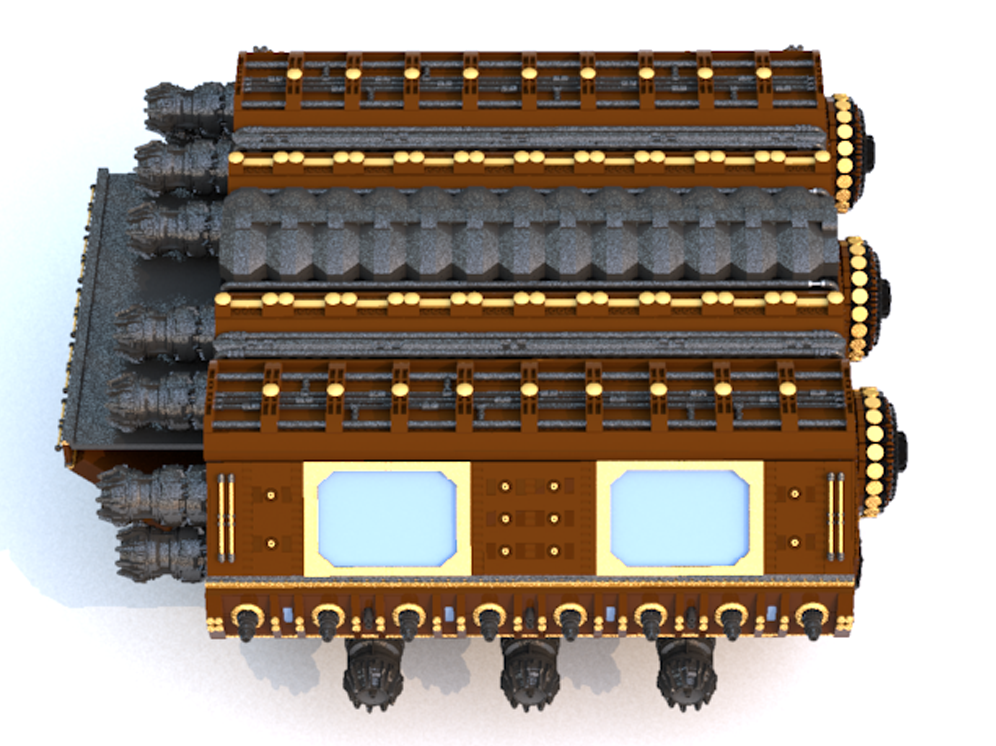 Power conduits line the bottom of the ship. A massive central line powers the Ram Battery, which the ship uses to slice apart ships before slamming into them and tearing them asunder. 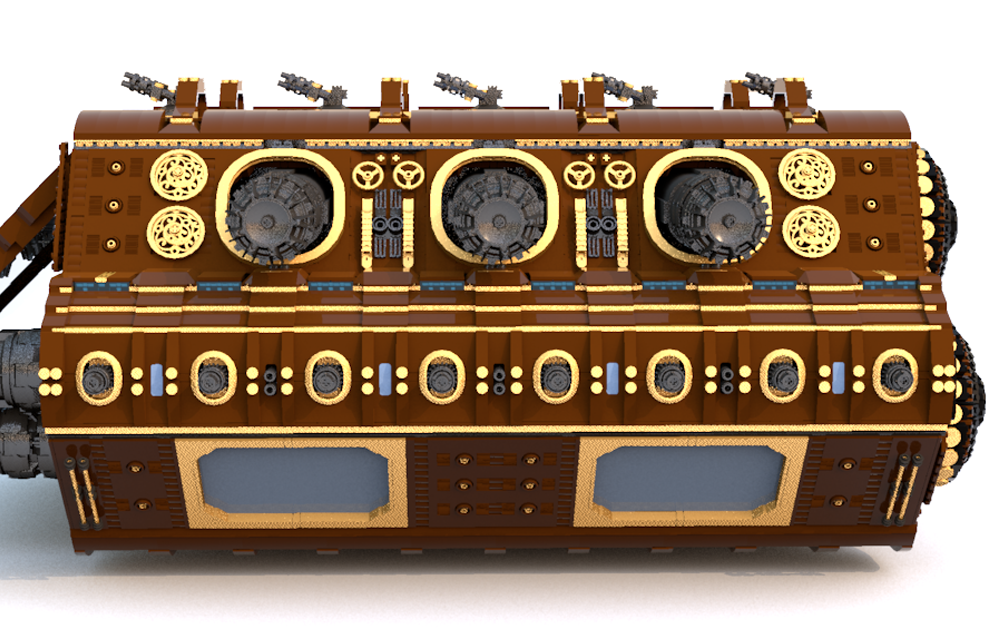 A view of the broadsides. Point defense turrets line the top of the vessel, protecting runways near the topside fighter launch bays. 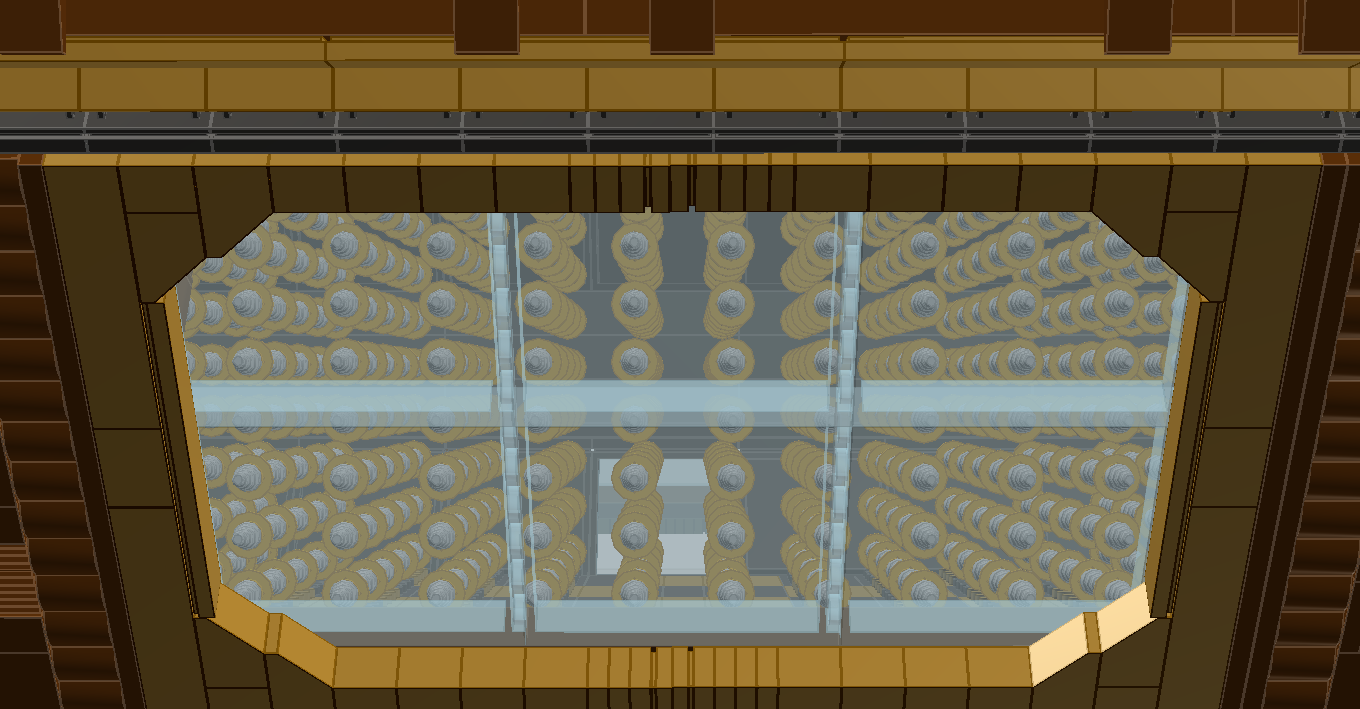 A view of a Side Fighter Bay full of Drill Fighters. Most SpacePirates start their careers owning one of these. Some eventually work their way up to captain larger ships like the Ramshackle or admiral whole fleets of ships. These are shown in regular LDD because I had to delete them, carving out space to make the program run. 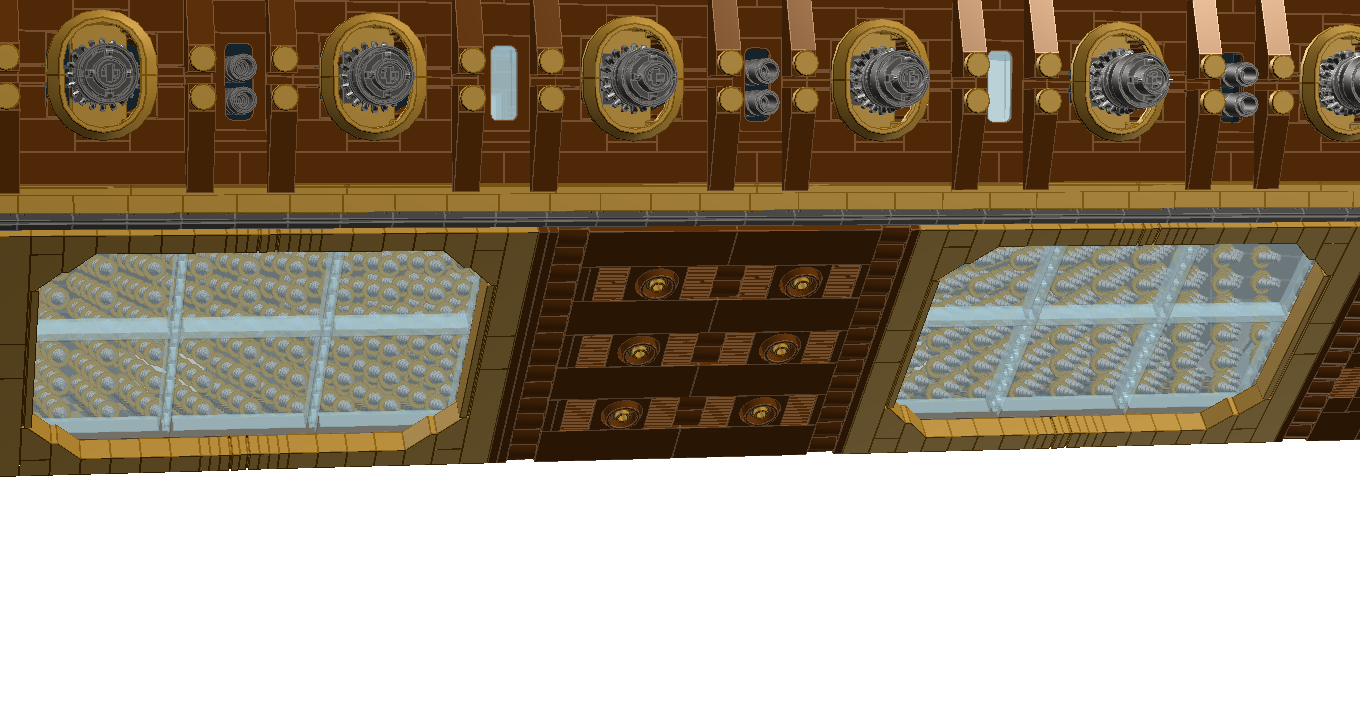 Side bays full from a distance. 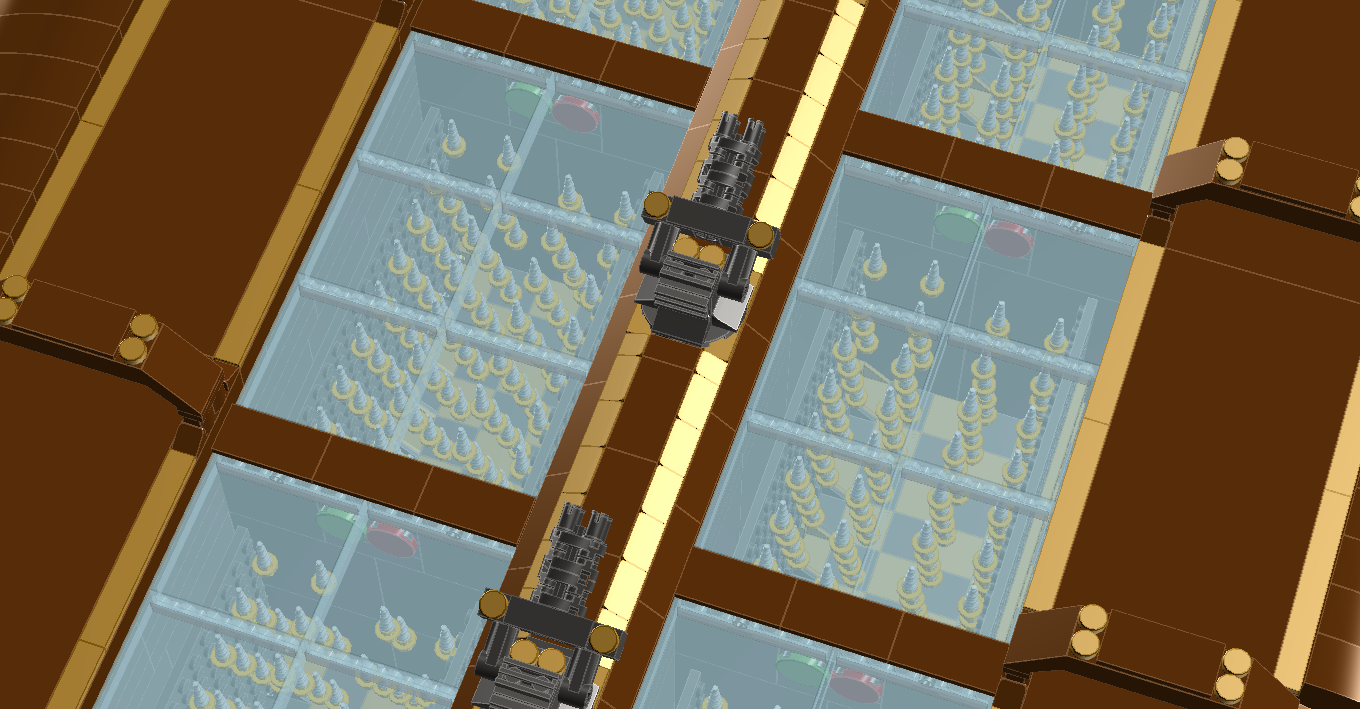 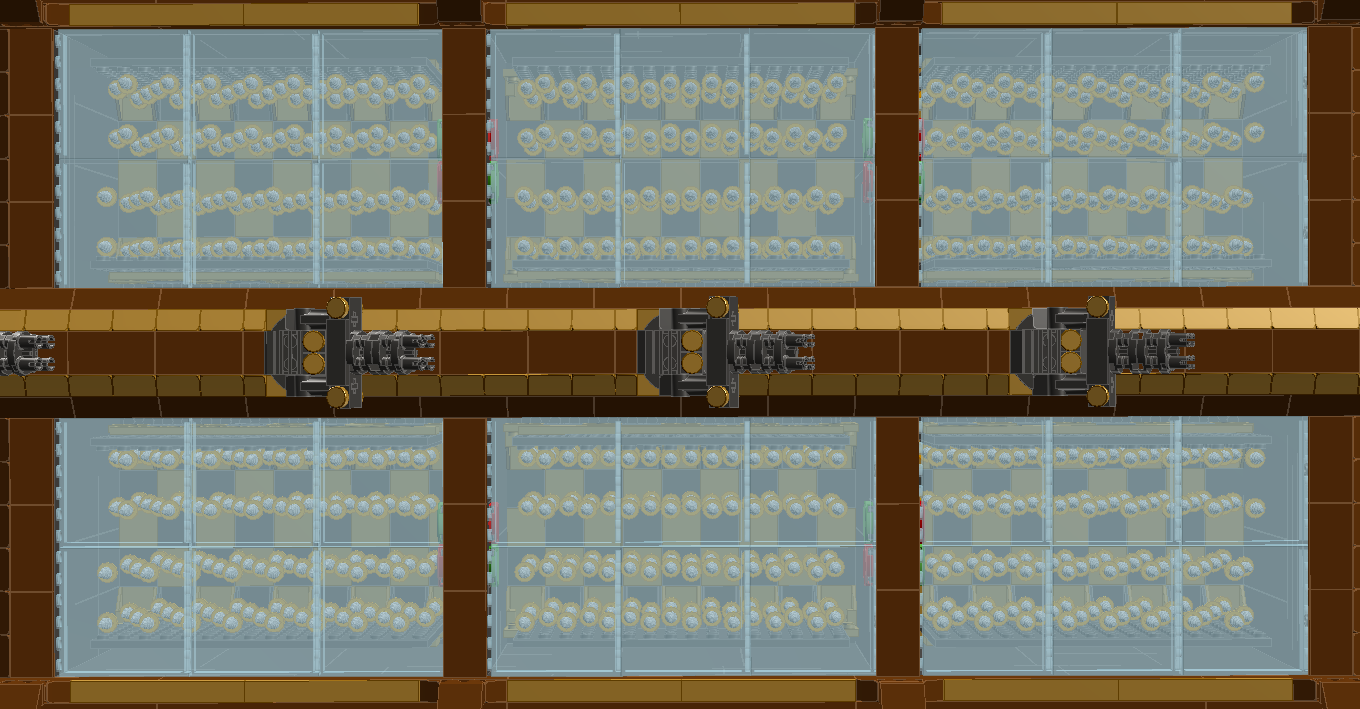 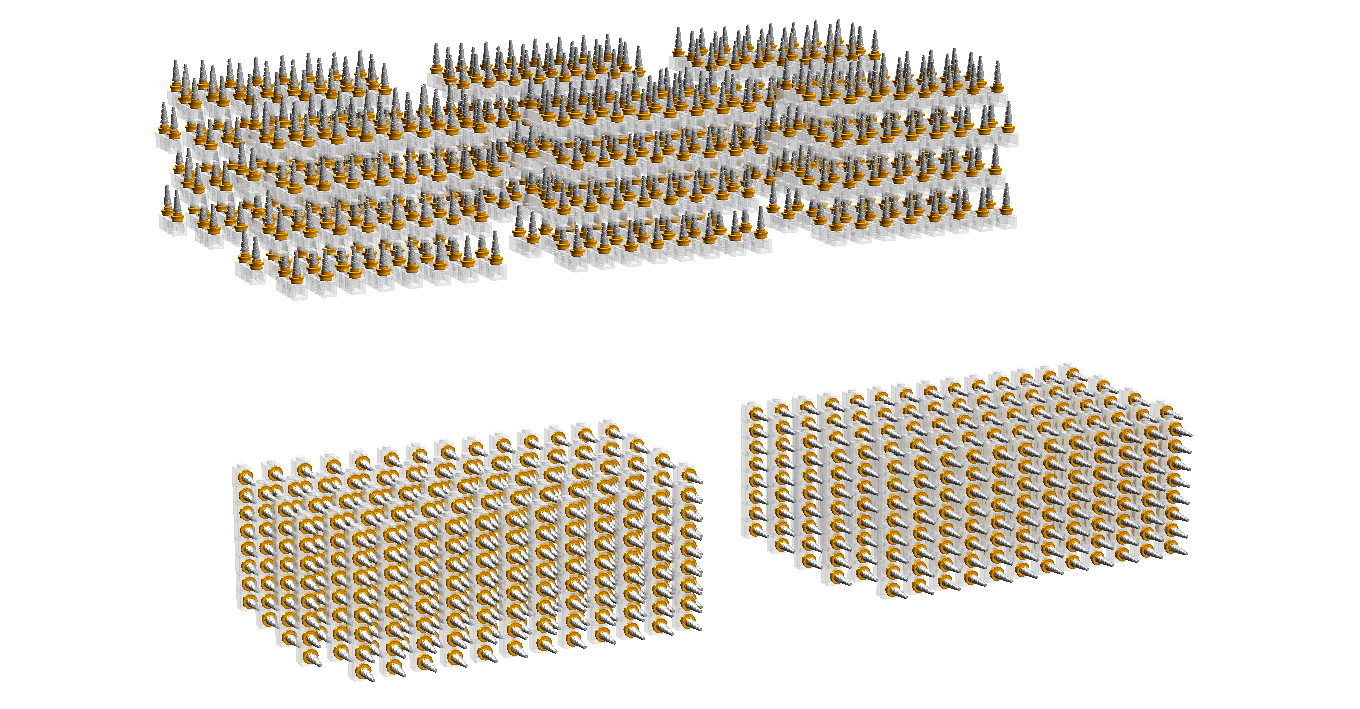 gotta be at least 3 layers of cardboard

Thanks, Silver. And, as always, thank you for your words of support, Zebra.
Quantumsurfer's Narrative Index
Top

I really want to see this as a single turret on a huge pirate dreadnaught. It's super cool.
I make apocalypses and apocalypse accessories.

Hahaha, that would be awesome. I mean, you'd totally have to photoshop the pieces together. LDD can't handle but maybe twice that before it crashes, but that would be something to see.
Quantumsurfer's Narrative Index
Top 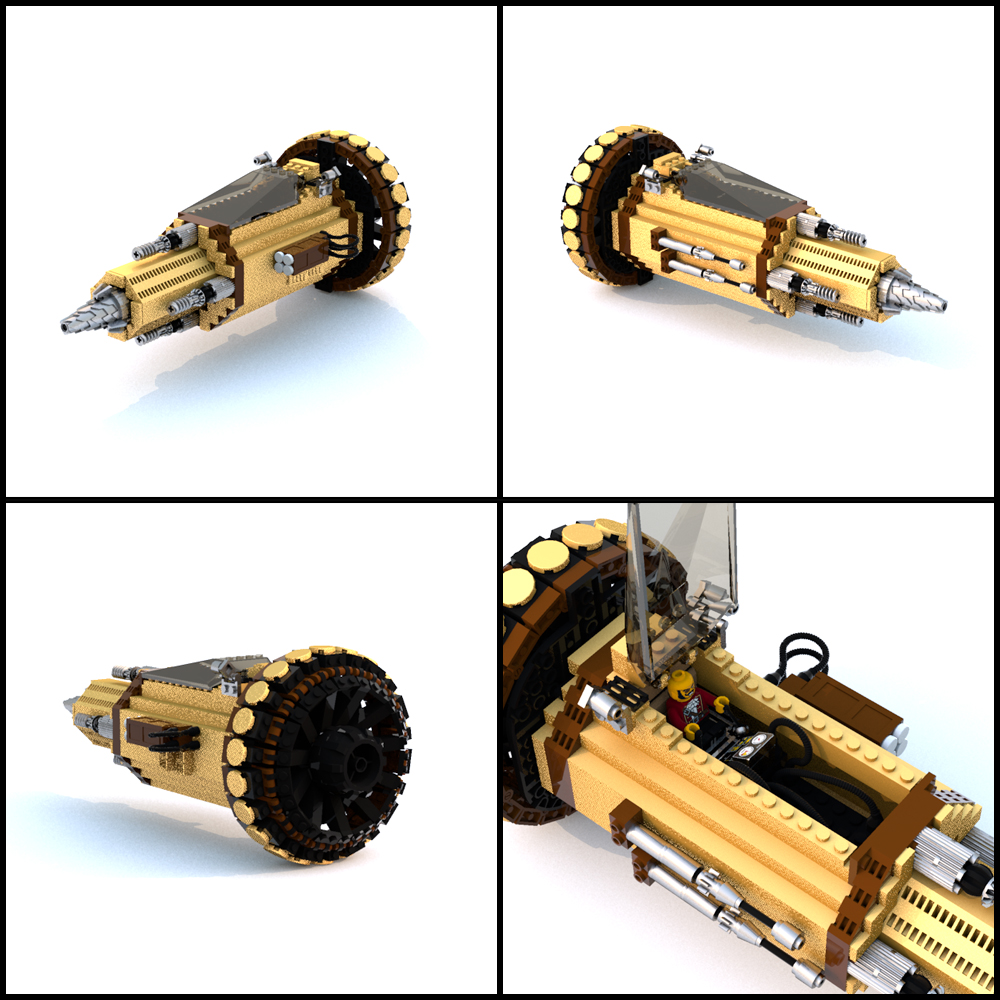 The Space Pirate Drill Boarder is a templated ship a great many Space Pirates begin their swashbuckling careers in before moving on to captain larger vessels and admiral whole fleets. A starter ship. The humble Boarder is the lowly pirate's bread and butter, ensuring him a place on a respected Captain's Crew and giving him a means to cross the void of space during a raid and join in the looting.

Essentially, the Boarder is a large drill, made from the toughest materials (the most expensive part of an otherwise often ramshackle fighter) strapped to a massive, oversized engine capable of pushing the ship to incredible speeds. The Boarder is not made for normal fighter to fighter combat, instead relying on its speed to streak toward large enemy vessels, slam into their sides, and burrow into them. Once inside, the pirate pilot usually pops gas or shrapnel grenades before leaping into personal combat and seeking out as much loot as he can carry back to his ship. The Boarder has a broad belly for storage.

The Boarder is sparsely equipped as far as weaponry goes, with a small missile launcher to the port side and a staggered set of laser lances to the starboard. Two canister launchers grace the top of the canopy, useful for a variety of neat gadgetry (such as gas canisters/grenades for the initial breach and a synthetic goop which temporarily seals the hull breach the Boarder has just made). It's primary function, as mentioned, lies in its drill head, however. Four Anchor Drills surround the larger drill to help secure the ship on breaching.

In honor of International Talk Like a Pirate Day, I present to you the ridiculous 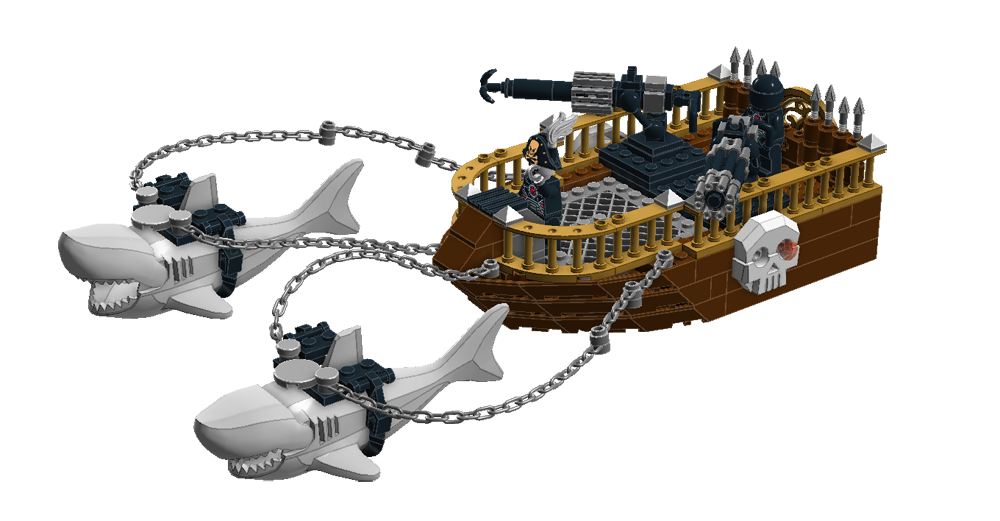 Pulled by savage space sharks, the chariot comes equipped with either a boatload of raiders, a massive harpoon cannon, a gigantic chain gun, or some combination thereof.

Apologies for the lack of render. Bluerender likes to shut my computer down on random LXF files and I have no idea why. Not a great deal of support for the program either.
Also, the harpoon and chain guns might look familiar! That's because I took them from my Big Blue Train design. Anyway, enjoy.

Armoury: The Realm of Frostborne , The United Empires of Esduin / The Story So Far: Frostborne Kronicles
Top
Post Reply
10 posts • Page 1 of 1