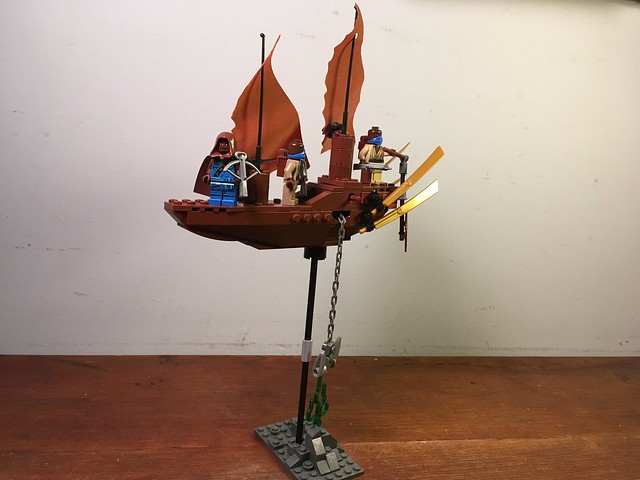 For, like, a thousand years the Lin Shun empire has existed somewhere(idk, I'm lazy and couldn't find a map) on the planet of Medivo. The Lin Shun excel at shipbuilding and conduct most of their battles at sea. 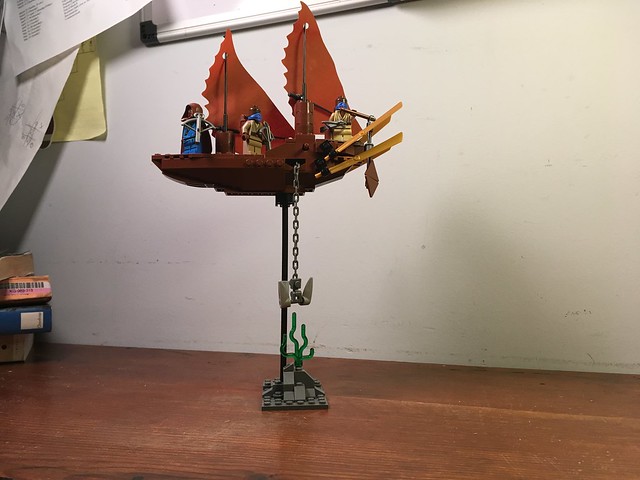 An example of the skill of the Lin Shun shipwrights, the War-Junk is among the most popular vessels in the Navy. Notable for its minimal crew, of three, and low wake profile the War-Junk is perfect for covert operations and other sneaky-beaky-like behavior. 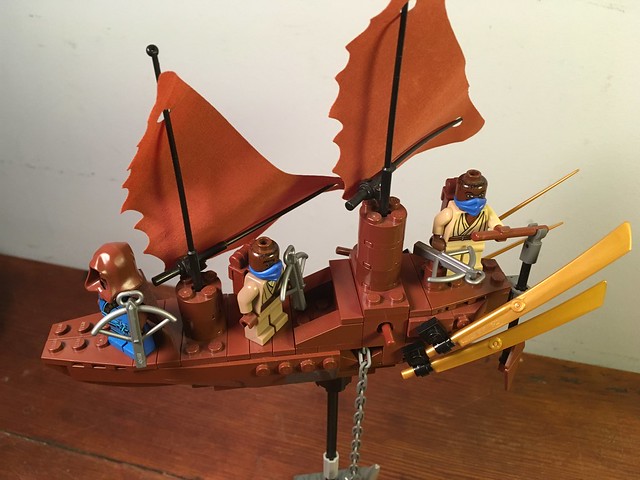 This particular War-Junk is commanded by the infamous captain Ju-Les, who got missed by an arrow once and is now really obsessed with quoting bible verses. 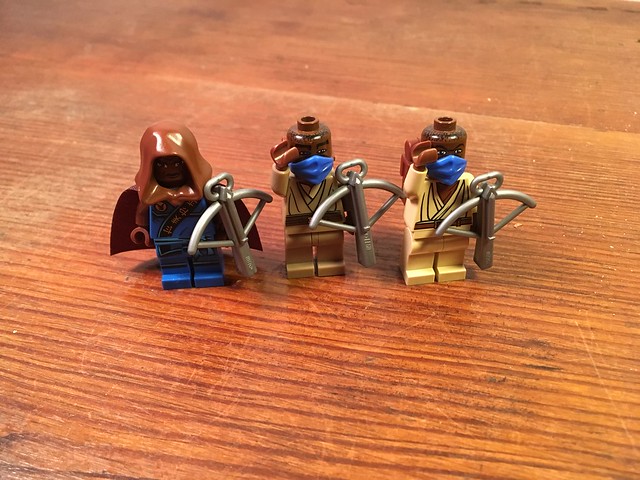 Oh no! It's some ShItGoATs! 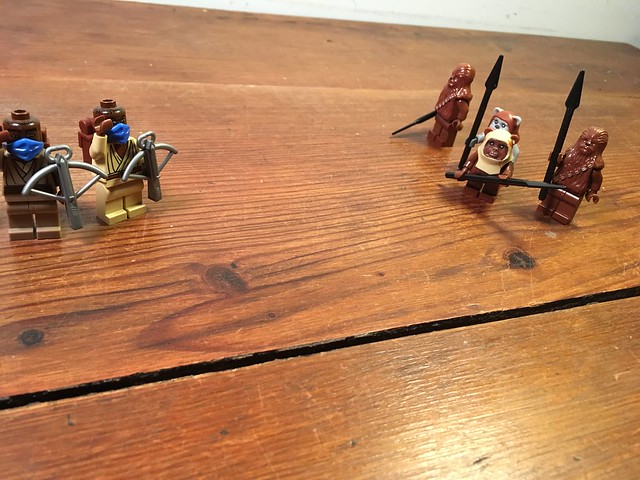 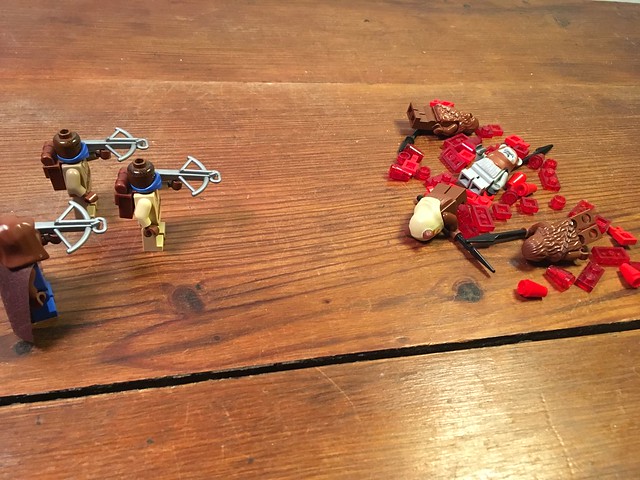 Some close-ups of the functioning winch for the anchor, which I am particularly proud of. 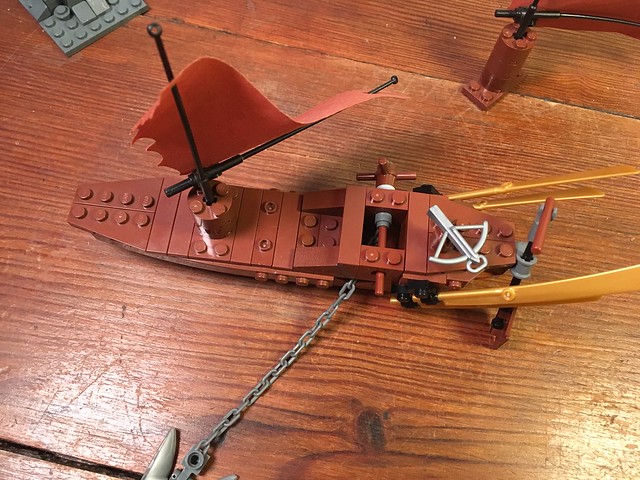 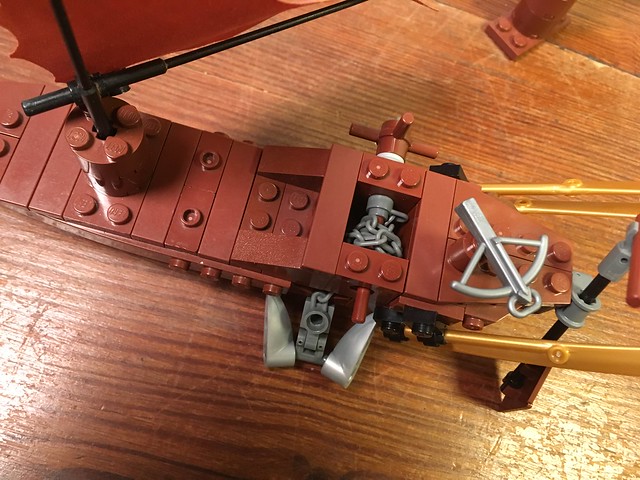 Close up of the anchor. 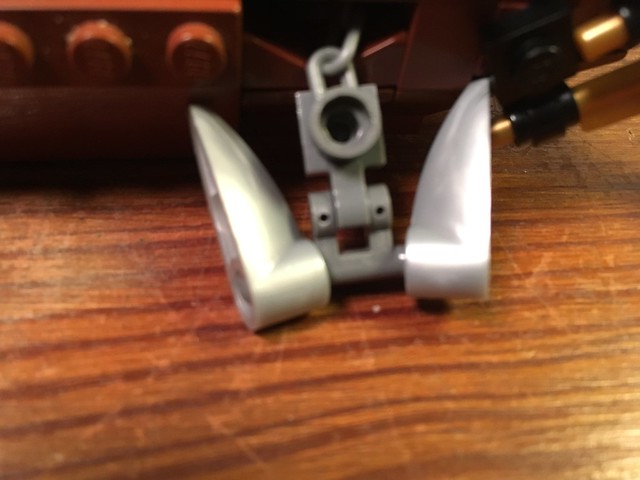 lowkey here for the fluff...
Top

its shit brown though

Yeah that's a good lil' canoe there
I make apocalypses and apocalypse accessories.

Style: Hmm... 8/10 kind of plain, but it looks like a boat! Love the fishing poles as masts and the anchor build!
Substance: 9/10 You not only BUILT it, but added a scenic "underwater" base! This is pretty cool!
Photography: 9/10 Love the scenes and the viewpoints! Adding the scenic base was a great idea!

Boast?: 7/10 This is a pretty cool build, and the background context is great.

Style: 8.5/10 It's a boat, but a fairly shapely one at that.
Substance: 10/10 It has a working winch and an underwater base to prop it up with? Somebody give this man a medal!
Photography: 9/10 Plenty of good photos and an action scene to boot.
Comments: Very creative, and a top-notch effort.
Times banned by Natalya: 8 (+ 1 alt).

Style: 9/10 don't really see many boats these days so it really is nice to see one.
Substance: 9.5/10 The build itself is well done capturing the shape of a boat is hard with bricks and the anchor really adds to it.
Photography: 8/10 Well done nothing to complain about all of the pictures are well sized and are not blurry.
My Factions/My Battles/My Painting and Modelling Adventures
A mind without purpose will wander in dark places
Top
Post Reply
7 posts • Page 1 of 1