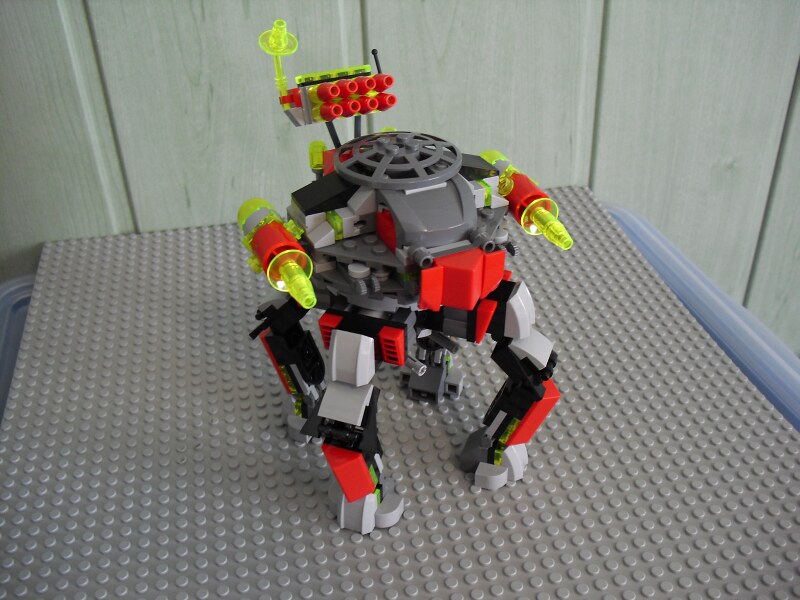 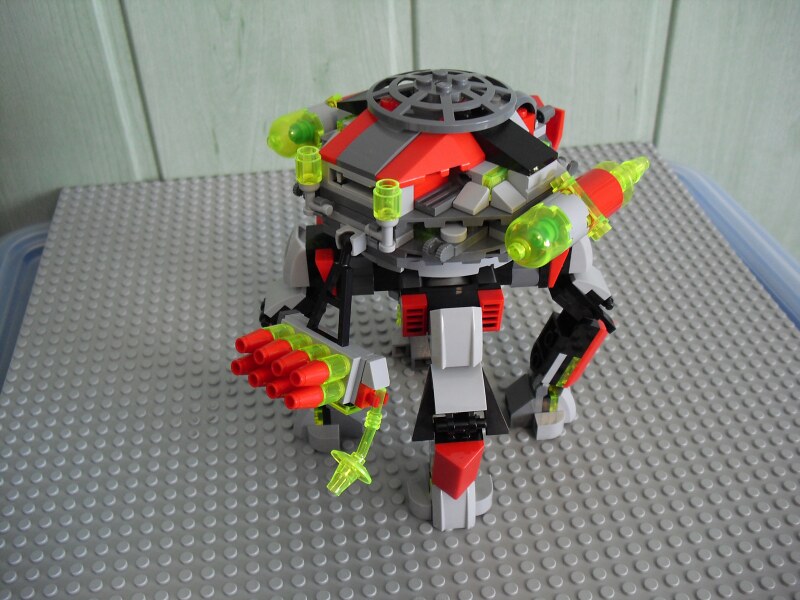 D-200 "Kleshch" - Drone Walker
The commies decommissioned the older version of the Kleshch rather quickly due to its poor armament and overly huge leg spread width. These issues were addressed in the most recent revision, replacing the smaller chemical throwers with huge chem shower cannons dissolving concrete buildings in a matter of seconds. Additionally, a rack of eight acid missiles can lay waste over a bigger distance, whereas an underbelly-mounted twin LMG can keep incoming sneak attackers at check. 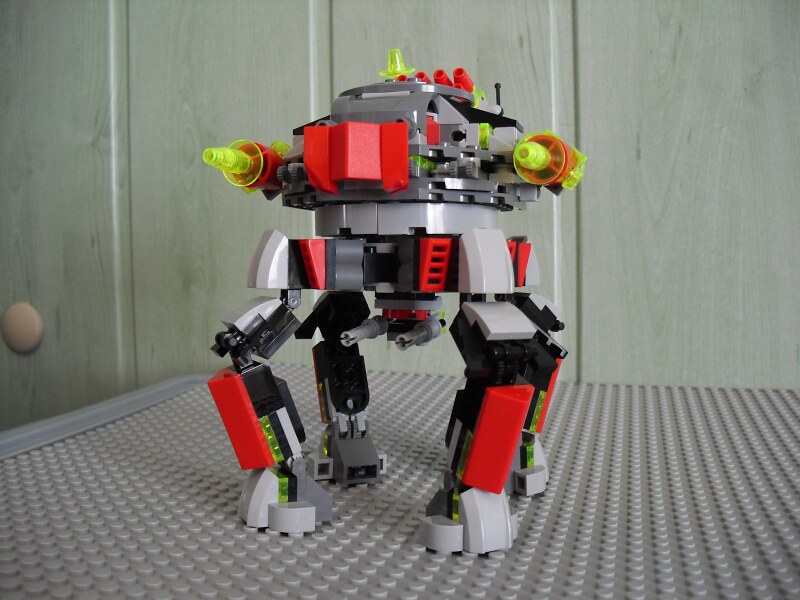 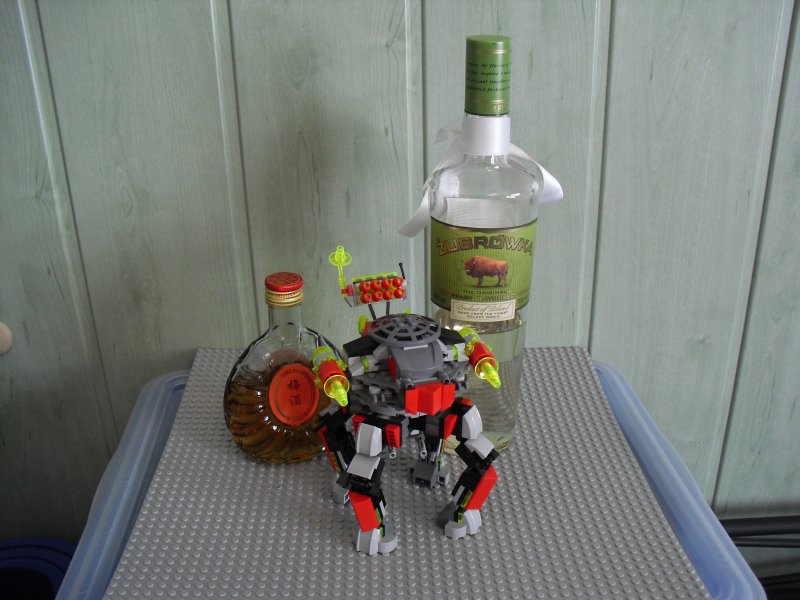 Plum wine? That stuff will fuck you up REAL good...

Style: 7/10 Nice blend of colors, GT is used well, but kind of boxy.
Substance: Hey, you built a thing! 9/10 For a drunken build, that's balanced really well composition wise. Looks clunky and boxy, but its planned out really well with plenty of armor and gubbins.
Photography: 7/10? Nice shots. Some action poses would be nice, but not bad.

Boast?: 8/10 Seriously dude, you drank PLUM WINE and built THIS?!? Last time I had plum wine I was counting the texture dots on the ceiling!
Top

Style: 8.5/10 Visually striking, both in terms of the design and the color palette.
Substance: 8.5/10 Some nice build techniques here, and your attention to detail is excellent as always.
Photography: 9/10 Clear lighting, good focus, centered on the build and uncluttered, not much more I can ask for except some action shots.
Comments: Impressive as always, keep up the good work.
Formerly known as TheVengefulOne. Times banned by Natalya: 10 (+ 1 alt).

Style: 8.5/10 Looks really good fits well with the USSSR theme.
Substance: 8.5/10 Really well done with all the details and greebling impressive for being drunk.
Photography: 9/10 Nothing to complain about all of the shots are clear and show off the features nicely.
My Factions/My Battles/My Painting and Modelling Adventures
A mind without purpose will wander in dark places
Top
Post Reply
4 posts • Page 1 of 1