Hey everyone. This is my entry for the Blarney 2019 contest. The MOC itself is a aircraft carrier spaceship which also can deploy ground forces with a huge assault door and jet-pack equipped Fly-Bois with the launch platform on sides. There is a working elevator that can transport fighters from the lower deck to the take-off/landing platform above. The middle section of the platform can be removed to access the lower hangar deck. There is also a sliding door that connects the war-terrace to the lower hangar section. This ship is designed to be used for brikwars battles and soaps to come in the concept of Ragnablok events. Comments and critics are welcome as always. I also want to thank first of all to Kommander Ken and other friends from the discord chatroom for motivating comments and inspiring ideas during WIP. 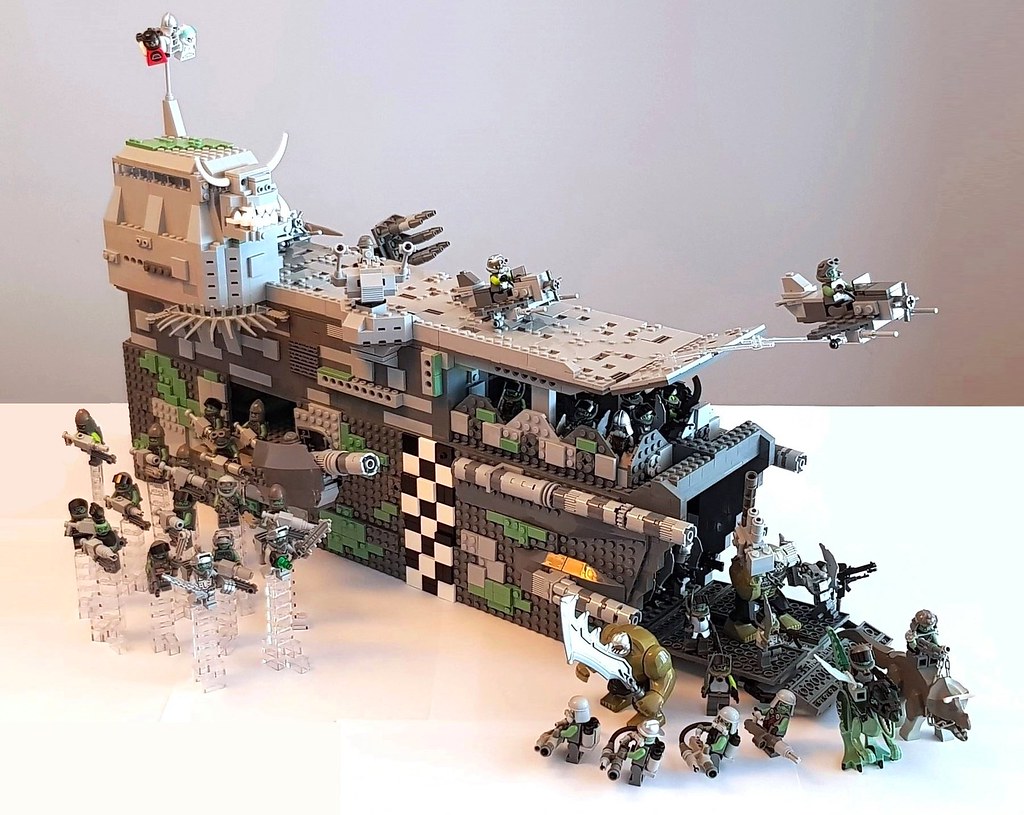 Take-off/Landing Platform on the upper deck 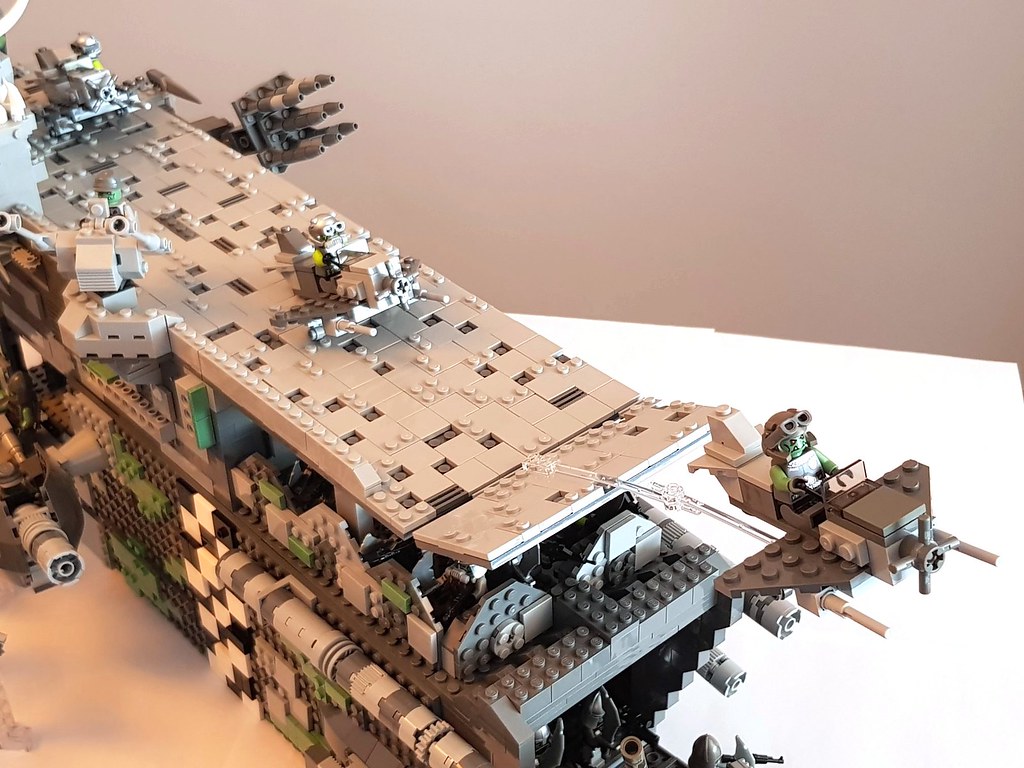 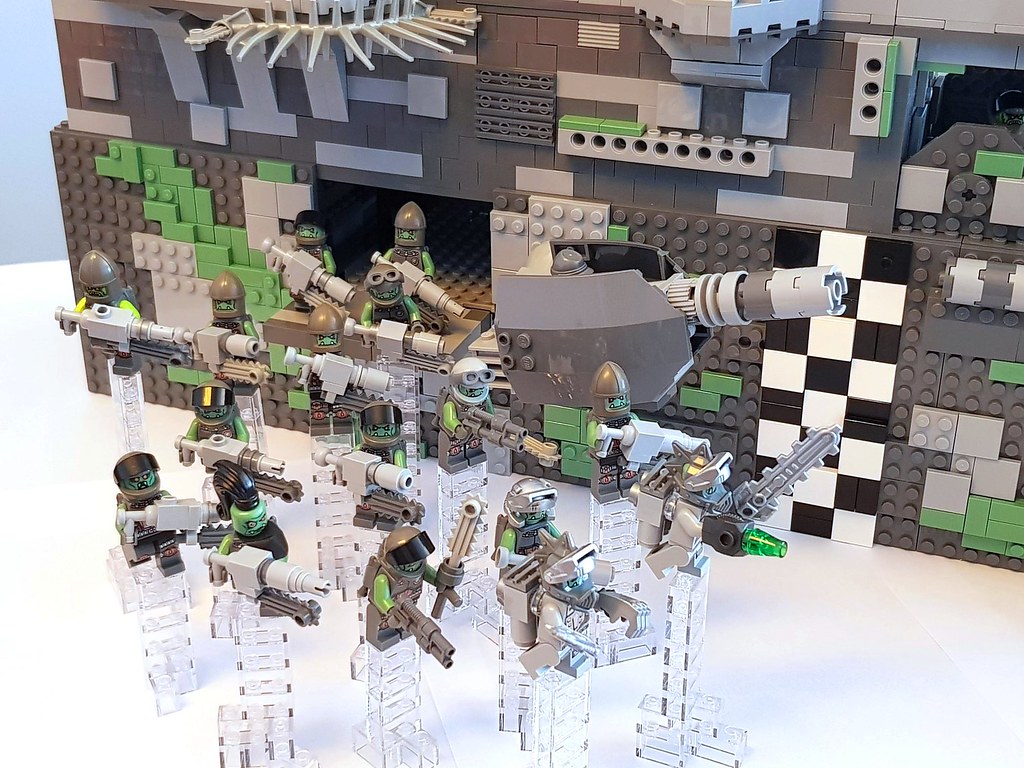 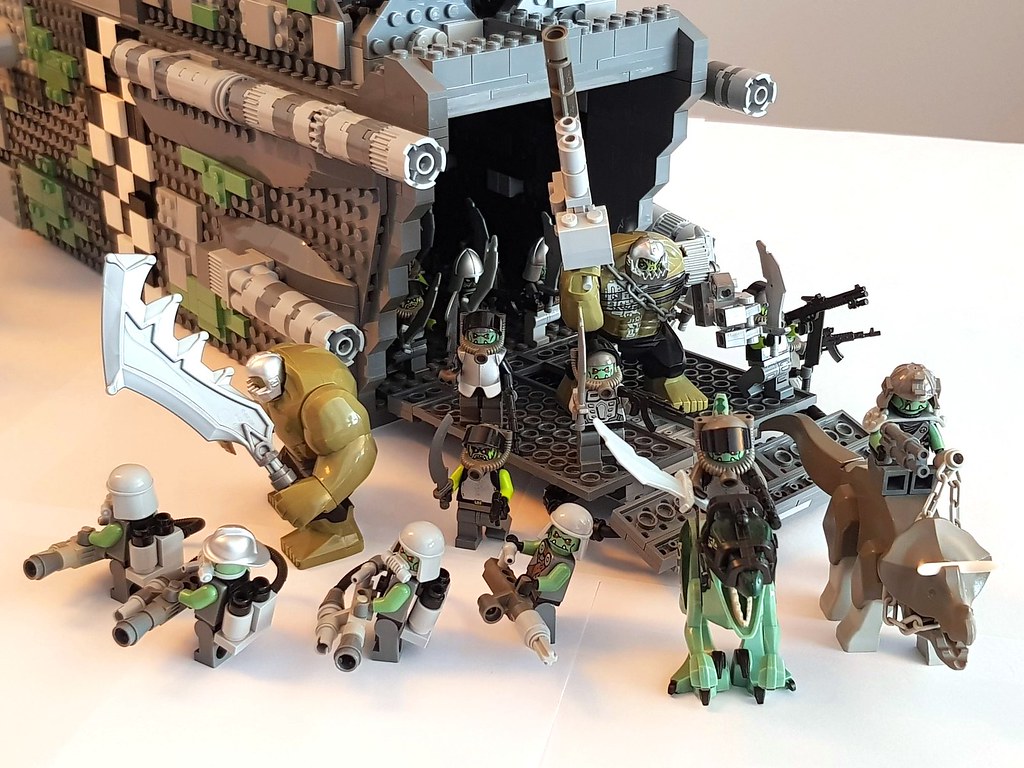 Figure head on the Bridge-tower 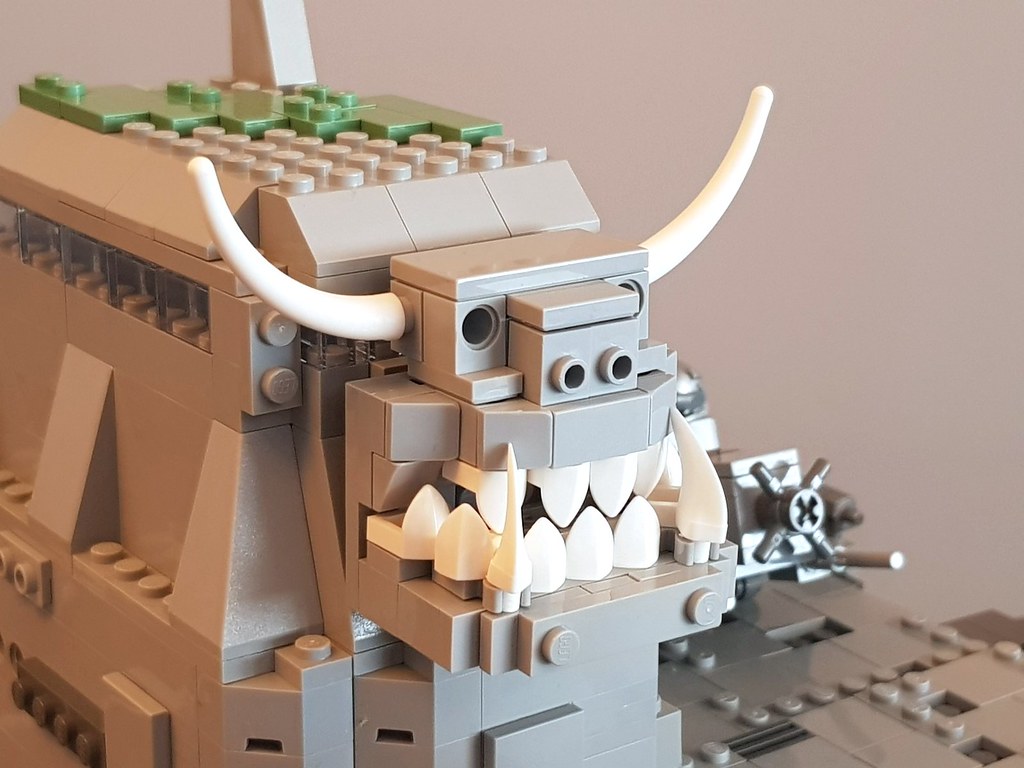 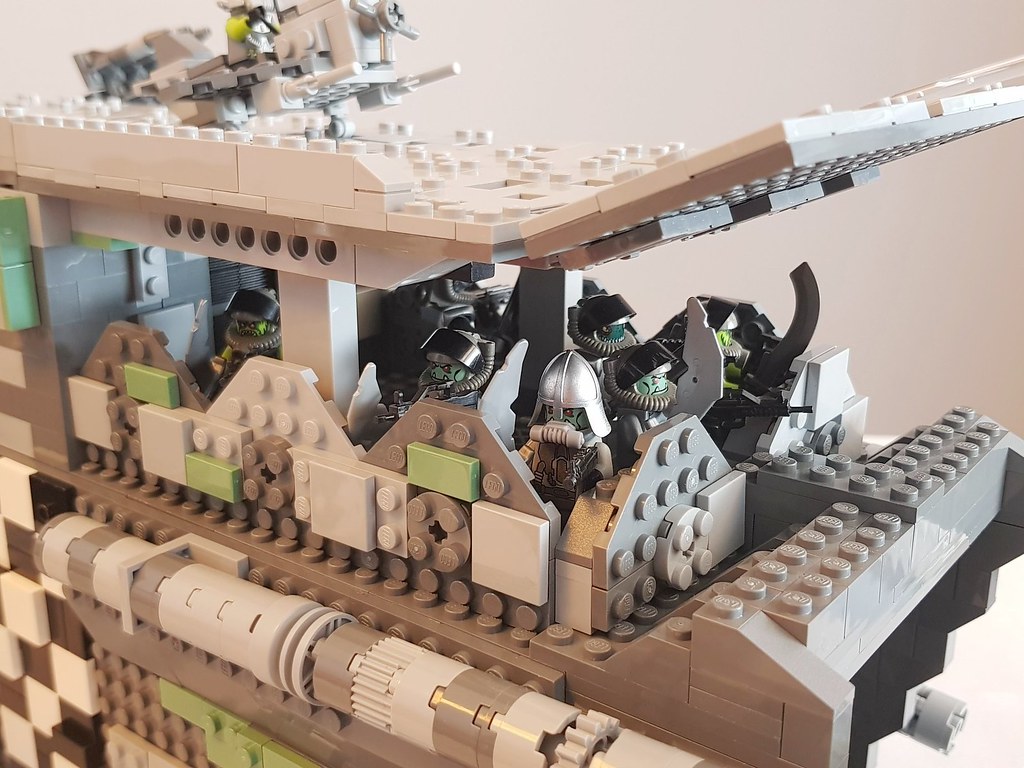 Elevetor that can transport aircraft between decks 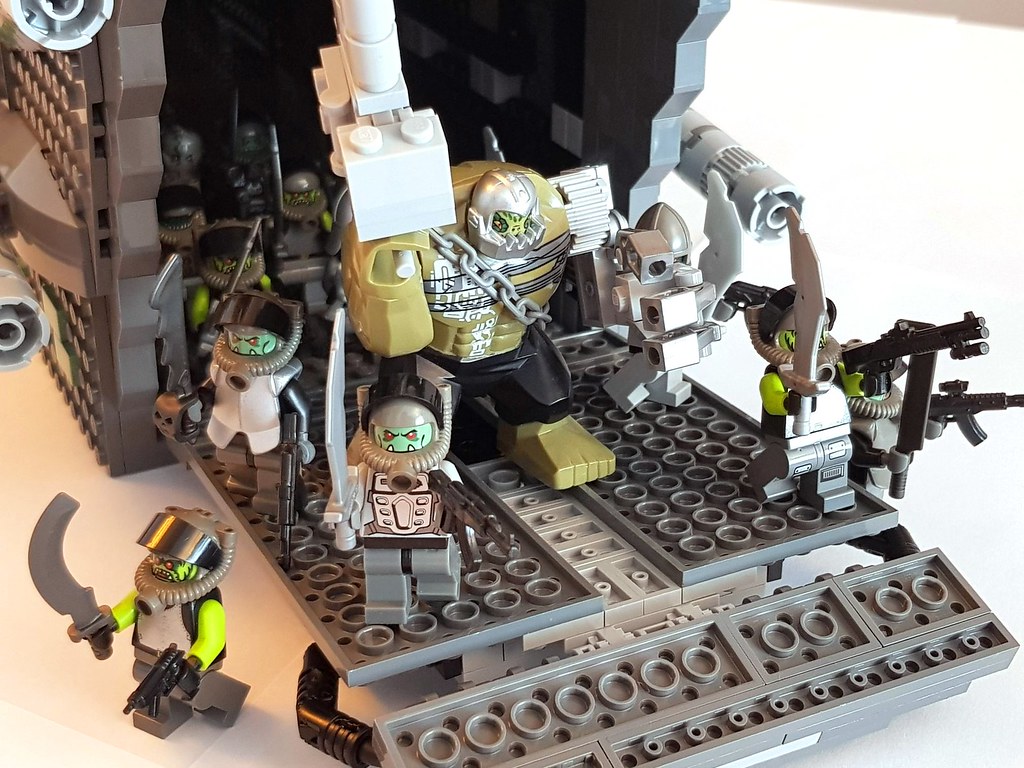 beautiful in its grungy blocky ugliness. favorite detail is the M-Throne and IM corpses up on top
Top

Gosh! Looks like it can take a mighty blow as well as deliver one. I hope none of these finds its way to our system`s borders.
Great work!

Style-9
This build is fucking over-the-top, huge, and perfectly fits into the Brootal armada. My only criticism is that it needs moar shooty bitz.

Substance-10
The working elevator is fantastic, all of the openings that Brootals can trample out of is great. I also appreciate the grisly trophies taken from the RC.

Photography-10
Lighting is pretty much perfect. Details and the size of thing is perfectly captured.

Boast-10
YA FINK DAT DA BROOTALZ ONLY USED BAWKSES? HA! WHAT IF I TOLD YA WE HAD SHIPZ THAT CARRIED LOTZ OV TINY OTHA SHIPZ? WHO WOULDA THOUGHT?!

SHTAYLE: 9 - YEAH DAT'S A BROOTAL KONSTRUKTION RIGHT DERE
SHTUBSTANCE: 9 - DAT BIG BAWKS HAS LIL BABY BAWKSES WITH AN ELEVATOR
FOTOGRAFFY: 9 - Pretty much perfect, but personally I don't like overuse of the sharpen tool.
BOAST: 10 - AIN'T NO FLEX LIKE A SHIP FLEX
I make apocalypses and apocalypse accessories.