Welcome, BrikWarriors, to the midpoint of the year. It is a time of celebration across the BrikVerse as kanon settles into the comfortable, roaring pattern of repeated fire. For many, it is also a celebration of nationality and homeland pride as the factions for the rekonstruktion settle into the deepest state of warfare and fueding. Fireworks flare as often as rocket fire and parties, both the dancing and war varieties, spontaneously erupt everywhere. The denizens of the BrikVerse let loose in full swing and engage in the best acts of debauchery and butchery seen all year. These celebrations will set the tone for the remainder of the rekon.

Those wishing to participate in the contest should submit an original scenic build via a new thread in the Armoury or LDD forum between June 1, 2019 and July 31, 2019, including the identifier tag [JJJ19] in the title.

Judging of the entries will commence immediately following the contest, beginning August 1, 2019, and will end no later than August 14, 2019. The final scores will be announced and formalized in this thread on August 15, 2019.

For the 2019 Contest, the following are Judges:
The following are Secondary Judges:
Judges will view each entry and score it based on the following categories:
Each Judging Category is rated on a scale from 1-10. The scores from each category will be added together, with the exception of Theme, for a Total Score of between 3 and 30 from each judge. Those scores will be added together for a Final Score which will be compared for the win. Judges, for this contest, we will be attempting a new system wherein you are allowed to score using whatever decimal you wish, as usual, but I will round those score up to the nearest 0.5 score. For example, a 6.69 will become a 7 and a 3.14 will become a 3.5. This is just a test to see if we can make ties more likely without making them overly likely. If any of you math oriented people have a better solution, please, by all means, I am all ears. Let's try to keep it relatively simple, though. 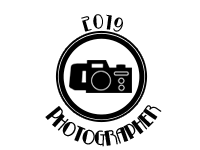 I hereby volunteer.
Compendium of my works

I rarely participate in events, So I guess I'll offer to judge.
Faction Index - Flickr Gallery

Friendly reminder: About half a month to go. Please get those entries in.
Quantumsurfer's Narrative Index
Top

To be entirely clear, judges should in no way feel obligated to judge an entry from a banned person.
Quantumsurfer's Narrative Index
Top

I still need scores from a judge and I can wrap this up.
Quantumsurfer's Narrative Index
Top

Thanks to all participants for your entries into this year's Jamboree.

Well done and congratulations. Less entries this year but we had some really inspiring stuff and some great callbacks to the community at large as well as to popular individual lore. I do hope we see a pickup in the coming contests and the next year's Jamboree but overall I'm really satisfied with what we've achieved this year.

Bookwyrm
For the Scene "Return of the Sigfig"

Thanks quantum and judges for your effort. This is my first "photographer" bagde