Sup everyone! Here's an intro & Overwatch for an army I've been working on.

You can click on the spoilers to see closeups of the vehicles. 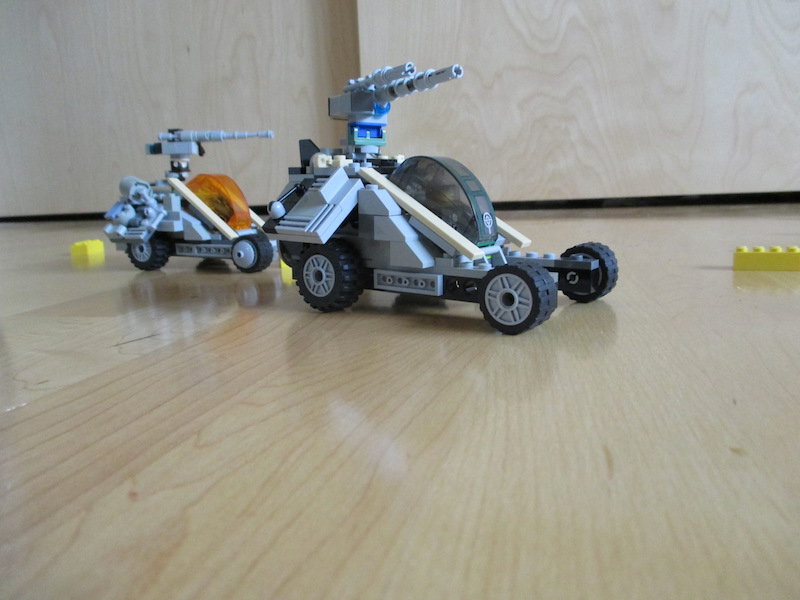 Two Recon Rovers cut across the sands of Garami, a desert moon in the backwaters of the nebula. The runners are scouting ahead of the main Teffran column, guarding against a possible ambush.

The Teffran RCR-81 Recon Rover is designed for scouting and escort duty. Due to it's durable design it is effective across a range of terrains. 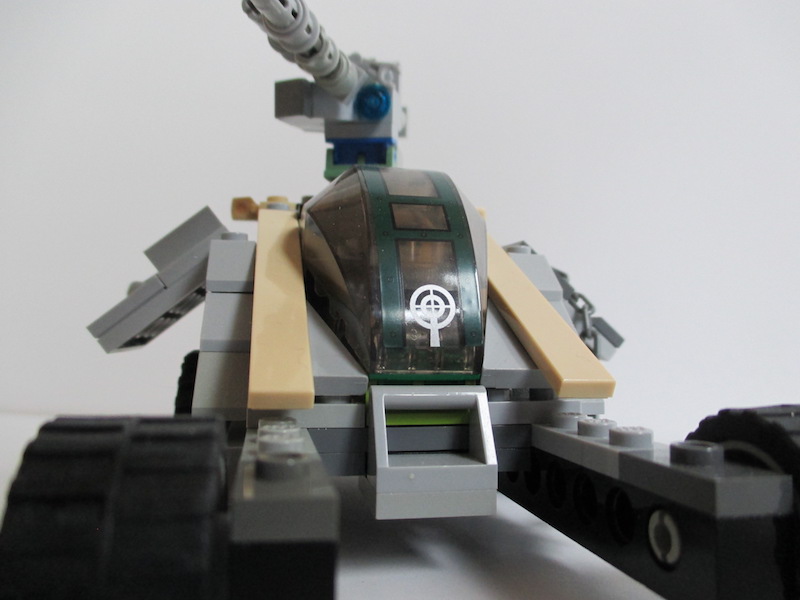 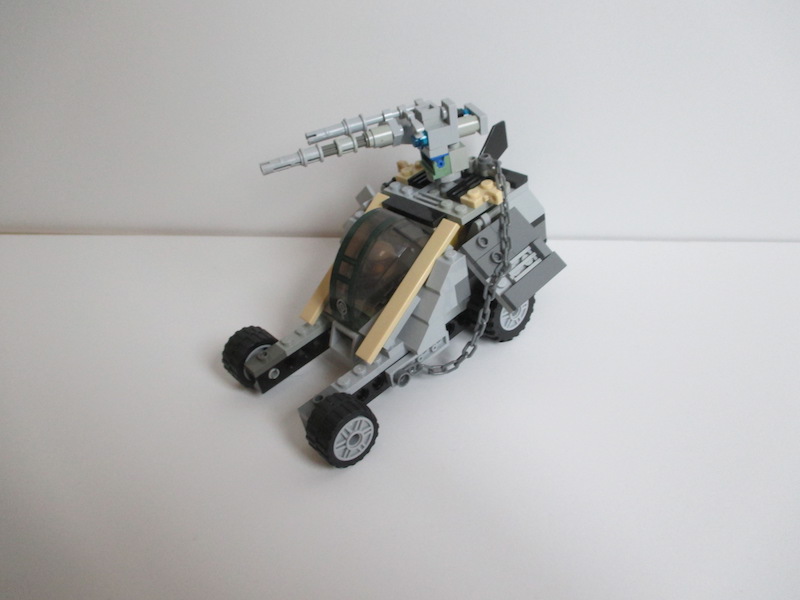 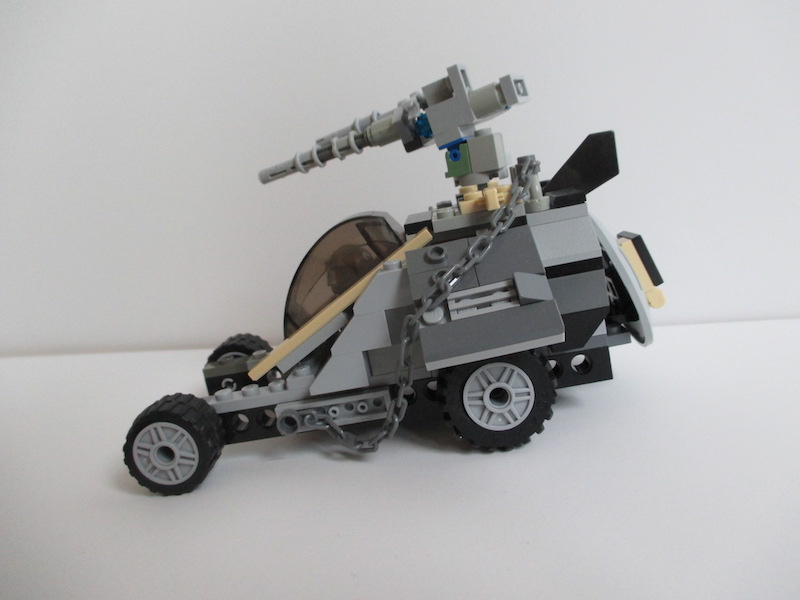 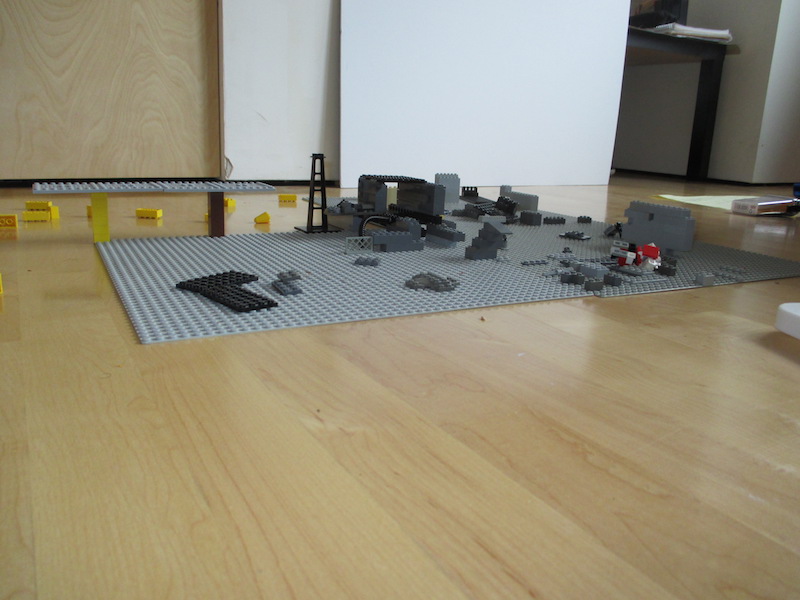 Their Destination: Firebase Kilo, a Teffran outpost destroyed by an unkown assailant. 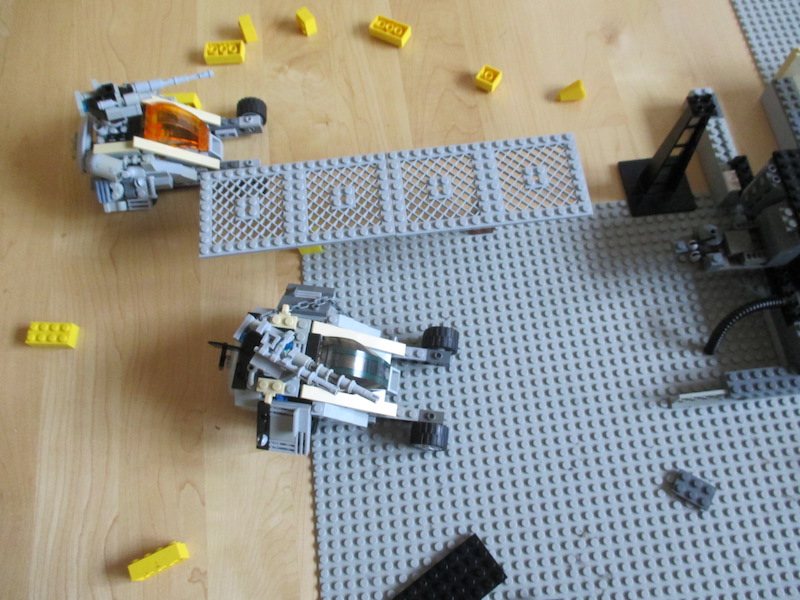 "Vulture-2 for Enki, No contacts detected at Kilo, over..." 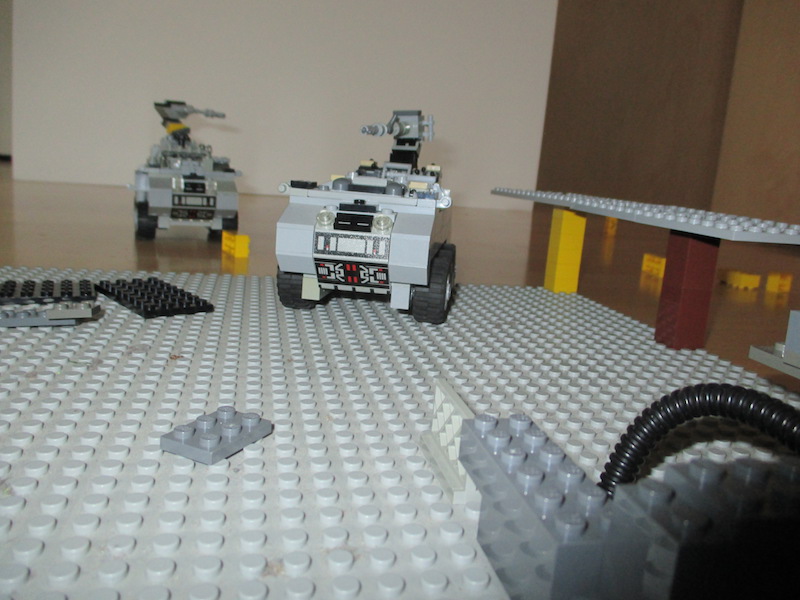 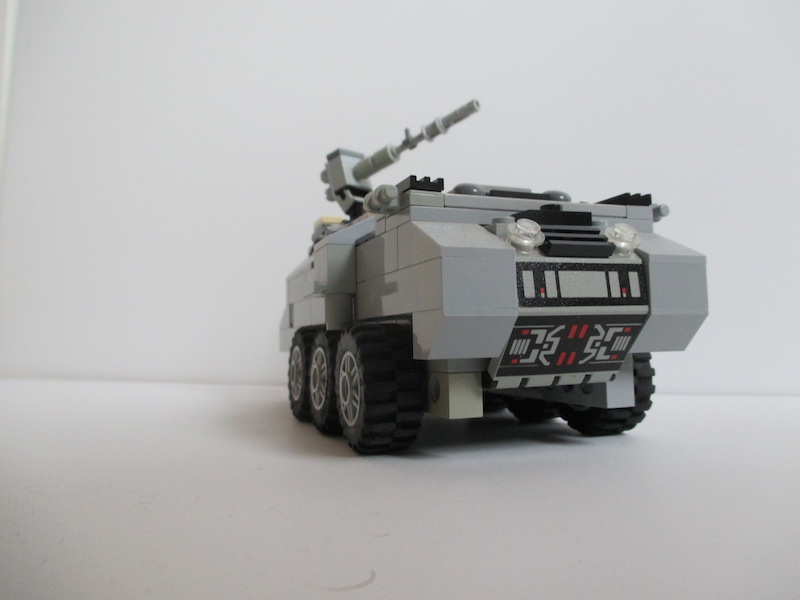 The Sakir "Battlerunner" Armored Support Carrier is a Teffran infantry transport and fire support vehicle, which due to some rather questionable decisions made by the Teffran military council is one of the only Teffran vehicles capable of pointing its gun upwards. 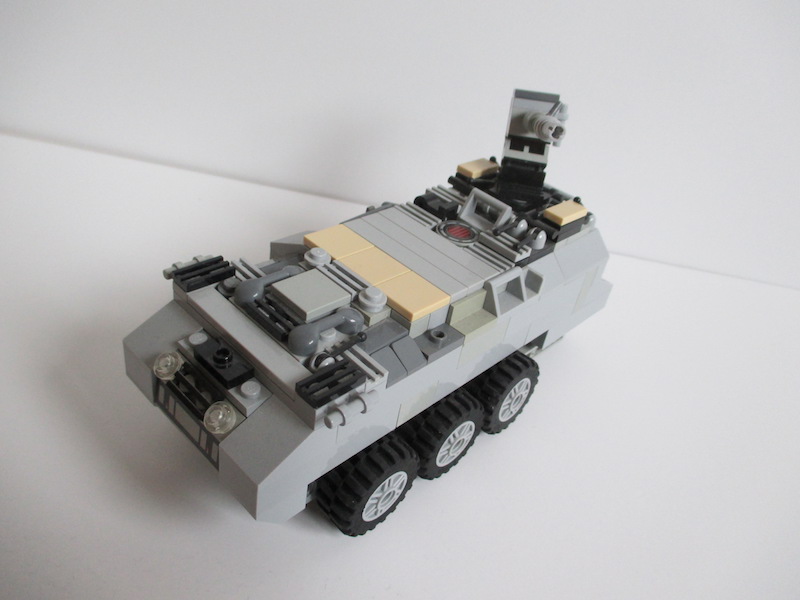 Battlerunners are prized for their ruggedness. With six wheels each, they can move quickly over harsh desert terrain. 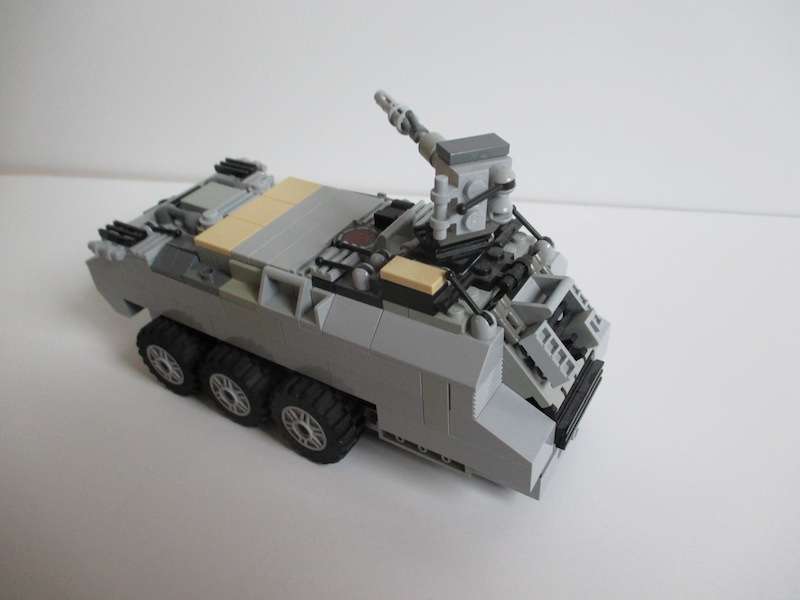 Minifigs riding within the battle runner exit through this armored hatch at the rear of the vehicle. 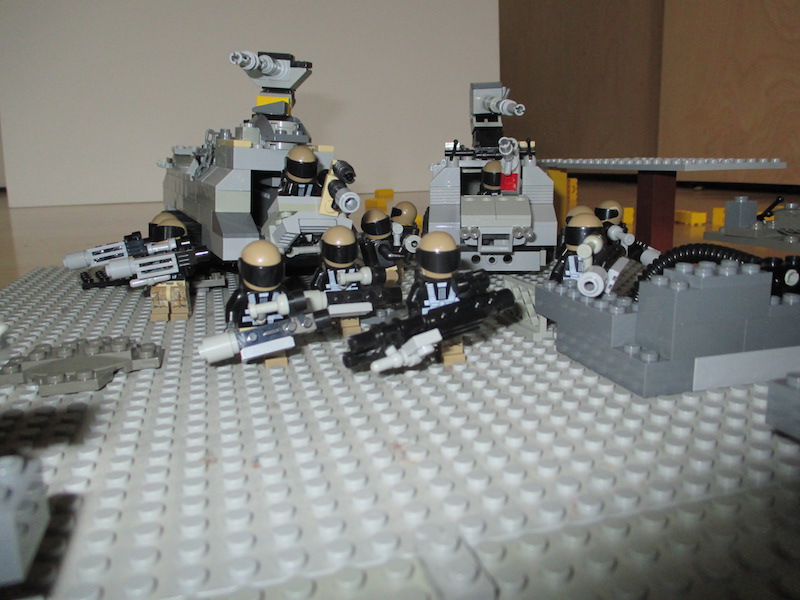 Infantry pour out to secure the area. 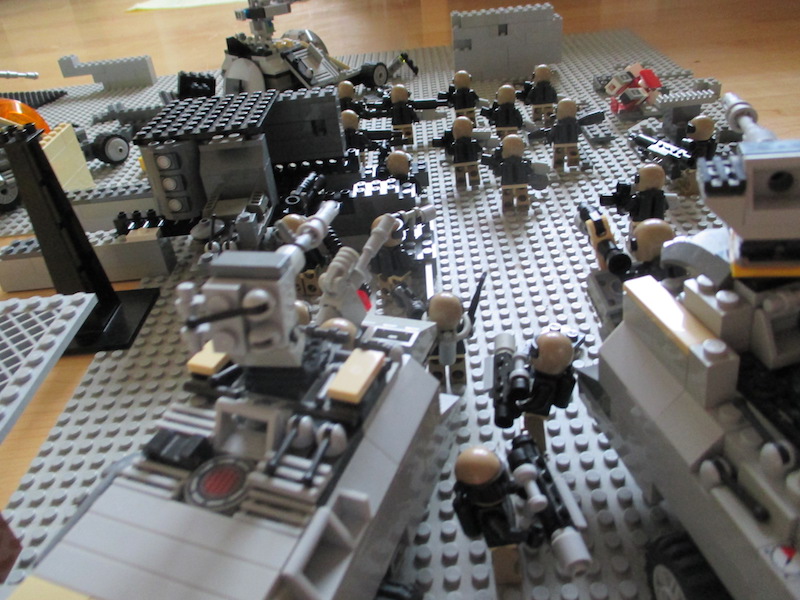 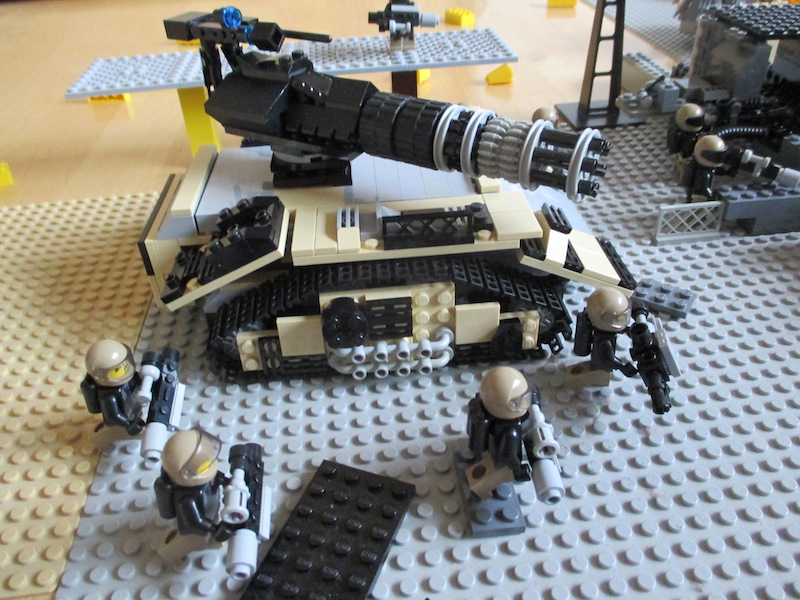 The slower Armored units arrive, bringing up the rear of the Teffran column. 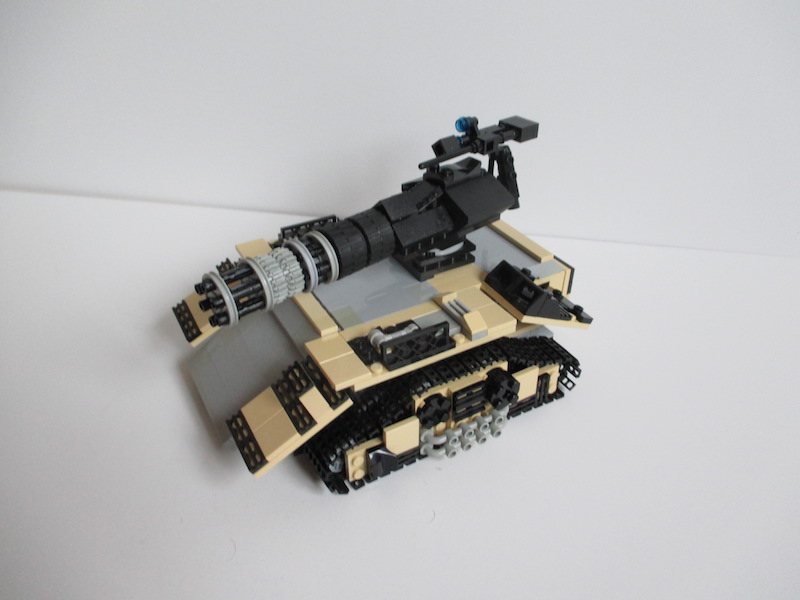 Teffran Armor design is brutally simple: a set of treads, blocky armor, and a massive gun. 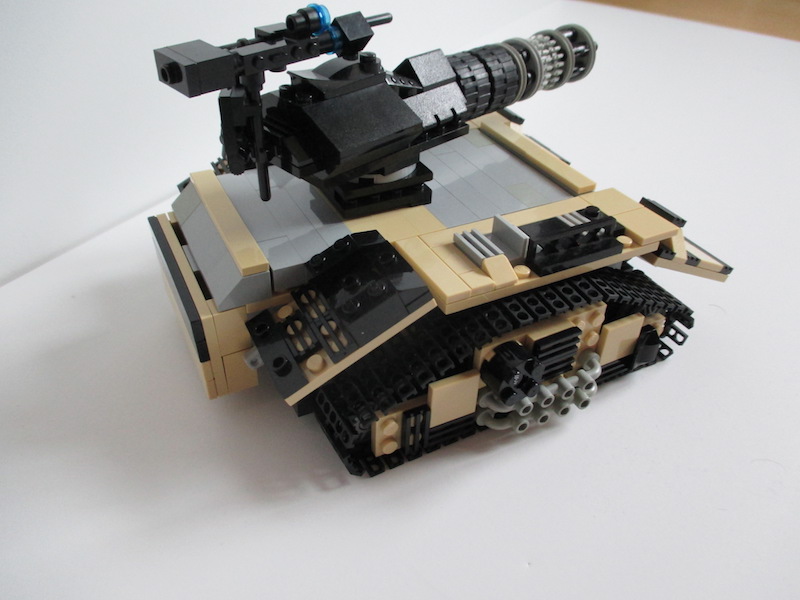 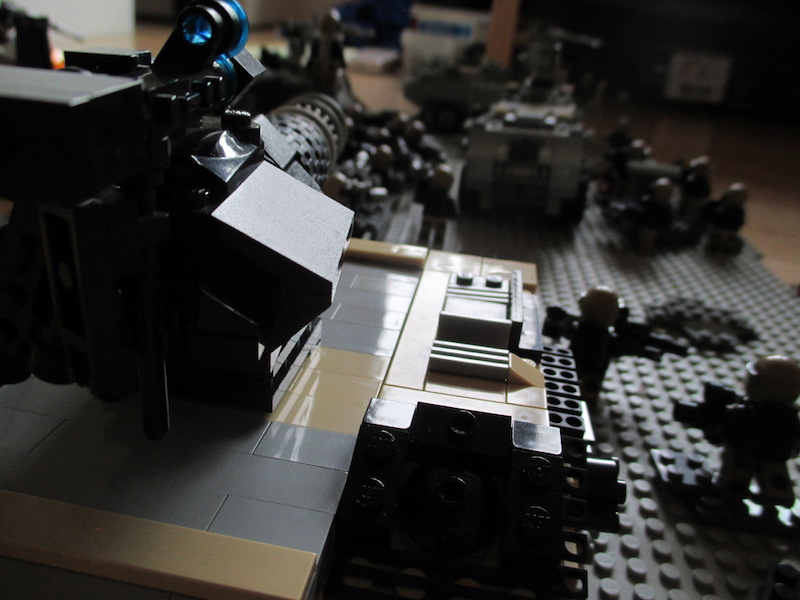 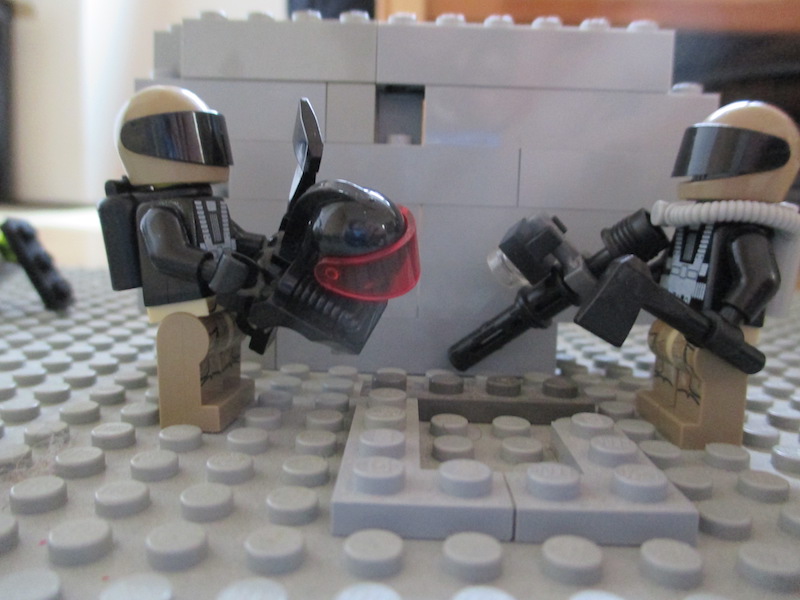 "Captain! We found this in the wreckage..."

"That's House Klastos infantry combat armor! Those bastards... Get cencom up – We might be needing some backup..." 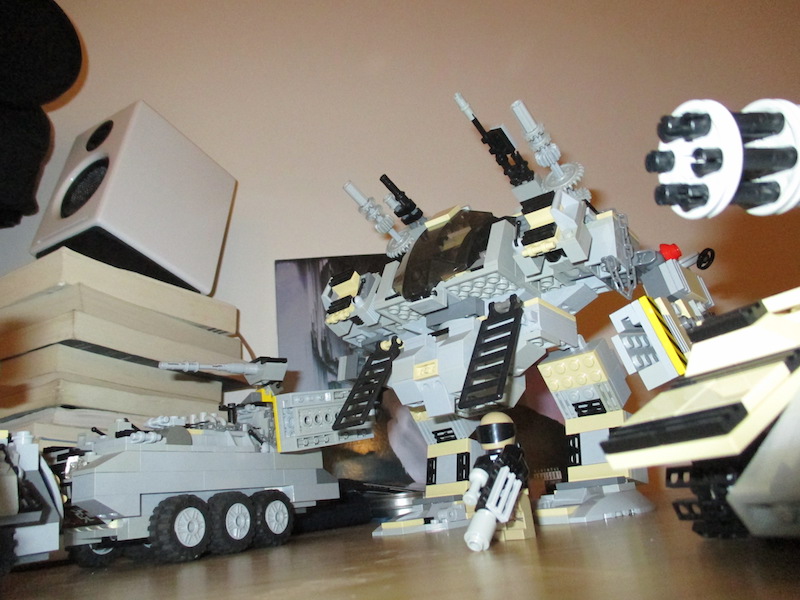 Teffran TAU-X strike armor ranks among the most fearsome sights in the Eastern Shield systems. 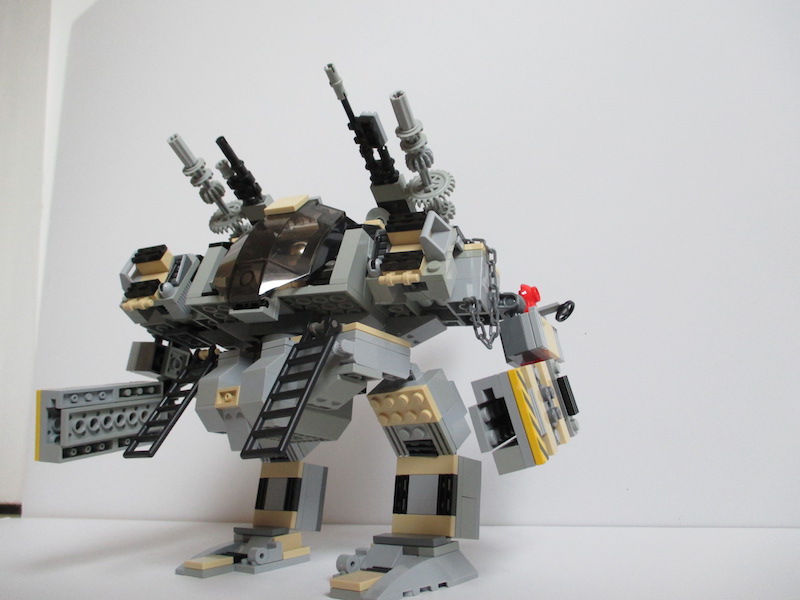 The walker is armed with two mag-cannons designed for close range combat. At longer ranges, the TAU-X can deploy the artillary array mounted on it's back. 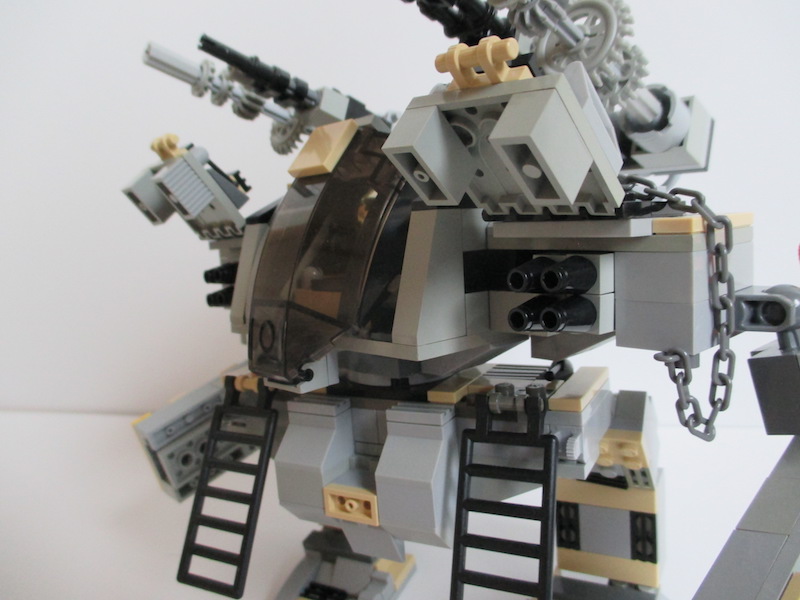 These flaps raise up in order to launch these missiles, which are used against ground targets and aircraft. 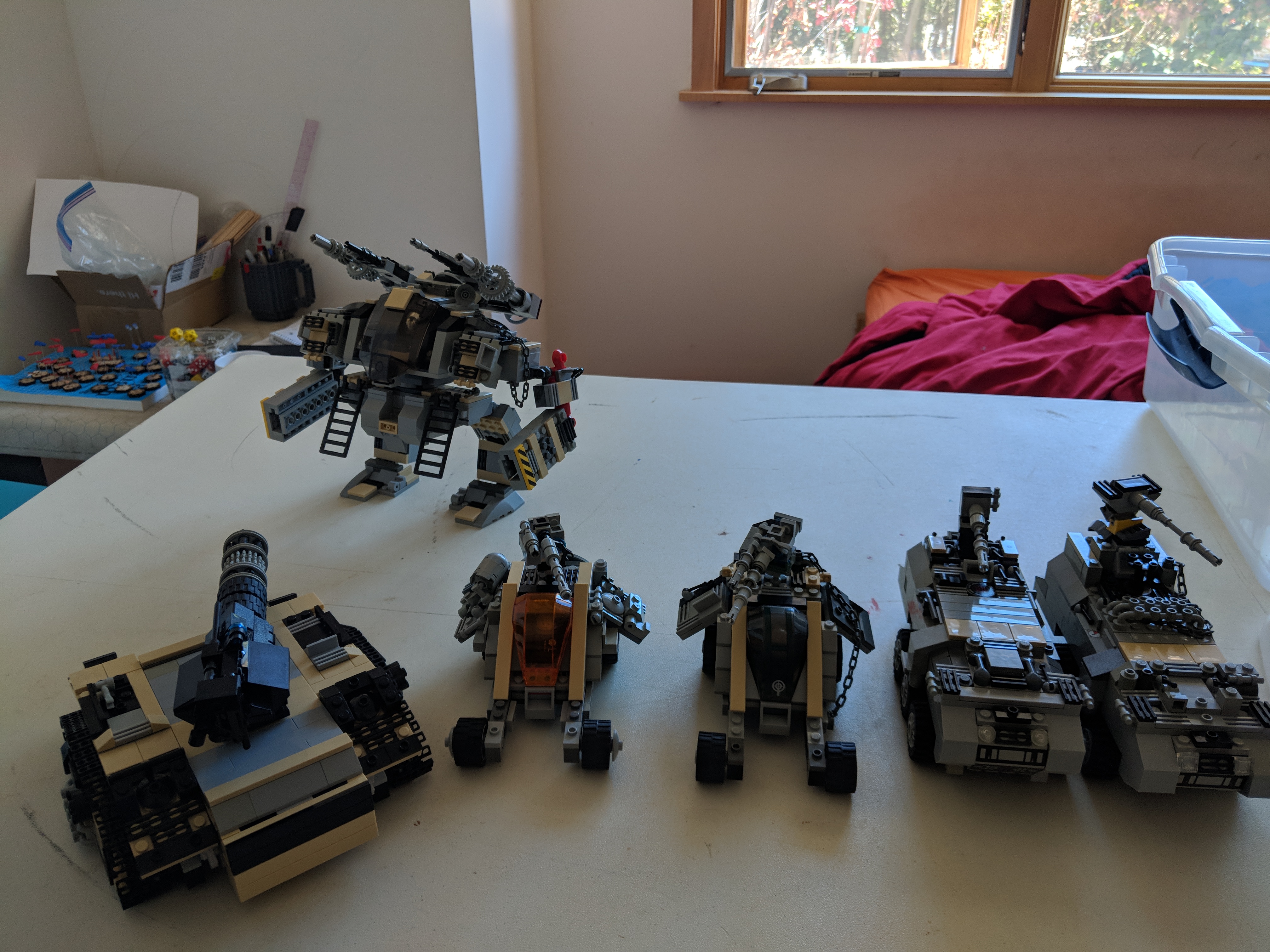 An Overwatch of the Teffran vehicles. 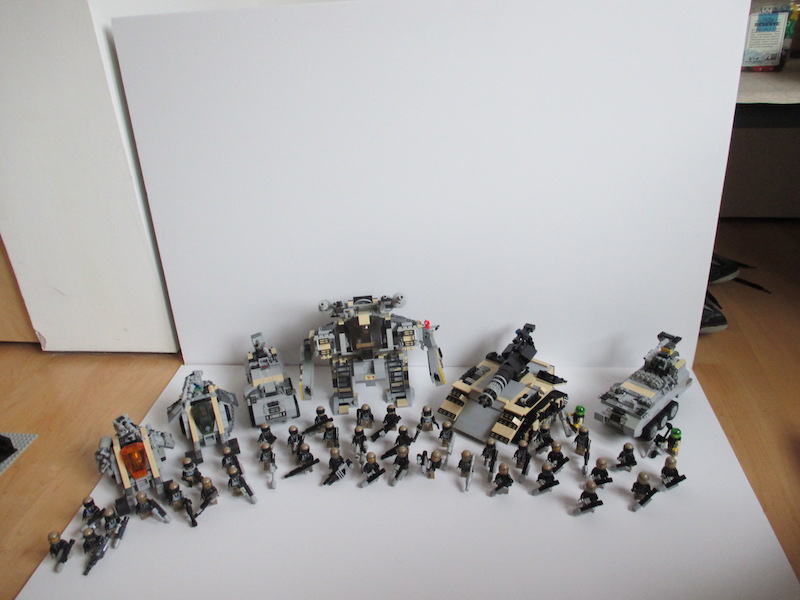 What a great post-apoc faction. I like your use of hinged panels to represent armor and set up odd angles. The weapons on both the infantry and vehicles look great, too.
[21:30:33] Scritch: you can put it in theblackdog

I love the style of this army, it really reminds of the glory days of BrikWars!
Times banned by Natalya: 8 (+ 1 alt).