The Scarecrow Corps are a growing army consisting of fallen minifig souls that have been offered a second chance by powerful necromancers. Those who accept the gift are given new bodies and a chance to leave their old lives behind. Despite the grim-sounding nature of this. The SCC is a benevolent force that scours the ruins of past battles, wars, and genocides in search of slaughtered figs who did not deserve their fate, and given the chance to exact revenge on their oppressors. Figs who have committed the most heinous crimes will not be offered redemption. If a scarecrow falls in combat, the soul can be given another body as many times as it needs until it is finally ready to rest. New bodies are easy to produce en masse due to literally being "Scarecrows" Gene-Spliced pumpkin patches grow specially enhanced pumpkins roughly as hard as a minifig skull. Bodies are simply enchanted clothes stuffed with hay. Therefore the host soul does not feel physical pain in it's new body, and are incredibly resilient.

The SCC does not discriminate in who it recruits (sans negaverse beings) and does not require figs to be fallen to be an ally to it's ranks. It sees all souls as equal on the inside of their bodies, and therefore is willing to ally with most types of fig, from peaches to orks. Microfigs are frequently found fighting with the primary forces of Scarecrow infantry using ramshackle miniature mechs and vehicles. Their small stature and numbers make them perfect for operating large amounts of heavy weaponry.

Ground forces of the SCC 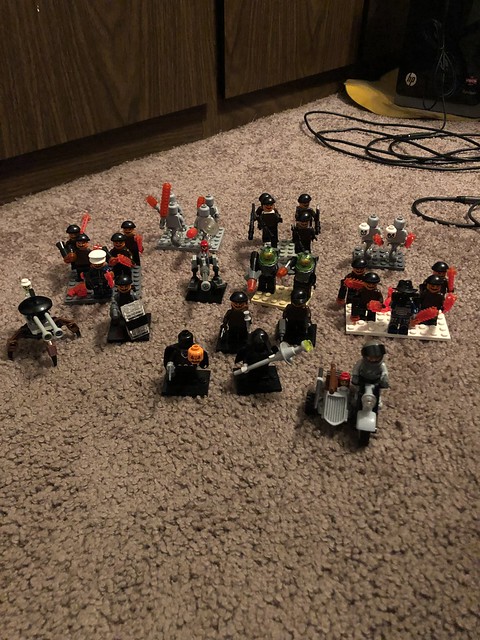 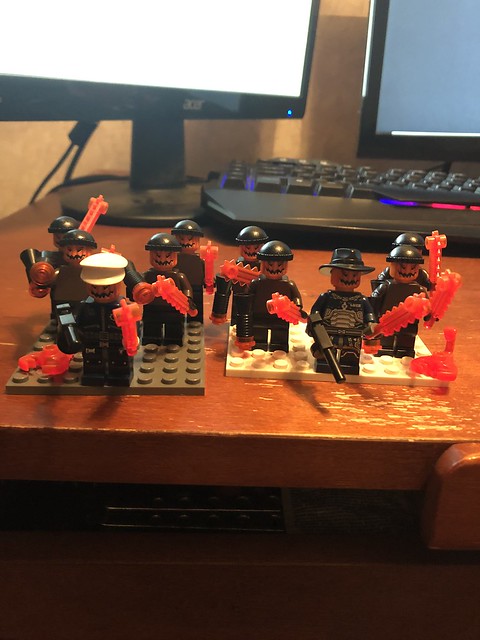 Standard Scarecrow infantry units with OTCs and blasters led by an officer and tracking scorpion. 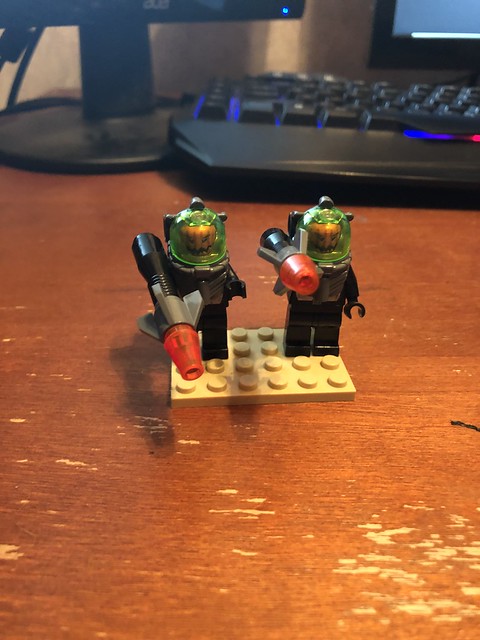 Scarecrow Anti-giants with missile launchers built to take down some of the toughest beasts and vehicles in the BrikVerse. 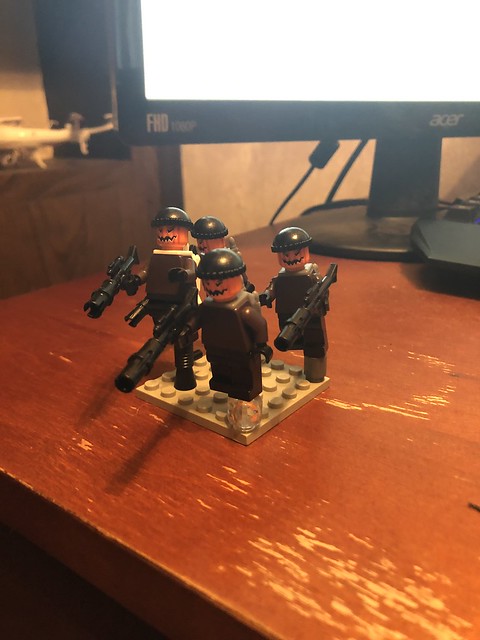 "Murder" of Blitzcrows with jump packs, large groups of Blitzcrows may storm the front lines and wreck as much havoc as possible to weaken the line for the main forces. Smaller groups may simple be used for hit-and-run attacks on smaller enemy patrols. 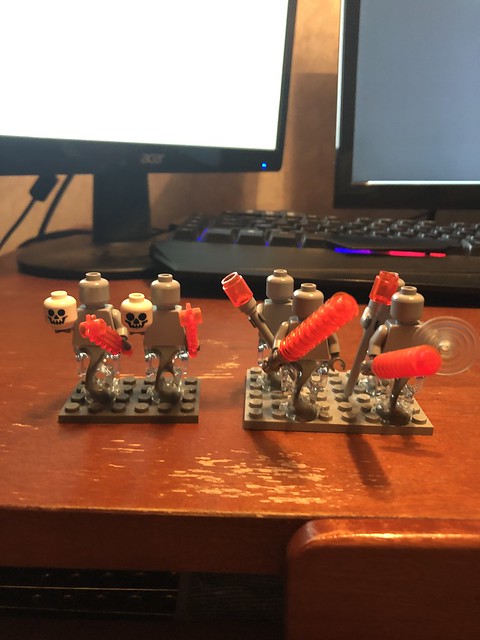 The strongest of souls may not even require a new body. Their souls can simply be pulled directly into a physical form. These are known as revenants. Some of them may be strong enough to learn the ways of necromancy (left). While the rest act as some of the strongest warriors and spellcasters of the SCC. 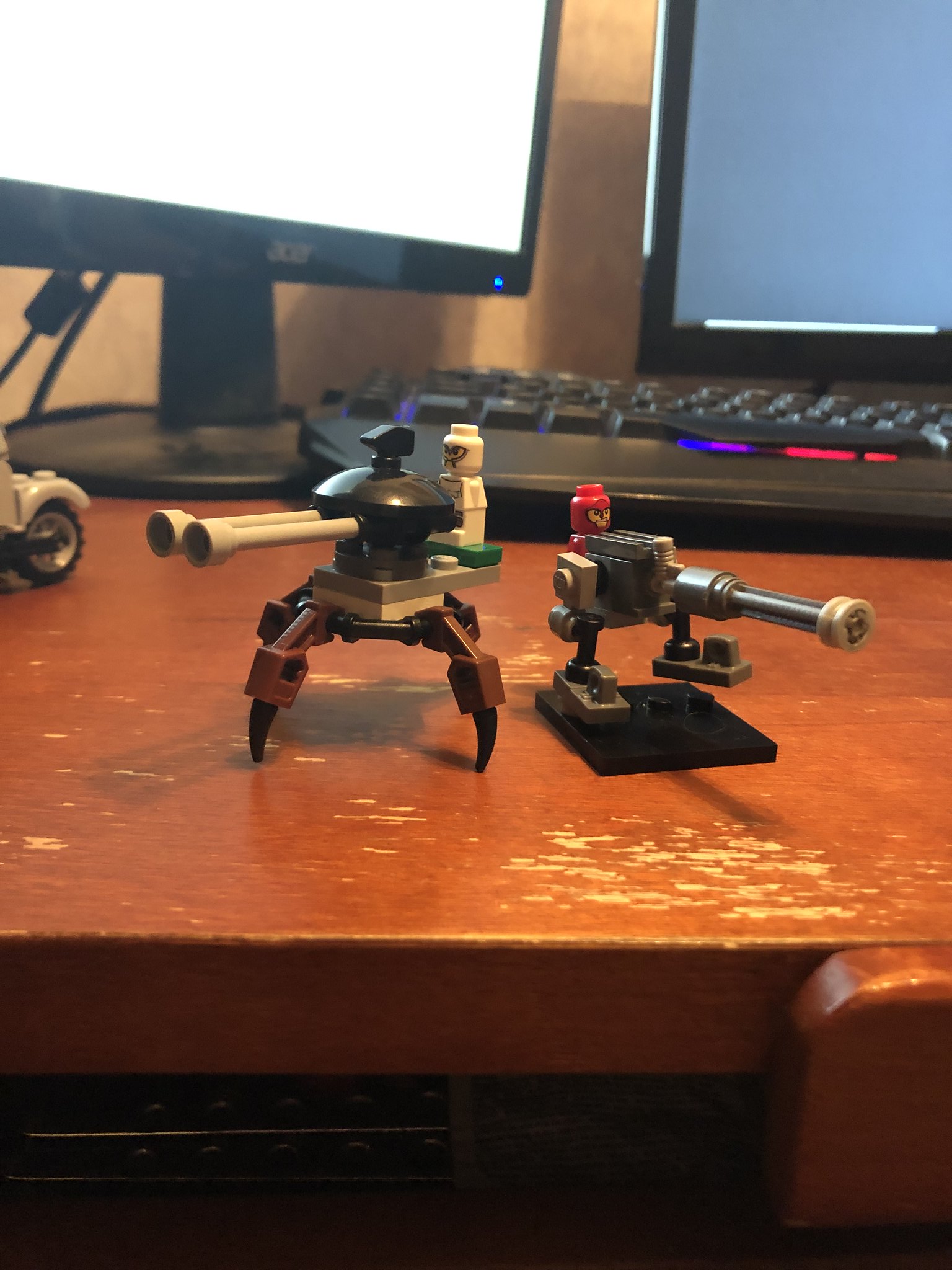 Microfigs are extremely eager to fight as hard as they can in combat simply because falling in combat and being resurrected means they can finally receive a normal-sized body from a necromancer upon resurrection. In their small form they are given micro-vehicles and walkers to help fight effectively among the main ranks. 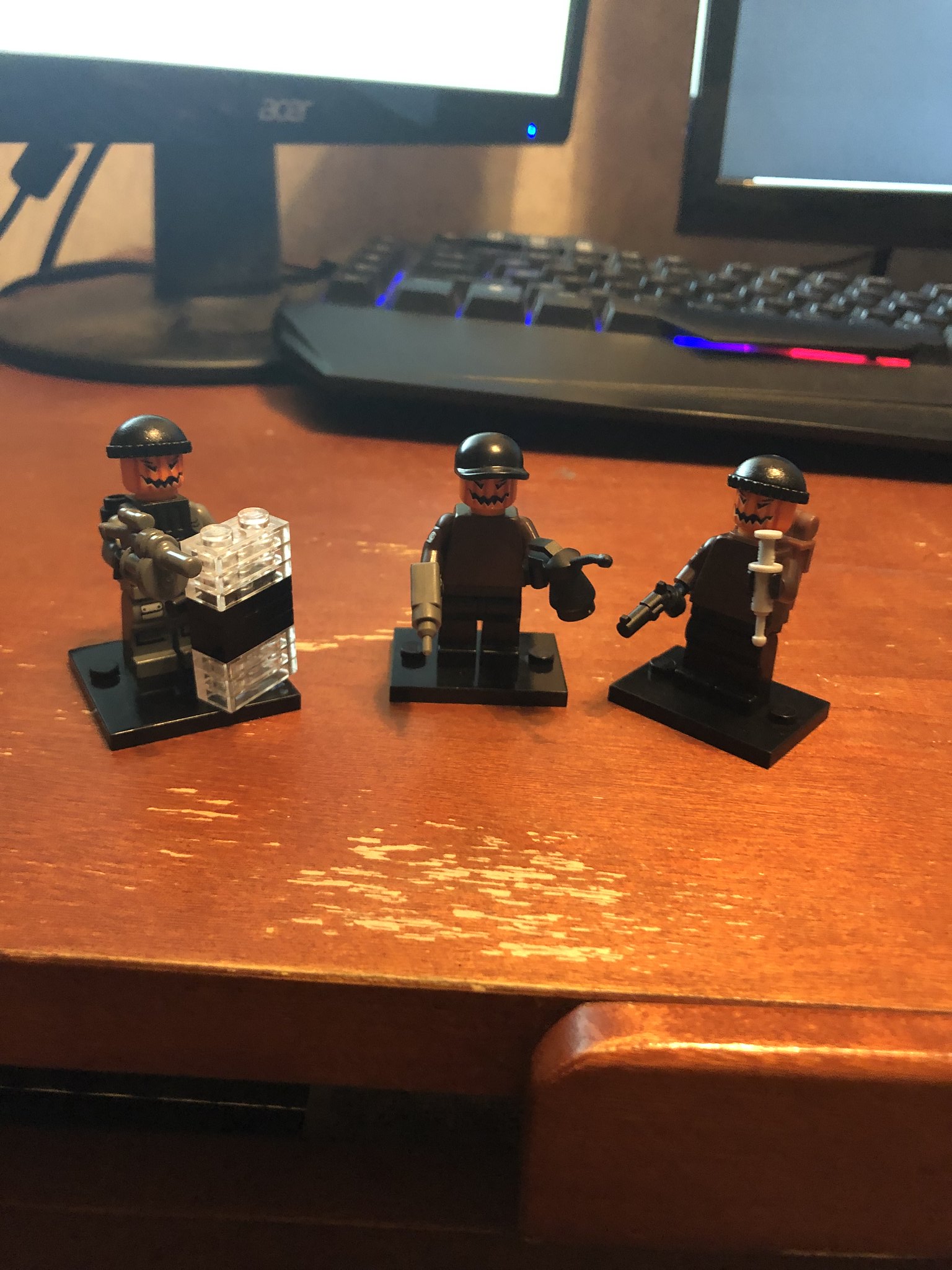 Elite units from left to right: Anti-Infantry Heavy, Field mechanic, and a Stitcher, a form of medic used to patch the damaged bodies of scarecrow infantry. 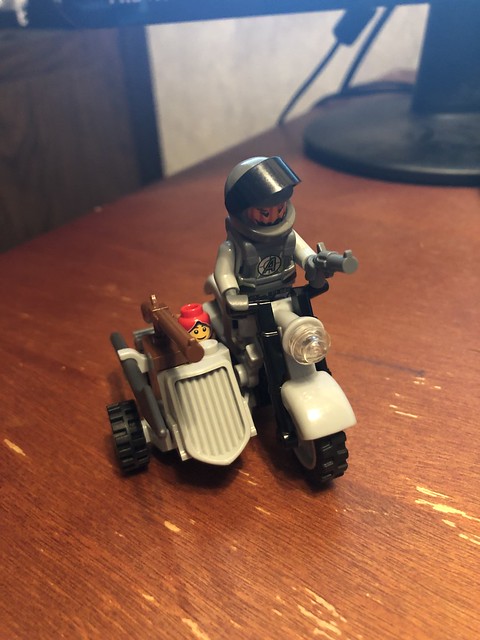 Commander Savant with his sidekick "Juicebox" 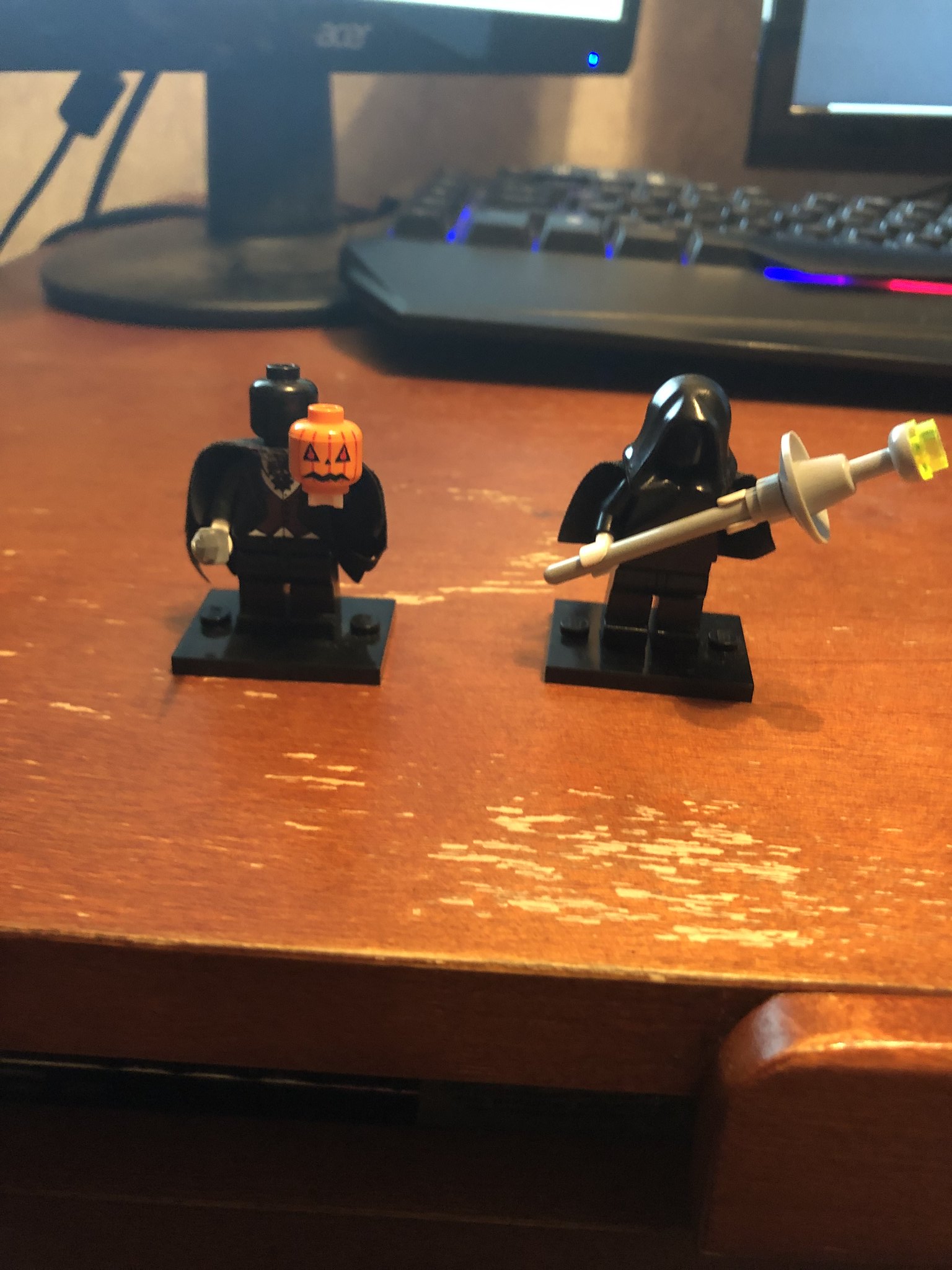 While it isn't entirely known who started the SCC cause, The Redeemer (Right) is the main necromancer to lead the charge. His end goal isn't known, and may not even exist. He simply wishes to bring justice and redemption to wronged Minifigs across the Brikverse. His only true enemy is the NegaVerse, the only souls that can never be redeemed in his eyes, and must be exterminated. To his left is his first ever creation: The Herald of Redemption.

Thanks for looking at my first army guys! More elite units, tanks and other vehicles should be coming soon!
Last edited by PugWalrus on Thu Sep 12, 2019 4:03 pm, edited 3 times in total.
Proud father of the Microfig Insurgency

You gotta fix your links
I make apocalypses and apocalypse accessories.

These guys are pretty great! Love the use of the microfigs.
I make apocalypses and apocalypse accessories.

This is a great first faction, lots of creative ideas here! They kind of remind me of Ken’s Pumpkinsmen. Also, Juicebox has me dying here

I love how creative this is, it fits perfectly into the Brikverse kanon.
Times banned by Natalya: 8 (+ 1 alt).

Its good to see the pumpkinsmen expanding their careers some.

Jokes aside, I love the creativity behind these guys, fluff included.

Armoury: The Realm of Frostborne , The United Empires of Esduin / The Story So Far: Frostborne Kronicles
Top
Post Reply
7 posts • Page 1 of 1