What do you do when you realize the end of the universe is near? 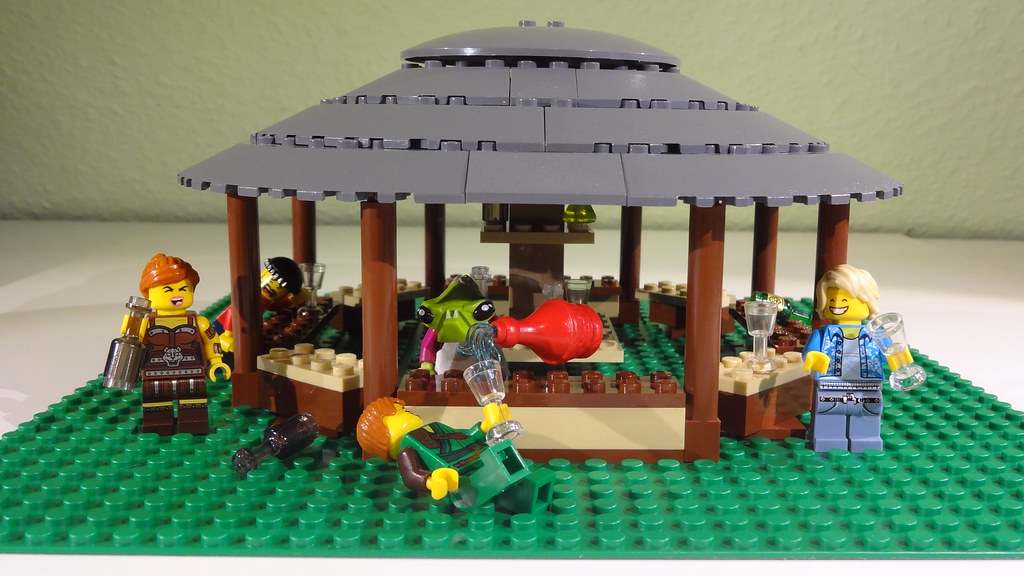 Or in other words - What if everyone else thinks the end of the universe is near, but you don`t care because you`re an innkeeper in the middle of nowhere and don`t believe in that ragnablok stories? What do you do? Right. Keep your shabby tavern running and help those poor beings getting smashed on their putative final days. 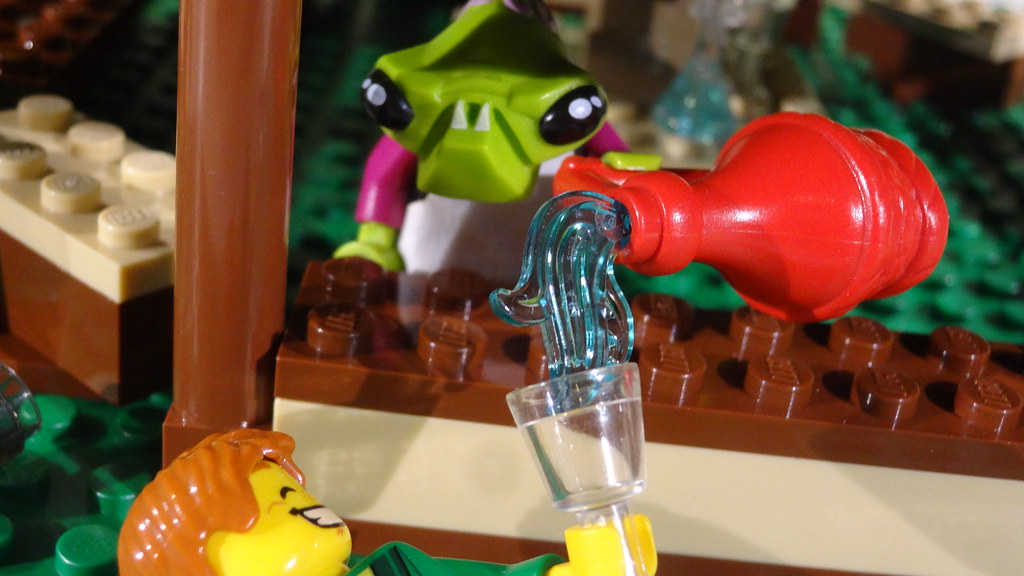 That`s exactly what Ale Draper is doing. He printed some leaflets with "End-of-the-world-special!" and "Ragnablok-Happy-Hour!" and got them distributed in the nearby star systems. 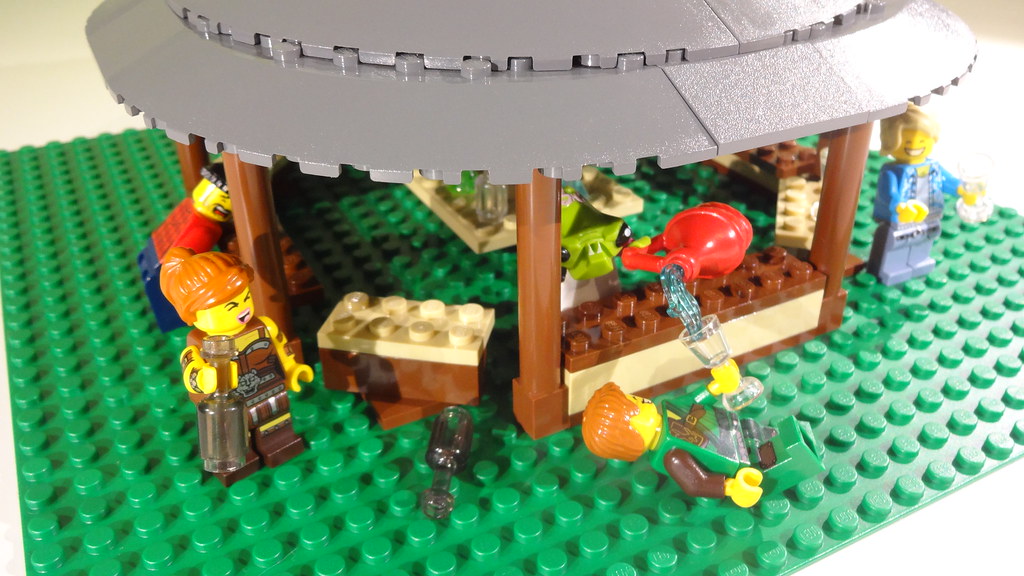 And though business had been tough recently, the apocalyptic stories and the bargain offers draw more and more adventurers to this place, all of them with the intention of getting well oiled until the end of the day. 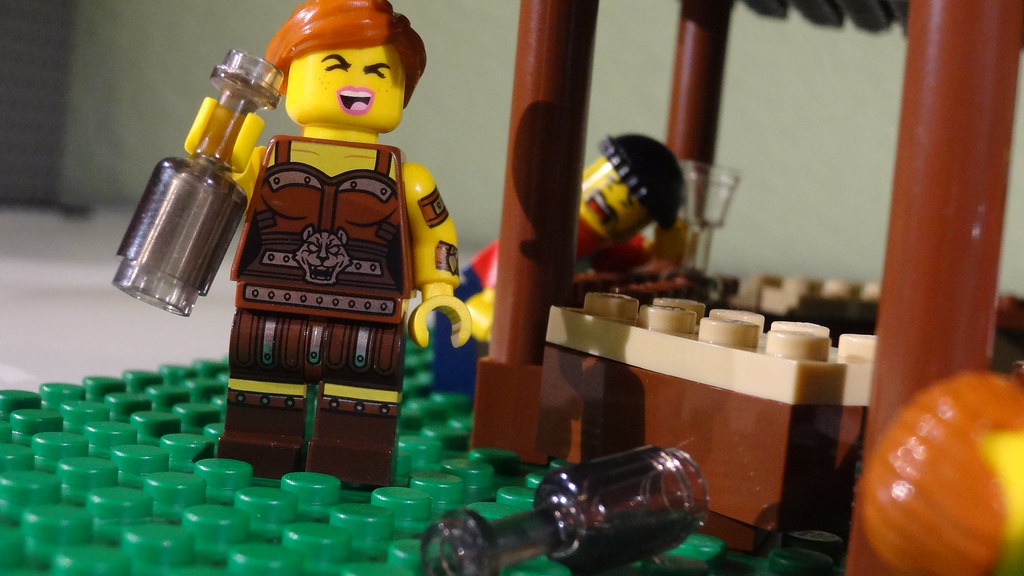 Some of them with a smile, remembering glorious battles of the past, singing songs of destruction and raising their glasses (or bottles) in a toast to fallen companions... 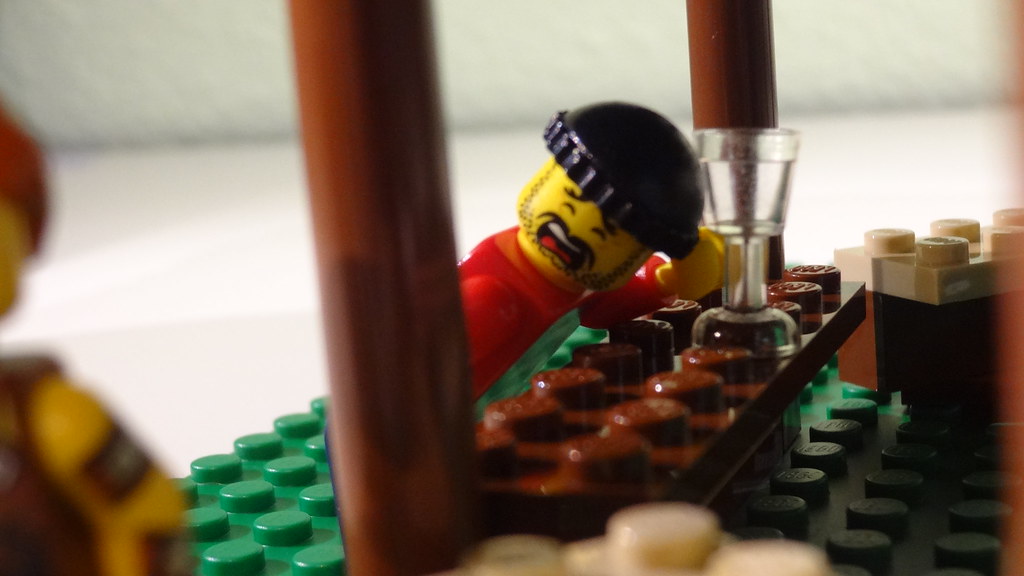 ...others being sorry for themselves, regretting that they have missed out so many combats because of sick leave or other lame excuses. 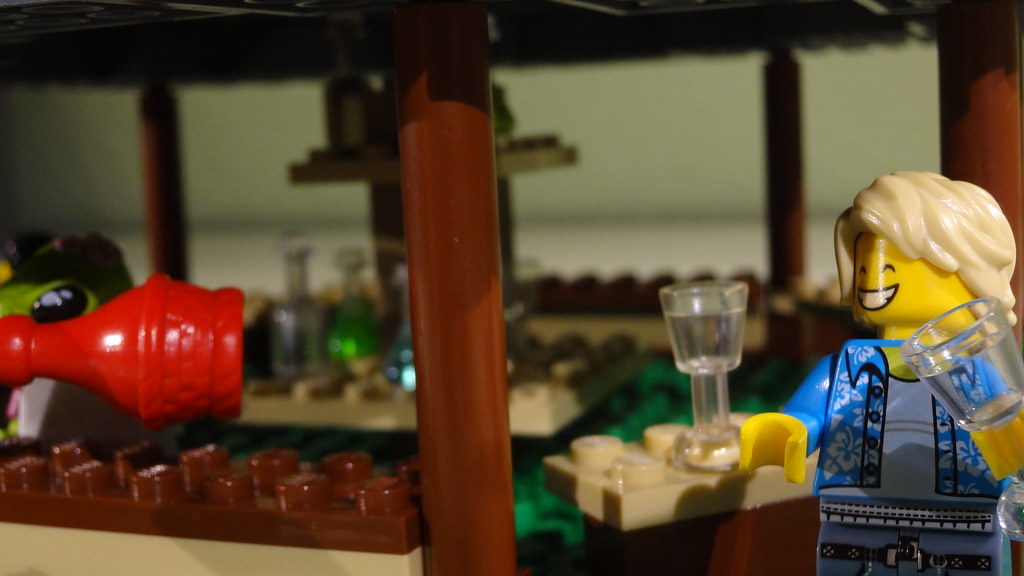 Even others just come to drink and feel good. Who needs reasons for things, anyway? Being a minifig in the Brikverse is a gratuitous but splendid condition. Why worry? 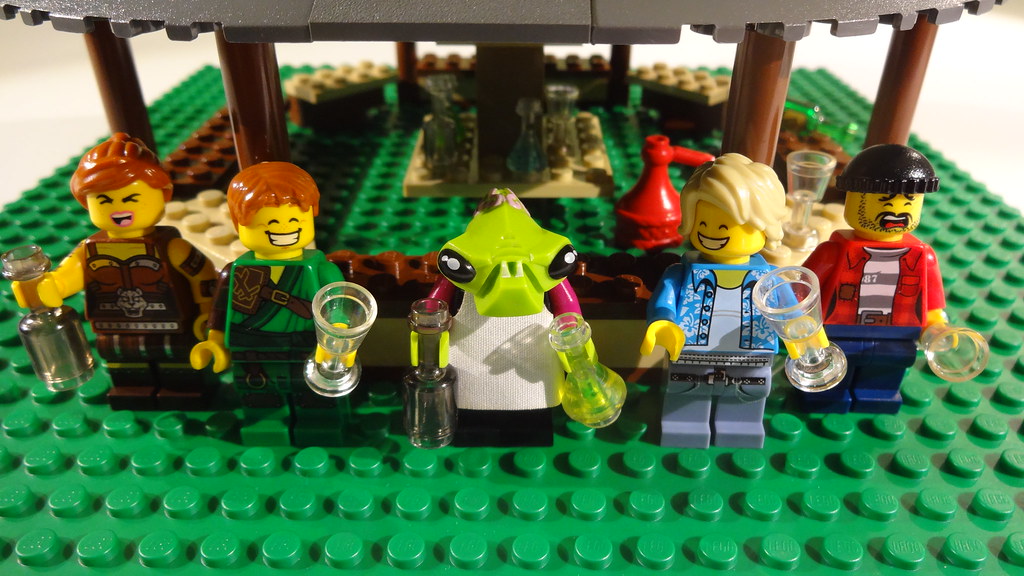 the main thing is - at the end of the day everyone gets what he wants, whether it`s appreciation, money or just a good time (with an impending hangover, of course). That`s the way it goes here in Ale Draper`s "BARgnablok"! (Henndirro Galaxy, sector F 2366, bottom left corner) 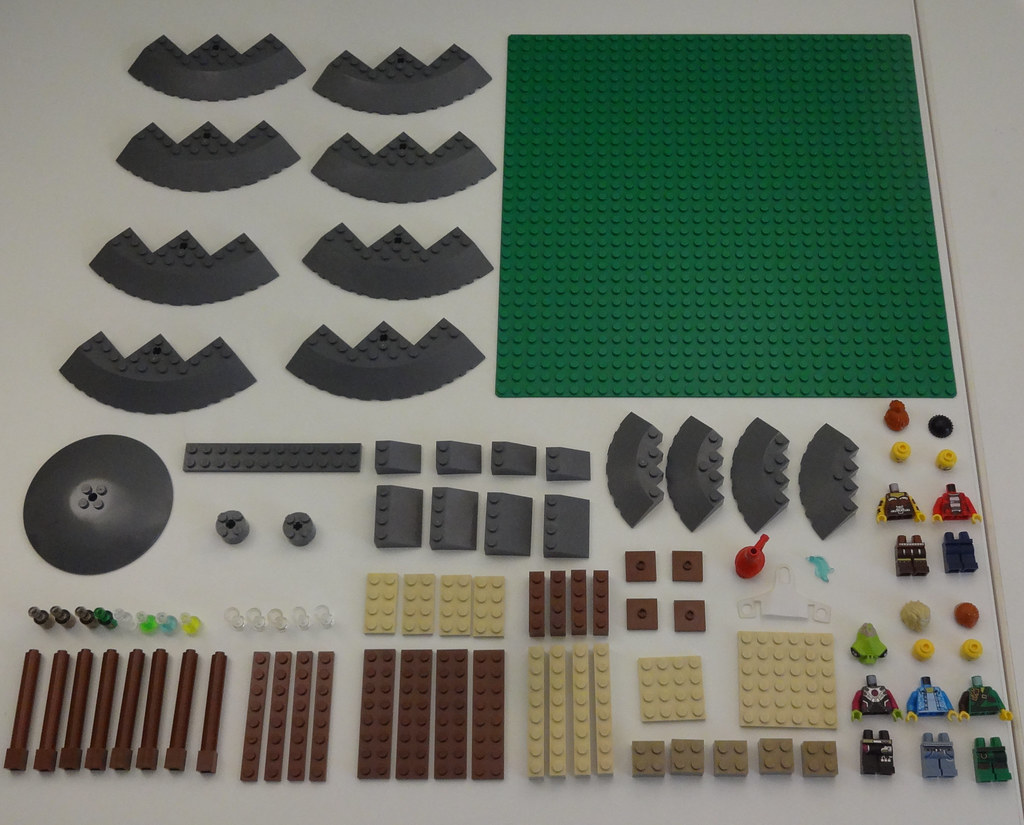 And the parts breakdown. Actually it`s just 99 parts, because I only afterwards realized that Ale`s figure is only 3 parts instead of 4 (no headgear).

Have fun! Oh, and if you get there, I can highly recommend the Ikanian Gin and the Ulrion Prime Ice Tea!

by Kommander Ken
Oh I love this. It looks like the Four Rums needs to come up with some new drink specials to compete with this.

by ninja_bait
Style - 8 Looks just like a star warsy tiki bar
Substance - 9 It's a simple build but stretched to a pretty impressive size.
Photography - 9 Overall good, shows off the story well, just the breakdown is really dark.
Story - 9 I mean, I would call it a Ragnabar, but to each their own.

by AnnoyedZebra
Style - 8 There's a definite look you're going for
Substance - 8 Colour distribution is pretty good, the structure is relatively simple but does its job well
Photography - 8 Decent lighting and neutral background
Story -9 Very imaginative and interesting take on ragnablok
All times are UTC-05:00
Page 1 of 1
Powered by phpBB® Forum Software © phpBB Limited
https://www.phpbb.com/