Almost a thousand years ago, when the Drekeen Empire was only a smalltime cult of dragon-worshipping maniacs, there was another empire that spanned most of the continent of Studonia, along with numerous overseas colonies. This was the Falkeen Empire, and they had existed for over a thousand years at this point. Flying under the symbol of the falcon, they were truly the mightiest empire the world had ever seen.

But everything changed when the goblins attacked. First, they started losing contact with all their overseas colonies. Ships stopped coming back.Then a constant stream of refugees from the southern parts of the Empire saying the same thing: Goblins. Uniminaginably large numbers of Goblins, with a massive warbeast the likes of which none had ever seen or imagined toppling any fortifications it encountered. The entire southern half of the Empire was soon abandonned, in the hopes that the Goblins would either content themselves with the ruins there, or that they could be stopped at the mountains running through the middle of the continent. A massive host of Falkeen forces was assembled, the likes of which the special effects budget has absolutely no chance of ever showing, and they fought valiantly against the horde. But then it arrived. The unstoppable beast, guided by their magical leader Gorgonzole the Super Amazing and Awesome and the Best at Everything. Towering over anything, some sort of reptilian insect covered in spikes and claws, no weapon or spell could penetrate it’s carapace. At least, that’s the description that the handful of panicked soldiers were able to give in the final reports of the Falkeen Empire that have been found. Following the crushing defeat, the Goblin horde was able to spill over what was left of the Falkeen Empire. Interestingly, they did not exterminate the humans, but instead cut swaths of destruction wiping out anything that would have made it easy to rebuild a large scale kingdom. Where the Drekeen Cult was active was mostly spared even, giving them a jumpstart on being one of the few regional powers left. It’s unknown what happened the Goblin Horde and their supposed unstoppable beast, some say it was slain in a gallant last stand by the remaining heros of the Falkeen when the empire was fully annihilated. All that is known is that in the northern wastes of Studonia there is a massive stone statue of a warrior wielding two shields with extremely powerful magical residue detected within the rock.

But the destruction of the Falkeen was not total. While Studonia was plunged into a Dark Age with millions dead, one small settlement survived deep within the forests of a recently discovered continent. Realising they had been cut off from the Empire, originally they planned to hold out waiting for contact to be re-established. When that hadn’t happened in longer than expected, they began to fear something had happened, but they maintained faith in their Empire. There was no force that could do significant damage to the Falkeen Empire after all. Generations went by with nothing, and the return of the Falkeen Empire became their defining myth. The might and wisdom of the Empire would come back to them, all the while they were preparing the settlement as something they hoped would be worthy. Being so far inland, none of the explorers encountered this remnant of the past, and it grew undisturbed for centuries. The Falkeen Empire became more of a legend over the centuries, slowly turning into worshiping a Golden Falcon idol. Eventually, the Drekeen set up a colony on this continent, calling it “New Dreko”. After a great feast to celebrate some milestone where they made sure to incorporate some strange berries they found, the entire colony saw visions of a golden falcon, beckoning them further into the woods. In their totally rational state, they all decided to follow this definitely real Falcon. When they all woke up the next day, nobody knew the way back to the now abandoned settlement since the forest itself seemed to have closed in behind them, so they picked a direction and went that way, occasionally guided by what were assumed to be some sort of flashback from the berries when they would see a golden falcon ahead (and leaving the next ship to arrive at the abandoned colony very confused and it was promptly assumed to be cursed and haunted so they left). The colour of their clothing was changed as they walked into strange plants, and they slowly grew more delirious from all the random spores they were inhaling.

By the time the lost Drekeen Colonists made it to the lost Falkeen Settlement, they had been completely transformed. The Colonists arrived talking about the Empire, which the Settlement took as the long awaited re-establishment of contact with the Falkeen Empire of Legend. Now the Settlement needed to make themselves worthy of presenting themselves to the Empire, and the scouting party would lead them back to the glory of their forefathers. The Drekeen Colonists meanwhile basically absorbed the myths and legends of the Falkeen in their stupor and more or less just went along with things not exactly sure what was going on. They got the falcon crest put back on their equipment, assuming it got rubbed off in the forests. Both keep talking about something “keen Empire” so it must be the same thing. 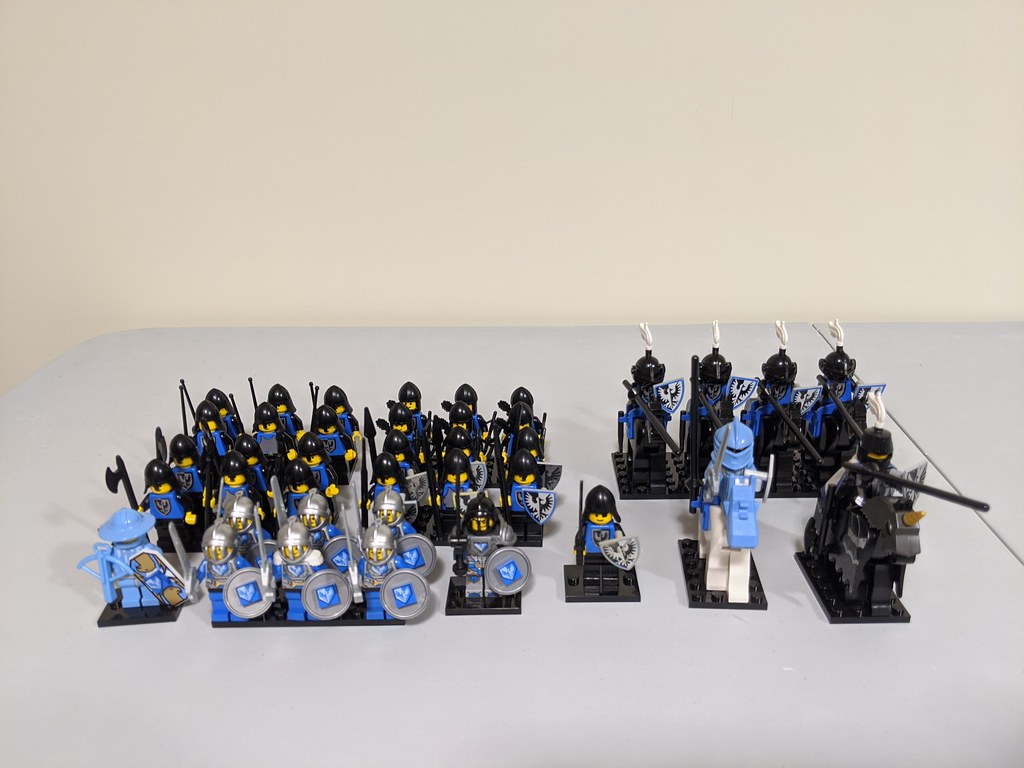 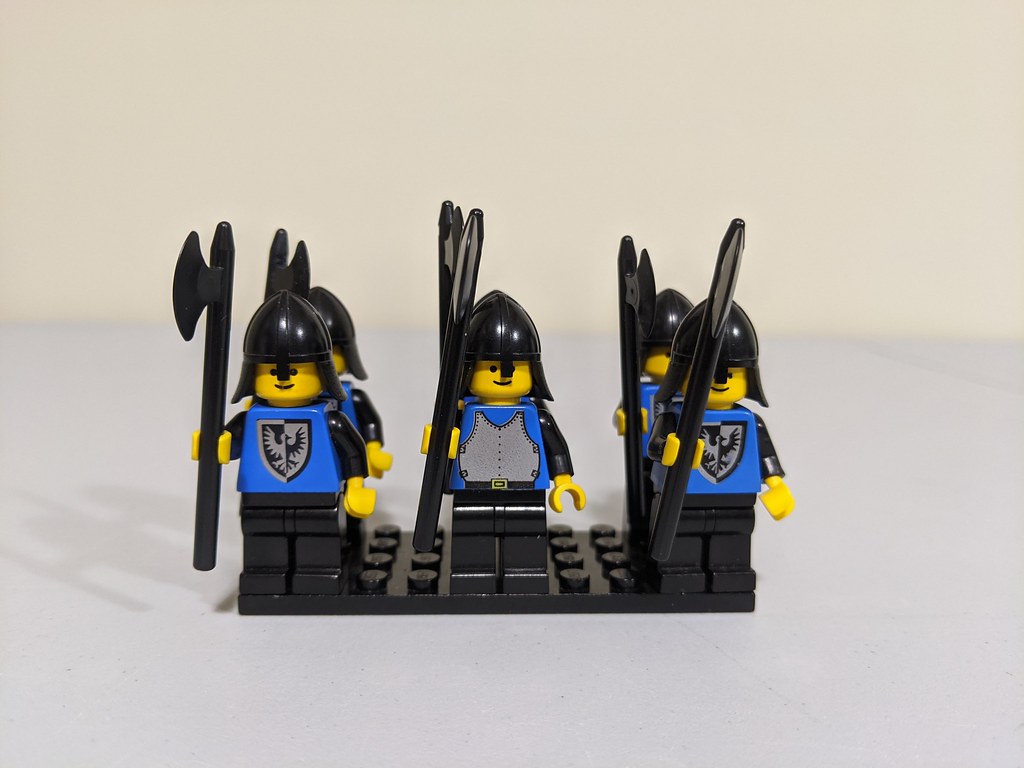 The Falkeen were known for effectively using axes, and the Lost Settlement kept that tradition. They did live in the middle of a forest after all, so anything that chops trees is helpful. 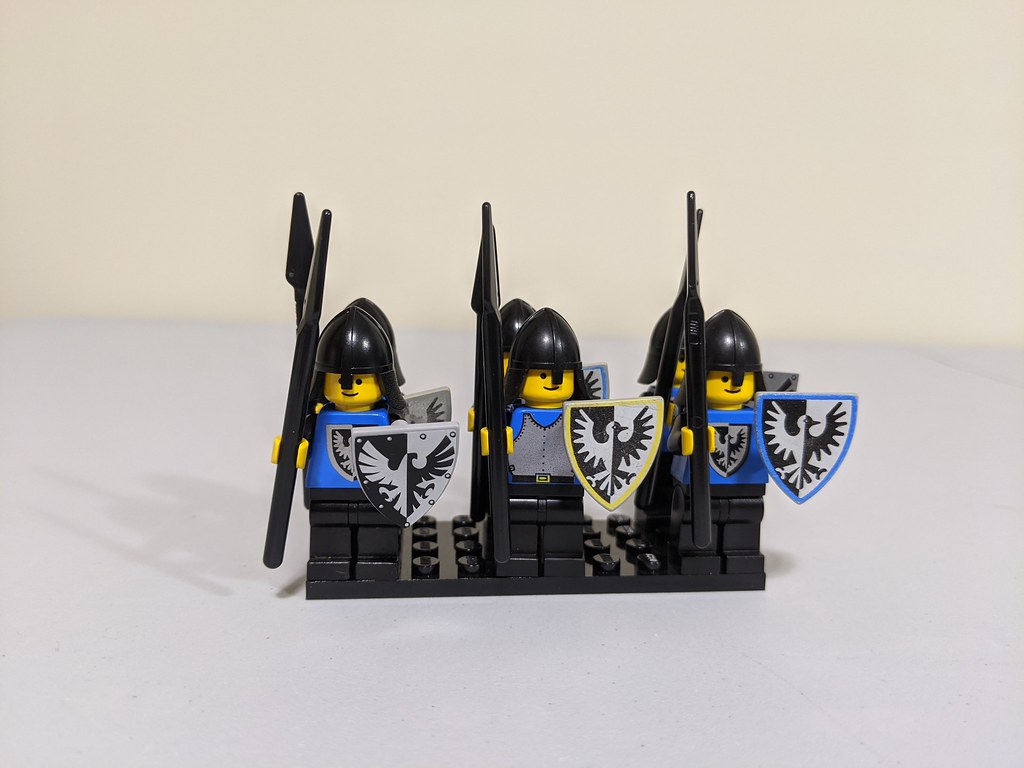 In an astonishing display of the more things change the more they stay the same, one of the most effective fighting units of the Falkeen used spears and shields. This continues even to this day with the remnant. 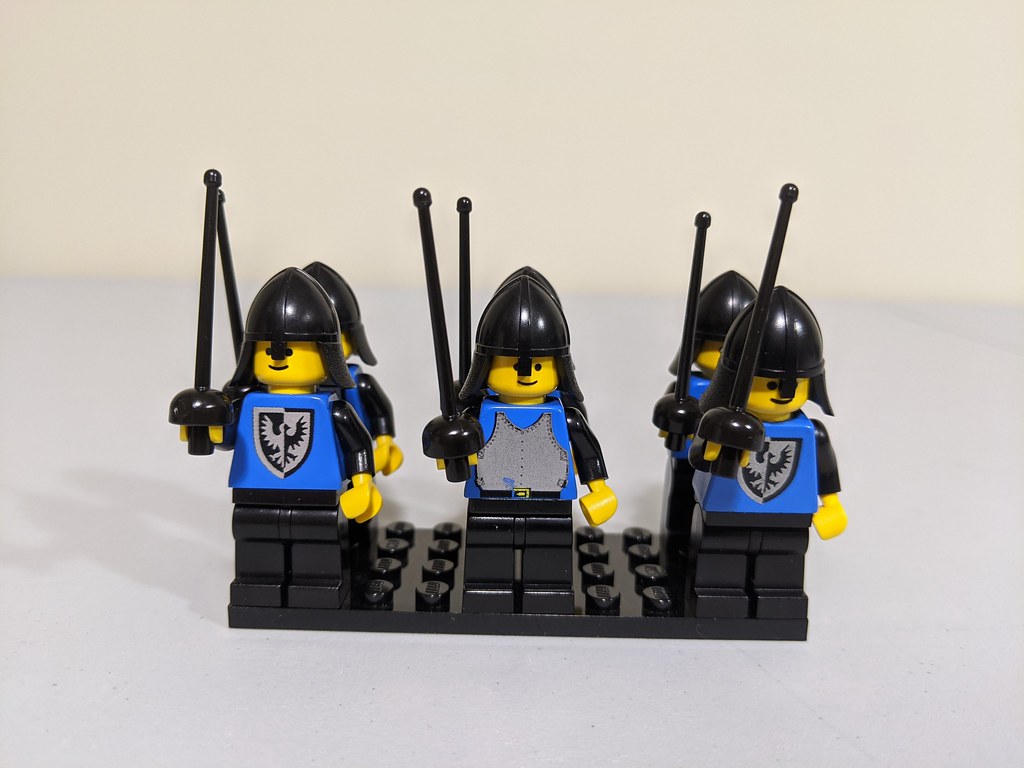 By the time of the fall of the Falkeen, they weren’t fighting wars all that often having crushed all opposition. As such, much of the combat almost became sport with fencing becoming a common hobby to keep skills up. The remnant continued practicing this, giving them a unit with a very different fighting style than the current common slow, heavy armour and big weapons combo, they have quick, nimble and precise with a free hand to bind the opponents weapon. 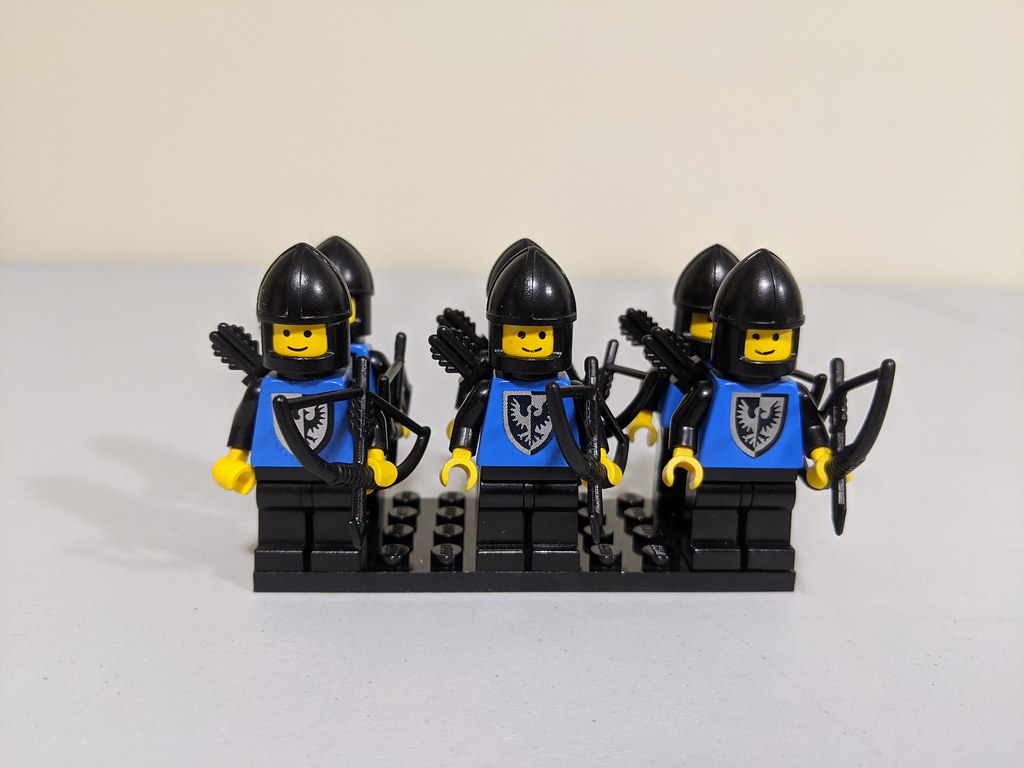 The Falkeen were known for employing archers, and the colonies found them particularly useful for hunting large animals that came for a visit. 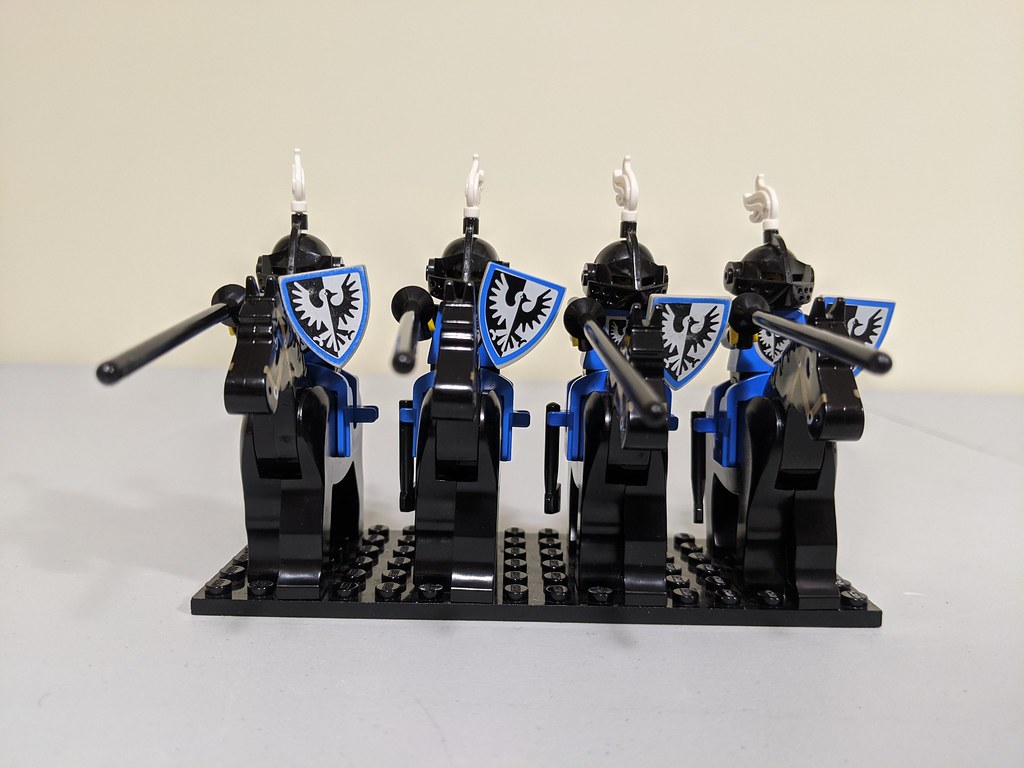 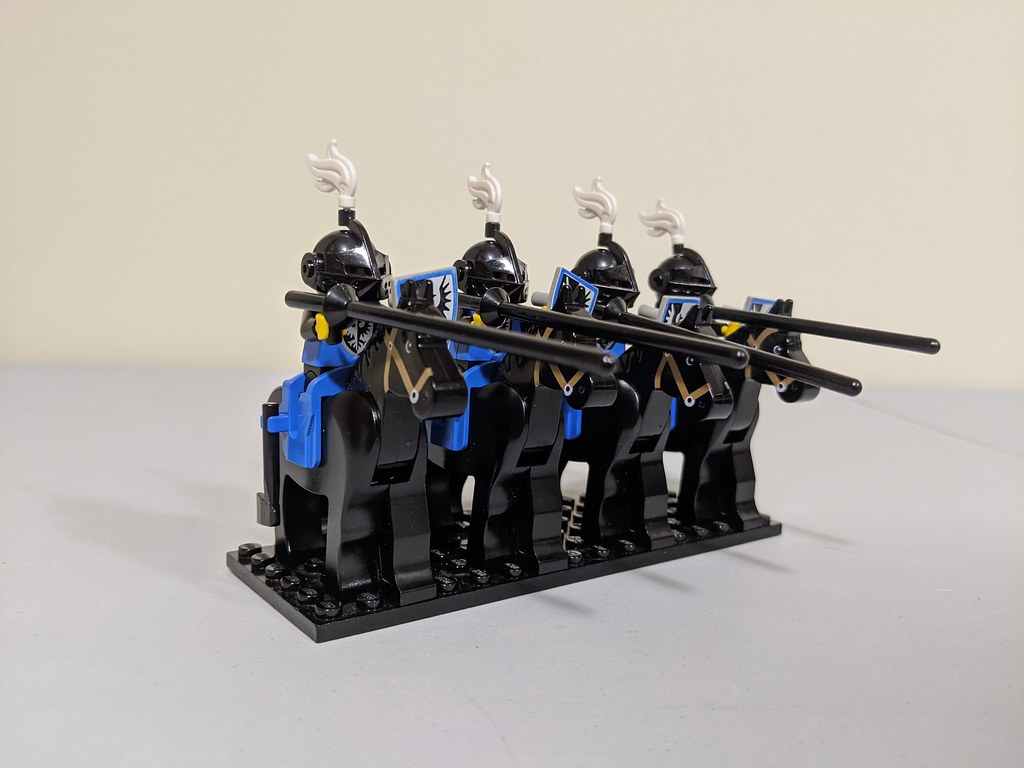 The Falkeen remember that cavalry is important, but they also found heavy cavalry to be impractical in their area due to the amount of forest beyond their outer farms. They maintain some light patrol cavalry in case of dangerous creatures emerging from the woods. 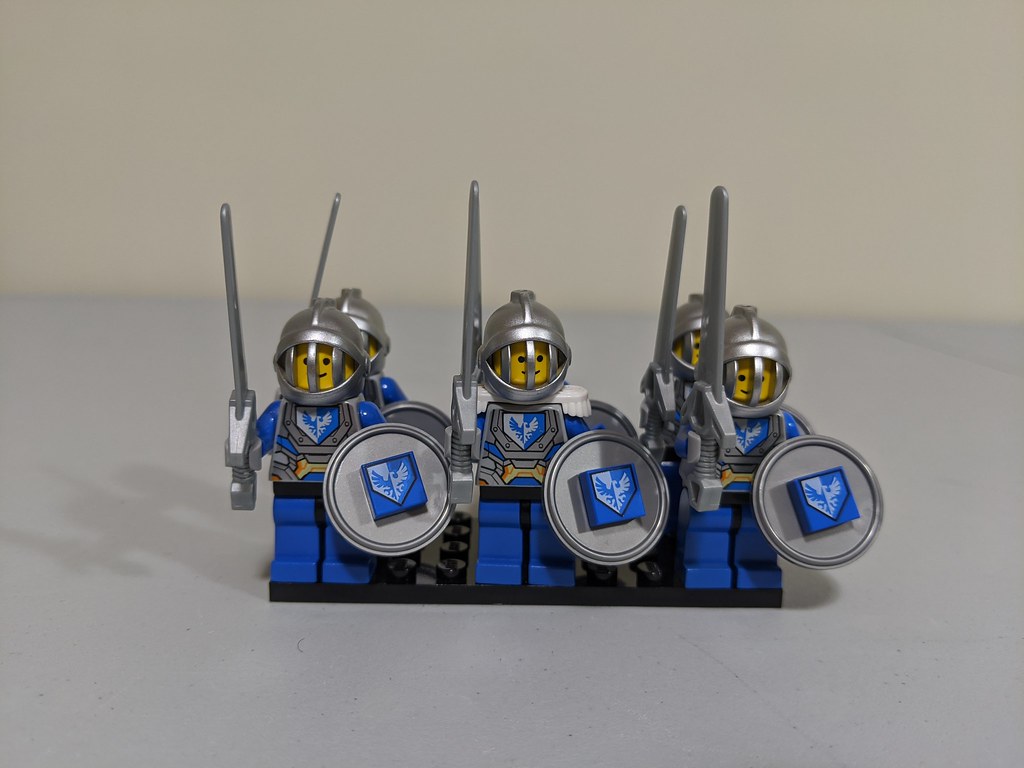 The surviving Drekeen colonists were quite transformed both physically and mentally by their journey. They’re now convinced that the Drekeen and Falkeen are the same empire, and now need to remember how to re-establish the connection. Somehow they decided to start using Lewean style swords. 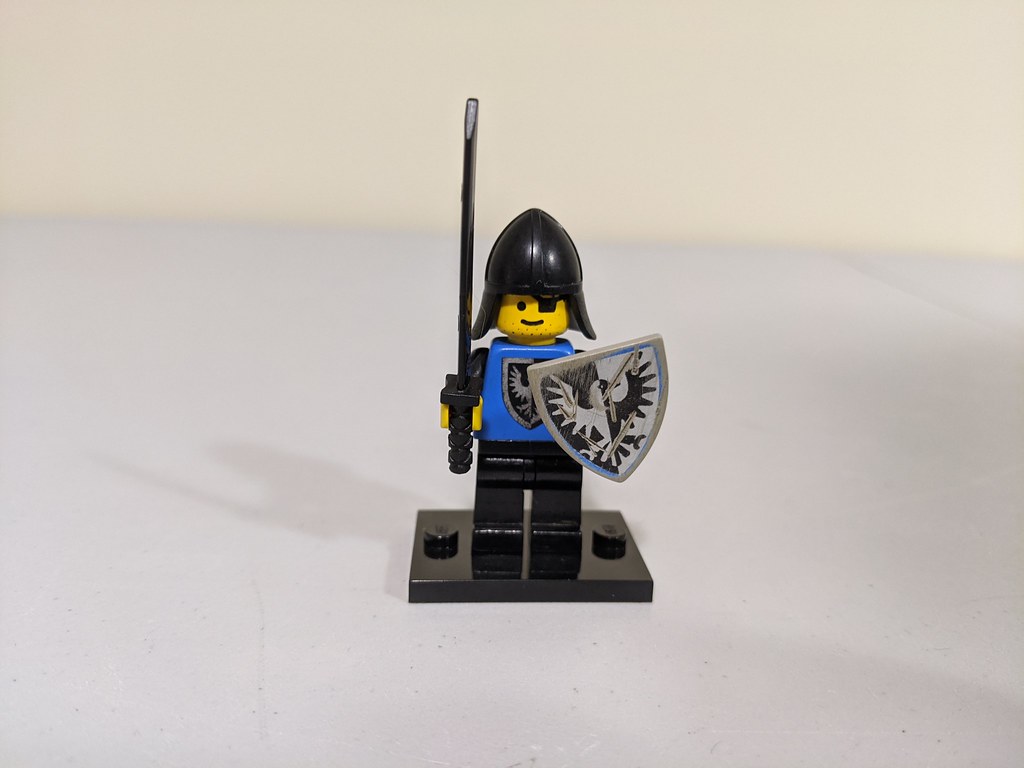 Lord Falkus has been the leader of the Falkeen Remnant for the past six years. He mostly deals with protecting the area from various beasts, such as bears, earning him the nickname “Bear-Fencer”. He has very much so become the embodiment of hope for a brighter future for his people. 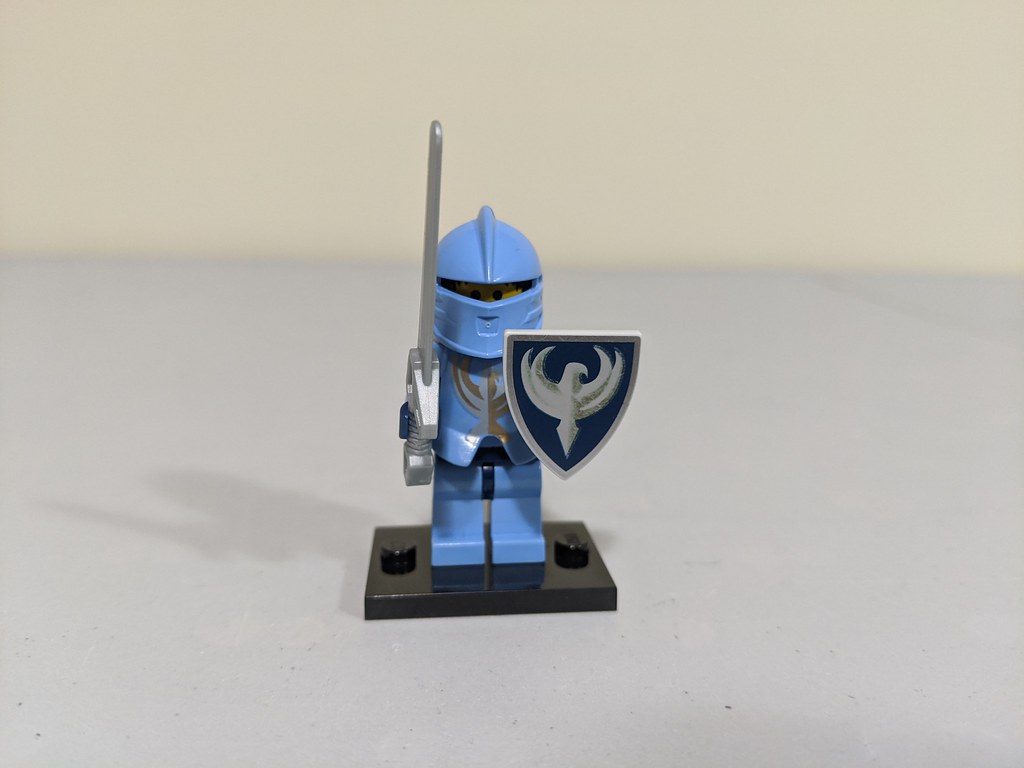 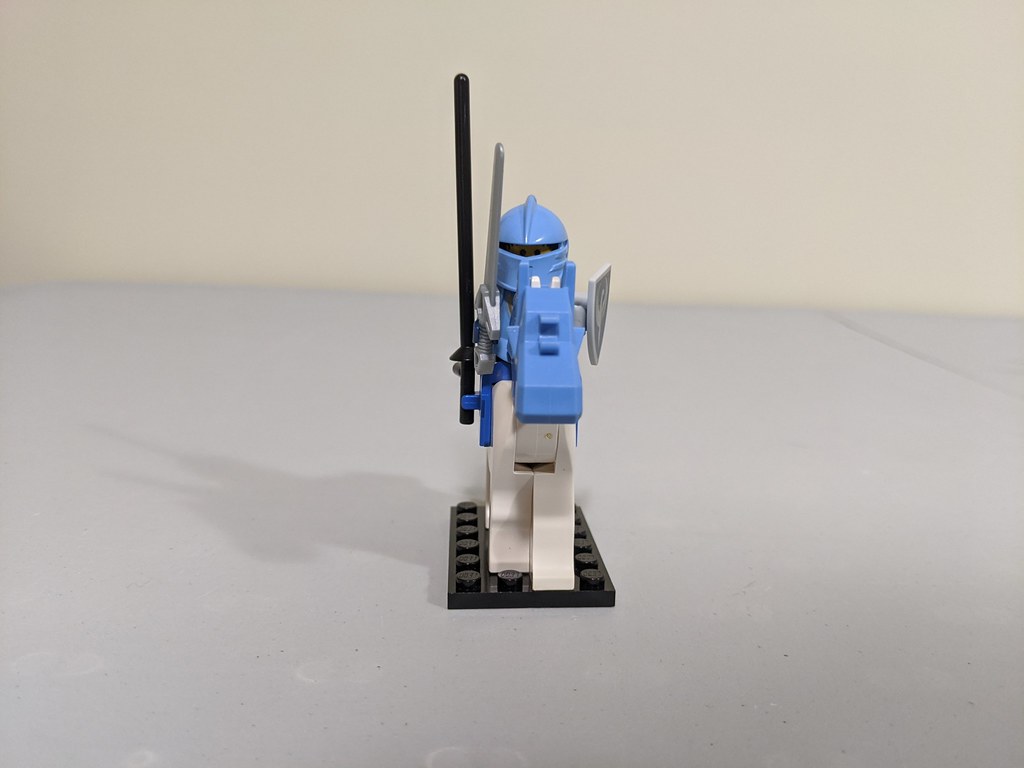 Prior to inhaling all sorts of weird spores, Sir Jayko was actually pretty normal, along with his twin Sir Kojay. Since then, he won’t stop talking about catapults and all the ways they can be used in every day life. Currently, he’s working on either mounting a catapult to his horse or turning a catapult into a horse. 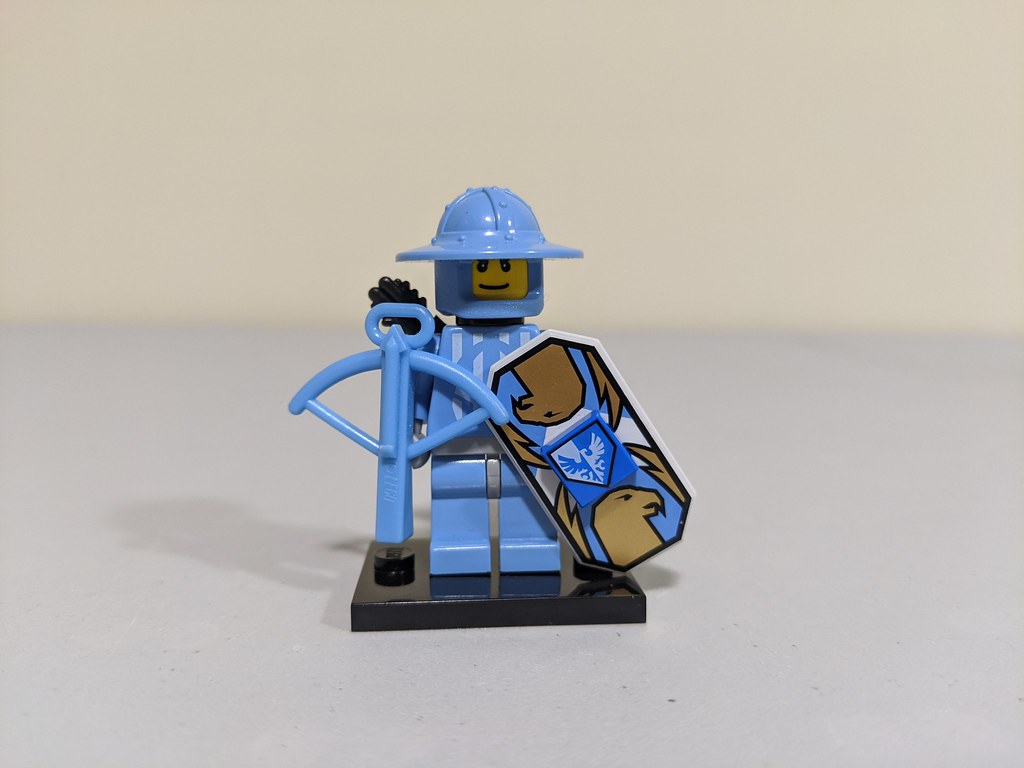 Prior to inhaling all sorts of weird spores, Sir Kojay was actually pretty normal, along with his twin Sir Jayko. Since then, Sir Kojay is one of the most bizarre archers ever. Even if someone watches extremely closely what he’s doing, nobody understands how. He seems to shoot way faster than any crossbow should be able to, has a ridiculous outfit, and he uses a shield with a bow. 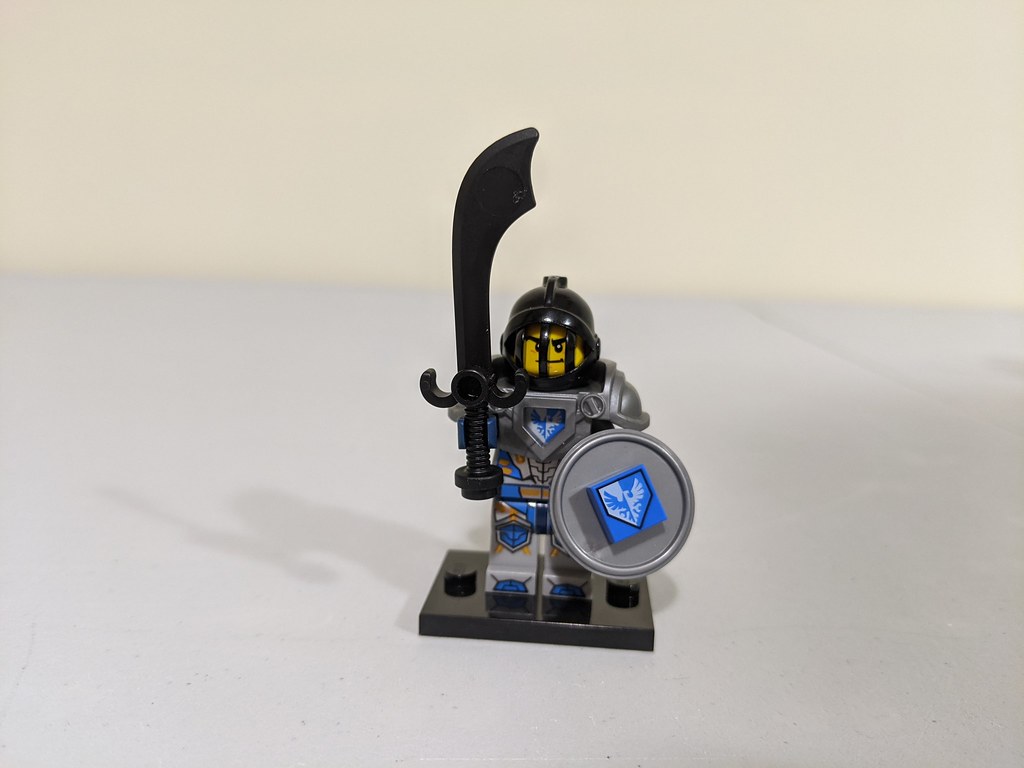 Sir Klay never wanted to be a knight, he wanted to design fancy buildings. He thought going to a colony would let him design and build all sorts of crazy buildings, but really he just got to build the most basic wooden houses. Then he winds up somehow running through a massive forest, inhaling psychedelic spores, going a little crazy, and now he’s living in a dead empire, still not getting to build anything unreasonably huge. He still dreams of building massive and elaborate buildings, but for now, he hits things with a sword. 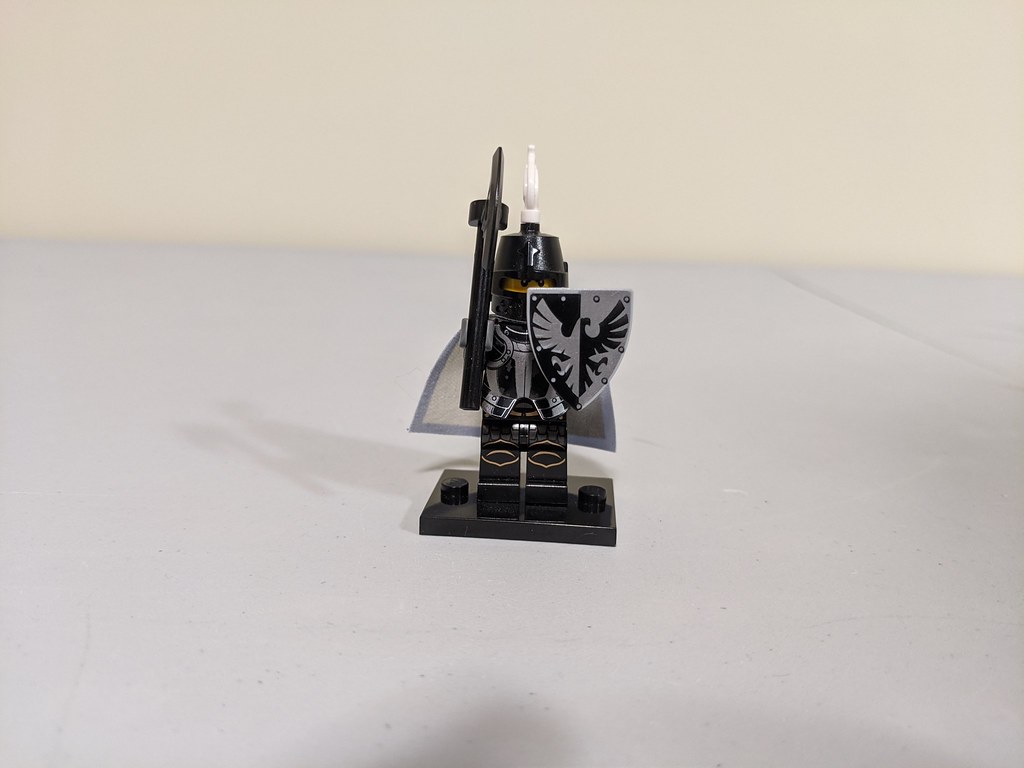 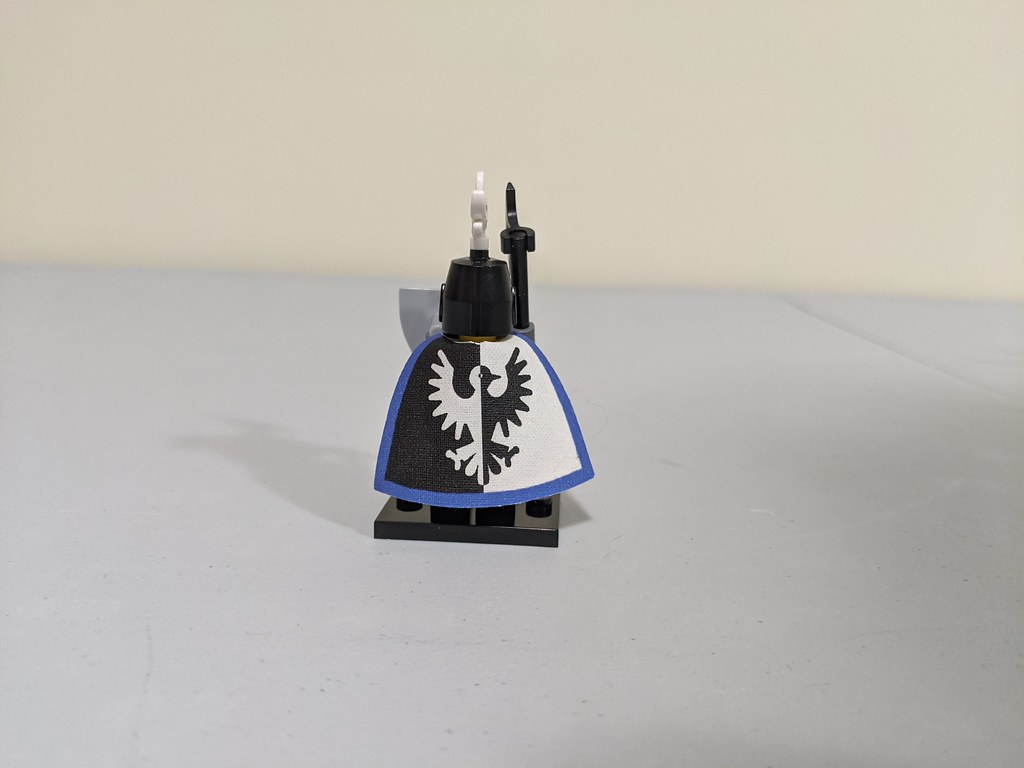 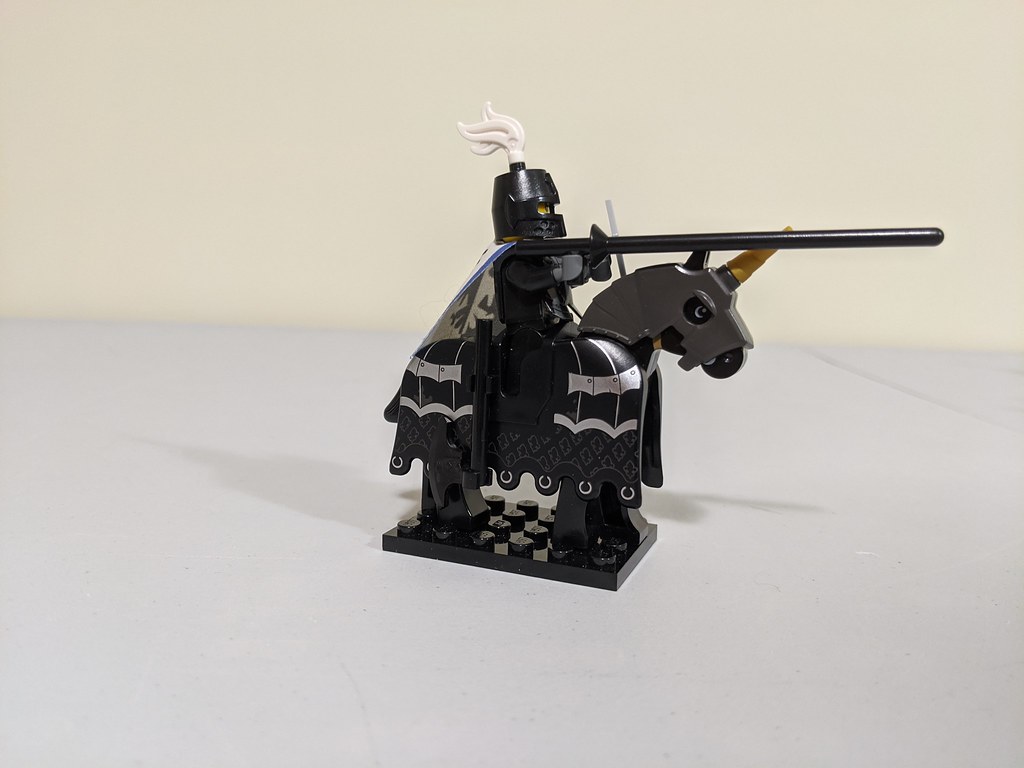 The only thing remarkable about Sir Falco Drakus is how unremarkably normal and competent he is for a warrior. Many are expecting some sort of ridiculous side project reveal any day now.
Armies: https://brikwars.com/forums/viewtopic.php?f=17&t=18070
Top