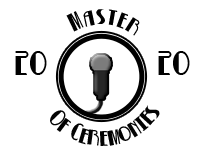 Can I get a secondary judge anyone?
Quantumsurfer's Narrative Index
Top

Only a little under a week remains. Get those entries in.
Quantumsurfer's Narrative Index
Top

I did it
I make apocalypses and apocalypse accessories.


Thanks to all participants for your entries into this year's Jamboree.

Well done and congratulations. Slightly more entries this year than last but we got some real big hitters. Seriously, you guys went nuts and it is appreciated, I'm sure, by our audience here. These are all awesome and fun builds and I definitely look forward to more of this kind of creativity in the future.

Dienekes22
For the Scene "The Skion at War"

Congrats Kaplan on the win. Great contest this year!