A Guide for Skion Cameos

A Guide for Skion Cameos

Greetings, and welcome to another exciting edition of Guides with Dienekes

Today, let's look at the Skion and how YOU can put together a cameo force for fun and profit.

Sixth, we'll talk in detail about basic Skion infantry and then we can move on to some of the specialist troops in order of their importance and ease of production.

But seventh things seventh: the most common piece throughout the army is their helmet: 30325 headgear with breathing apparatus and headlights. Except for one or two exceptions, all troops are outfitted with this helmet in metallic silver. I actually designed the army around this helmet so it's near and dear to my heart. Obviously blue or either gray is fine, I'm not one of those people. Include a visor if you can because visors are bomb. Many of the troops also use night vision goggles 15446 and breathing regulator 24135.

Also I prefer my Skion to wear helmets because helmets are rad and I don't like most of the Lego hair pieces. But you do YOU, dawg.

Skion infantry are classified in two main groups: Home Planet Infantry and Lunar Infantry.
Lunar infantry bodies have blue arms and white torsos (973pb0510c02) from Captain Rex (sw0193/sw0314)
The legs were intended to be any white Star Wars trooper legs (970c01pb32 or 970c01pb27, for example) BUT I made a huge mistake many years ago and they are the even harder to find Wolfpack legs (970c01pb26). I hope to remedy this eventually.

Home Planet infantry use any and all trooper torsos. Clones, First Order, Stormtroopers. Doesn't matter. I like using troopers with printed legs but that's not a requirement. It just needs to be a trooper.

Now: heads. The Skion are yellow in my sector only because I'm a goober about the classic heads and I think the designs are more fun than a lot of the peach heads. Skion troops are a mix of men and women so don't be THAT person about it. The main thing is: yellow heads.

Below is the backpack used for most of the Skion force. Five pieces and pretty easy to put together. I'll let the photos speak for themselves instead of tossing part numbers at you. The lever pieces on each side are, in fact, grenades. 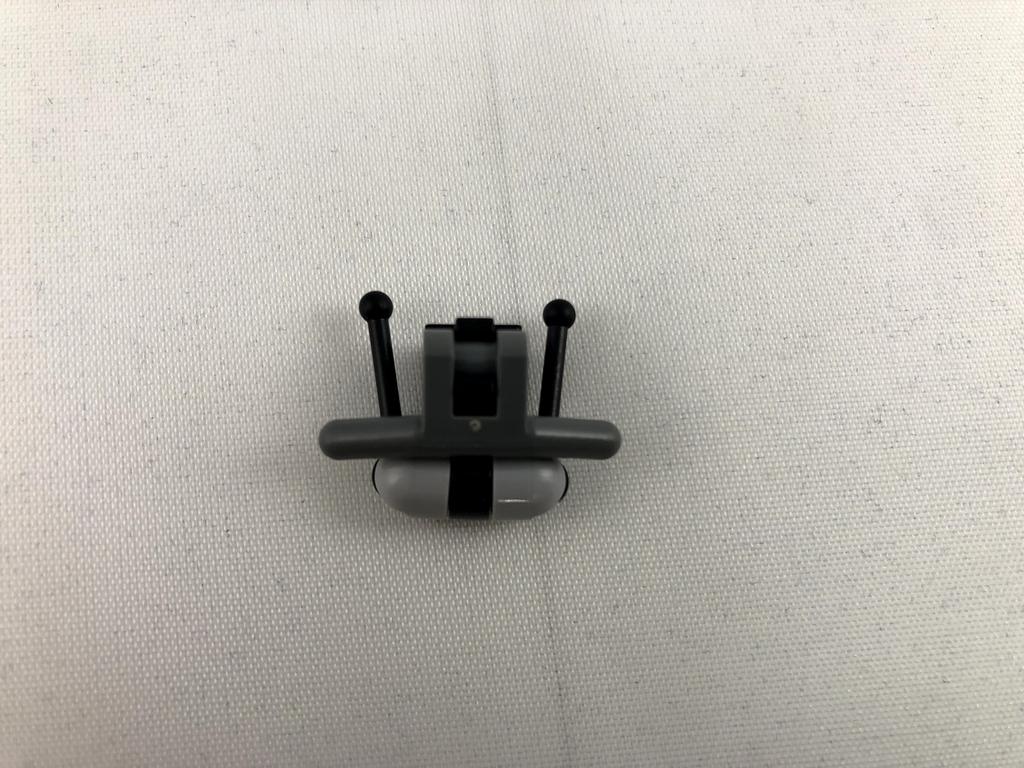 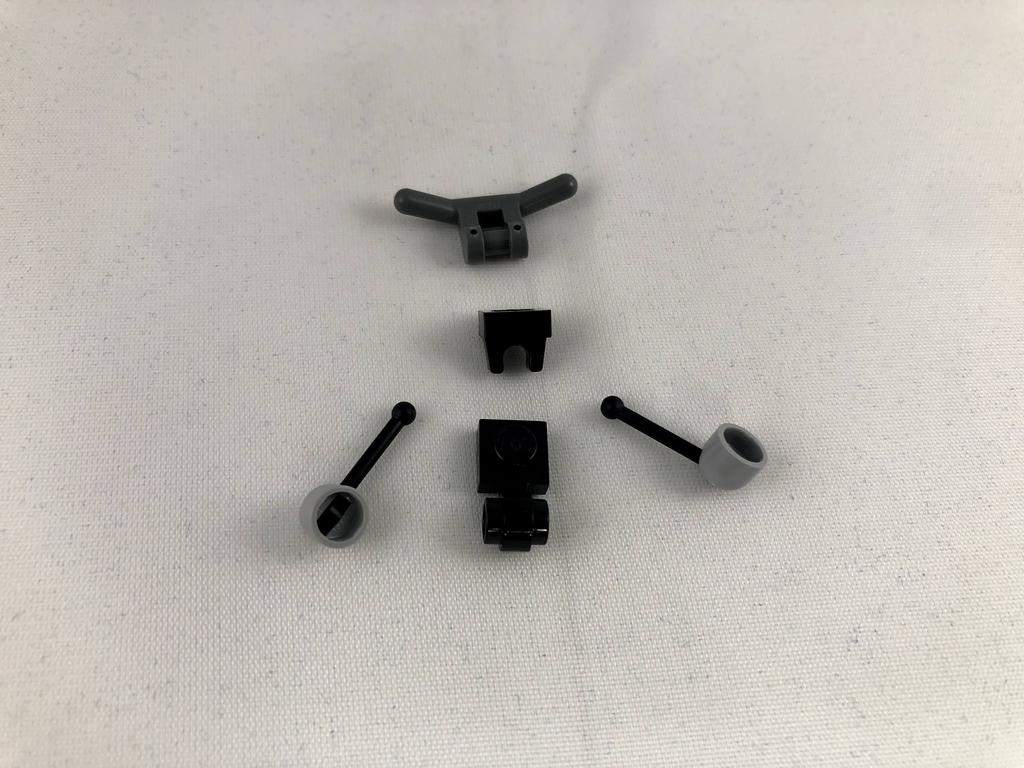 The basic Skion weapon is the following long range weapon: 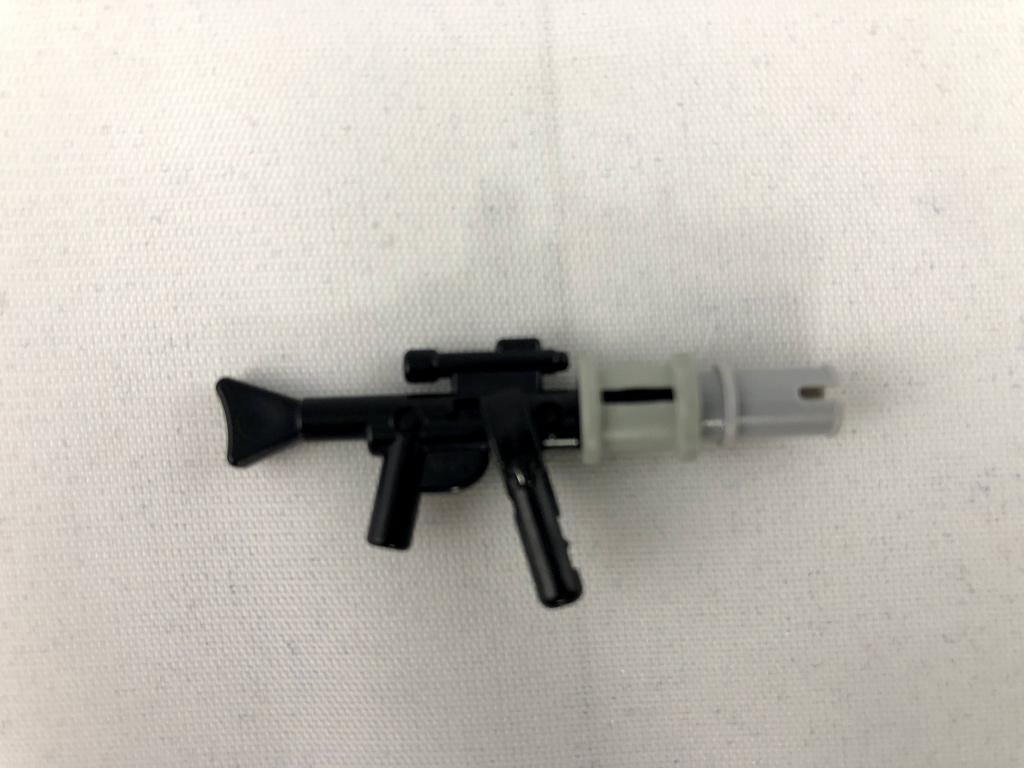 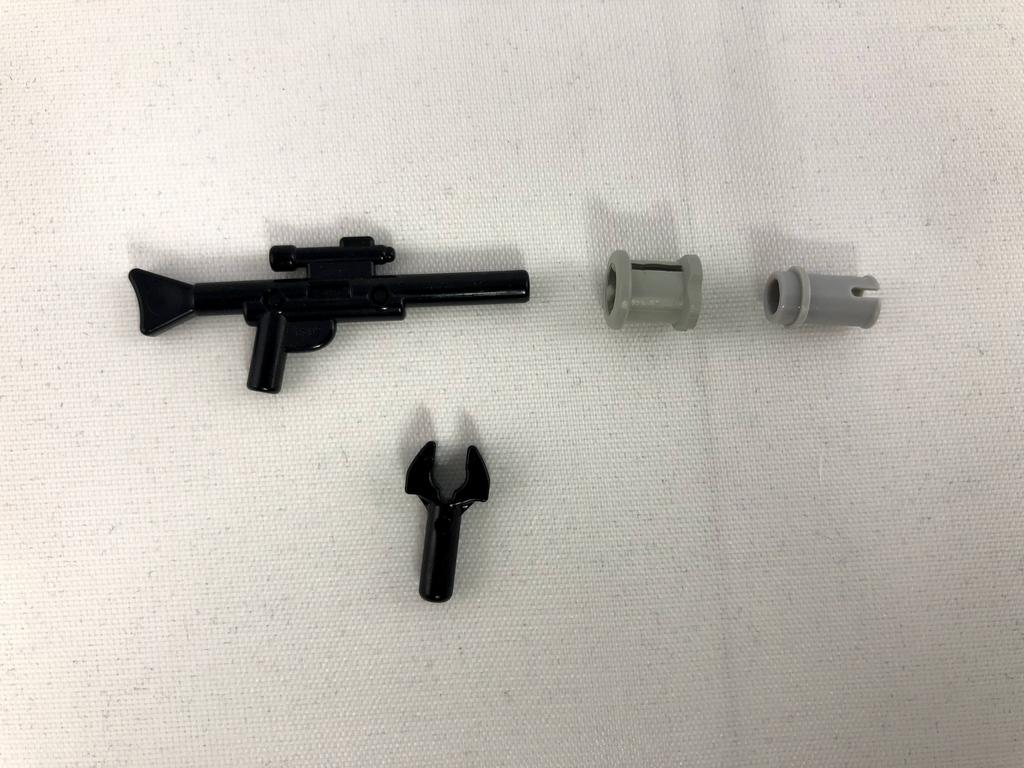 However, there are many non-standard weapons in the Skion armory, here are some examples: 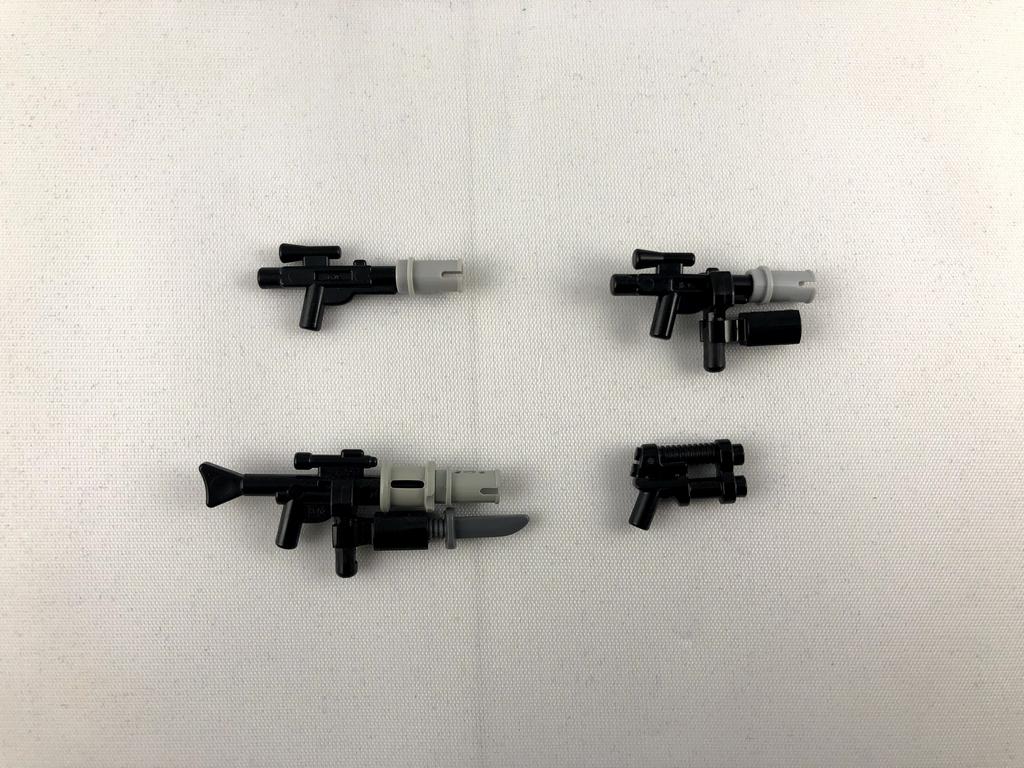 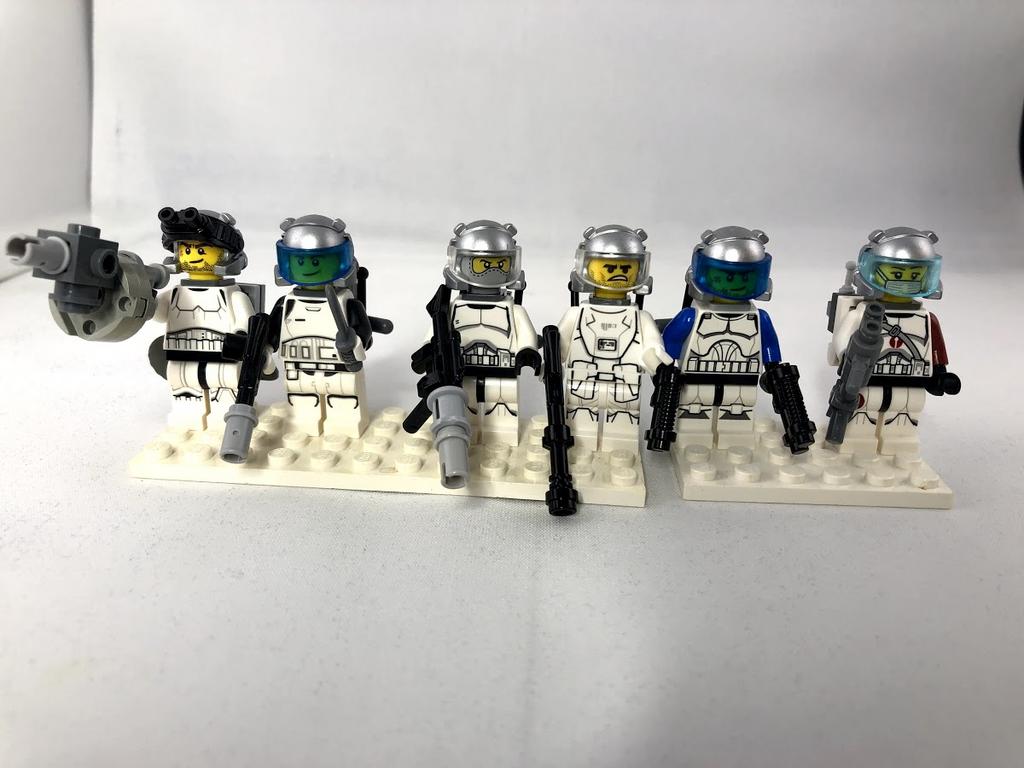 Officers are the new 501st Clones released just this year. I don't even have them yet because life isn't fair. But they'll be officers. If that isn't feasible don't sweat it. Blue printing on clone armor is really what makes the officer. Or not, you do you with these guys. They have the same helmets you know and love, also.

The Medic is sw0524 BARC trooper. Same fun helmet and I like the nurse head because it's like they have scrubs under their futuristic power helmets which just tickles my funny bone. Syringes make great backpacks adornments.

Basic heavy weapon support is easy: sw0629 Clone Lieutenant with printed legs. I like the light blue as significant in the use of big guns. Don't forget the helmets! 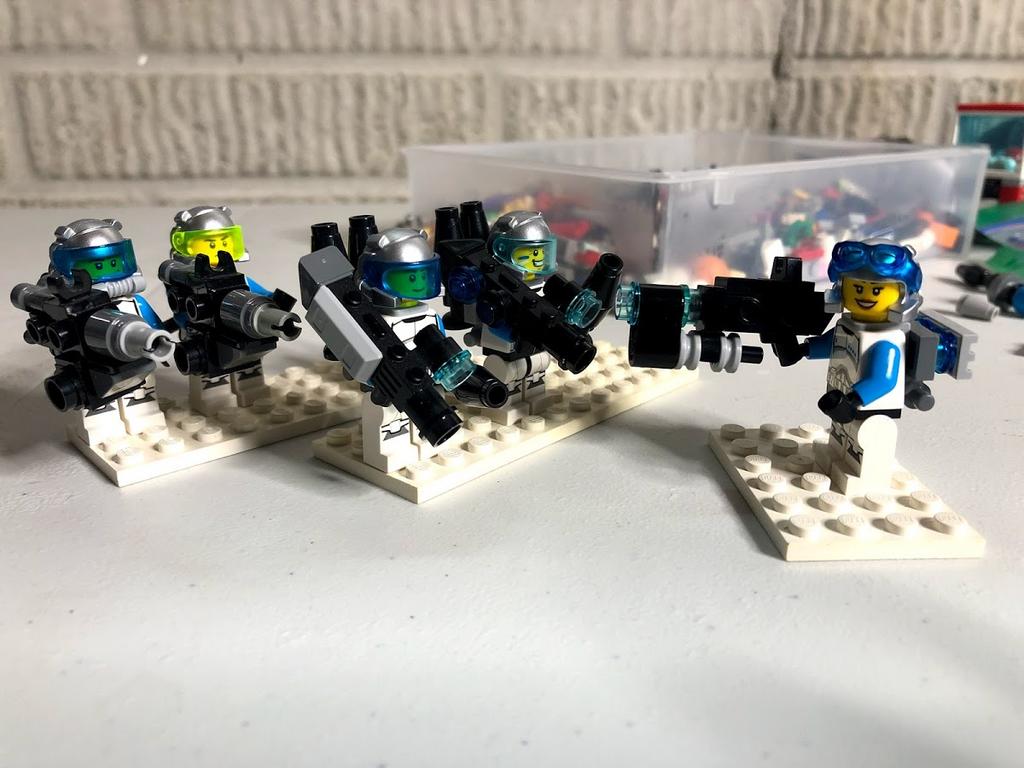 Check them out! Neat!

Here are some weapon breakdowns: 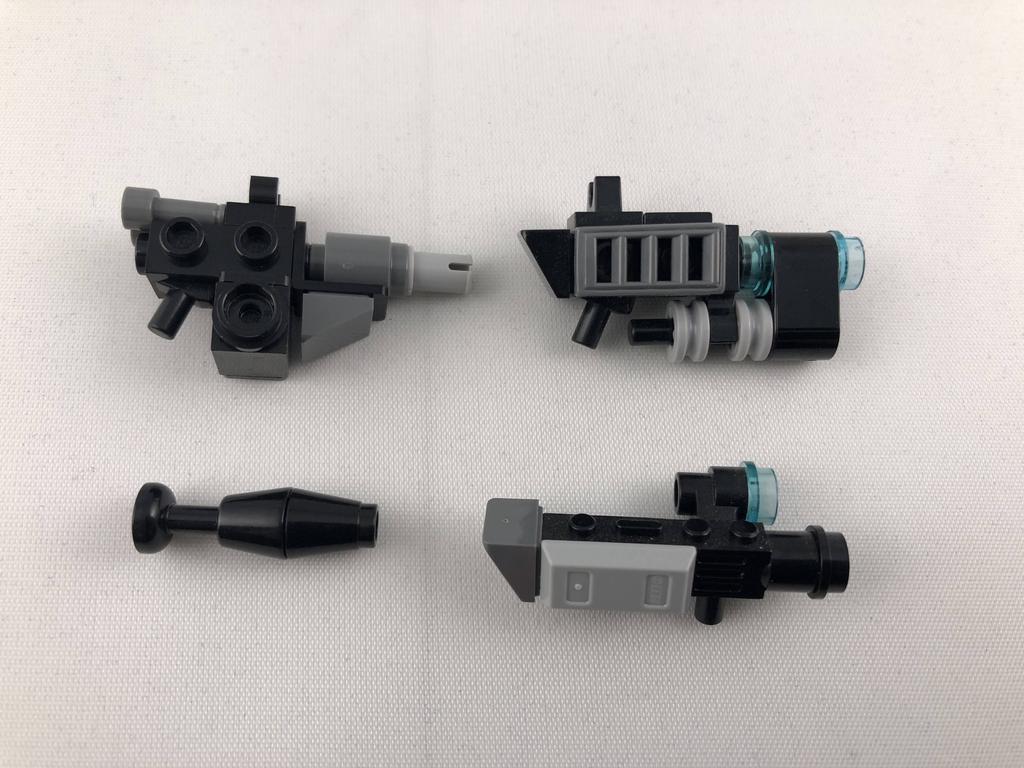 We have a MachineGun, RailGun, and Bazooka! How fun!

Heavies are Imperial Shock Trooper sw0692. Somehow they've all ended up with trans-black visors but that wasn't intentional.
Here are some of their weapons: size 2 RailGuns and a size 2 MachineGun 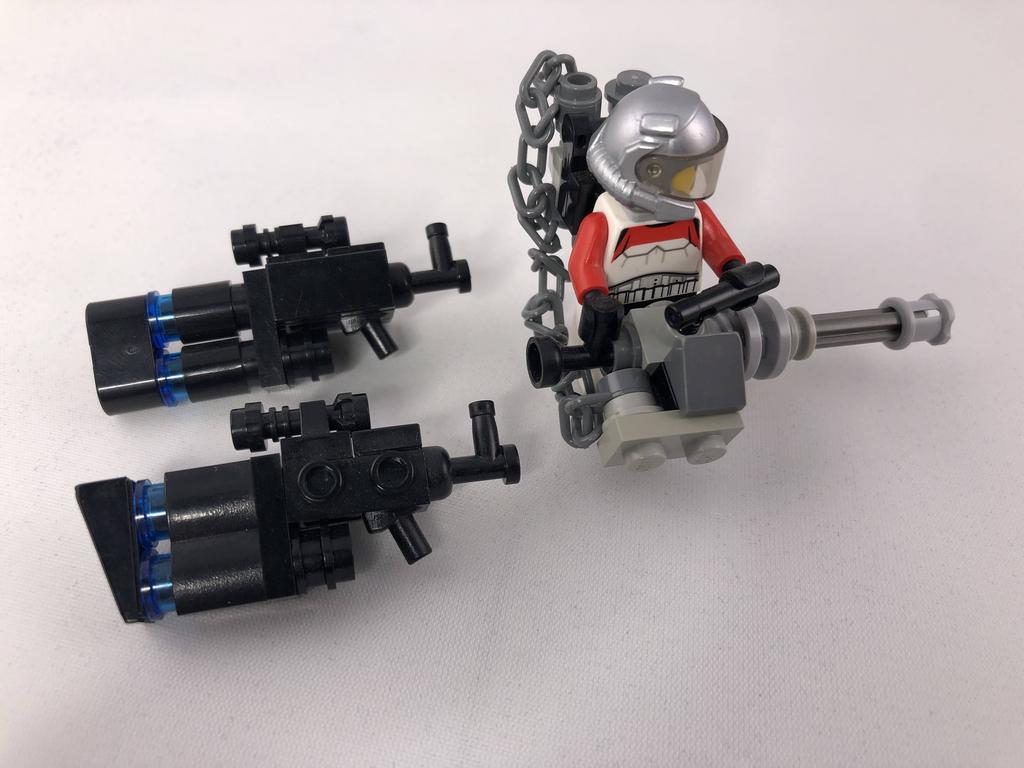 I will continue to update this post gradually with important details. If you want to see more feel free to ask.
This is so I don't forget later:
Valkyrie/Skulna armor: 85961
Last edited by Dienekes22 on Wed Aug 05, 2020 2:44 pm, edited 1 time in total.

Re: A Guide for Skion Cameos

My cameo created using this guide:

Re: A Guide for Skion Cameos