The Seekers of Truth.

The Seekers of Truth.

Deep within the underbelly of the proud star nation of the Federal Republic of Legotavia lies a insideous threat. A group of depraved scientists who fail to understand the value of 'Ethics', the Seekers of Truth are born from the worst aspects of Legotavian society generated during the Civil War that wreacked havoc in decades past. They ultimately quest towards a 'Universal Truth' that they can understand all of reality with.
The Seekers of Truth operate as a secret society, they conduct experiments and have numerous shell companies throughout Legotavia and the rest of the galaxy at large. 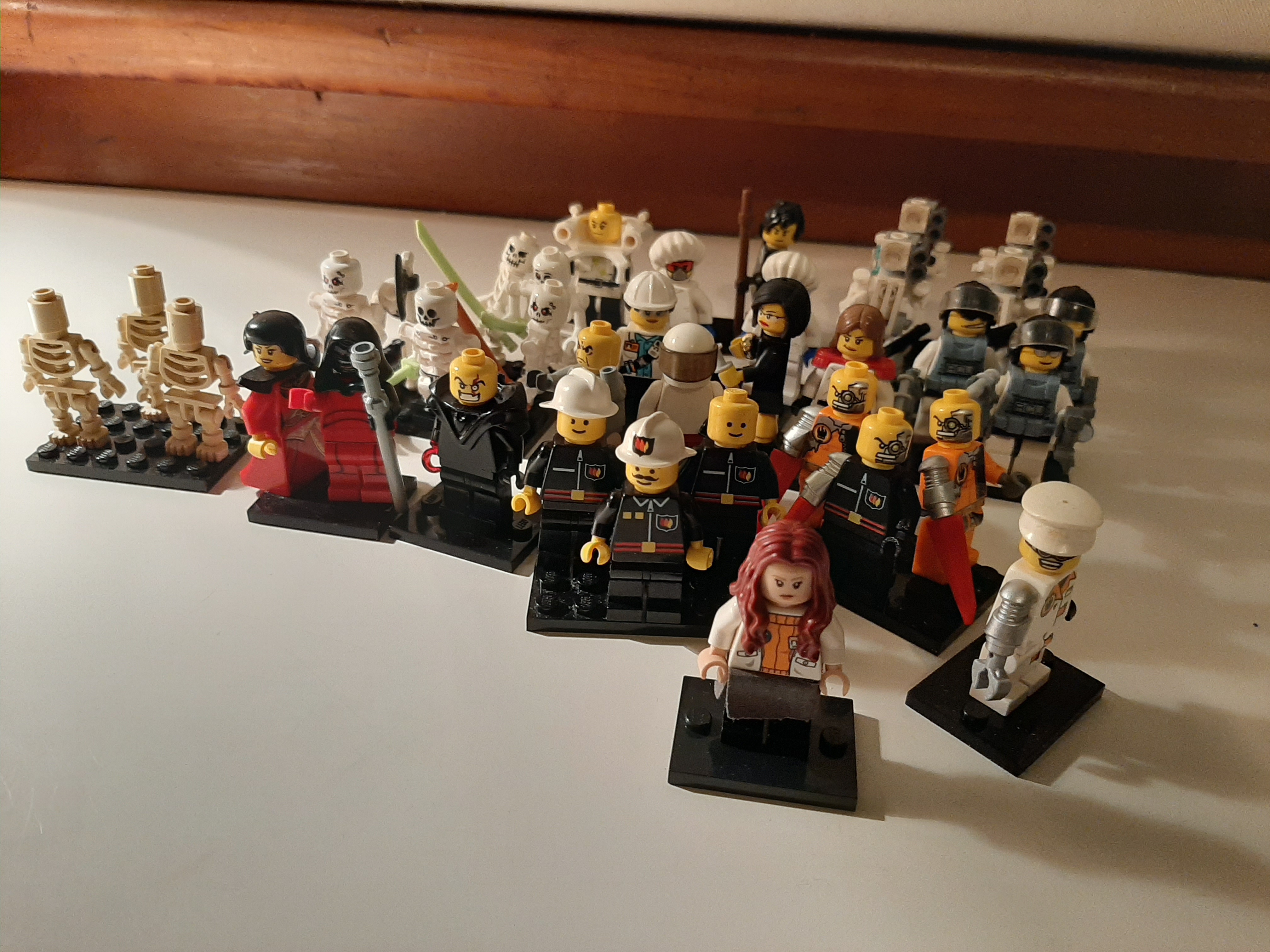 The Seekers of Truth are led by the Grand Matron, an elusive woman whose appearance into the Brikverse is as much a mystery as her identity. Her ties with Quantumsurfer Green bring many questions to her origin, but her vast magical and scientific knowledge ensures the loyalty of her followers. She is seemingly the most powerful mage in the Anno Galaxy. Seekers of Truth Loyalists are the driving force behind the Seekers of Truth. They are loyal followers of the cause of 'universal understanding' and work throughout Legotavian society to ensure victory. There is a growing drive amongst them to be converted to cybernetic warriors of the cause. These units require no introduction, Trattorian drones fell into the hands of the Seekers of Truth when the Trattorian Remnant joined. Their design is a valuable part of Seekers of Truth doctrine and the Council is currently seeking to improve on them. The Aceleran Defence Unit is a shadow of its former self. once a defender of copyright law across the Brikverse, they now exist as the personal bodyguards of Dr Nagato, the last surviving member of the Aceleran board of directors. Dr. Mikoto, once an esper manipulated by the machinations of Quantumsurfer Colette, worked together with Axelrod to escape Ragnoblok and found herself with the Seekers of Truth. She is now working within them as a means to stay alive.

Dr. Nagato is quite the opposite, a woman who has faced no hardships in her life, Dr Nagato is only here for her vast access to Aceleran data recovered from Ragnoblok and the loyalty from her men her prescence provides. Generally the Grand Matron sees her as a nesscary annoyance to be kept around. Mk 4 Mass Produced Soldiers where an attempt by the Post-Civil War government to reorganise its splintered army. Their development came from the production of Cyborgs during the Civil War by the Science Guild Army, considered to be the precursor to the Seekers of Truth. They where deemed unethical and quicky found themselves smuggled into the Seekers of Truth by their designer.


The Legotavian Civil War was fought by many combatants. But one of the major ones remembered to this day was the Lifegiver King's Army. The Lifegiver Kings forces where mostly annhilated after they were betrayed by their AI Liberationist allies at the end of the Civil War, and their king has been ressurected as a Lich by his followers following his death. Furious with the Legotavian State as it now exists, the Lifegiver King has thrown in his lot with the Seekers of Truth in an attempt to find some form of revenge. Lifegiver Golems have always been a part of the Lifegiver King's army, yet are created by more minor mages loyal to the King's cause. Throughout all facets of the Seekers of Truth, Lab Assistants are used to maintain the expensive equipment and experiments the Seekers constantly pour effort into. Finally we get an armory post for these guys! Now I can actually post my cameo without it being weird lol

She is seemingly the most powerful mage in the Anno Galaxy.