WHO WILL WIN THE ULLLLLLLLTIMATE RUMBLE BETWEEN THE TWO? WELL GO WATCH KOMMANDER KEN'S SOAPS FOR THAT BECUASE NOBODY KNOWS YET! BUT IN THE MEANTIME, LET'S SEE THESE TWO FUCKIN METAL FACTIONS FACE-OFF IN ANOTHER KIND OF BATTLE, LIKE AN APPETIZER! A FUCKIN METAL APPETIZER!

IN ONE CORNER OF THE RING WE HAVE THE 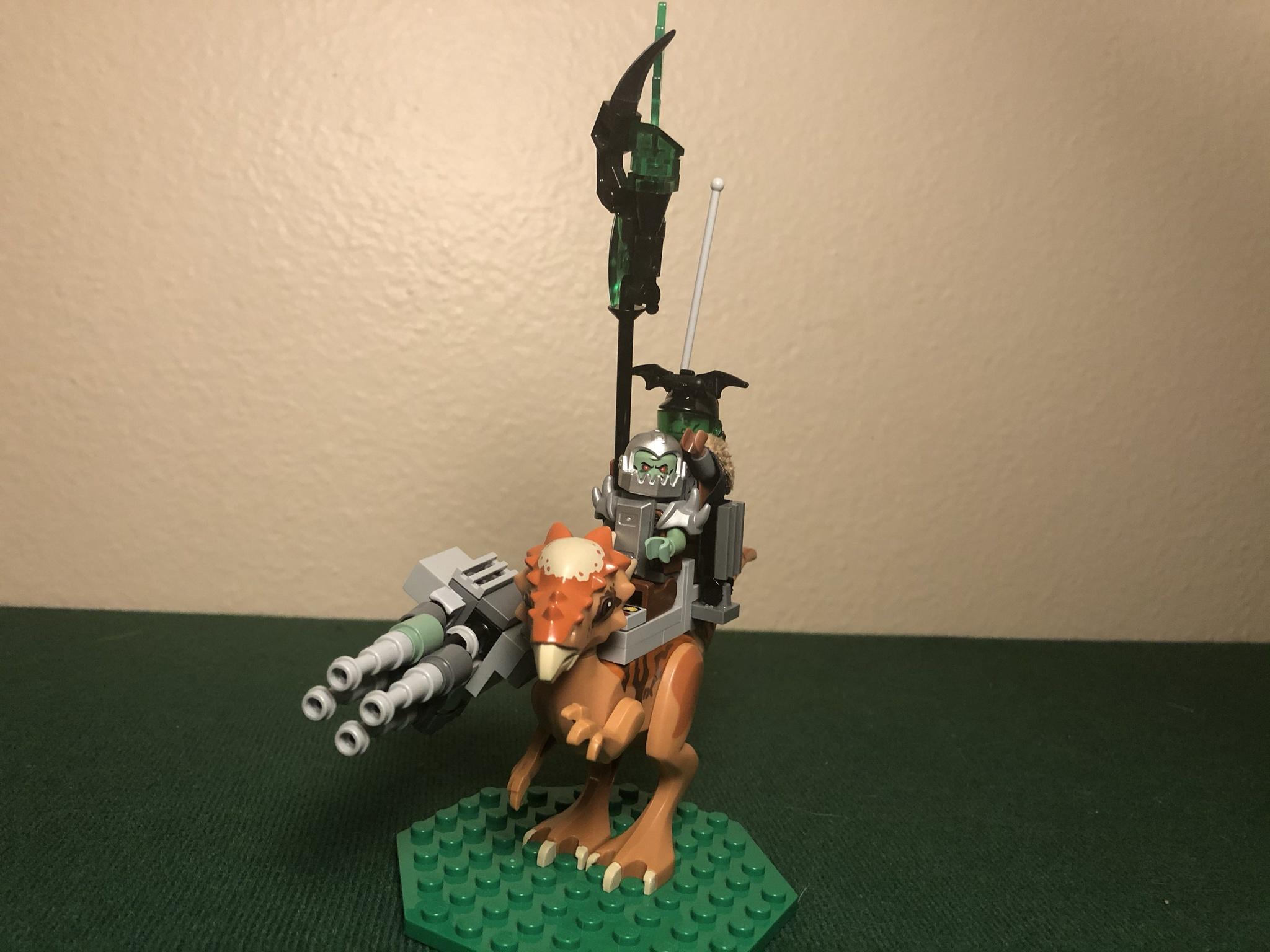 
AND IN THE OTHER CORNER WE HAVE THE 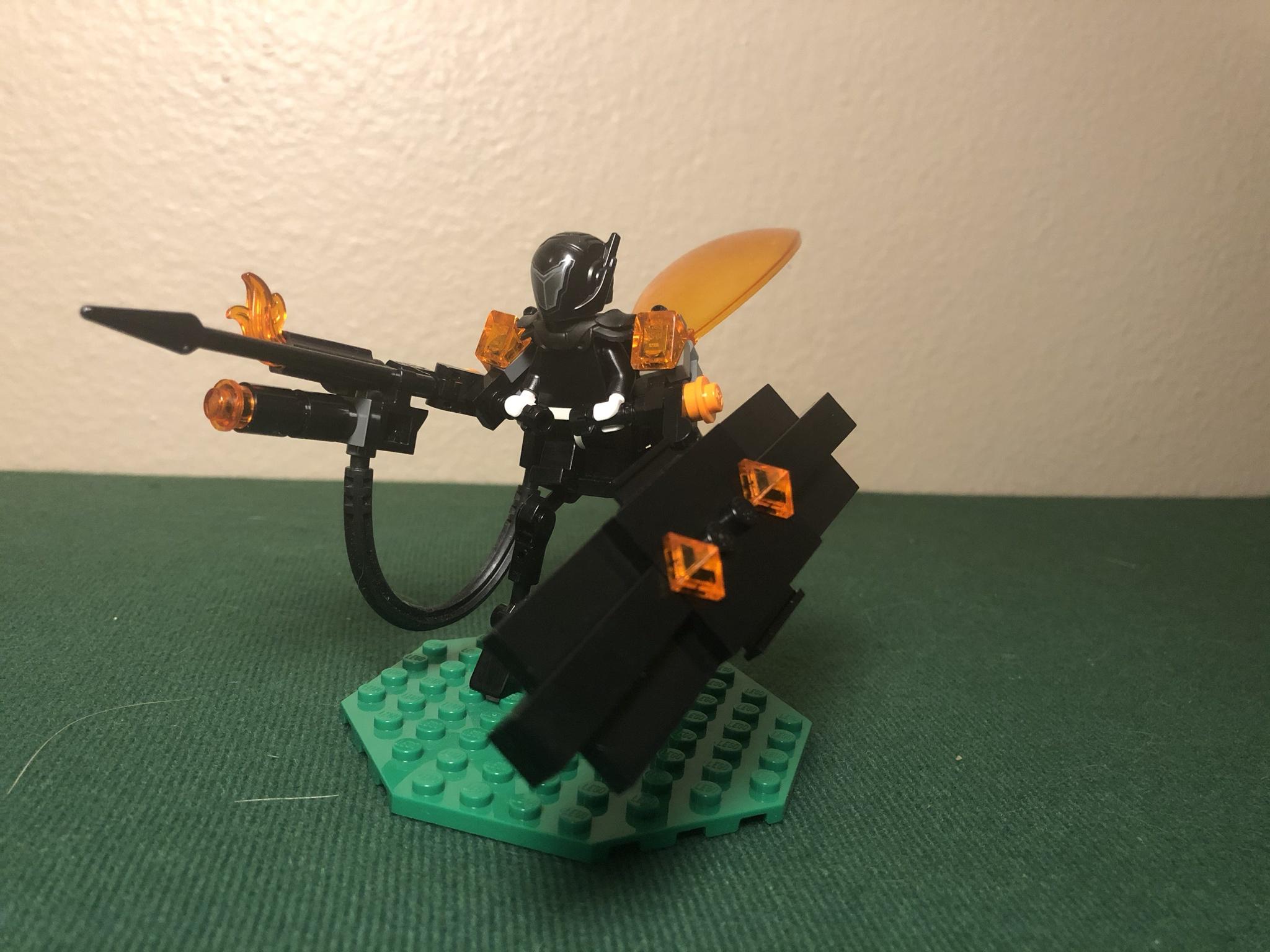 
WHICHEVER OF THESE SCORES HIGHER IN THE END, WINS A PLACE IN THE UPCOMING HELLHUNT BATTLE TO FIGHT AND PROVE ITS WORTH! MAY THE BEST BADASS WIN!
Last edited by Bookwyrm on Wed Sep 30, 2020 11:14 pm, edited 2 times in total.

The Breecha Leezrd is one of the newer results of the innovations in combining Brootal military engineering and "supa dakka tek" with BlackRock war beasts. Its hard skull makes it equally good at smashing through walls as it is Immortal Phalanxes, and carries a swiveling minigun for threshing down scores of enemy troops in the blink of an eye. One warboi pilots it, but there is extra room for an additional soldier or a Black Mage to ride on back. 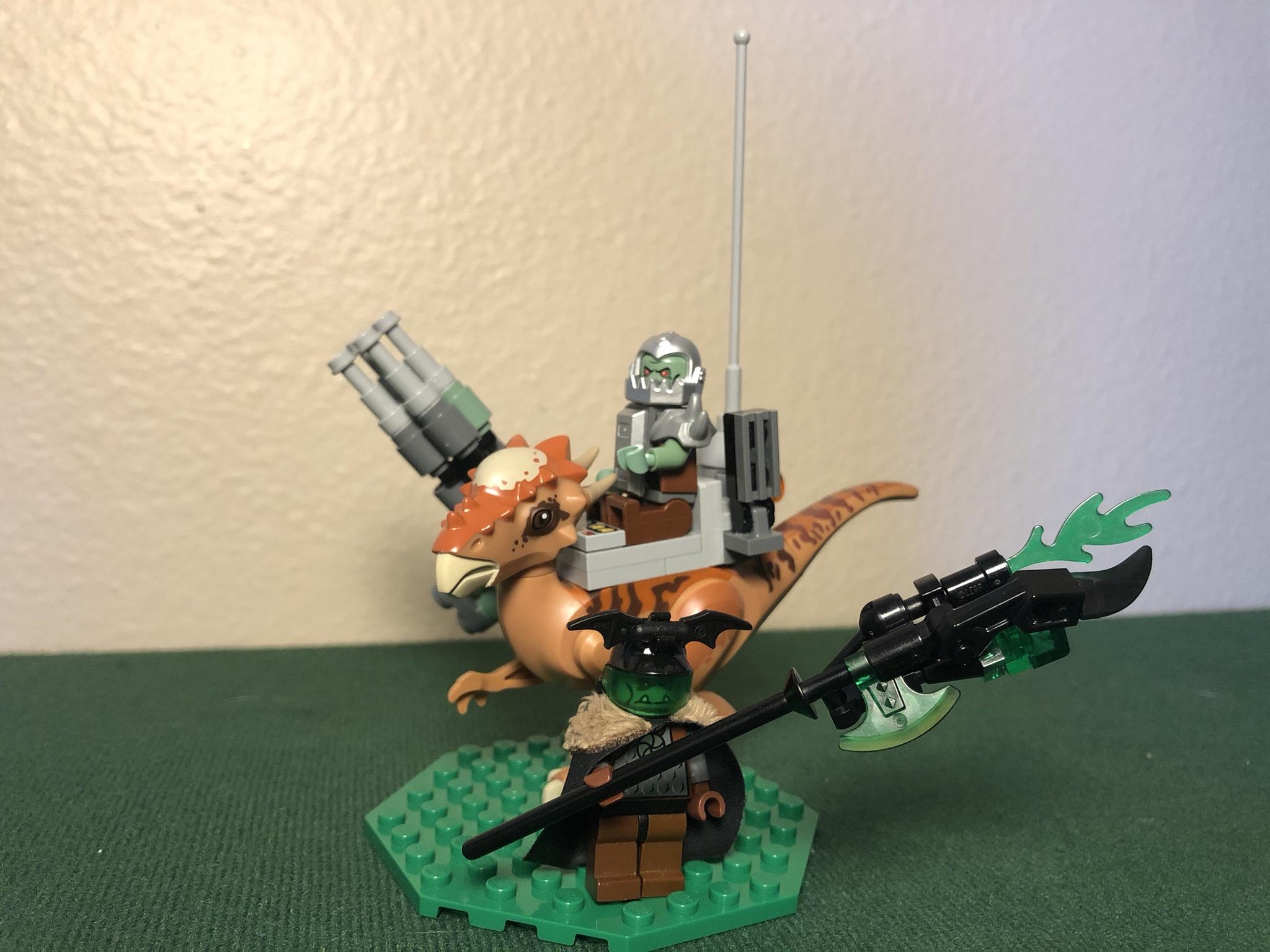 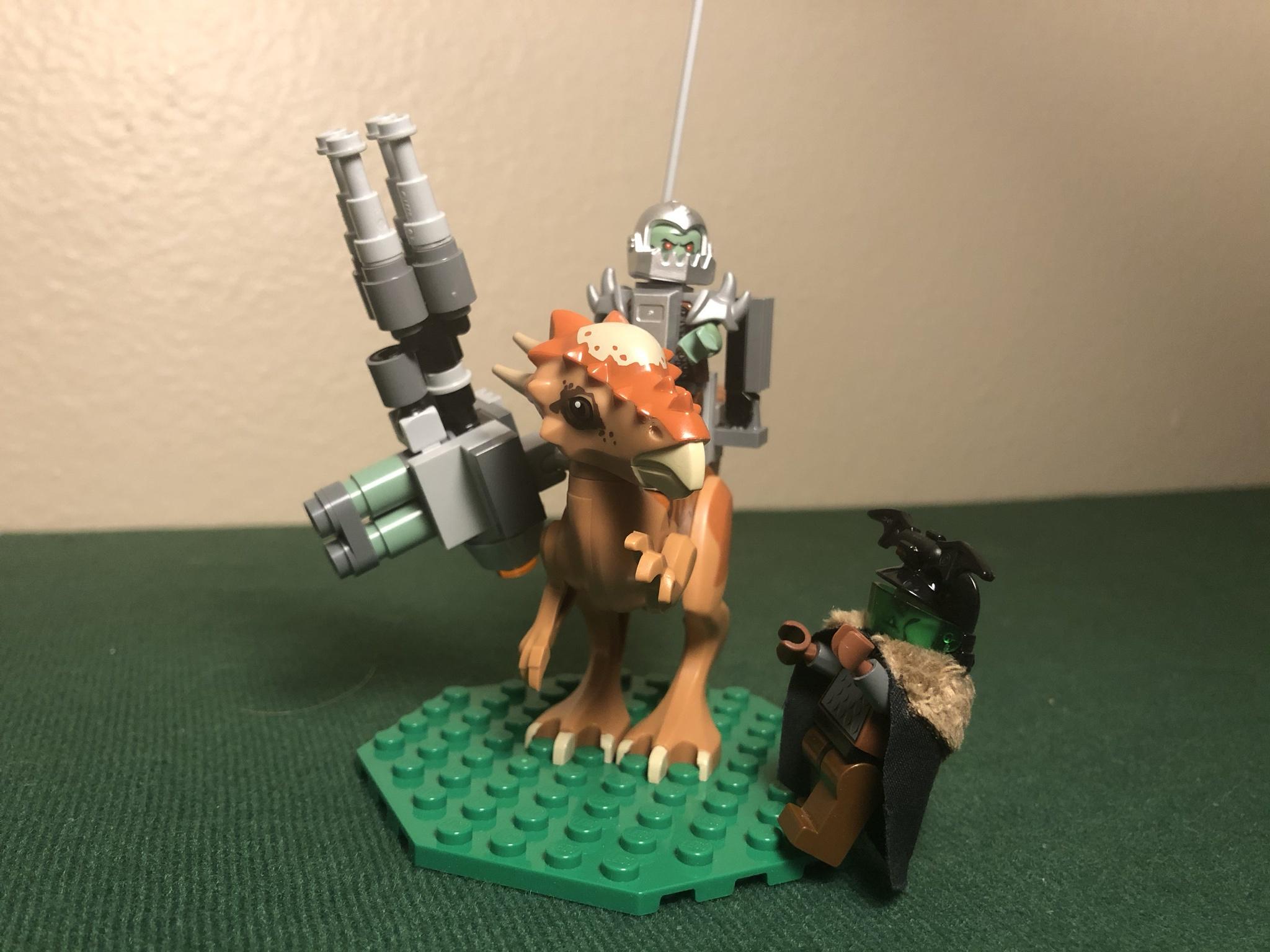 The Black Mage and his new, over the top tainted scrap scepter and his pet. What more could an urk ask for? 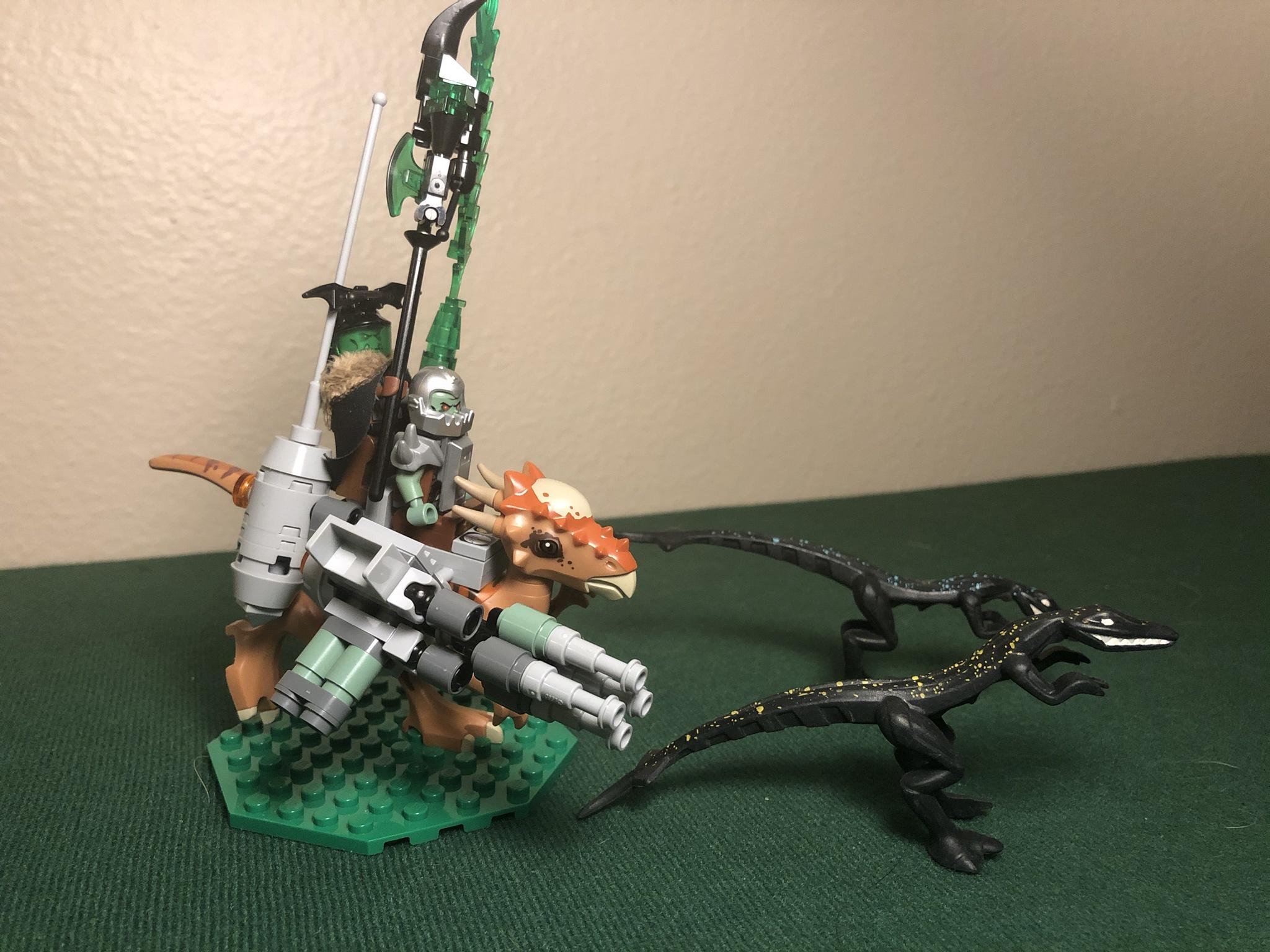 Breecha Leezrds are also exceptionally quick, and are often used as heavy support for more lightly armored scouting groups, like this Black Mage and his pack of Umber Raptors, war lizards warped by black magik into even more deadly forms. 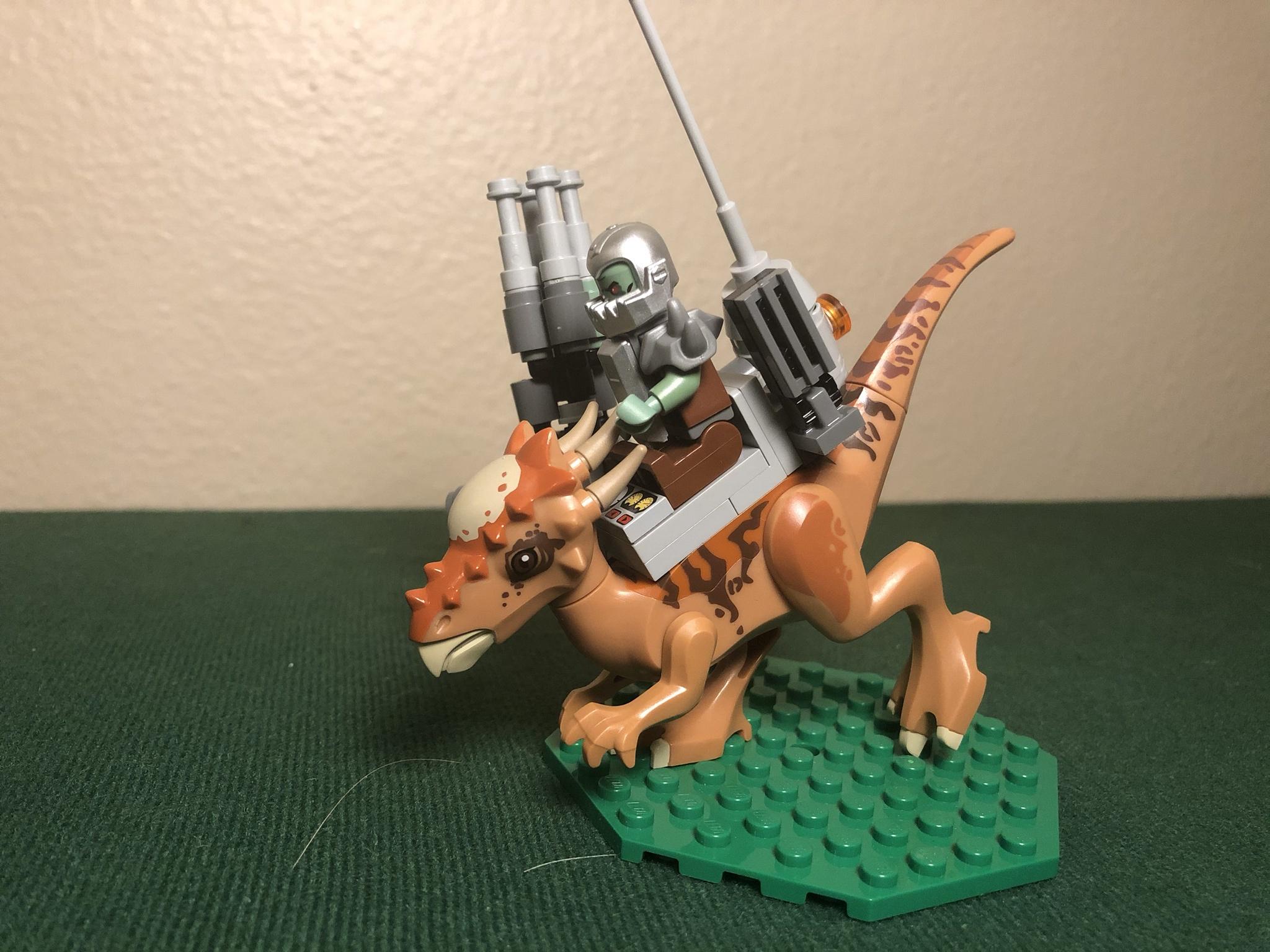 Very few things can stand an onrushing Breecha Leezrd's battering ram of a head smashing into it at full speed. Rubble and bloody smears are usually the only things that remain. 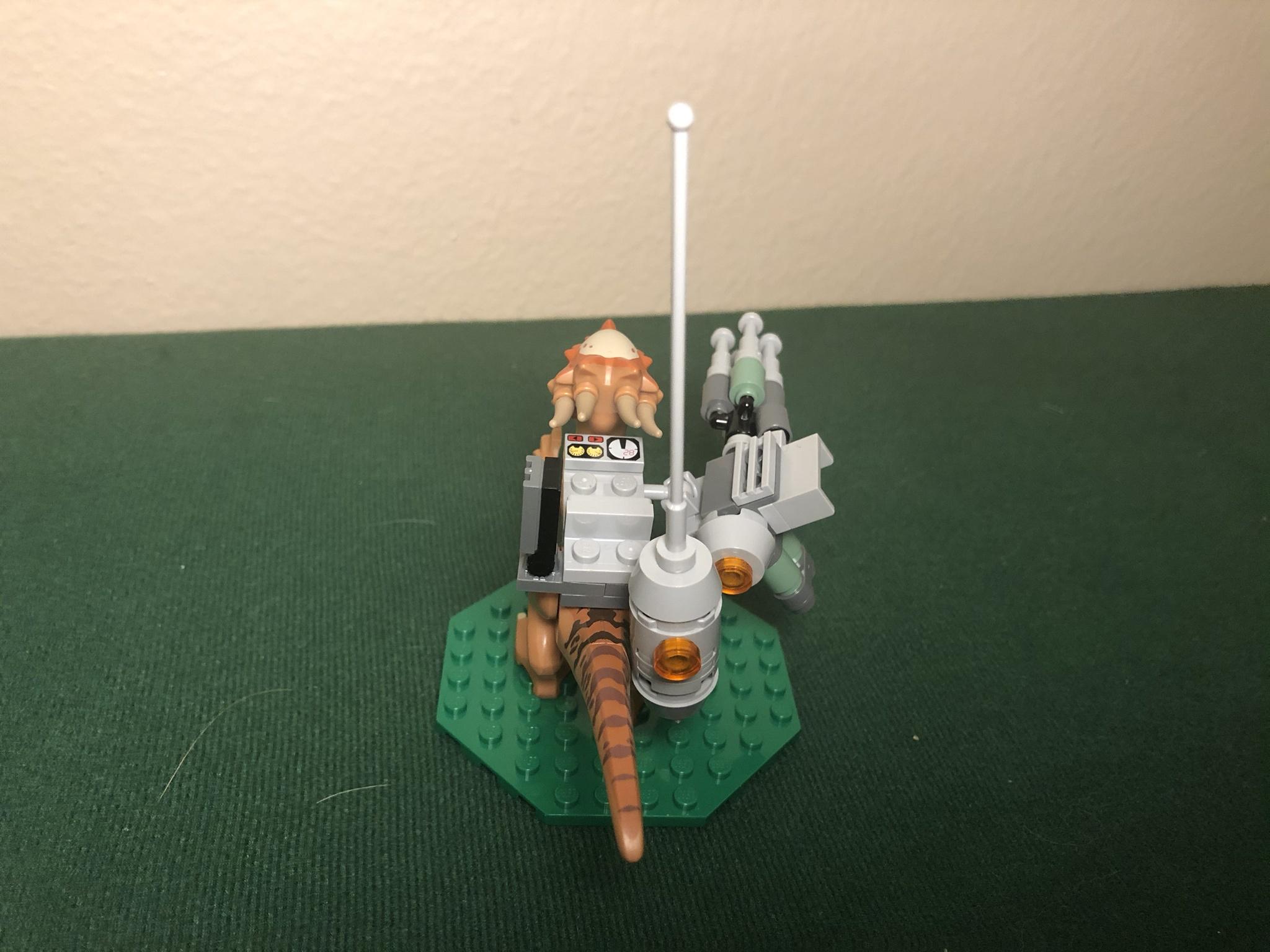 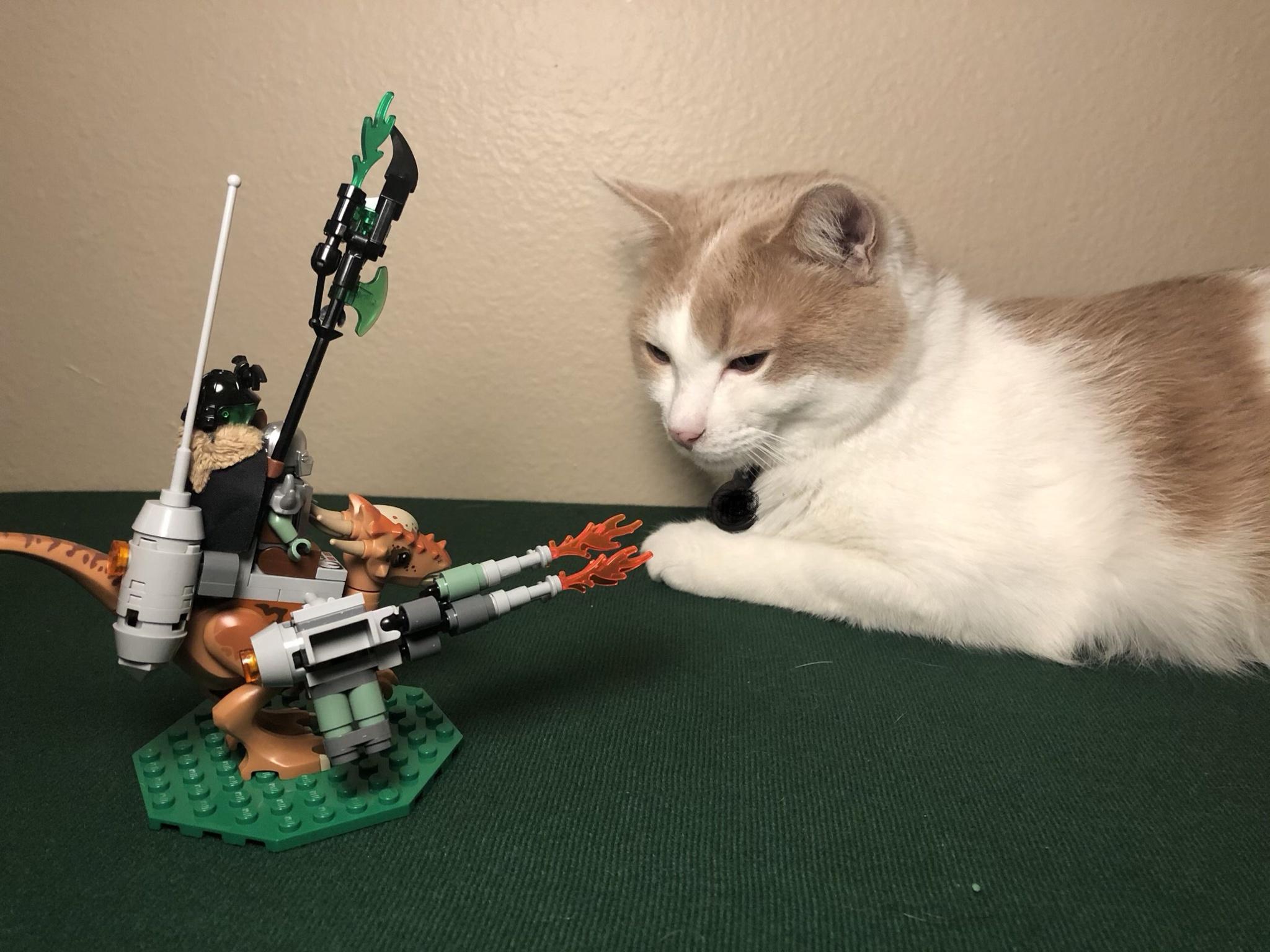 Bonus: The dimension's resident Twilight Lynx decided to drop into this photoshoot and would not be dissuaded from his place, even by Brootal heavy firepower. 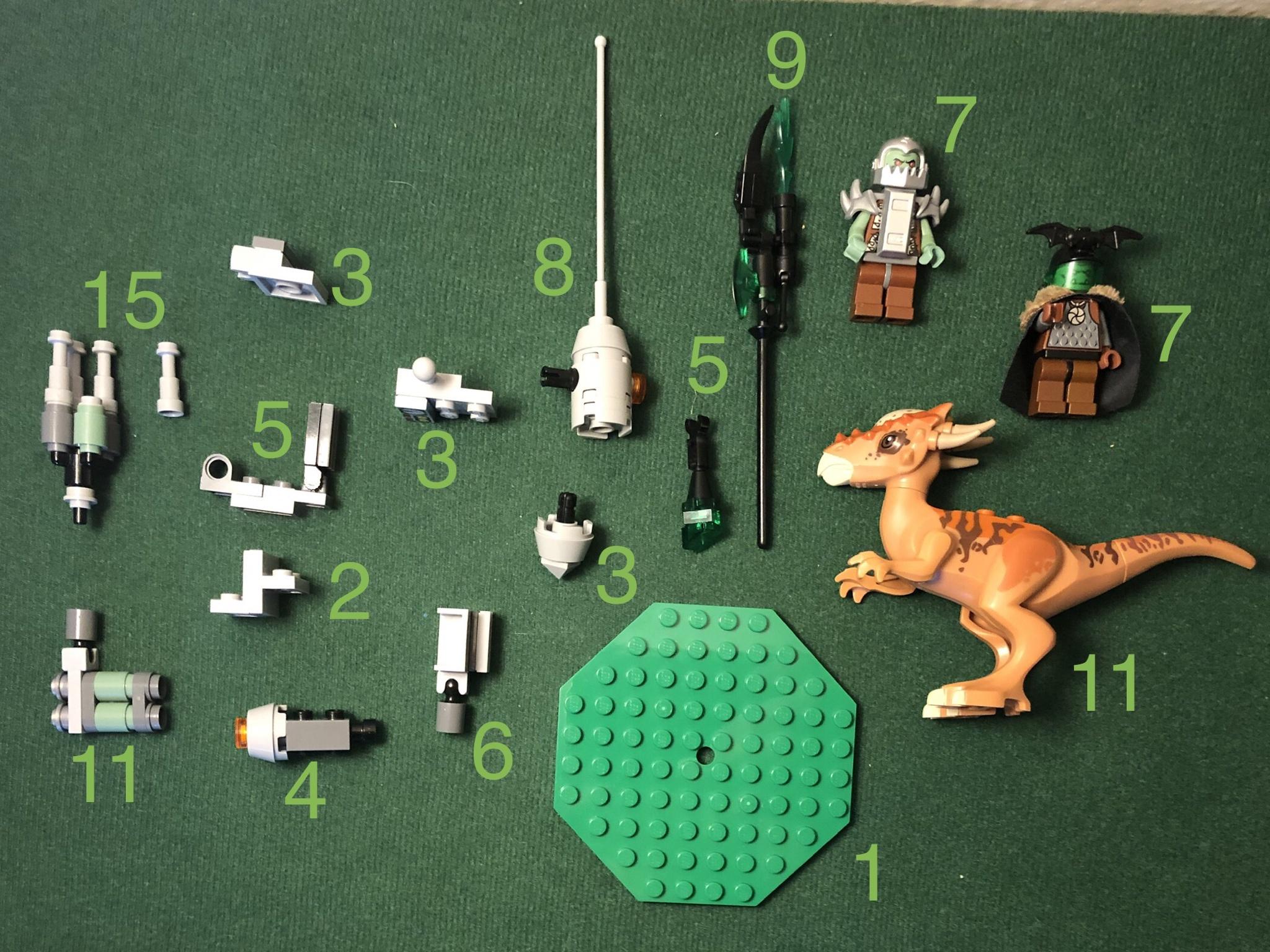 Parts Breakdown. If anyone wants a part more broken down please just let me know. 100 in total (counting minifigs as three and accessories are extra)
Last edited by Bookwyrm on Wed Sep 30, 2020 10:57 pm, edited 2 times in total.

The Locust Mobility Suit is an experimental new bionic armor created with the primary objective of greatly enhancing both long and short distance travel for Immortal Scouts. This suit is built for speed on the ground and has enhanced vertical mobility by means of its powerful legs and anti-gravity OT panel on the back, but is just as capable with standard offense and defense due to its enhanced weapon loadout. 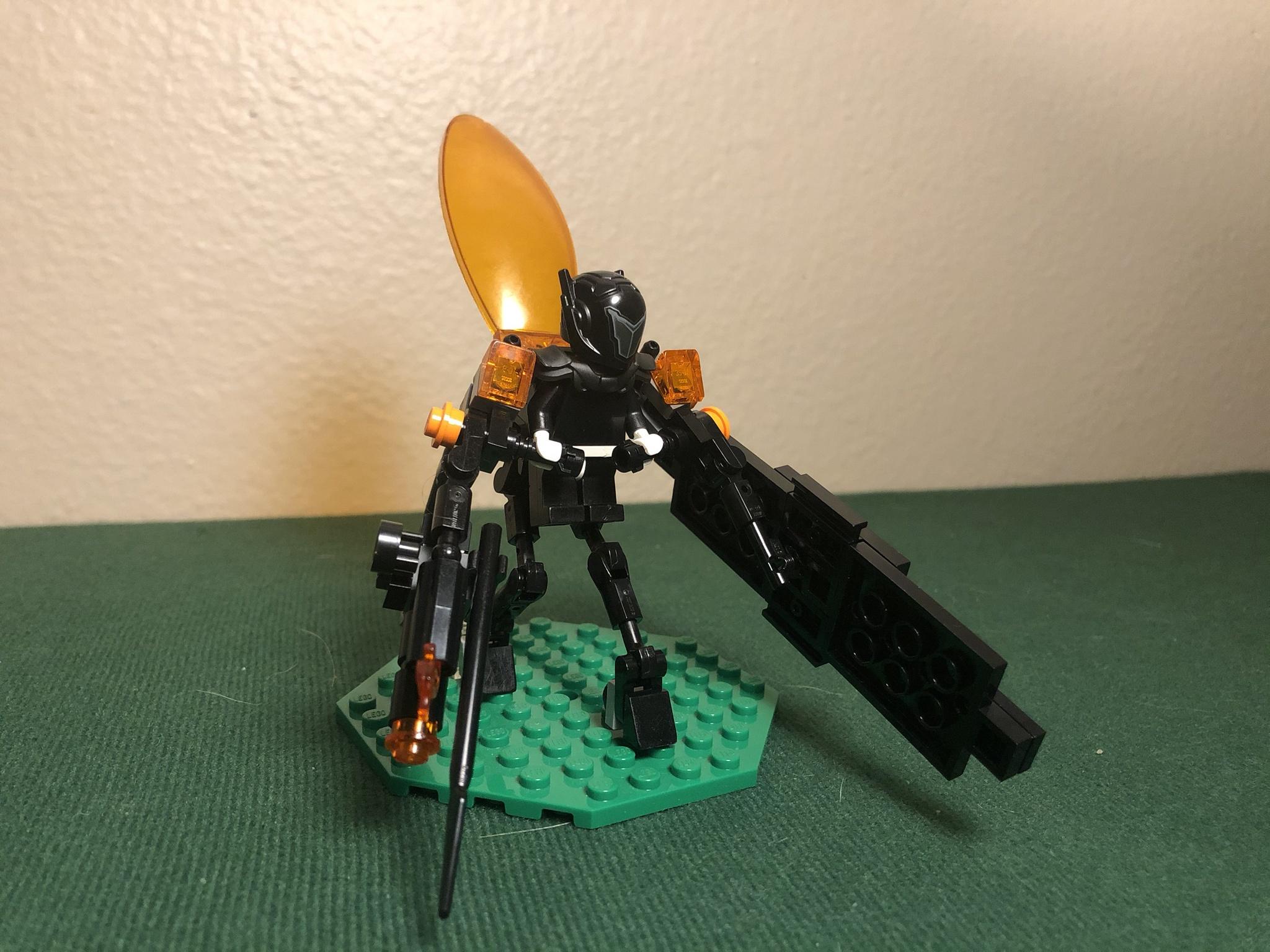 The right arm is fused to the triple whammy weapons package of a heavy blaster, flamethrower, and vibro-bayonet, while the left deftly manipulates a longer and larger version of the standard Immortal Phalanx shield. 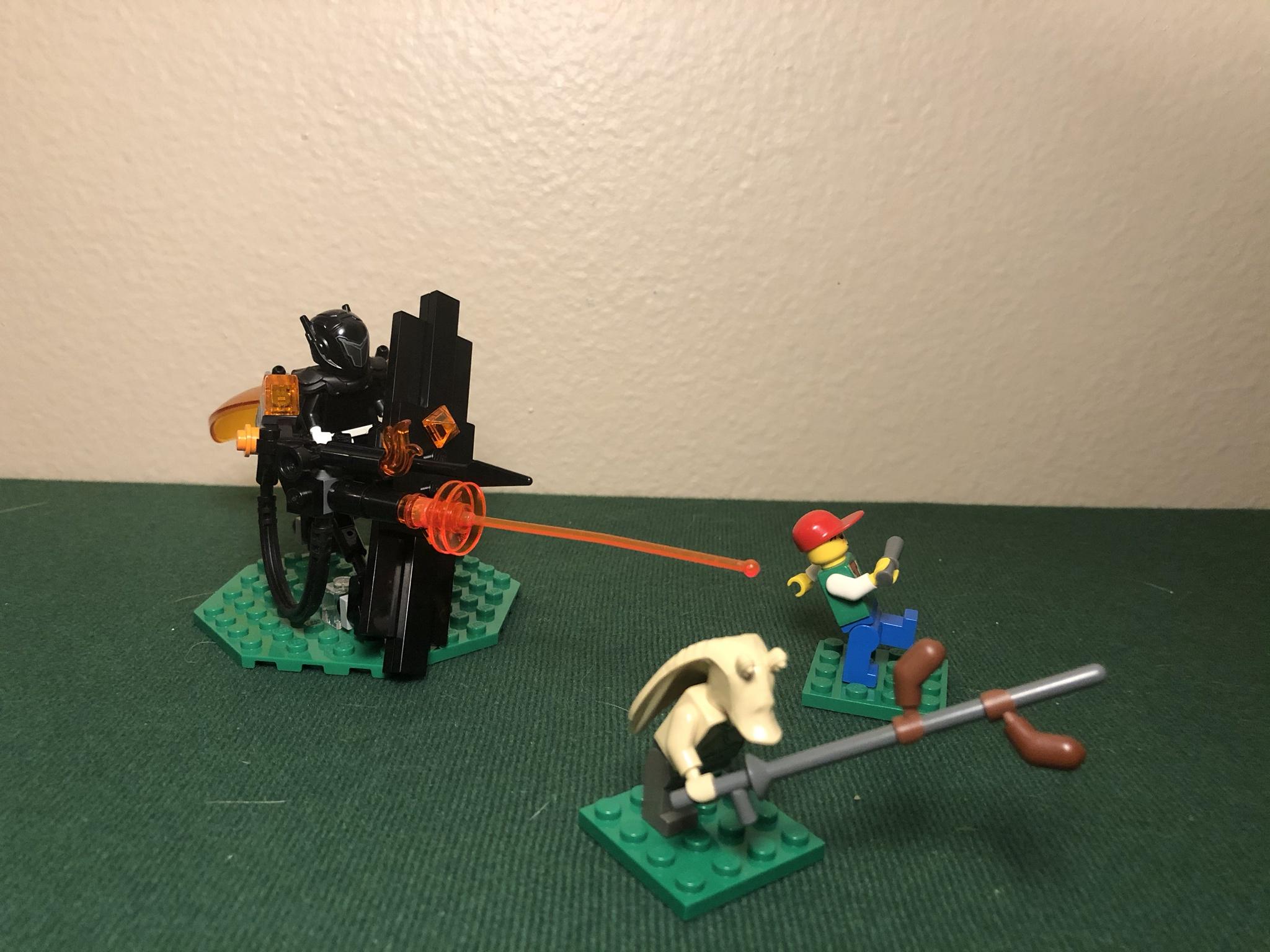 Even though its built for scouting missions, the Immortals never do anything half assed, and thus their scouting forces ought to be more deadly than most scouts. 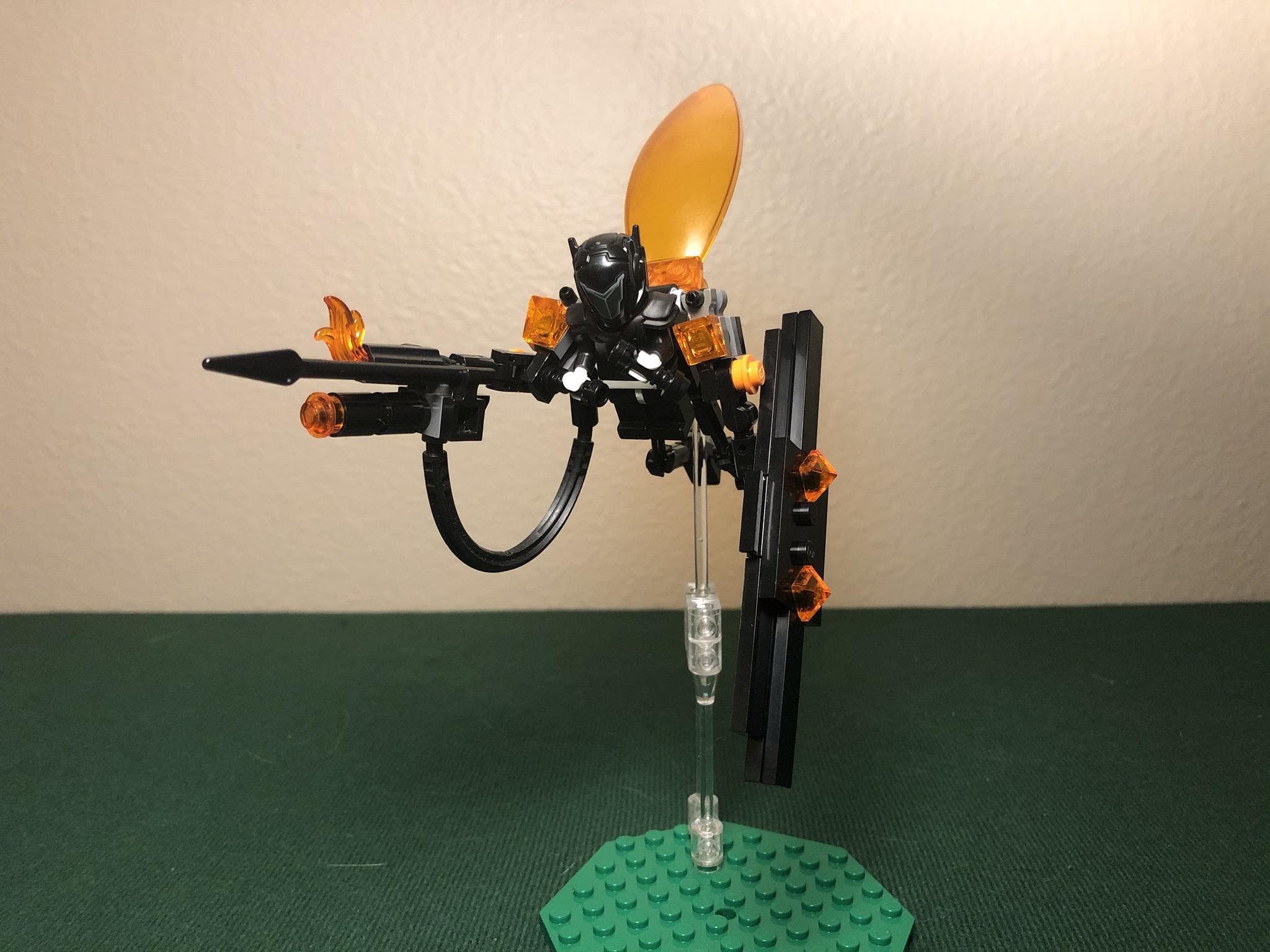 The suit in flight/mid leap 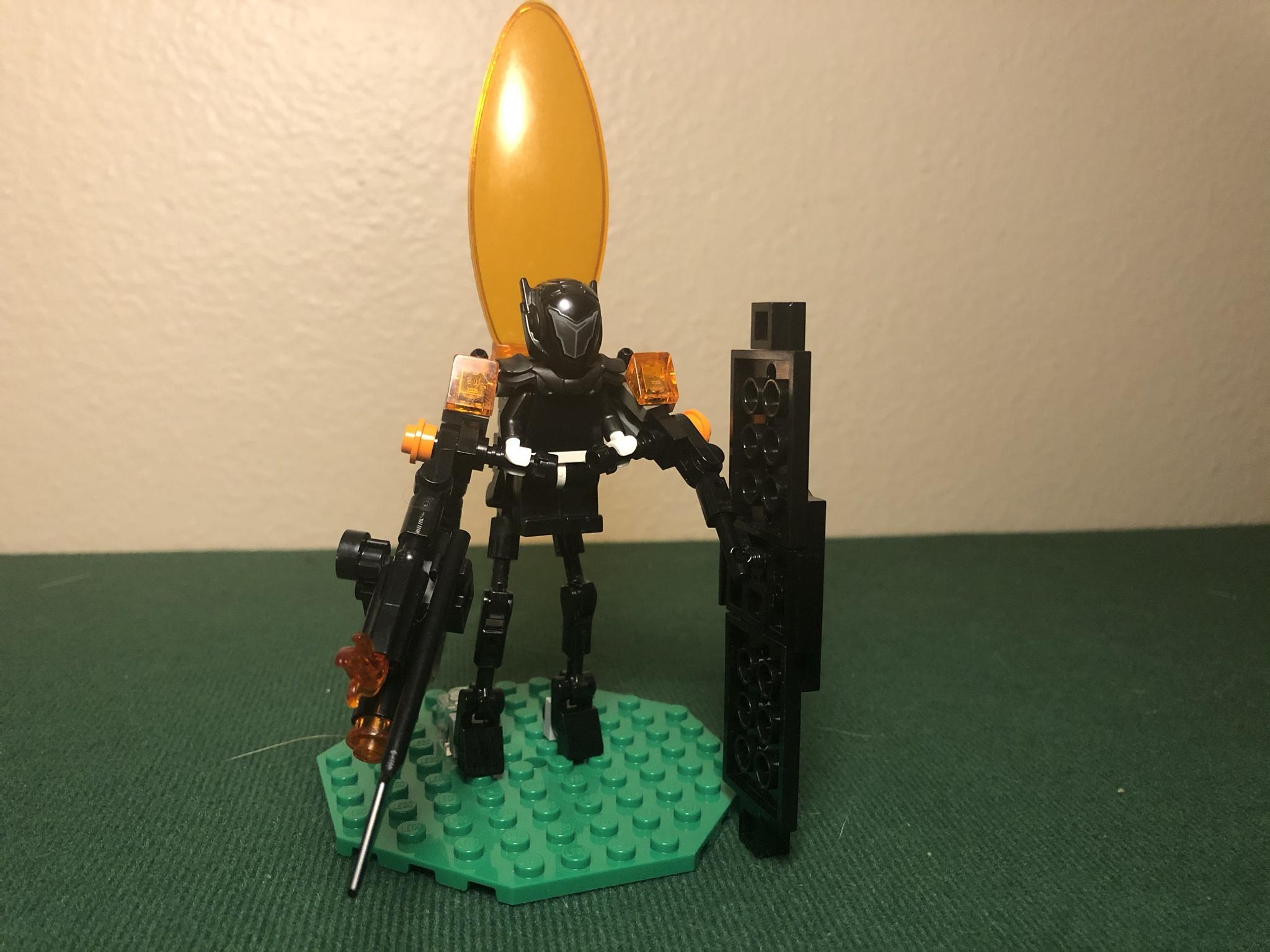 A better view of the complete suit. 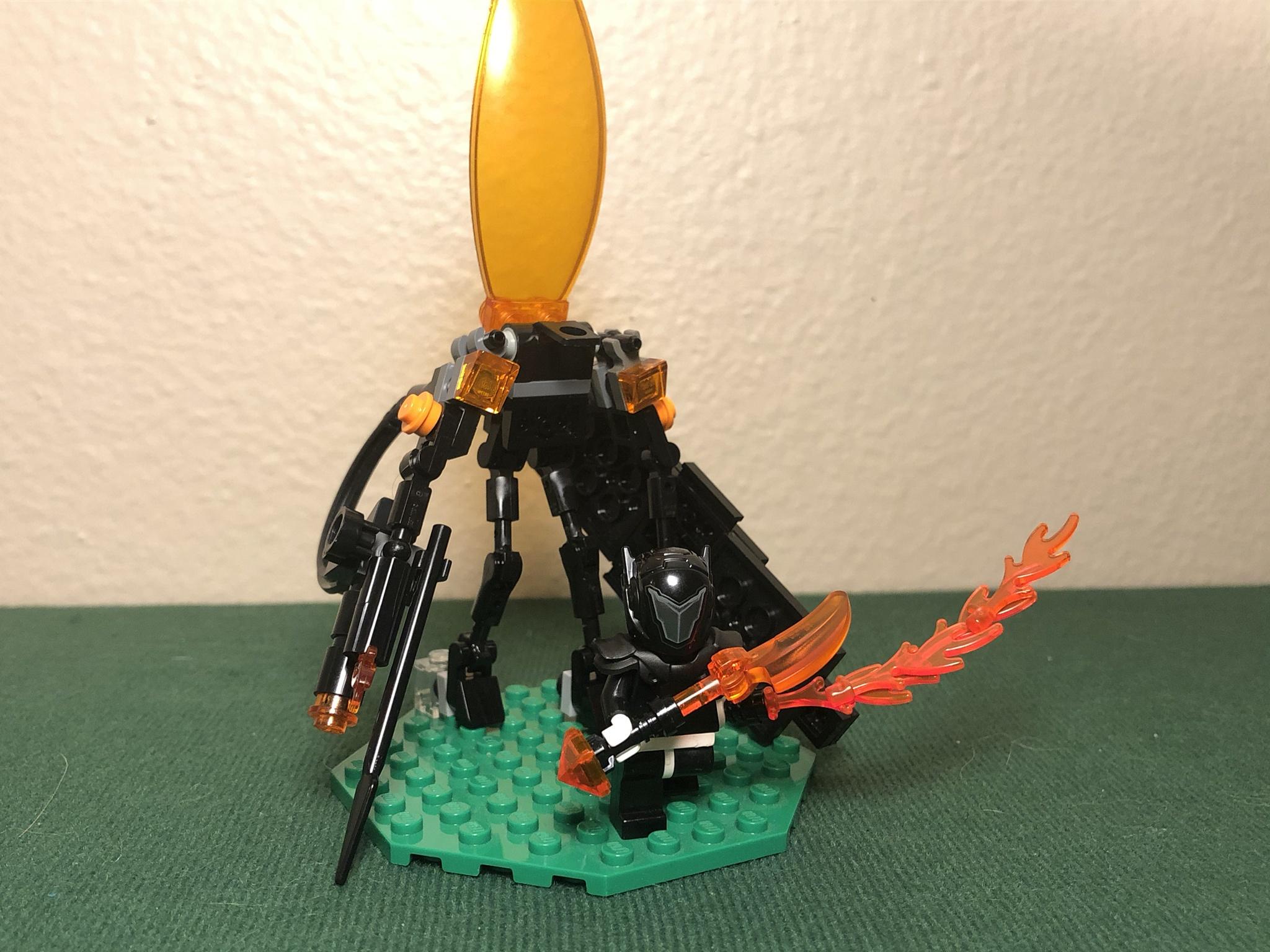 The pilot can also disengage to use a very limited remote pilot mechanism, or to utilize the built in OT blade and flametongue in the controls to fight hand-to hand. 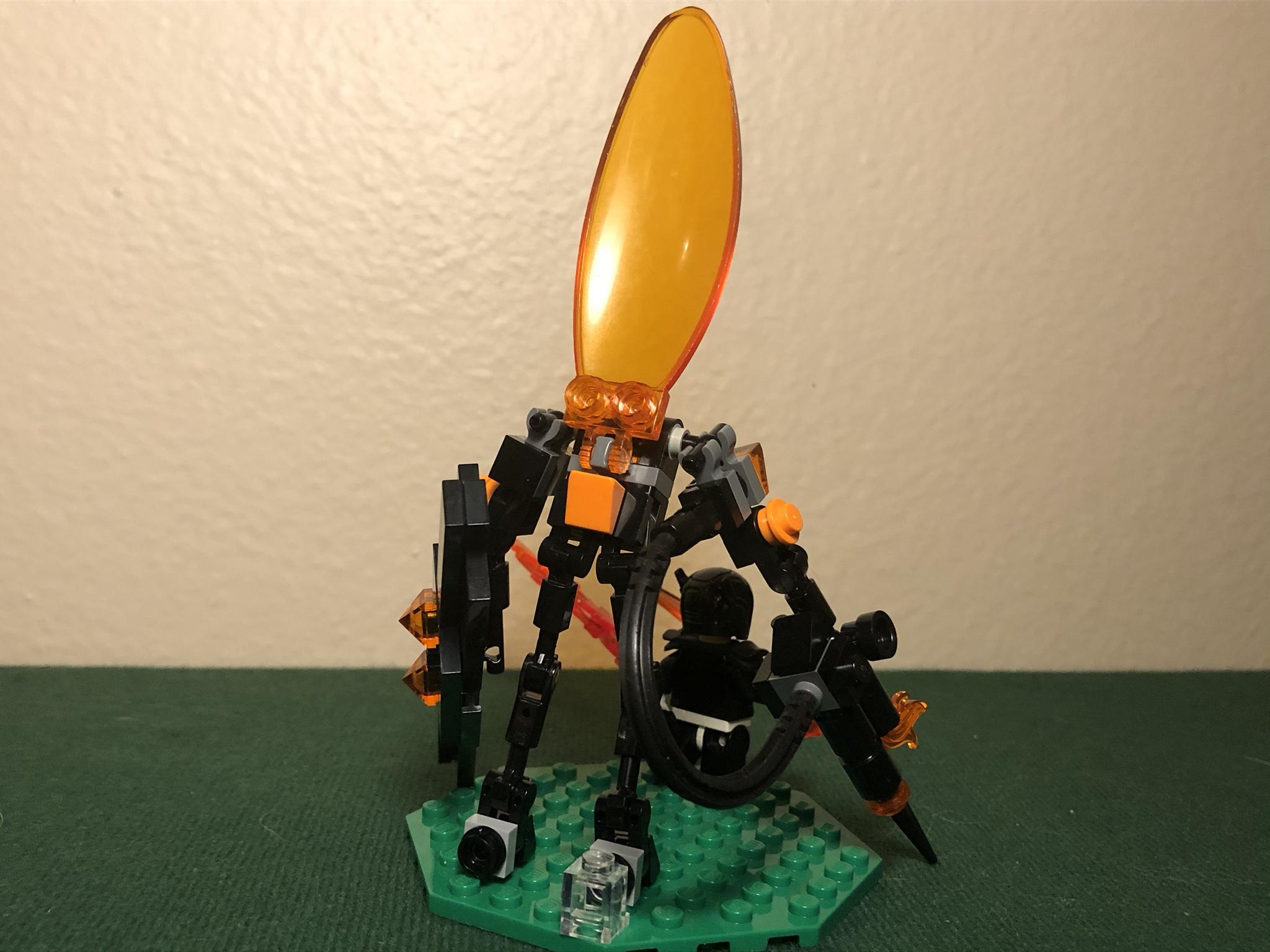 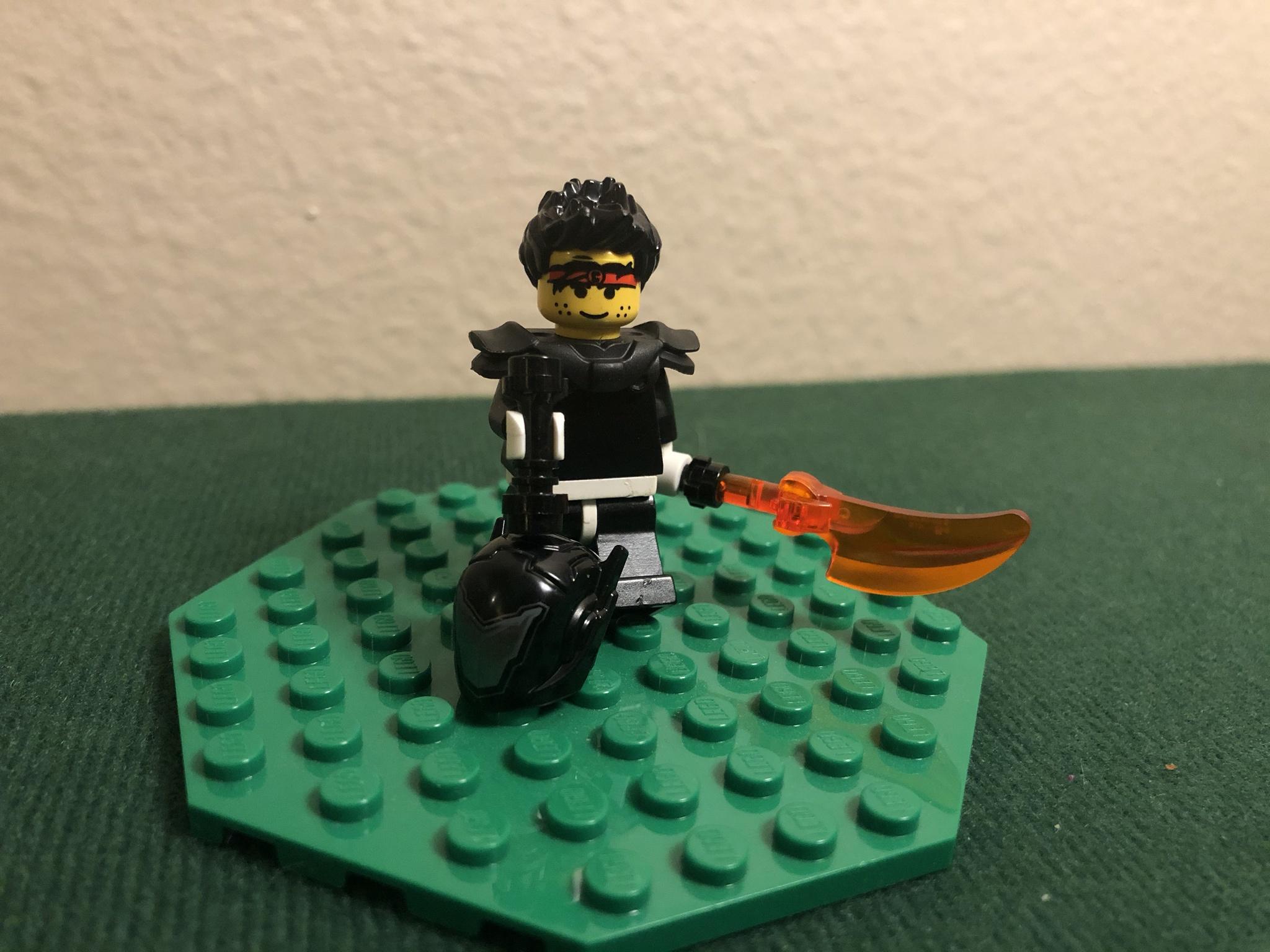 The Immortal scout pilot for the weapon. So far he's having a blast with it so the boys in R&D seem to think it's a keeper! 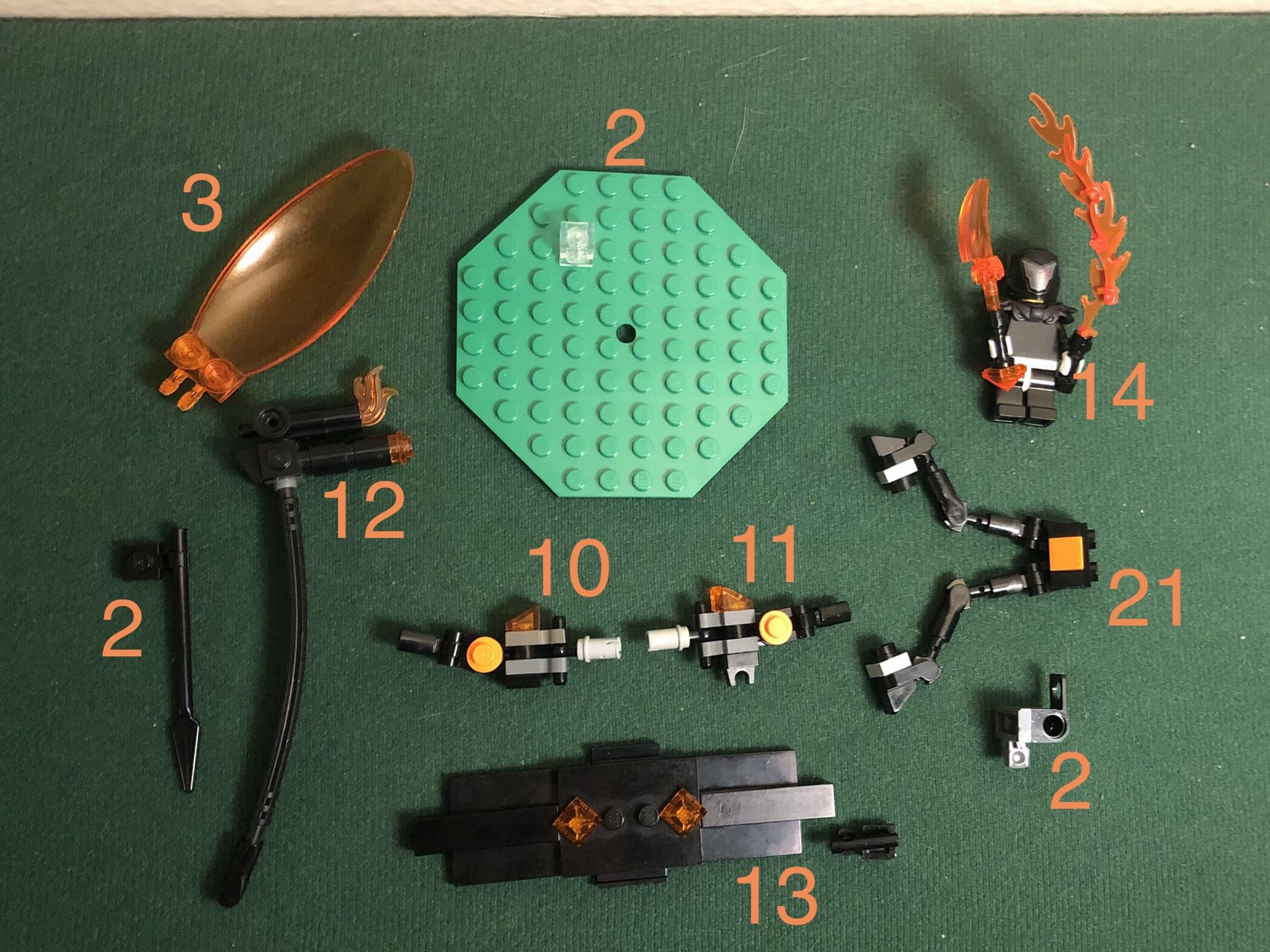 both builds are so fuckin cool though
Top

sahasrahla wrote: ↑
Fri Oct 02, 2020 9:02 am
so this might throw you over the parts limit but i think the locust suit would be massively improved if you added a second ot visor on the back and positioned them like actual locust wings

both builds are so fuckin cool though

You are not wrong, honestly that was my plan but I can’t find the other OT windscreen in my collection so I’ll have to make that a long term plan once I can order another one.

BREECHA LEEZRD
Style: 8.
Substance: 8. A shockingly realistic build for Brootalz stuff.
Photography: 8. Some fluff that might've been good to clean up first. Some shadowing.
Story: 10. There are dinosaurs, story is automatically a 10 from me. I am totally not the easiest judge to pander to ever. If I could give more than 10 I would.
Total: 24 (34 tiebreaker)

Always a fan of armed dinos.

Could have used a bit more meat on the legs imo, otherwise very cool.

Breecha Leezrd
Style: 10
Substance: 9
Photography: 8
Story: 10
This is such a unique build that fits Da Brootalz so well. Dinosaur cavalry is definitely something I'd love to see more in the Brootalz


Immortal Locust Mobility Suit
Style: 10
Substance: 8
Photography: 8
Story: 10
Excellent fun build. It definitely stands out from the rest of the immortal vehicles, but still keeps in with the style. I may have to make one of these for my own forces
Soaps and Armoury posts