After the battle of the konvergence the d20 realized that even in great battles like that, it was very very rarely used. This displeased the d20. So in order to gain revenge it has set out on its own quest to conquer the brikverse. And so came the 20 sided mech, the dice's personal weapon. 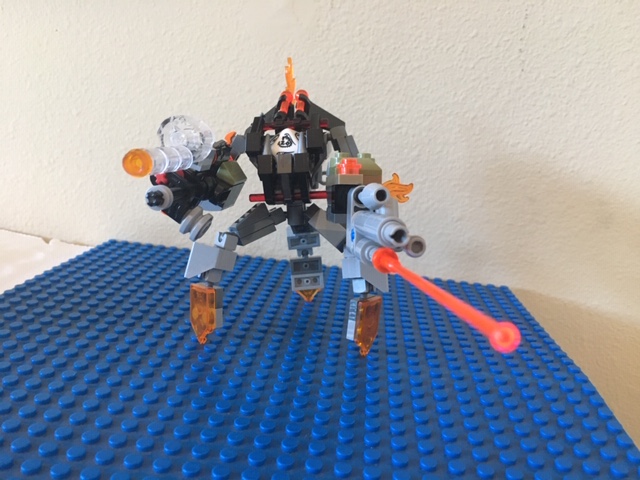 This mech was made so the dice could go to war himself. He looks for factions to join him while he makes his dice cult. But while negotiations are sometimes nice, war is better. 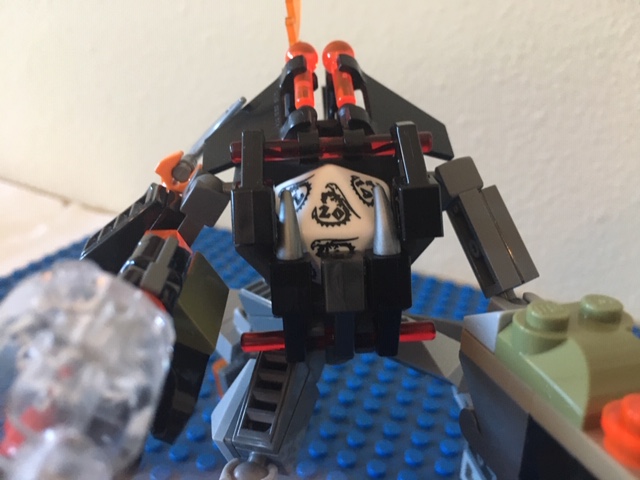 This mech is armed to the teeth, literally. The teeth count as one inch melee weapons. 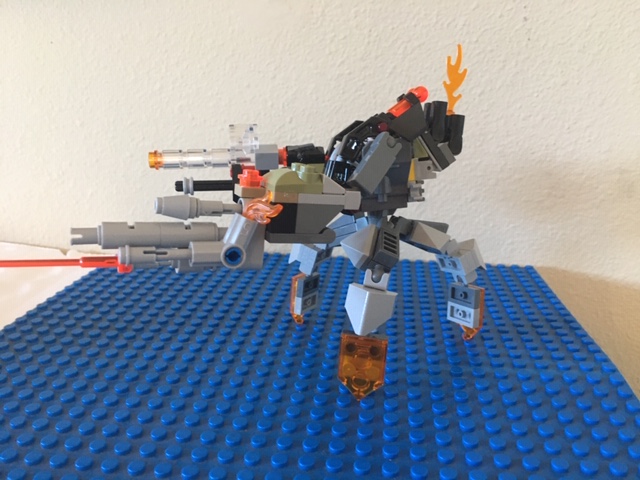 On its left armit has a 4 inch cannon surrounded by three two inch guns. 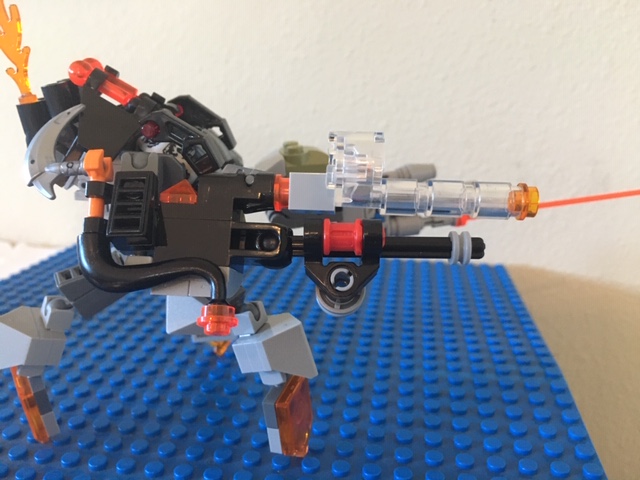 On its right arm it has a 3 inch machine gun on bottom as well as a 2 inch grenade launcher on top. It also has a tentacle to reload and hold onto ammo for the launcher. 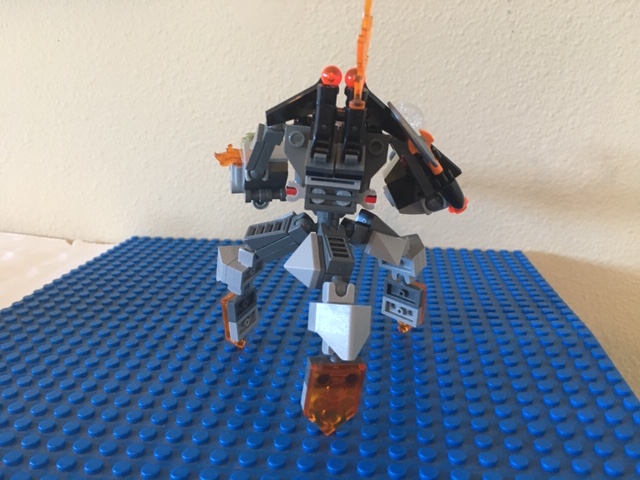 On the back it has 4 one inch rocket launcher with the ammo being stored above. Each leg also counts as a 3 inch melee weapon. The whole 3 inch torso can also spin a full 360 degrees. This also counts as a hero.
Top

Awesome job, love the irregularly shaped chassis. Does it even have the size for all those weapons? Probably not. Does anyone even care? Probably not. Can't wait to see the further adventures of d20, cuz that's

It would be fun to give the mech a special ability that requires the die to get out and roll himself.