The United Minifig's Coalition of Free Workers is a faction spawned from the chaos of Ragnablok. Fed up with rebuilding their cities over and over, only for them to be destroyed once again, the city workers have united under the belief that only they should be able to wantonly destroy cities. In a mad race against the Brootalz, Immortals, and other powers of the Brikiverse, they are on a crusade to deny anyone else the possibility of the carnage they used to loathe. 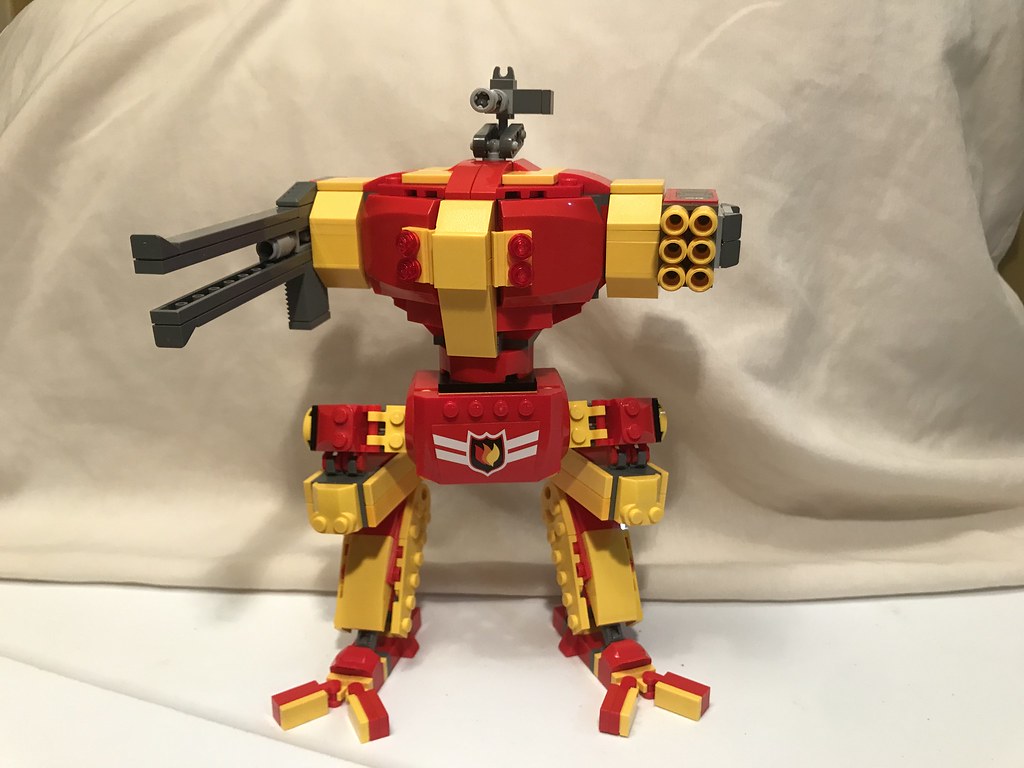 Perfect for urban environments, the Hammerhead walker sports a railgun, missile pod, and top mounted chaingun. Its bright coloring reminds anyone who sees it of the UMCFW's goals: destruction at a breakneck pace. 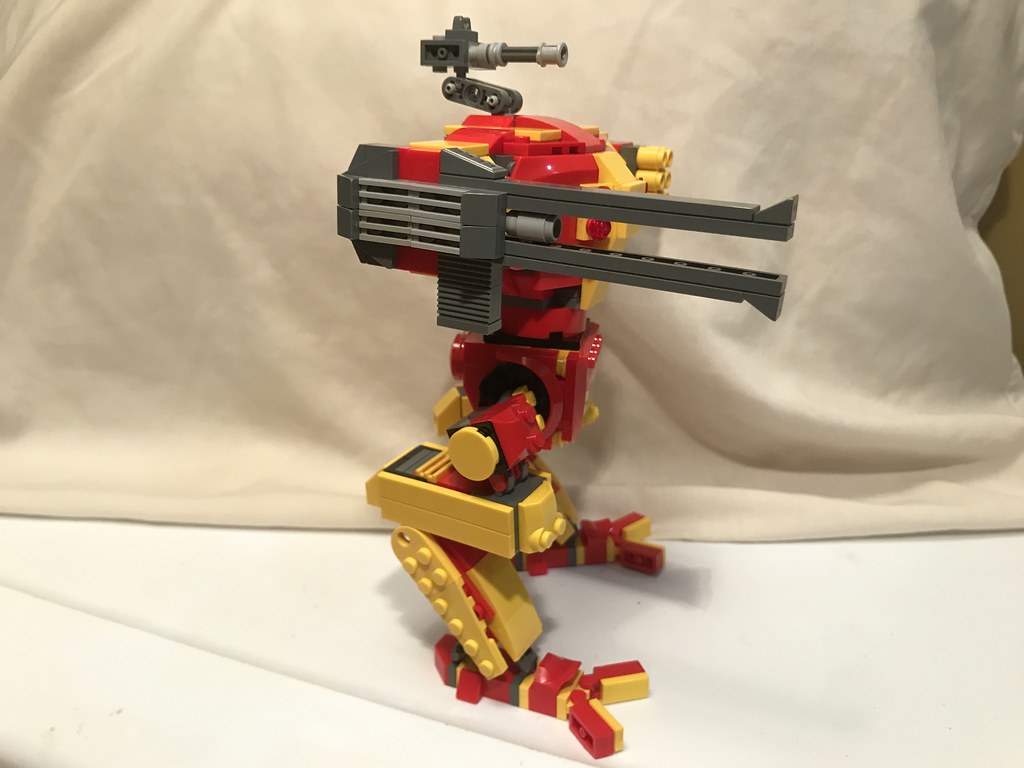 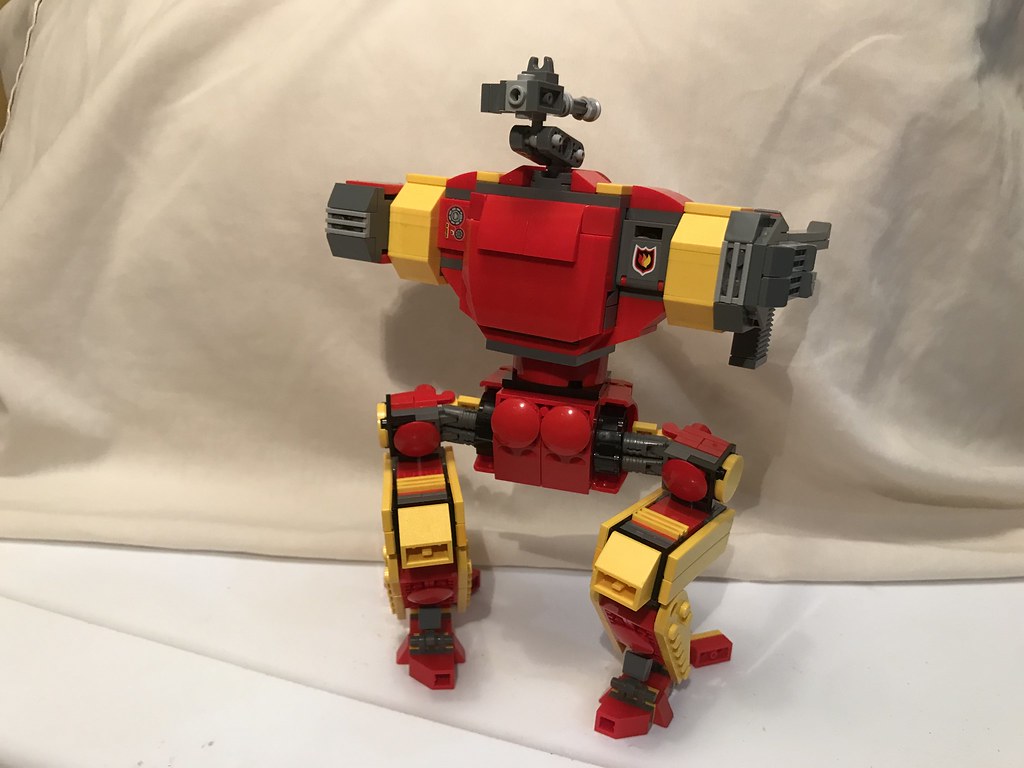 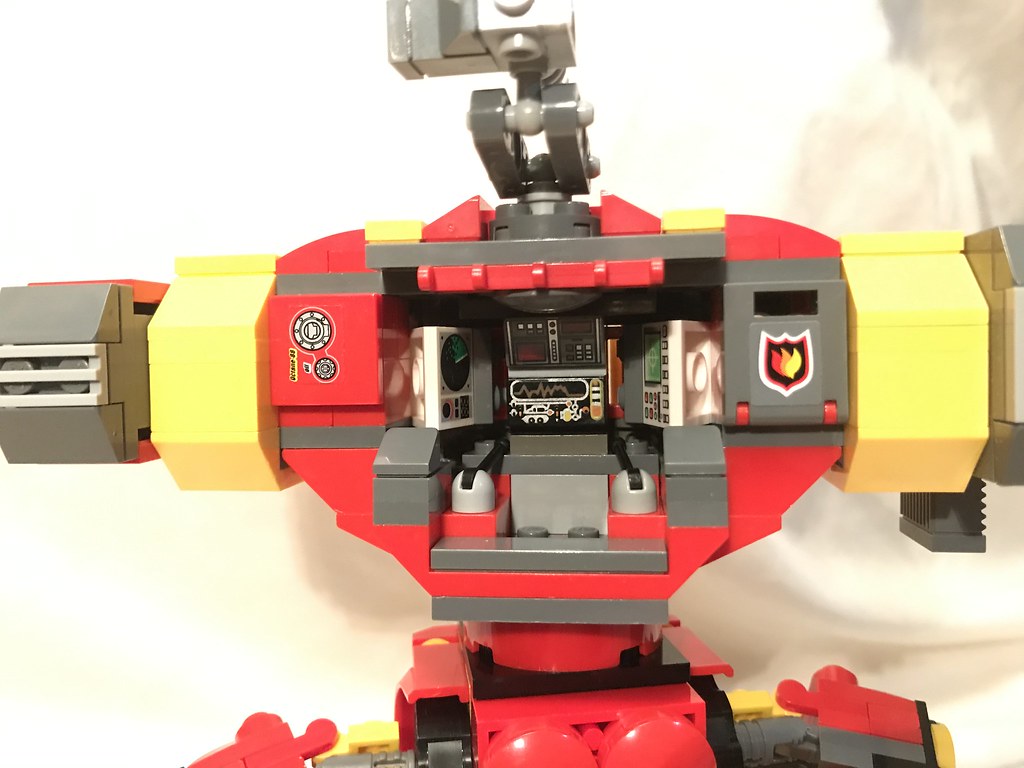 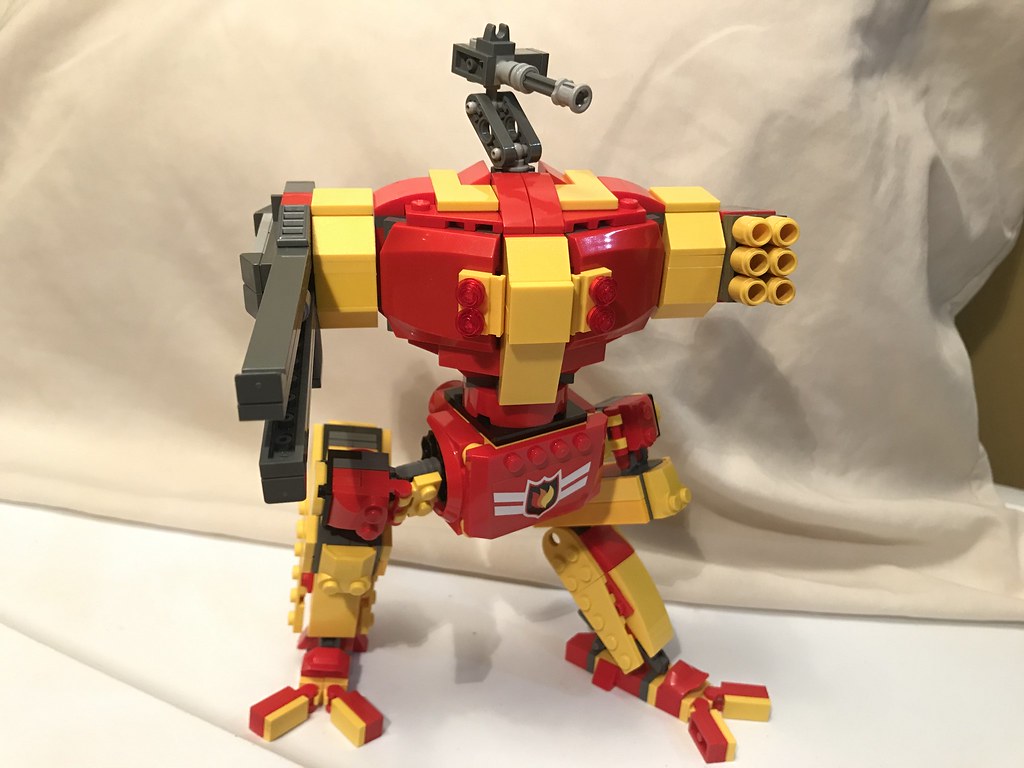 It's a bit top heavy, but otherwise pretty posable.

Officially they're known as Hammerhead Walkers, soldiers fondly refer to them as stumpies.

Style -9- Very unusual mech design, the forms have been pushed into something kind of alien. Color choices are consistent.
Substance -9- It's quite sturdy and clean, would look good on a battlefield.
Photography -8- Generally quite clean, only complaint is the wrinkly sheet. I think it would benefit from a nice worm's eye view though
Boast -9- dat ass

Substance - 9
Color scheme is consitent but color blocking with it could be refined. Maybe add some green for the relish to the ketchup and mustard

Photography - 8.5
legible photos, but a light box would elevate for sure.

Style - 8
Great shaping - my only nitpicks are the rail gun looks a little boxy and the toes a bit out of place.

Substance - 8
The color scheme, while faction related, is a bit in your face. Could stand to be toned down a bit with more light grey. This may just be a personal preference.

Photography - 7
Photos are good but could use a bit more brightness/even lighting.

Boast, Tie-Breaker Category - 8
It has a butt.

Overall Score - 23 + 8 tiebreaker
Very cool mech and would build something like this in an alternate color scheme for sure.
Top
Post Reply
8 posts • Page 1 of 1