Ok, I'll admit I was just scrolling at first (sorry) and then I saw the missile pods and stopped, went back and paid proper attention. Whoa! I'm drooling at these even if they are just LLD. Nice work.

Heh, if its one thing I like to do - Its guns and missile launchers! Missile launchers especially - As I love basing them off of older missile designs - or in some cases, even torpedo launch tubes! 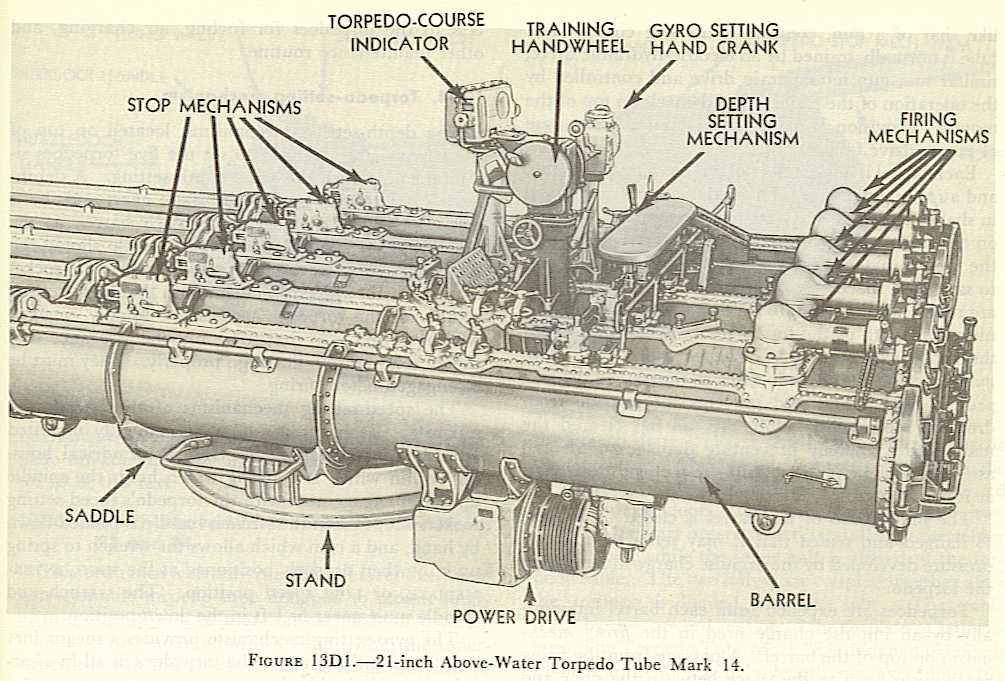 Granted - something like that would have to be huge and have a massive amount of greebling - but something that looks fairly similar in lego form (IE - my launchers) look both functional and ossum at the same time - which is the whole idea of missiles to me! The guns on the Carnivore aren't missile launchers, but do look like a missile rack - the general idea was to take the front machine guns of the heavy raider and take the idea up to the next level - each one of those lasers are rapid fire - and when you have 6 on a single mount (and another mount capable of tracking its own targets) you get something capable of laying down punishing suppression fire - 12 rapid fire lasers would pound a squad of troopers into sloppy red mush - and would make most vehicles think twice about their day.

Thanks for the C&C guys! Most appreciated!

The Scythian navy - rather than keeping multiple space fighters for separate roles (IE - fighter, bomber, interceptor) set out over 75 years ago to design a hybrid fighter for use as a pure space fighter capable of filling the roles of all three craft. This craft would have to be as nimble and manoeuvrable as a fighter, while having the engagement speed and anti-fighter firepower of an interceptor - and the anti-capitol ship firepower of a bomber in one package that could be mass produced and easily used by the Scythian Navy.

Designed from the ground up around an 8 barrel multi-laser system - it can shred most other fighters within a few salvos - and it carries 4 anti-capitol ship nuclear missiles under its wings to deal with craft up to battleship tonnage with almost terrifying ability.

The Katana and the Carnivore along side one another for size/scale comparison - more to come later.
-- WARNINK -- LINK BELOW IZ KNOWN TO CAUZE HEMMORAGE --

As part of a new prototype program for a rapid orbital assault vehicle - the Bassilisk is still undergoing its prototype phase of testing, and is capable of landing 4 men teams of Scythian troops into a battlezone where air control is out of Scythian hands.

As of yet - the Bassilisk is still undergoing its testing phase, and has not been certified for combat use.
-- WARNINK -- LINK BELOW IZ KNOWN TO CAUZE HEMMORAGE --

Designed with four multi-opposable legs to give the Cavalier a steady base on any terrain - it is armed with four railguns armed with flachette style rounds capable of shredding enemy aircraft.

As an infantry portable weapon system, the Cavalier is a little ungainly - it is however extremely effective at shredding enemy aircraft, but completely unable to attack any other targets.
-- WARNINK -- LINK BELOW IZ KNOWN TO CAUZE HEMMORAGE --

As good as these are looking i ask myself, what's the point? You cannot play with them.
If you're not into Metal you are not my friend!
Top

Apollyon wrote:As good as these are looking I ask myself, what's the point? You cannot play with them.

For I currently lack the monies to build such awesome things - however, this will eventually change. With every model I build I put a list of parts together for it - and as LDD pricing goes compared to pick a brick, for every 1 model I build in LDD - I can afford 2 in parts.

Also, have you ever tried to play with actual lego in a university laundry room? You'd have idiots laughing at you five minutes - loose half your parts in 10, and then have someone steal the other half within 15 . . . so it keeps me amused for the 2 hours at a time I have to spend with the laundry - and I get to build something ossum too!

The Shadowscythe wrote:so it keeps me amused for the 2 hours at a time I have to spend with the laundry

That is a valid point of course. I am spending hours on this forum for amusement as well even though i could do more productive things...

Still, 99% of LDD models never get built i guess.
If you're not into Metal you are not my friend!
Top

Designed from the ground up as an arial support platform for the Carnivore drop ship, the Manticore is a high-speed weapons platform with VTOL capabilities. It is armed with two pintle mounted laser cannons for infantry use - and a single pilot. The Manticore can also carry four fully armed minifigs as a fast insertion vehicle alongside Carnivore drop ships in battle.

An unknown colour scheme model of the Manticore - its current operator is unknown. More details are required from the Scythian Office Of Naval Intelligence (S.O.O.N.I)

I like the manticore, Need to build something like that when I have the time
probably because of the 'nam movies I've been watching, and avatar of course
- I refuse to be stopped by something as irrelevant as logic, the laws of physics, or common sense -

Ranger S2H wrote:I like the manticore, Need to build something like that when I have the time
probably because of the 'nam movies I've been watching, and avatar of course

Heh - 'Namerific! The basis of the Manticore was from the good 'ole Huey - its quick, light - and packs a bite - while the Carnivore is your Black Hawk, I can't remember if Black Hawks were around in 'Nam - but thats the comparison in any case.
-- WARNINK -- LINK BELOW IZ KNOWN TO CAUZE HEMMORAGE --

The savager is one of a new line of miniature capitol class ships, one that does not require long range capabilities for a long-term operation, and while equipped with jump drives for assault capacity - the vessel is limited to 14 hour operation runs.

Equipped with a powerful high-speed engines for combat and interception capability, and extremely thick titanium armour, the Savager acts as a mobile platform for its weapon systems - a Quad-Barrelled Super-Laser that can rip through the armour of ships several times it's own size, and 6 Turret mounted High-powered Laser cannons with rapid fire capacity that are more than capable of ripping into fighters, bombers and other capitol ships alike.

The ship has two levels - the top level devoted entirely to weapon control and targeting computers (of which there are 4 onboard, 3 on the top floor)

(Cut away of weapon controls, and targeting computers)

(Cut away of the Quad-Cannon control boards, lots of computers!)

(Cut away with a weapon control panel, a targeting computer - and the stairs to the lower levels)

(Cut away of the lower level, including the engines/power cores - and yes, the greebles are on both sides)

(The airlock system - which is meant for ground, or stardock landings only)

(The inside of the lower level - including the airlock doors from the inside, the last targeting computer, and the beginnings of a bridge)

(The bridge, inside and out - A lot of work went into creating a decent LDD bridge - this is where the captain has control of the ship, lotsa buttons! =D and oh yeah - the turrets are fully turnable and posable too!)

It carry's a crew of 15 (One captain, Two Engineers, 6 Gunners, Two Officers to Man the Quad Cannon and Four Soldiers on guard duty onboard) for 14 hours operational time, before a crew change or down time is required. As part of a fleet, the Savager is used for patrol duties in Scythian space, or as an escort duties for larger vessels such as carriers, battleships or dreadnaughts, or as a light scout vessel - to jump far beyond the limits of Scythian space to scout on enemy positions.

EDIT - after counting - the Savager is 110 studs long, hopefully this classes it as a SHIP

Comments and criticism would be much appreciated!

After warhead posted up the micro-scale venus and britanian ships, he inspired me somewhat to change my style of micro-scale ships, altering their style and increasing their size to be more in "scale" with what I've seen others build - so without any more stalling for time . . .

Here it is ladies and gentlemen, the powerhouse of the modern Scythian fleet - The Monarch. Armed with 4 mounted quad-laser turrets - the Monarch can stand up in single combat with the dreadnought class vessels of other civilisations without breaking a sweat. It also comes equipped with upwards of 7 metres of Titanium armour complete with ablative, ballistic and kinetic gel layers throughout to disperse laser blasts, halt explosive blasts and absorb the massive kinetic energy of nuclear weaponry. It also comes equipped with shields as standard.

It also comes equipped with dozens of smaller laser cannons along its hull for anti fighter/bomber/boarding craft/missiles - or they can be turned on small craft with devastating effective.

The Monarch can concentrate its fire along 4 "Kill zones" which are directly above/below and to the sides of the vessel - which can be devastating to any vessels unprepared for such a massive amount of concentrated fire.

A new, micro scale version of the "Savager" pictured above - to set the Monarch to scale . . . I had much fun making these for this micro-fleet.

As always, Comments and criticism is much appreciated!

These are really well done and should be fairly inexpensive to make (HINT! HINT!), especially when you consider the cost of a full scale ship, which are still fun to make but not cheap or easy to do.

I like your ideas for these ships, the battleships most of all, the nose is my favourite bit. The Escorts remind me of Necron Warbarques but beleive me that's not a bad thing.

Now you need an enemy fleet to do battle with.