This is the entirety of the Assyrian forces I have. There are a few guys who you might ask, "where are they?" but they aren't here because I don't have names, stats, a back-story, or a place for them to fit in, so just consider anything not here as in-development and not ready for release. 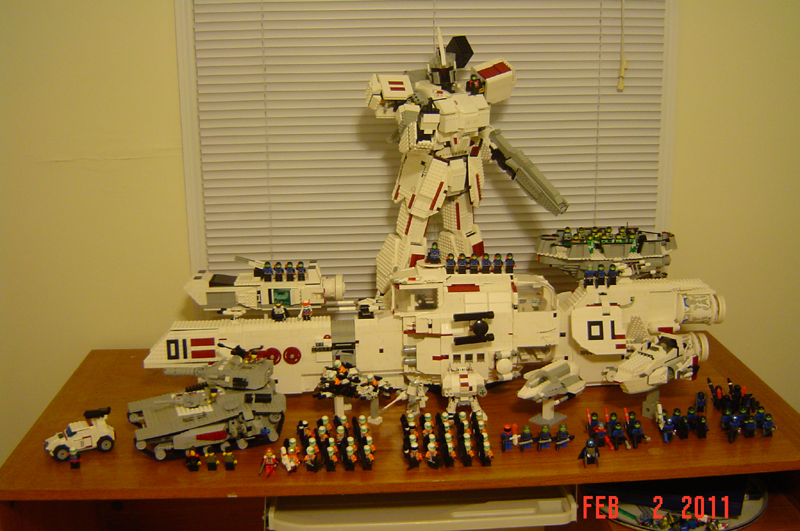 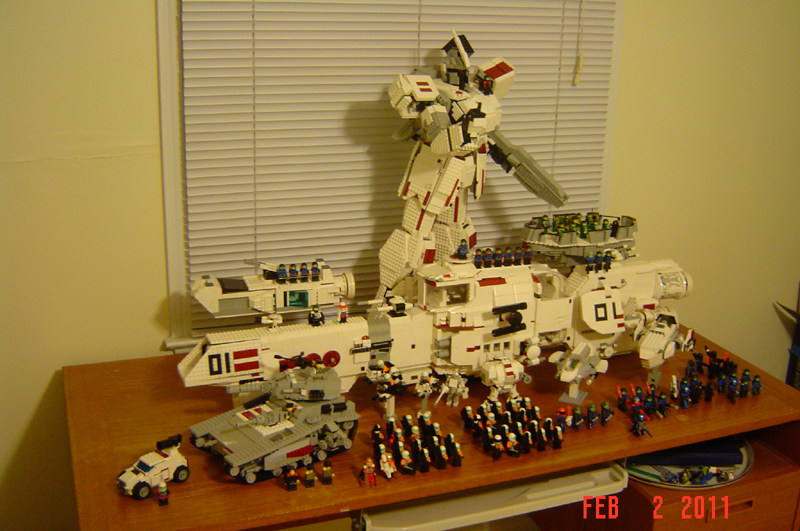 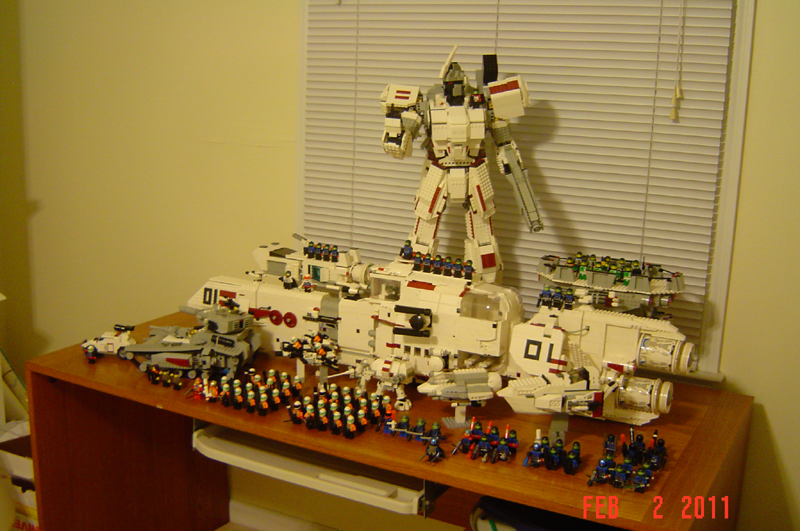 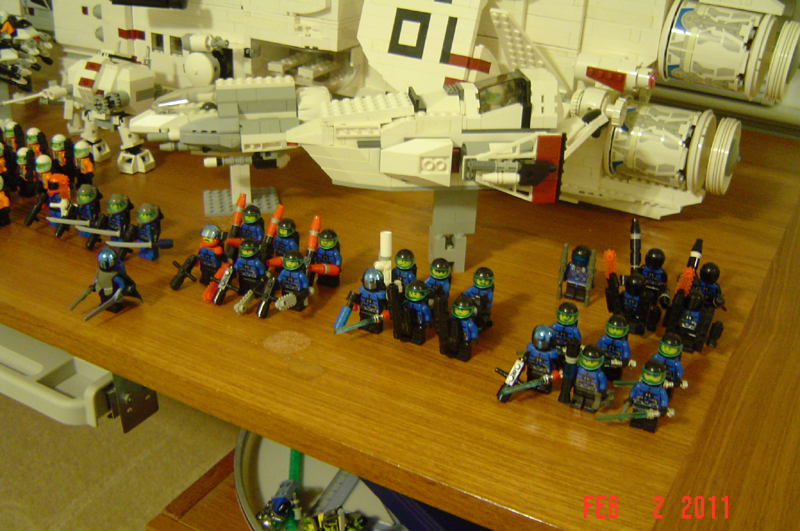 Okay so this section is the Commando Division. They include the assassin robots in the back right. On the left is the Star Commandos. Note that there are no lieutenants here. The lowest ranked officers for the Commandos are the Commanders with the blue epaulettes. Their hero and leader is Regulus in front with the armour. 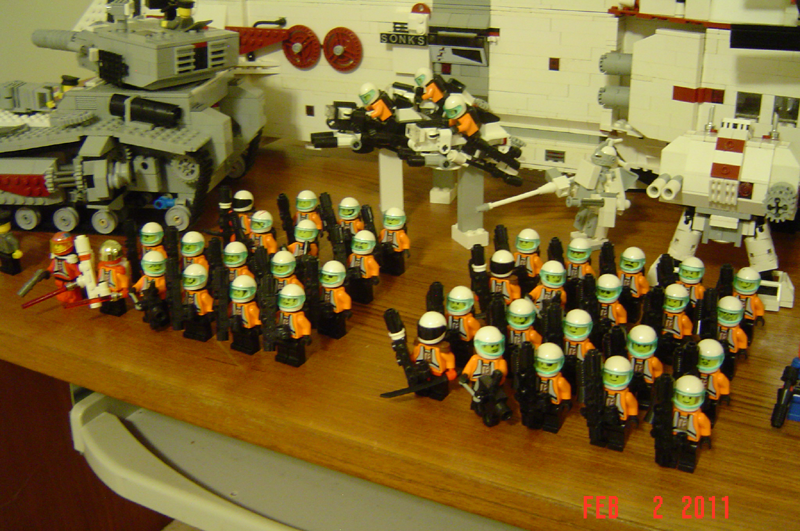 Everyone's favourite, these orange guys are the Assyrian Regulars. They fall under the Assyrian Ground Forces which includes the Dreadnought, White Knight, and the Vesta Death Bikes. Major Smith is their hero, he is in the red at the far left. 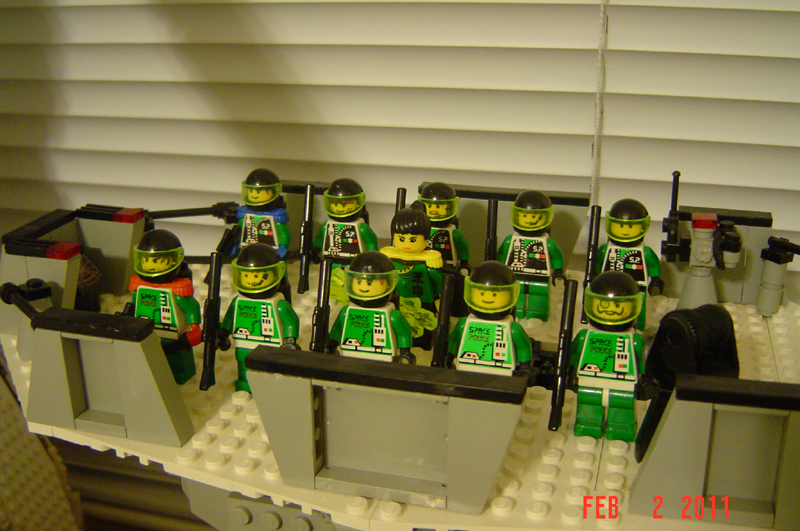 Surrounded by her bodyguard, we have Empress Xangxuia. She was the adopted daughter of the emperor who unexpectedly died in a hovercar wreck in G.R. 2009. His death meant she ascended to the throne. 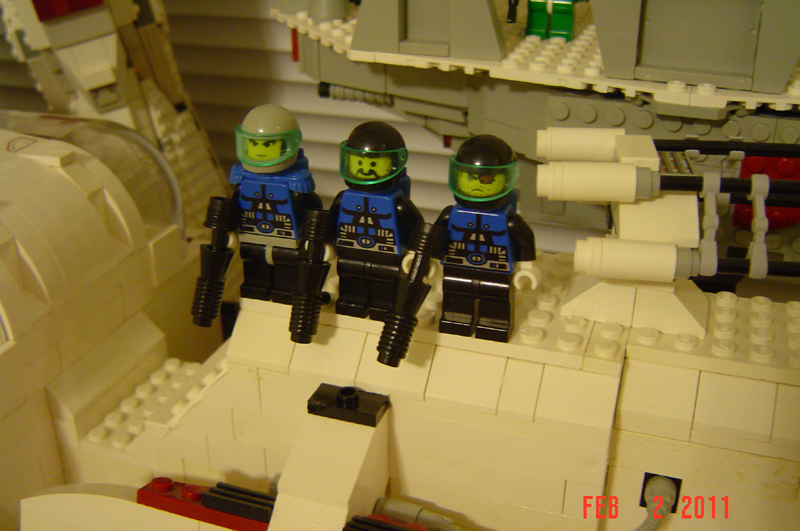 Now we get to the crew of the Venus Destroyer. These three guys are the Security Squad. They are there in-case an enemy boarding party gets on the ship. 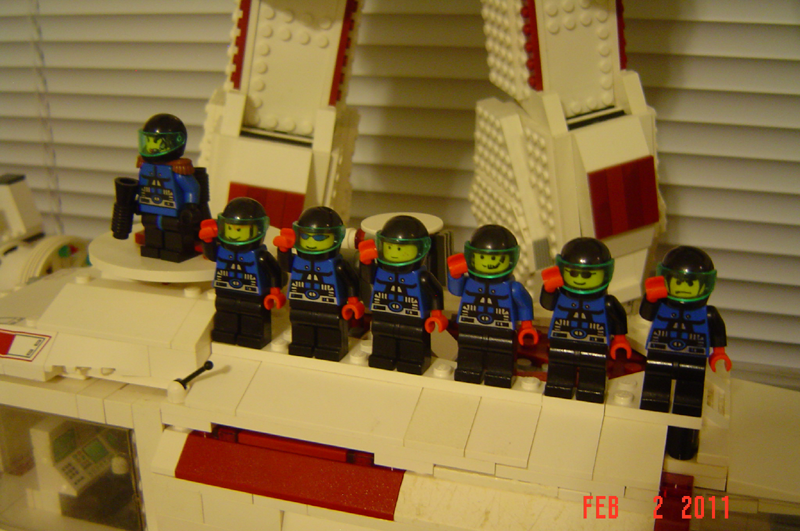 These are the crew. They all count as engineers.

And at the front is Major Natalya who commands the ship and the ship's medical officer. Behind them is the crew of the Mercury Light Torpedo Frigate. 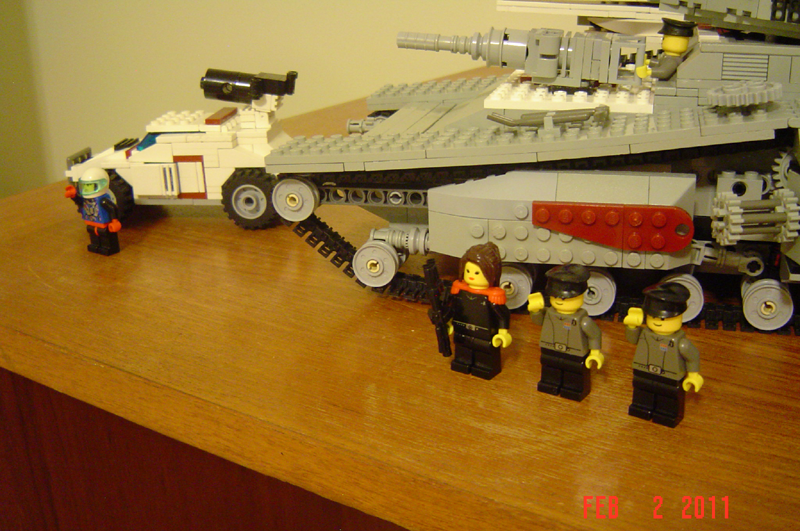 We finish off with the Assyrian Armoured Division. The three on the right are the tank crew for the Vanquisher. It also has two gunners who are sitting in their gunning positions at present. And to the far left is the armoured car driver. 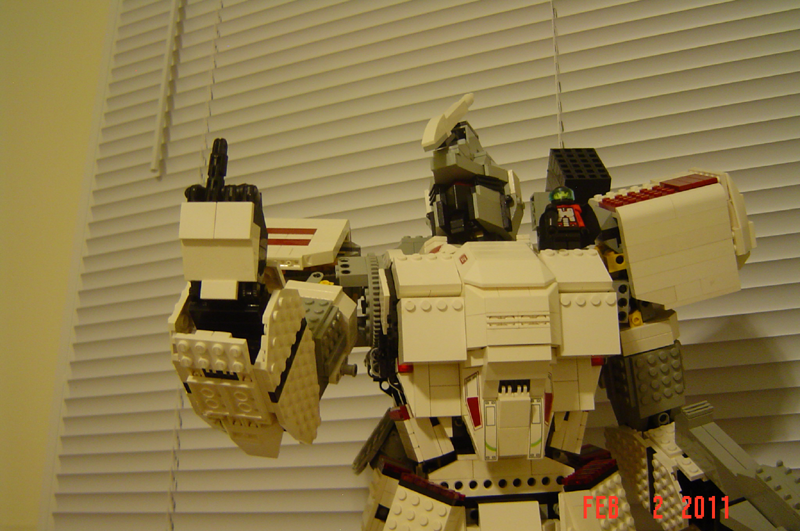 Don't mess with the ASE.

Everybody has been talking of an arms race due to the Immortal War lately but i don't think anyone here has an army that could take on yours. Not even Warhead with his vast legion of minifigs.

I am truly jealous of your armies concept, execution and size.
If you're not into Metal you are not my friend!
Top

Natalya. Why are you so great.
Top

We should have some kind of amazing BrikCon where we all bring our armies and stage an absolutely massive battle of Epic proportions.


Hmm, how will we be able to know after the carnage which parts belong to which players?


Colored tape on minfigs feet or something?

An epic demonstration of how a galactic empire army should be, simply astonishing! Like always, great work Nat! This is total eye candy *nomnomnom*

and I love the ASE great work
Top

Nothing says FU quite like a gargantuan armored core.
Top

I fixed up the Major's image.

Oh, I just noticed you added that missile pack on the back of the AC!
http://brikwars.wikispaces.com/
Top

RoC77 wrote:Oh, I just noticed you added that missile pack on the back of the AC!

It's a great design for a mecha, but it's too heavy. A small missile pack like that is the only thing I could manage to add without adding too much weight.

@Tzan:
Thanks that looks much better.

@Keldoclock:
Someone who lives in the middle of America, say Oklahoma City or Memphis Tennessee or maybe even Amarillo Texas (somewhere along I-40), ought to host some kind of Brik Wars get-together. That way no one could say "oh they're on the opposite side of the country from me" and everyone awesome would have to go.

Note that going would also automatically make you awesome.
▲
▲ ▲

Great group shots there. I still am in love with the AC. Such a wonderful build.

Not sure if you have an art program, but its really just 2 clicks.