Battle of the Eight Treasure Chests.

Battle of the Eight Treasure Chests.

First off this isn't a turn by turn but I'll do some explaining and hopefully it will make sense.

We had only about a two and half hour window for the game. Seven players in total. We played a modified "house rules" style of Brikwars which was still very Brikwarsy, just streamlined a lot. 34 points. I used my hero Comrade JAM(10) and 4 of my Heavy Infantry (6ea). Other people either had similar armies or more figs with less amour and blah blah blah.

We did this scenario were there were 8 treasure chests and only one contained treasure, the rest had explosives or nothing at all and no one knew which one had the treasure. Oddly enough, the second one opened was the one which had the treasure. So the killing started really early. Before the game we all designed a portal to appear from. During the game you could make a break for the portal with the treasure and if you made it you'd win. Last game they tried this scenario a 7 year old managed to space his figs out so he could do a relay with the chest and won the game. Didn't work like that this time though. 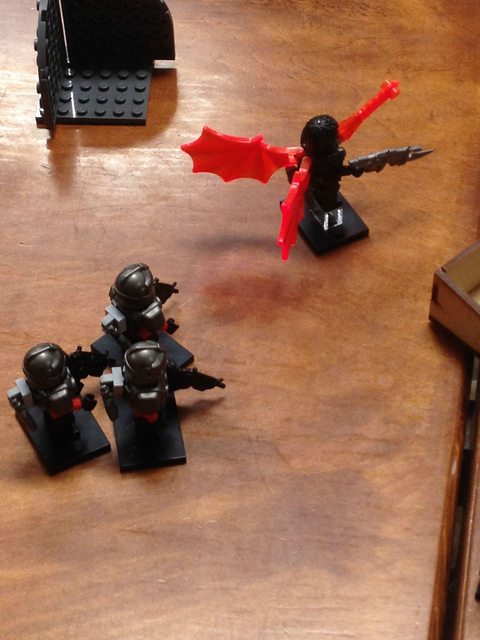 My dudes moving up the right side of the table. At this point I had already had a guy die on me. 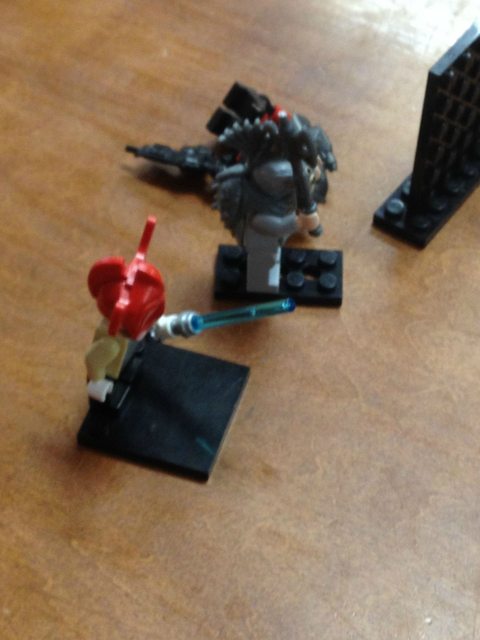 This guy was claiming to be allied with me but was in a flanking position so I keep moving up the side as the two other players beside me made for the middle of the map. 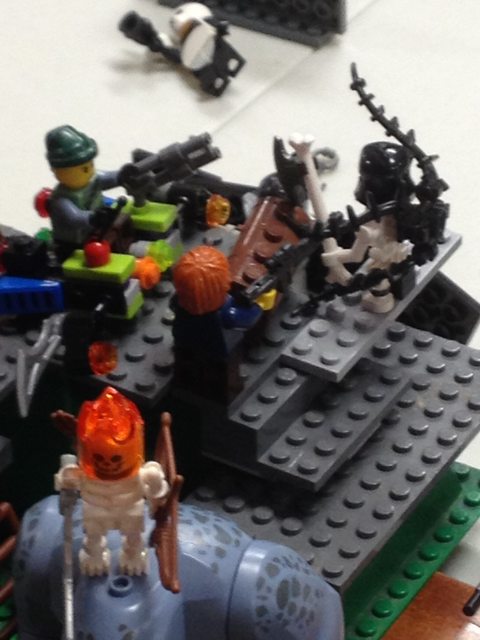 These are three heroes, all battling it out. I believe this lasted several turns as the rolls just weren't high enough for kills, but then with the eventual help of combined fire and some temporary alliances, the carnage continued. 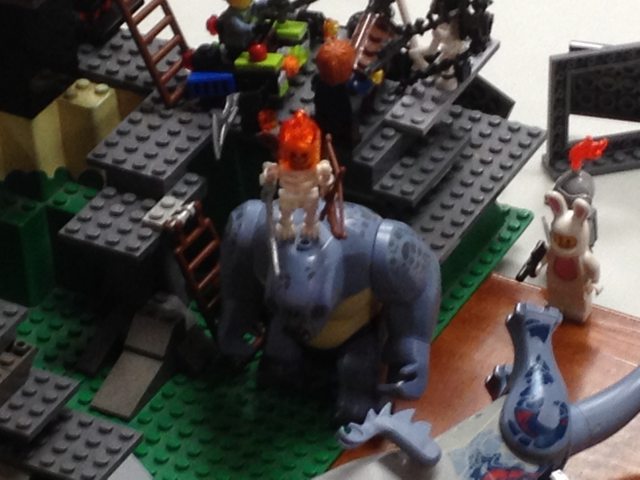 The flaming skull head guy was rad. And yes, he was riding that troll or whatever it is. He lasted a little while and went out in a blaze of glory. 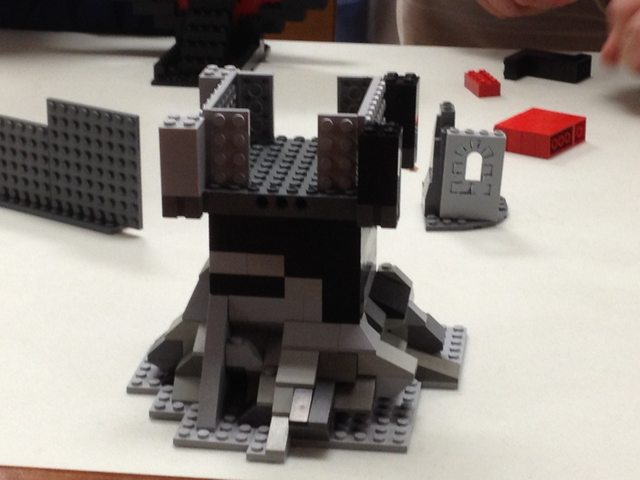 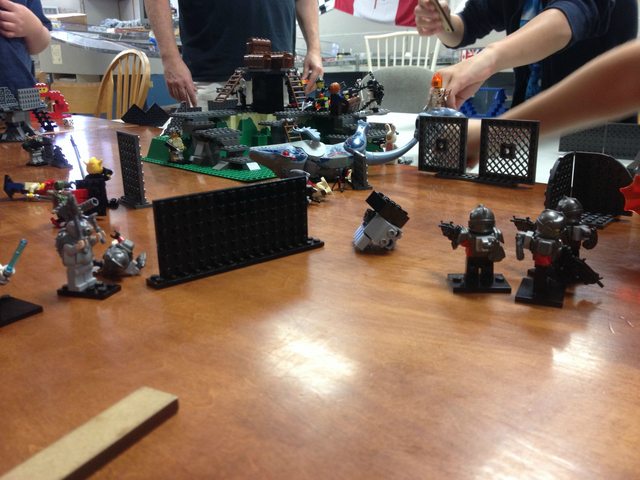 My dudes are making their way up the right some more. Sticking together. Protecting the hero. You can see the tip of his wing. 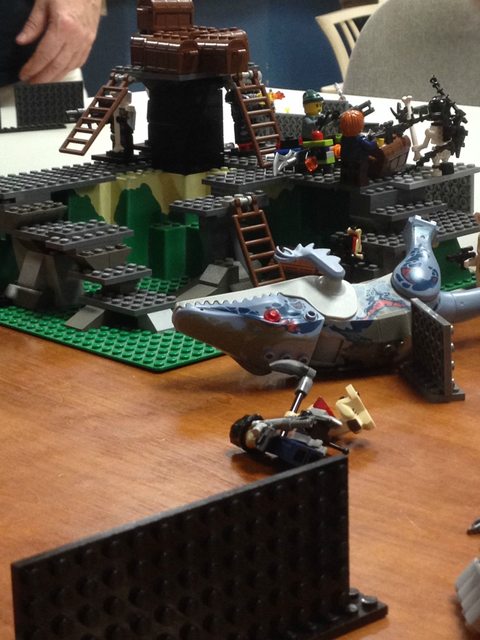 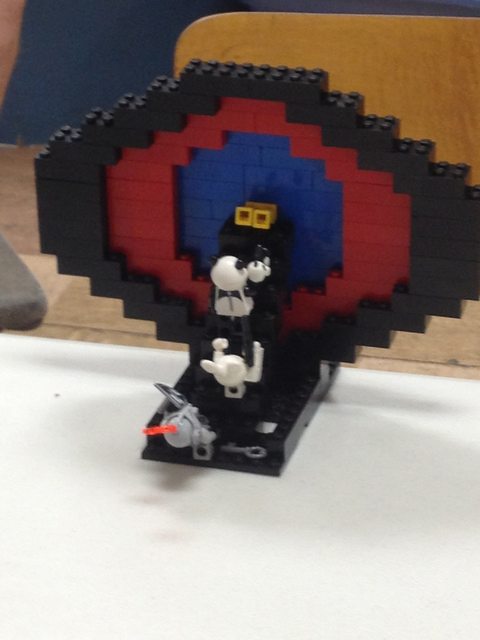 This player died so he posed his troops running away back to their portal. 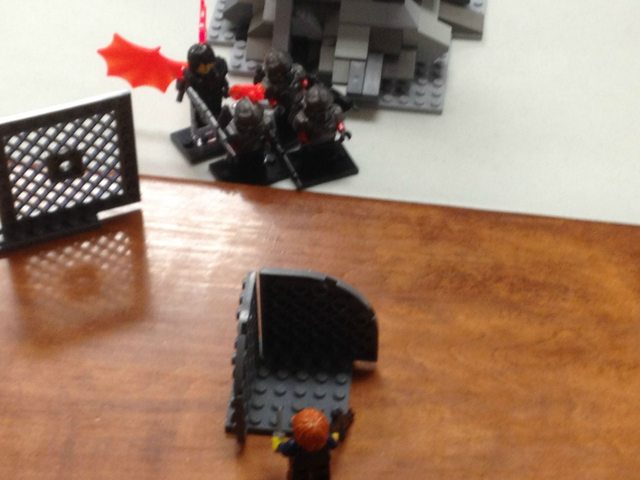 My dudes are turning to face the impending threat of the ginger hero. Who had respawned and was really mad at me for stabbing him in the back while he was up on the hill battling it out. 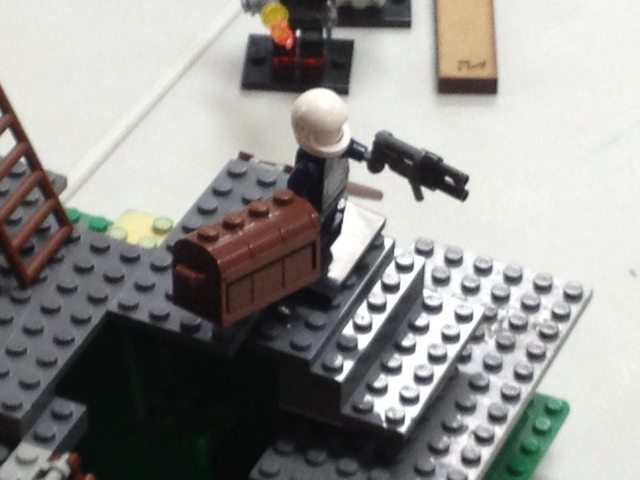 This schmuck grabbed the treasure after those three heroes that were fighting up there all died. 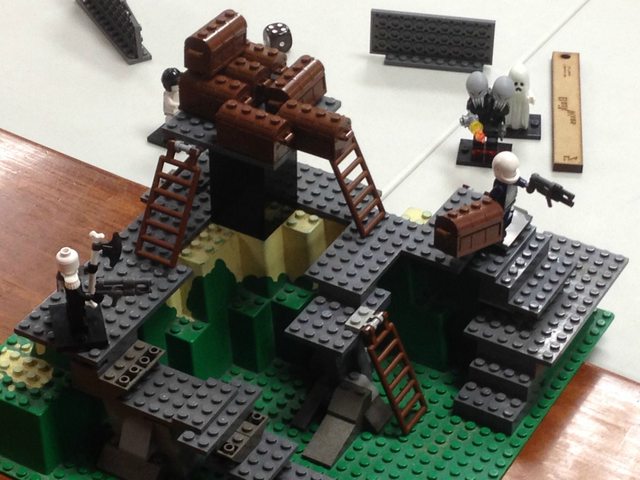 Everyone pictured was on his side so he had good support... 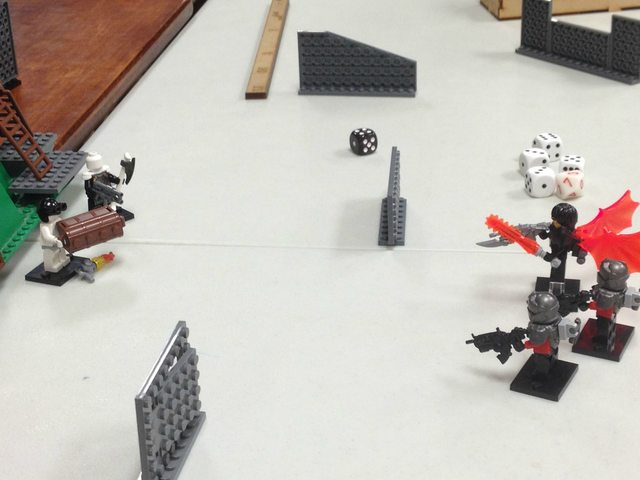 ..or so he thought... after a few of his troops got picked off by another player and I lost another fig, tides started to turn. 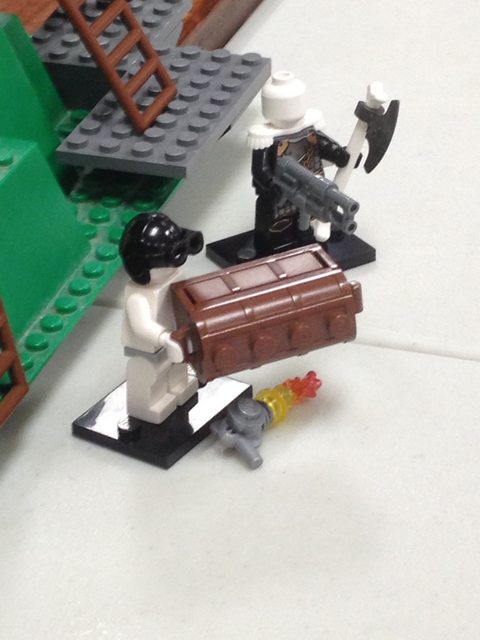 The remainder of dude's troops. the guy in the white shoulder pads was his hero. 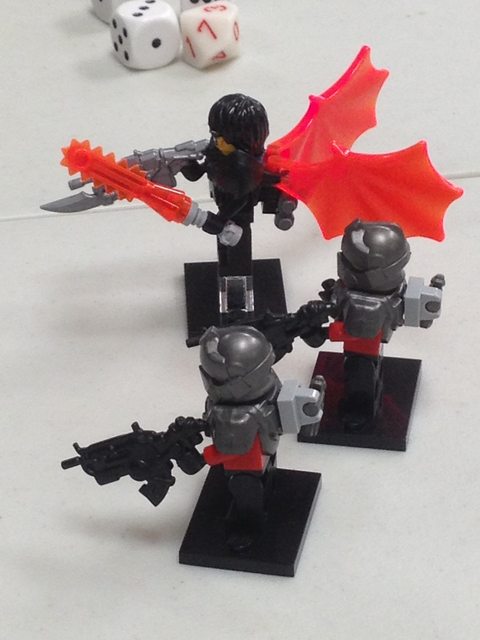 I moved in.... and the best part is unpictured, but basically my two remaining troops died, his last remaining troop died, and our heroes battled it out with melee weapons. I basically just managed to out roll him. Fluke win. 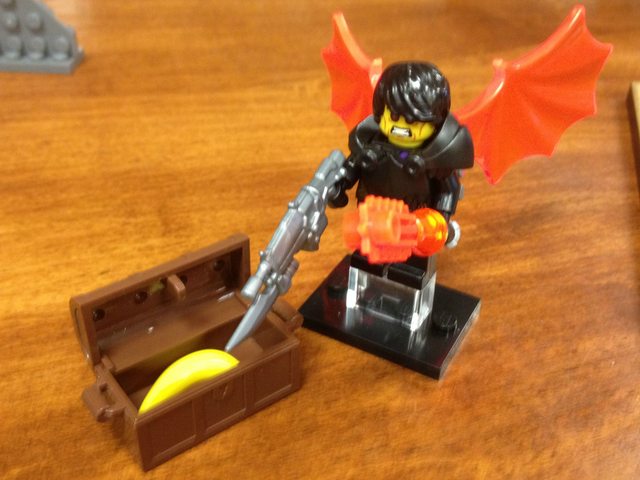 Victory photo. I won the banana.

EDIT: There are eight treasure chests. I can count I swear.
"Hey, you try making love to a complete stranger in a hostile, mutant environment, see how you like it."
Top

Seriously, this looked like it was a really fun game.

Yes it was, not just because I won either. It would have been fun no matter what. 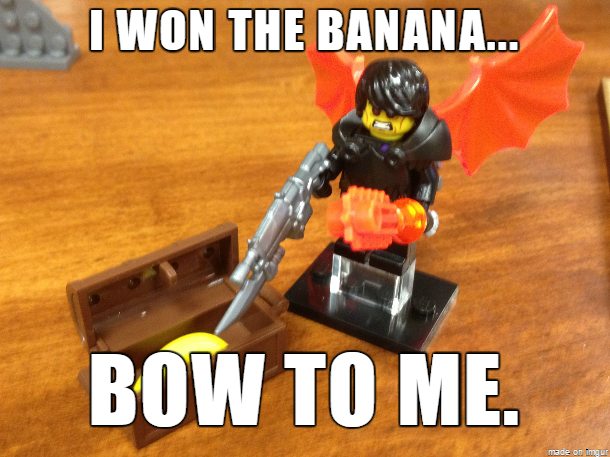 Last edited by Bluefog on Mon Oct 20, 2014 9:54 pm, edited 1 time in total.
"Hey, you try making love to a complete stranger in a hostile, mutant environment, see how you like it."
Top

Yeah, that looked really fun, It was a nice story too.
Phalek empire, S.P.A., Belgïe, My claim to not being a shitbuilder.