Sorry to any (if anyone) who saw this before completion, I clicked submit instead of save draft, then proceeded to delete the post before realizing that I could edit it. R.I.P. dignity.

This was just a random small 7-man-skirmish-capture-the-flag thingy, but since it looks like backstories are popular, I'll throw together some crap and hope it sounds decent.

Having fallen into serious debt with the Knights who say Ni, the Patrician of Tyranny was tasked with acquiring as many shrubberies as possible. Led by Farth Nader, a small company of the Patrician's forces were dispatched to a site known to be abundant with shrubberies. However, upon arrival, they discovered that another company of ill-repute had been sent out on a similar mission as their own. Battle ensues over which side will claim the most shrubberies.

Objective: Capture as many shrubberies as possible, or kill the enemy. (Sorry for the phone pictures, my camera was AWOL) 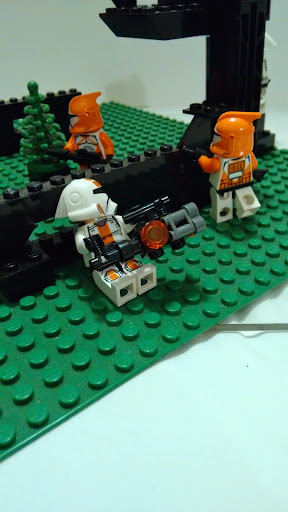 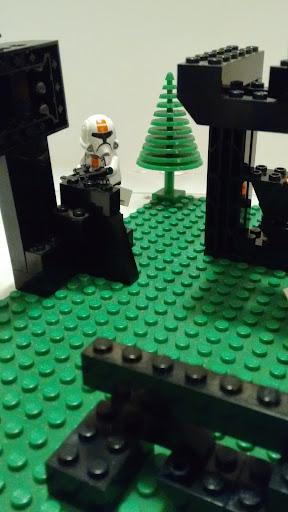 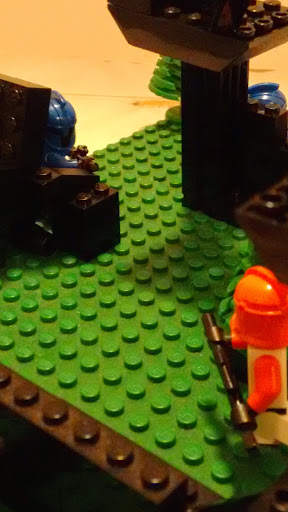 Team Blue's rifleman takes cover and exchanges shots with the Orange rifleman, but damage and use rolls were pathetic.

Farth Nader proceeds to demonstrate poor weapon construction and crappy lighting as his MGL backfires in the chamber. The Orange rifleman's response wasn't necessary, but he overkilled Nader to ensure his demise. The Blue flamer was disrupted. 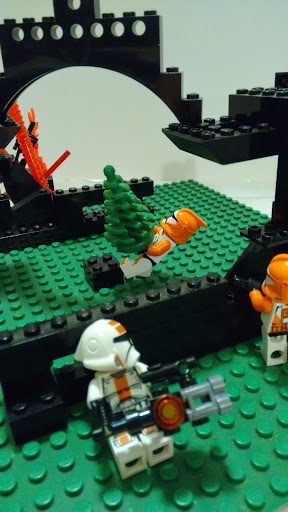 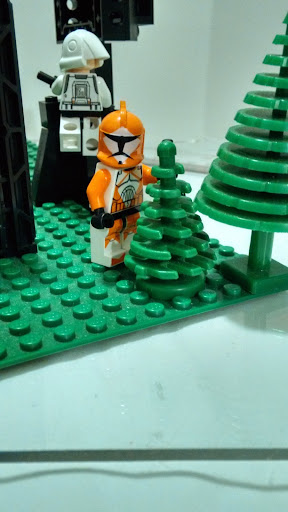 The Orange rifleman snatches the shrub (we decided that capturing the flag costs an action) and books it back to base. Between the smug look and lustful gaze upon the magikally regrown shrub, it's obvious he wants more. 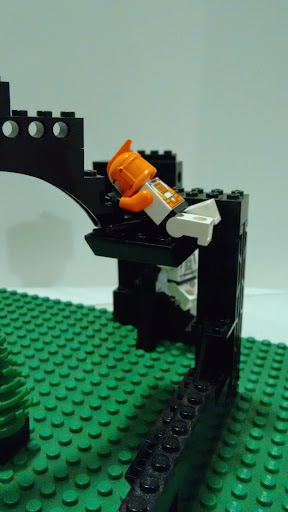 The Orange heavy moves up, as does an orange rifleman. He barely made it to the top, to Team Blue's disappointment. 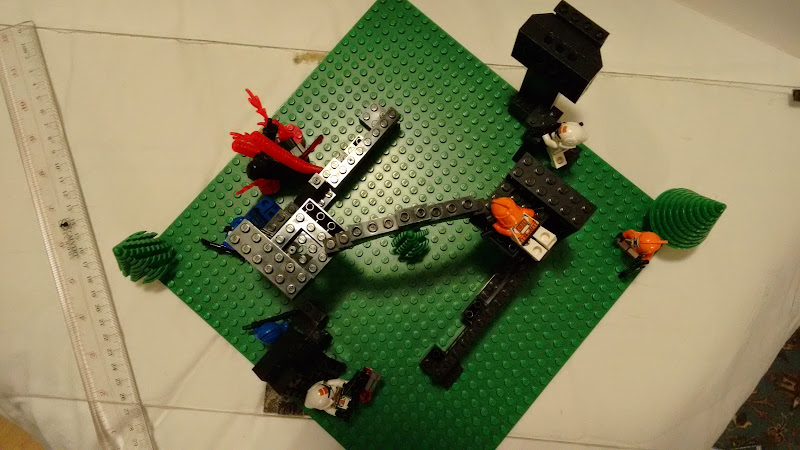 Here's a quick Overwatch if anyone is interested in the setup. 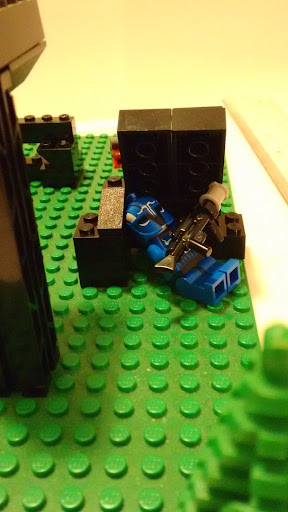 The Blue flamer gets up, takes a look at Farth Nader's smoking remains, and hastily swaps places with the Blue rifleman. 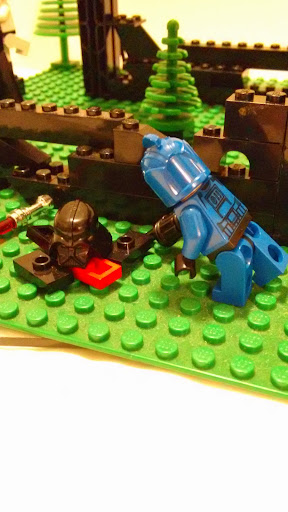 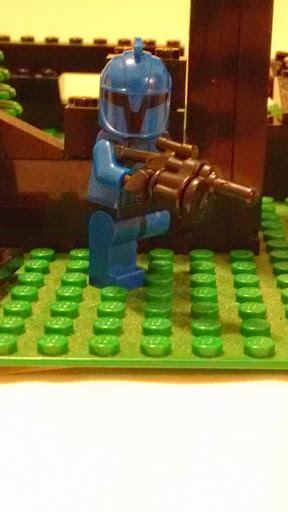 The Blue rifleman, obviously less squeamish than his captain, runs over to grab Nader's fallen weapon. He poses and gets prepares for some Ossum. 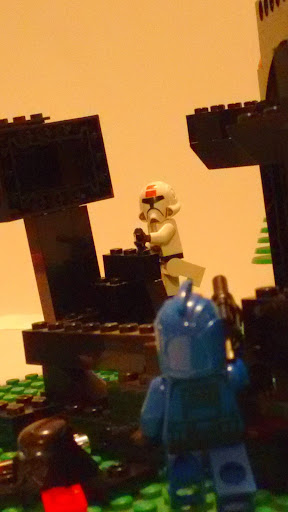 I'll let the pictures speak for themselves.

The fudge was abundant and very delicious.

The rifleman wastes no time in adding insult to fatal injury. 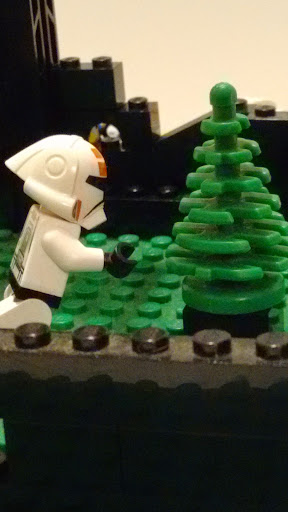 The Orange heavy dashes for the bush, and would have been broiled had the damage rolls not been pathetic. 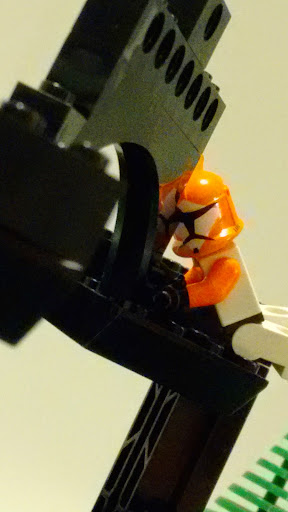 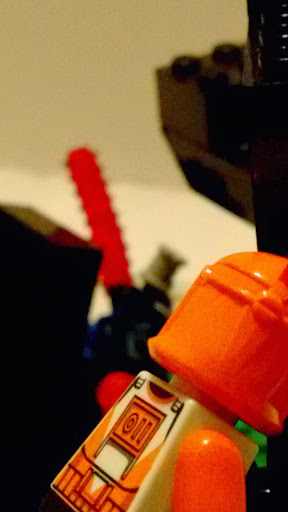 The Orange rifleman's rolls are less forgiving as the Blue flamer's head erupts into red mist. 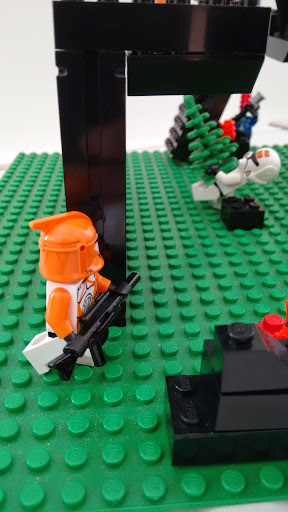 Overjoyed by his success, the Orange heavy grabs the shrub and does a little dance. The other rifleman watches his back. 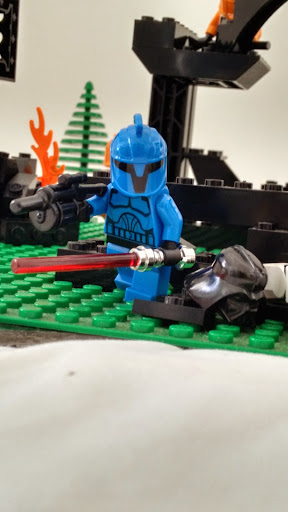 The Blue rifleman picks up Farth's... saber? He is successfully embraced by the Darkside of the Farce (+1 action for the turn) 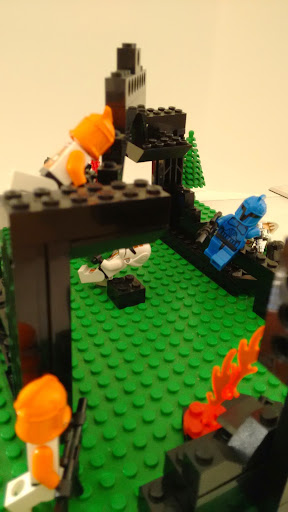 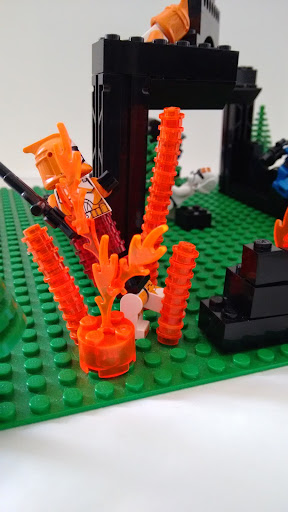 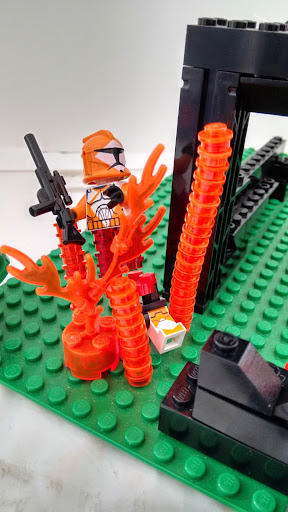 He promptly vaults the wall and gibs the Orange rifleman.

He then proceeds to gut the Orange heavy. He died with the single regret of not capturing the shrub. 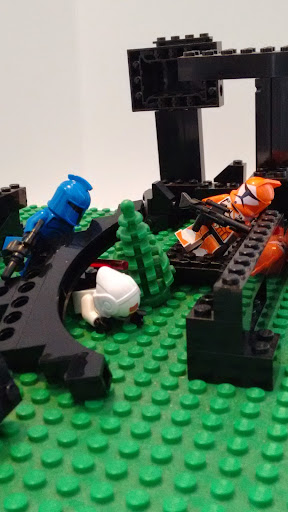 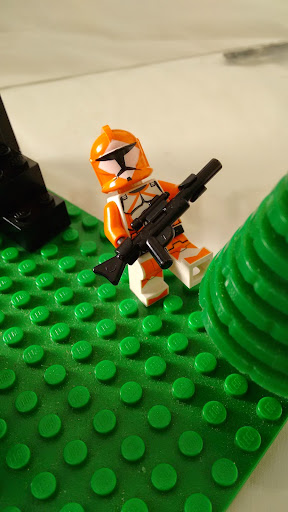 The rifleman senses an opportunity! He cheekily beats it back to the bush and leaves the map, thus winning the game while giving blue the finger. 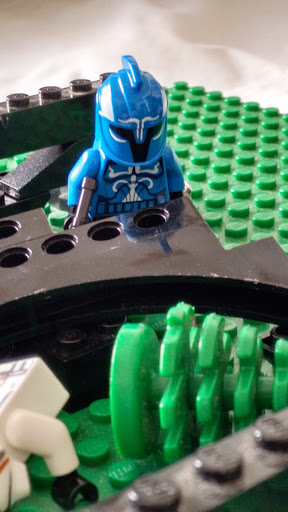 Is sad day. The Patrician certainly won't be pleased.

Long live the Lego MB!
- The Patrician of Tyranny
Top

Re: A Shrubbery Skirmish

Re: A Shrubbery Skirmish

Thanks! I love arcing studs like that, but it sadly stresses the sides. They're common enough though, so I enjoy the destruction while I can.